Check out our free word search, word puzzle and spelling games for kids and adults. 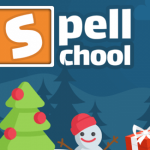 Spell School is an HTML word spelling game where players drag letter blocks into their correct position to spell the word associated with a picture shown above the letter tiles.

On easy mode where the letters goes is shown through light background highlighting, whereas on normal mode the highlights are not there. 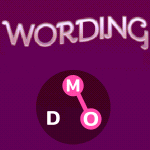 Wording is an HTML spelling game where players try to guess words based on random letter tiles provided.

Click or tap on the first letter in the word and then scroll onto the next subsequent letter in that word. Continue the same process until the word is spelled.

Players can often spell many words using some or all the tiles from each level. Some of the words are shown on the playing field and some are hidden secret bonus words. 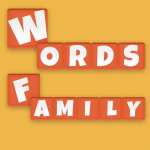 Words Family is a word puzzle game where players move pieces onto the puzzle playing field to spell words across in horizontal rows.

Levels are not timed, you can move pieces which were placed in the wrong positions, and your progress is stored in your local web browser.

Each level is beat when every horizontal line on the puzzle spells a word. 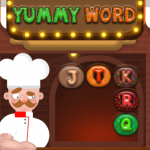 Yummy Word is an HTML word spelling and word finding game where players scroll over letter tiles to spell the various word options they can make using those letters.

Players can select from 4 different categories: general, food, art, and places. General has 100 words while the other categories contain 50 words each.

Clues or categories are shown at the top of the playing field. You can click on the help button on the lower left corner to have a letter played. If a phrase has multiple words you can enter one word at a time.