Play Catch That Fish as a stand alone web app.

This is a simple fishing and educational spelling game for young learners. Help the fisherman on the boat spell the words above them by catching the right fish.

Children and parents can play this A, B, C letter tile fishing game by clicking in the window below.

Alternatively kids and adults can play this spell words fishing video game for free as a web application here.

Catch the fish with letters that spell out the word on top of the fisherman.

Like This Game? Review This Word Spelling Video Game for Young Girls & Boys 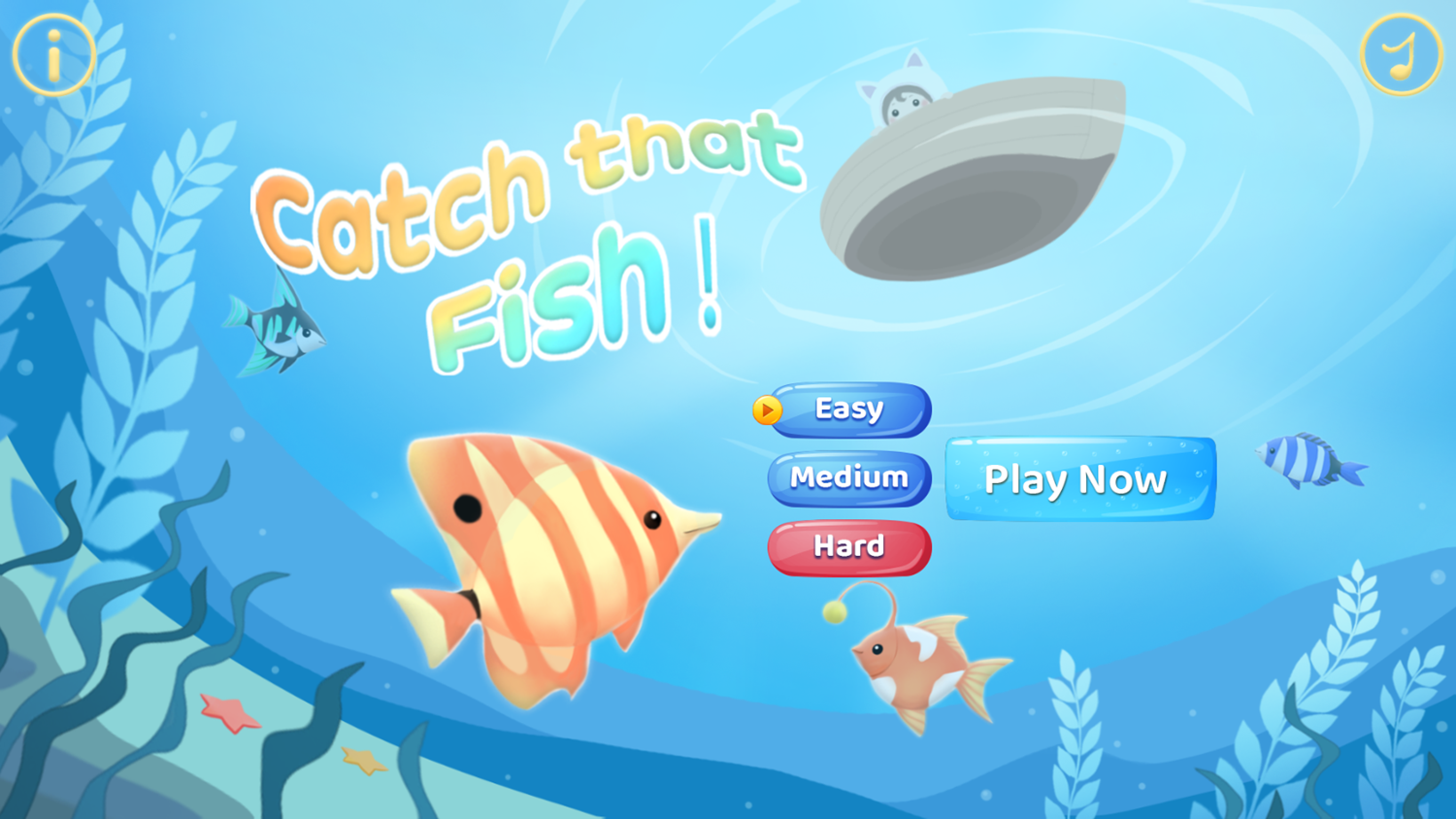 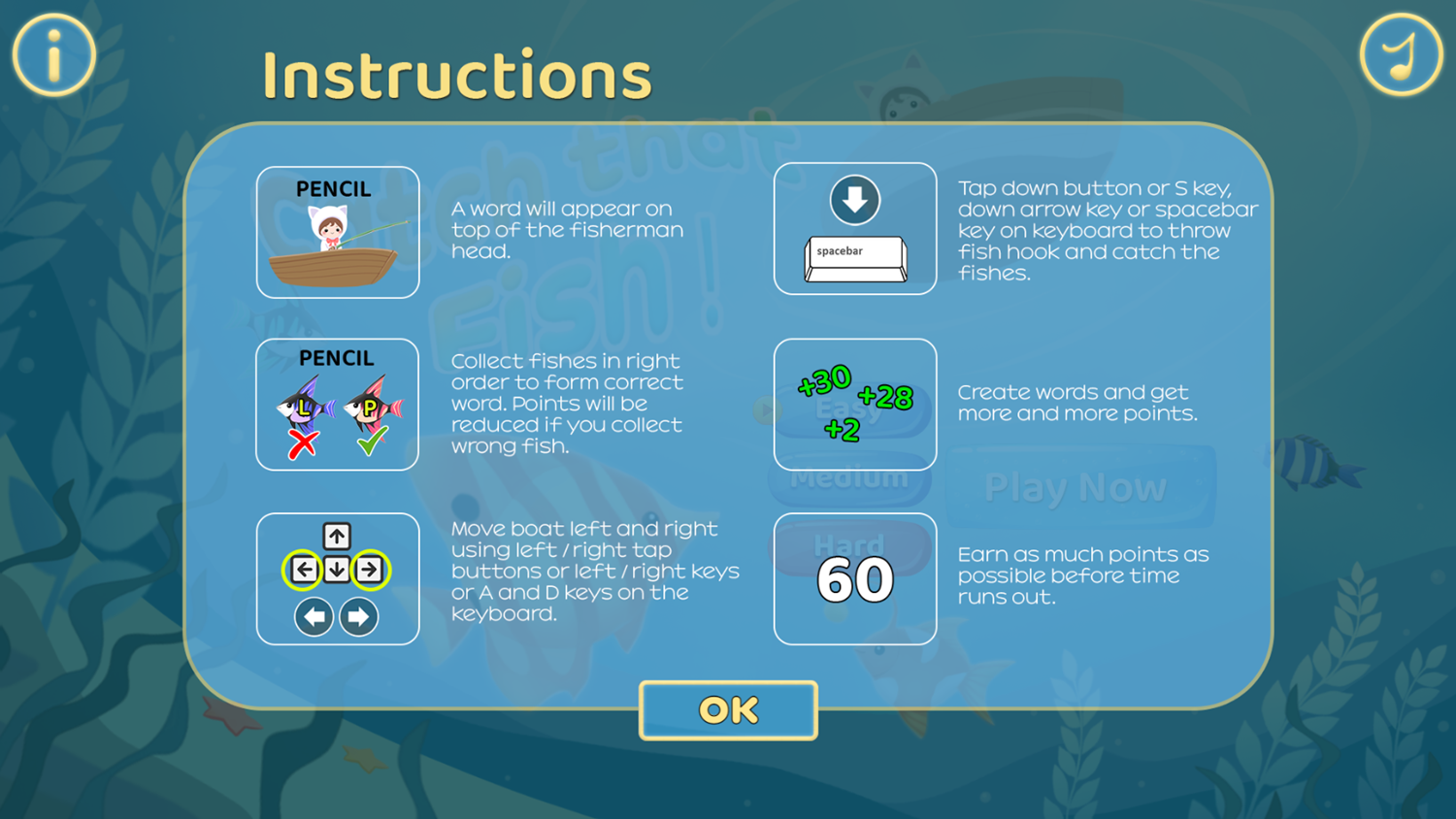 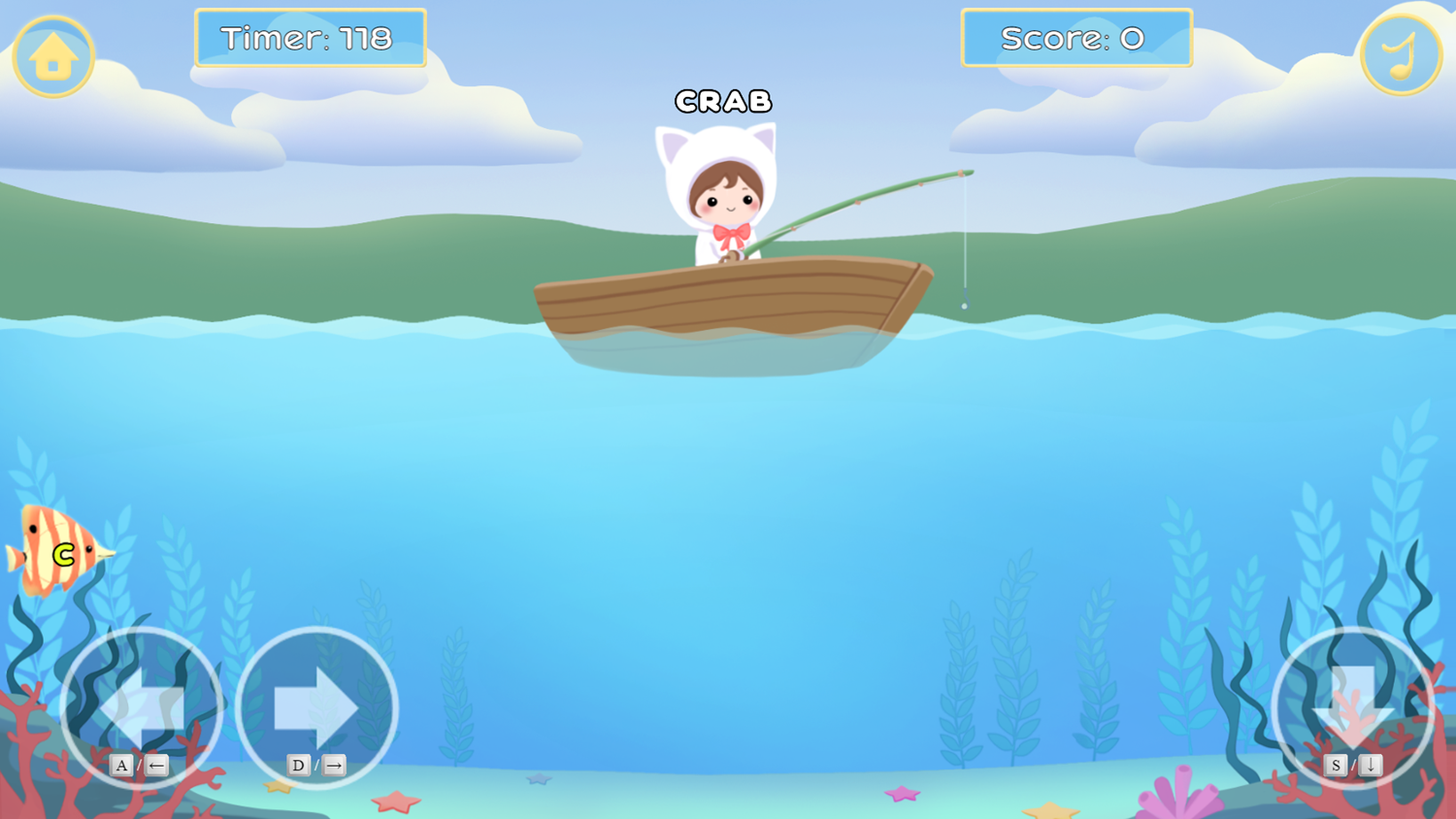 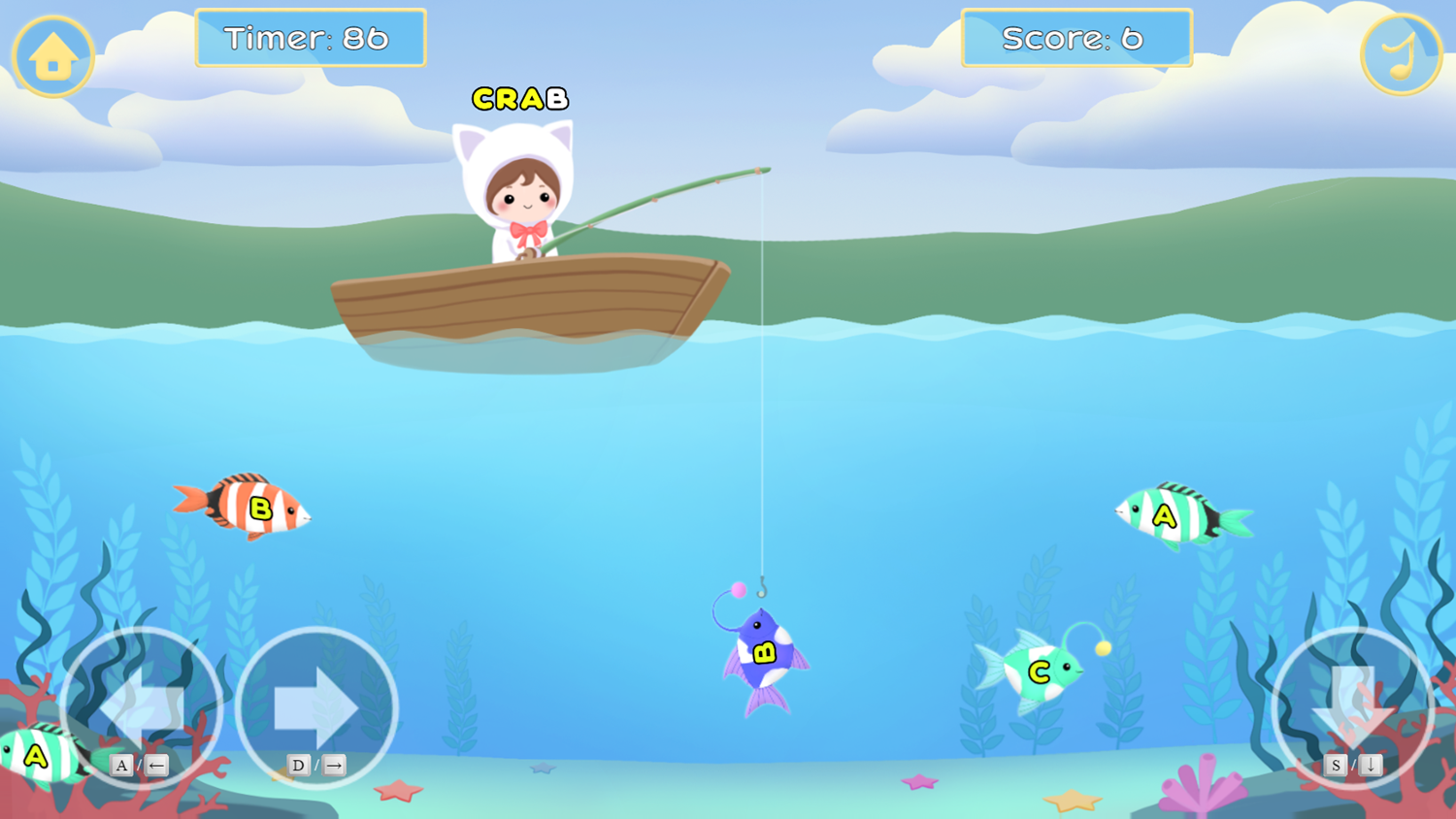 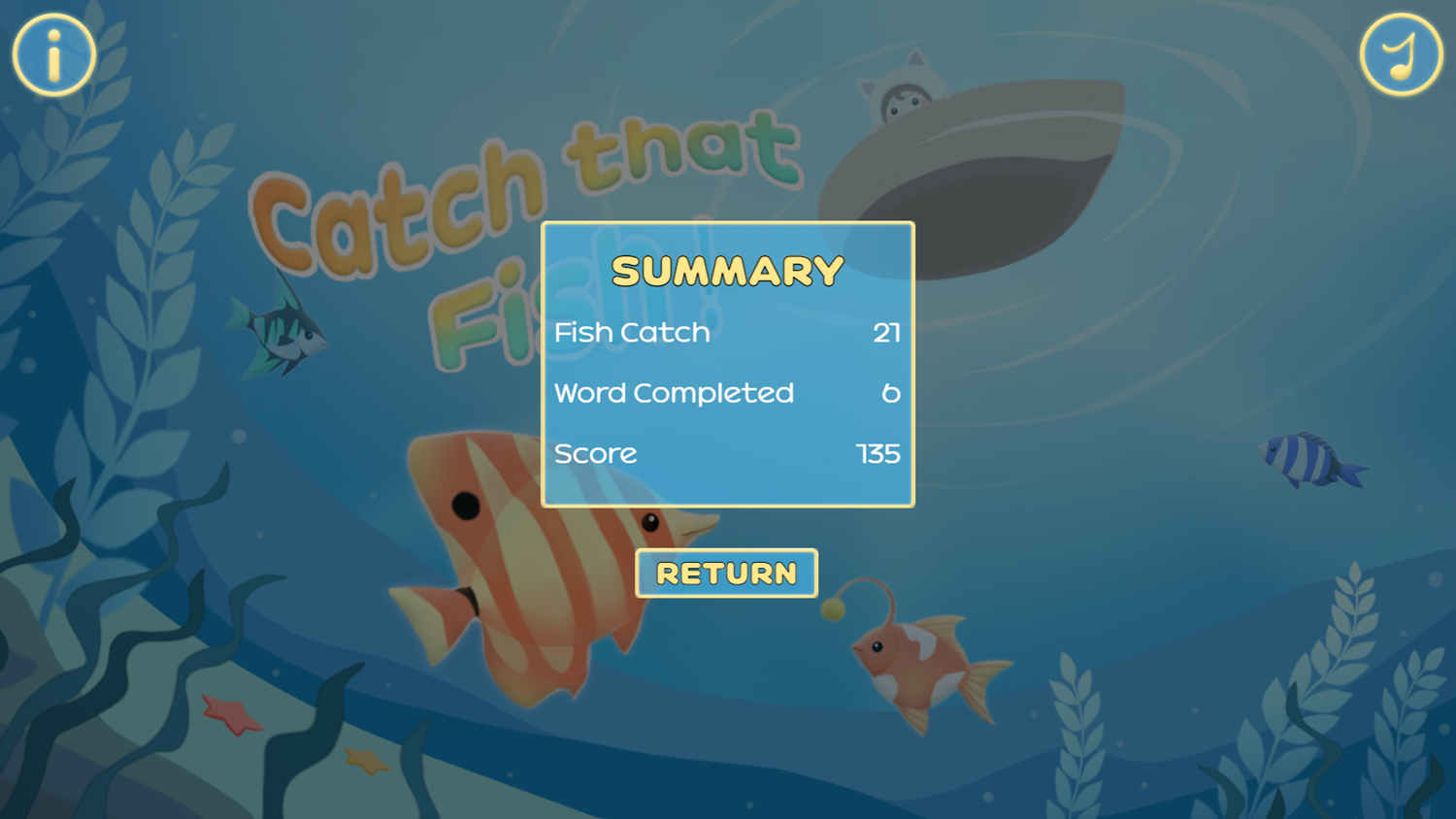 This game was published in these categories: Alphabet. You can visit any of them to select other fun games to play.