This game is both a play on words and a game where you play with words. Explore the magic of the English language today! 😀

Children and parents can play this spell platforming game by clicking in the window below.

Alternatively kids and adults can play this logic puzzle video game versus the computer for free as a web application here.

Move the wizard to the goal location at the end of each level. Use spells to create new platforms to cross while avoiding spikes and other dangers. 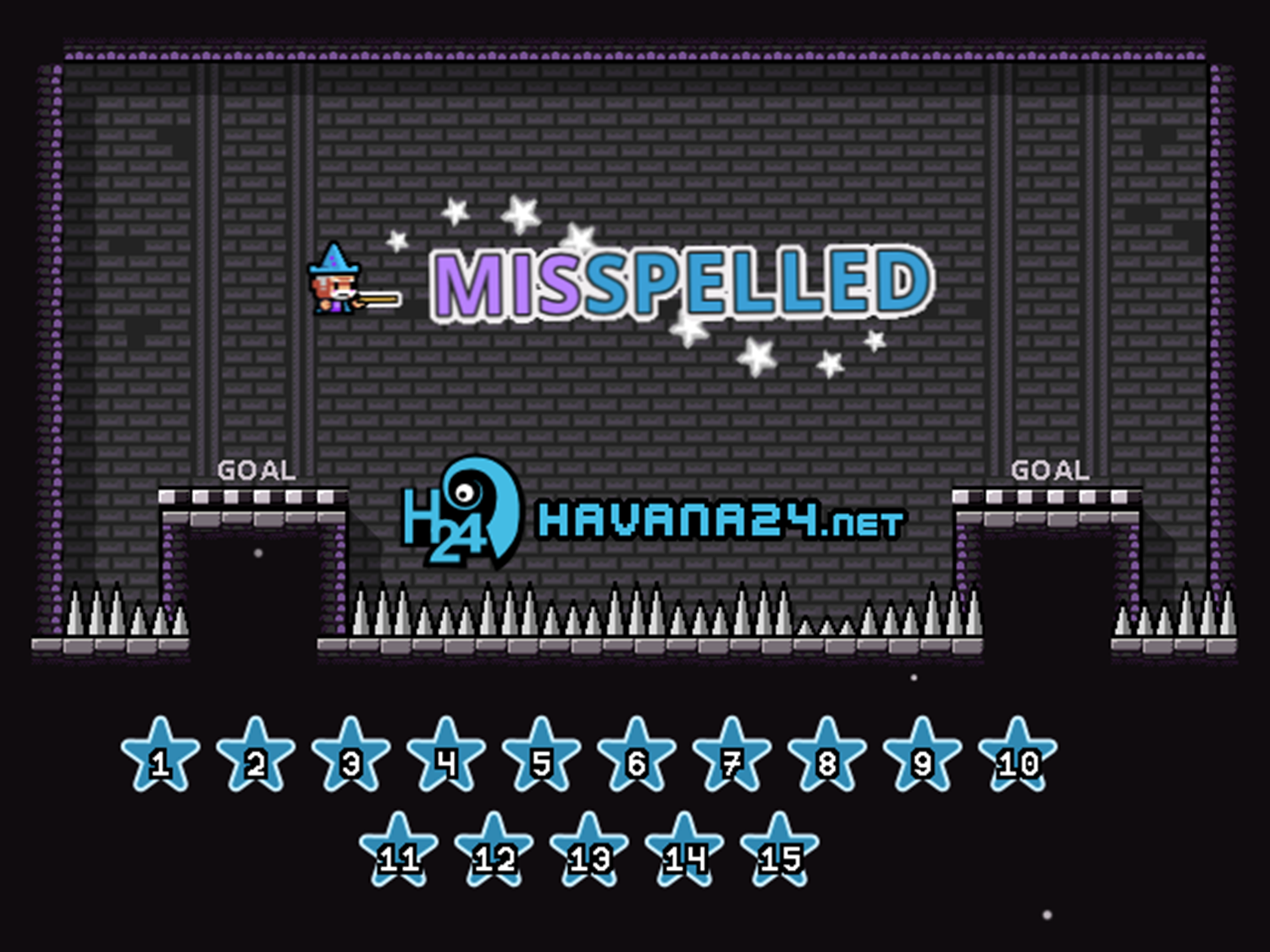 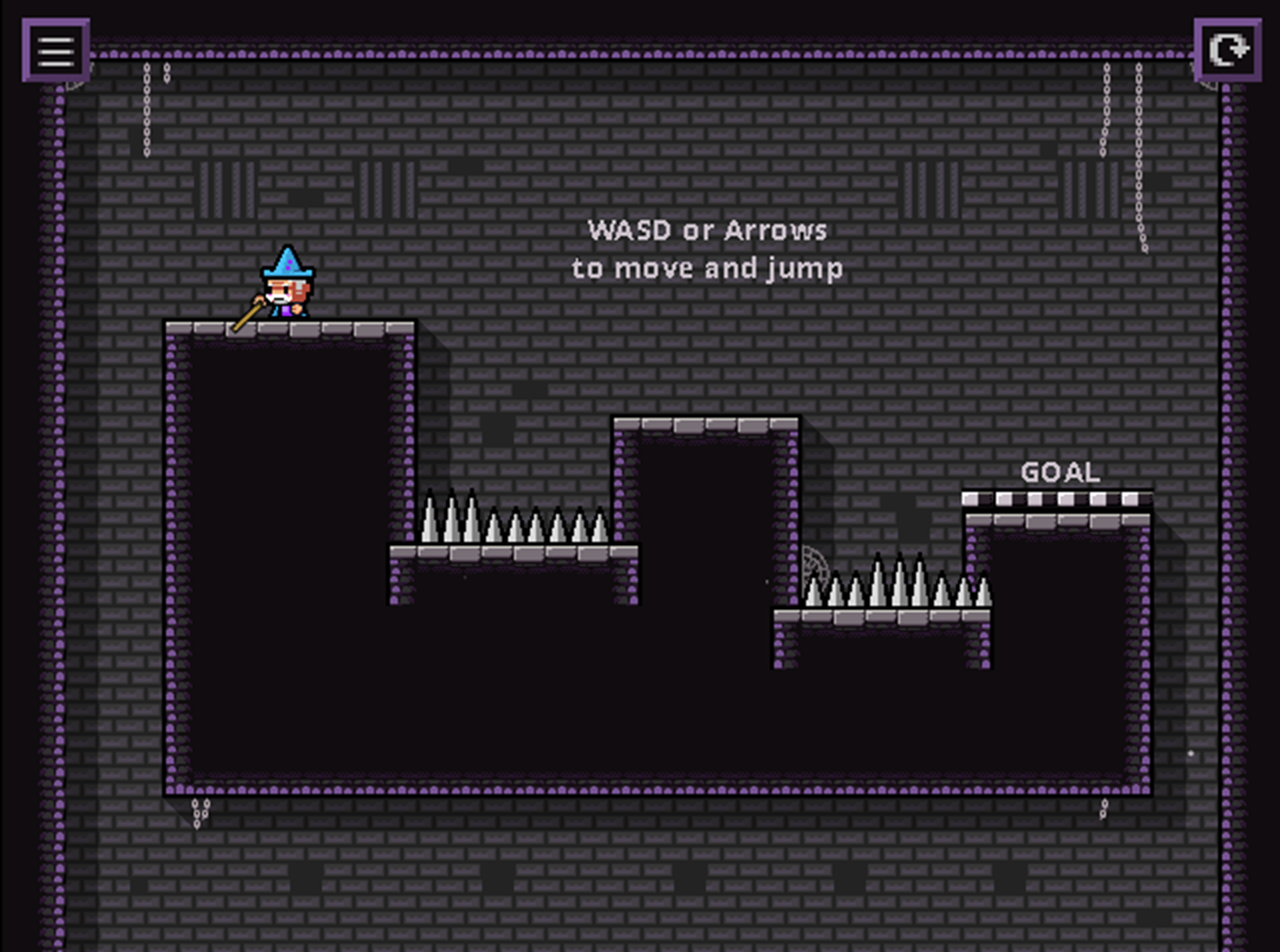 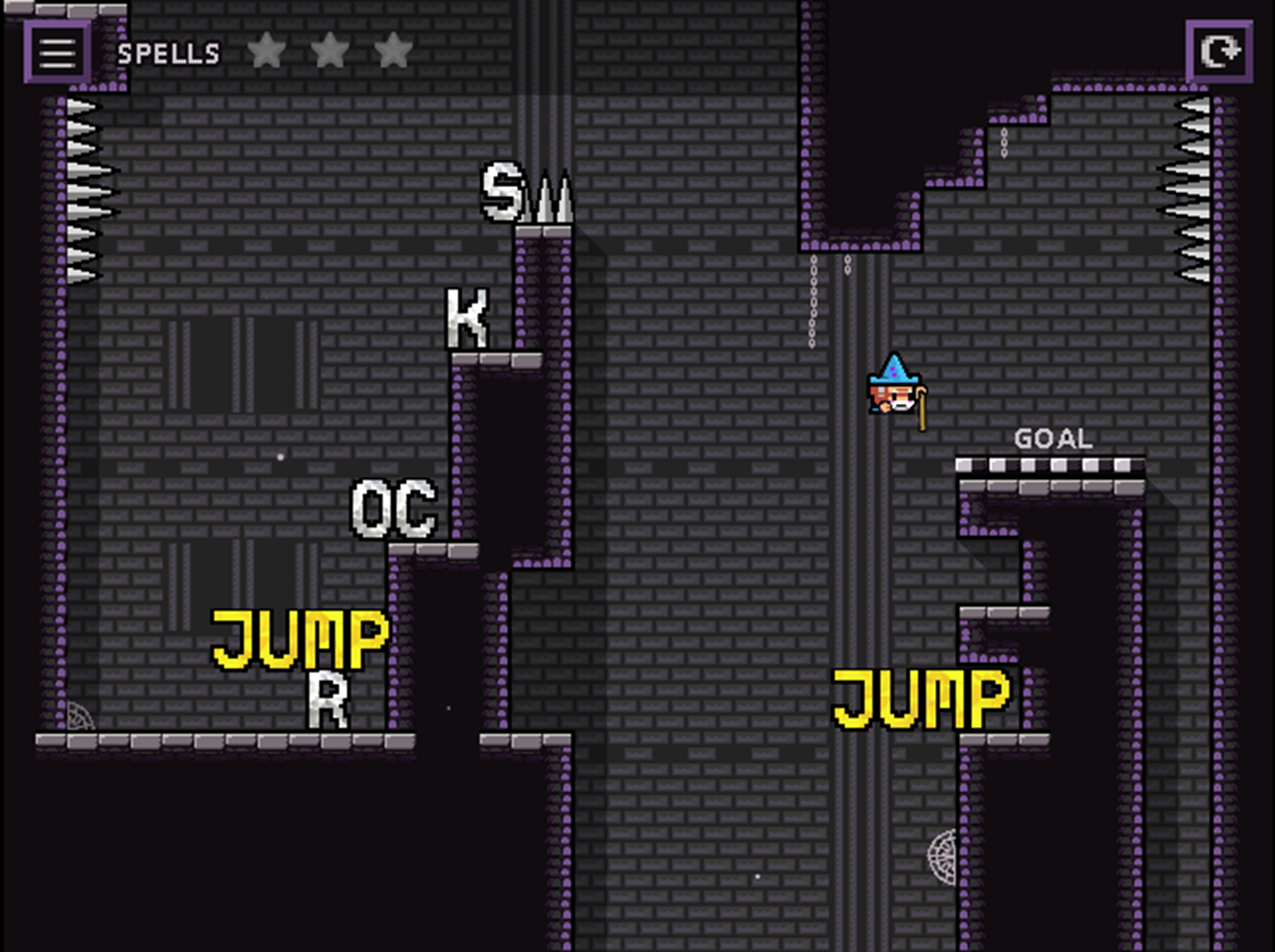 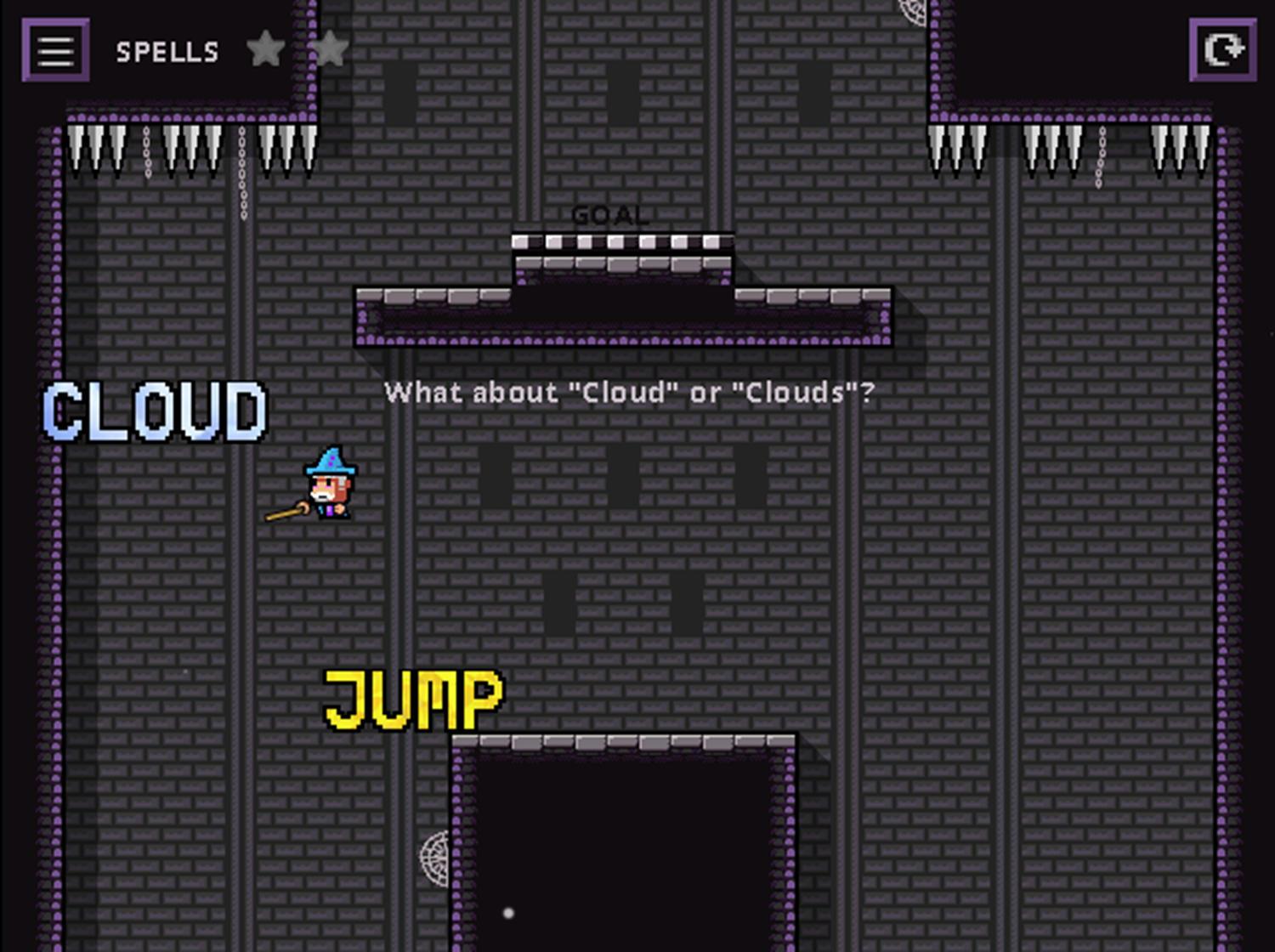 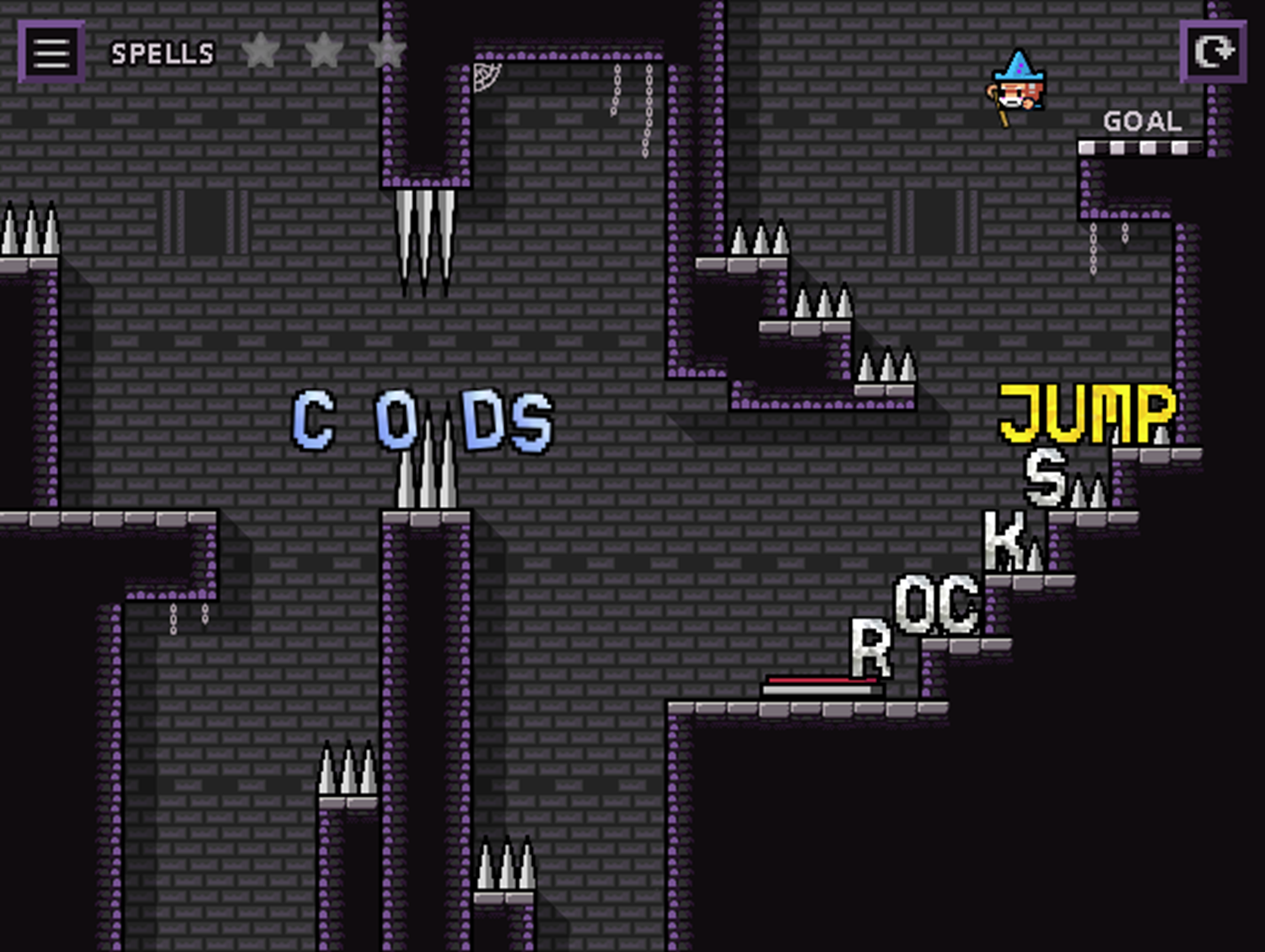 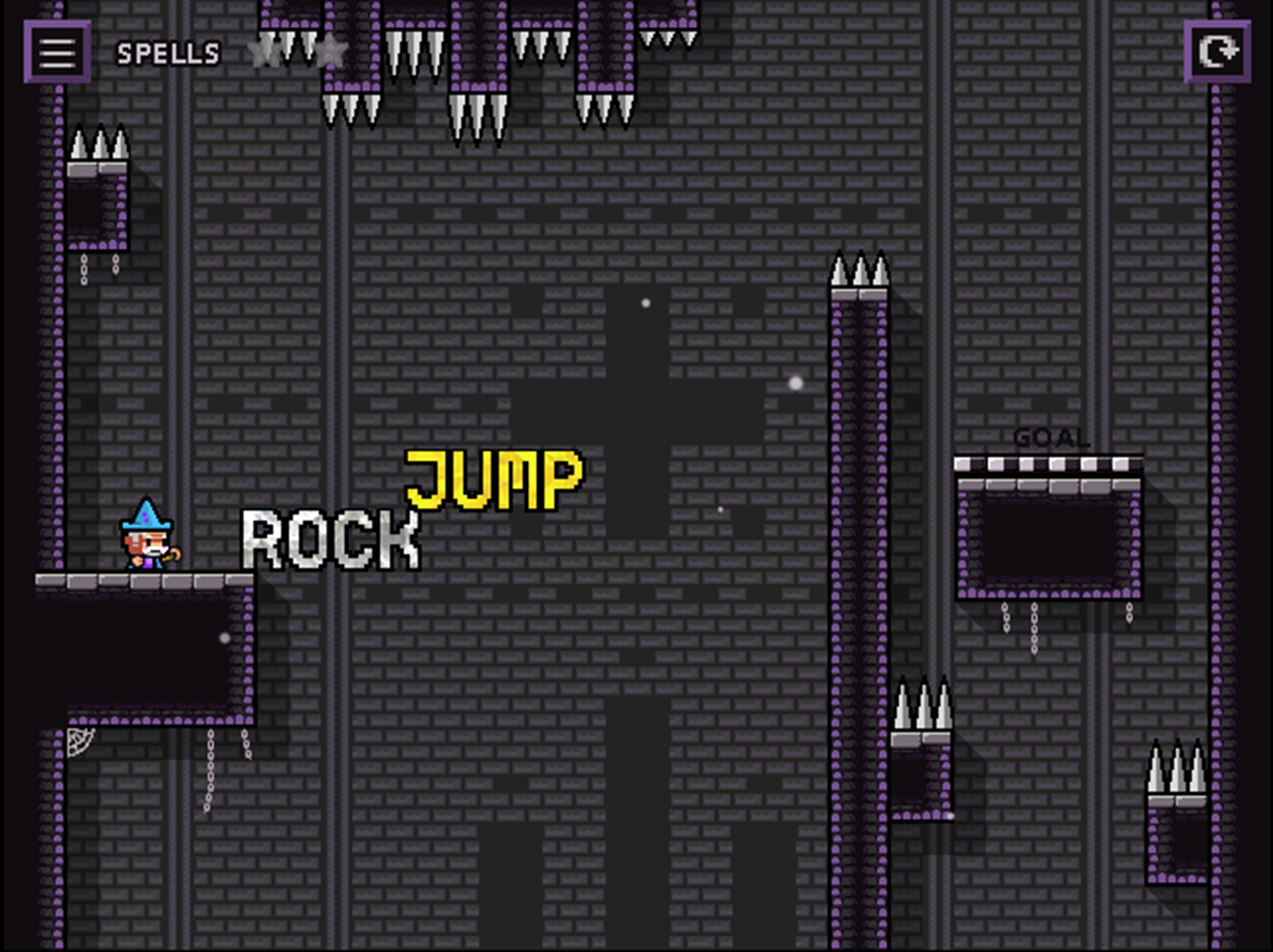 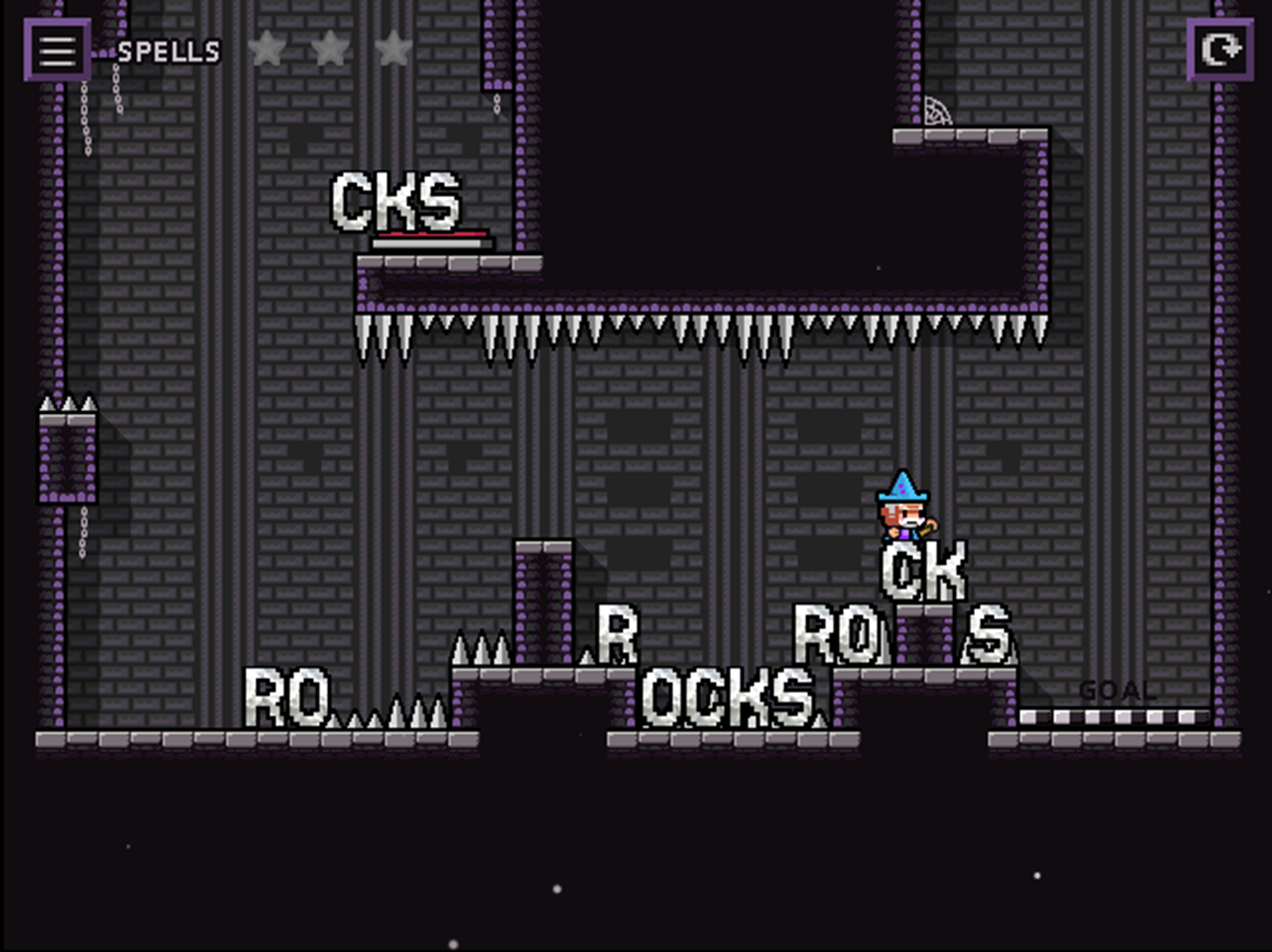 This game was published in these categories: Escape, Logic, Pixel, Platform, Word. You can visit any of them to select other fun games to play.