Play Adventure Time Rumble In The Nightosphere as a stand alone web app.

This is a cute 15-level flying fight game where you aim to bump and crush demonic creatures, while they try to cut away your soul balloons.

Play in one player mode as Peppermint Butler (AKA: Pep-But or Peps) or play locally in 2-player co-op mode with the second player controlling Starchy.

Children and parents can play this beautiful flying fight game by clicking in the window below.

Alternatively kids and adults can play this cartoon flight battle game for free as a web application here.

Hit your enemies before they hit you. Fly slightly above the skeletons, bats and other evil creatures then descend on them to hit them in the heads. 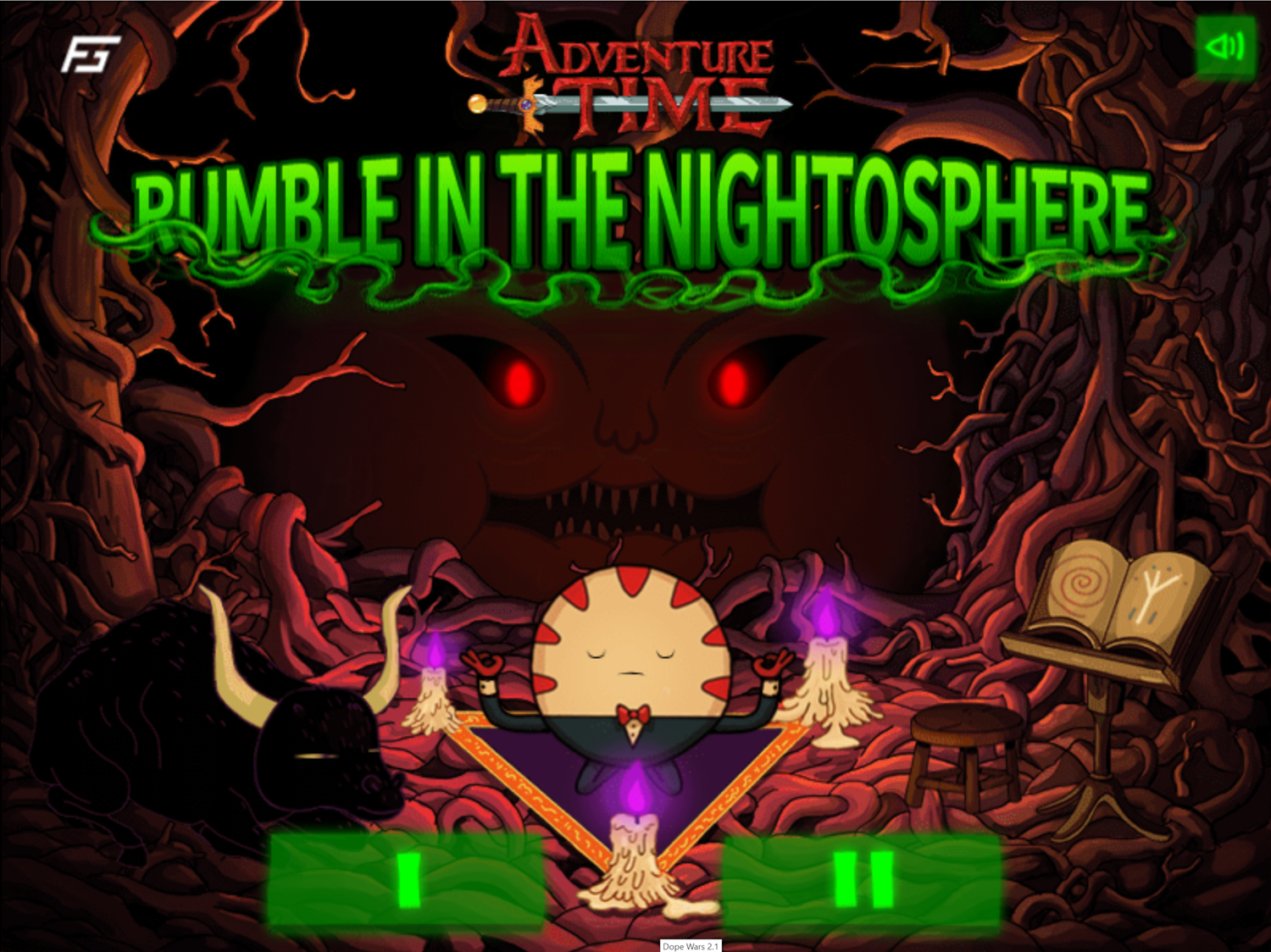 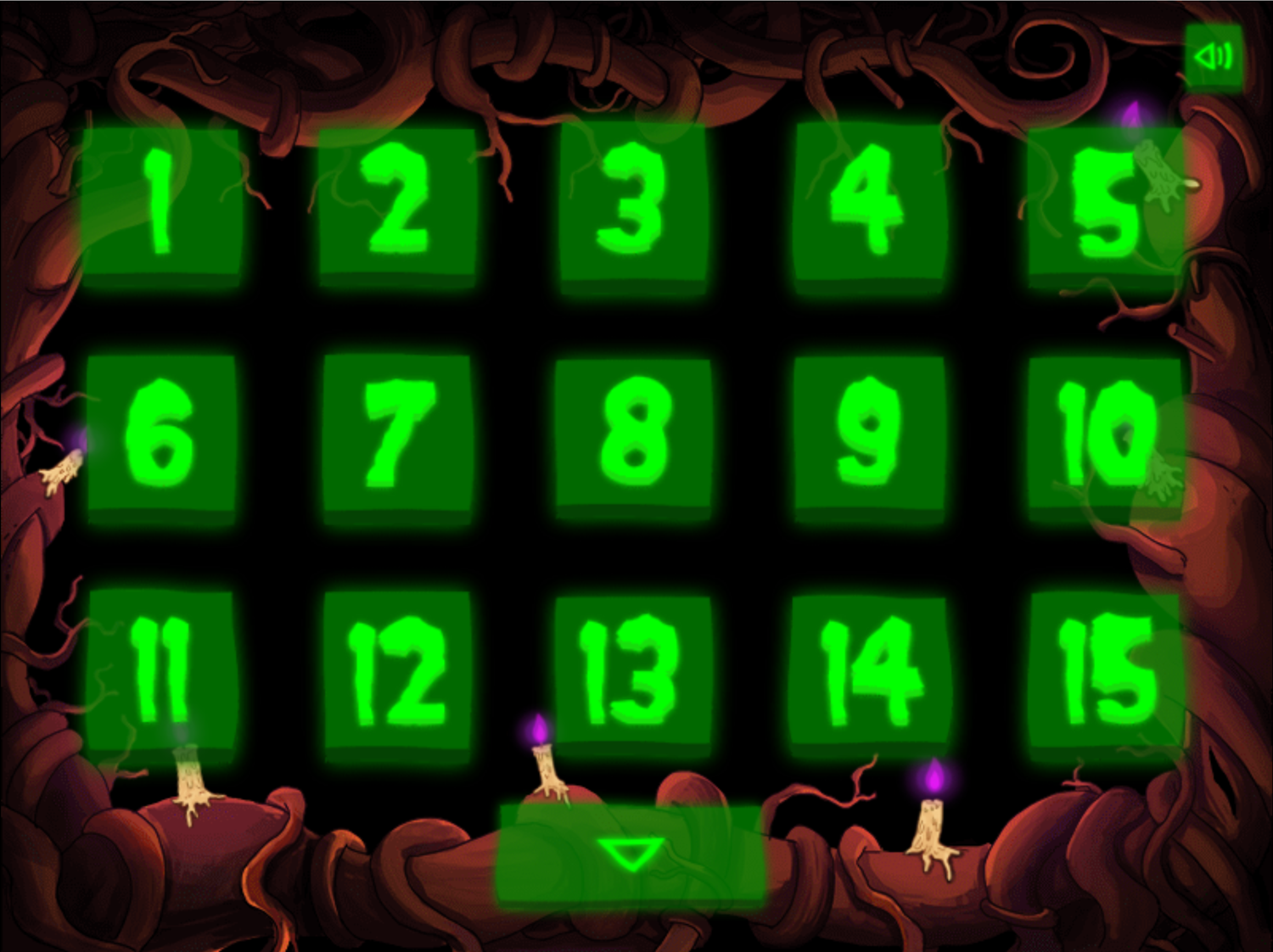 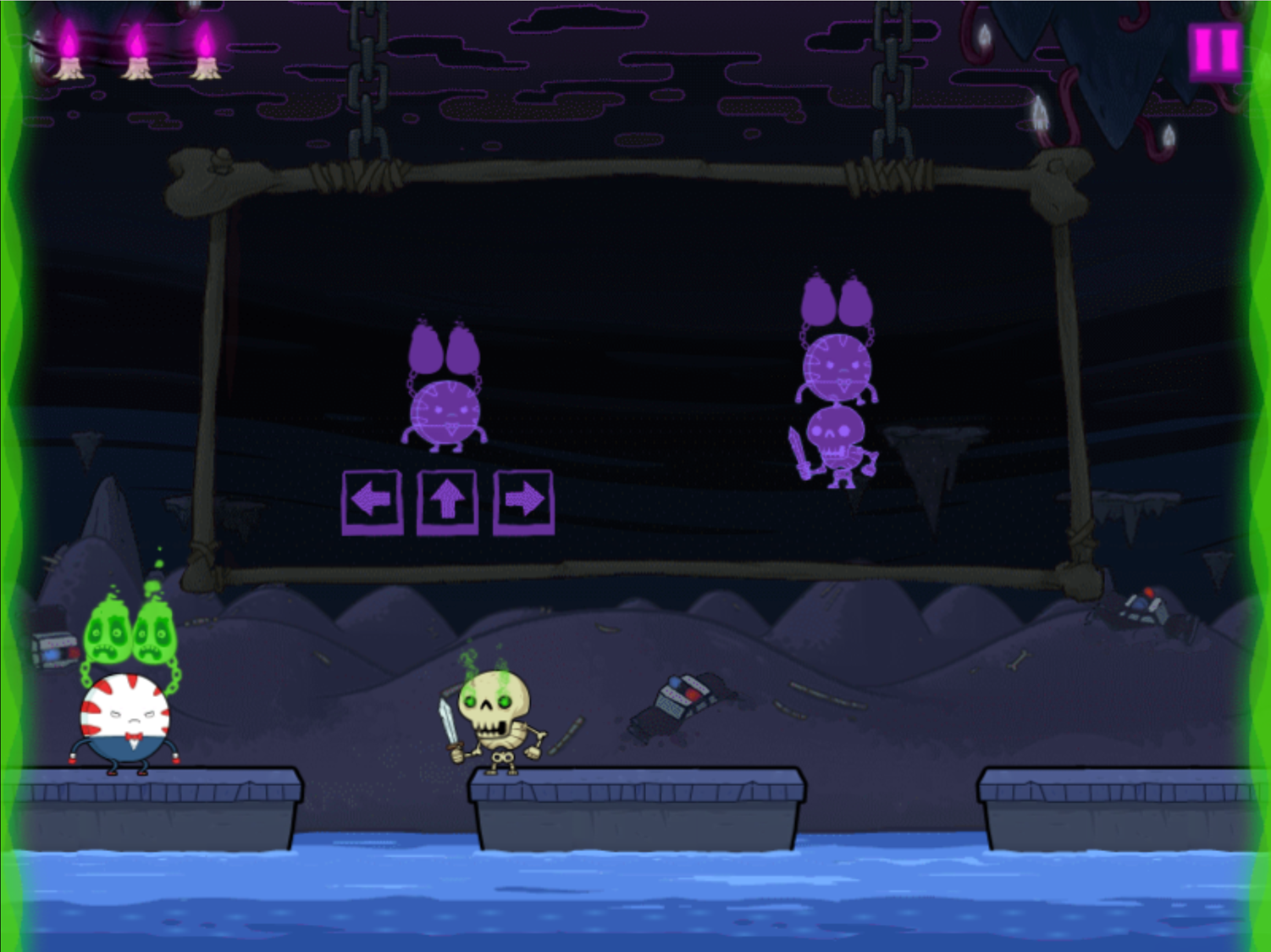 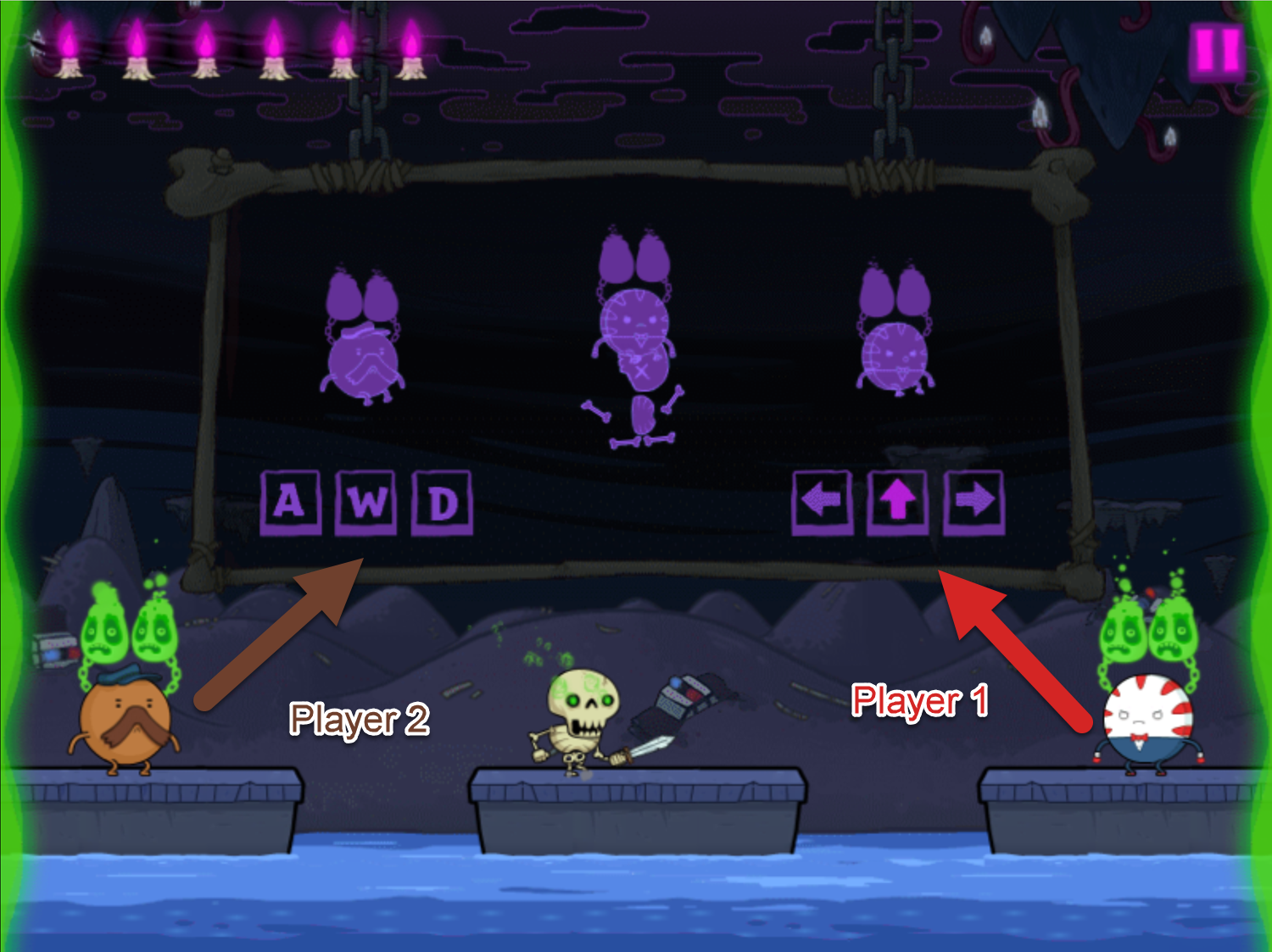 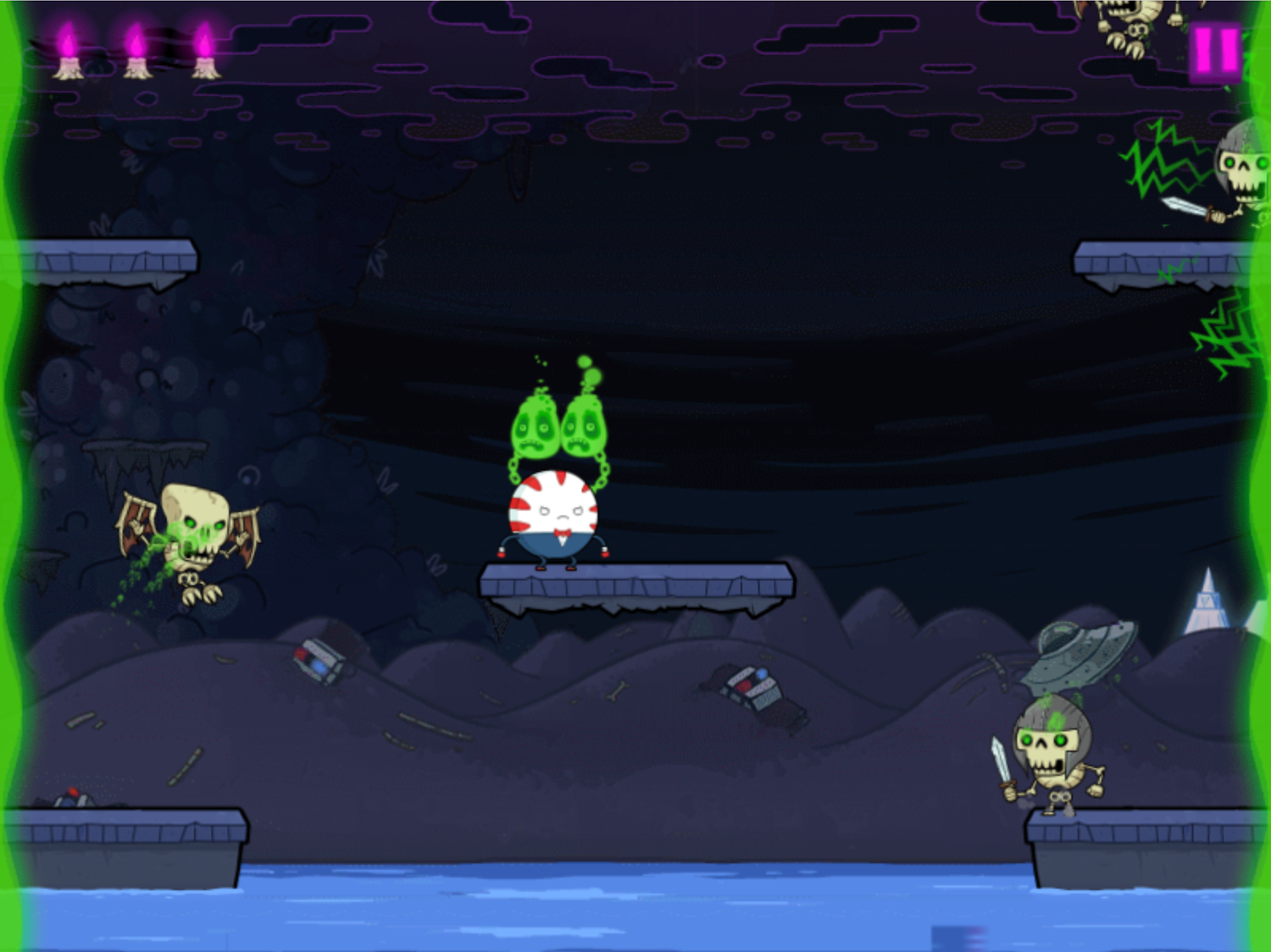 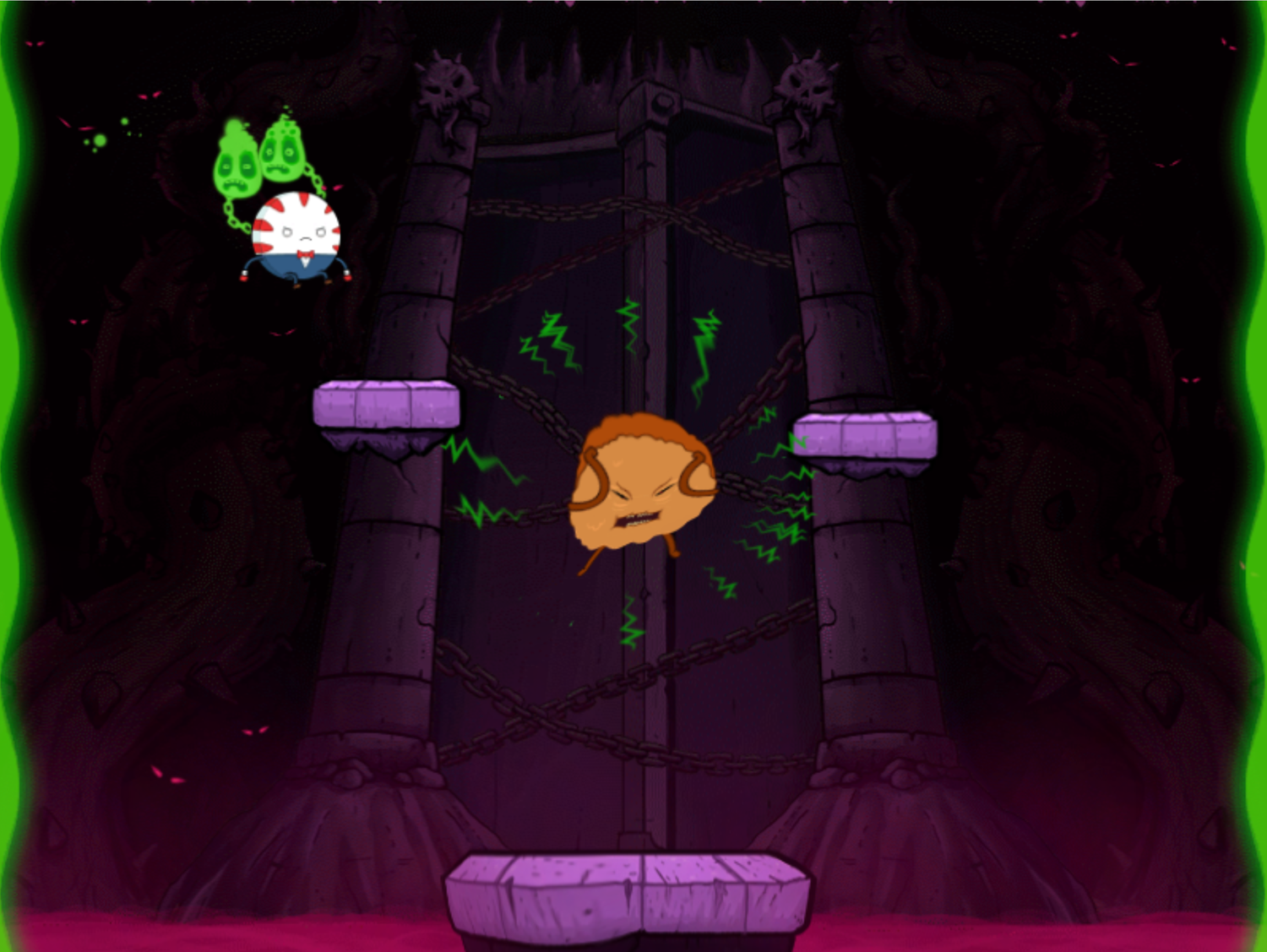 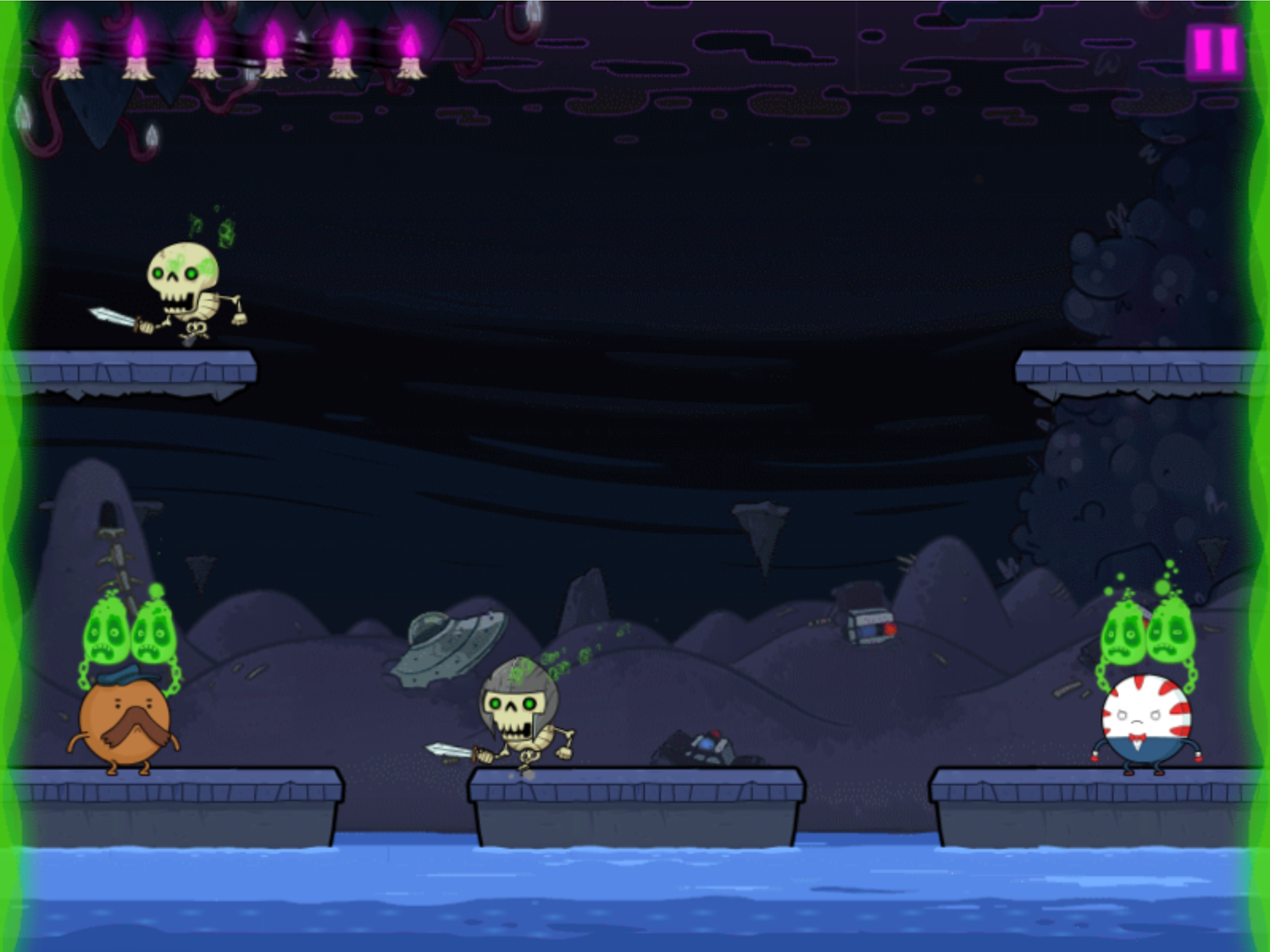 This game was published in these categories: 2 Player, Adventure Time, Fighting, Flying. You can visit any of them to select other fun games to play.

One comment on "Adventure Time Rumble in the Nightosphere: Balloon Fighter"