We’ve published hundreds of games on this site since it was founded & this game is easily the favorite of the founder of this site. This is a 30-level tower defense game which has an amazing amount of strategic depth to it.

Children and adults can play this challenging but fun base defense game by clicking in the window below.

Alternatively kids and parents can play this 30-stage tower defense strategy as a web application here.

Build towers to defeat enemies which enter the screen & do not let 10 leave the level alive or it is game over.

This is the initial tower you have available at the beginning of the game. It shoots arrows at enemies & is not that powerful, though is precise. The increased shooting speed at level 3 turns this from a weak weapon into a formadble one which does a great job wiping away the remaining health of enemies which have already been weakened by more powerful towers like the Rocket Launcher or Flamer.

This is an ariel weapon which shoots stone balls at passing enemies. The Rocket Laucher is a much upgraded version of this with greater range and damage.

This is not directly a weapon, though it allows other weapons to do more damage by slowing down enemies. Placing a Flamer tower near one of these and having a Rocket Launcher in the background can do a lot of damage to enemies in a short period of time.

This tower is similar to a Tesla coil in how it shoots electricity at nearby enemies. When enemies are hit by this they also temporarily slow down.

This tower is like the Ballista tower, except it has much more range and a more powerful shot. The load time is slightly slower, but that is more than made up for by the higher damage level combined with the vastly extended range.

This is the singular most powerful tower in the game. When you put one or two of these near a Tar Pump it can do a lot of damage to most opponents which are slowed down by the Tar Pump as they burn to a crisp. These towers work well almost everywhere except for one spot: they do not work too well on the very last end boss of the game, as he is fire based.

This tower does an amazing amount of damage, however it has a couple big problems in terms of a slow reload time and questionable accuracy (sometimes the mines will fly on a neighboring path rather than the path you intended them to land on).

You can compensate for the two weaknesses in levels where there are many places to build towers by placing many of these fairly inexpensive towers near each other. In fact, on a level like #28 you could almost use nothing but Mine Dropper towers in almost all placements other than setting up Tar Pumps with Flamers near the beginning and end of the level.

Other than the strong damage done, one other benefit of Mine Dropper towers is the last round of mines dropped still stay in place even if you remove the tower and replace it with something else. Given that a fully upgraded mine tower costs 550 and you get 440 of that back when you sell it, you would be able to buy a near end level insurance policy for an outlay of only 110.

This tower is one you should place near the end of some levels. It sucks nearby enemies in and places them back to an earlier part of the level, forcing them to walk through the same path again. This tower is needed to beat the end guy of the game on level 30.

If you get less than 3 stars on a level you can still unlock other levels, unlock upgraded towers & then come back and get 3 stars on the levels you had fewer stars on earlier.

Strategy guides are organized by map. I did the first and final maps, but if you want any other levels done just ask. 🙂 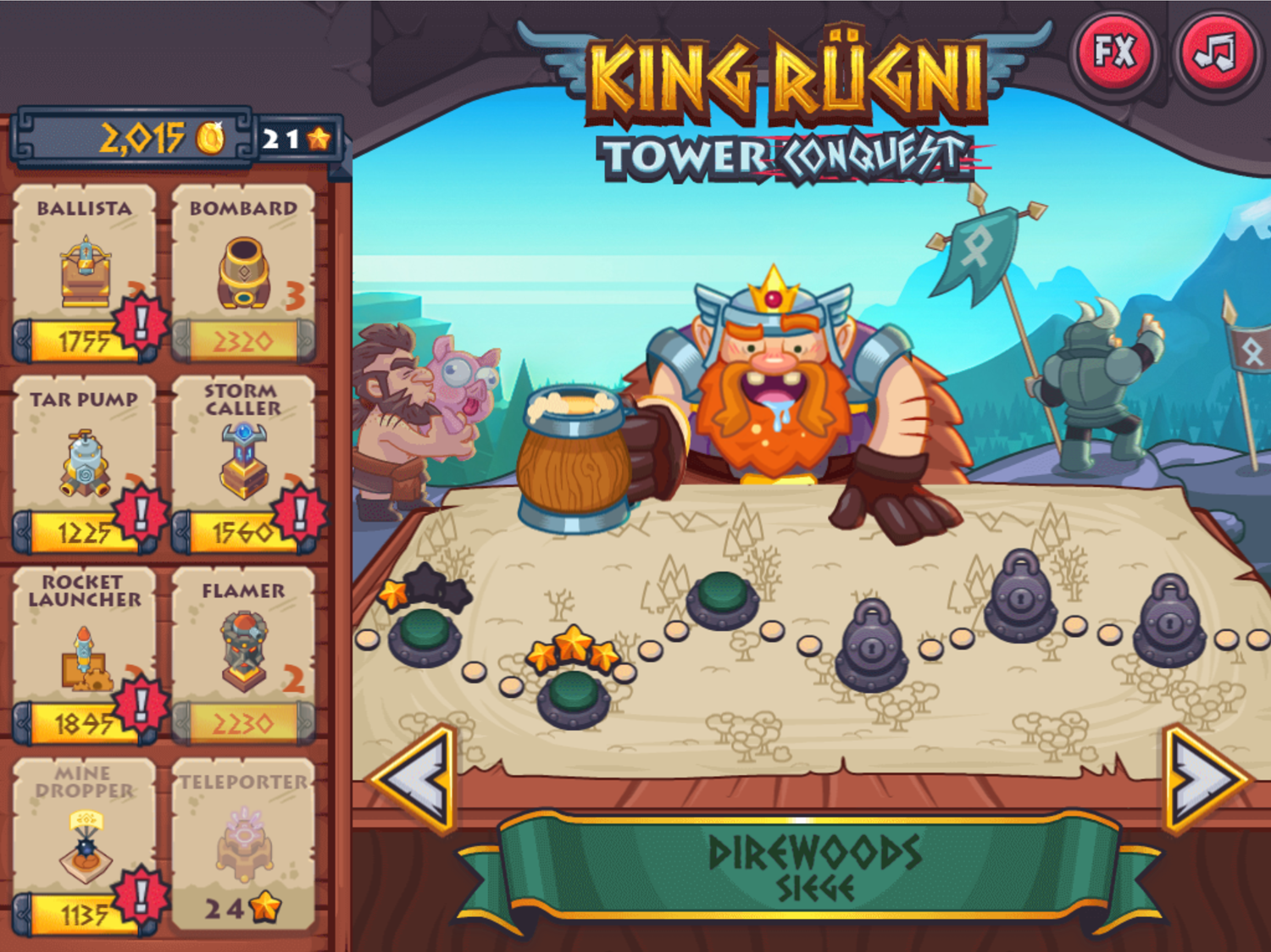 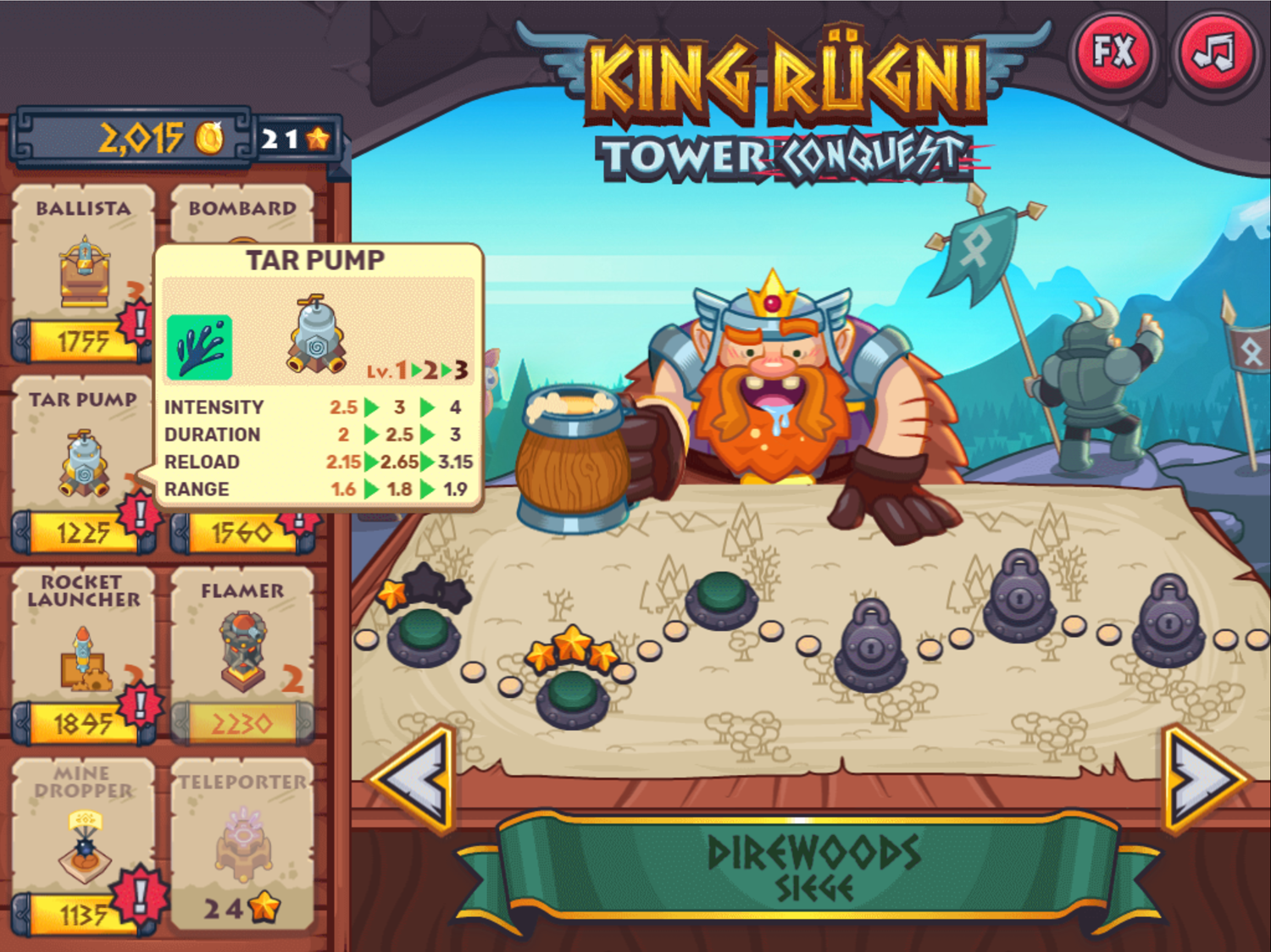 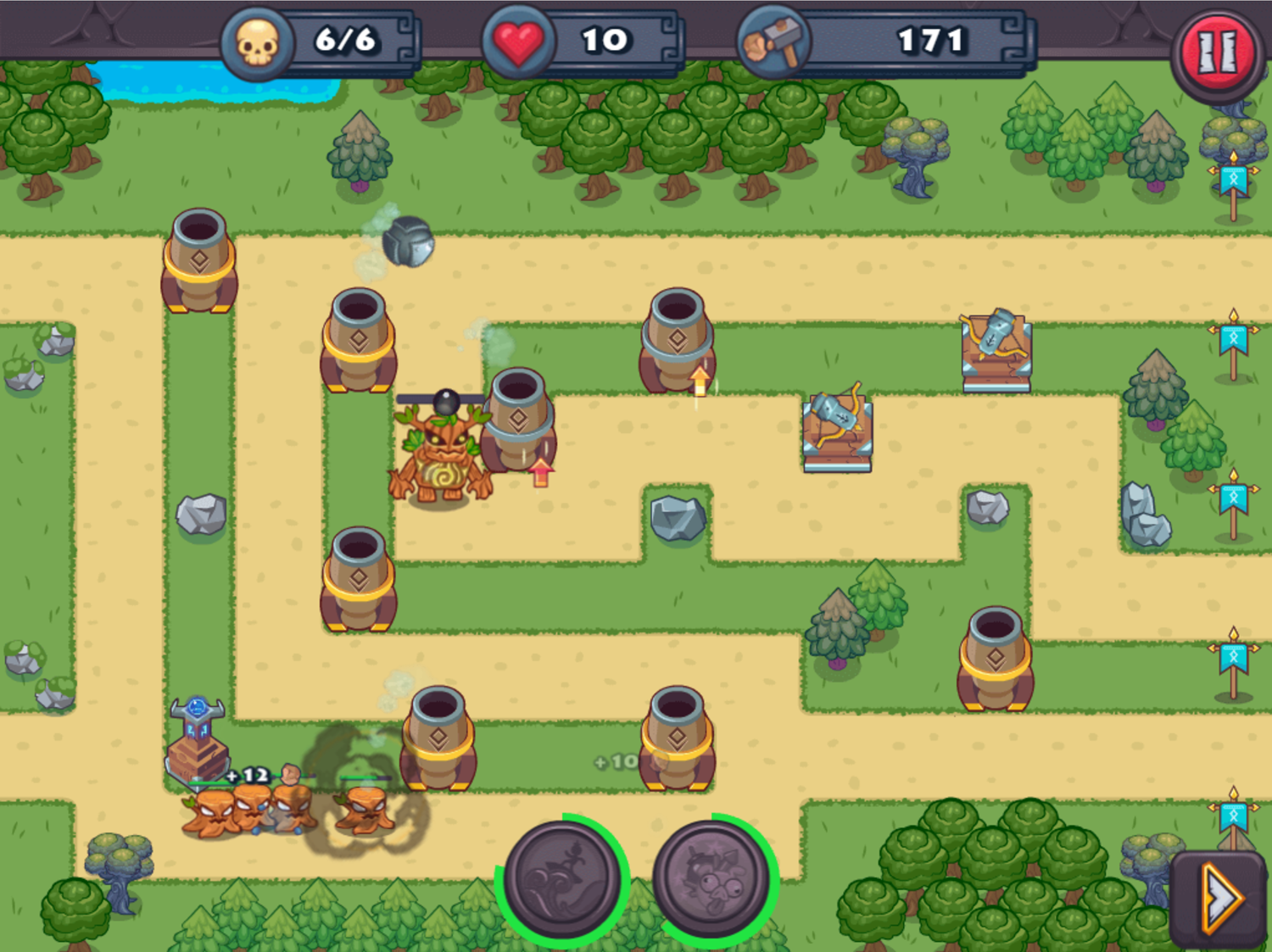 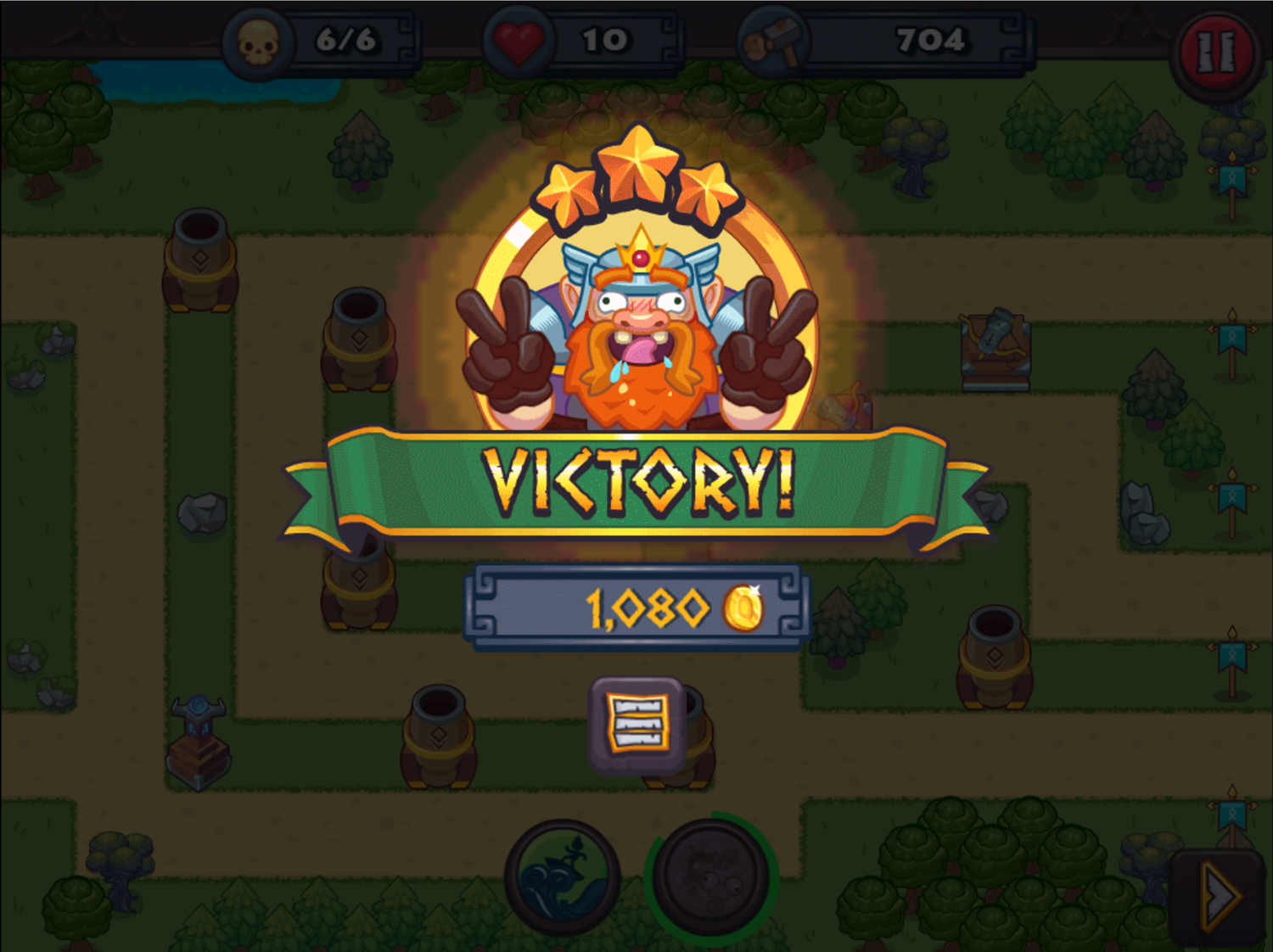 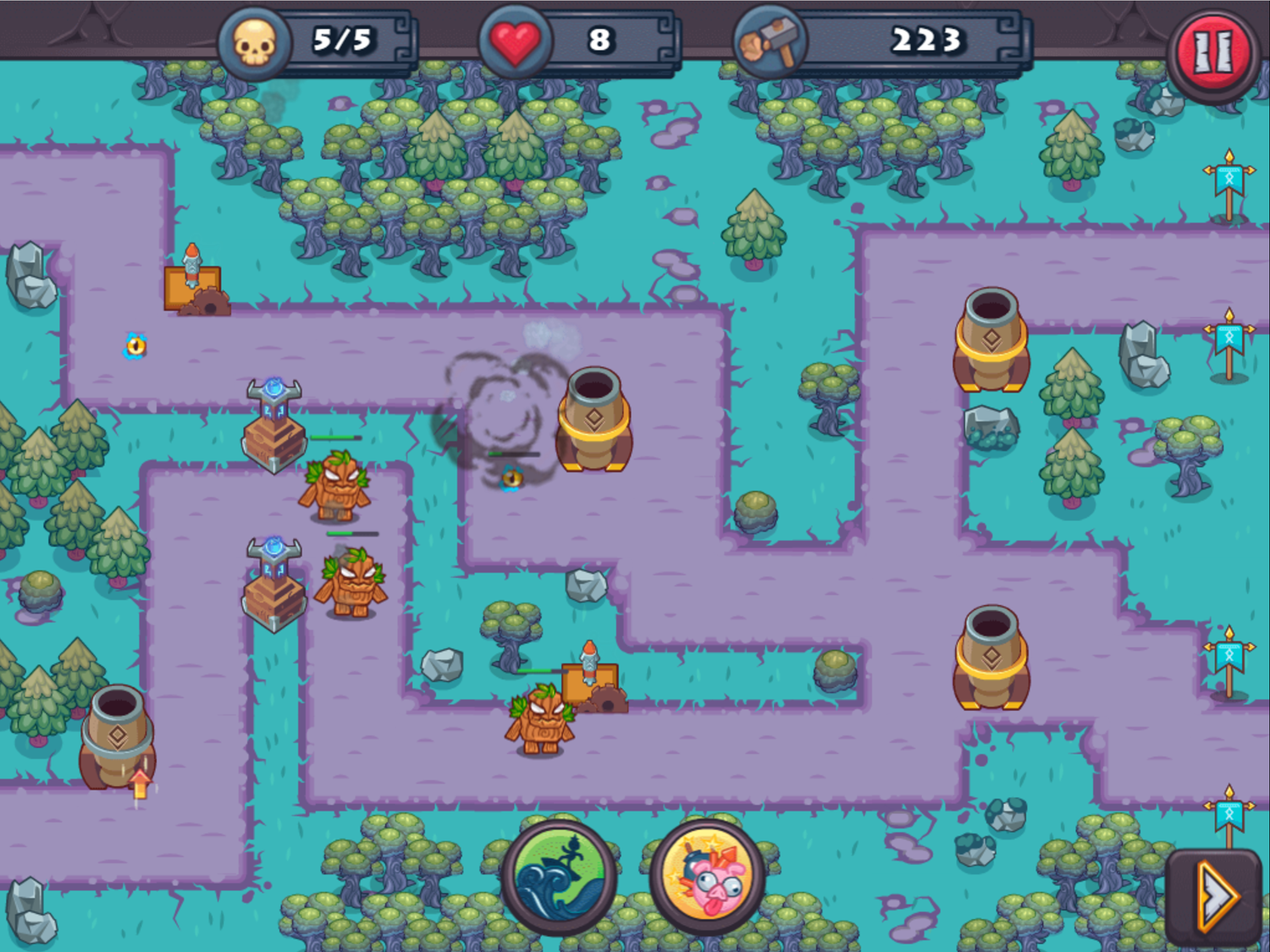 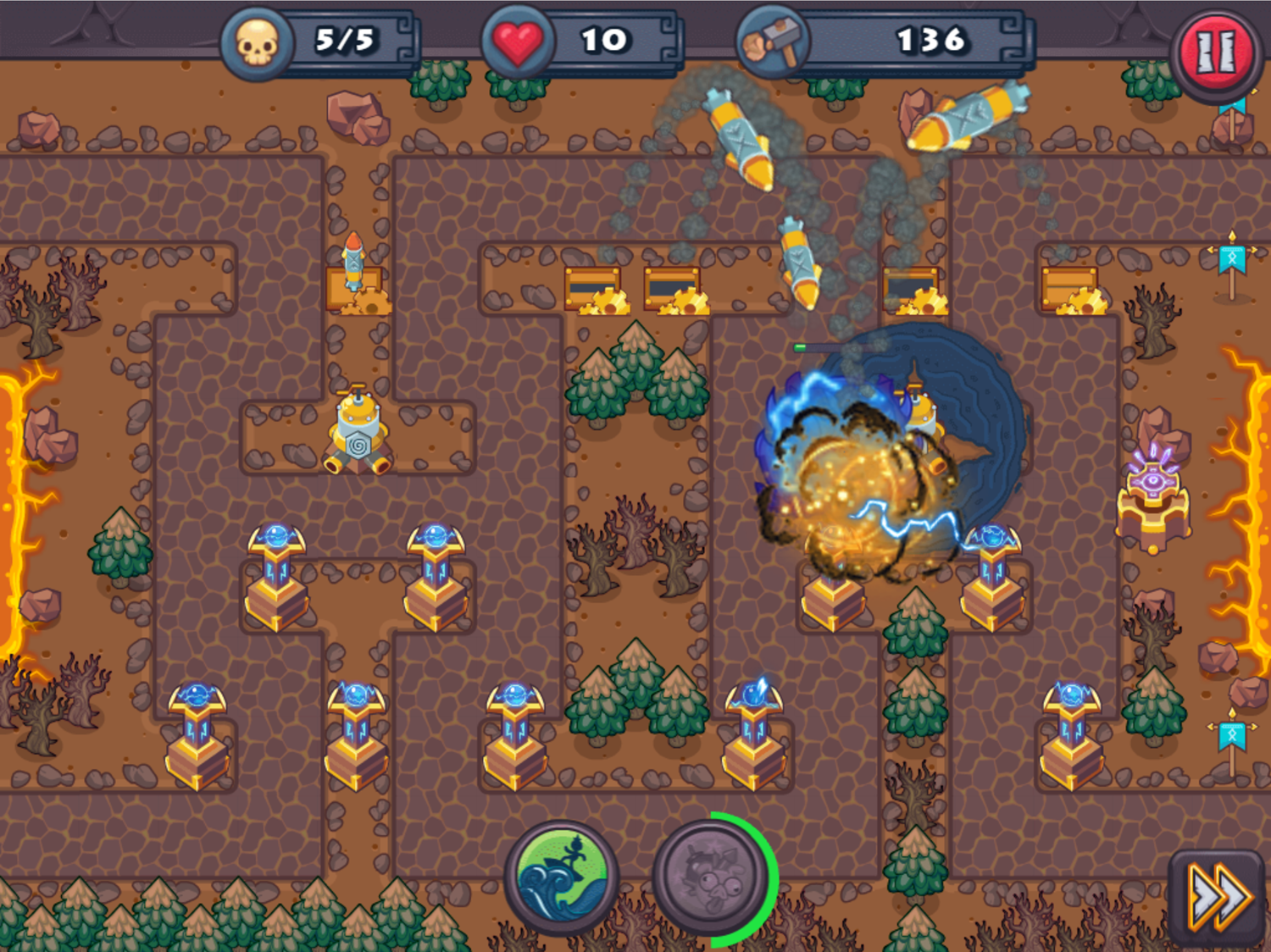 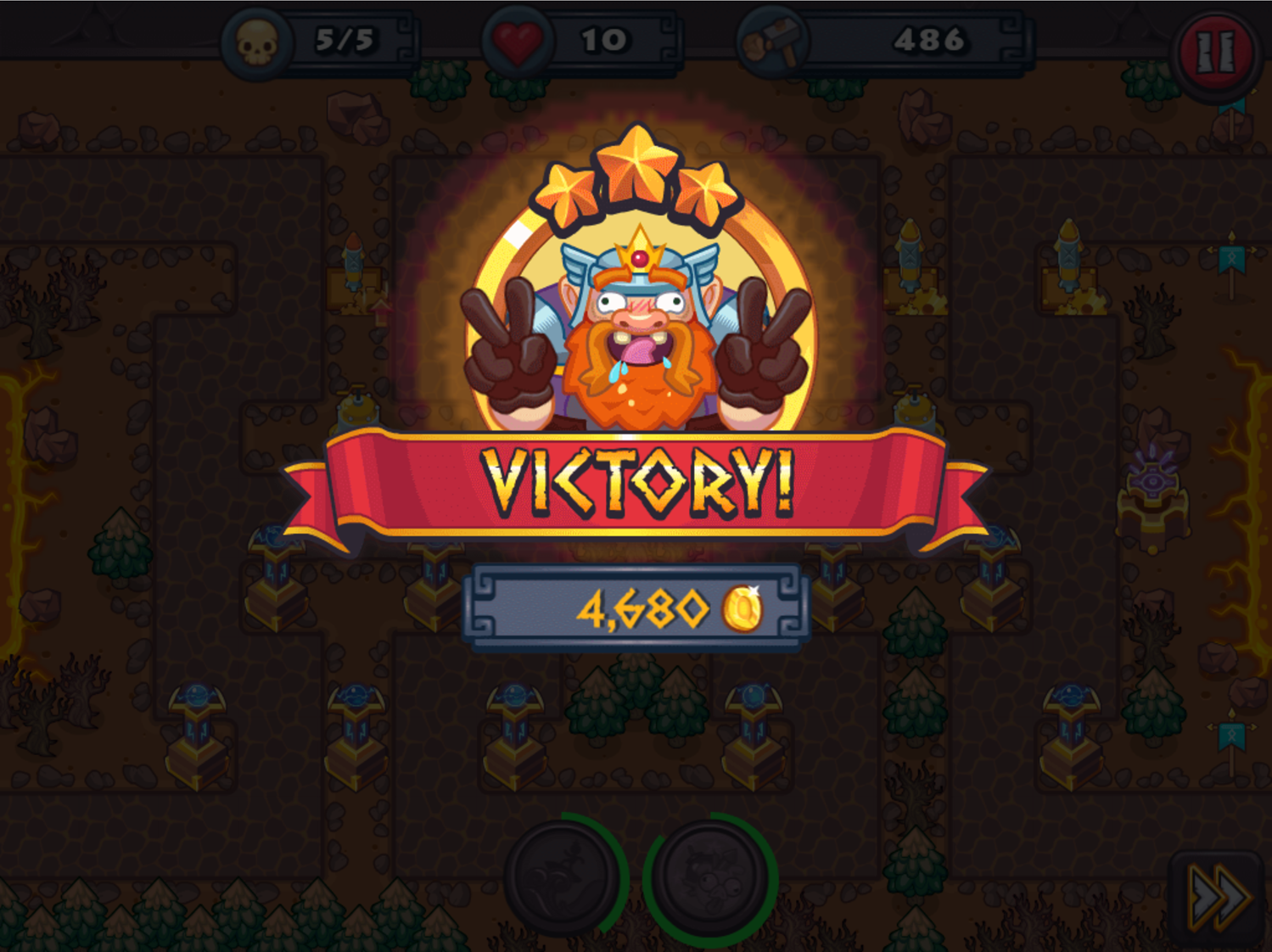