A free online chess game for kids. Challenging for adults, too! Learn to play Chess against the computer in one of three difficulty modes: Easy, Medium, or Hard. If you don’t know the rules of chess, there is a helpful tutorial that explains the moves each piece can make. To win a game, you must capture the opponent’s king. The game may also end in a draw.

You can play this free online chess game for beginners by clicking in the window below.

Alternatively children and adults can play this chess board game as a web application here.

If you want to play a chess game catering to adults & practice hundreds of historically significant board scenarios check out Chess Grandmaster.

Trap your opponent’s King to win the game.

There are many strategies you can learn in order to beat an opponent. We’ll show you one where you can win against a rookie in just four moves! First, you need to know how each piece moves.

Castling is the only move that allows two pieces to move during the same turn. During castling a king moves two spaces towards the rook that it will castle with, and the rook jumps on the other side. The king can castle on either side so long as:

Learn the board notation. Learning the notation is not necessary in order to play, but it will help when we outline a few strategies for your to try.

Here is a numbered board without any pieces on it.

This section highlights chess rules which are shown in the game help file screenshots near the bottom of the page.

Rooks are the second strongest pieces of our army and move in a continuous line forwards, backwards, and side-to-side.

Bishops move in continuous diagonal lines in any direction.

Castling is the only move that allows two pieces to move during the same turn. During castling a king moves two spaces towards the rook that it will castle with, and the rook jumps on the other side. The king can castle on either side so long as:

Like This Game? Review This Free Online Chess Game for Children 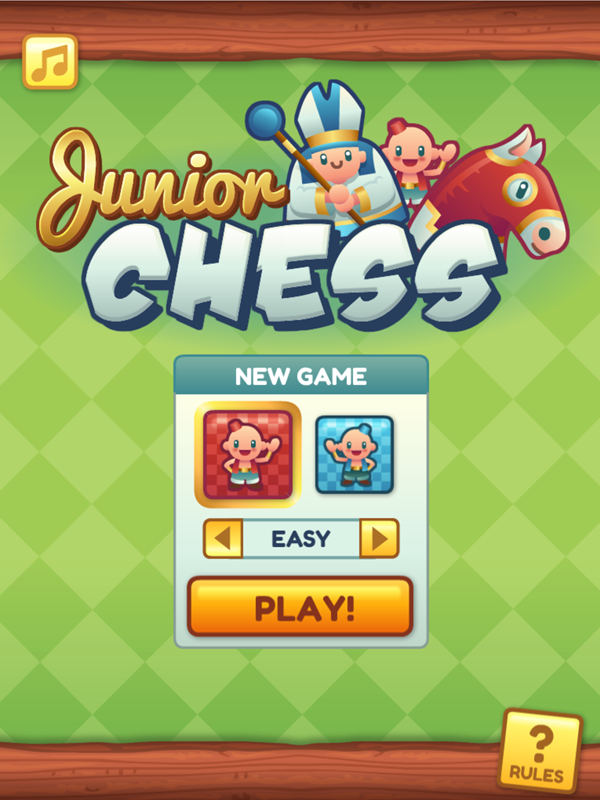 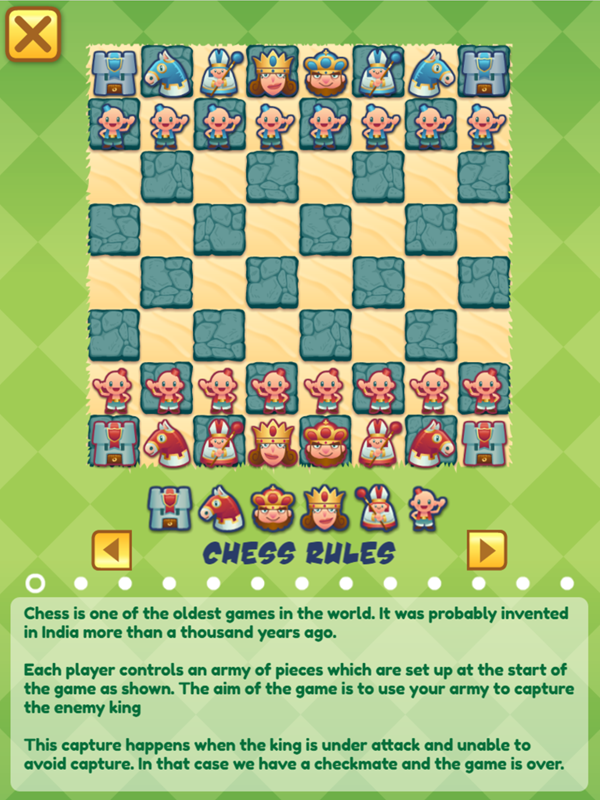 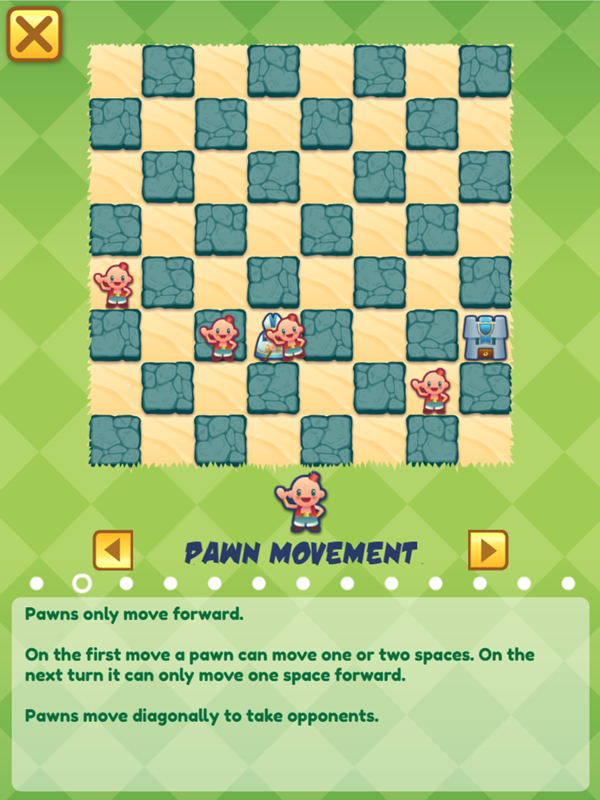 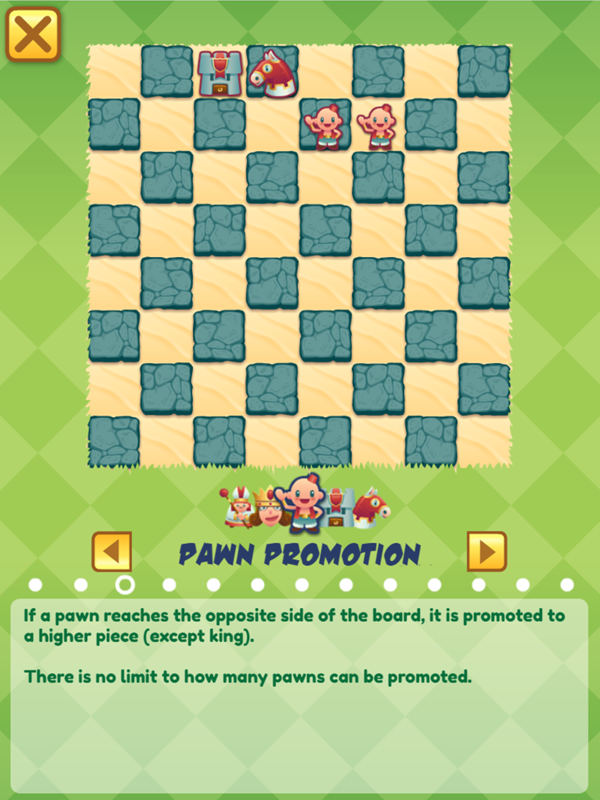 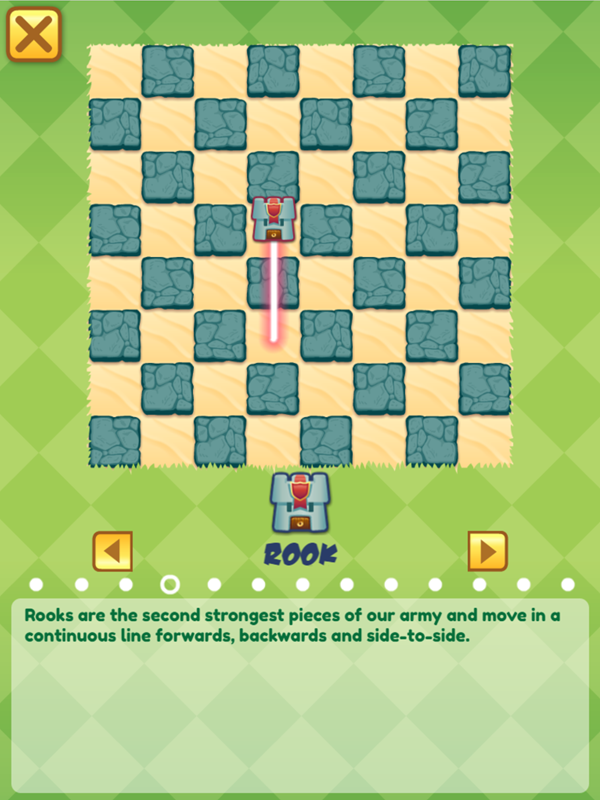 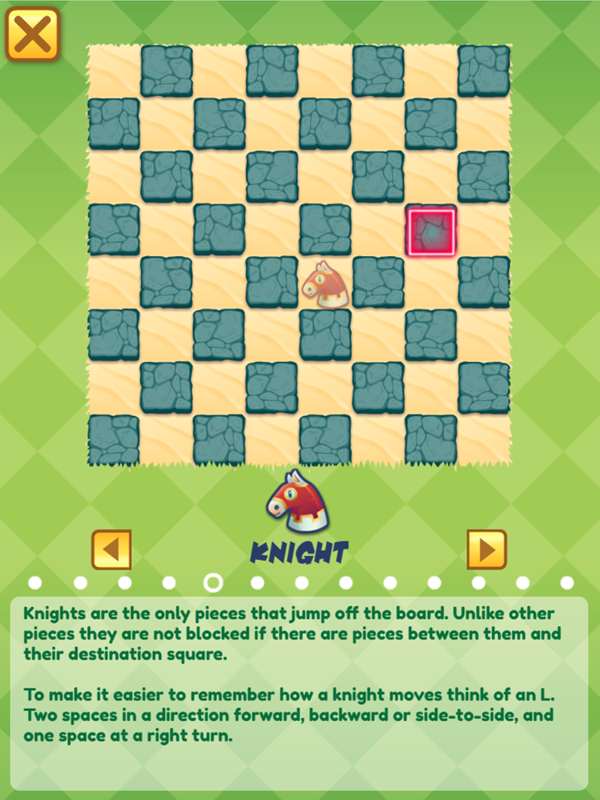 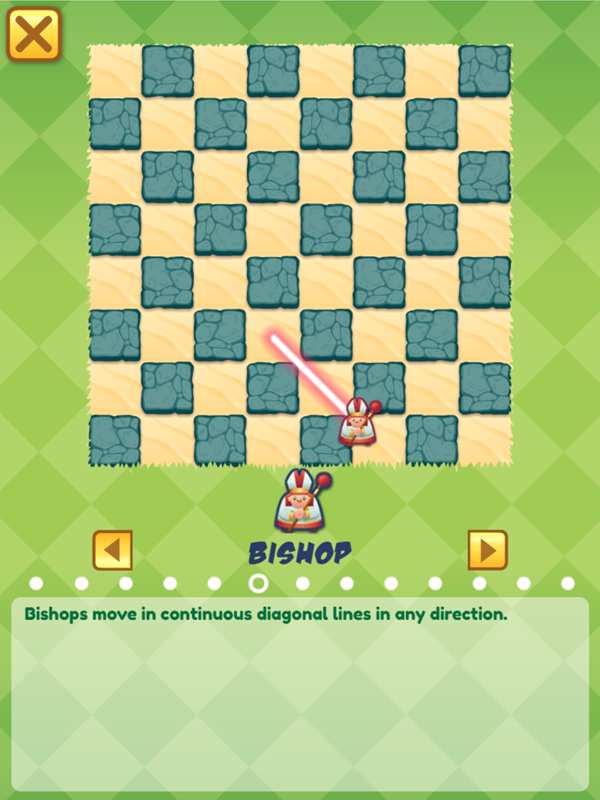 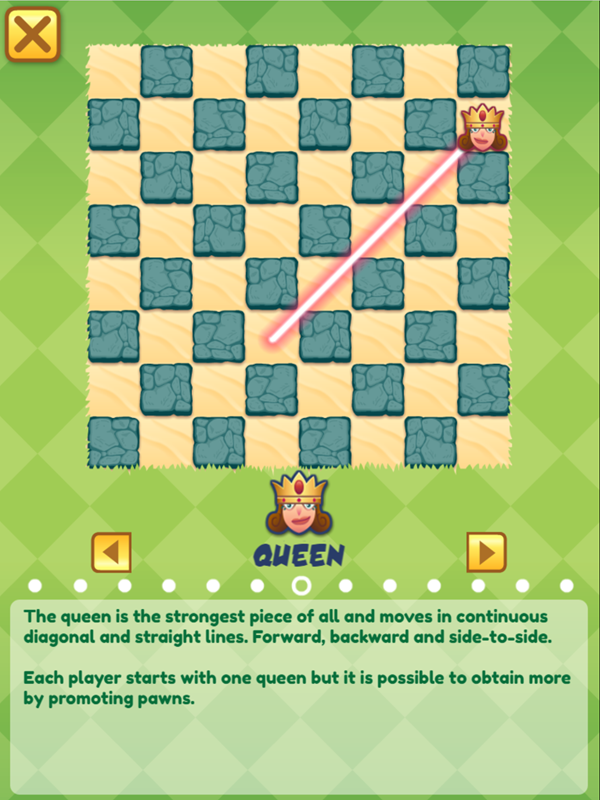 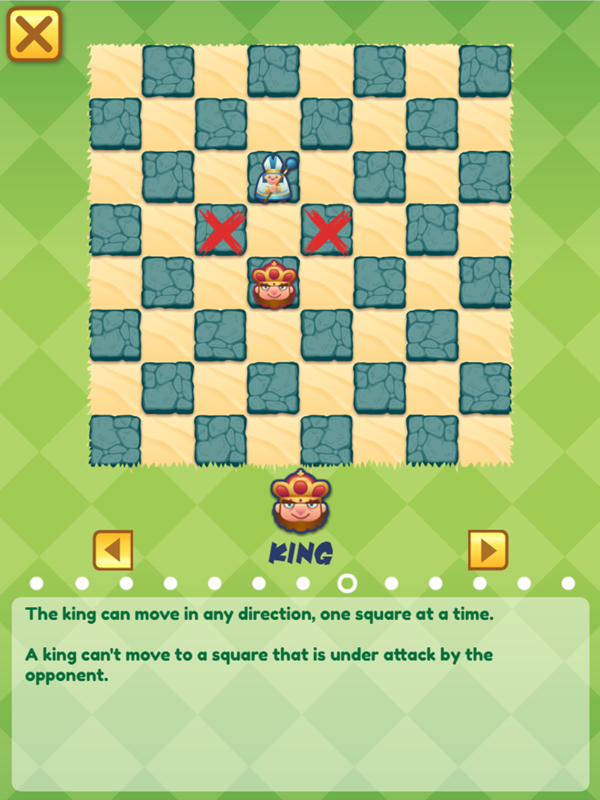 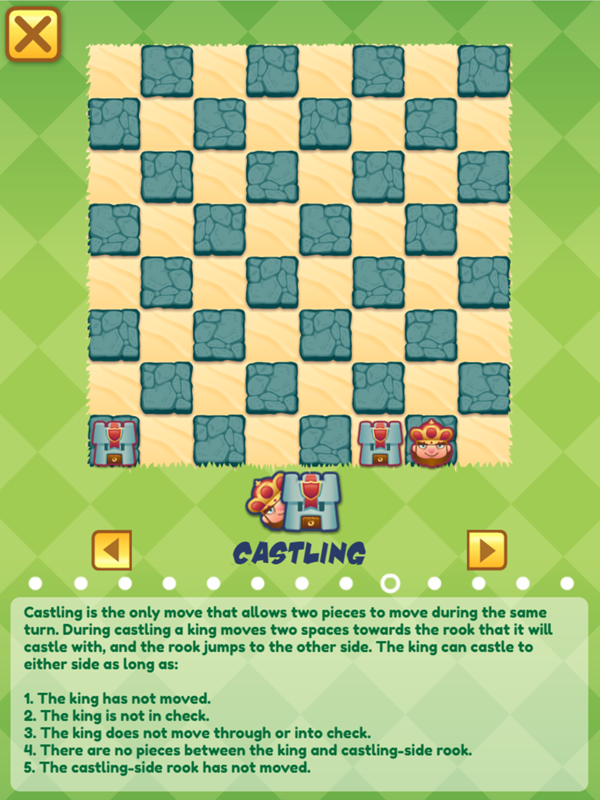 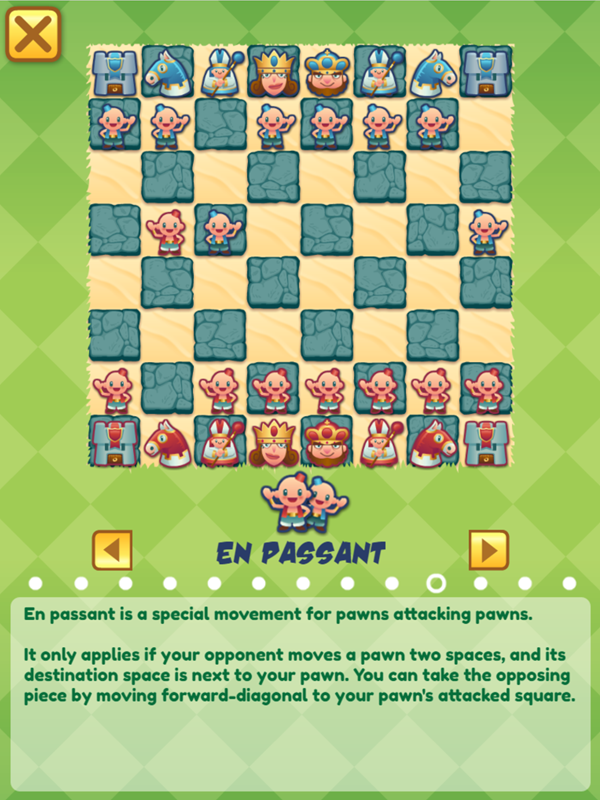 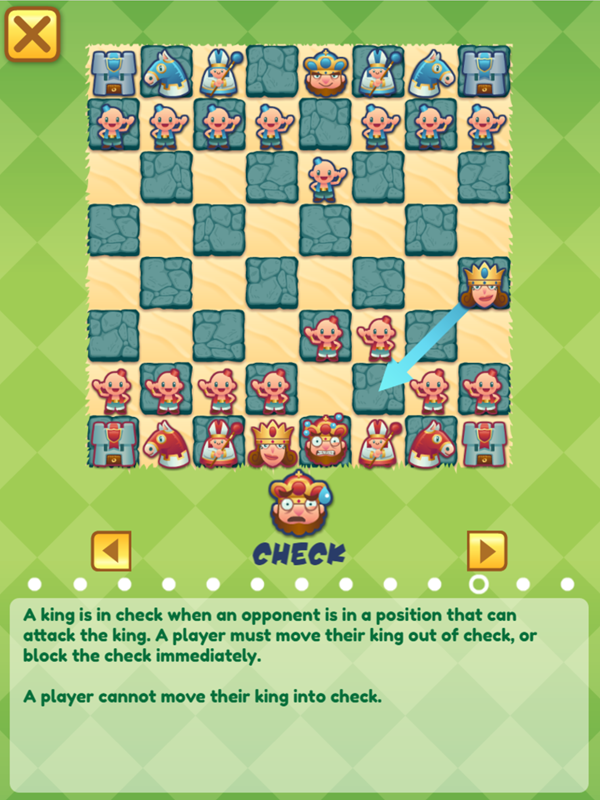 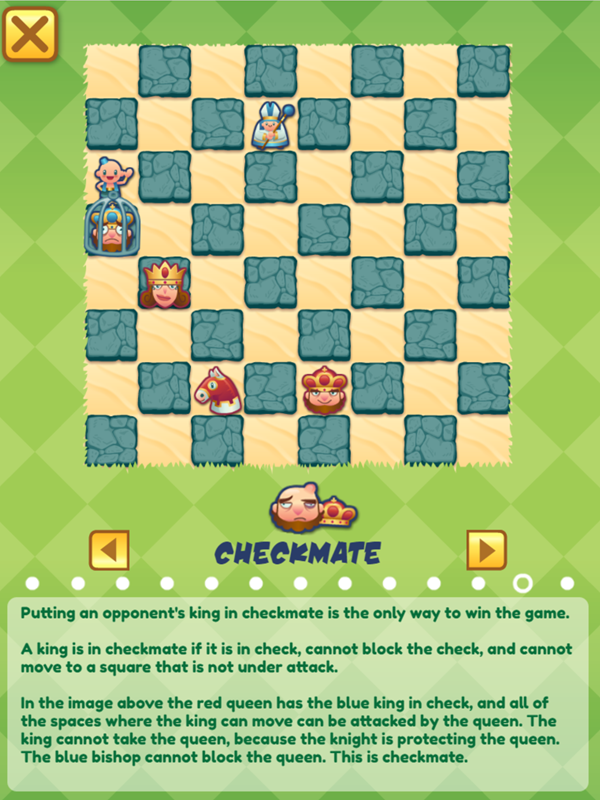 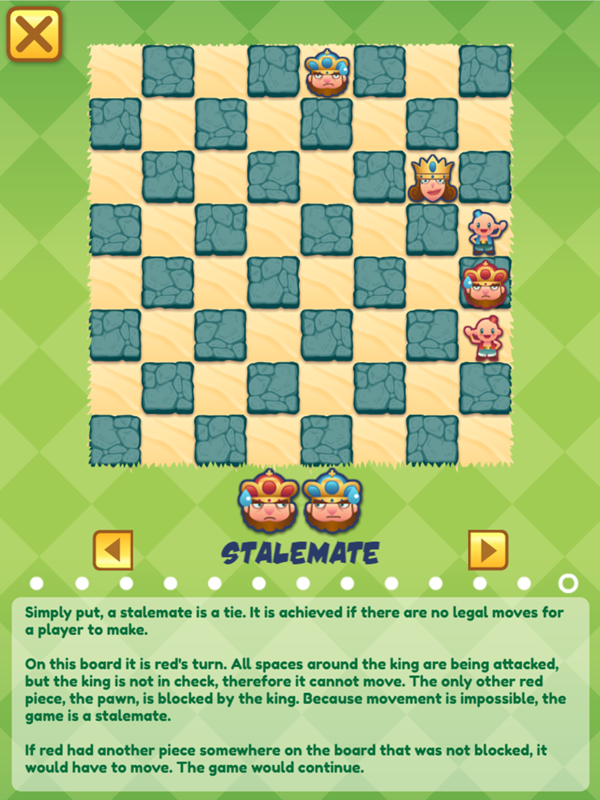 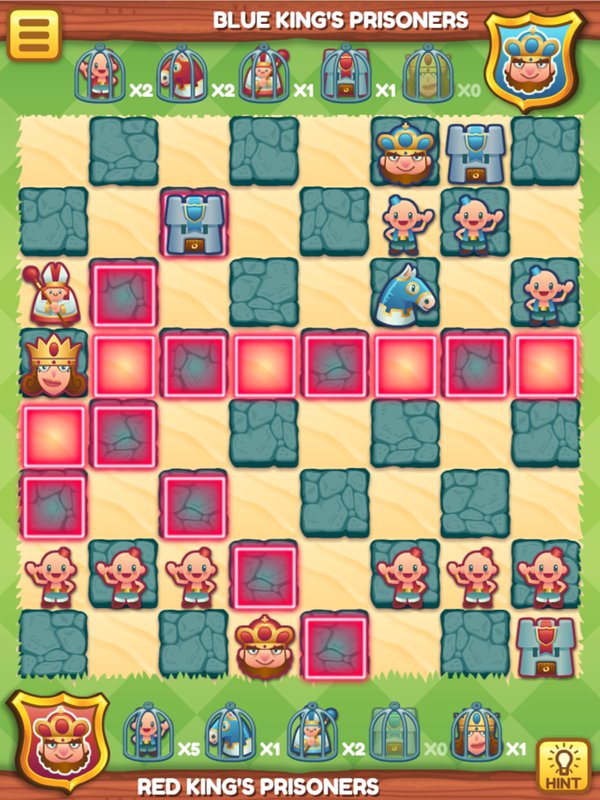 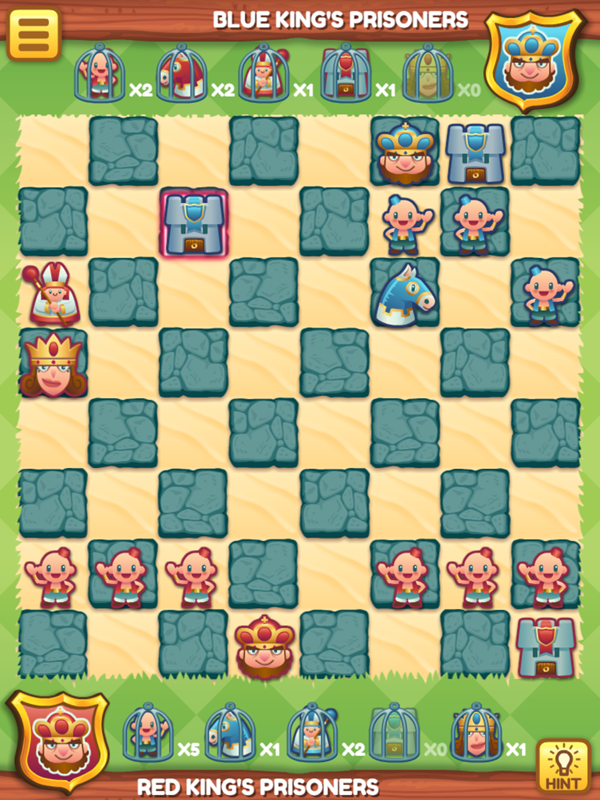 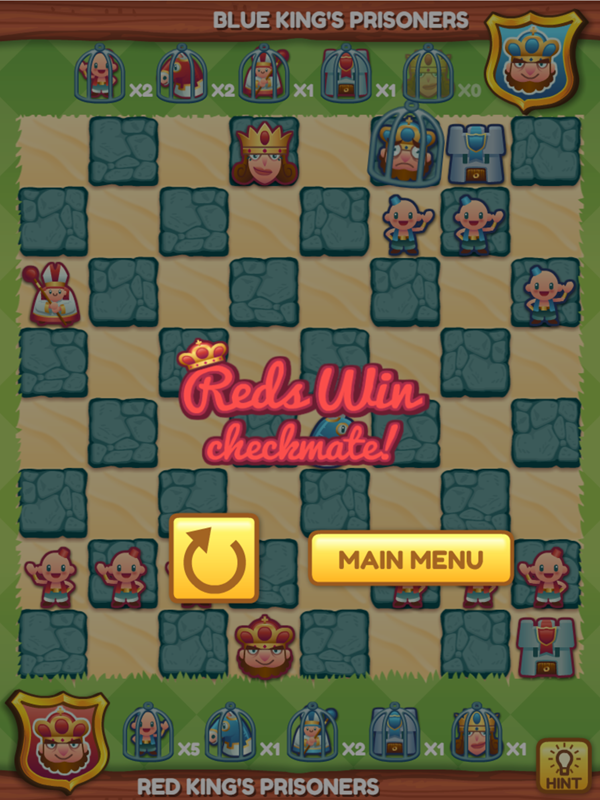