This is a turn-based, rock-paper-scissors style brawler based on the TV movie (and later series) from Cartoon Network. You fight as Hiro Karuta, an exchange student from a fantasy shōnen animé stuck in modern suburban Australia/America (it’s more vague in the actual show). Join him and his magical kitty confidante Amonsun as they stop rampaging villains from destroying South Port High. The game and its design are largely based on the movie, with elements of the series mixed in.

Children and parents can play this fun retro high school RPG fighting game by clicking in the window below.

Alternatively kids and adults can play this turn-based battle game for free as a web application here.

As the shōnen protagonist Hiro Karuta, defeat a cavalcade of opponents terrorizing your high school.

Like This Game? Review This Online Roll Playing Game for Young Girls & Boys 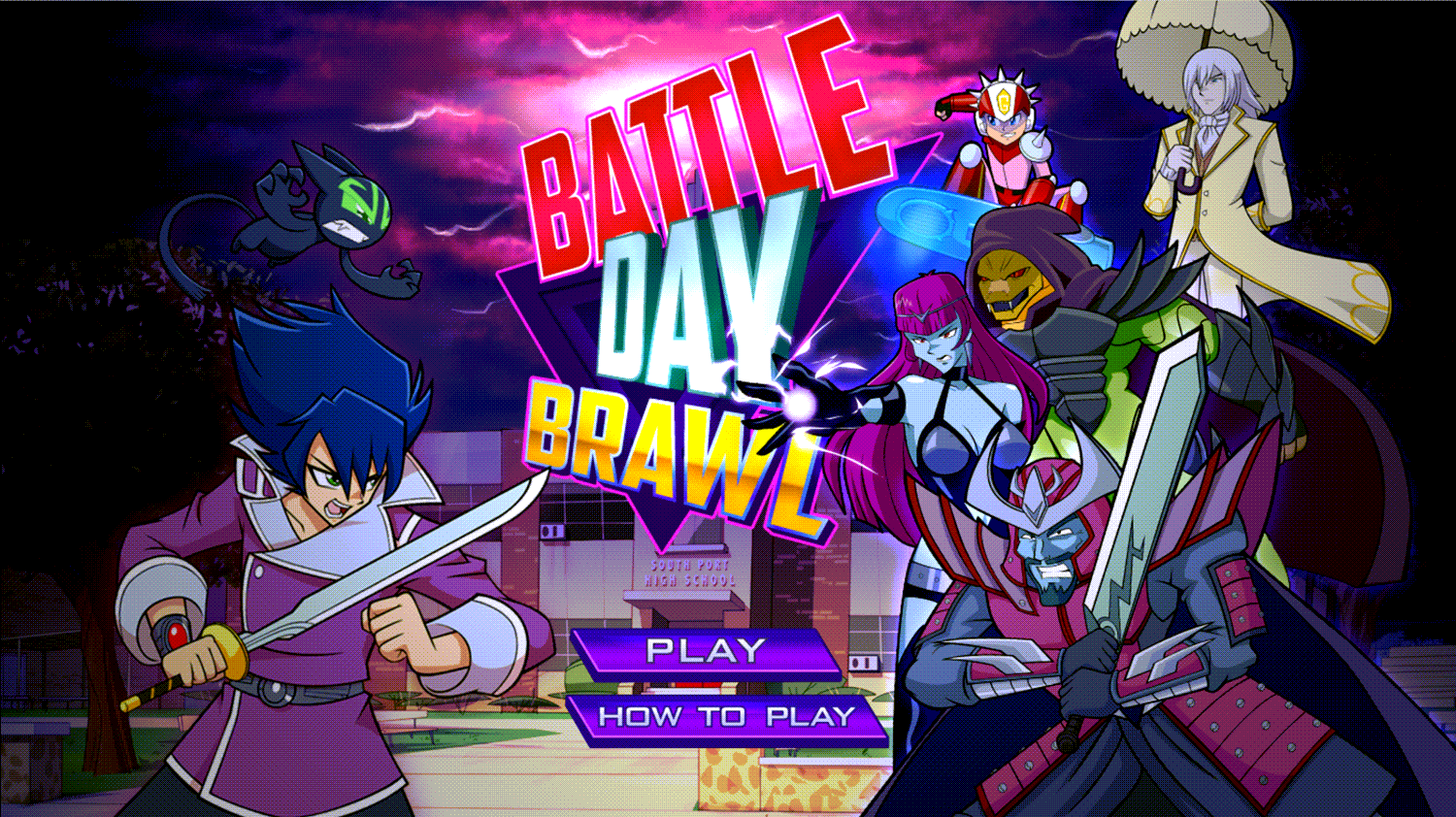 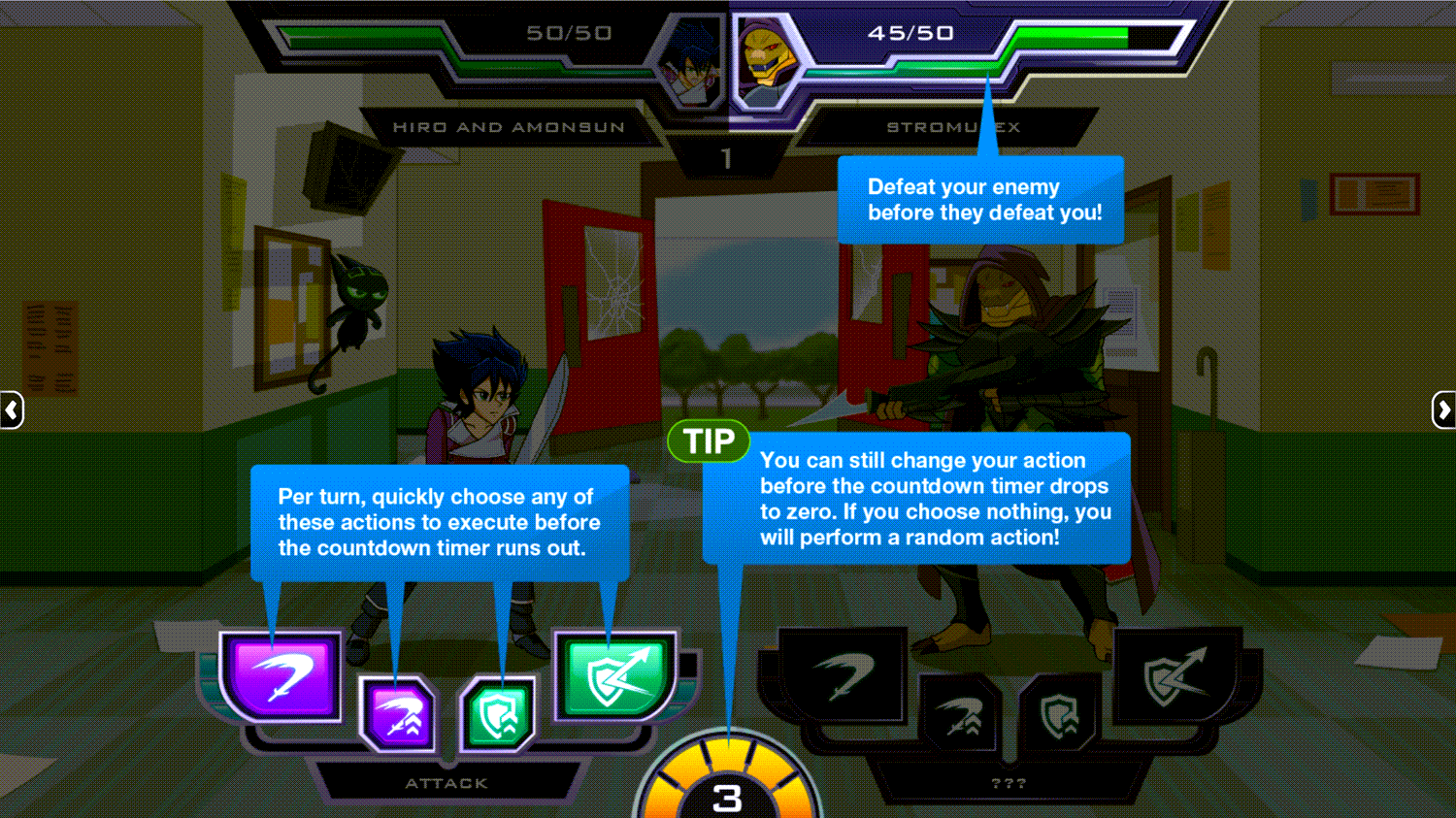 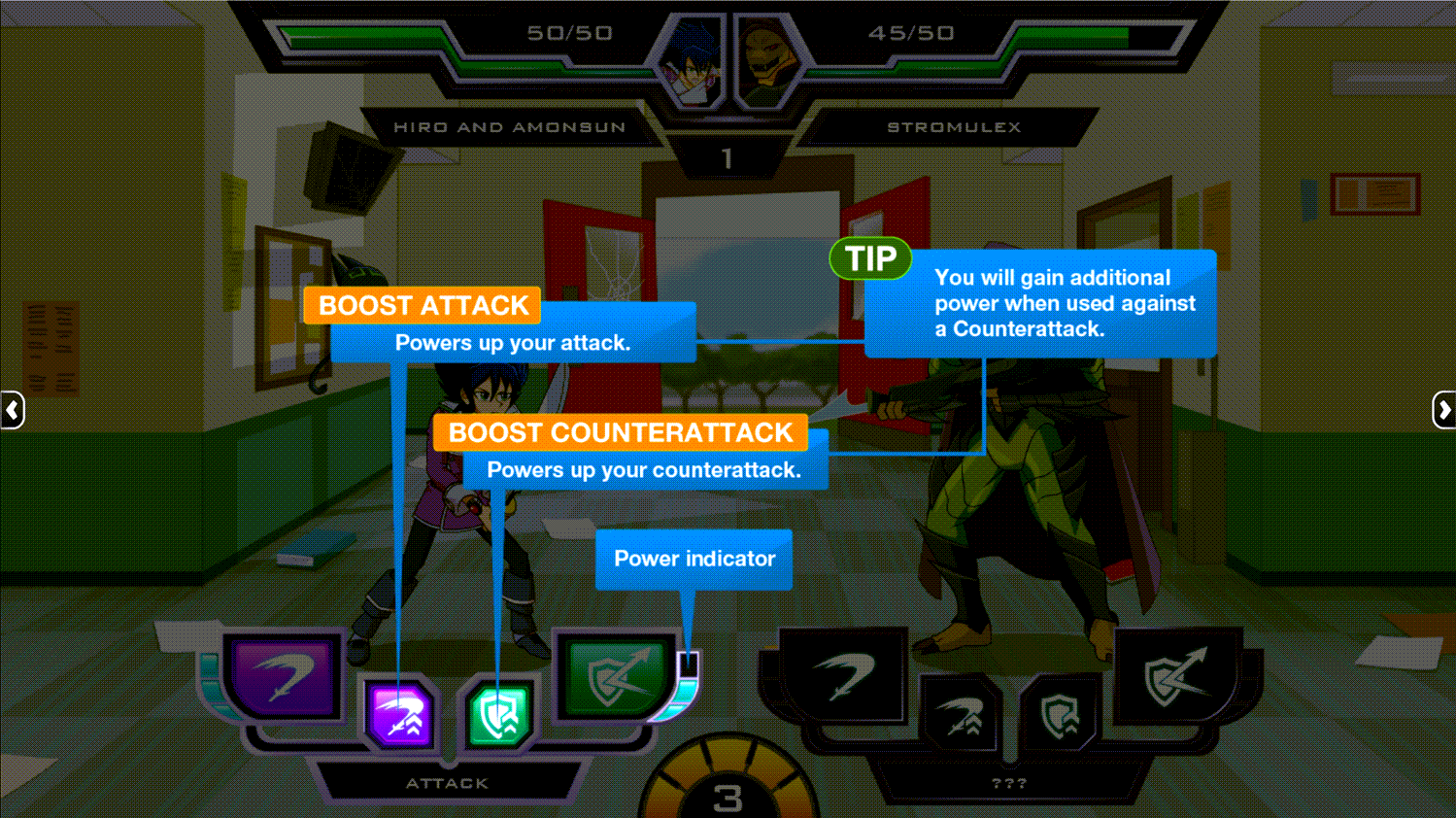 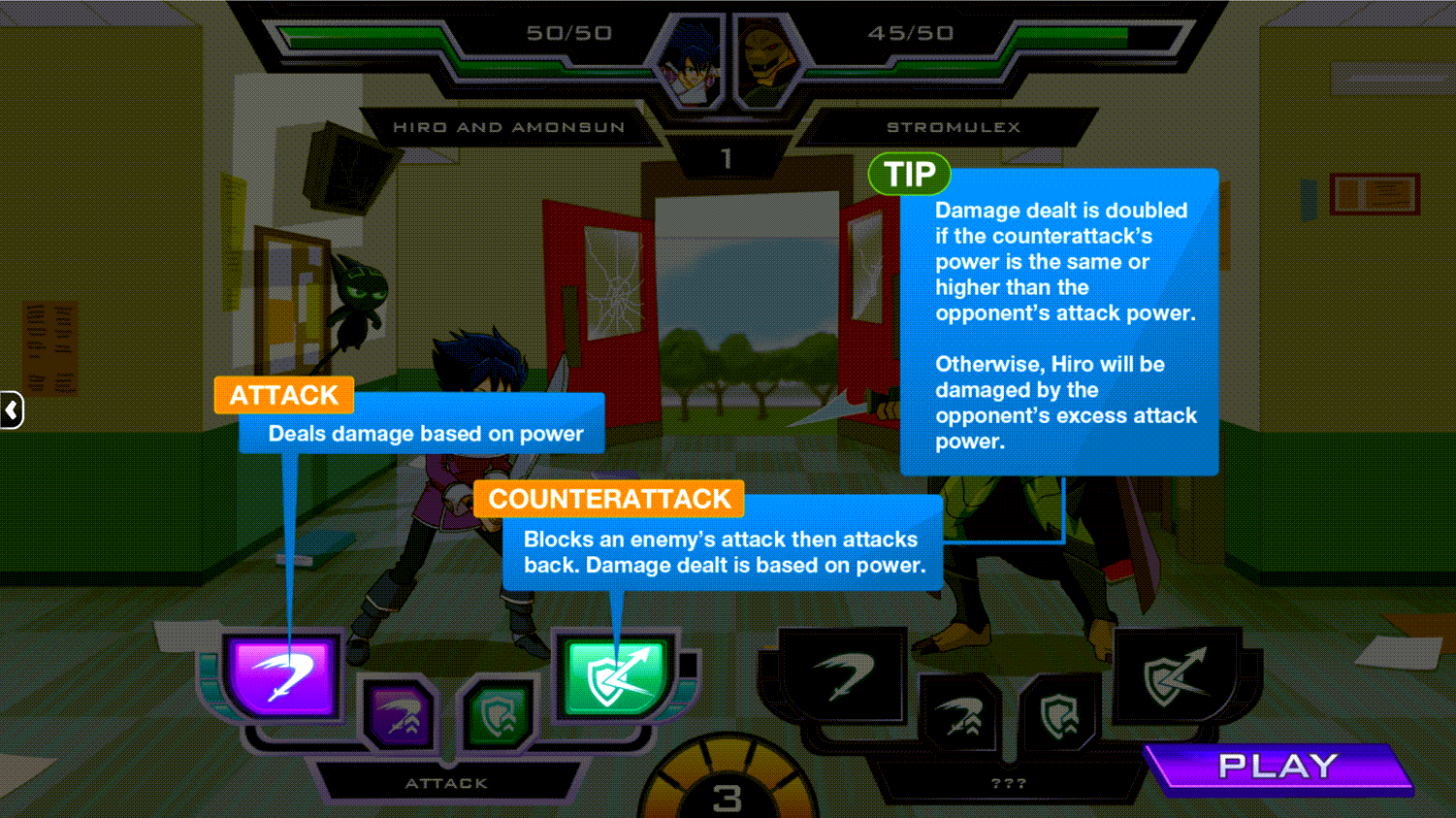 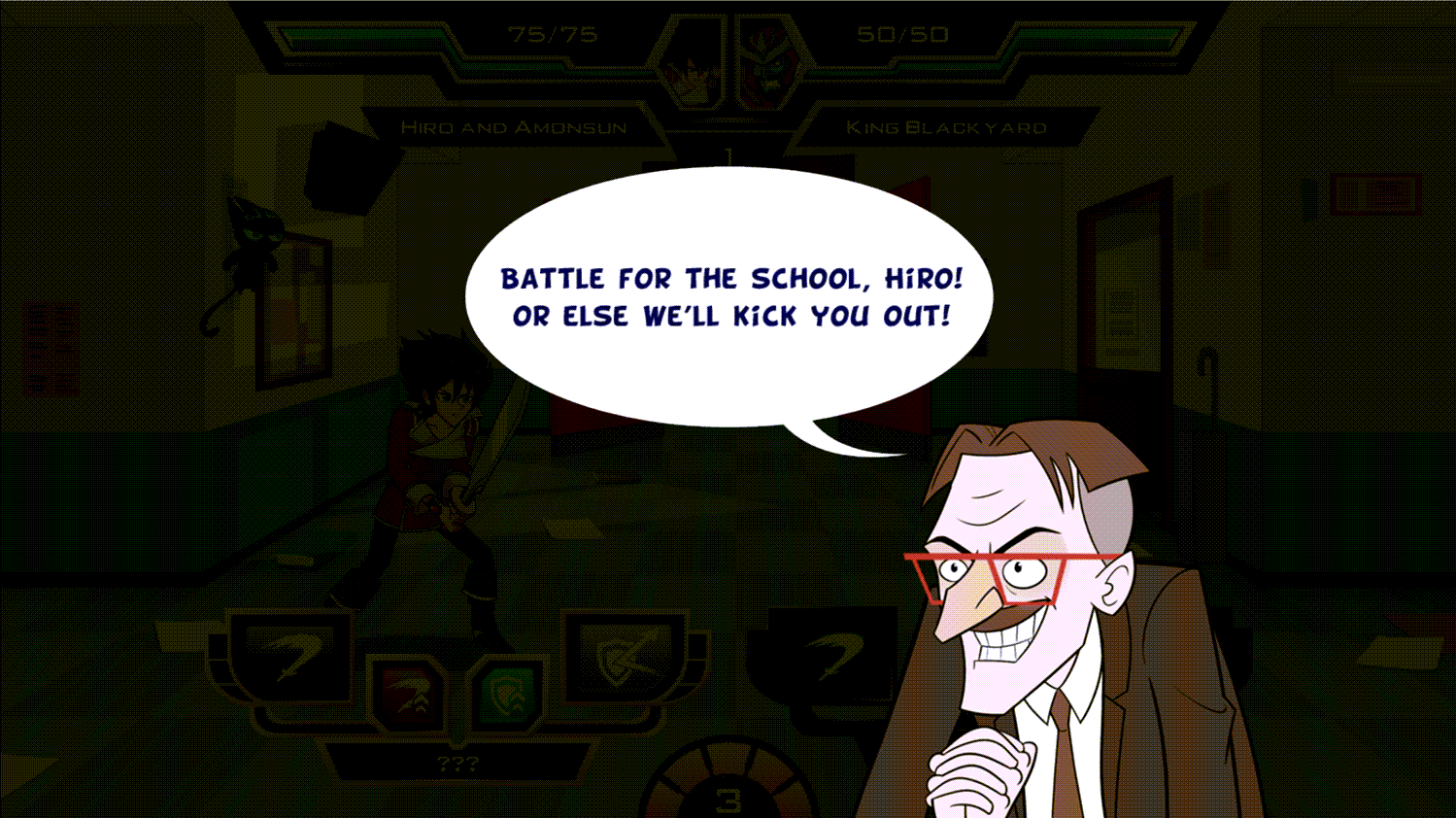 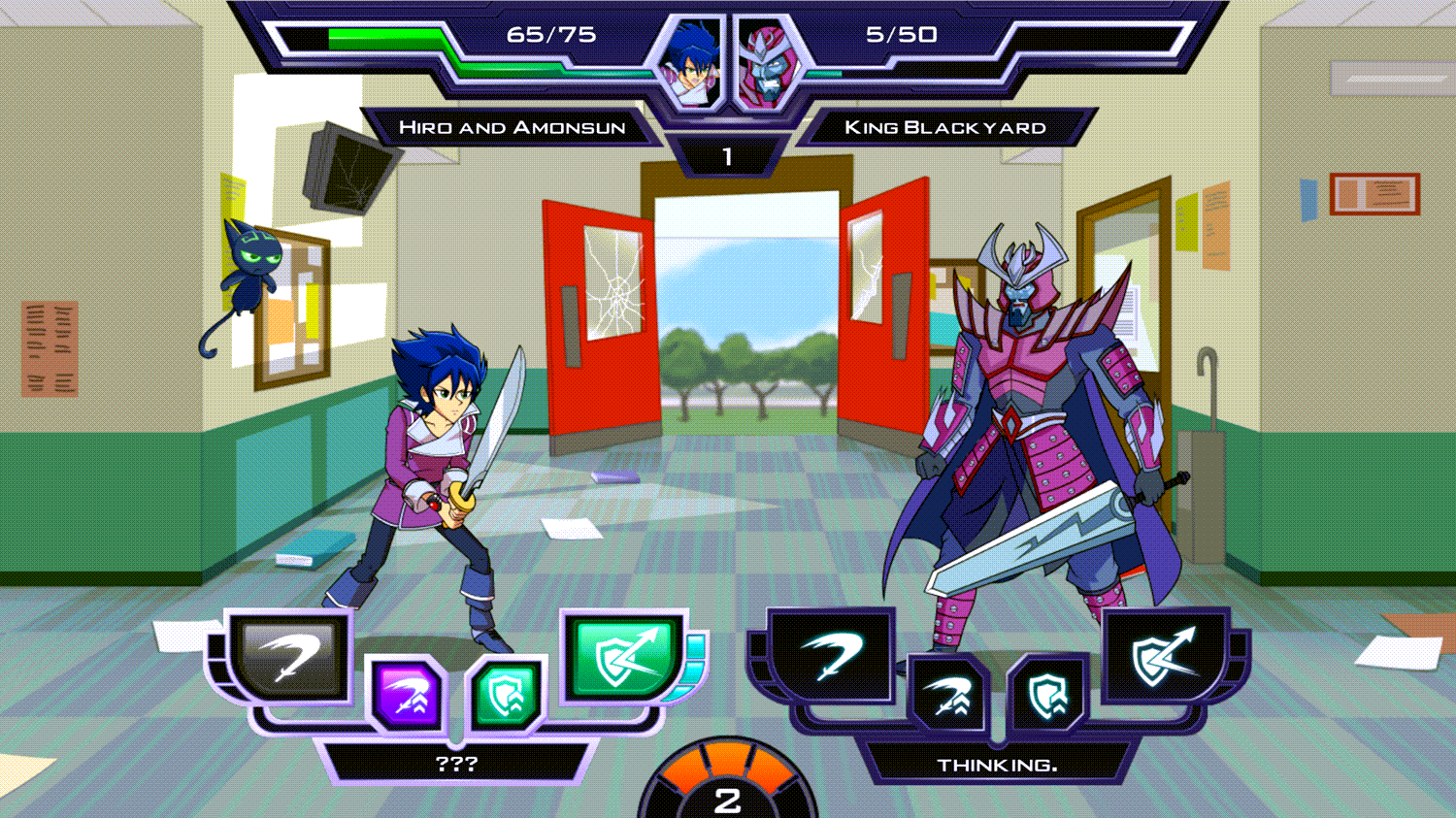 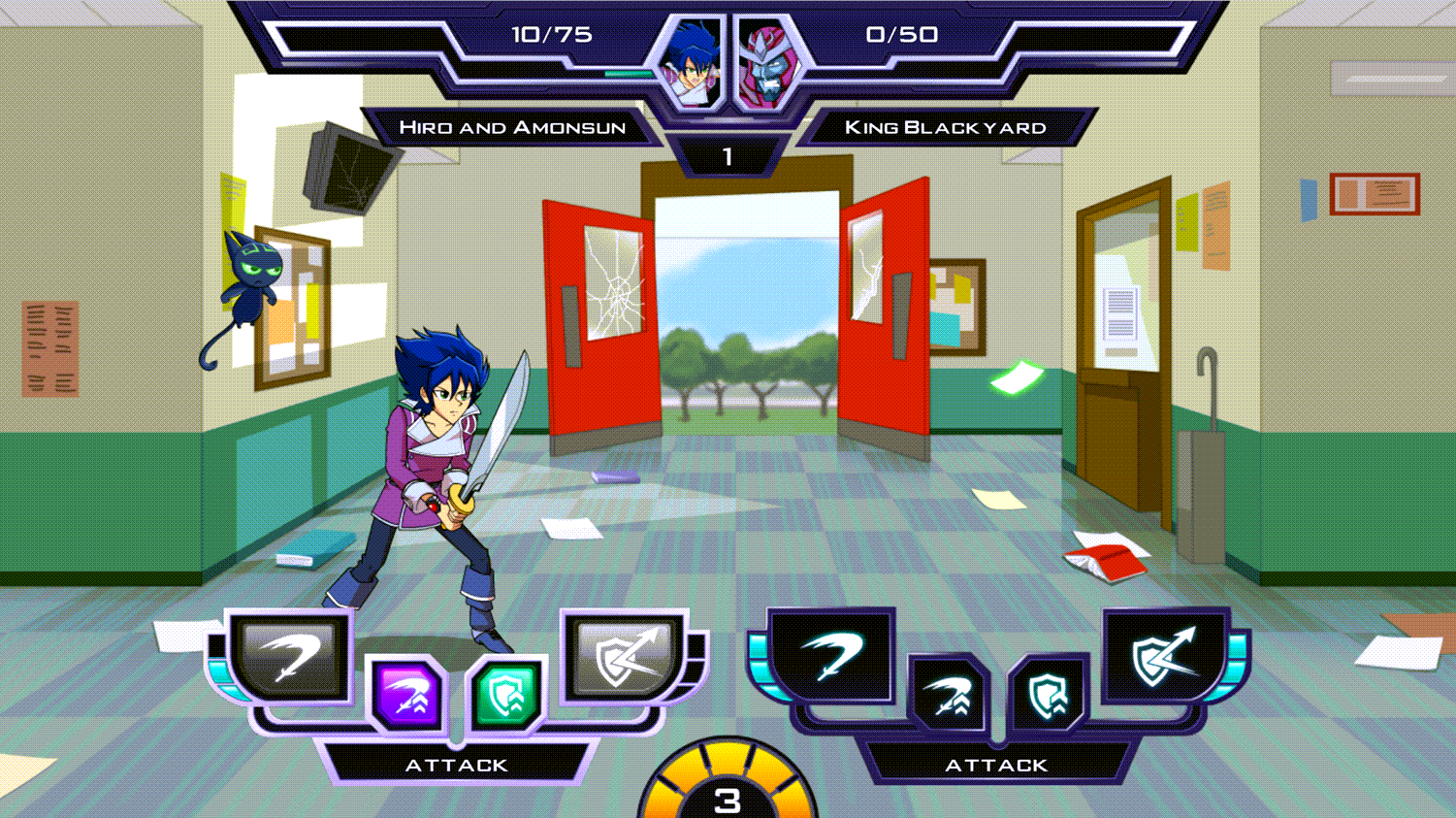 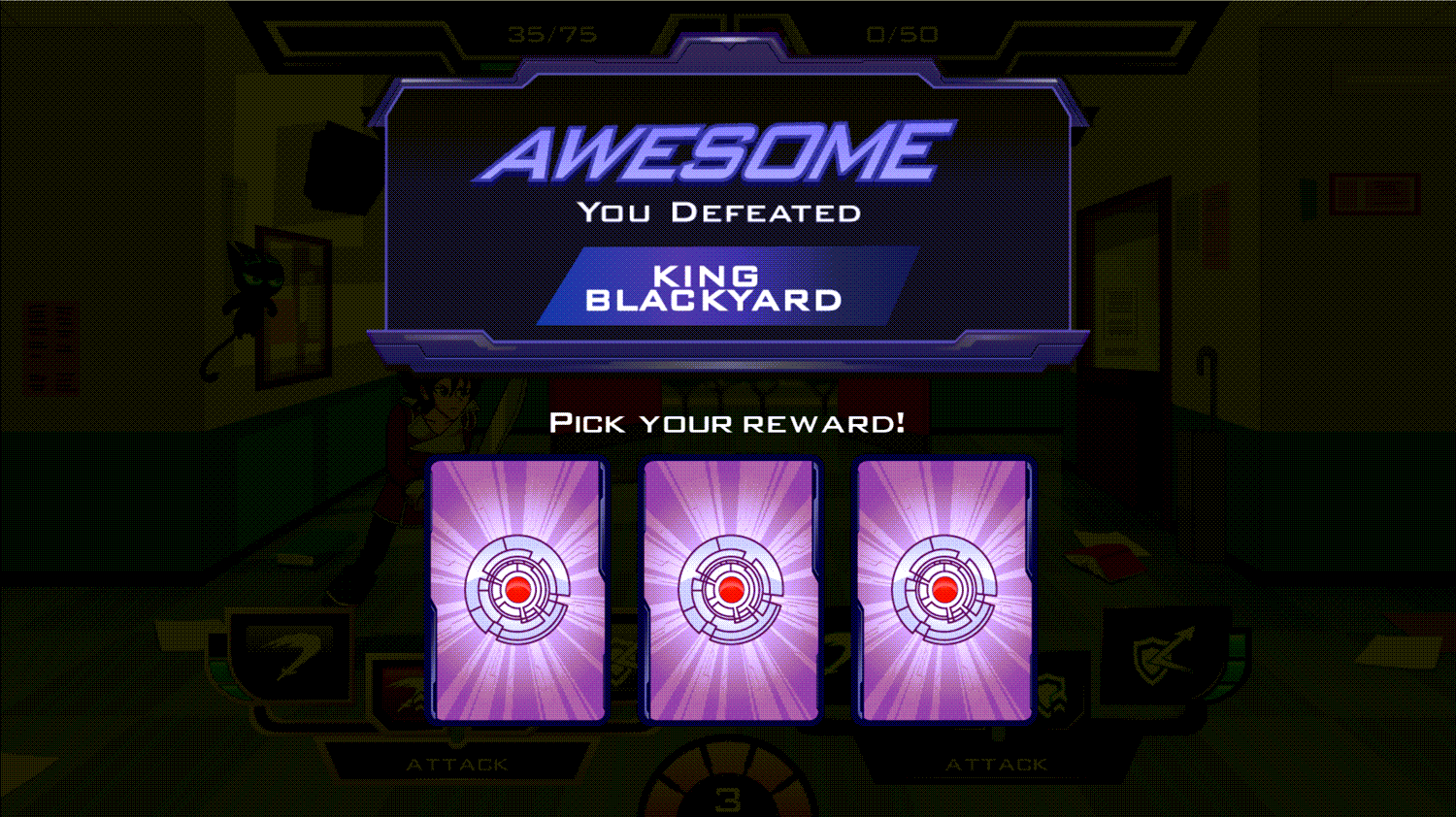 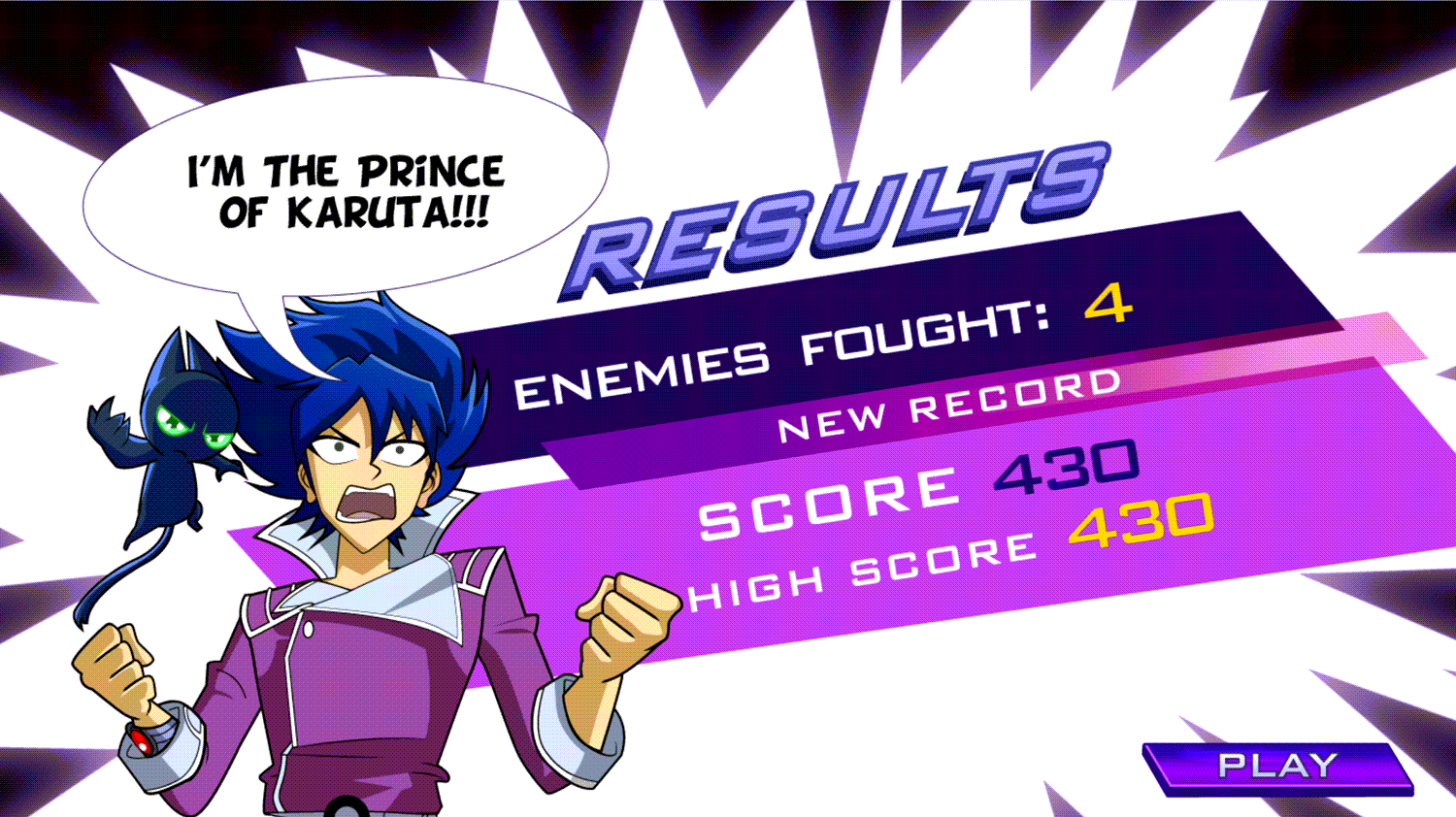 This game was published in these categories: Cartoon, Fighting, RPG. You can visit any of them to select other fun games to play.