This is a simple game where players collect chicken tenders and Dogecoin.

This is a coin collecting game where players must prevent falling chicken tenders from touching the ground by catching them with a casket. 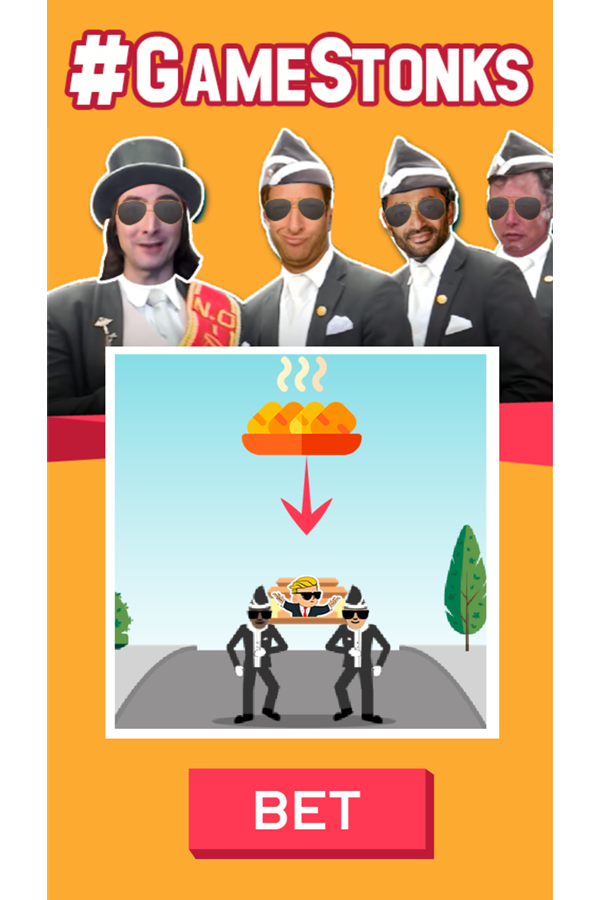 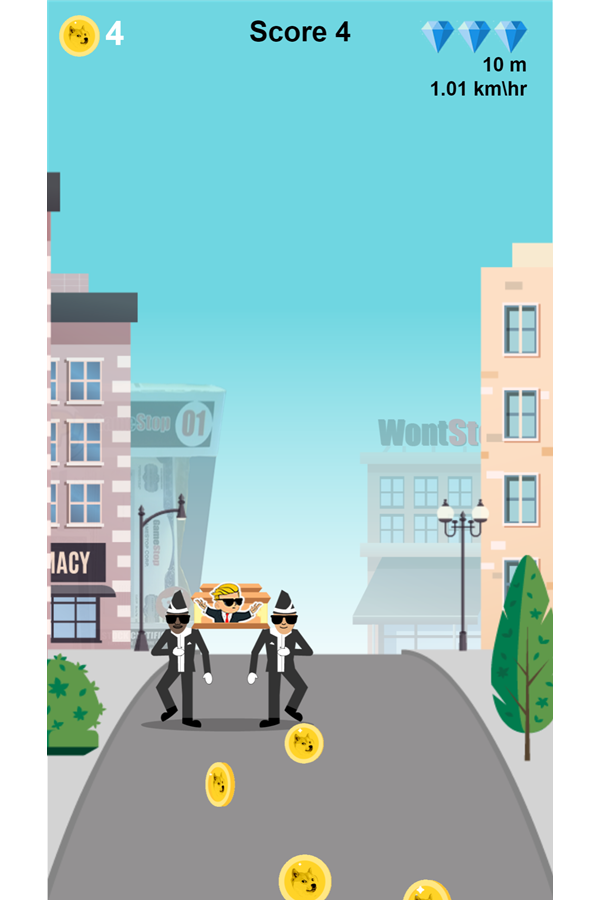 Background Story of This Game

The theme of this game comes from the rapid rise of GameStop ($GME) stock share price due to a gamma squeeze followed by momentum investors and degenerate gamblers daytrading stock on /r/WallStreetBets.

While YOLO may be true, memes never get old.™

Going forward I have realized in the polarizing and cynical modern internet even altruism and humor are treated with deep cynicism, so it helps to have relationships in advance or be well known before doing any sort of marketing if you want to do something beyond a faceplant performance artpiece. This is part of the reason we decided to publish a bunch more fun games right away so that our site will hopefully be somewhat well established such that next time we have a marketing idea there is a chance people might be a bit more receptive than the cold shoulder our first try generated.