This is a simple mobile game where players move a coffin back and forth to catch falling bodies. 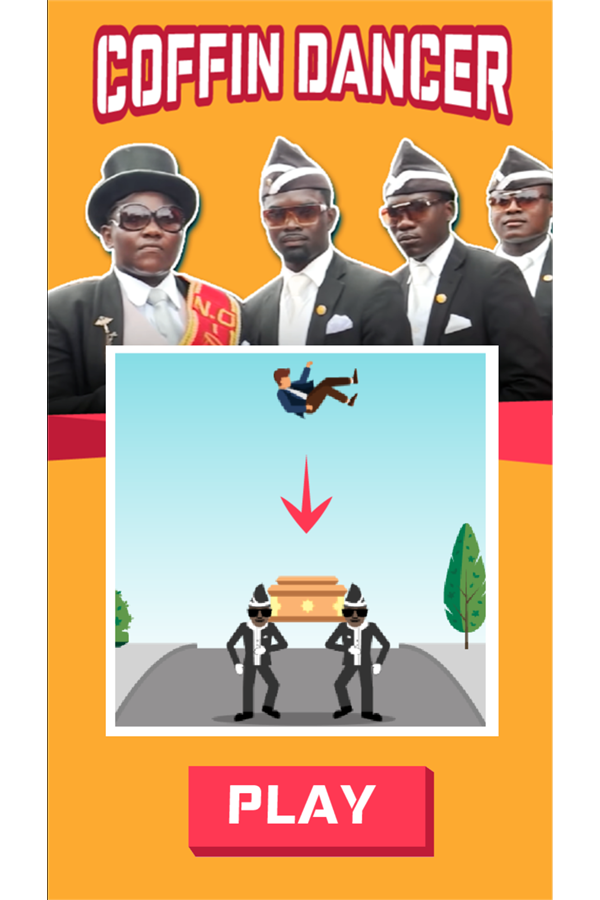 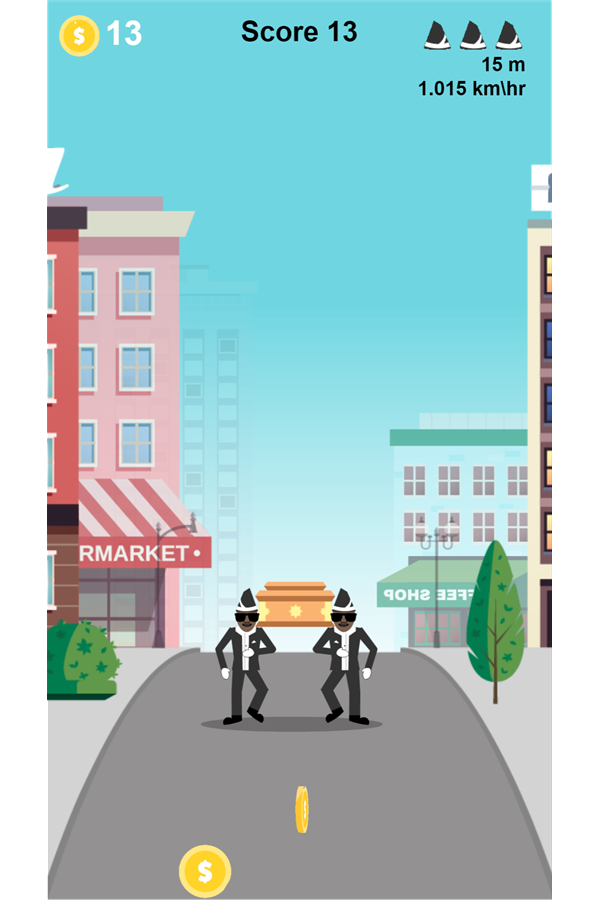 The Ghana pallbearers are based in the coastal town of Prampram. They were featured in the BBC in 2017 and gained international notoriety when their dance video was combined with the electronic dance music song Astronomia by Tony Igy.

Here is the video of the music associated with this game.

A version of the song with the bass boosted was viewed over 100 million times.

This game was published in these categories: Arcade, Mobile. You can visit any of them to select other fun games to play.