This is an infinite bouncing game based on the Ben 10 reboot series. Ben is facing down Kevin and Hex in an ancient Egyptian tomb, and the only way out is up! Ben, as the tiger-like alien Rath, must ascend as far up the tomb’s shaft as he can by bouncing off magic scarabs and enchanted canopic jars.

Children and parents can play this cartoon tap fighting flight game by clicking in the window below.

In this game your left right movement can lag your mouse a bit & it is important to keep your mouse in the window. If you find yourself moving the mouse off screen you may want to play the game as an isolated web app (link below).

Alternatively kids and adults can play this flying smash bounce video game for free as a web application here.

As Rath, jump off scarabs and canopic jars to ascend up the tomb shaft. Be wary of canopic jar attacks and the slime filling up the bottom of the chasm. 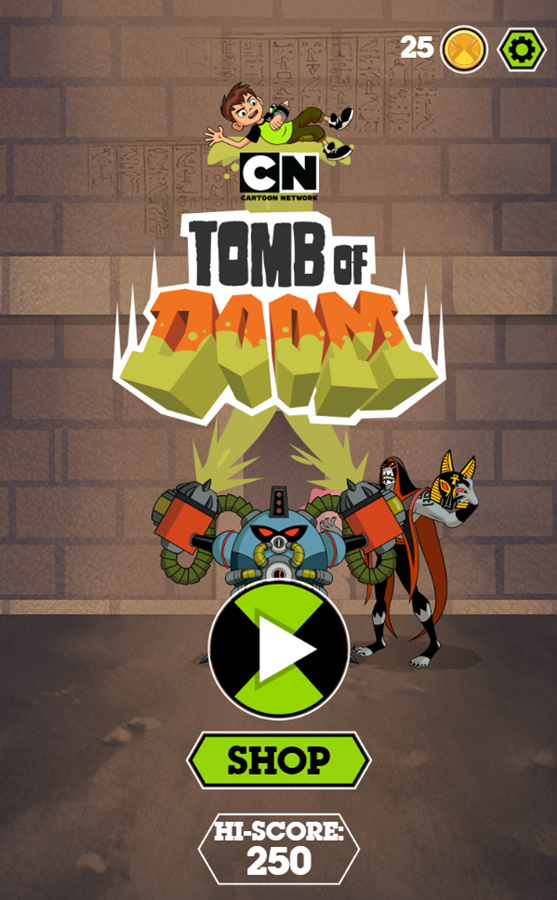 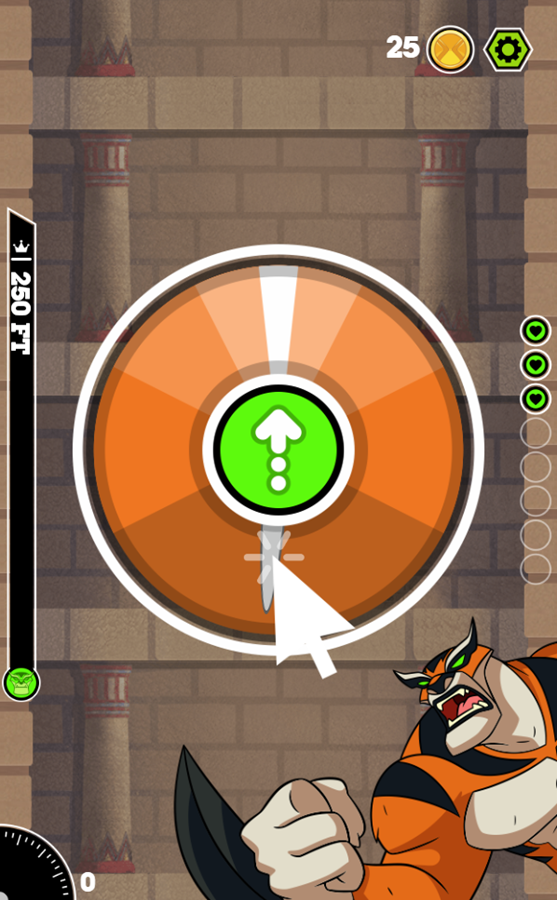 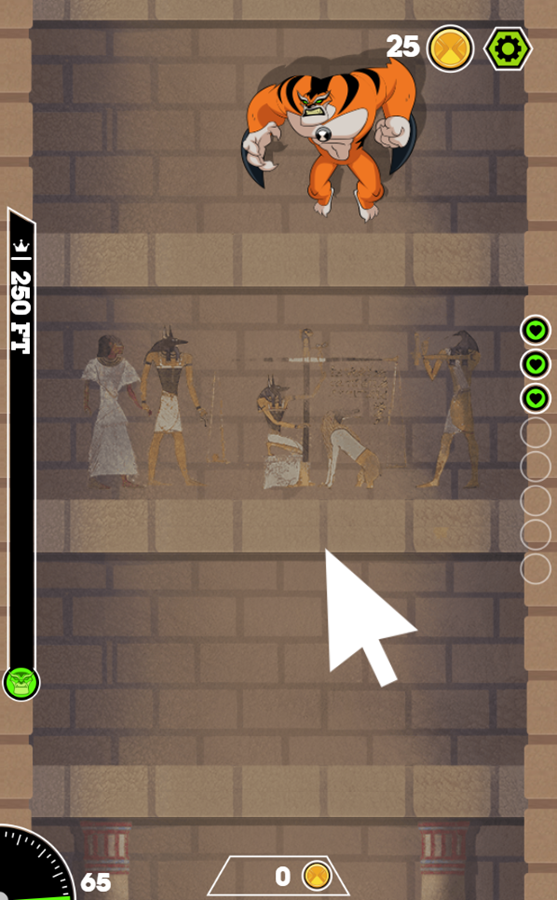 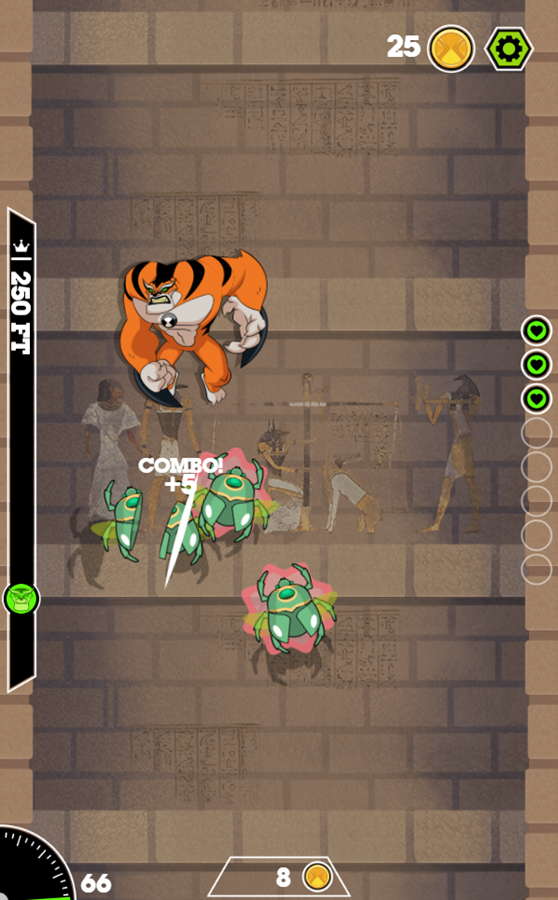 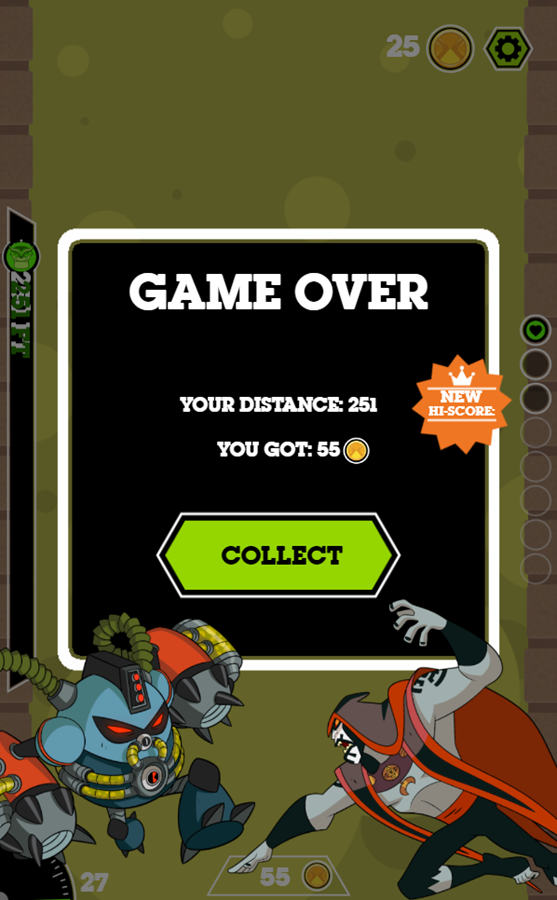 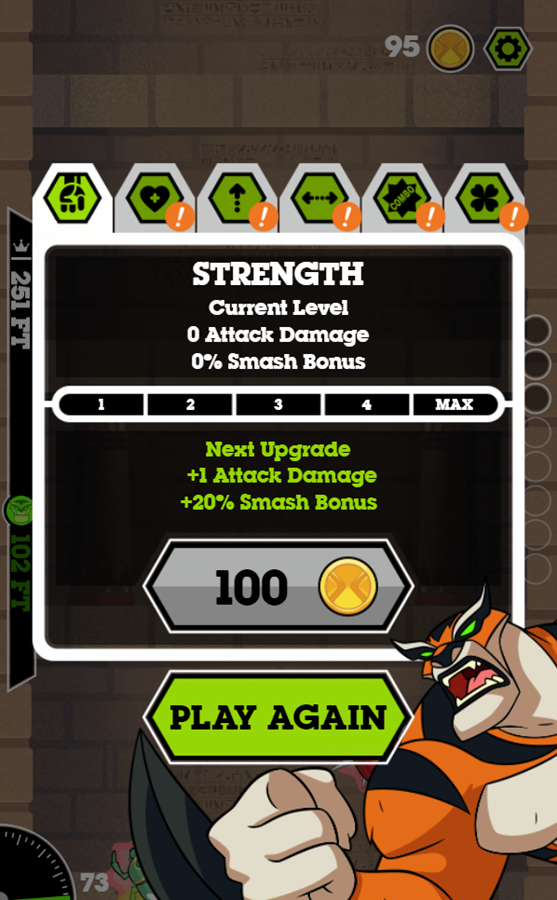 This game was published in these categories: Ben 10, Idle, Jumping, Tap. You can visit any of them to select other fun games to play.