Tripeaks Solitaire is a fun solitaire game where players try to remove all of the cards in three overlapping pyramids by placing them in a discard pile whilst racing against the clock. This game is also known as Three Peaks, Tri Towers or Triple Peaks.

Children and parents can play this classic tripeaks solitaire card game by clicking in the window below.

Alternatively kids and adults can play this virtual card deck solitaire game for free as a web application here.

How to Play Tripeaks Solitaire

Click on a card on the bottom row of the pyramids that is one card above or below the card on your stack. The stack is known as the waste pile. When you can’t add any more cards, because the values aren’t one above or below your card, then click the yellow arrow to pull another card from the deck

Like This Game? Review This Online Pyramid Solitaire Card Game 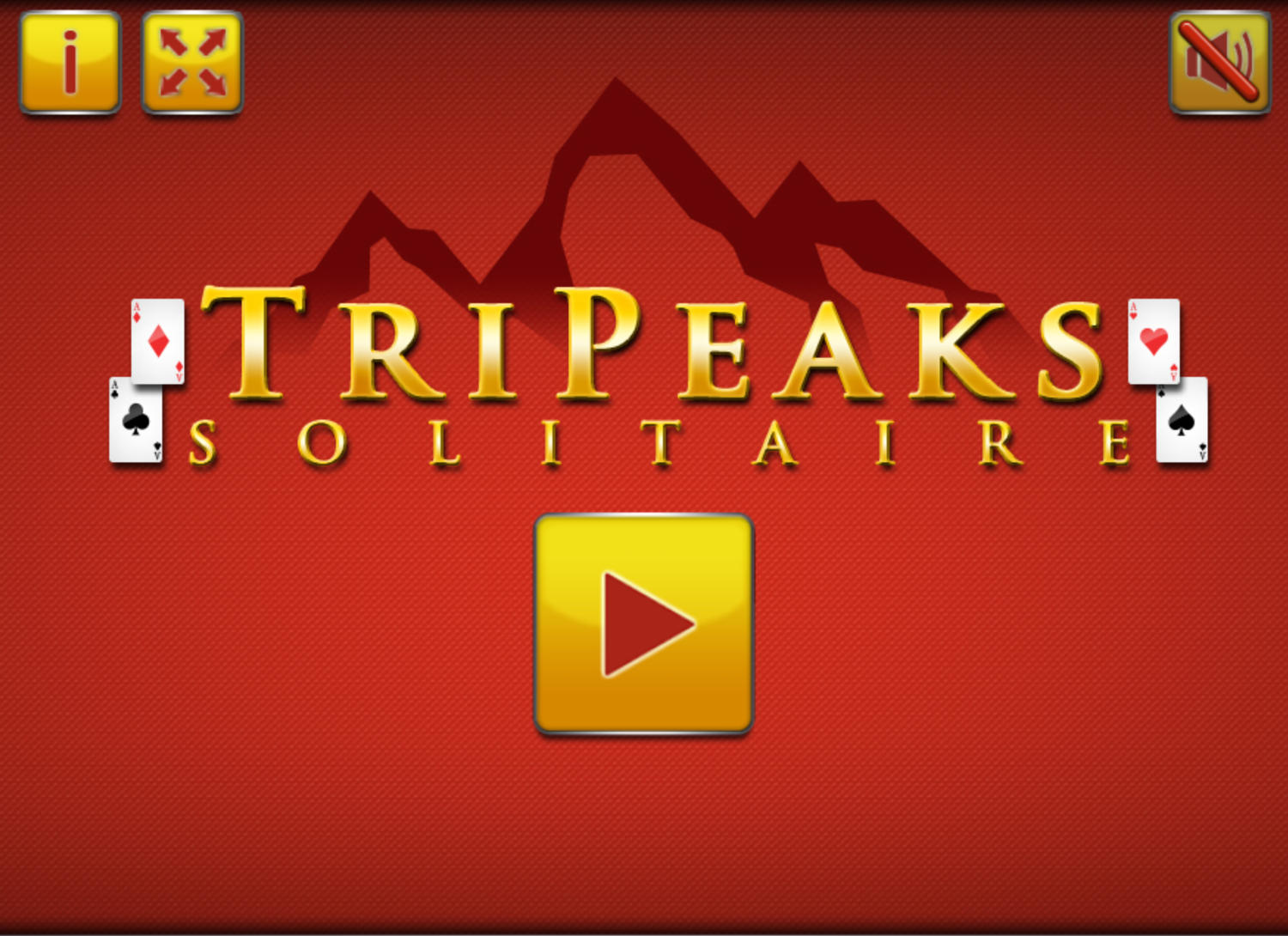 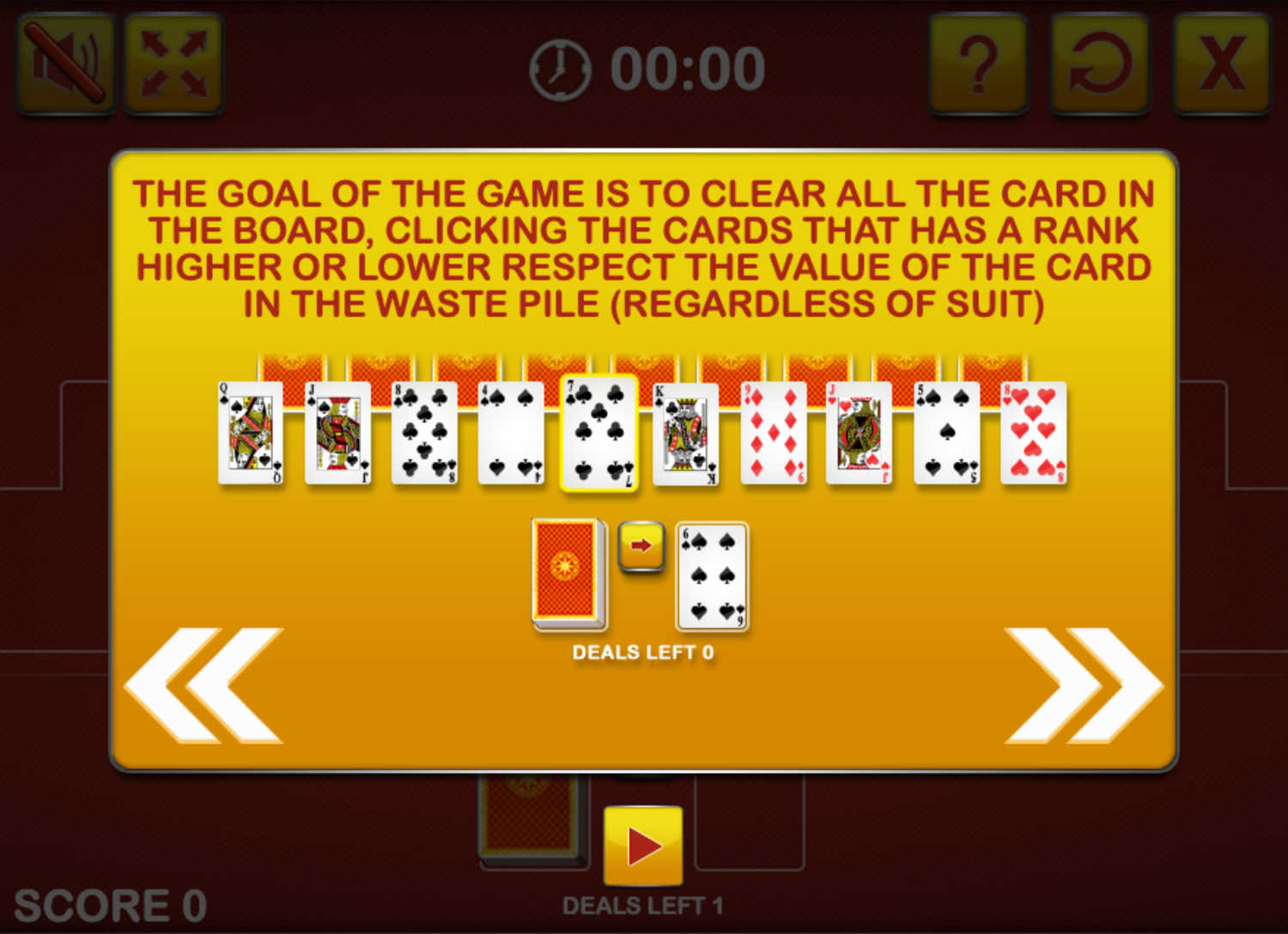 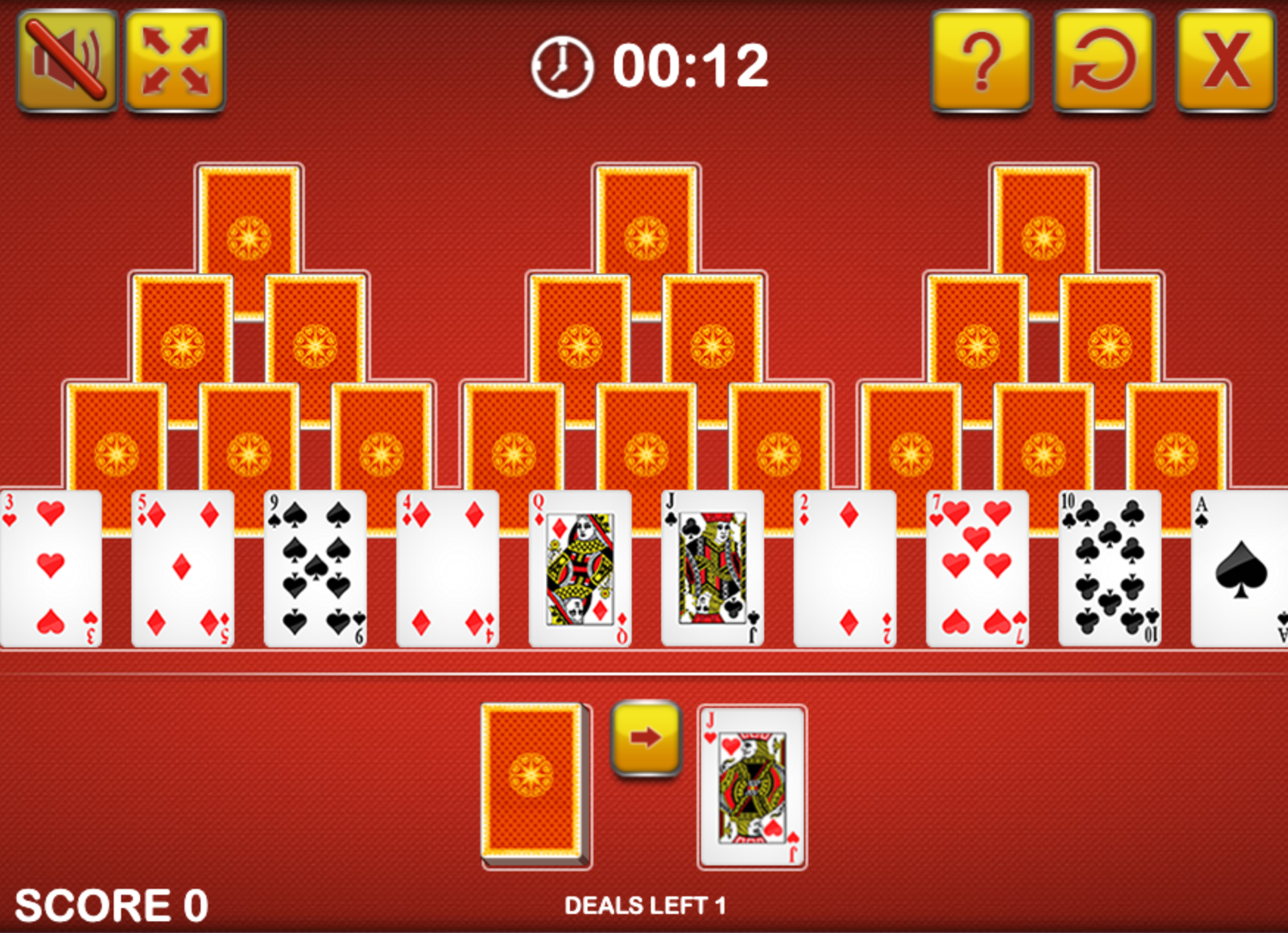 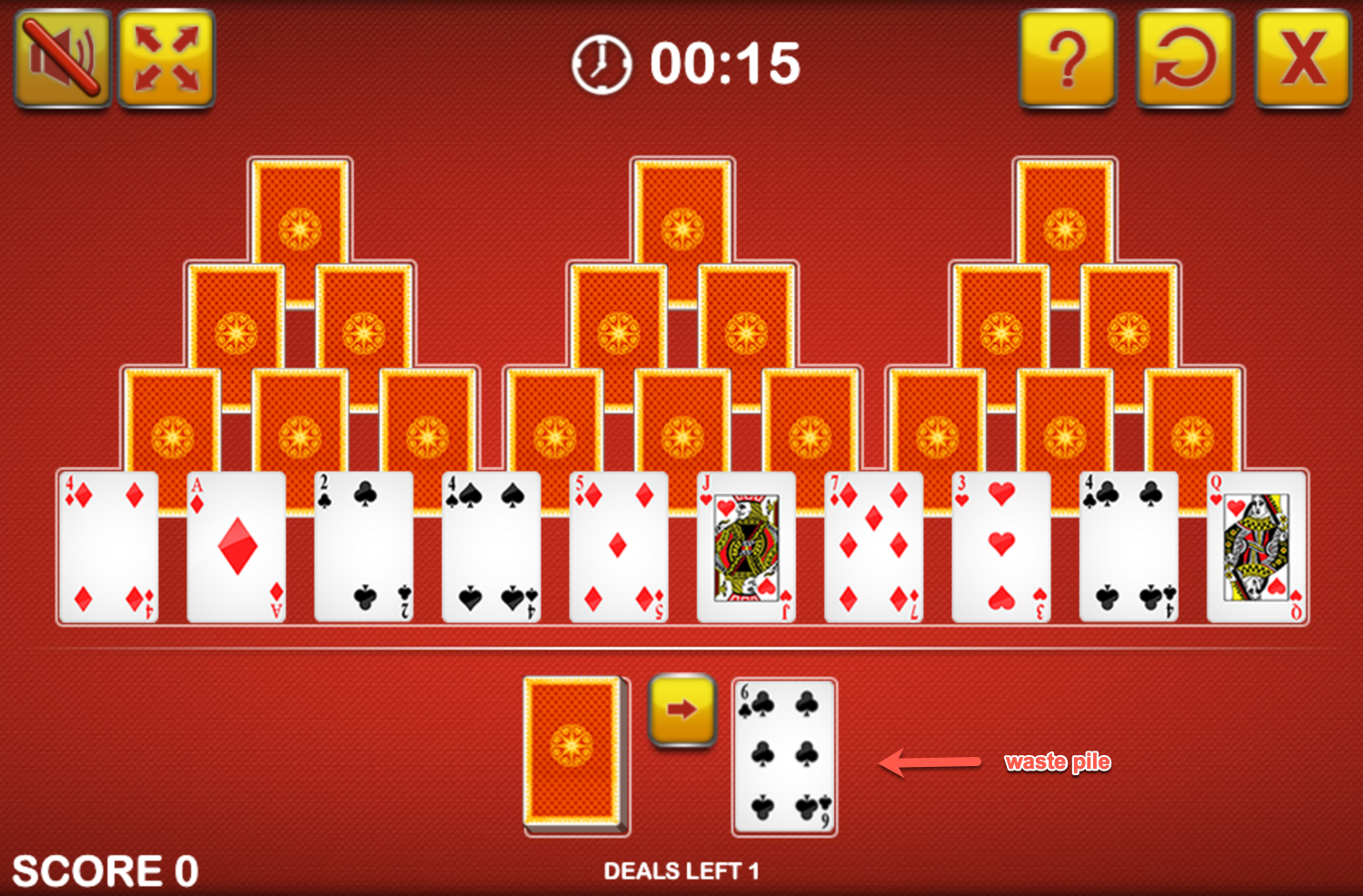 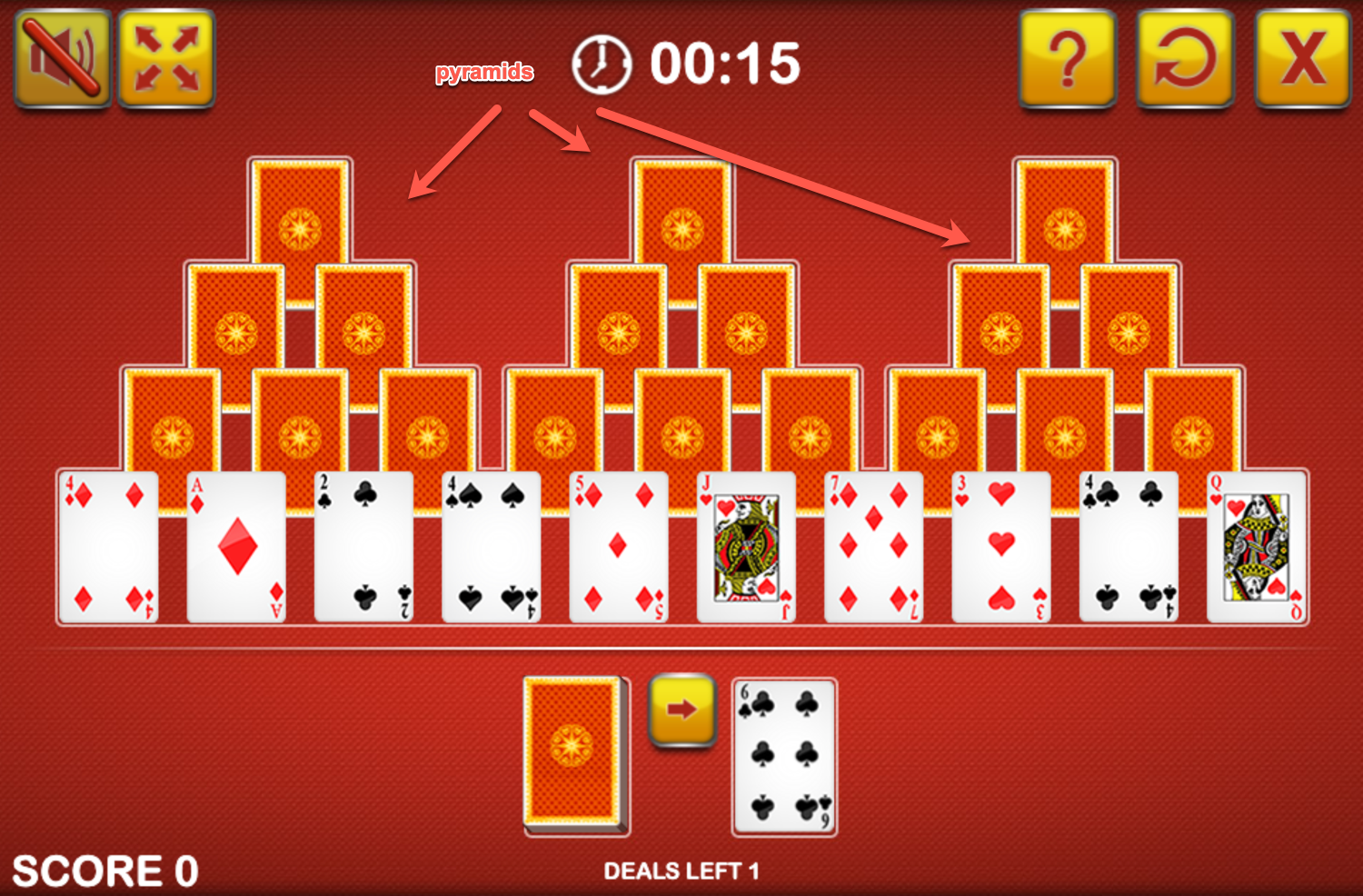 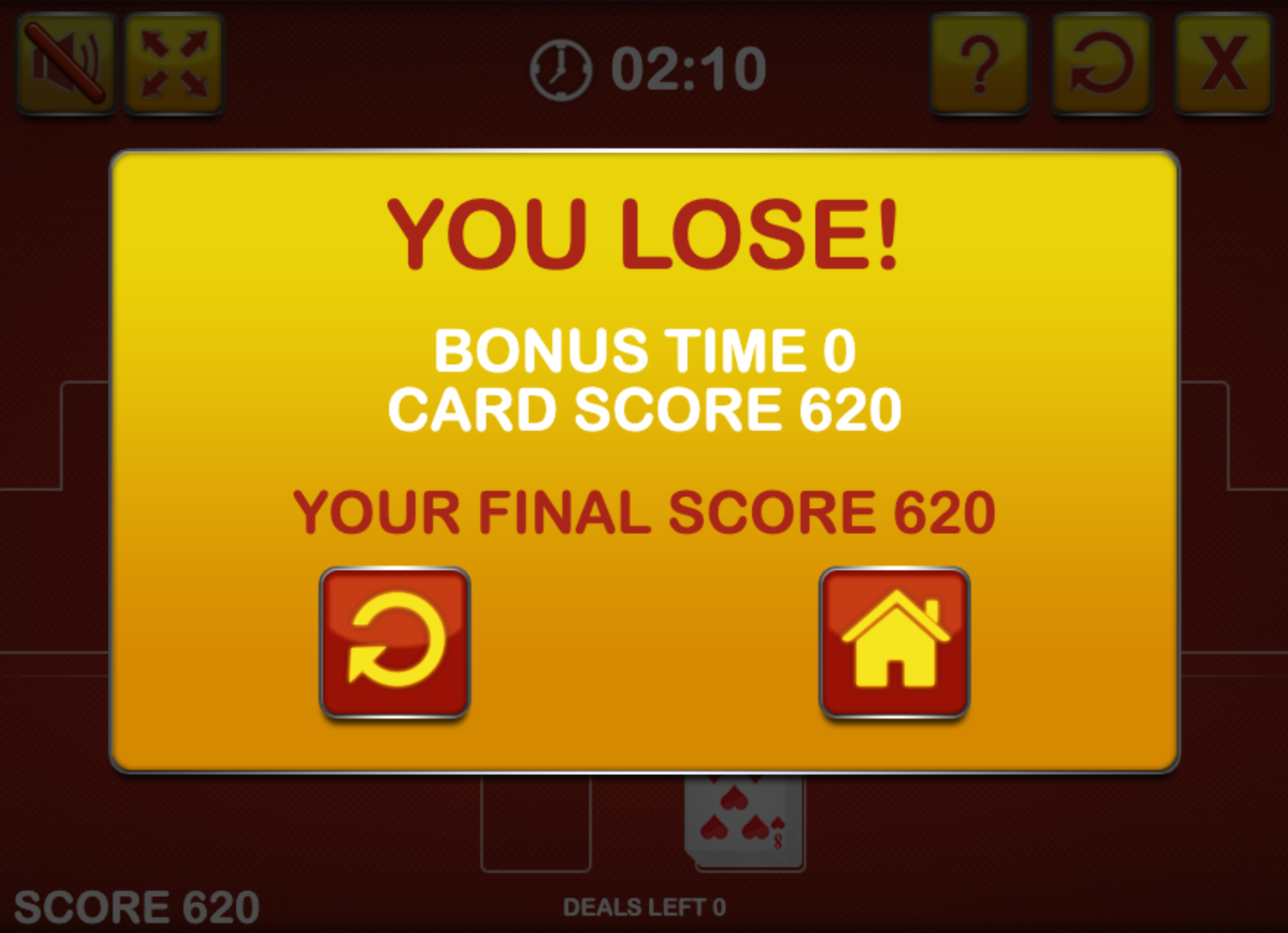 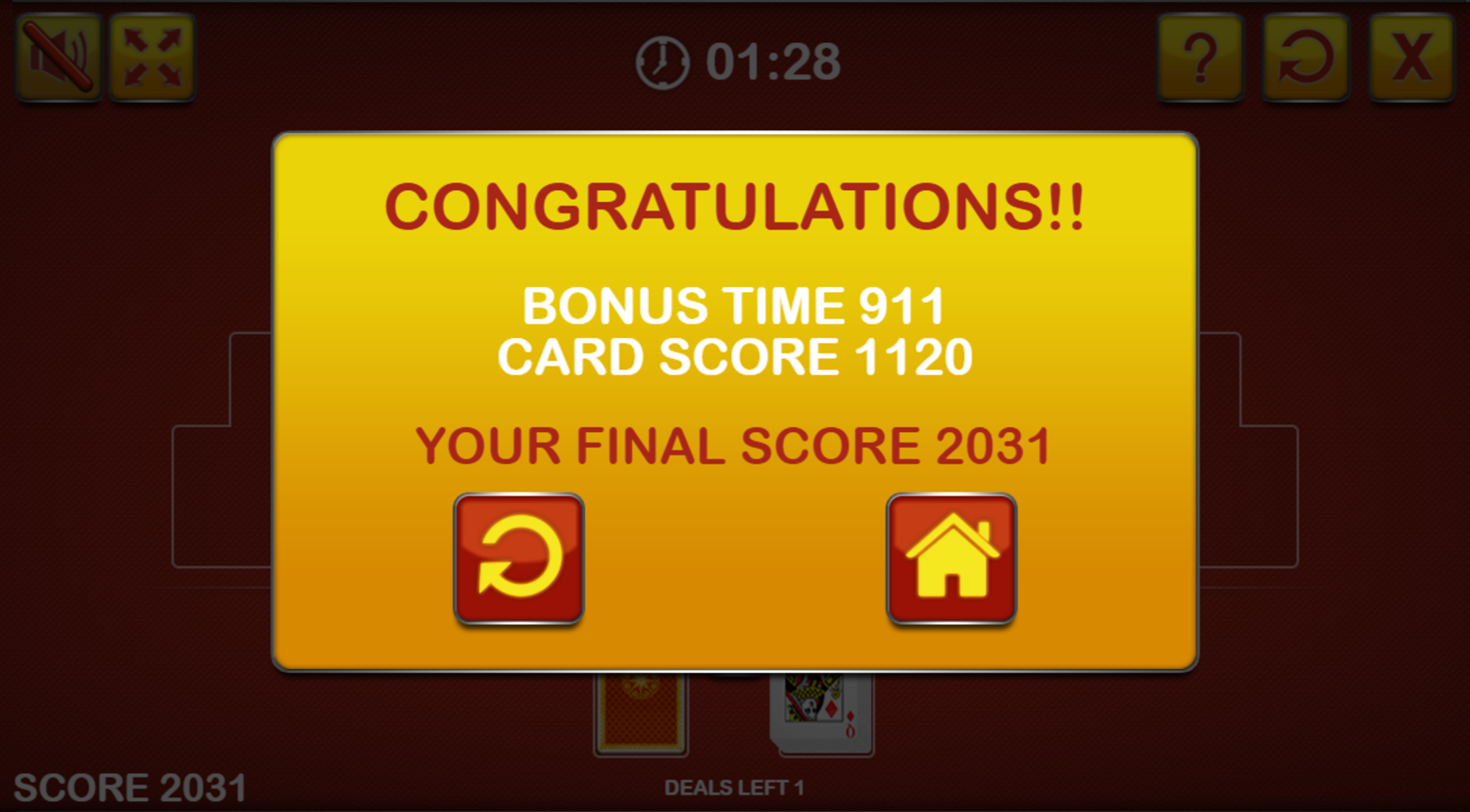