This is a quite challenging timed version of Tripeaks Solitaire which uses more than one card deck. Players are given 6 minutes to clear the tableau on each of the 5 stages.

Select cards which are one higher or lower than the card atop the waste pile to remove them from the tableau. 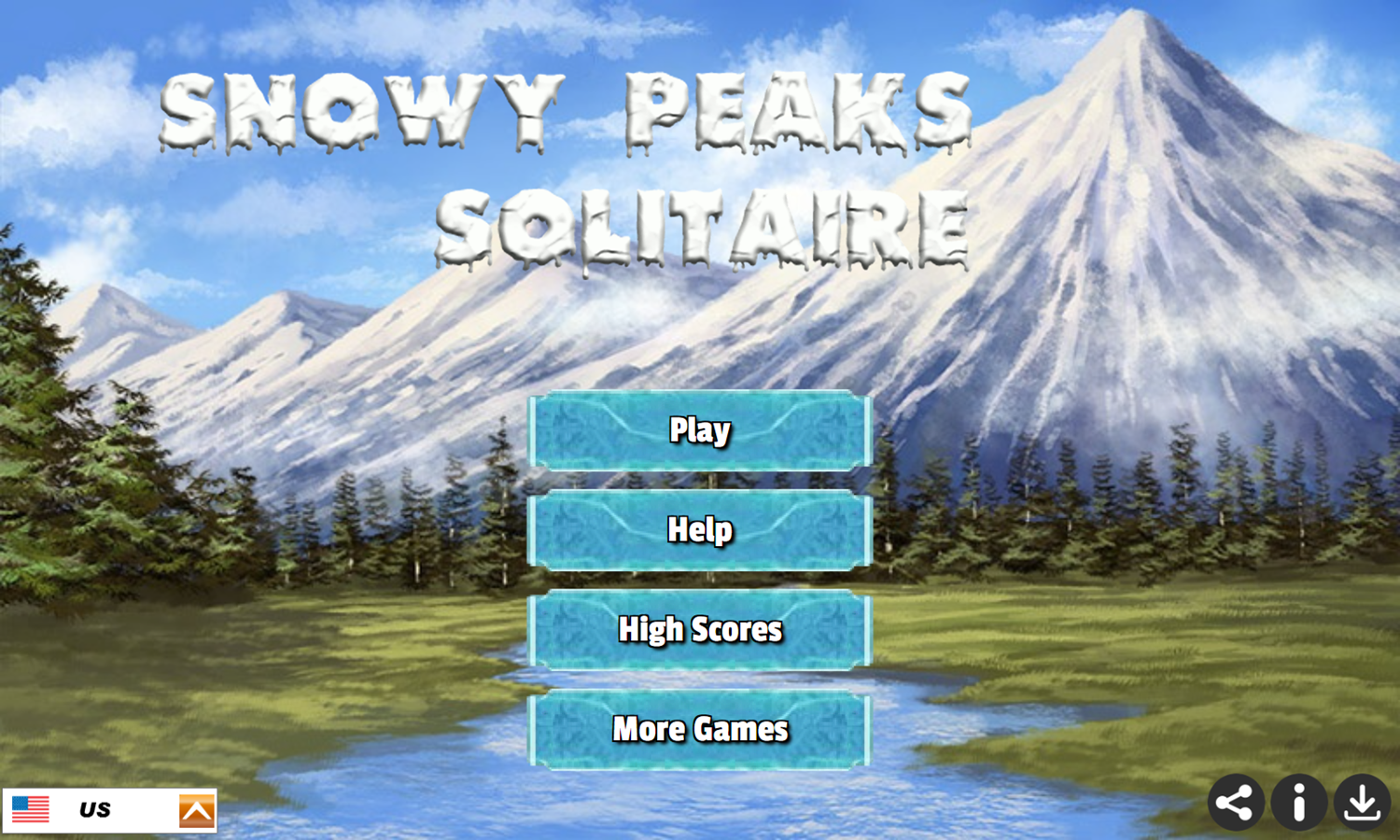 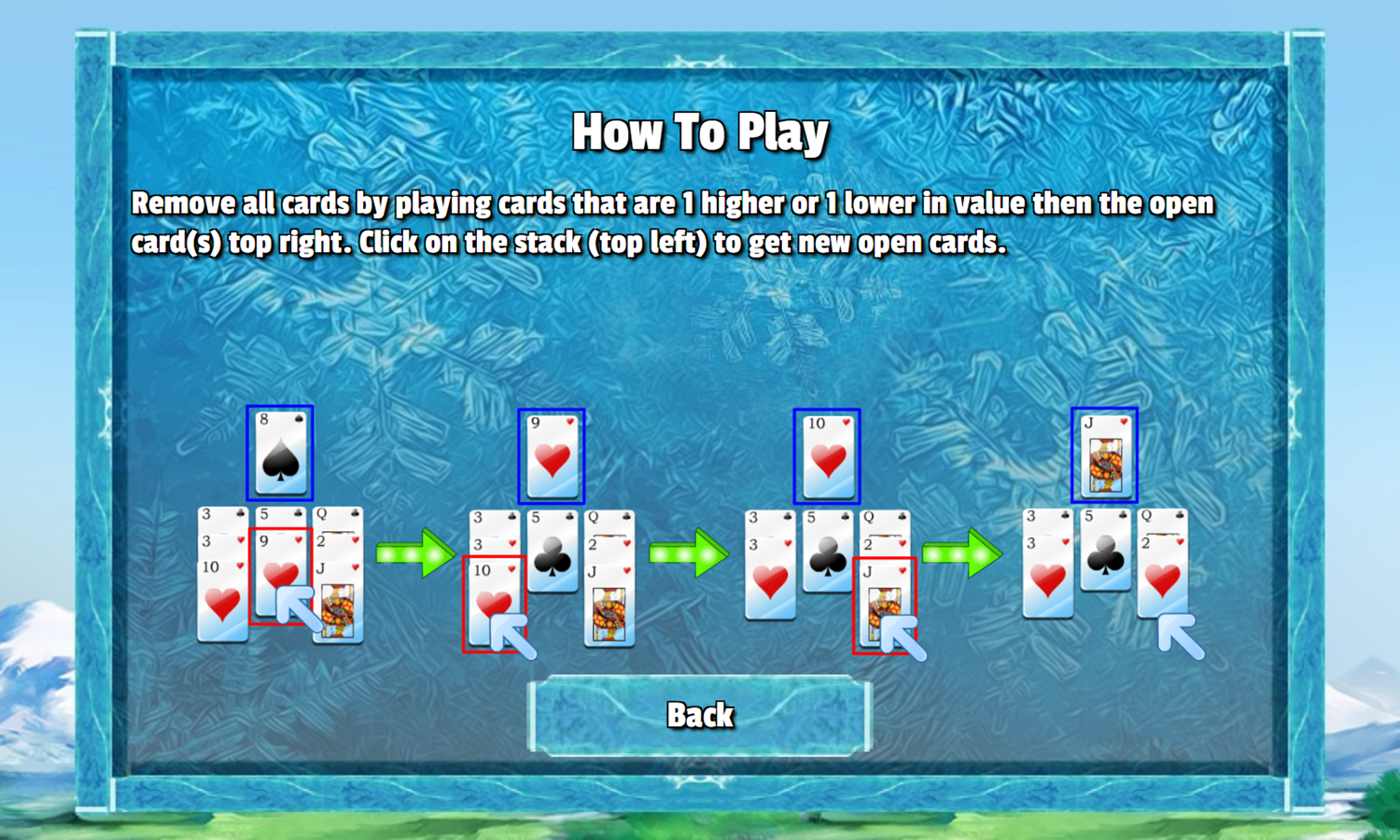 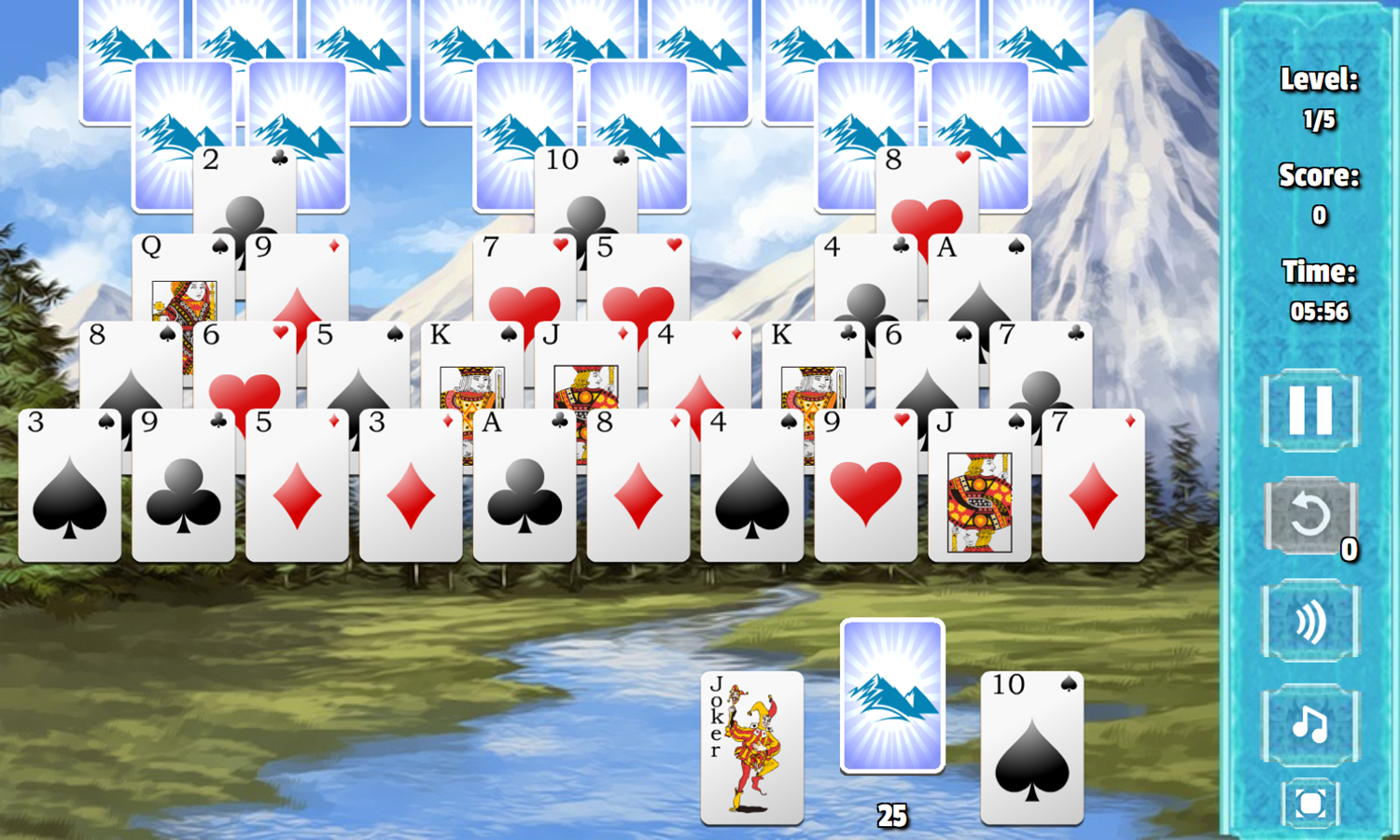 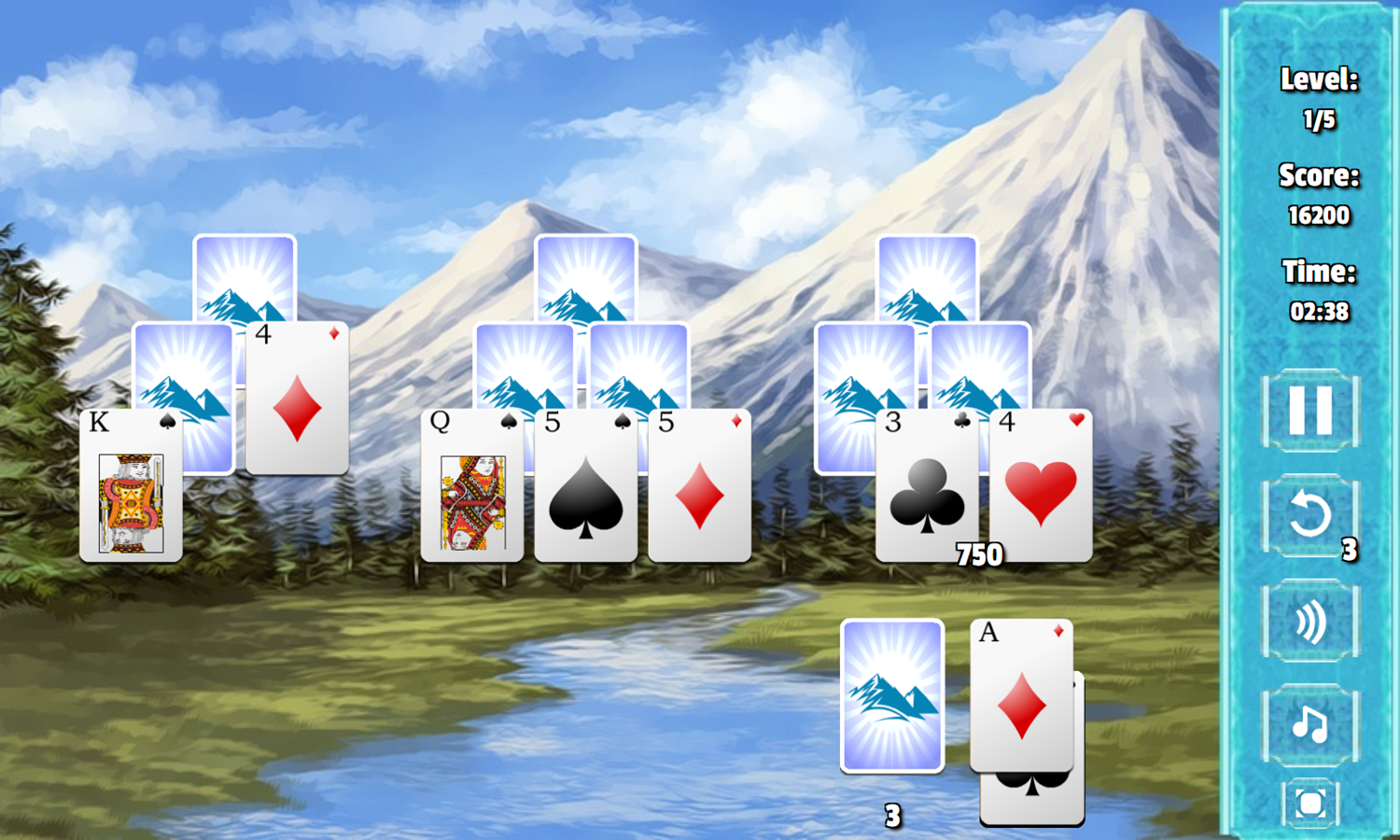 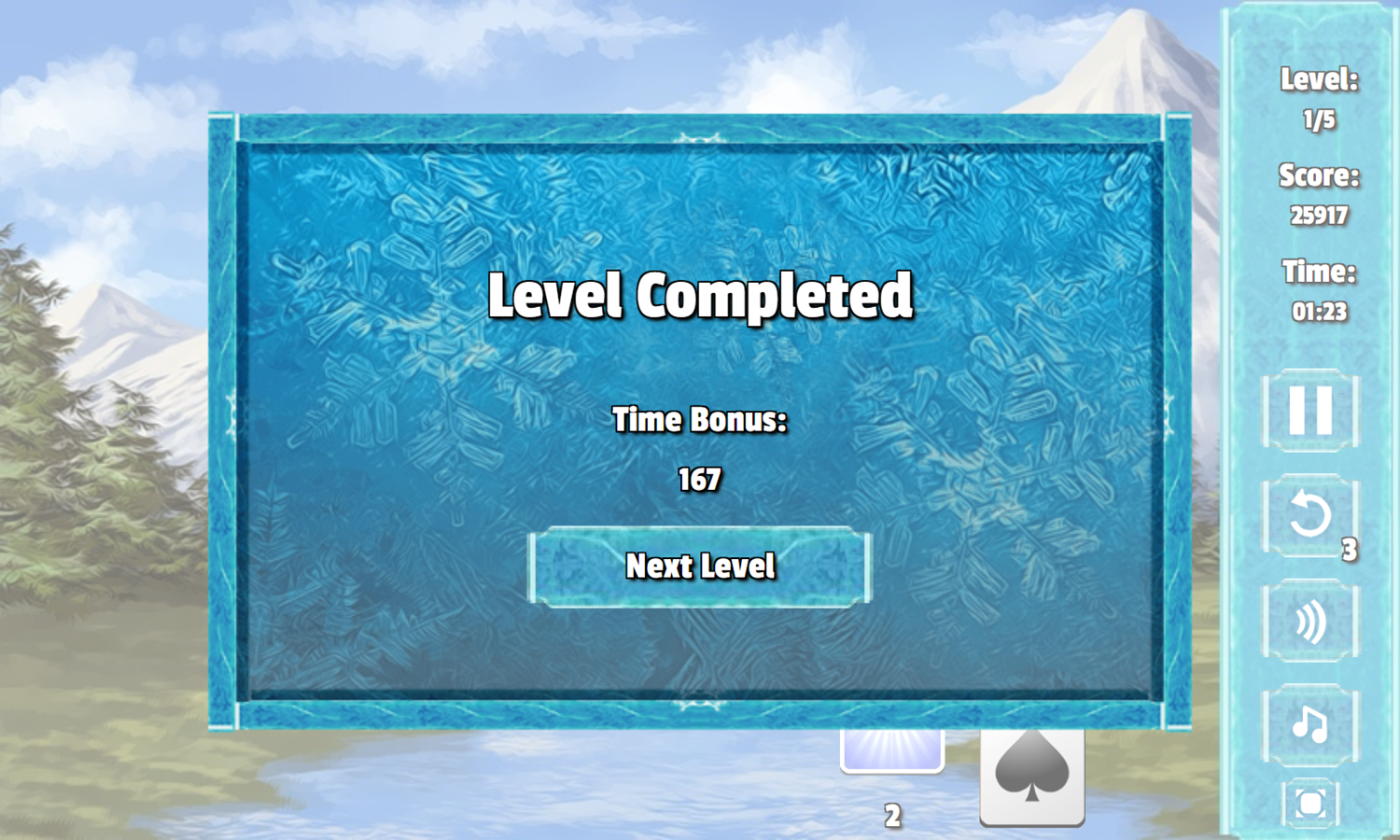