This is a simple retro-inspired escort platforming game, which is the sequel to Bugongo Greenhill & the predecesor to Bugongo Bouncy Jungle. This game can almost be viewed as a second half to the first game, so if you have not yet played the first game we recommend beating it before coming back to this game.

As Bugongo the dinosaur0-like creature, guide your egg to the target area at the end of each of the 12 levels while keeping it safe. Don’t let the egg roll just anywhere. Danger lurks in every corner.

Children and parents can play this egg survival level escape game by clicking in the window below.

Alternatively kids and adults can play this physics platformer video game versus the computer for free as a web application here.

As Bugongo, guide your egg through a wintry landscape and into safety. 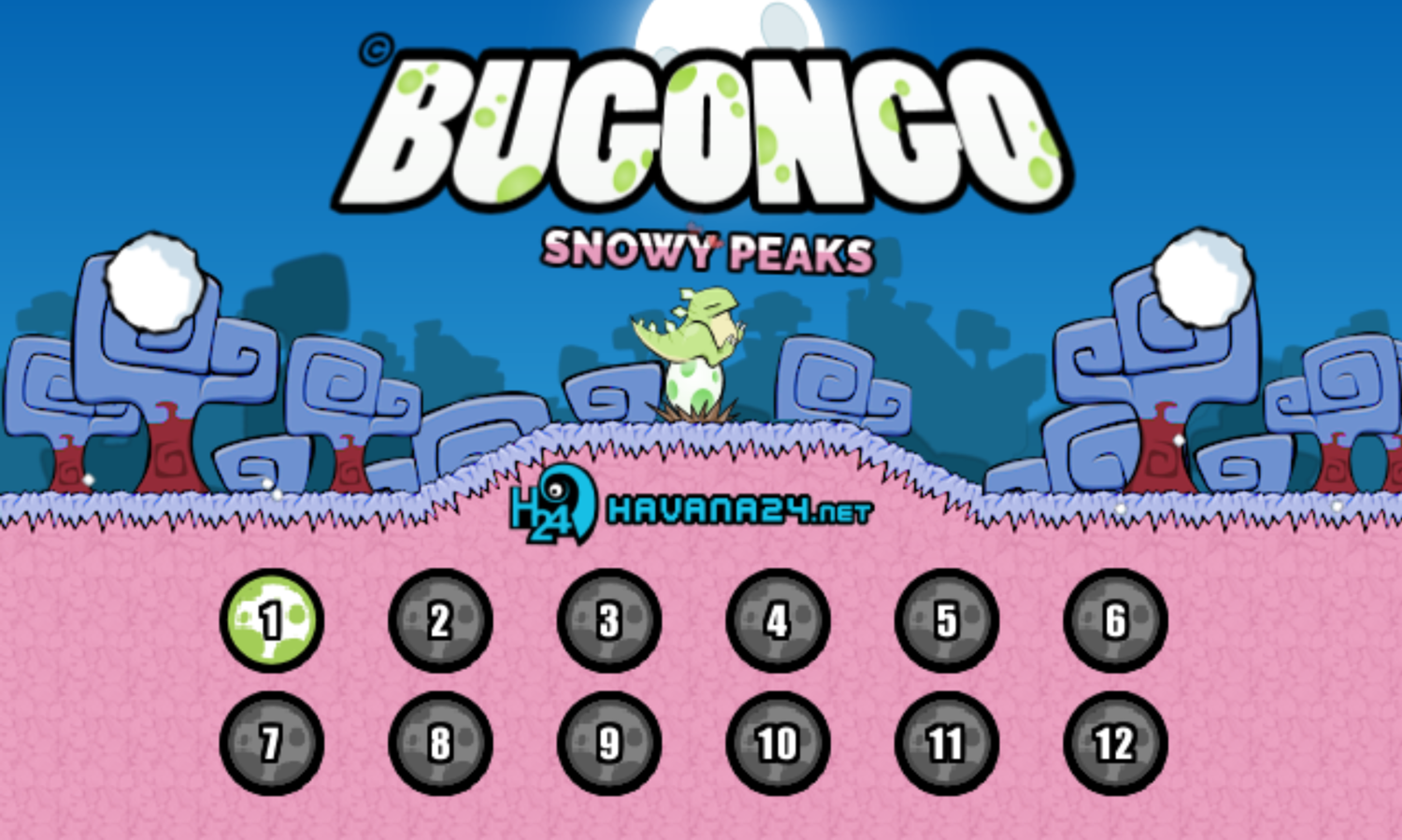 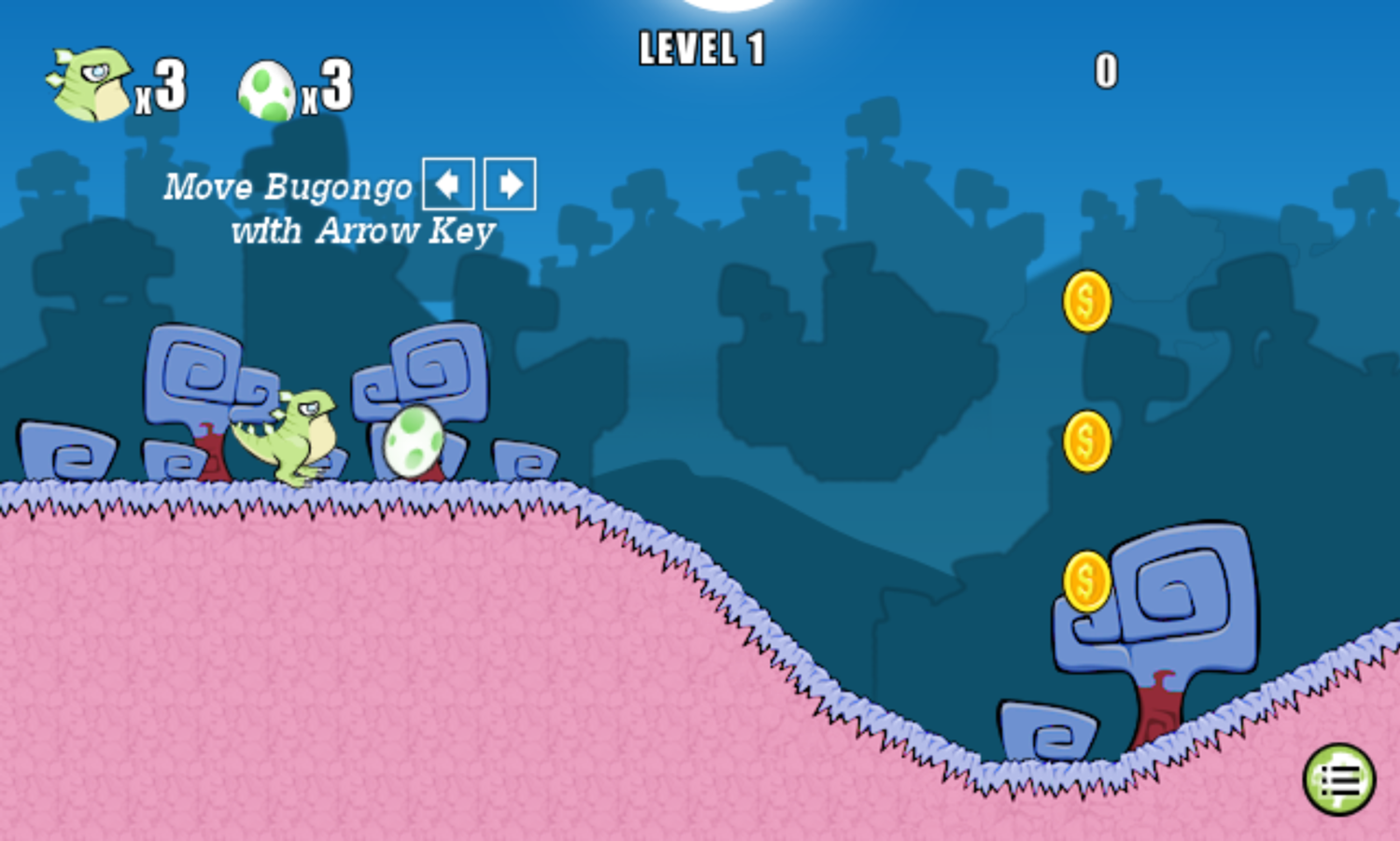 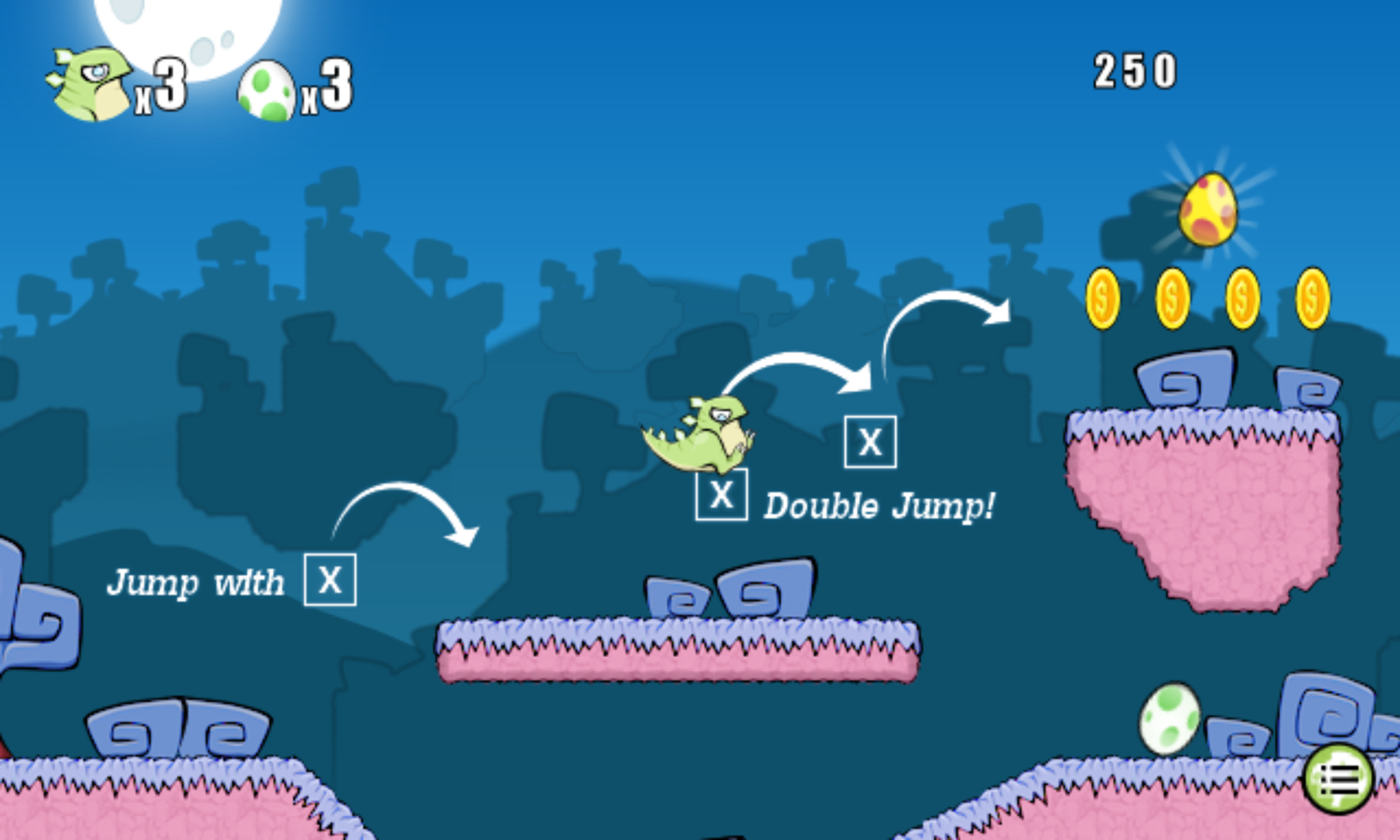 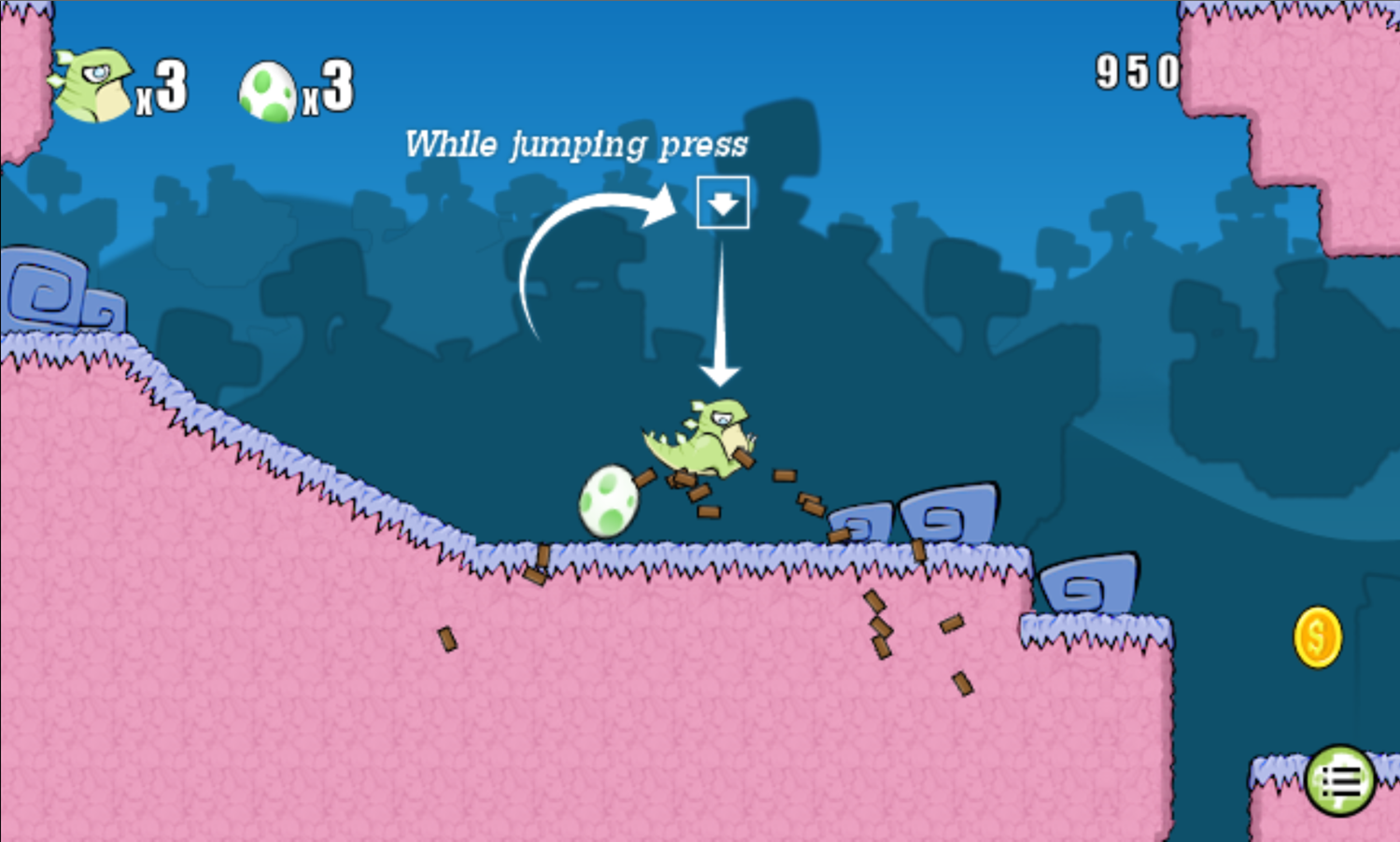 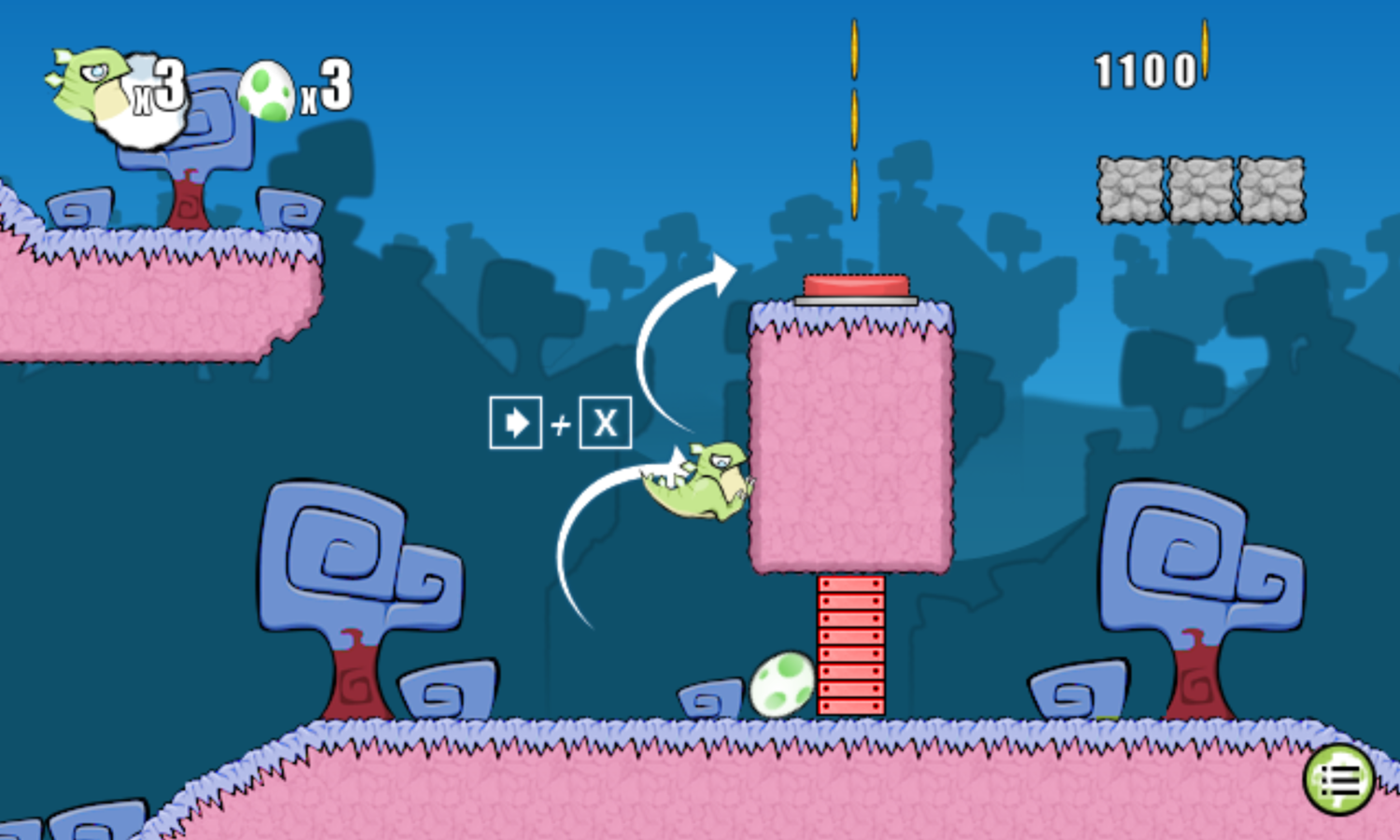 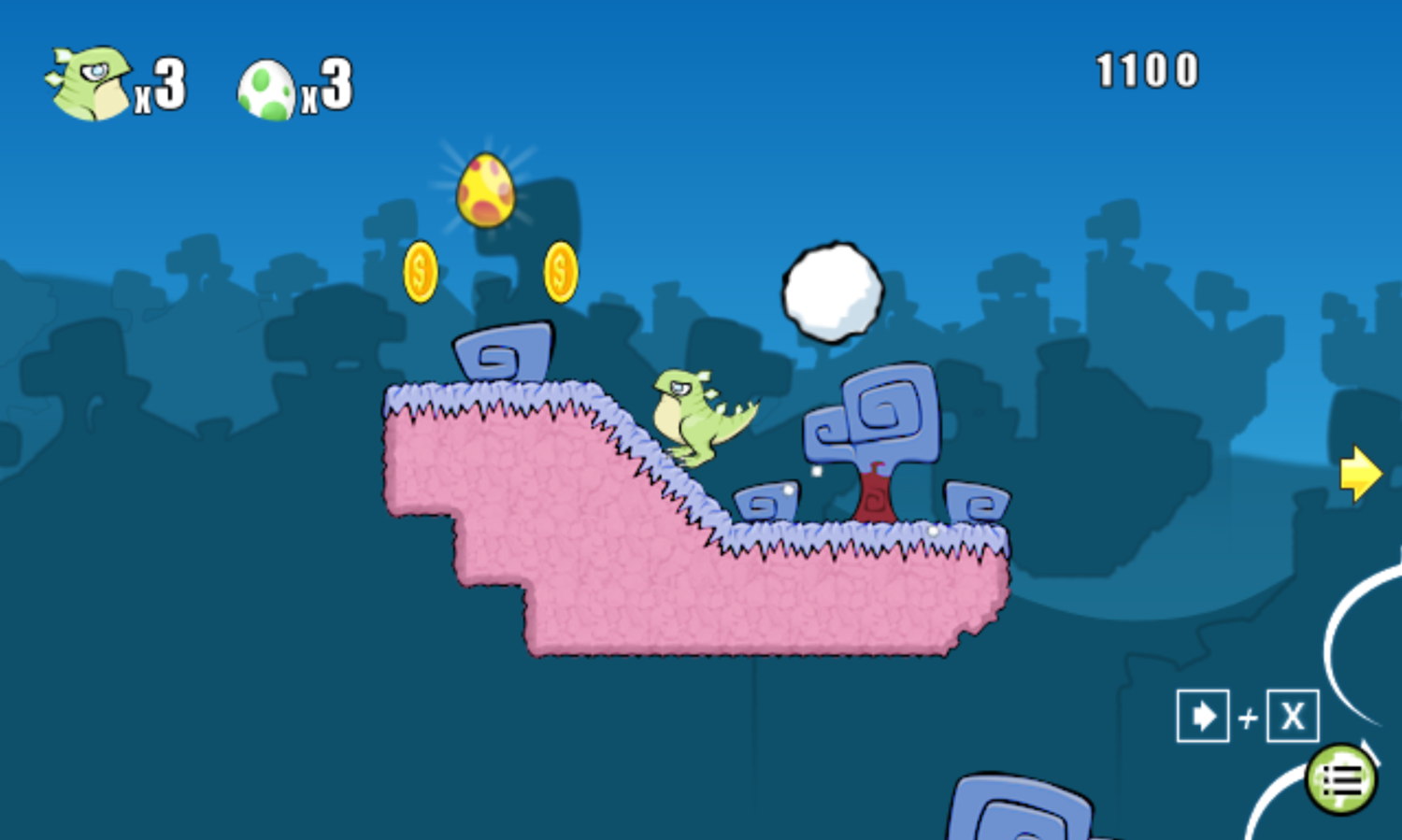 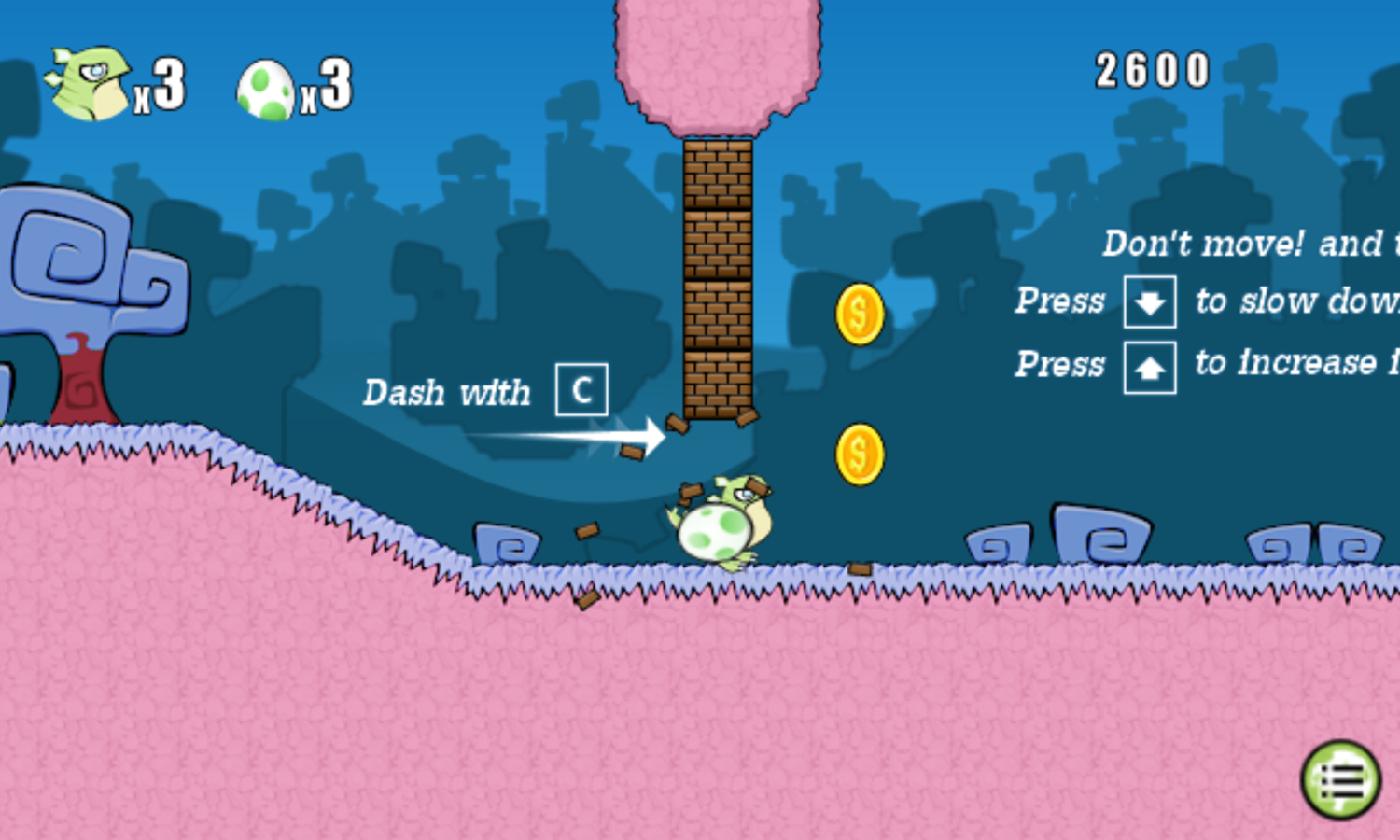 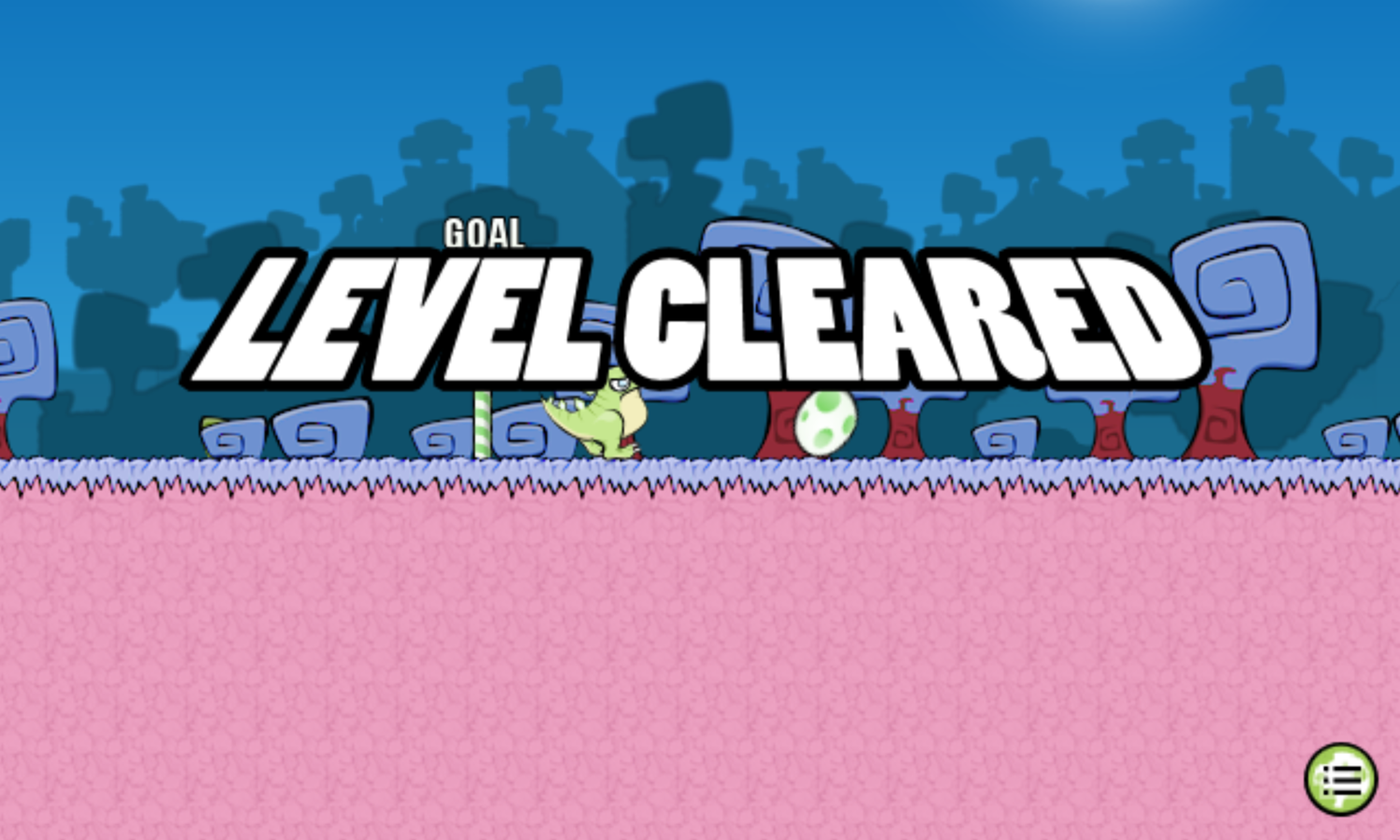 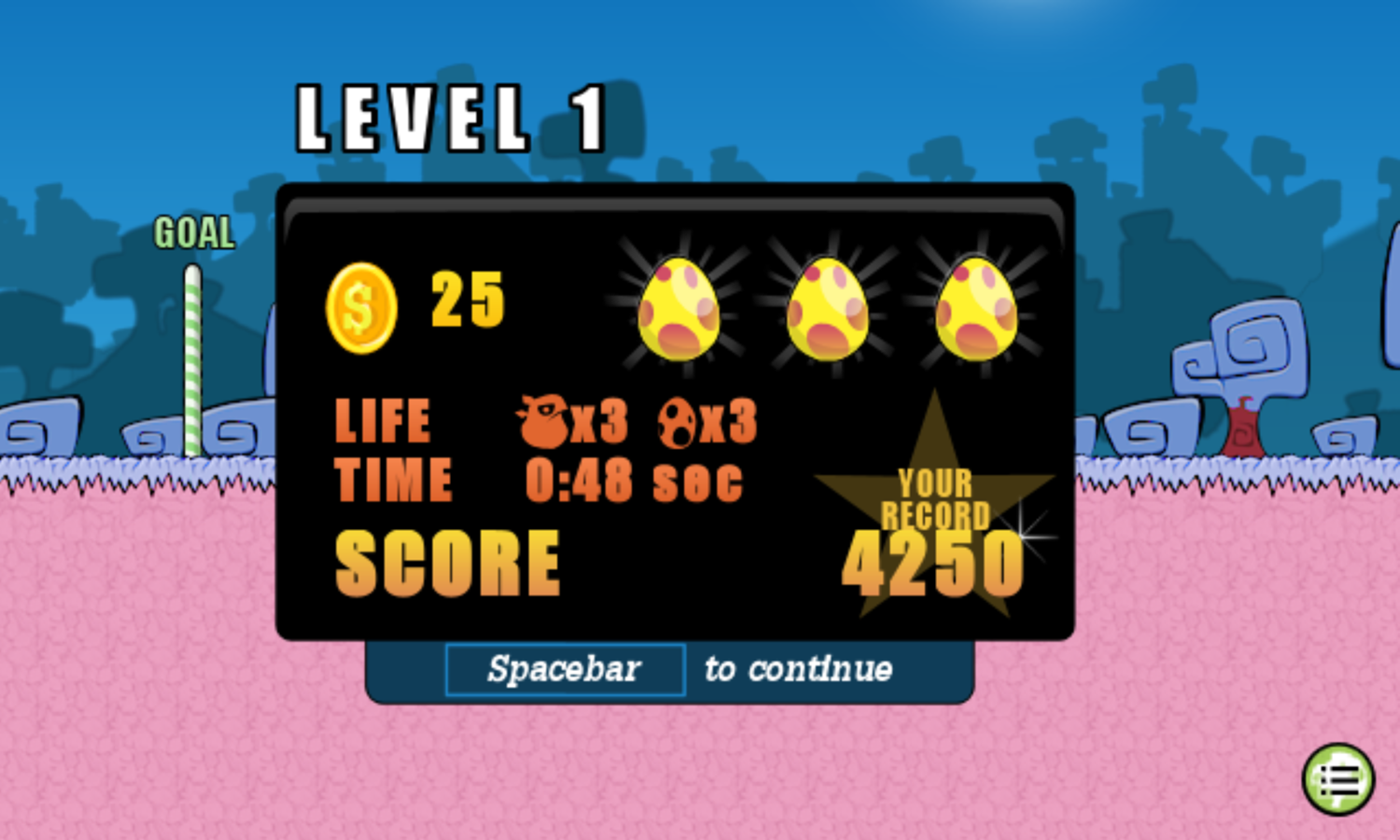 This game was published in these categories: Easter, Escape, Physics, Platform, Survival. You can visit any of them to select other fun games to play.