Erwin Rudolf Josef Alexander Schrödinger developed one of the world’s most famous thought experiments, where he described a cat in a box could be dead or alive, but you couldn’t be certain which until the box was opened and measured. This 10-stage game plays off that quantum theory thought experiment.

Children and parents can play this logic puzzle platformer game by clicking in the window below.

Alternatively kids and adults can play this cat platforming video game for free as a web application here.

Move the cat to the green fish at the end of each stage. Switch to the dead state just before encountering dangers & then switch back to progress through the level. 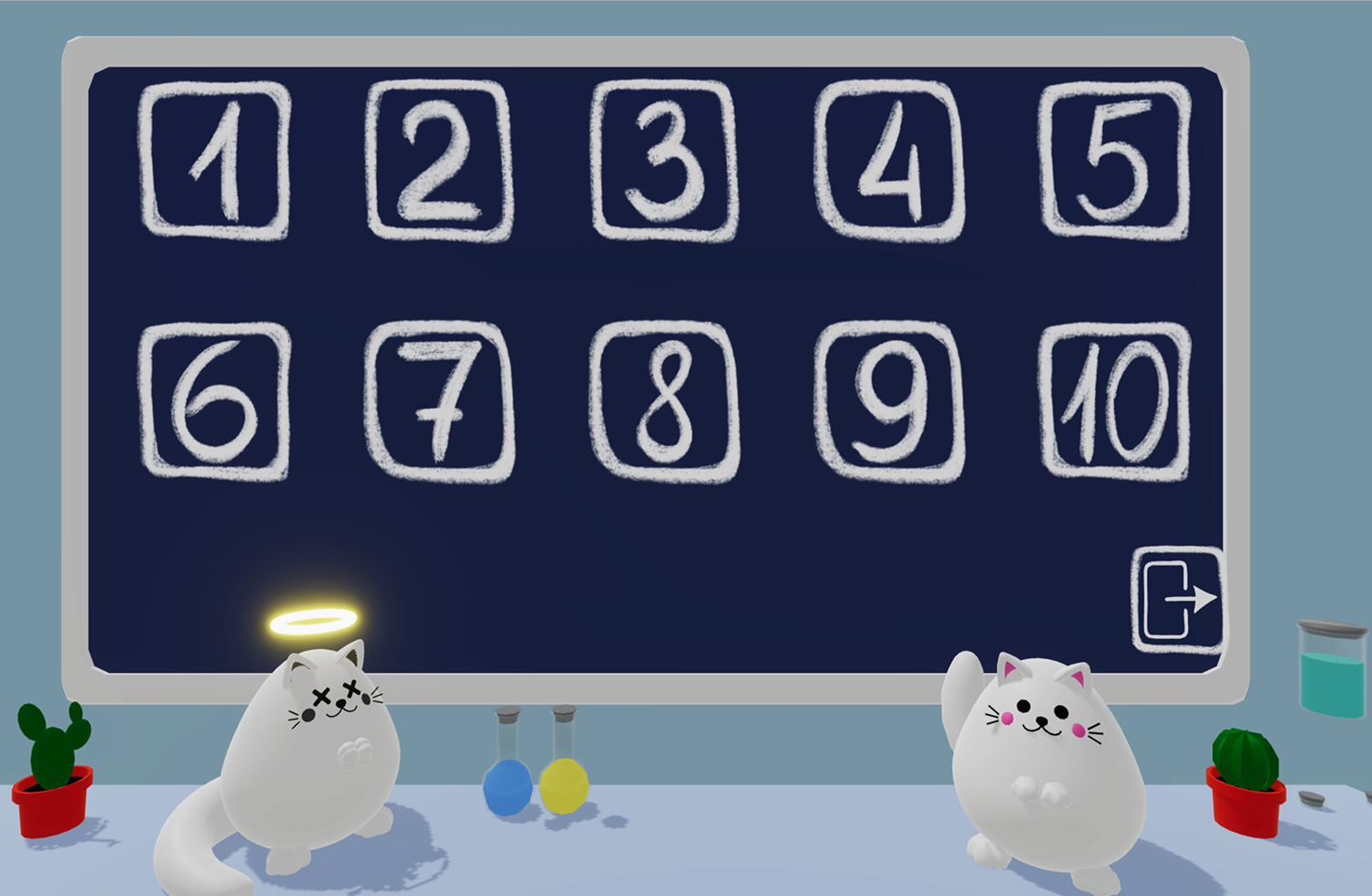 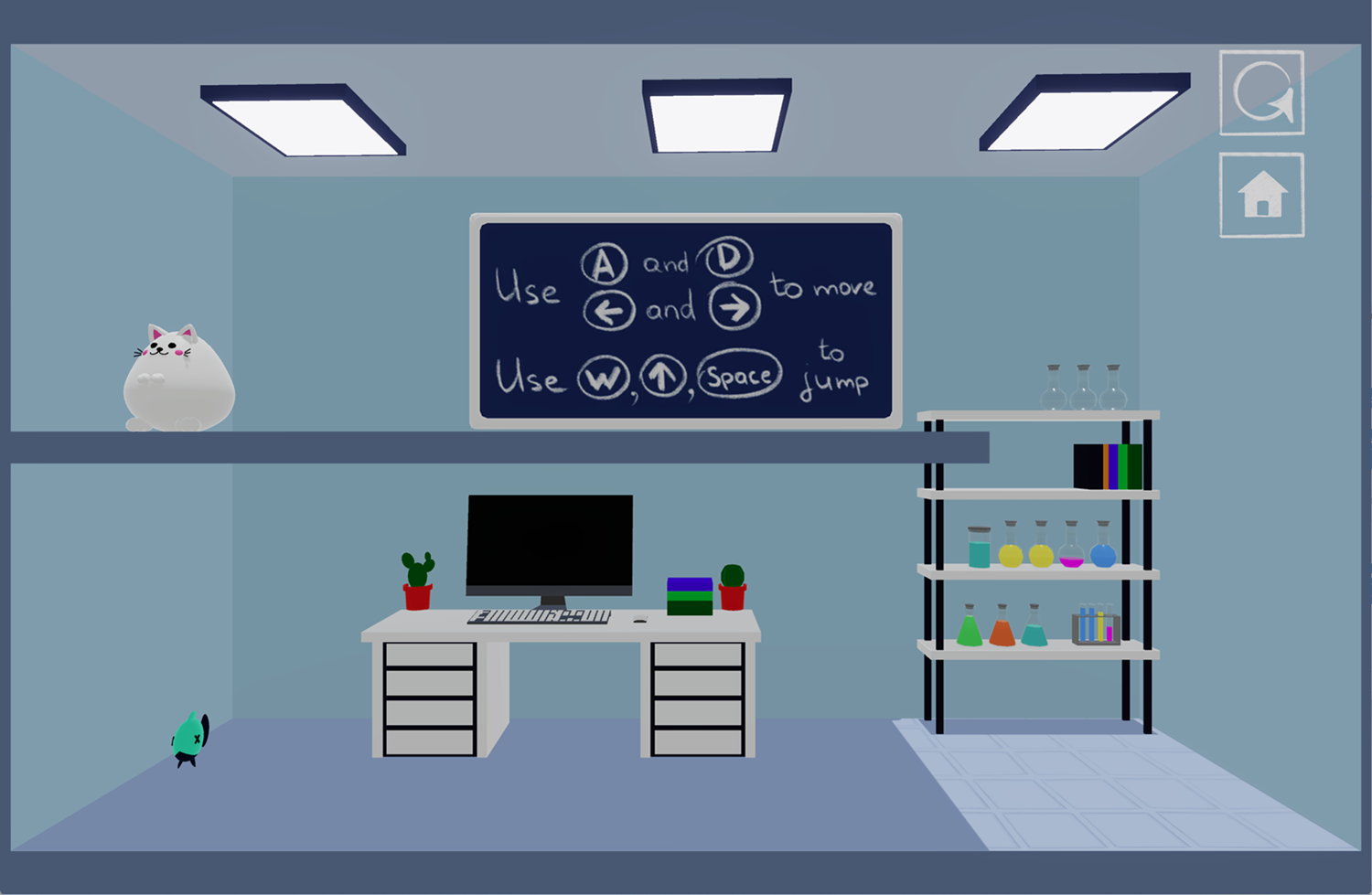 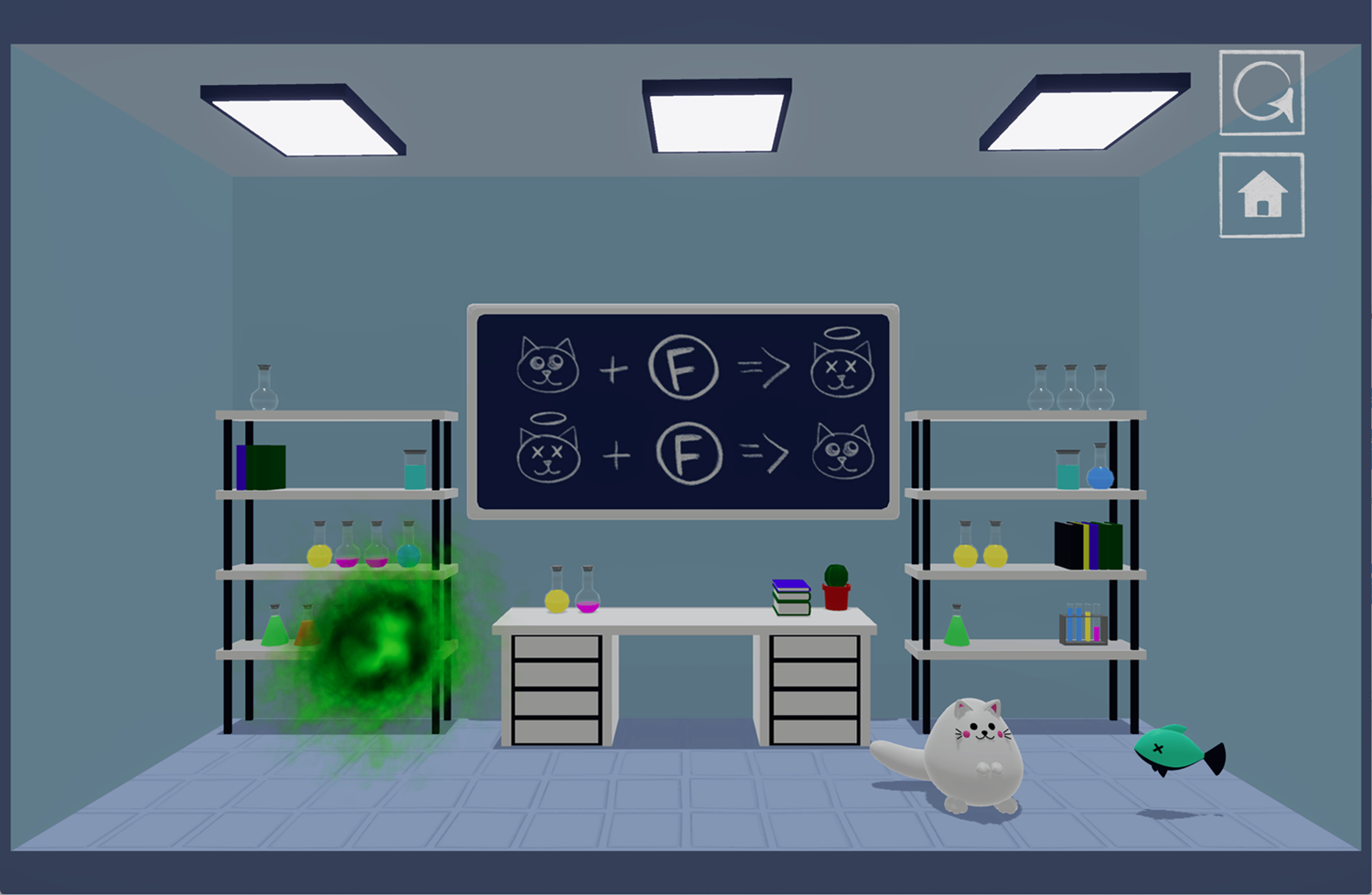 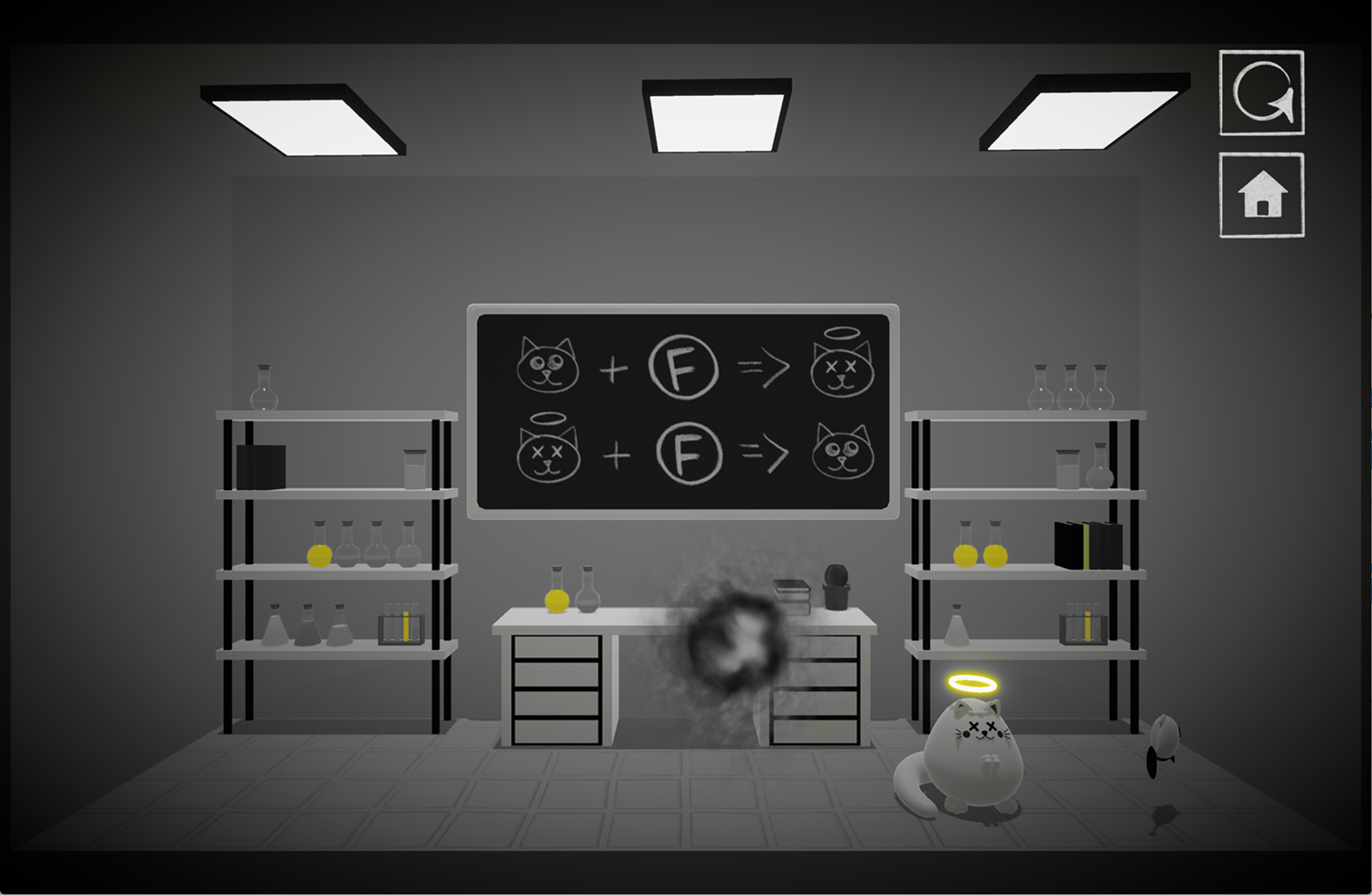 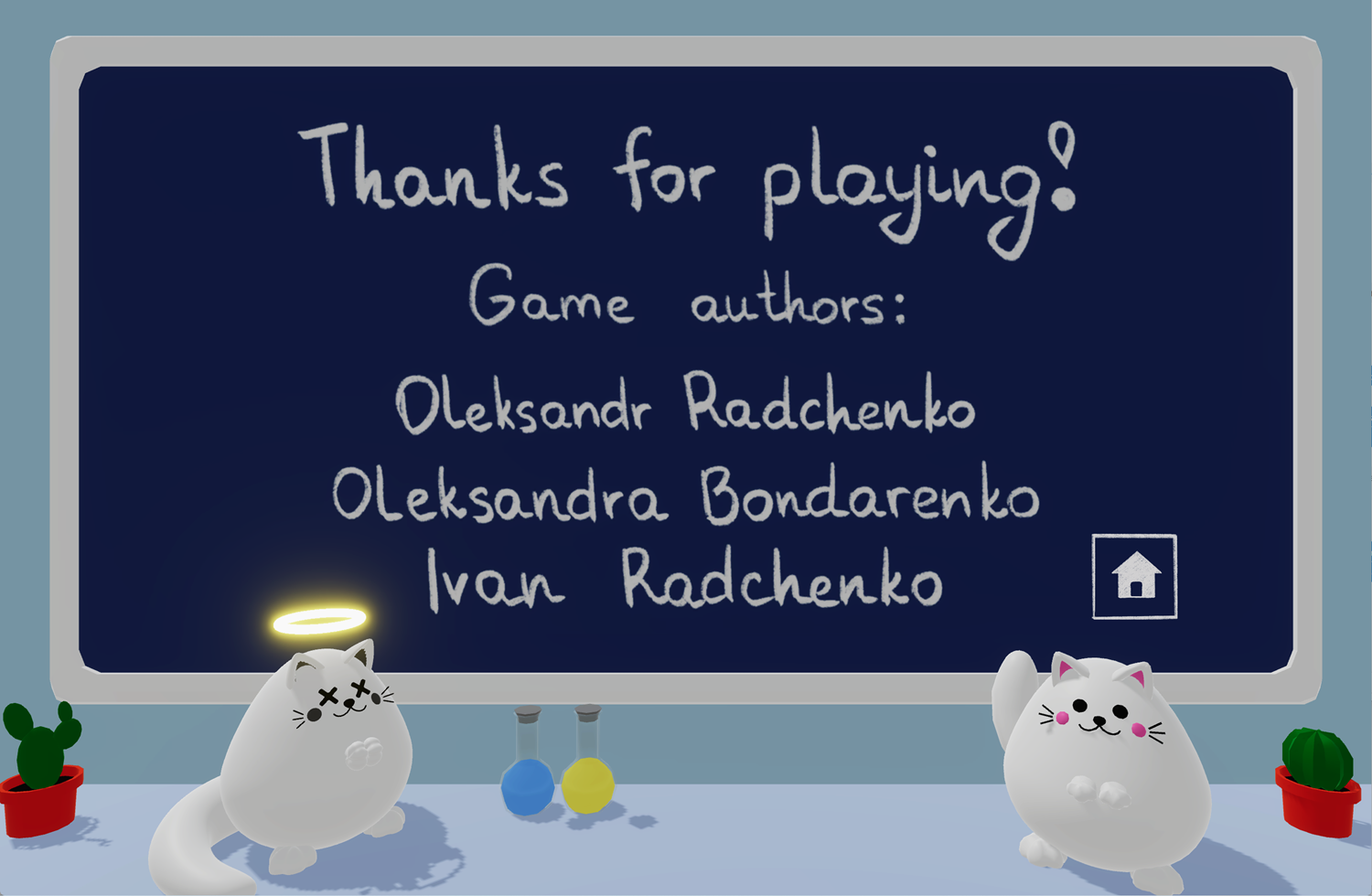 This game was published in these categories: Cat, Logic, Physics, Platform. You can visit any of them to select other fun games to play.