This is a single player version of the game Hearts where players play against 3 computer players.

Children and parents can play this single-player Hearts cards game by clicking in the window below.

Alternatively kids and adults can play this Hearts video game vs the computer for free as a web application here.

Avoid winning tricks with a Heart or the Queen of Spades on them, unless you can shoot the moon & take all tricks. Have the lowest score when any player reaches 100 or more points to win. 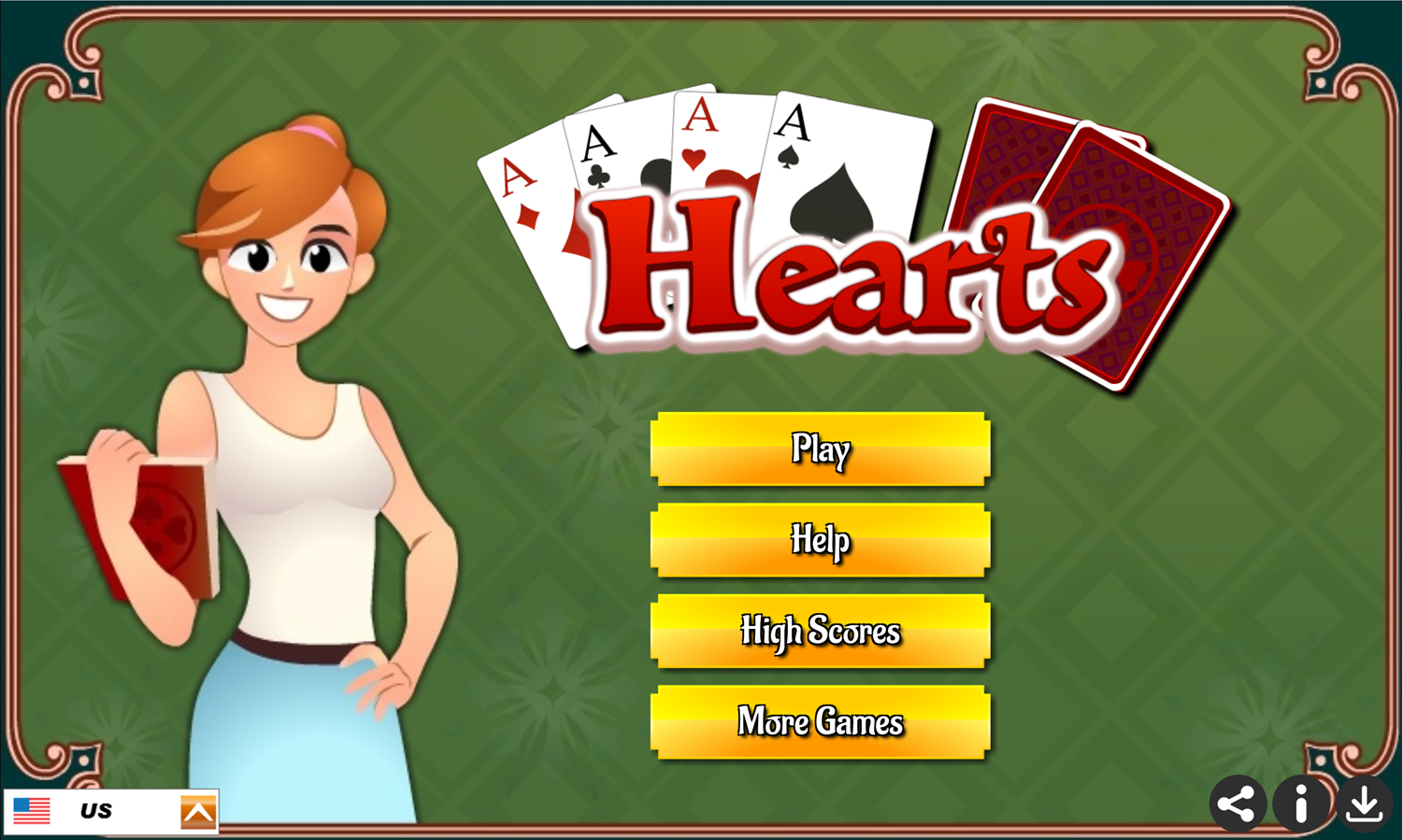 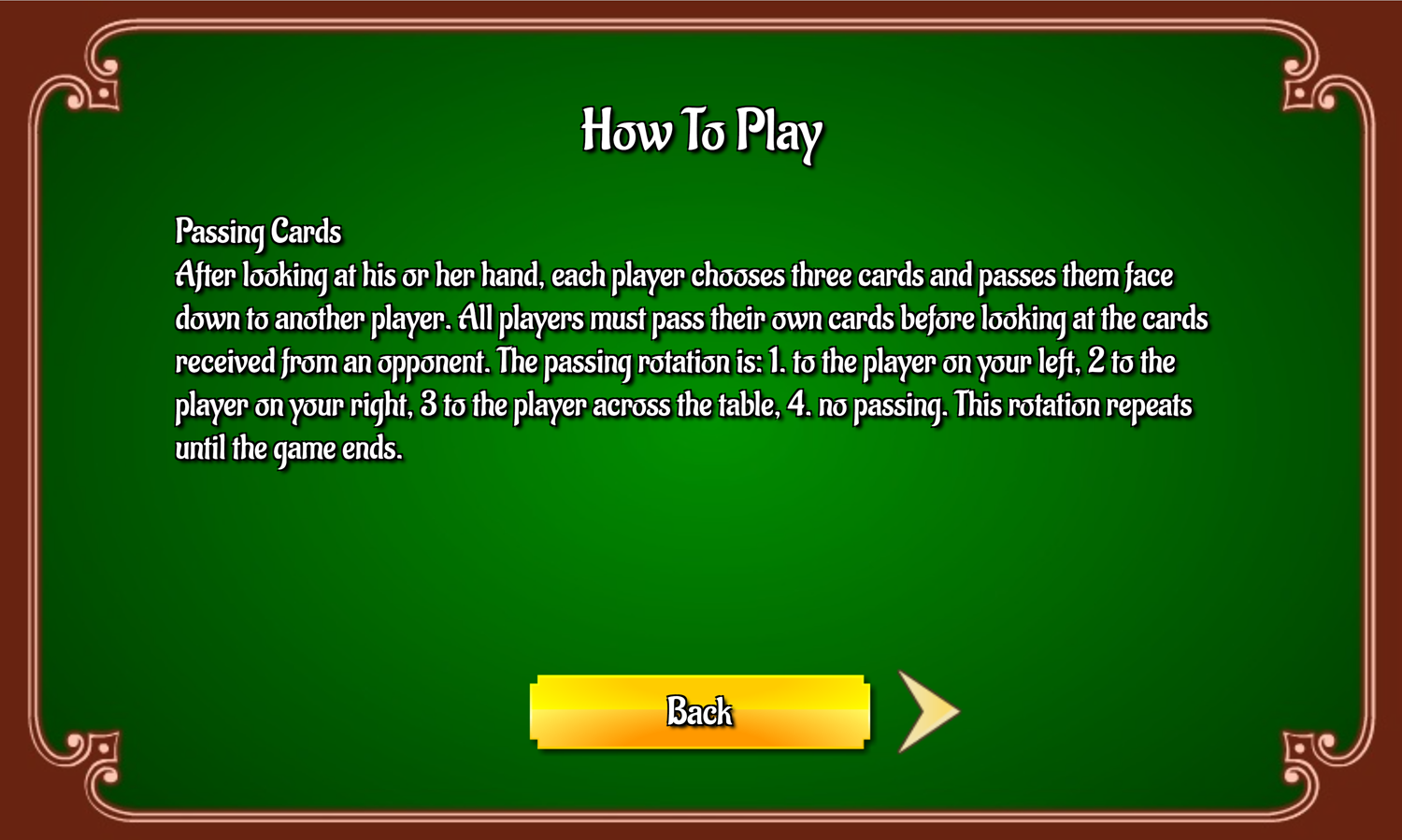 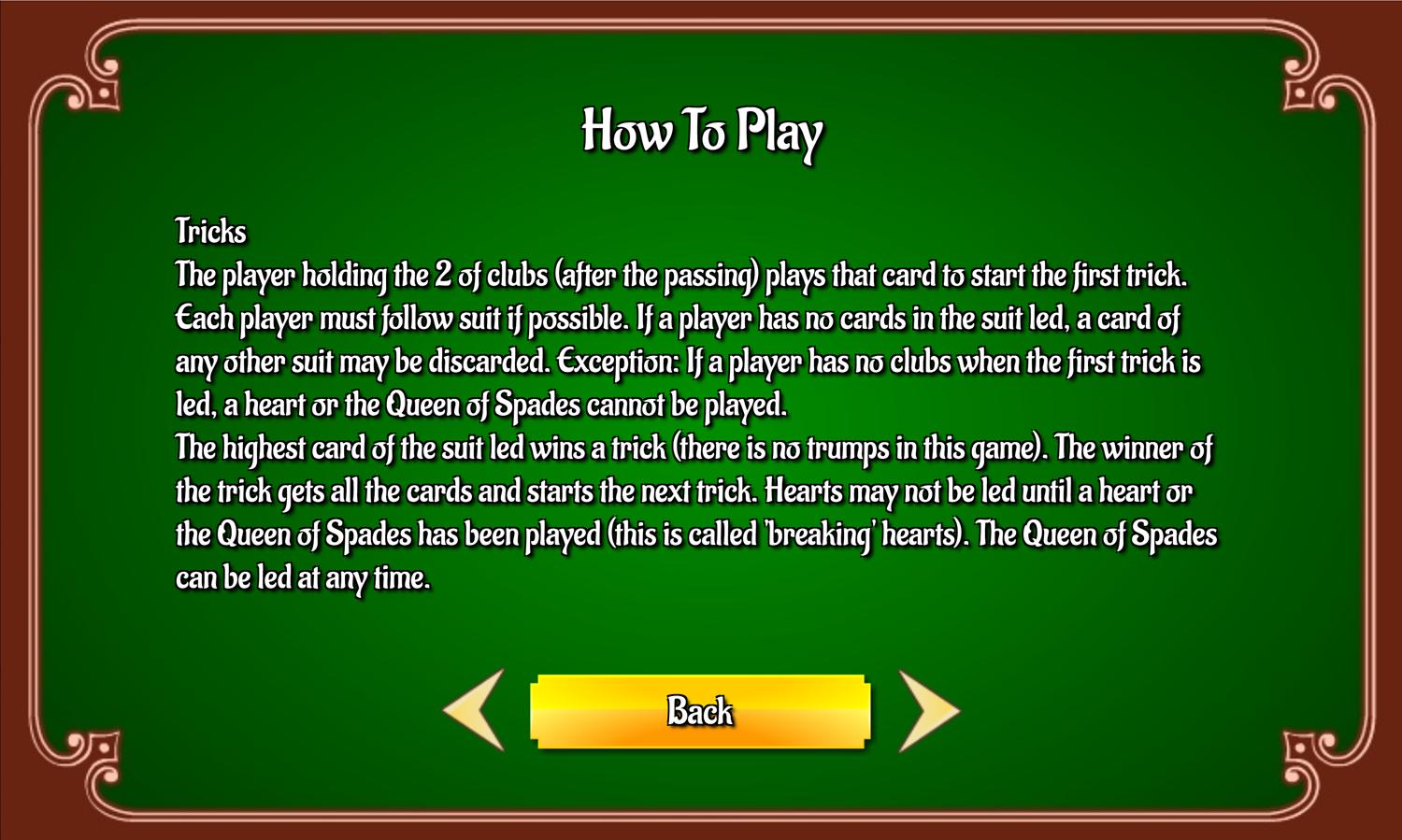 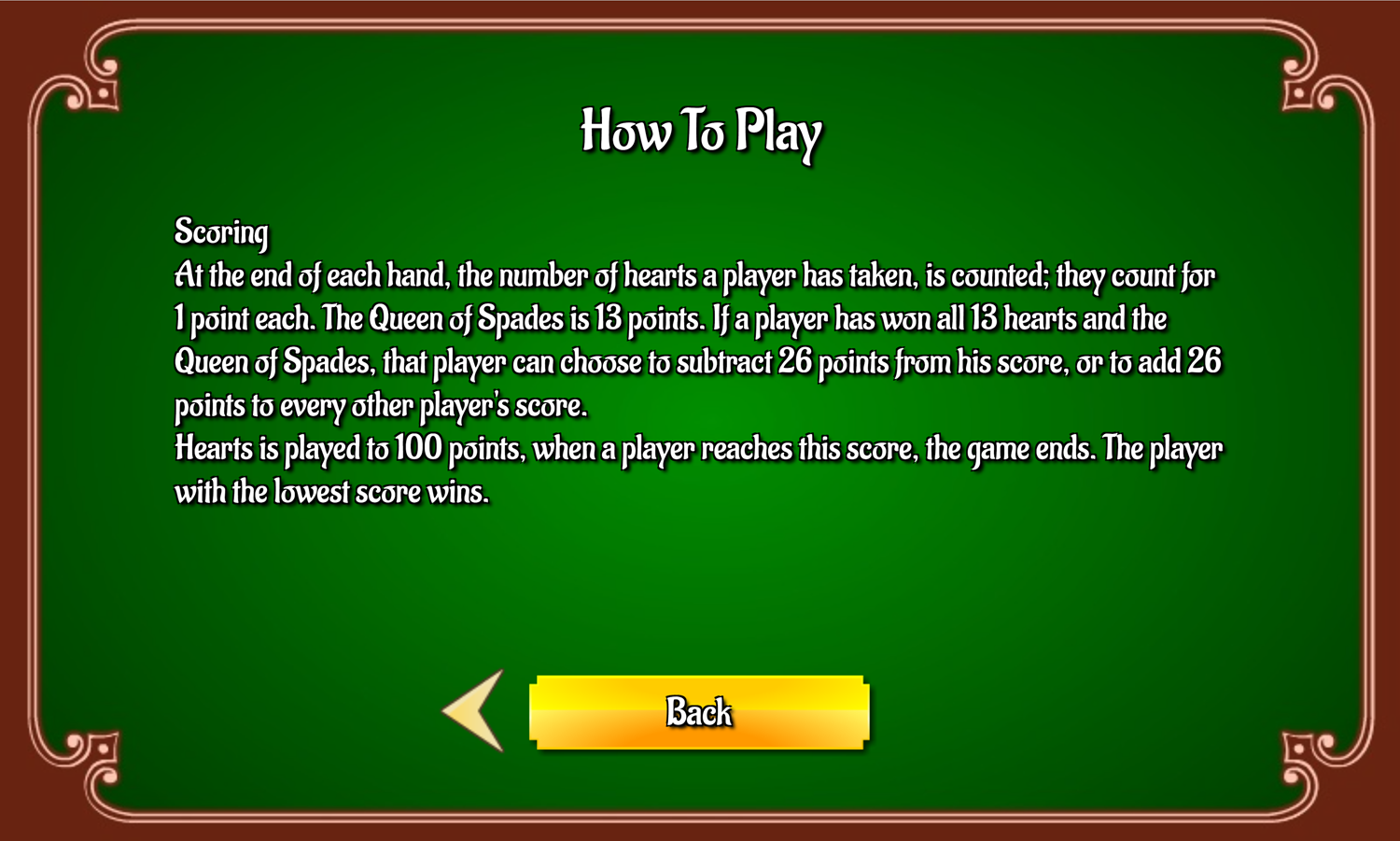 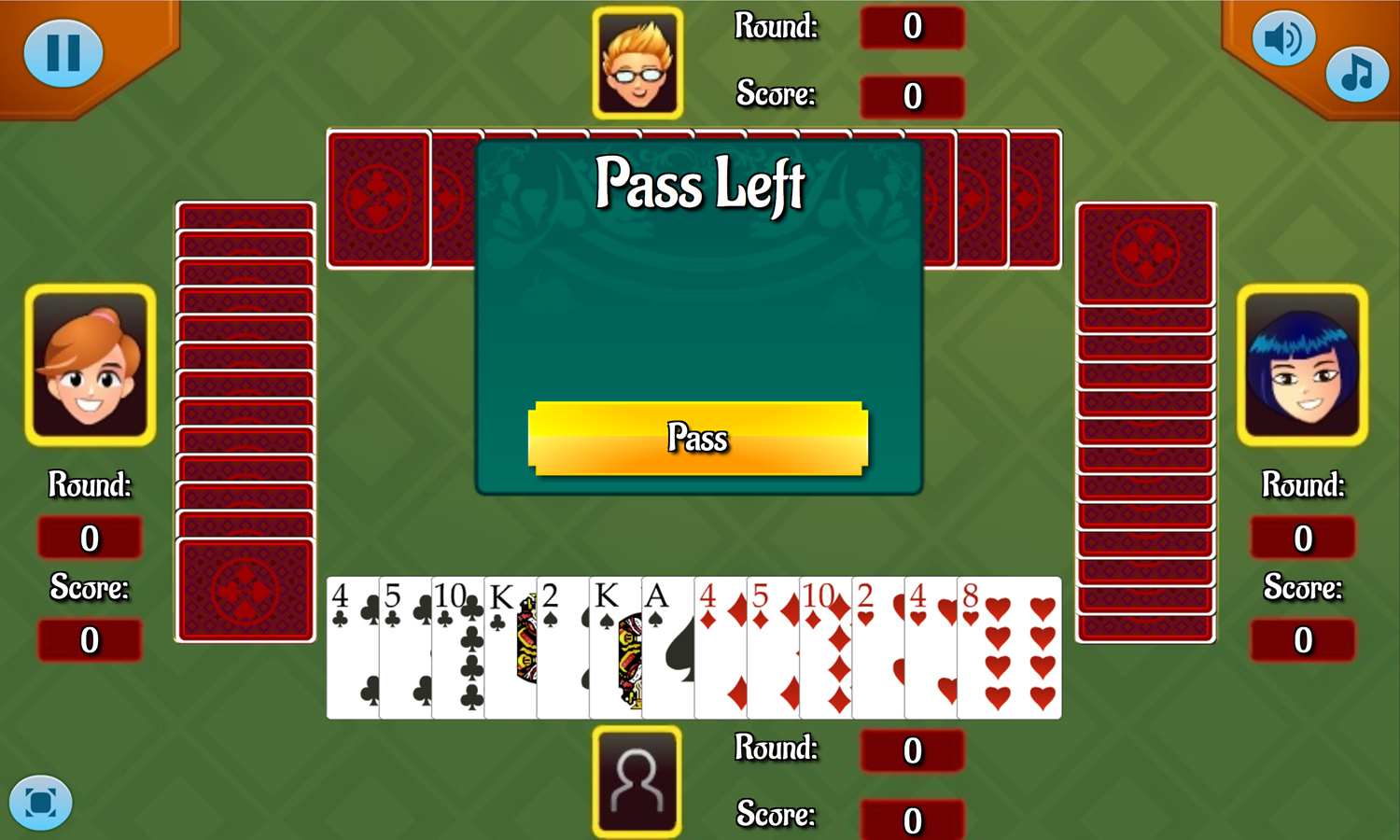 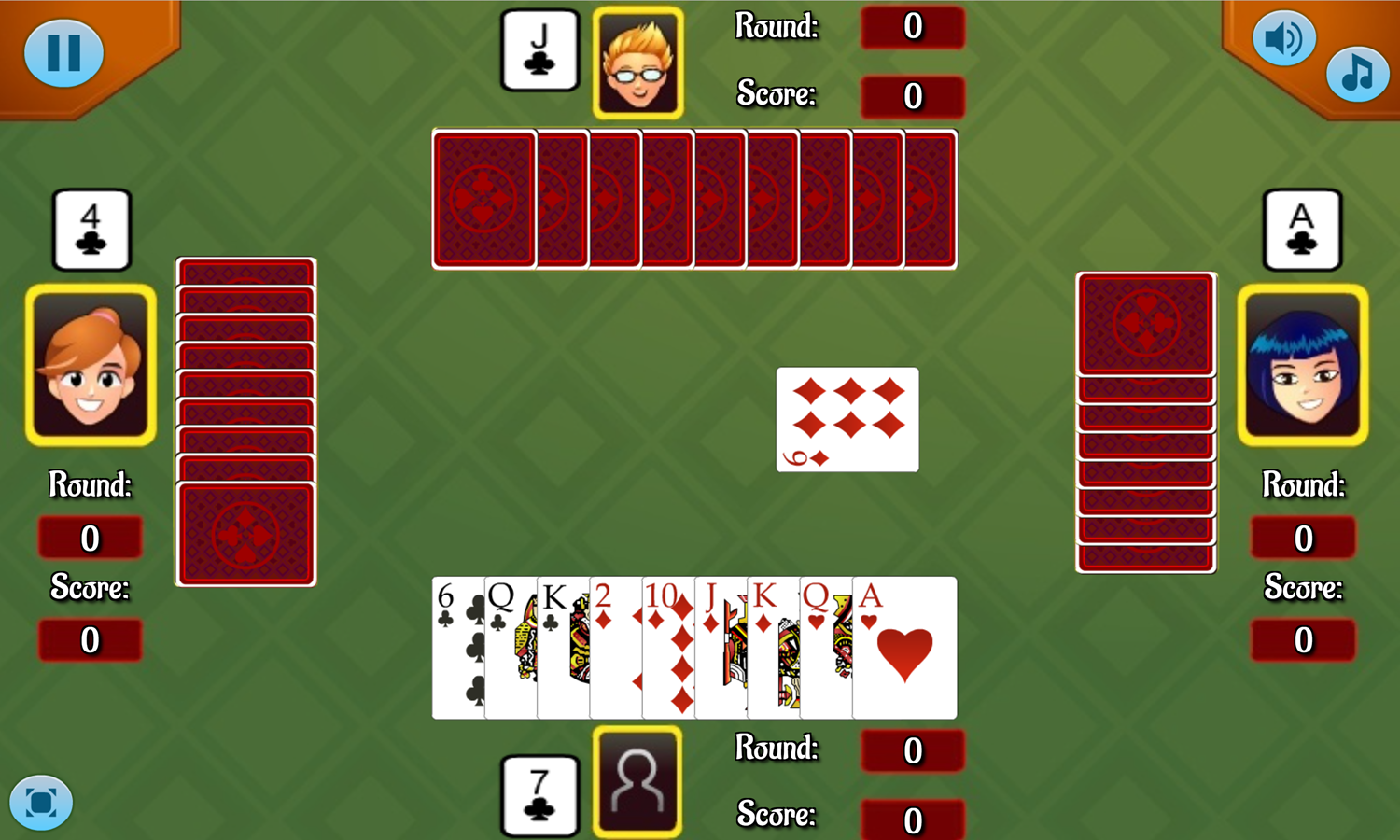 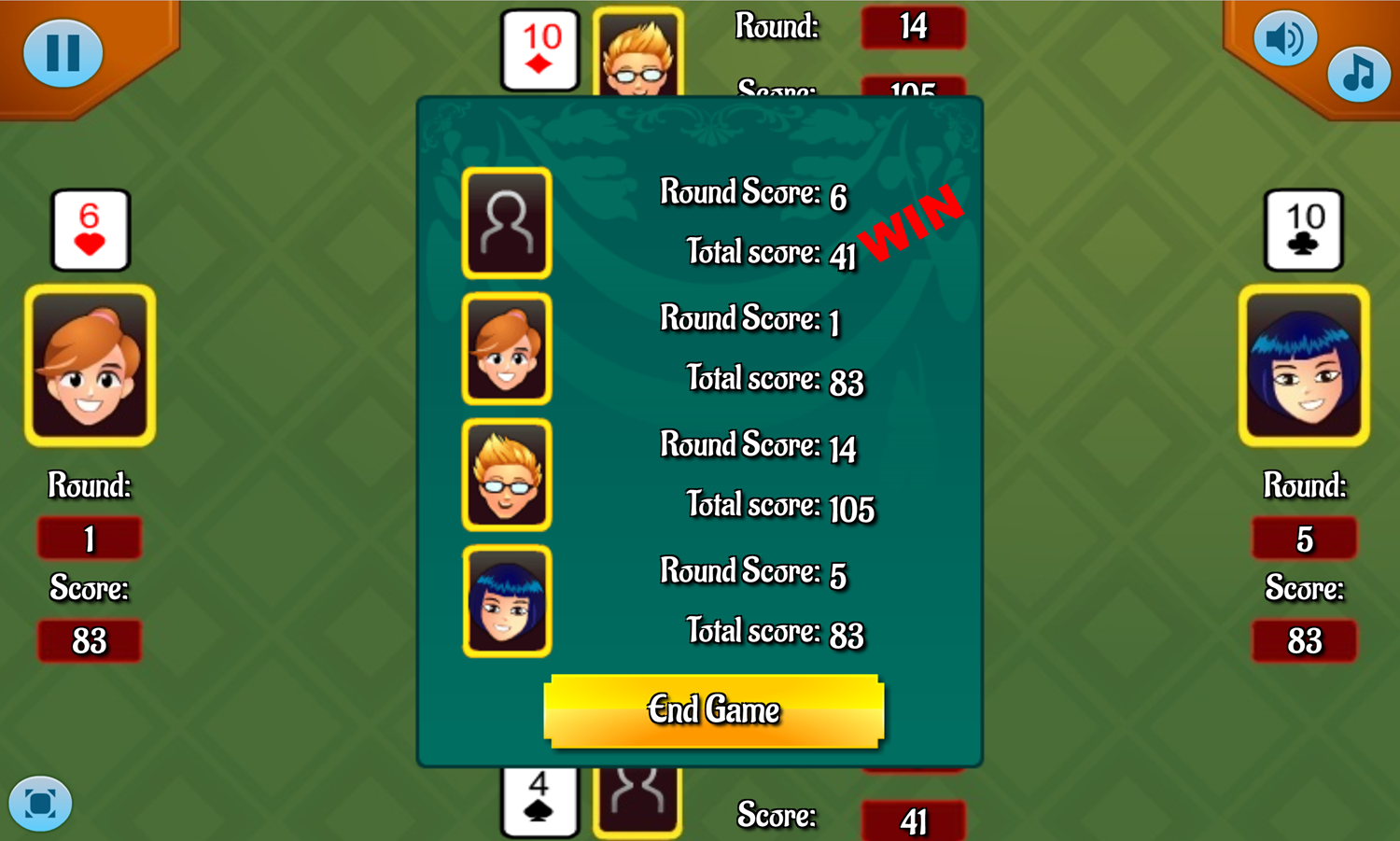 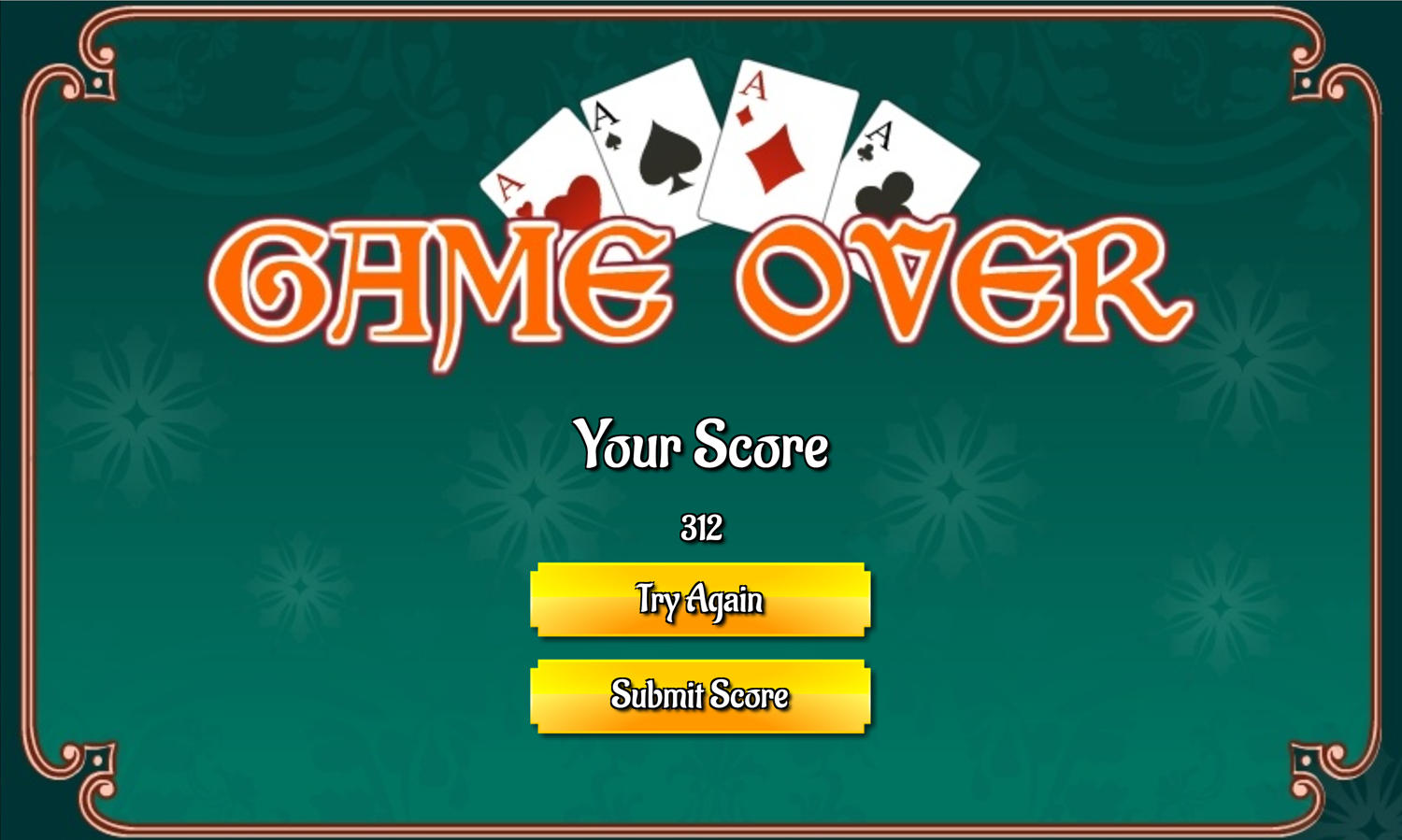