This 10-level game is a unique take on the chain bubble shooter genre popularized by the original Zuma. Clear the entire chain of balls by shooting balls at it to form groups of 3 or more of the same color. The catch is that your shooter is on a track. Bumpers are placed across the track that can block and deflect the balls you shoot.

Clear all the balls in the chain by shooting balls to form groups of 3 or more of the same color. Avoid hitting bumpers. Try to hit bonus spots that appear outside the track. 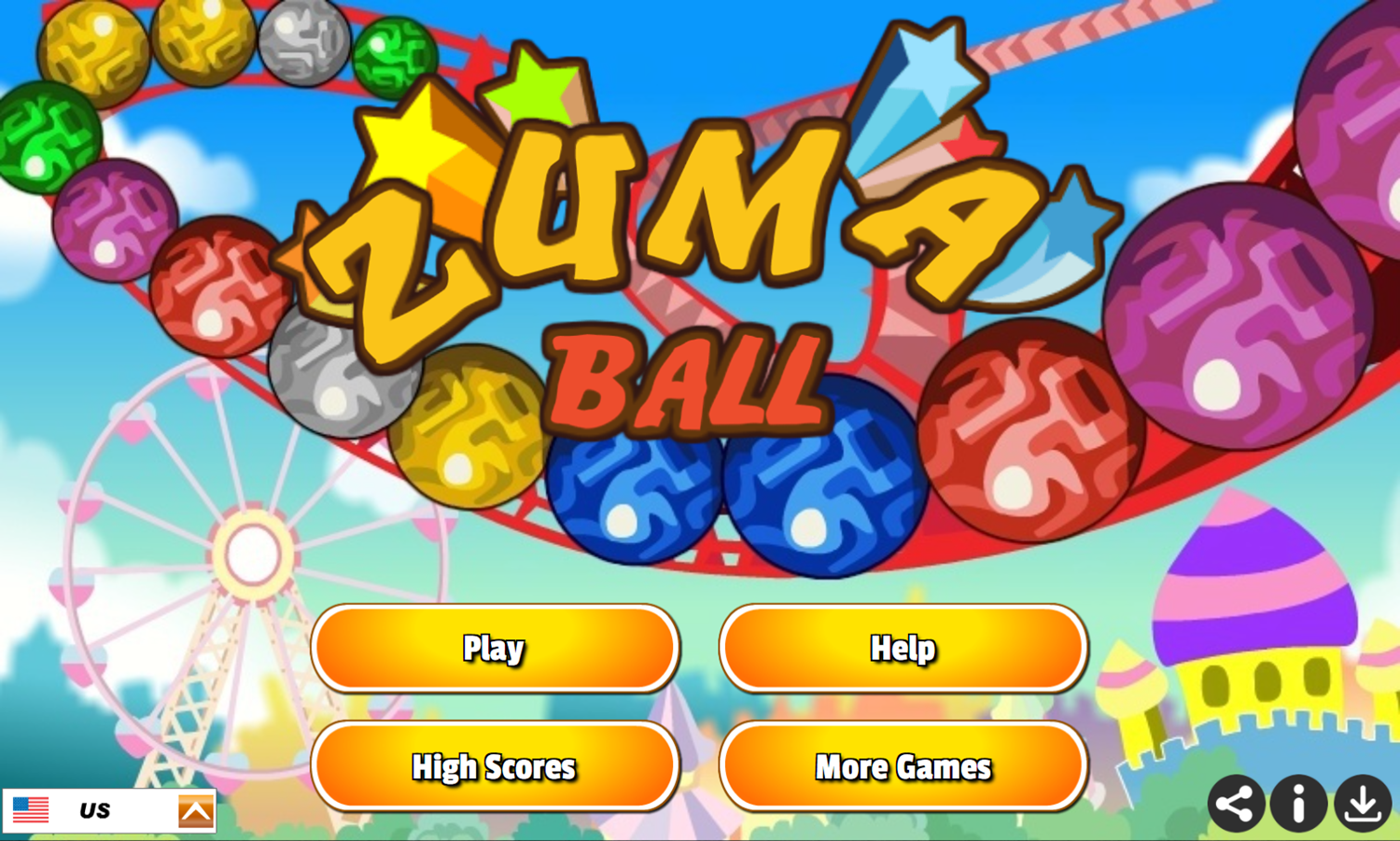 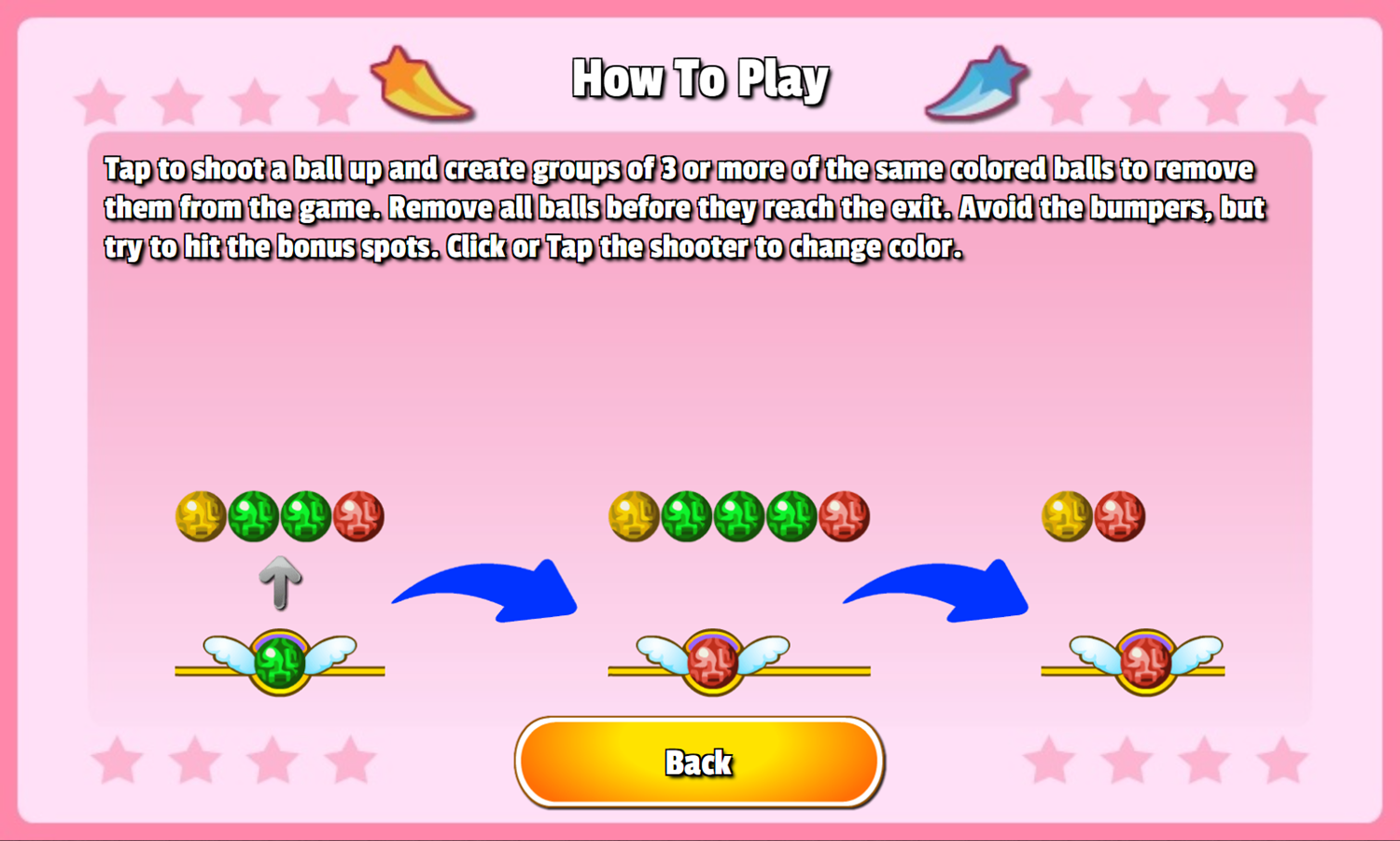 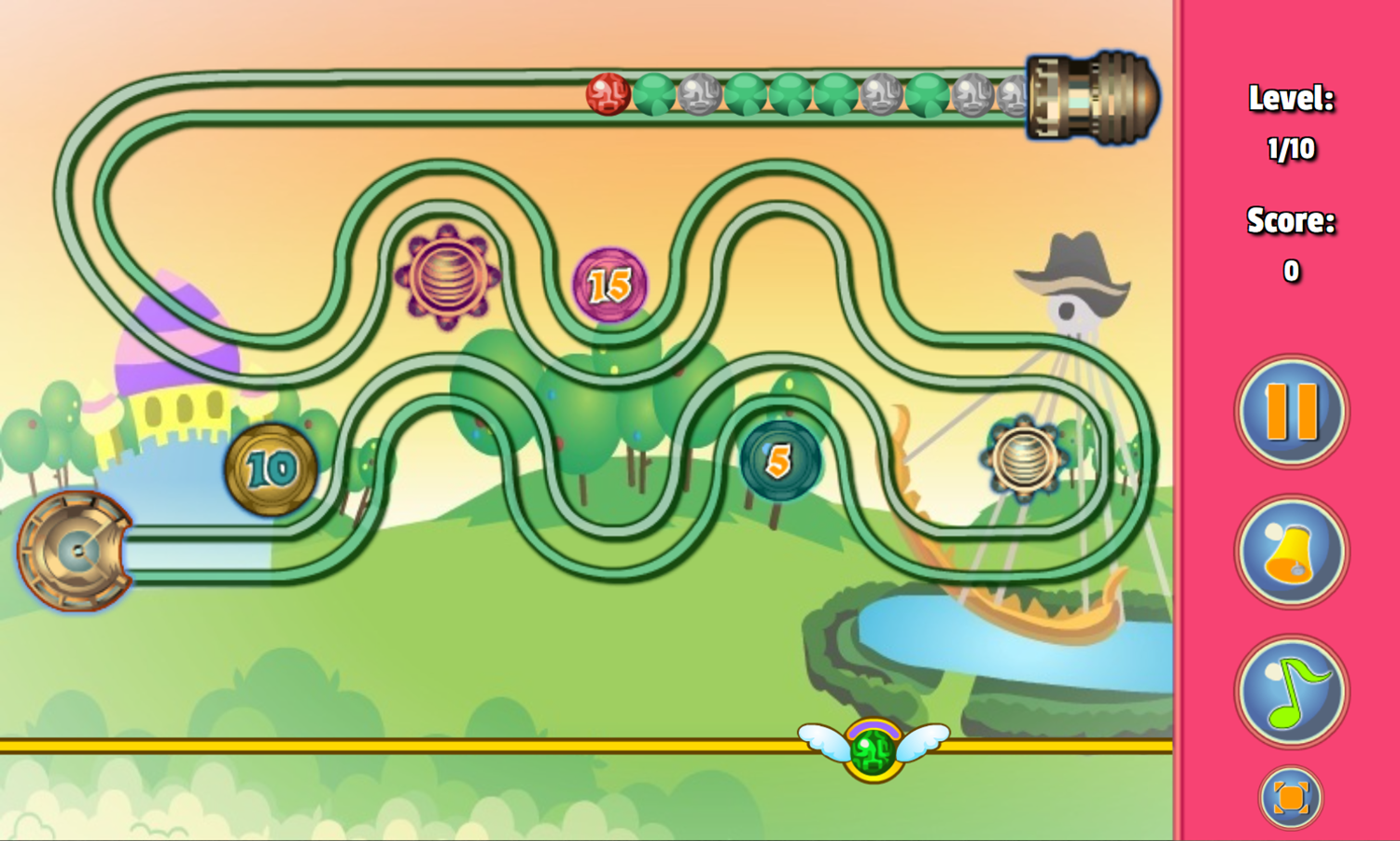 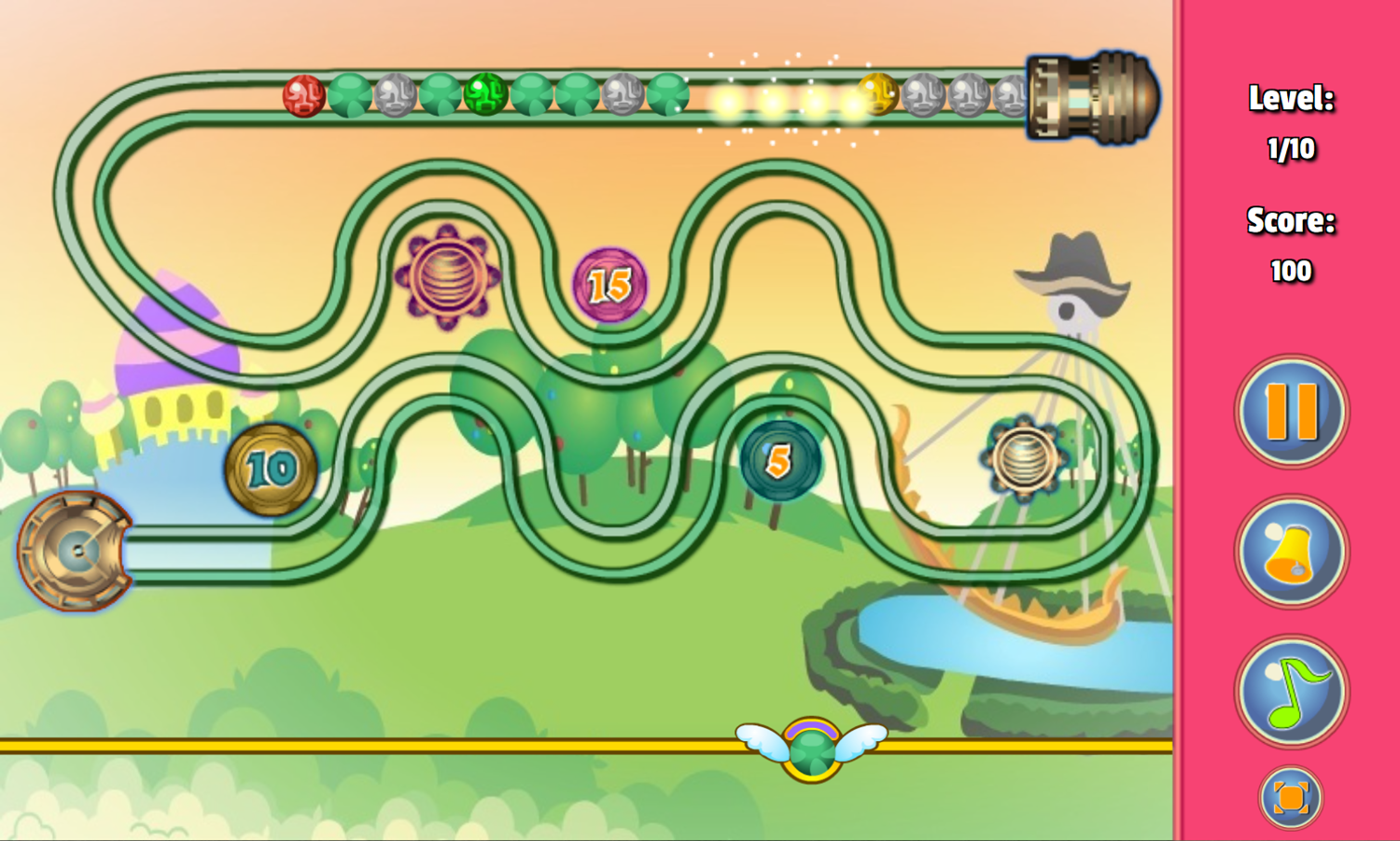 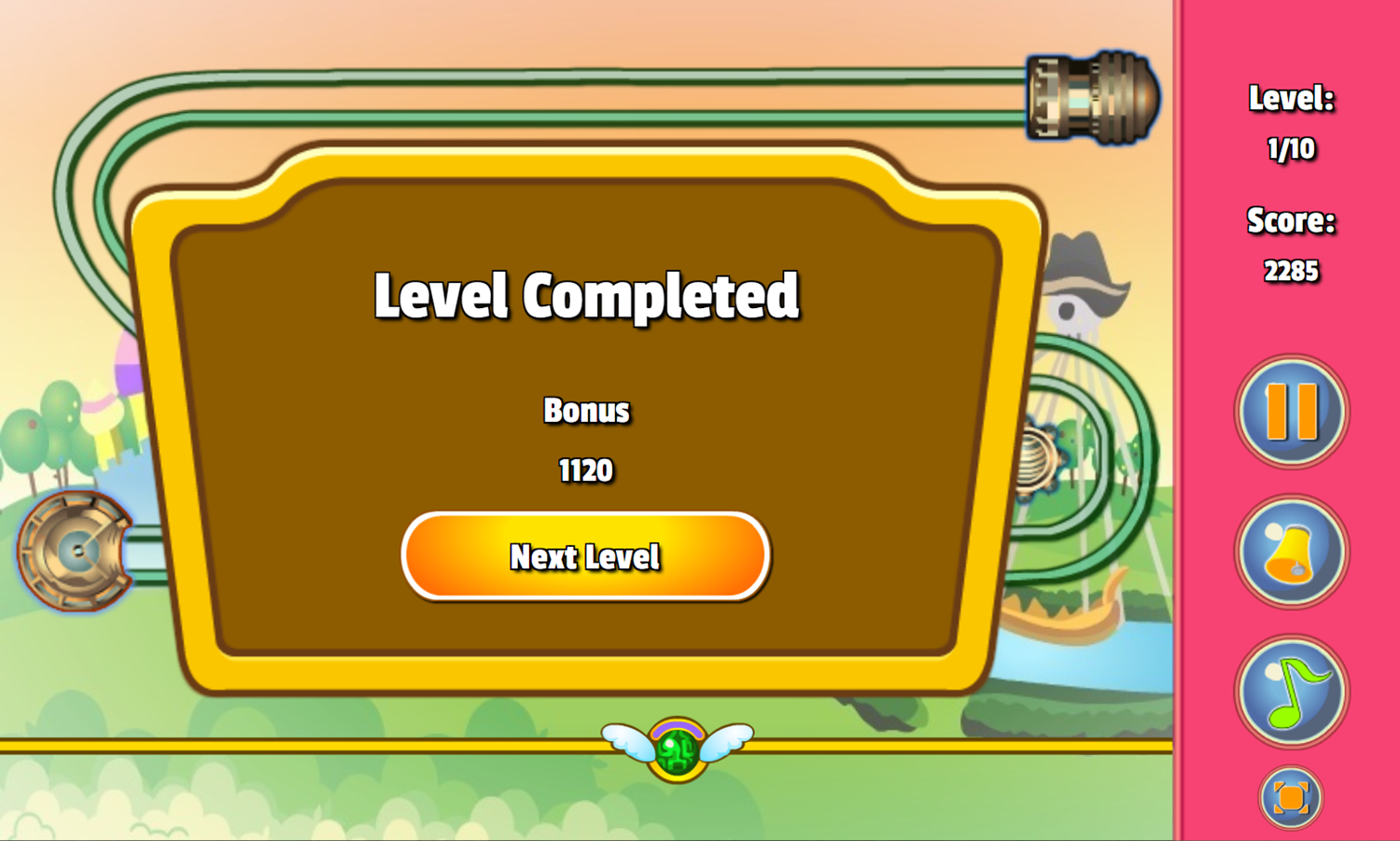 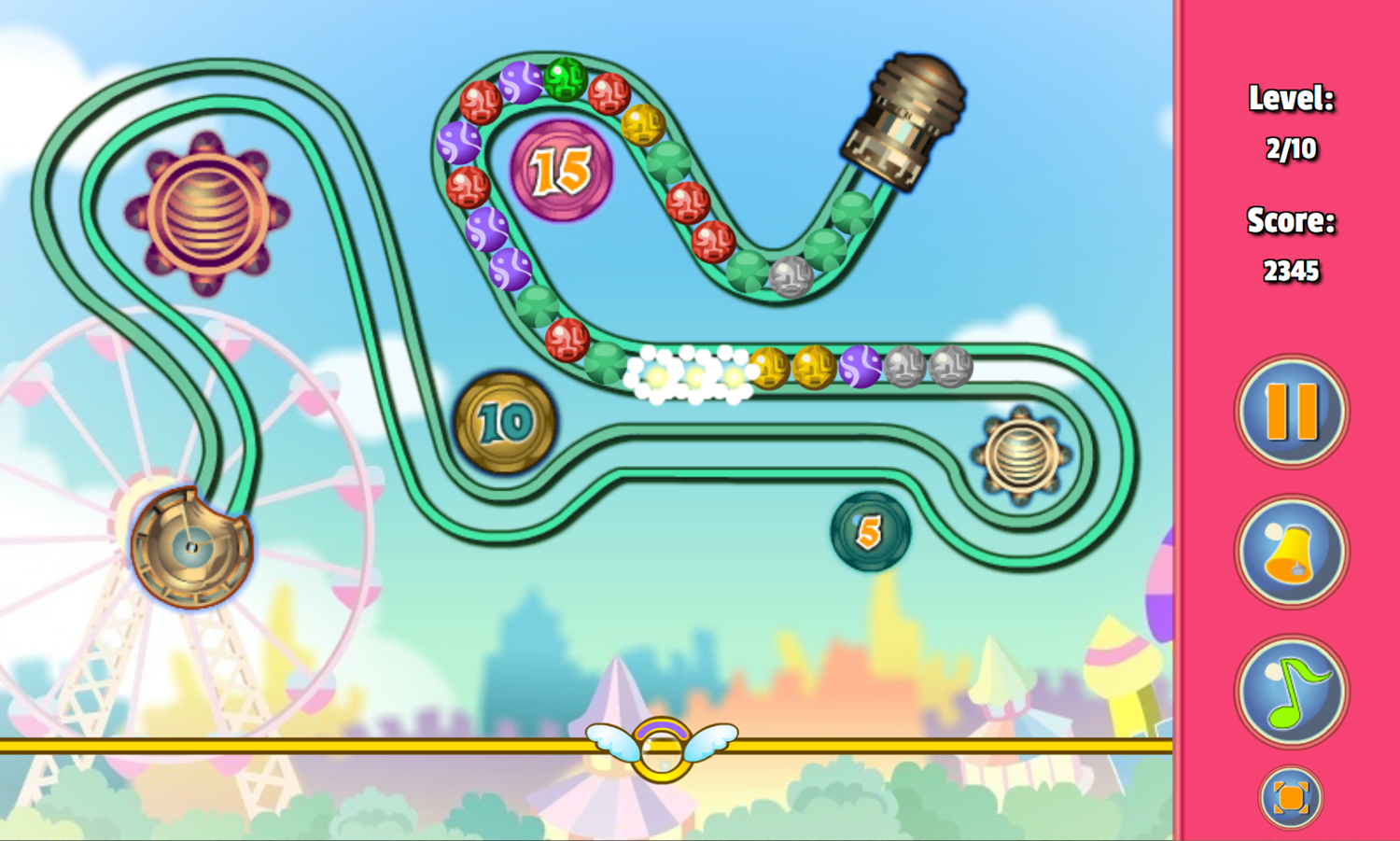 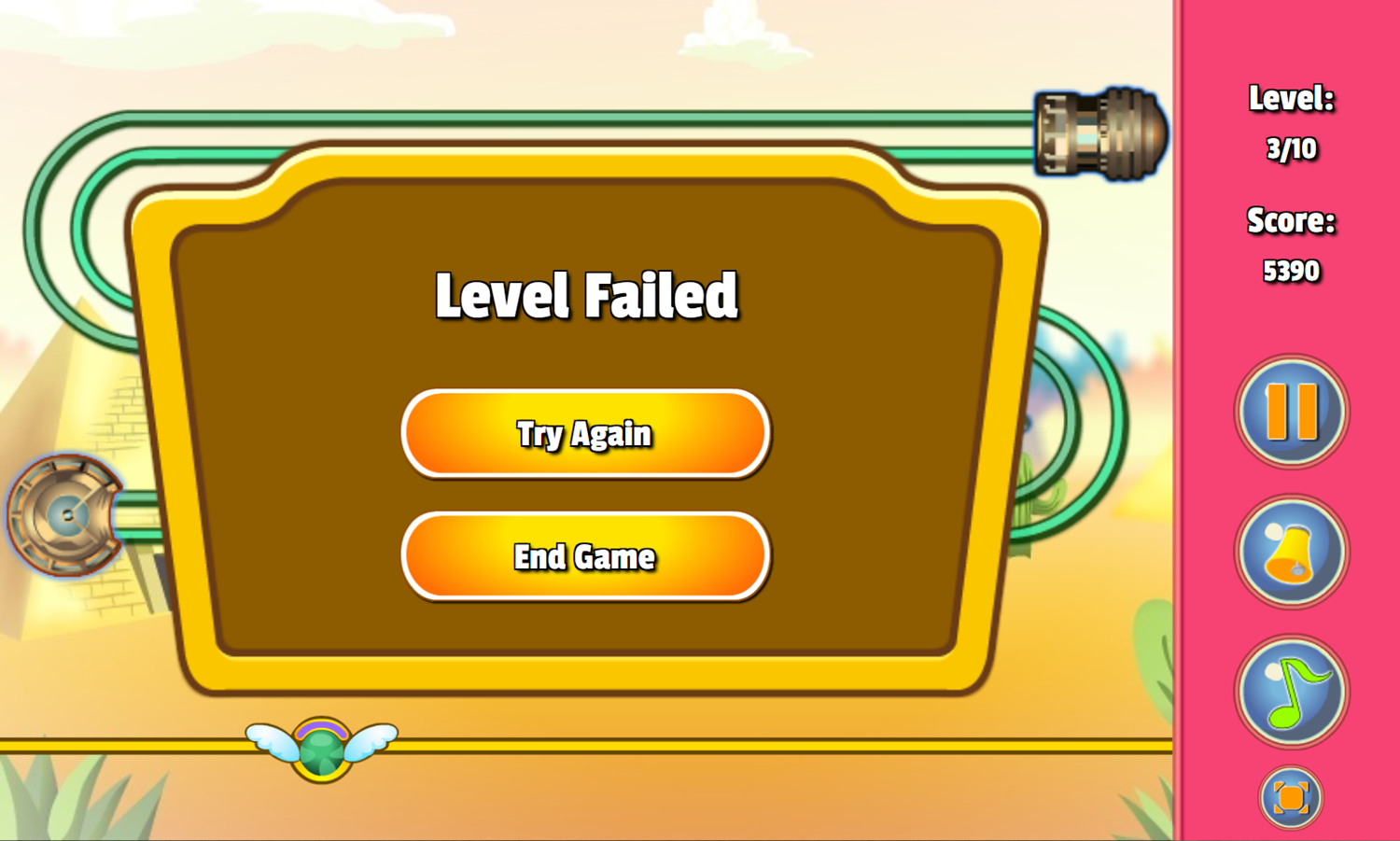 This game was published in these categories: Bubble Shooter, Chain Reaction. You can visit any of them to select other fun games to play.