Play The Bandit Hunter as a stand alone web app.

Gadzooks! The town’s overrun by bank-robbing bandits, and it’s up to you, sheriff, to drive these criminals out of town. Shoot as many of those varmints as they show up.

Children and parents can play this cowboy bandit shootout game by clicking in the window below.

Alternatively kids and adults can play this western bandit shooter video game for free as a web application here.

As the lone lawman of a frontier town, shoot as many bandits as you can. 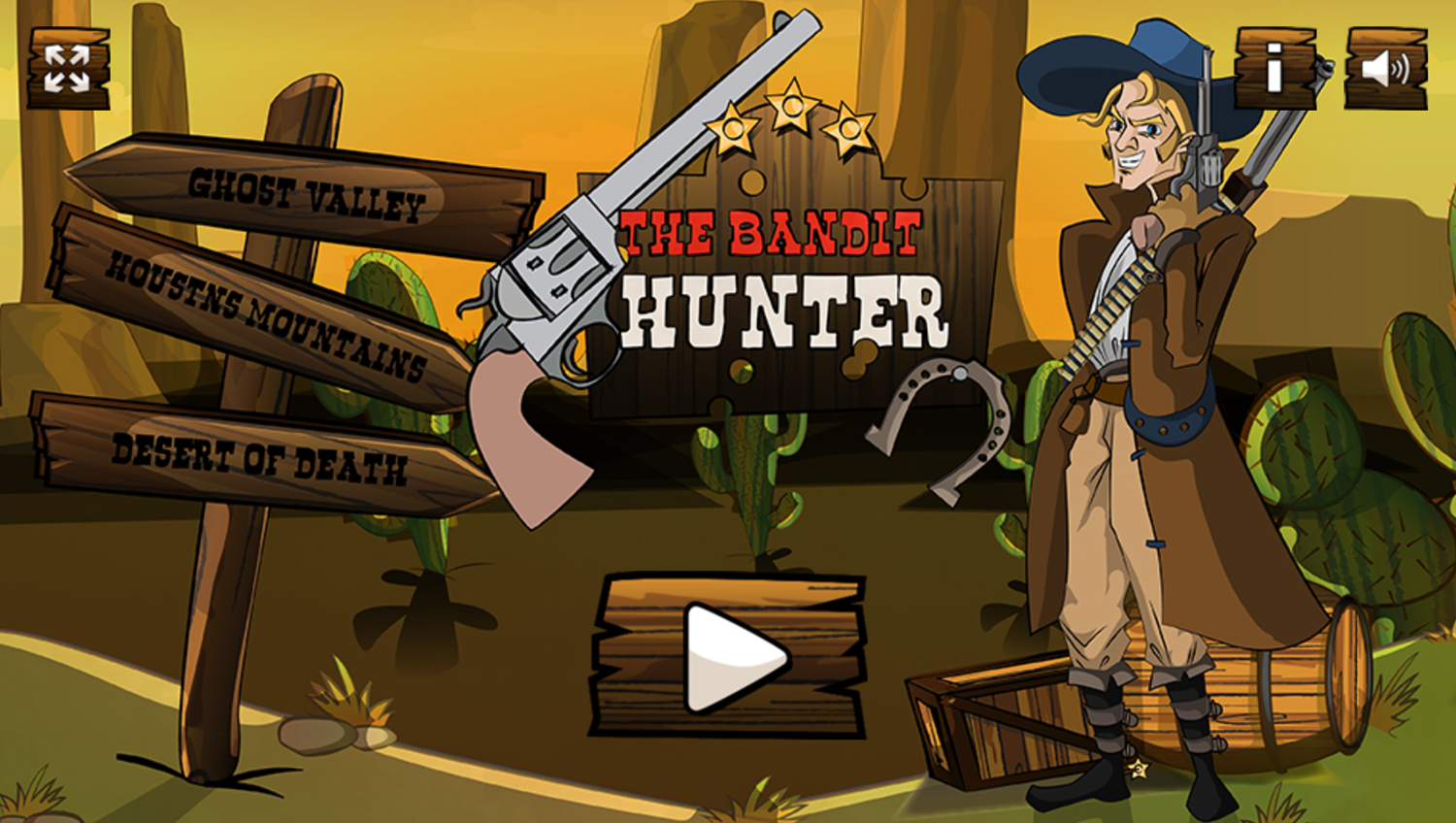 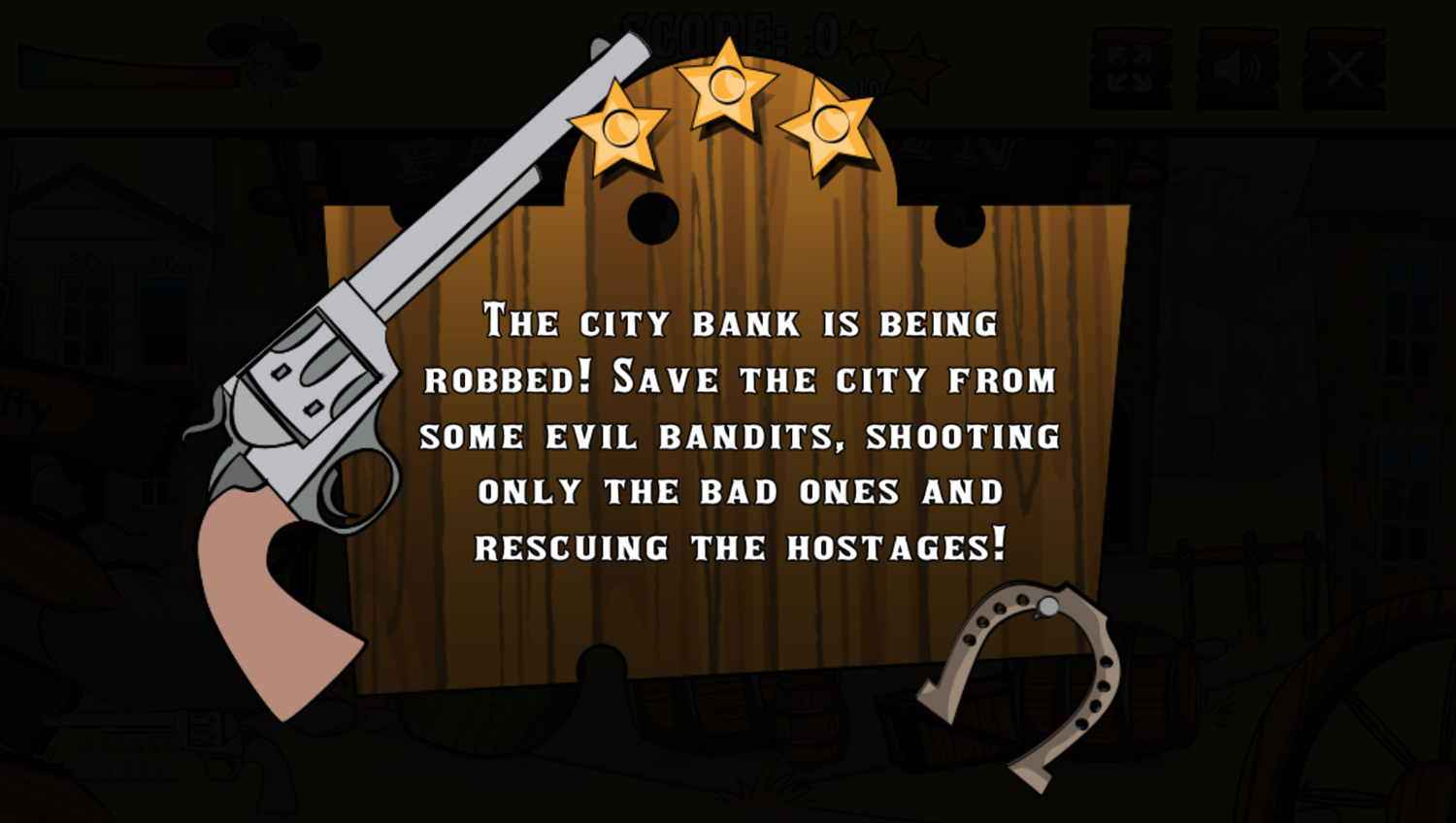 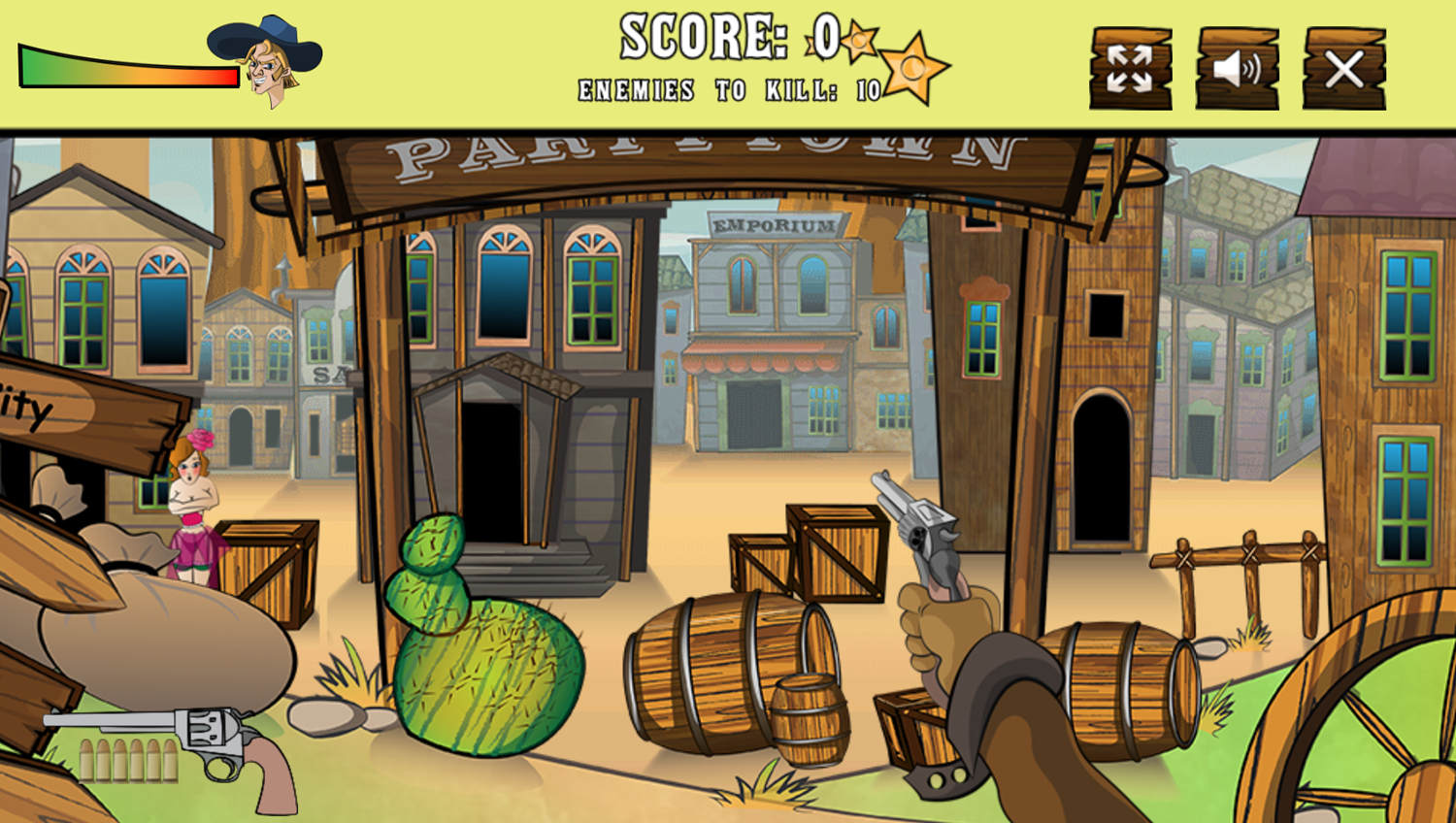 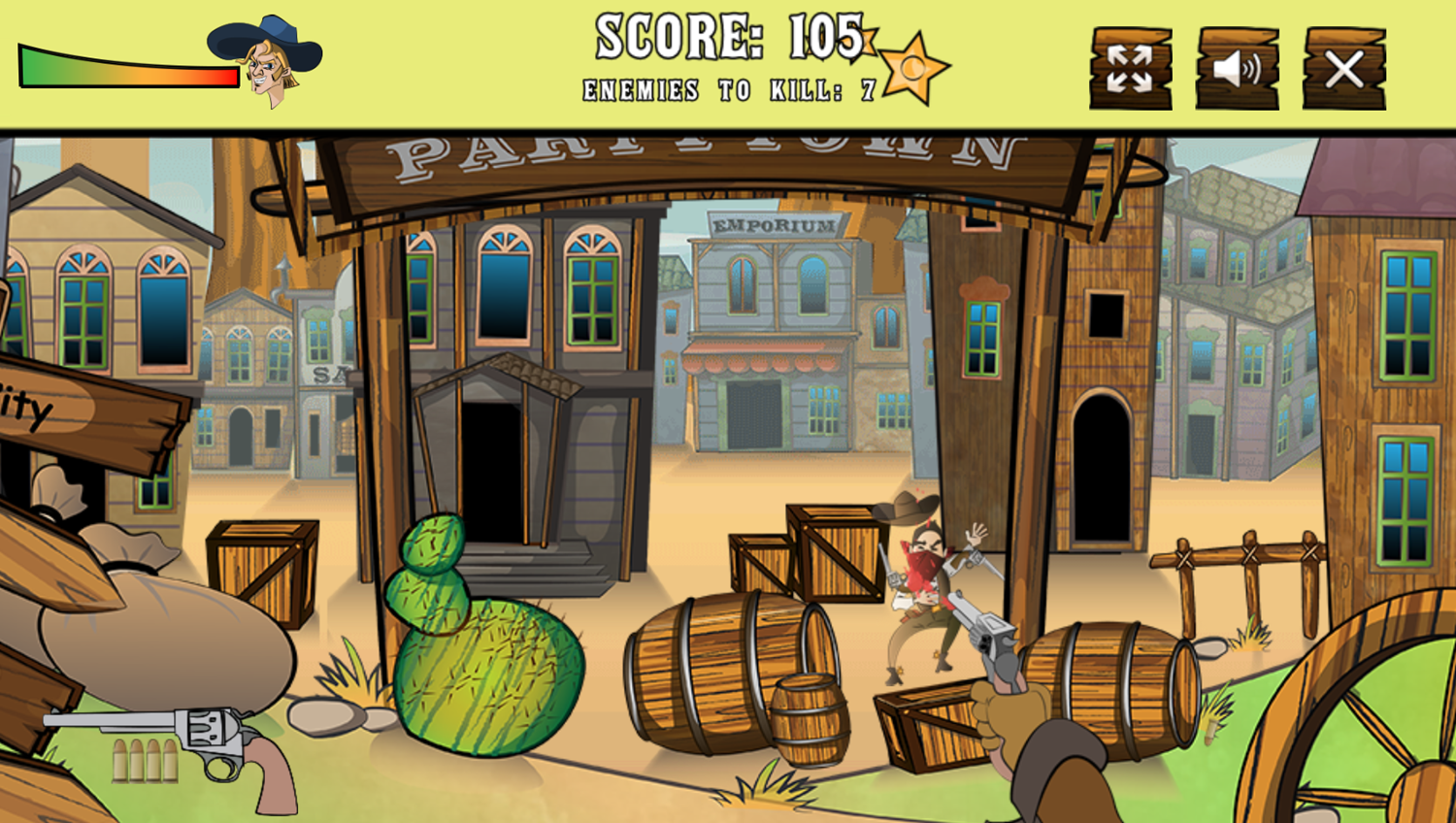 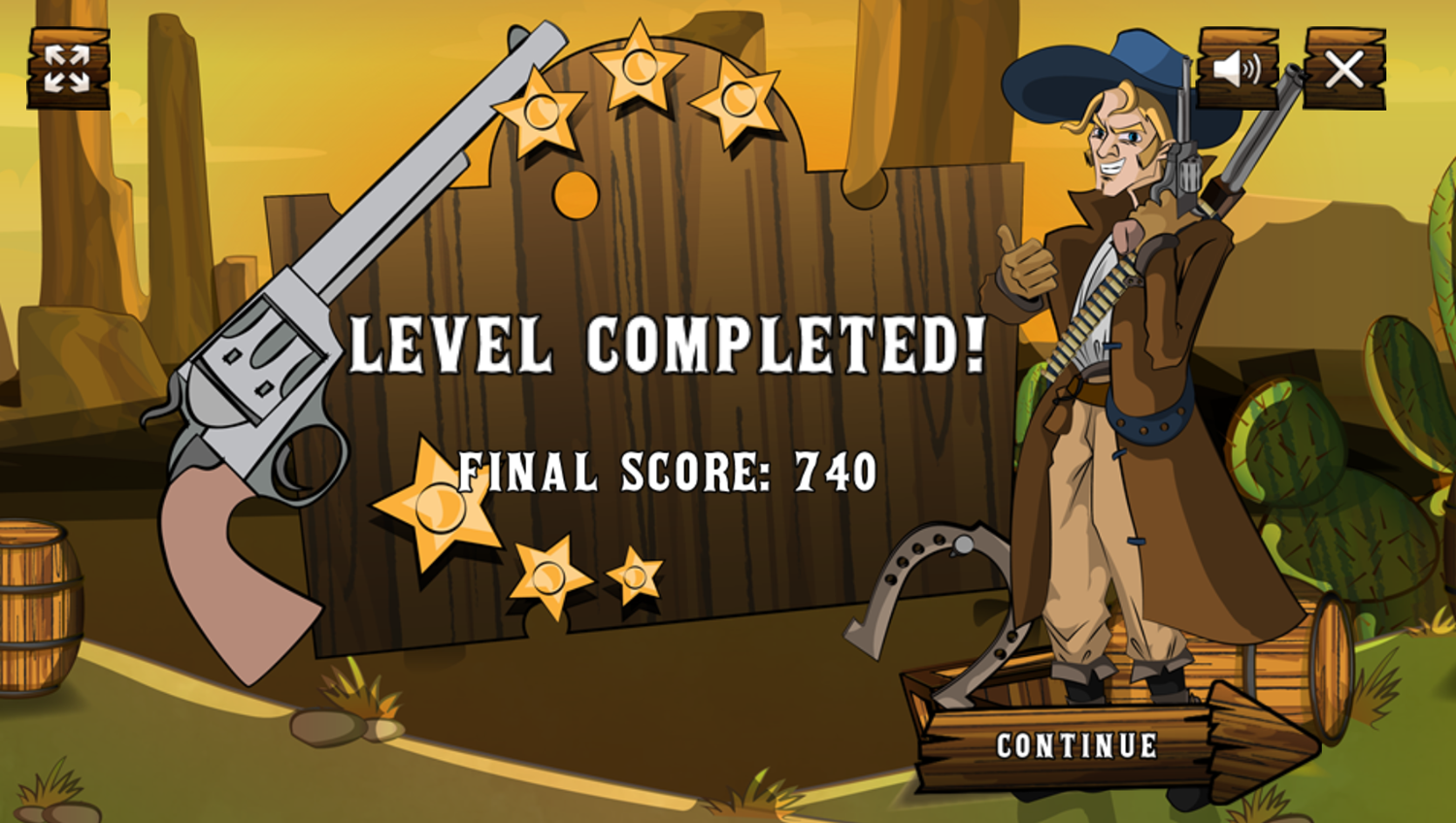 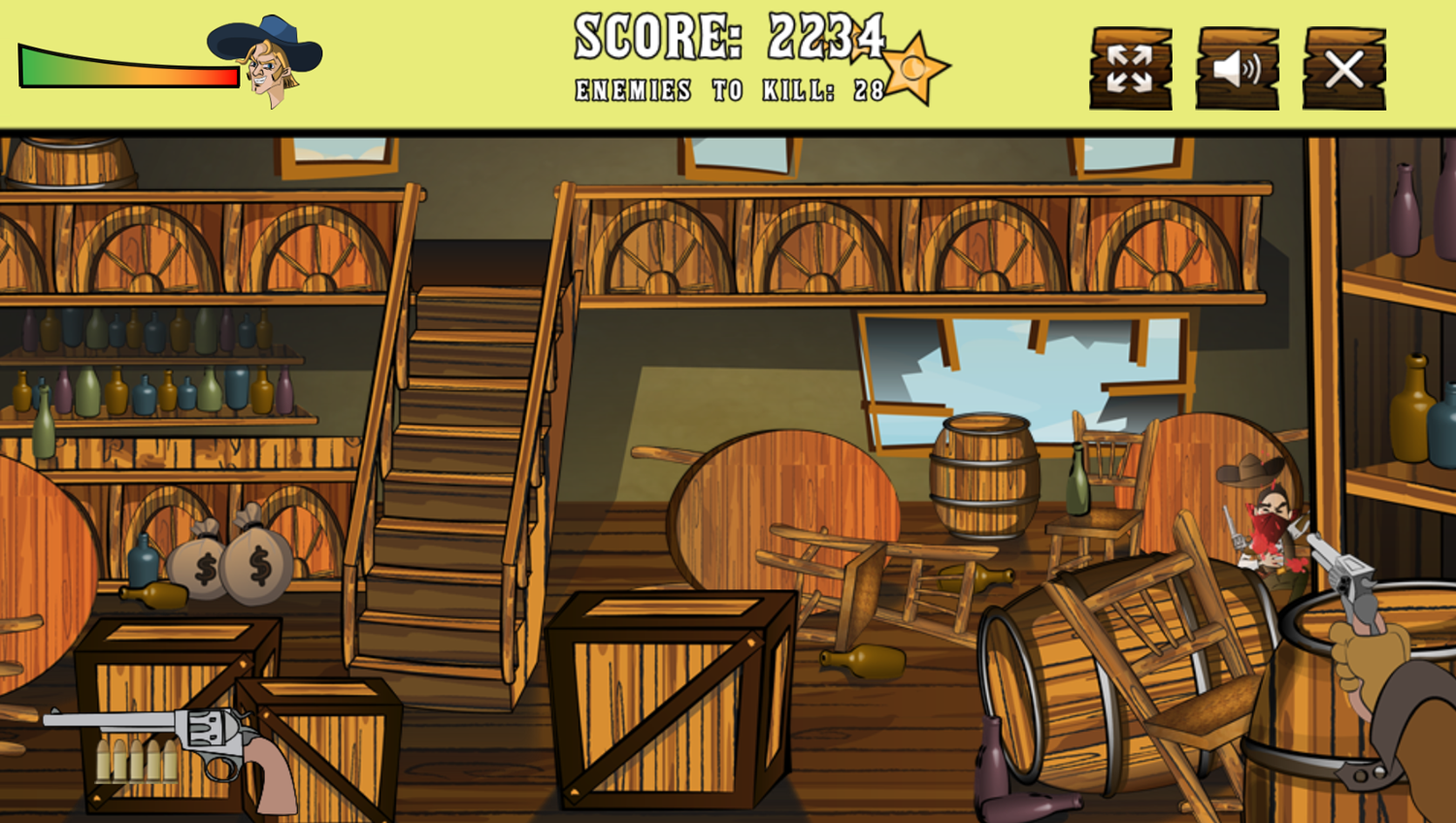 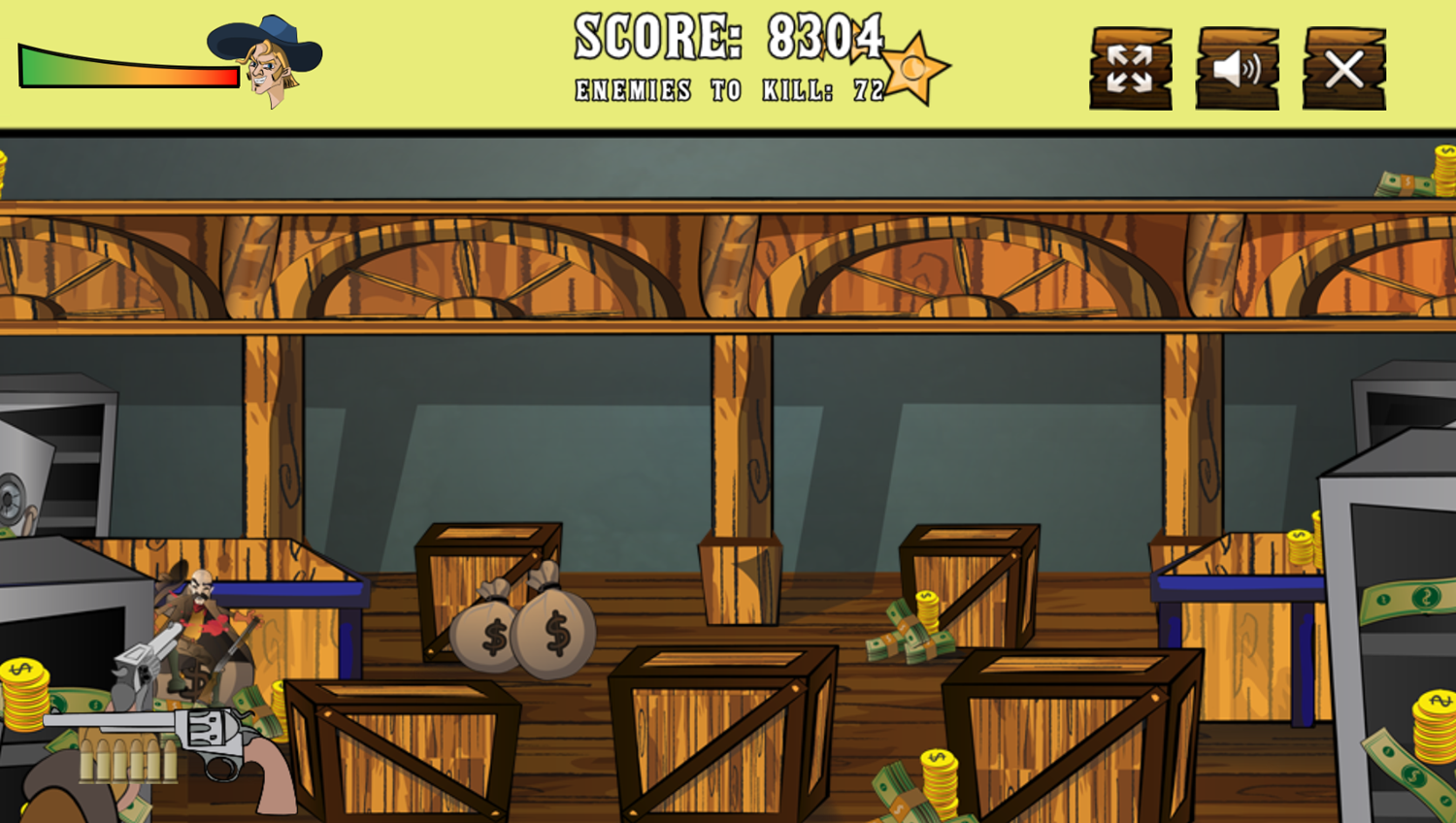 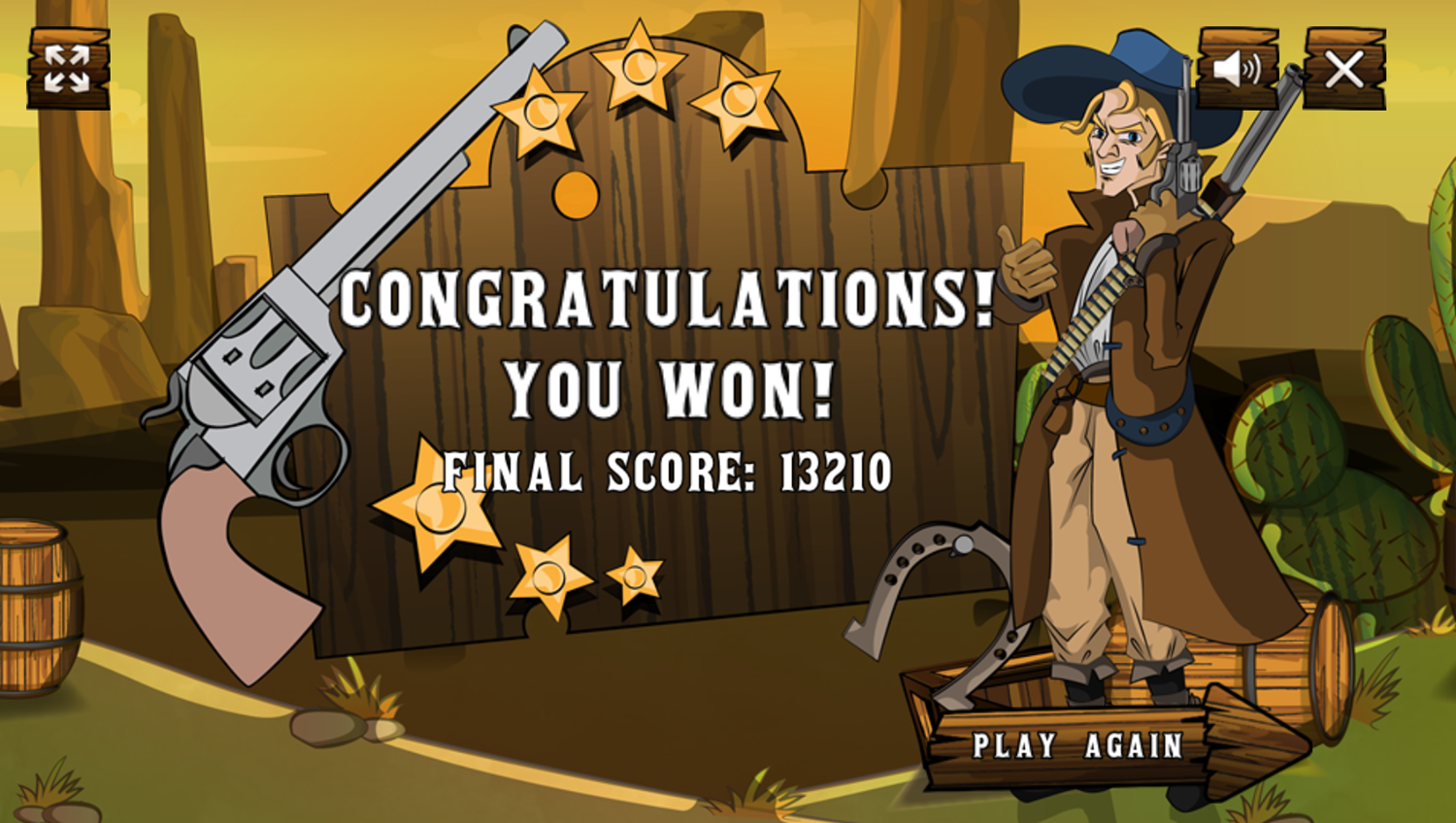 This game was published in these categories: Cowboy, Gun, Police. You can visit any of them to select other fun games to play.