Play Pusshu Ya as a stand alone web app.

This is a 40-stage Sokoban-inspired path making game where you must push colored boxes onto the stars of the same colors.

Children and parents can play this path maker game by clicking in the window below.

Alternatively kids and adults can play this colored box moving video game for free as a web application here.

Select which boxes you would like to move and move them in the correct order so that they push each other and take advantage of level features which allow you to place each colored box on a star of the same color. 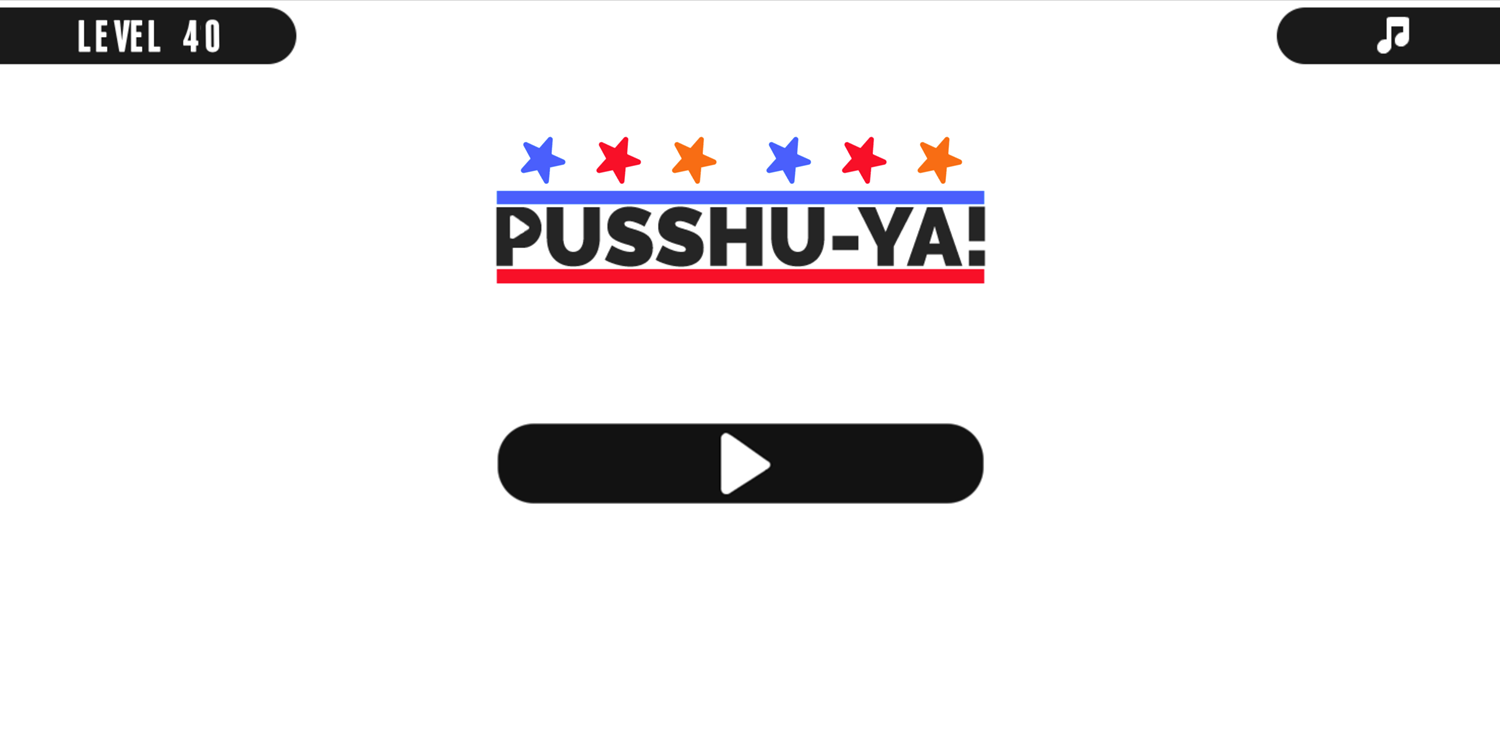 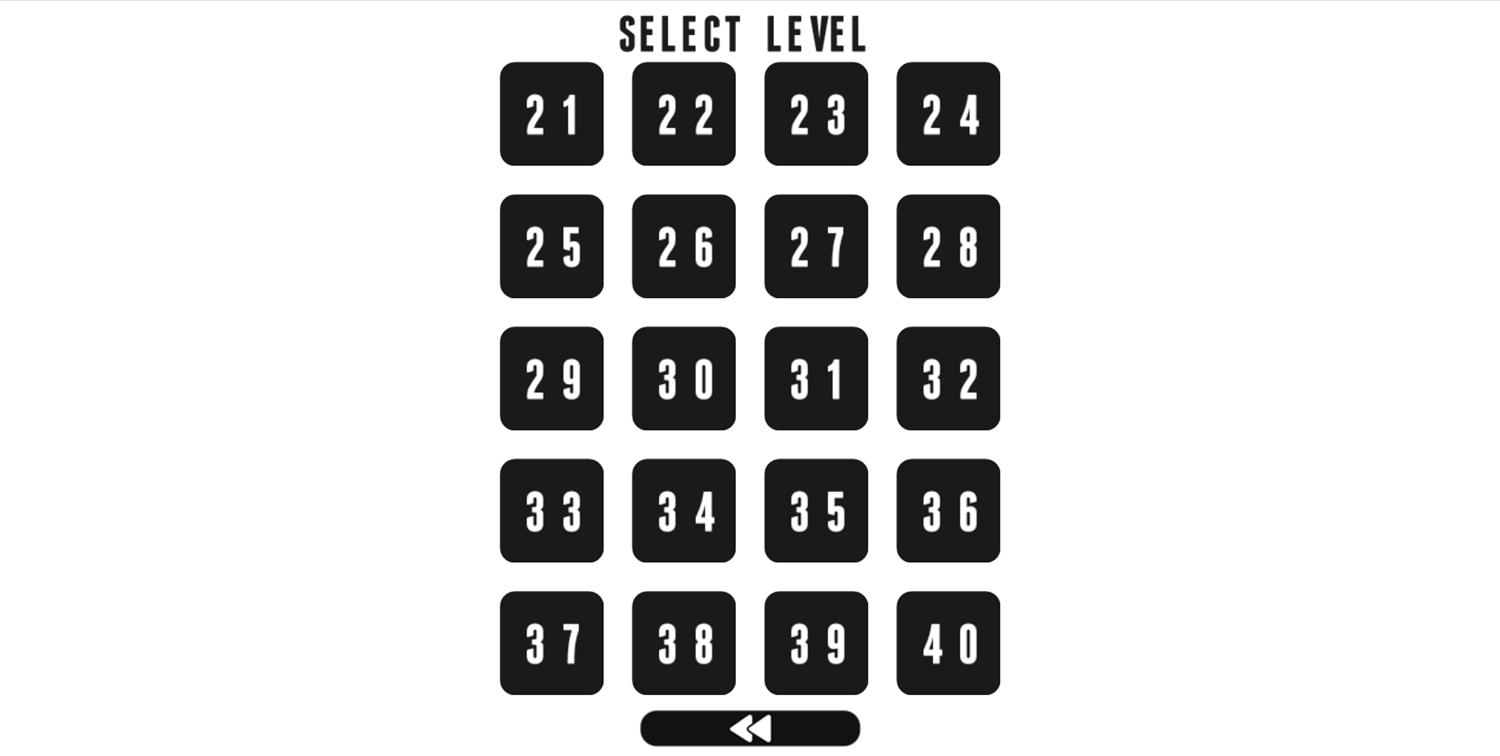 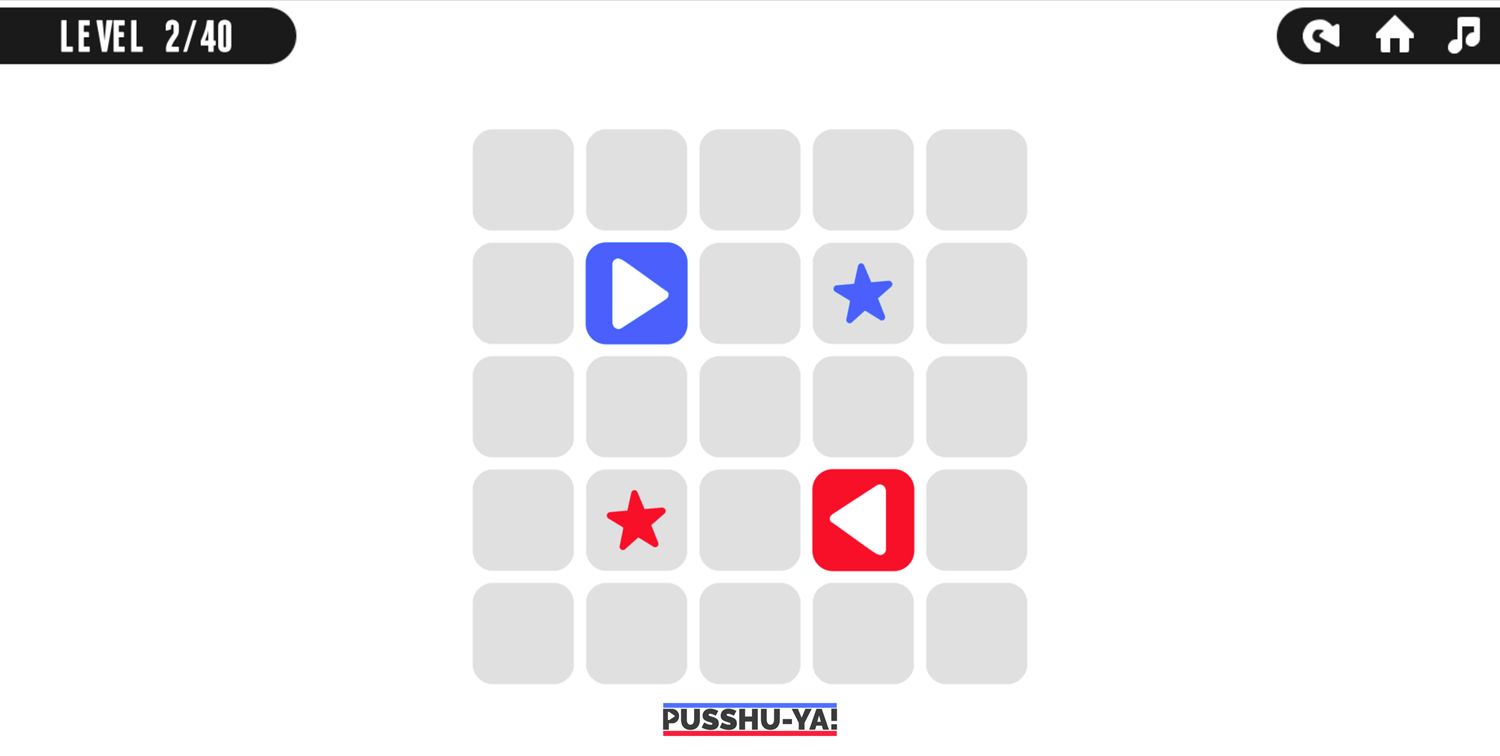 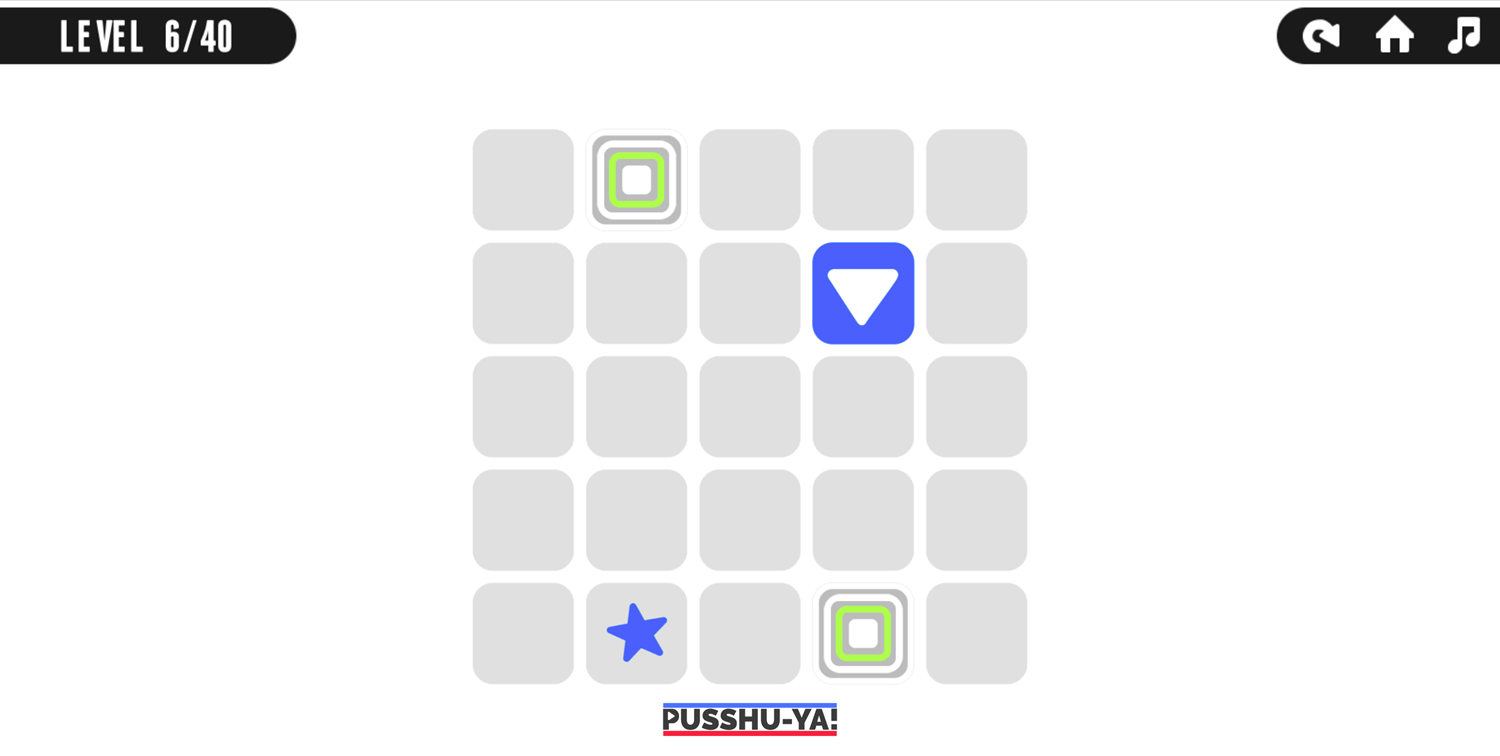 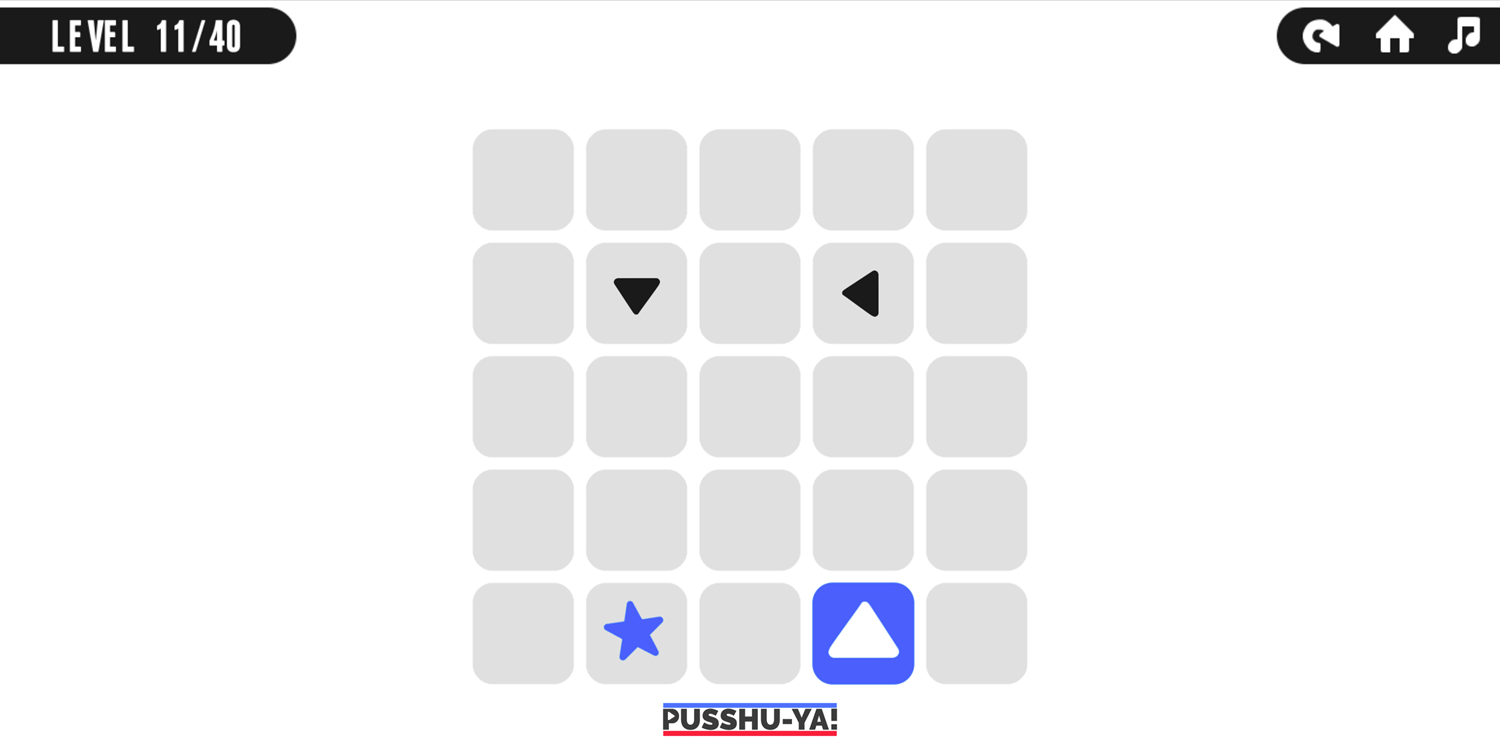 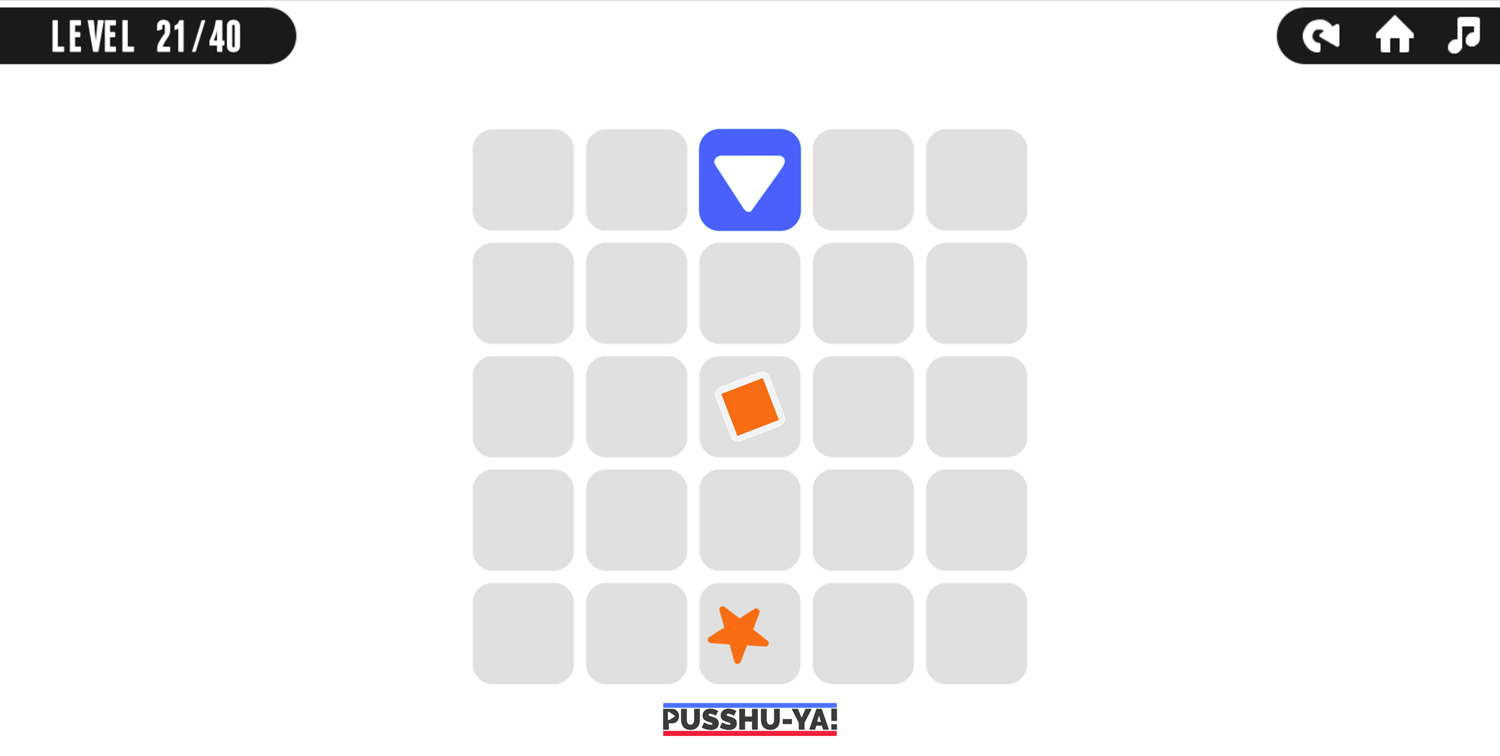 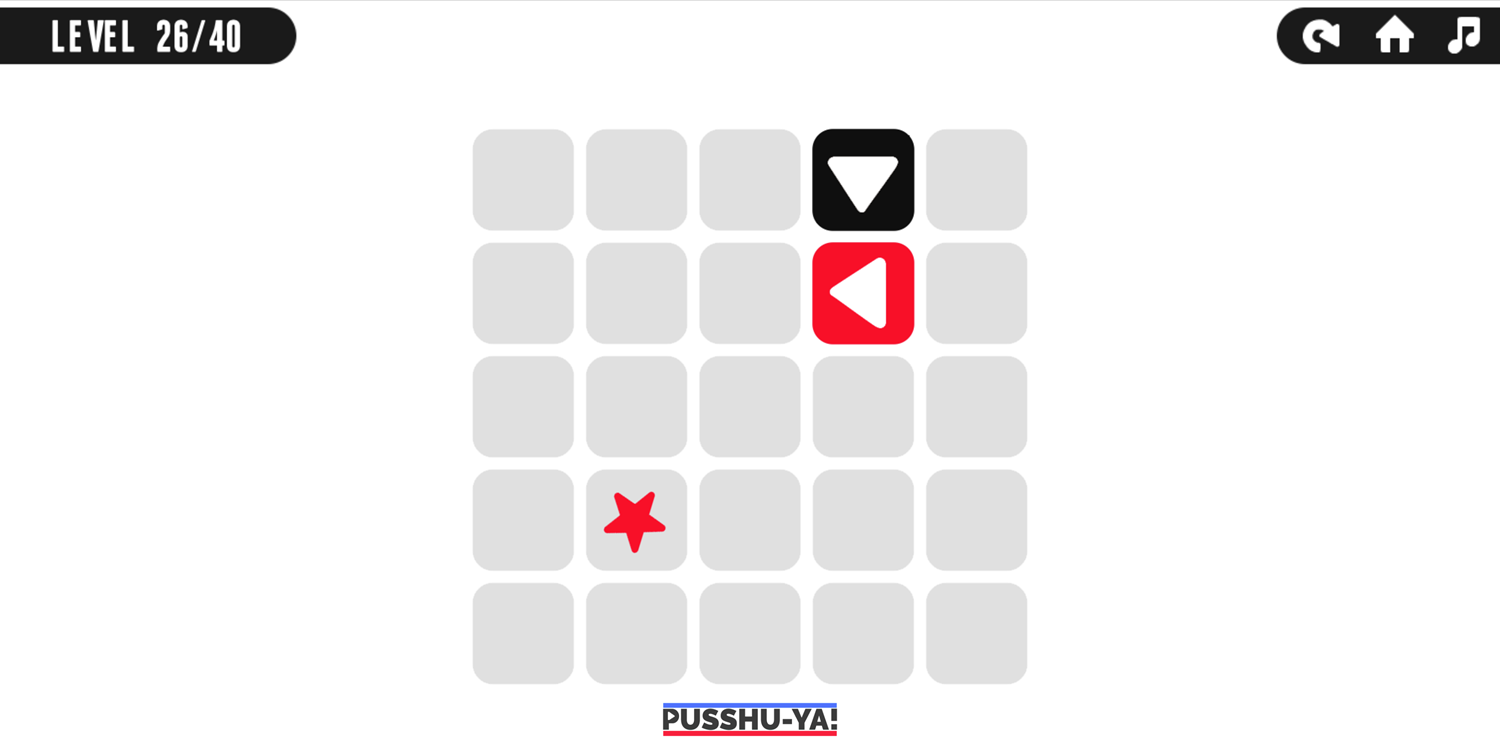 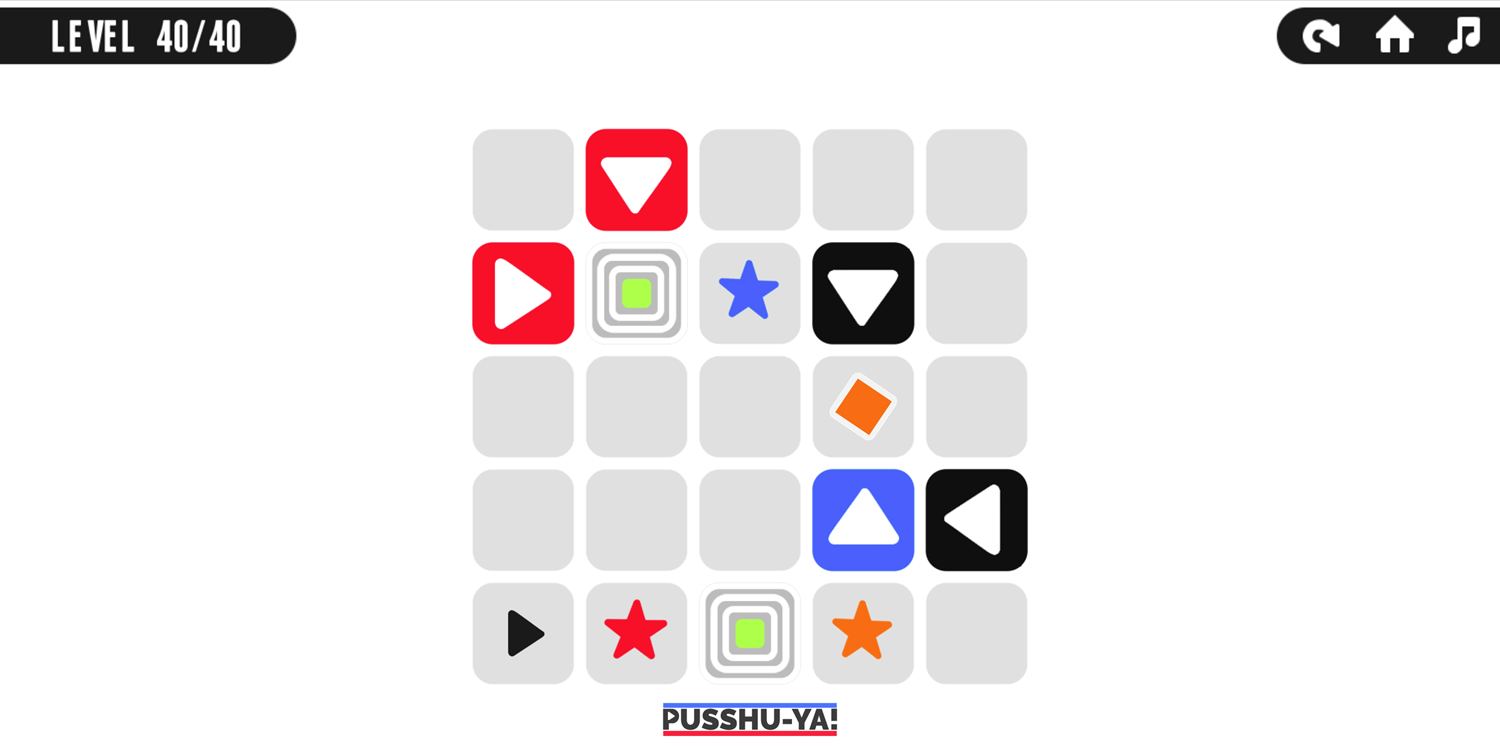 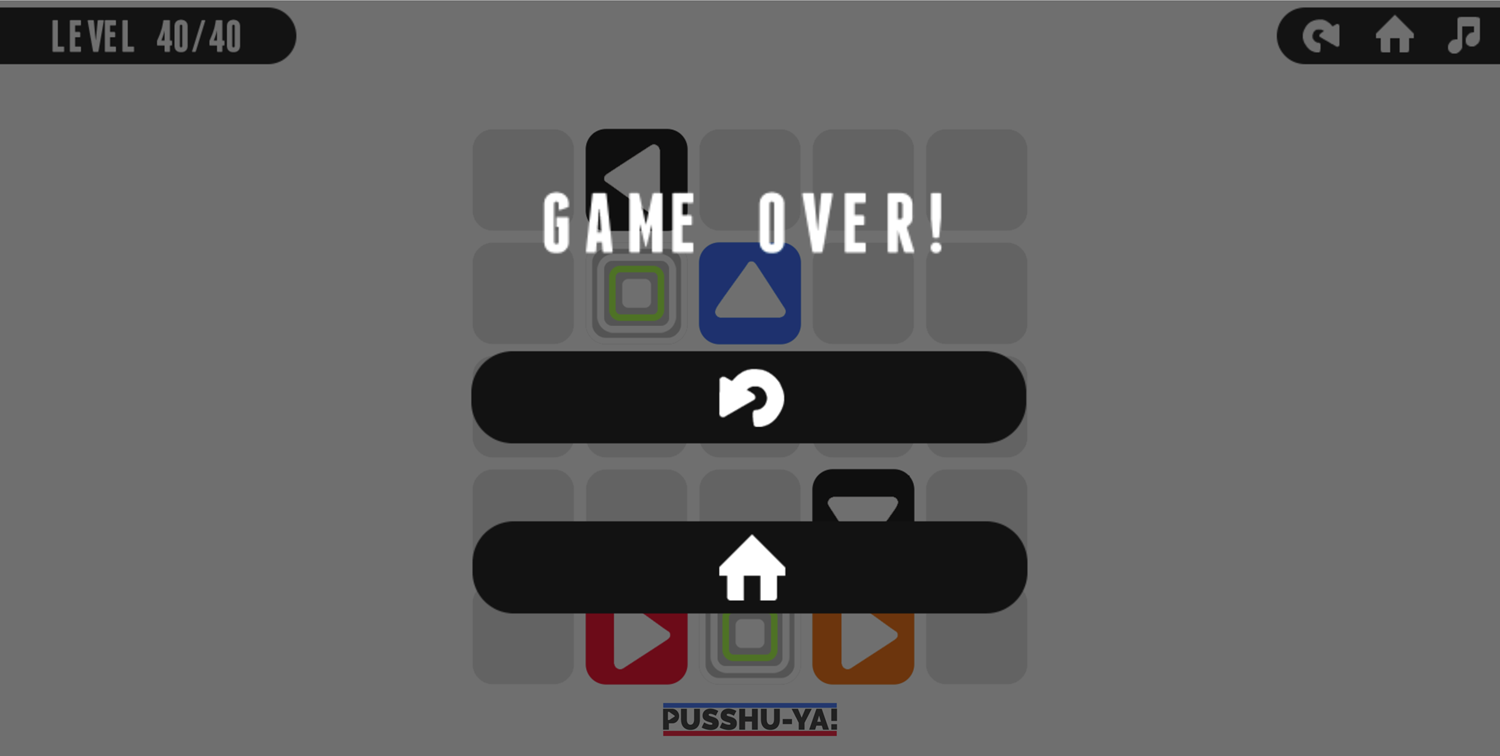 This game was published in these categories: Path Making, Sokoban. You can visit any of them to select other fun games to play.