This is a 28 stage logic puzzle game where you control the warriors Vambre and Prohyas at the same time, with both characters moving in the opposite directions any time you move.

Alternatively kids and adults can play this pair puzzle mirrored video game for free as a web application here.

Collect gems while avoiding enemies, sharp objects, cannonballs, and perilous falls. Make your way to the level exit to proceed to the next level. 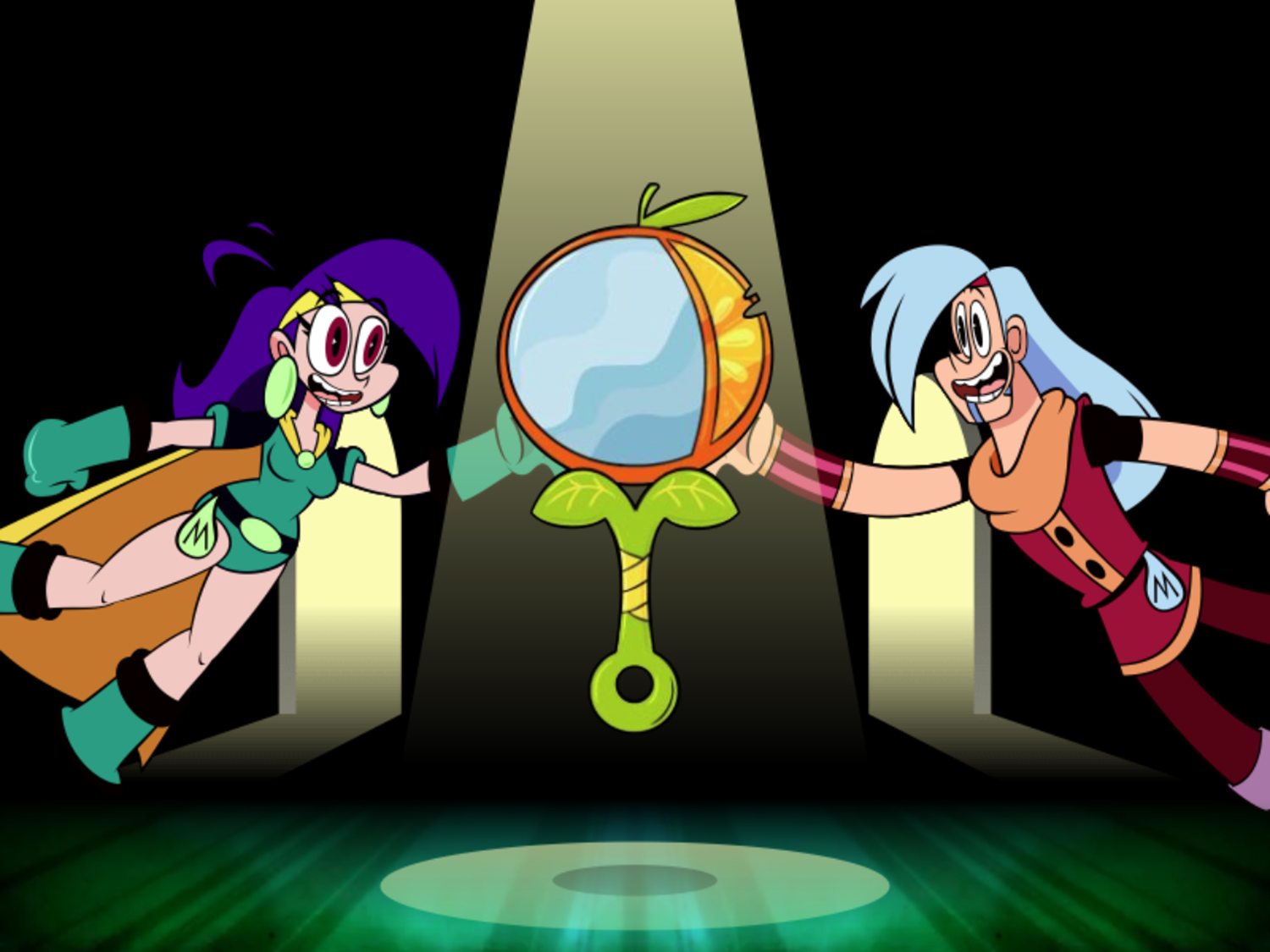 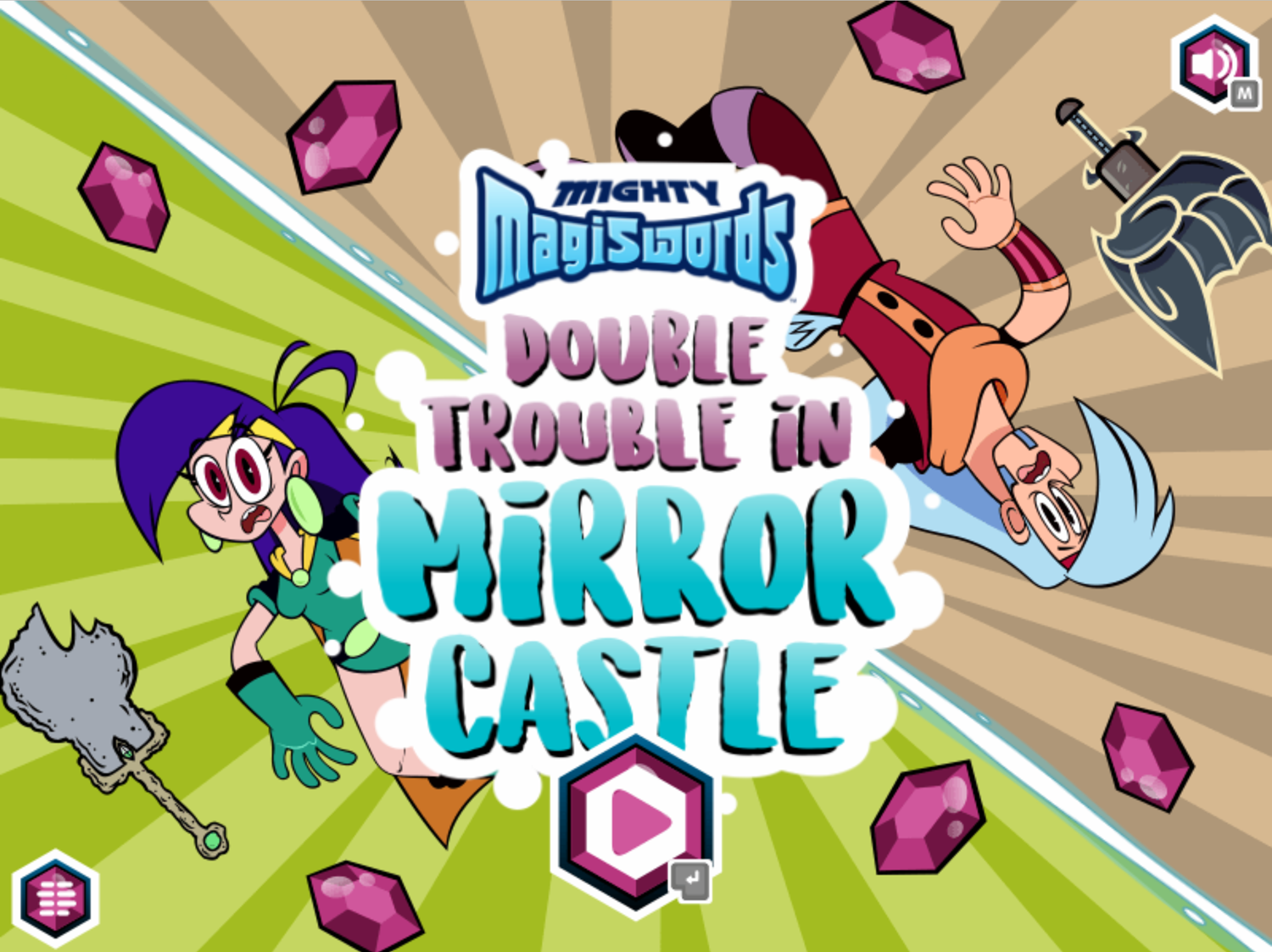 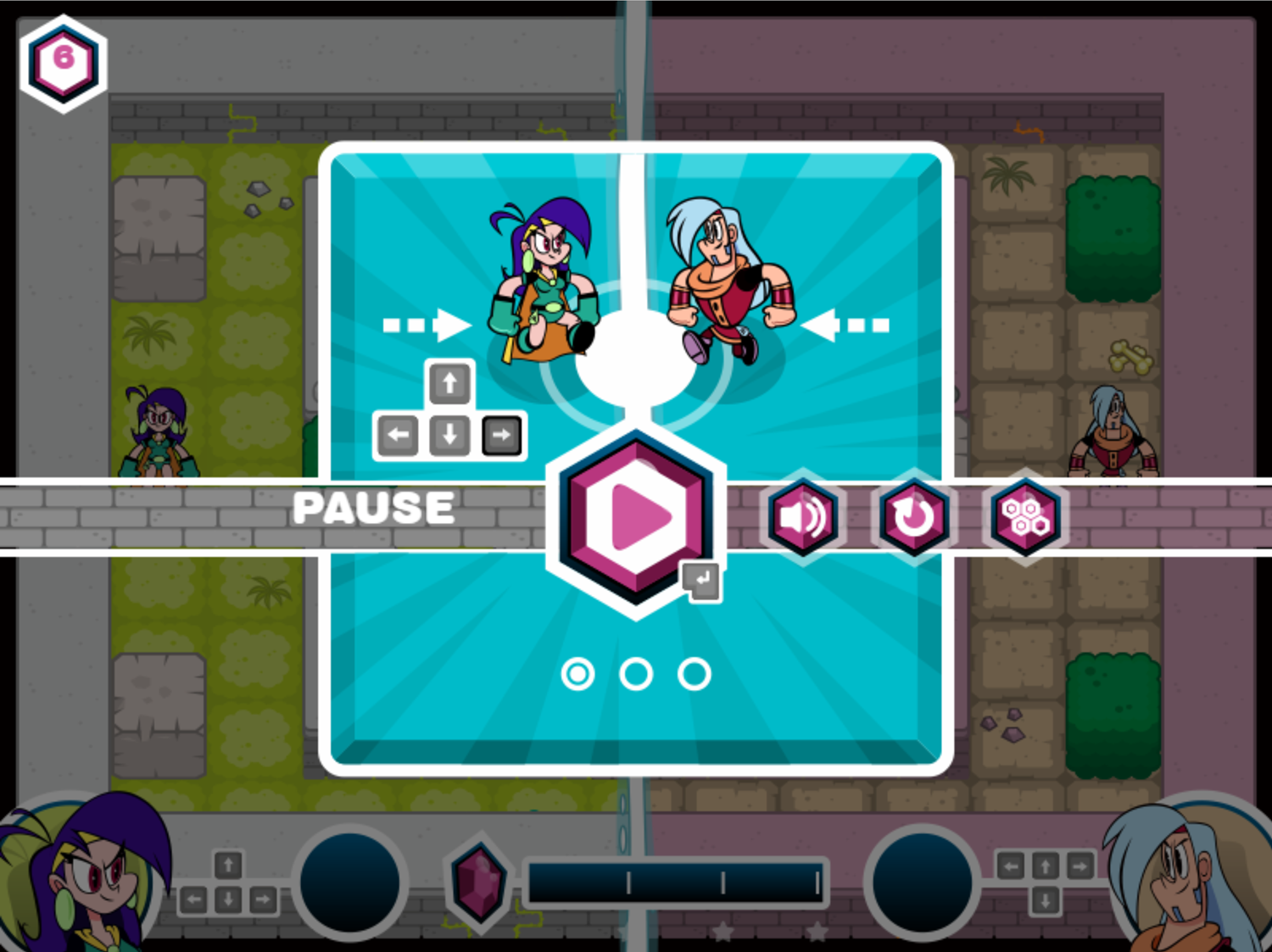 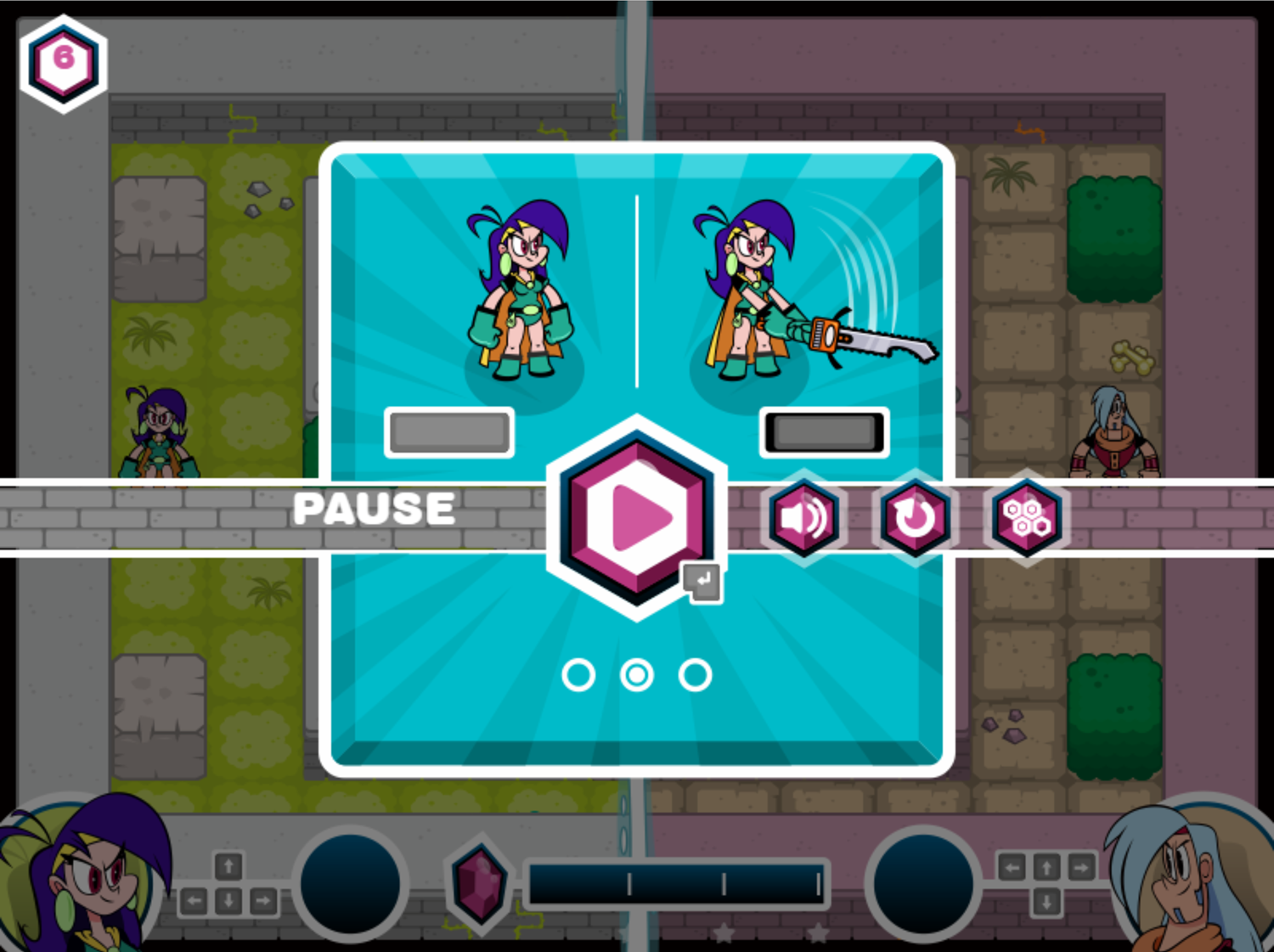 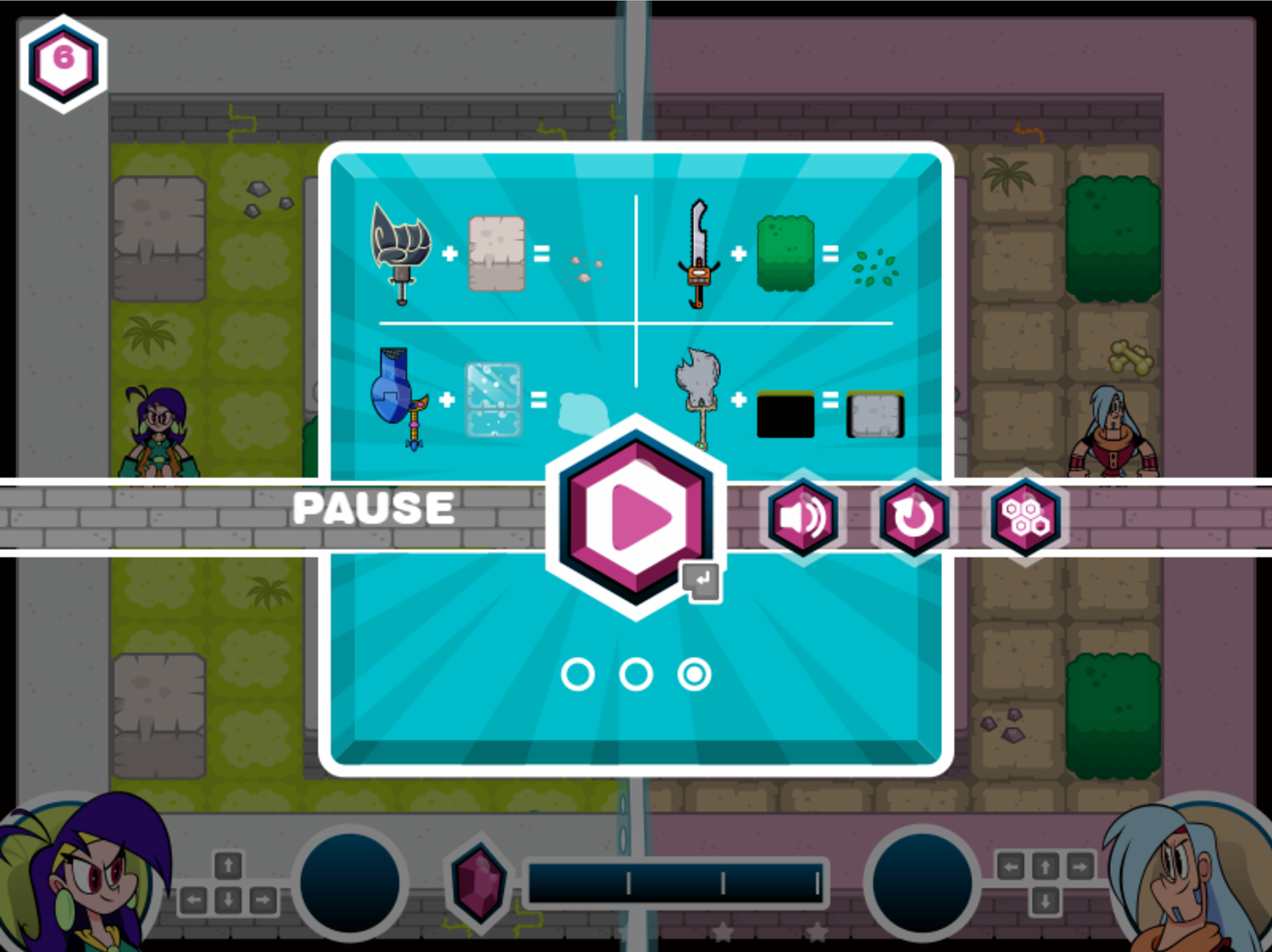 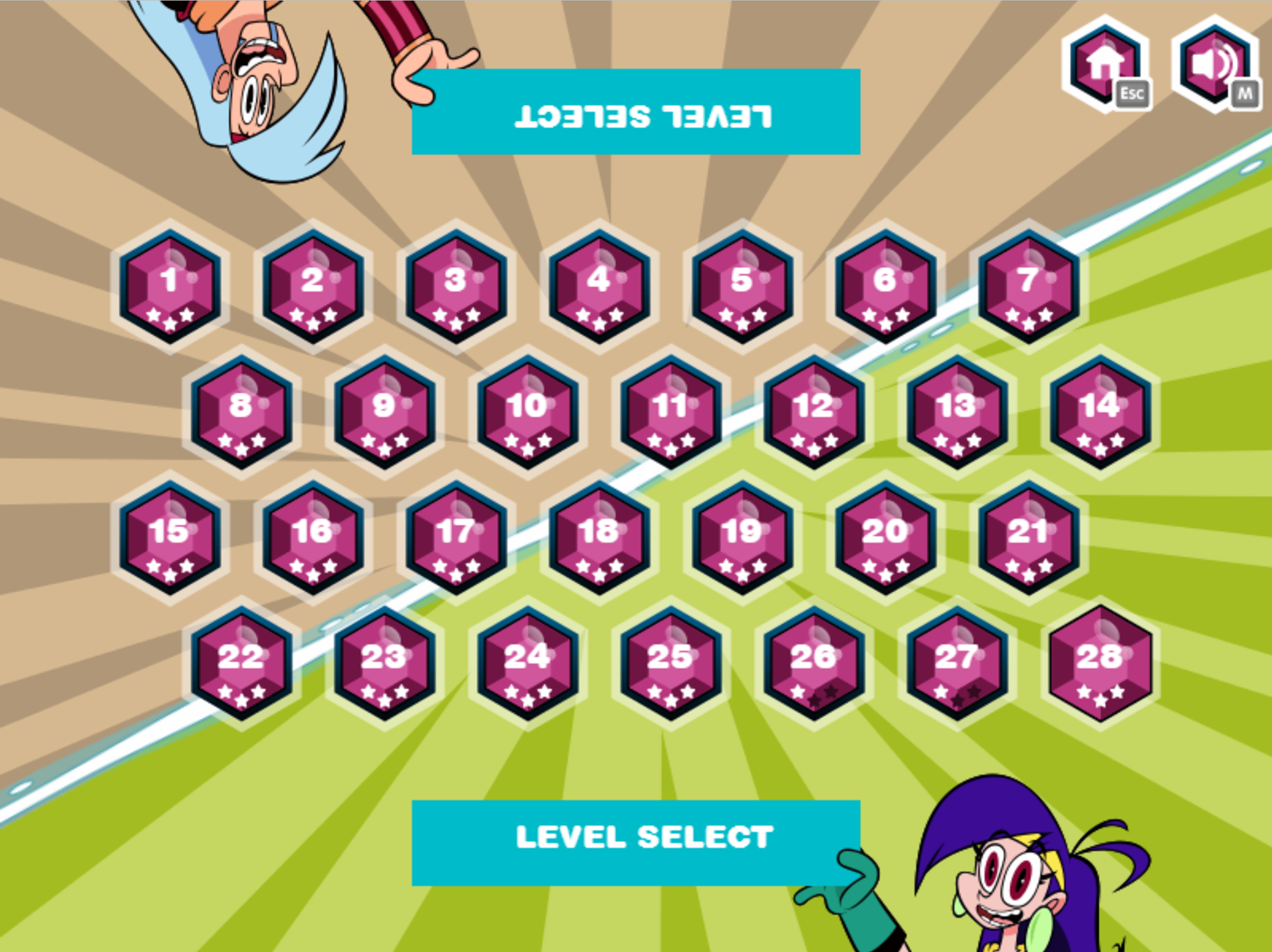 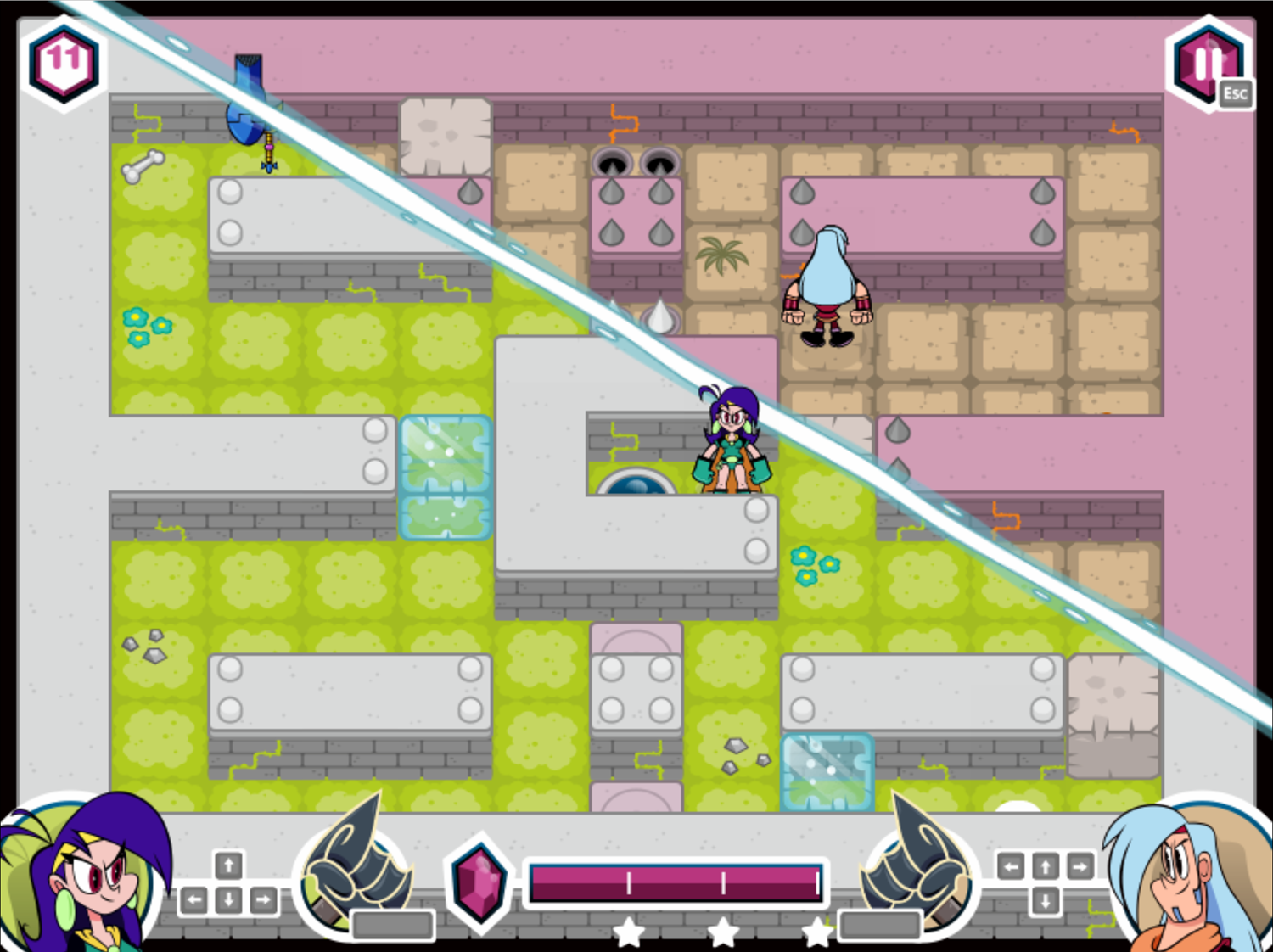 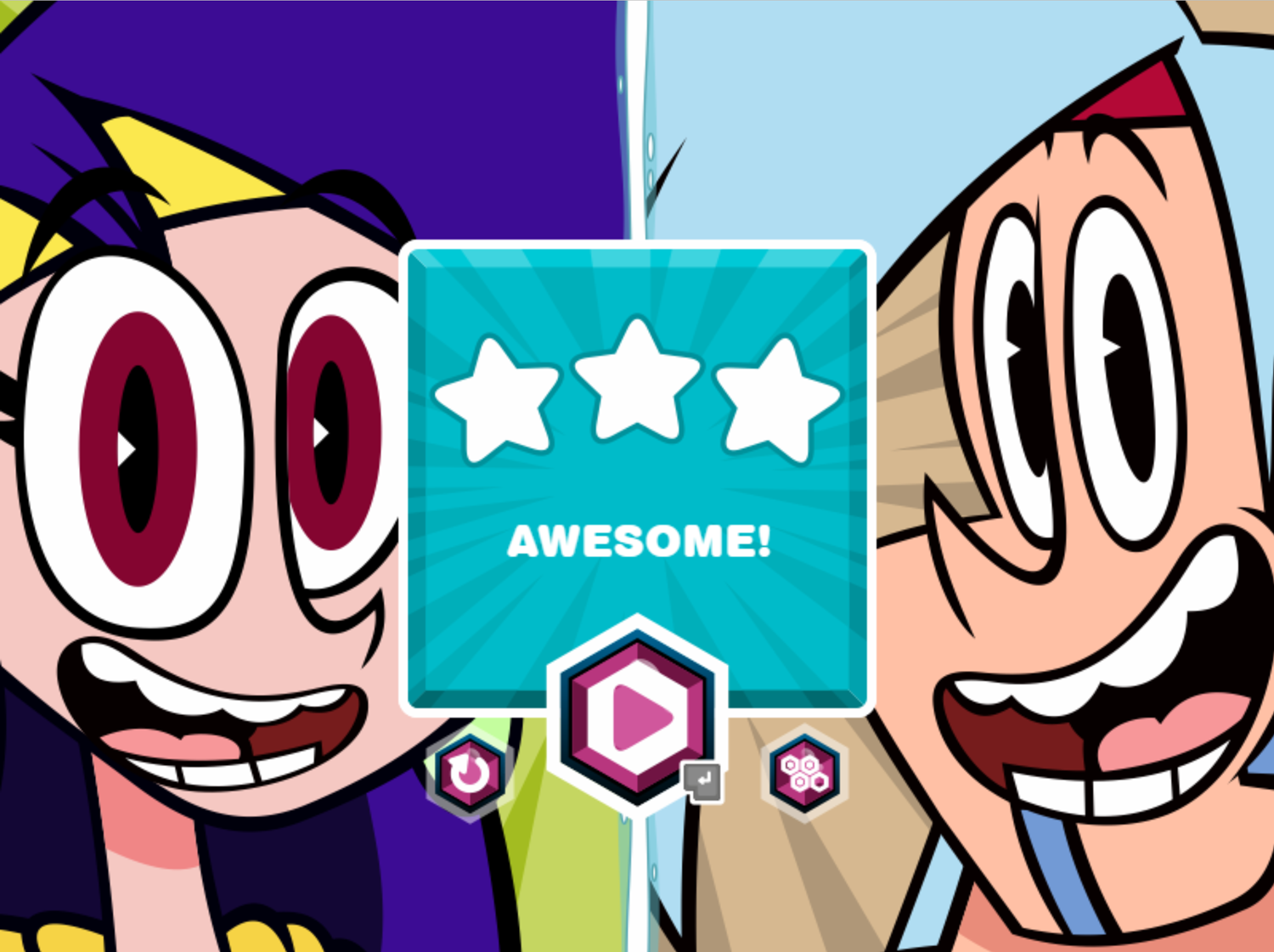 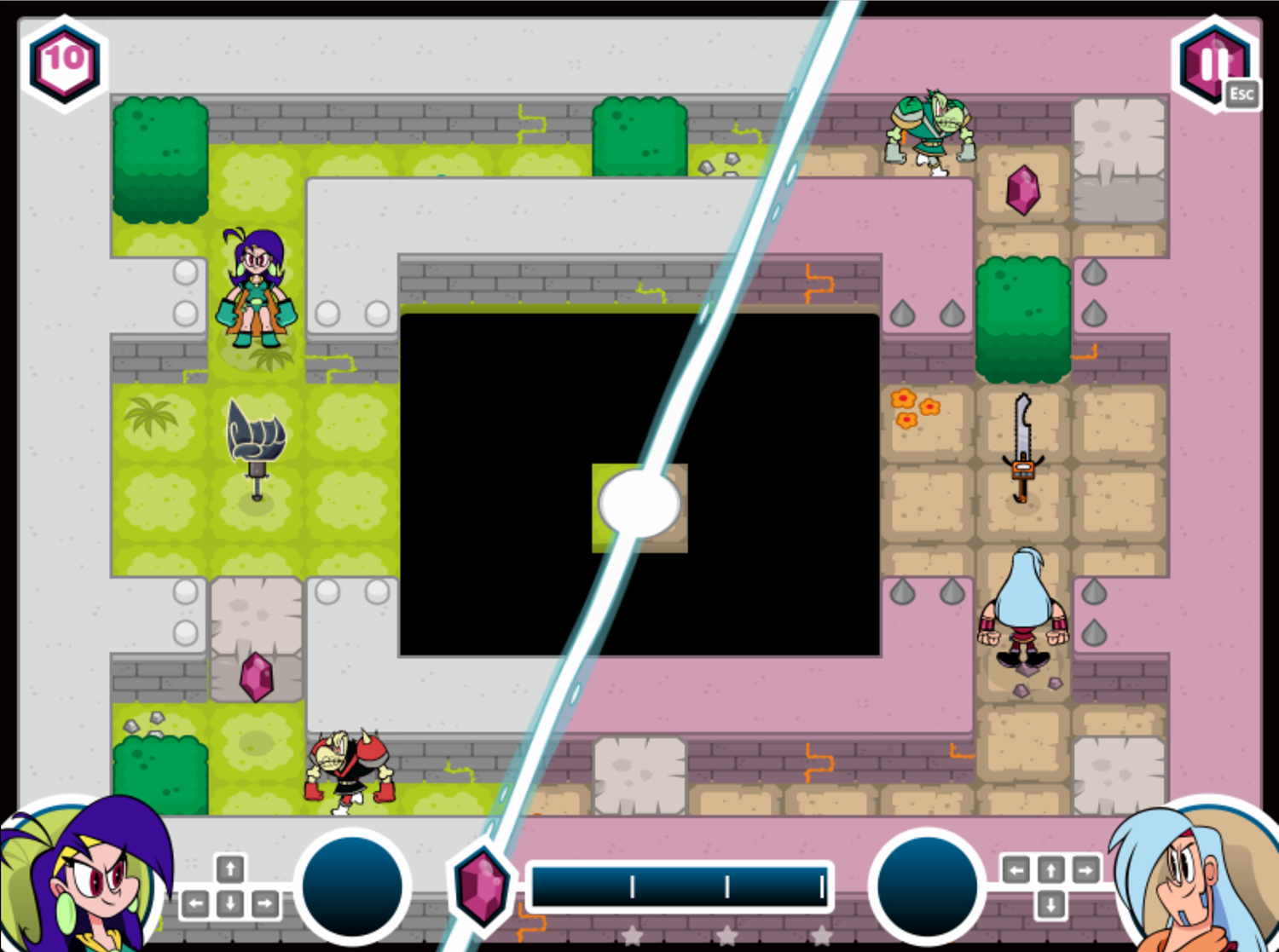 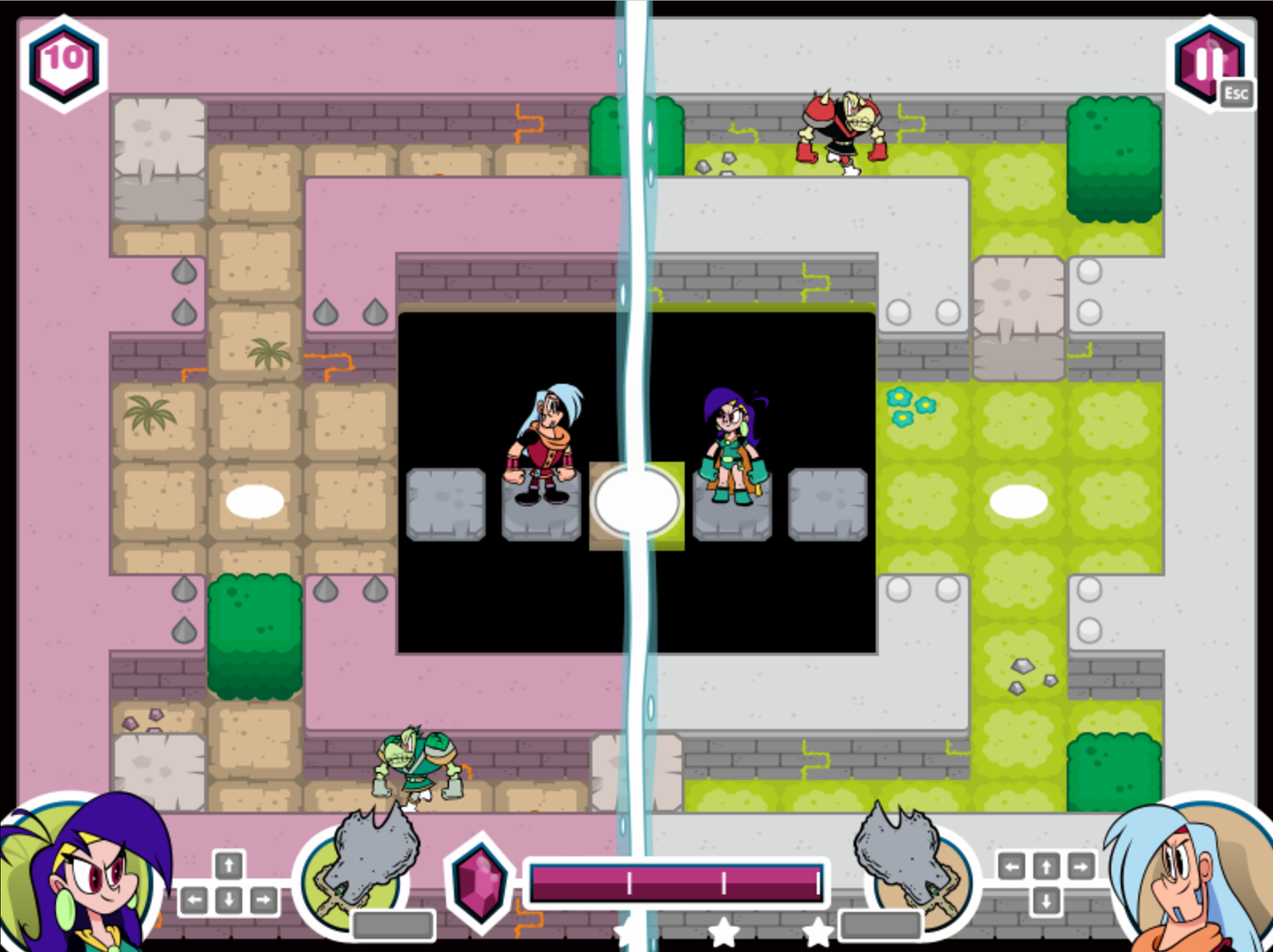 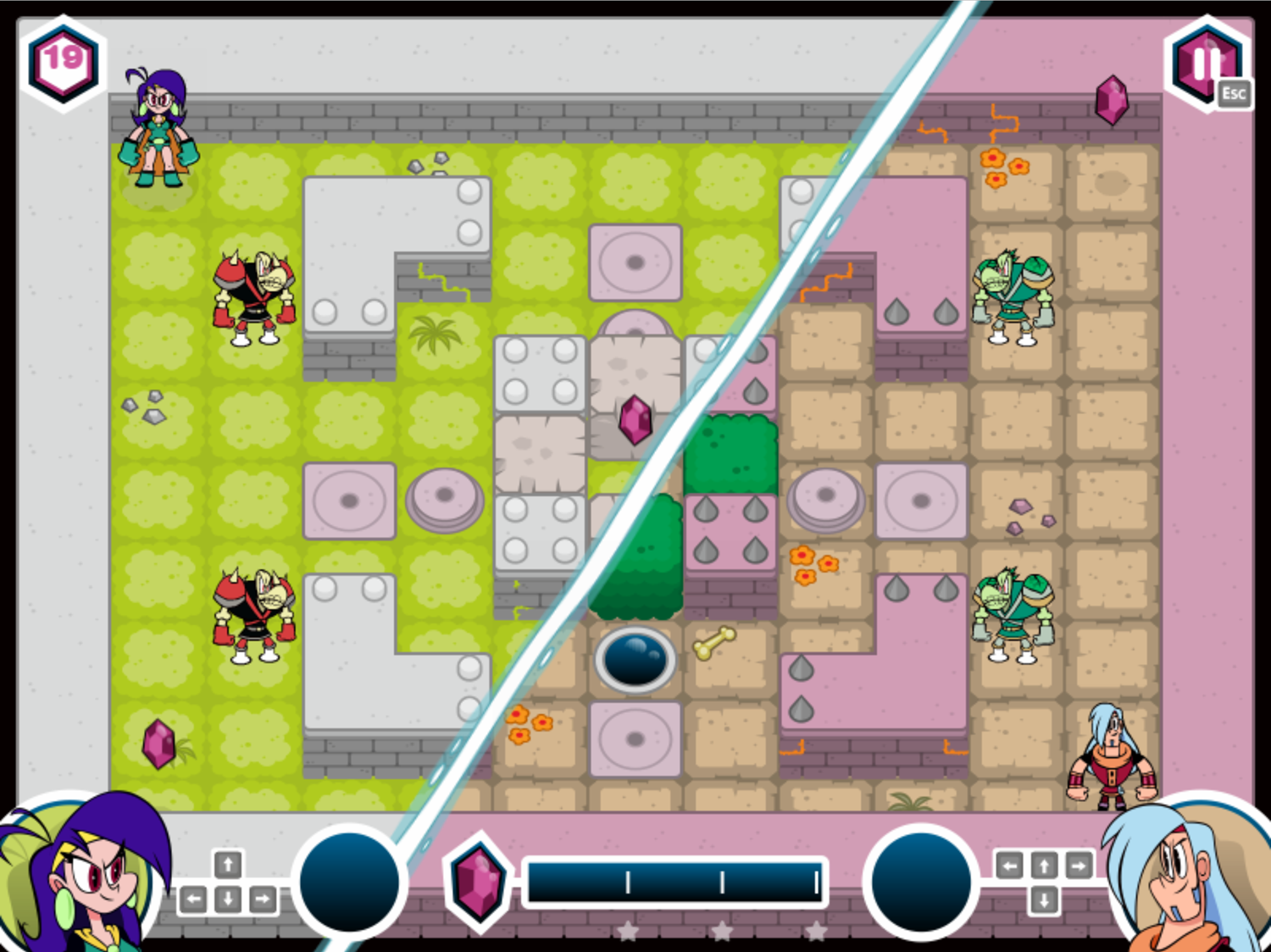 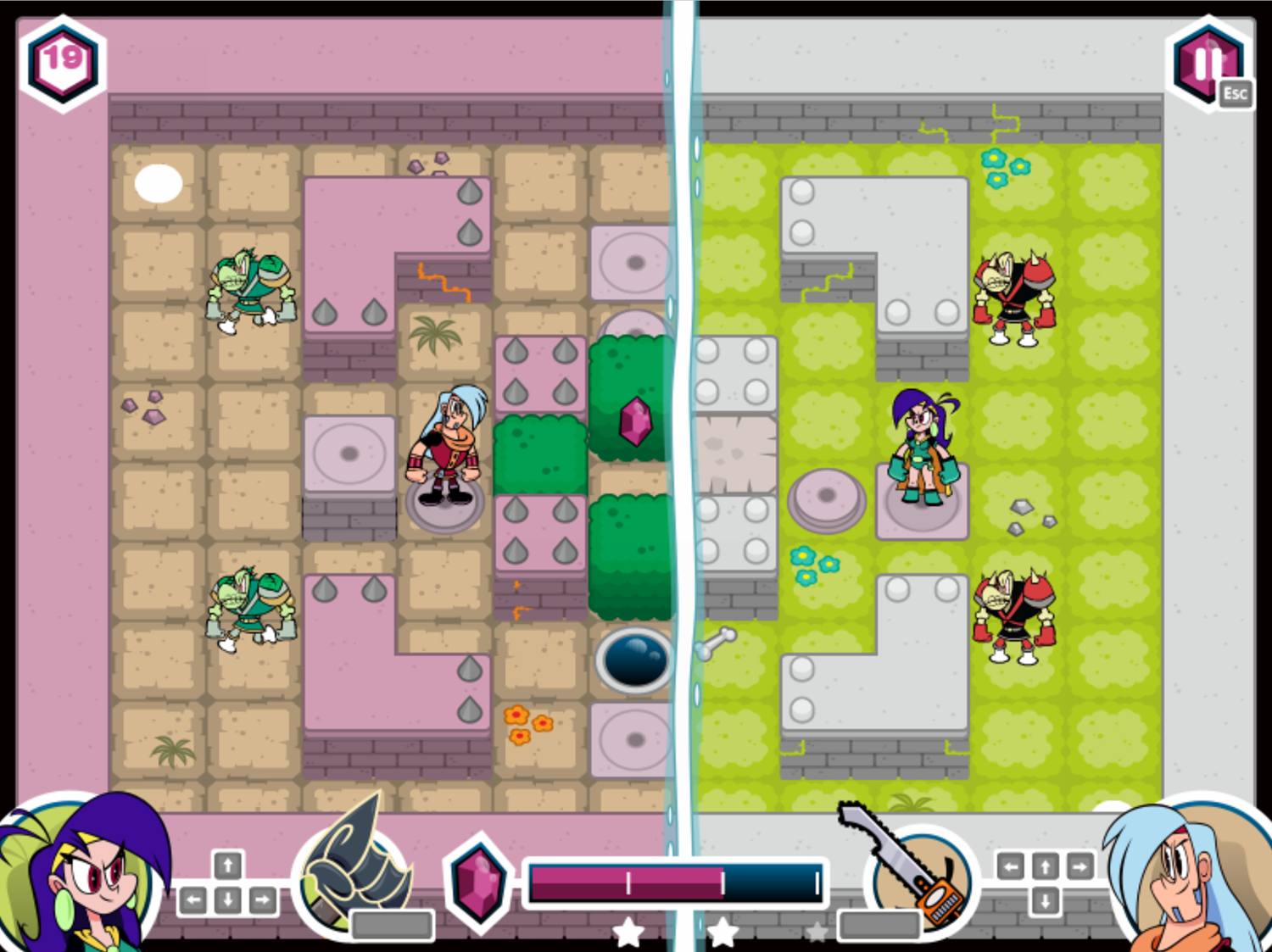 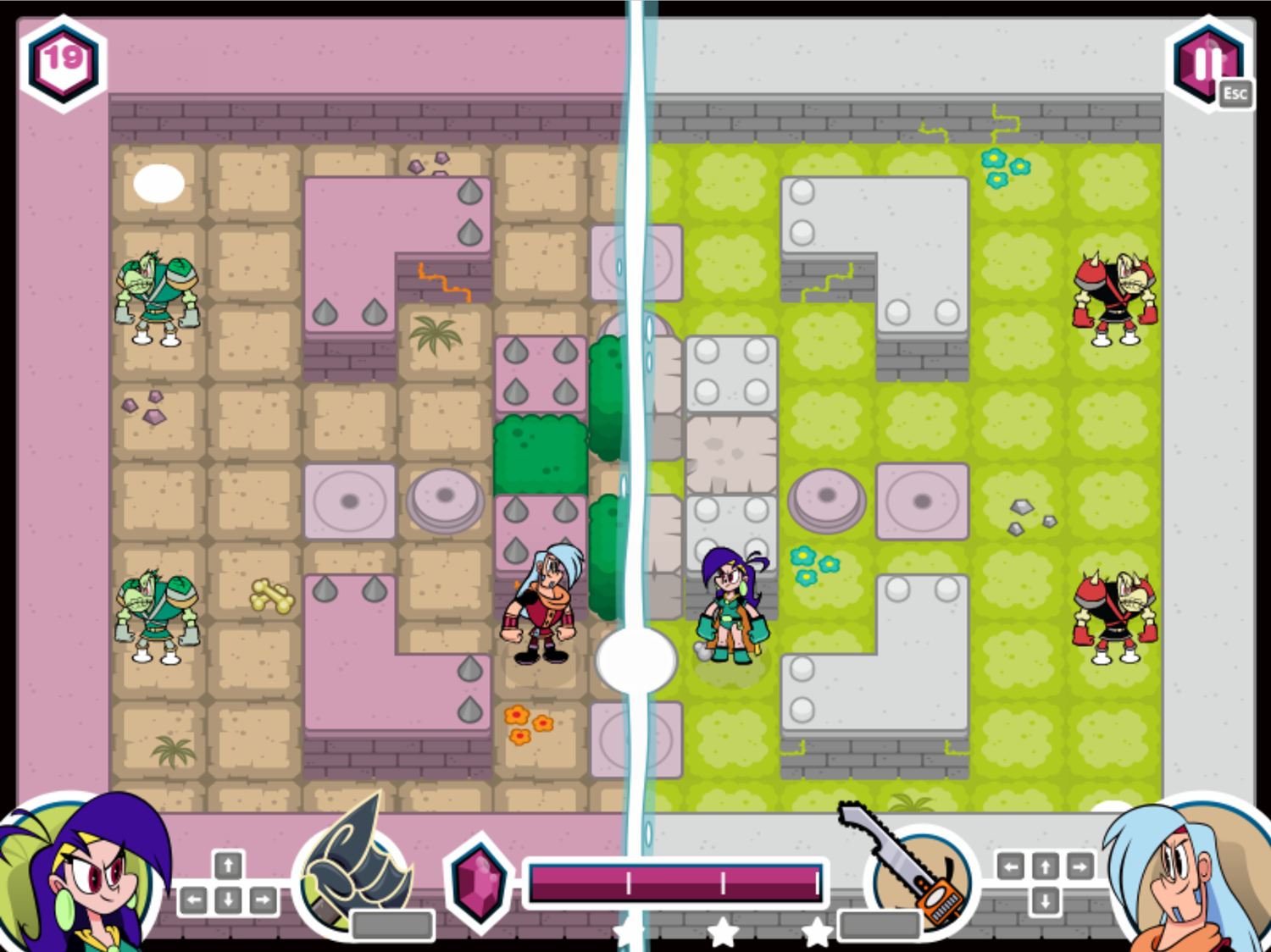 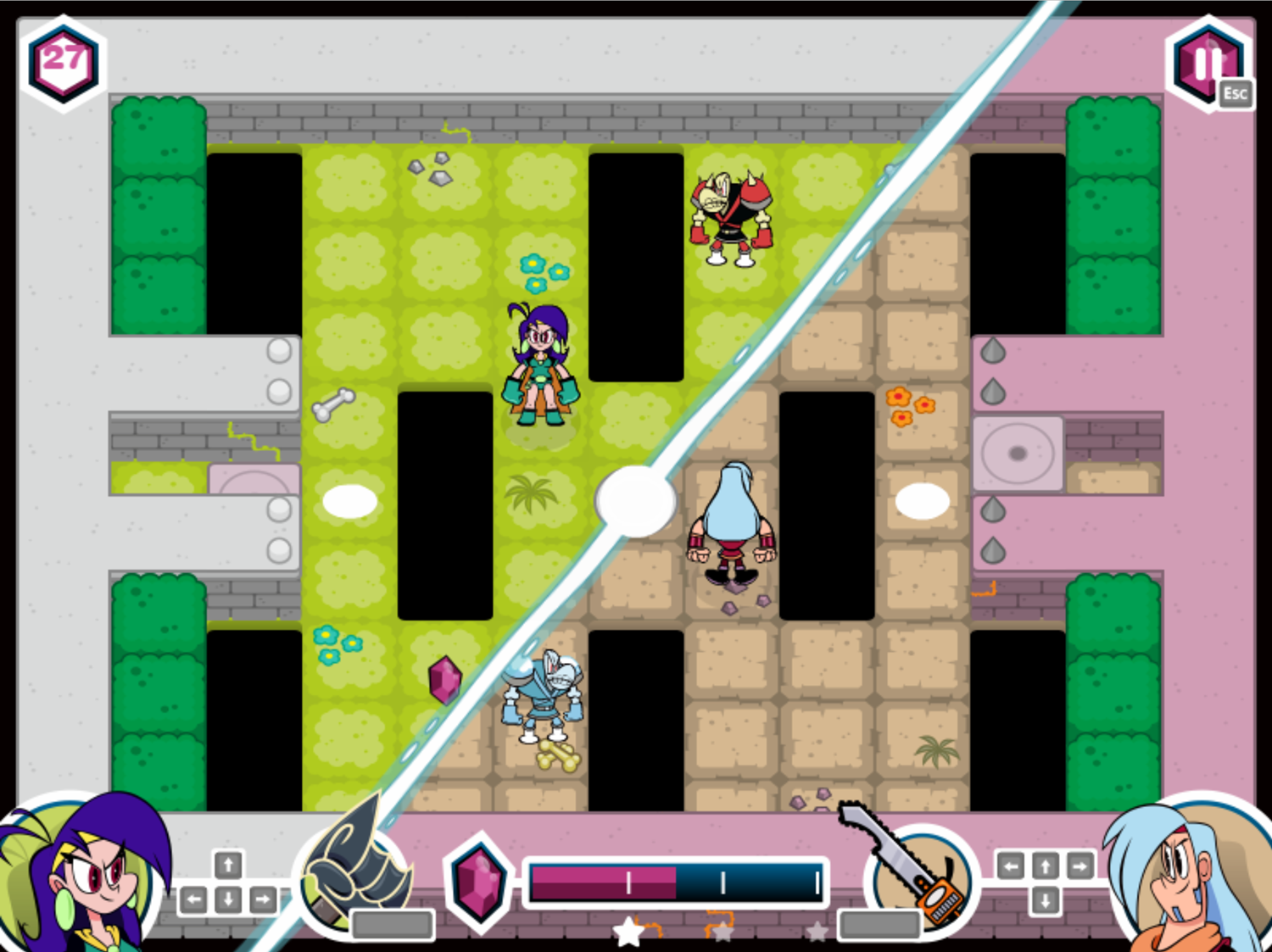 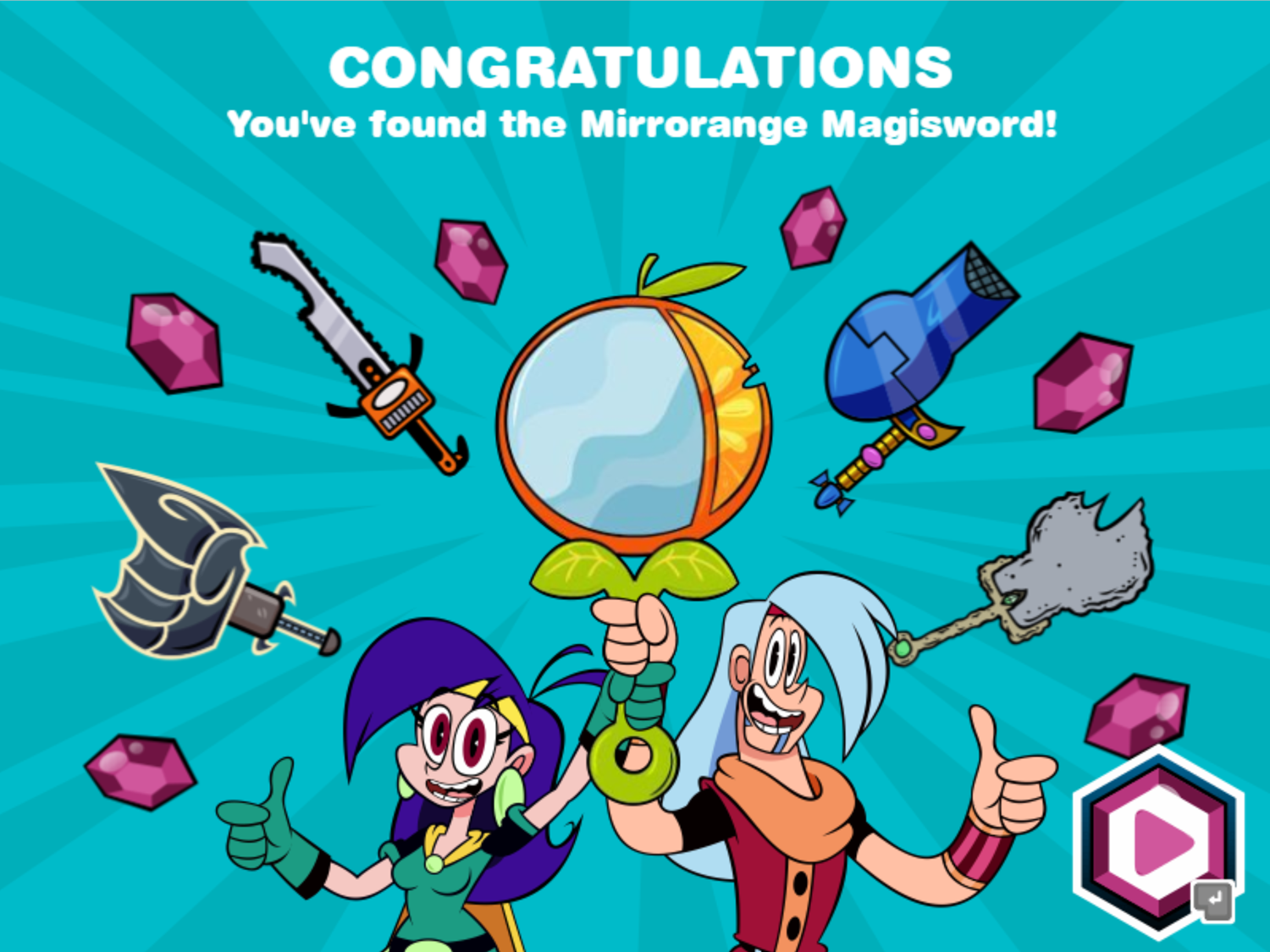 This game was published in these categories: Escape, Logic, Mighty MagiSwords. You can visit any of them to select other fun games to play.