This is a trinket merging game where you help Santa Finn spread cheer.

Children and parents can play this holiday merging game by clicking in the window below.

Alternatively kids and adults can play this Christmas merge video game for free as a web application here.

Merge buttons of the same numerical value together into the next higher button value. Select buttons from the stack or shop to keep merging up. Take advantage of the speed boost to earn points faster. 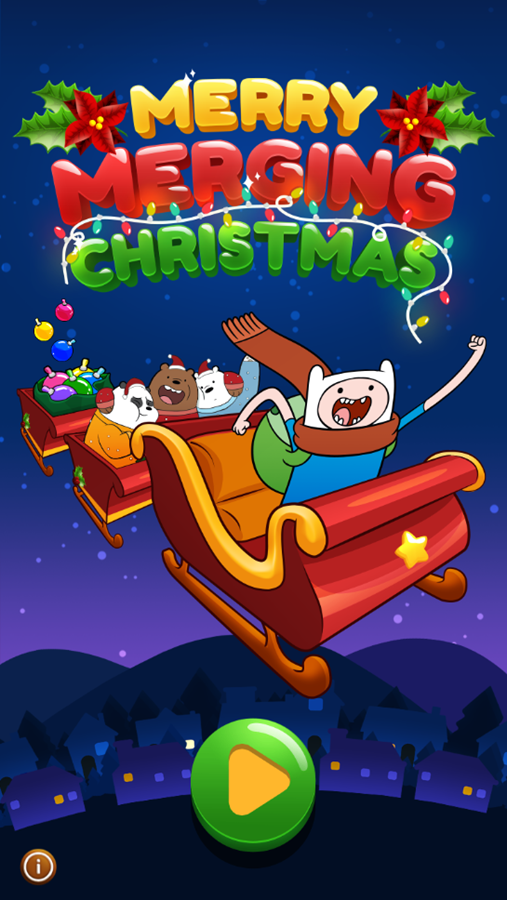 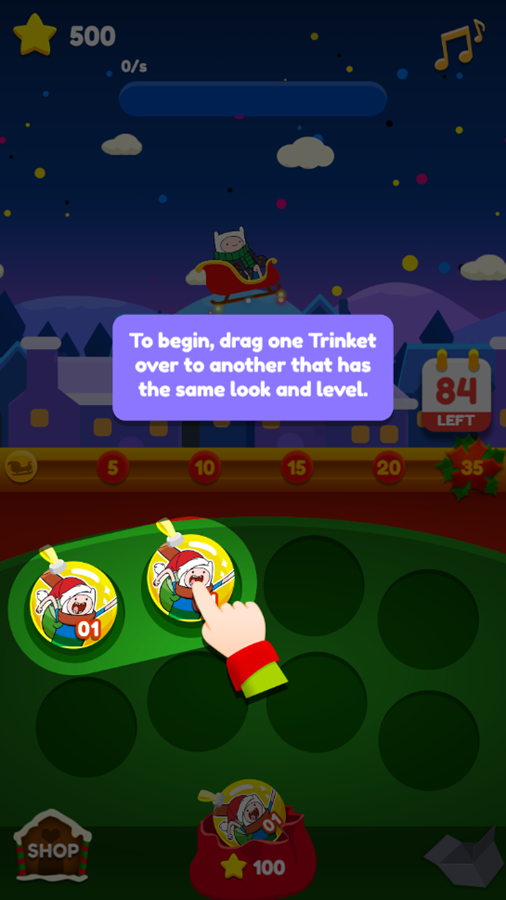 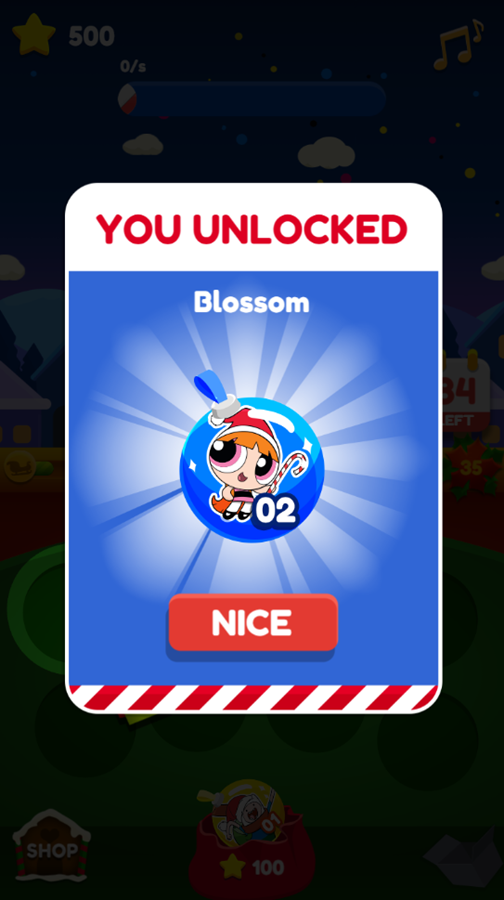 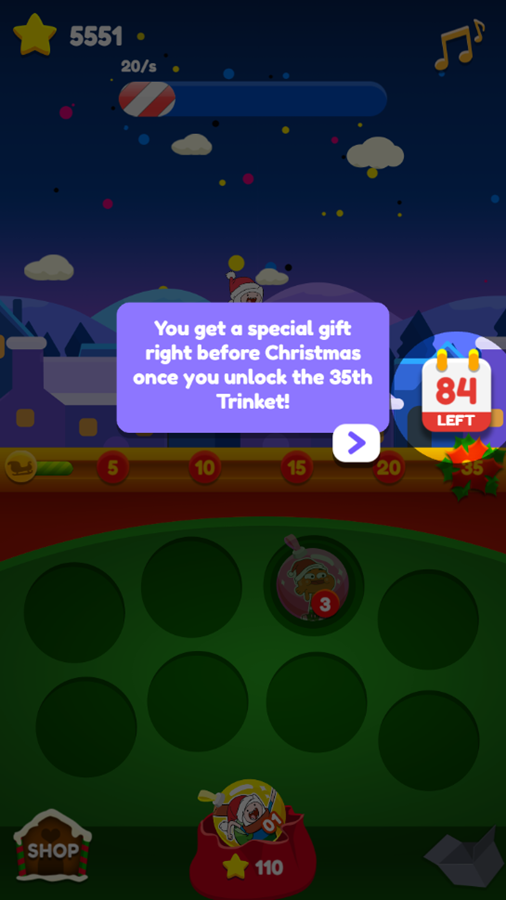 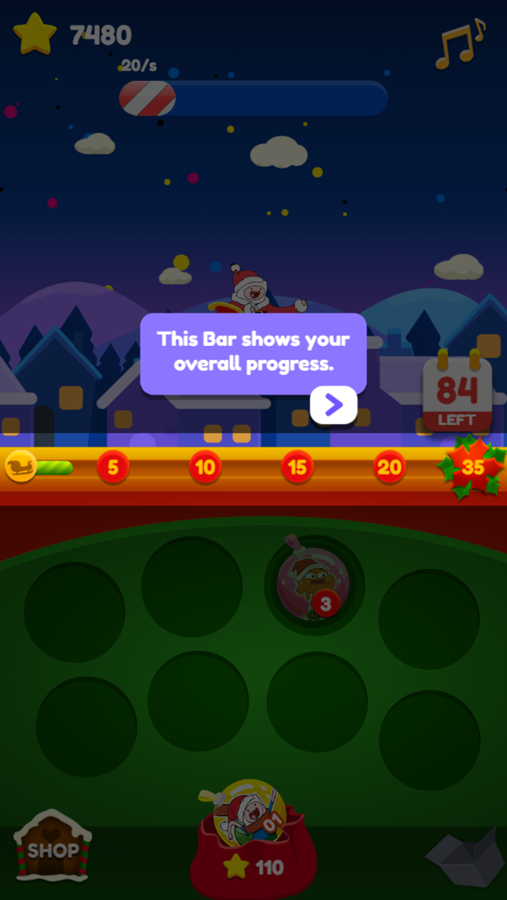 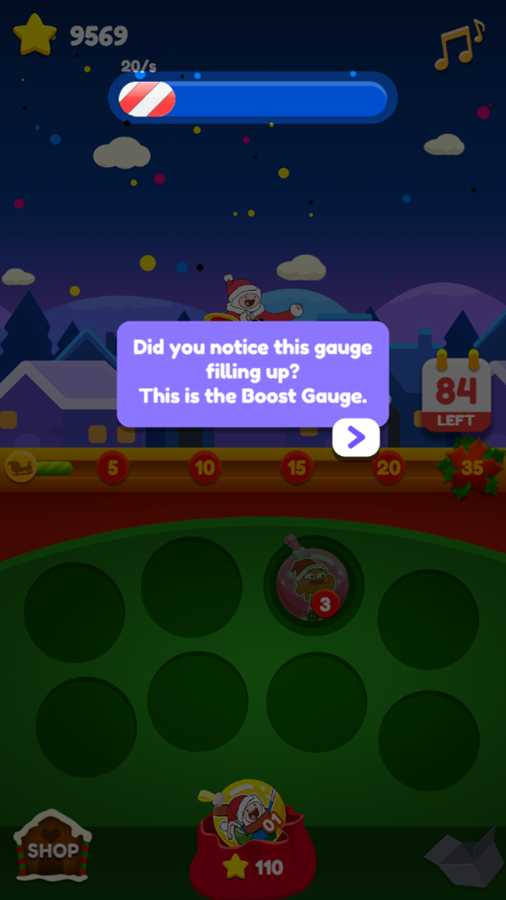 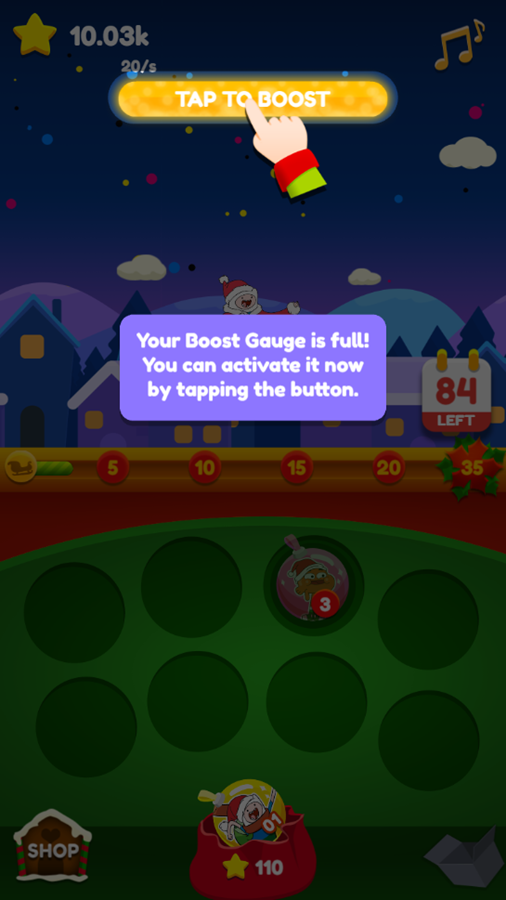 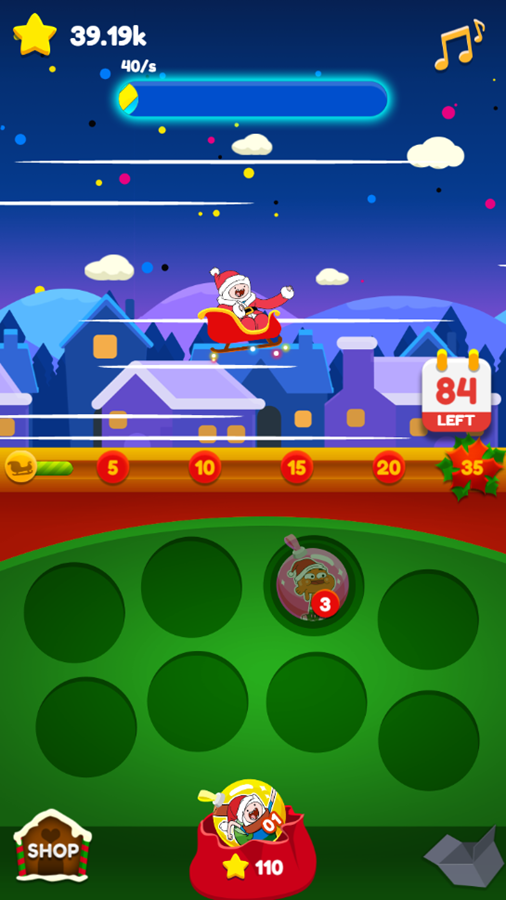 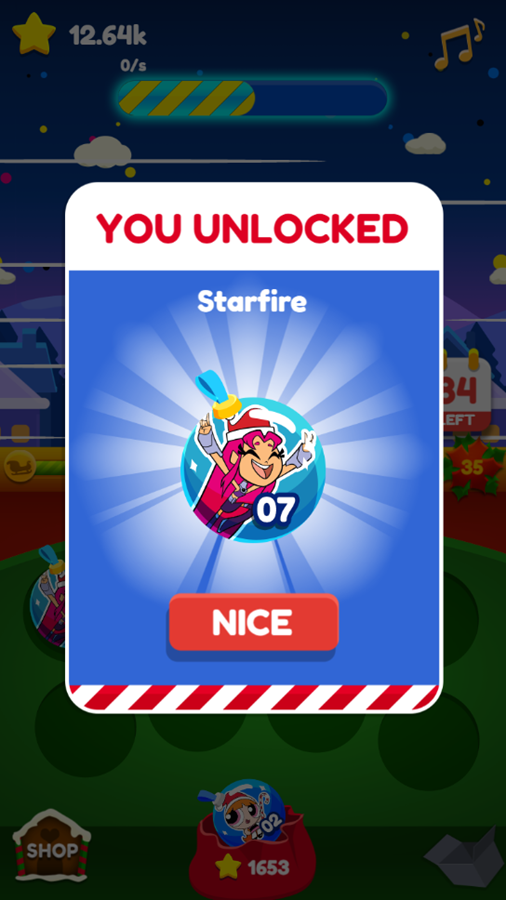 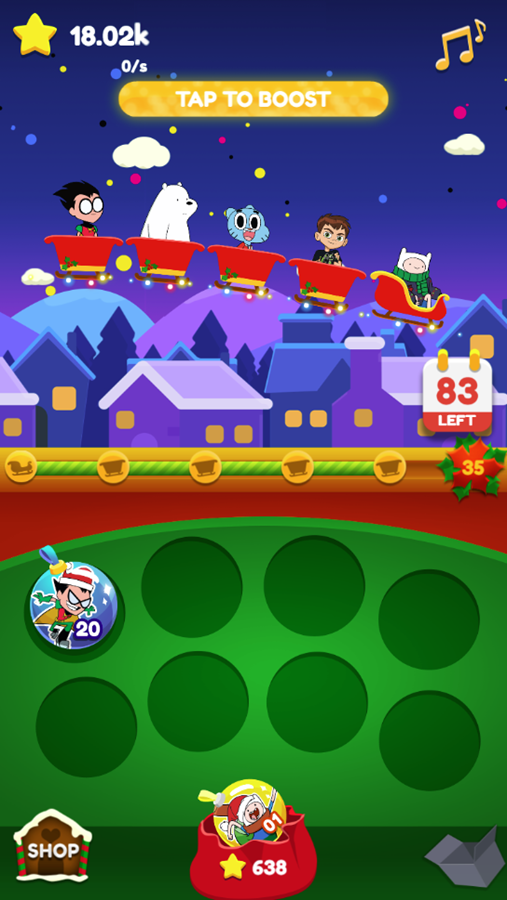 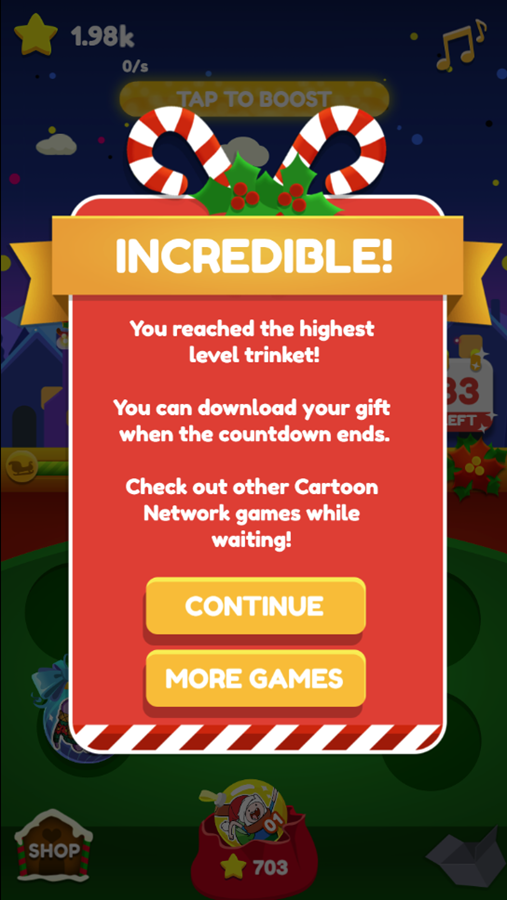 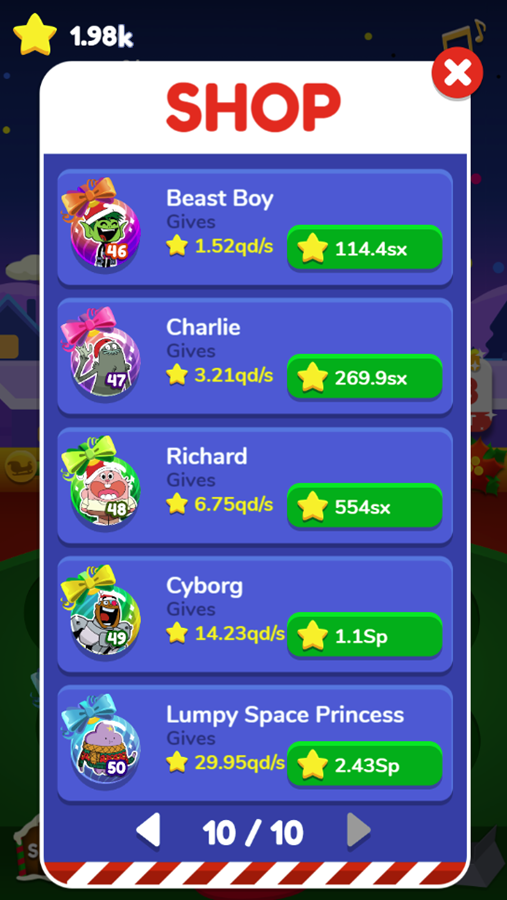 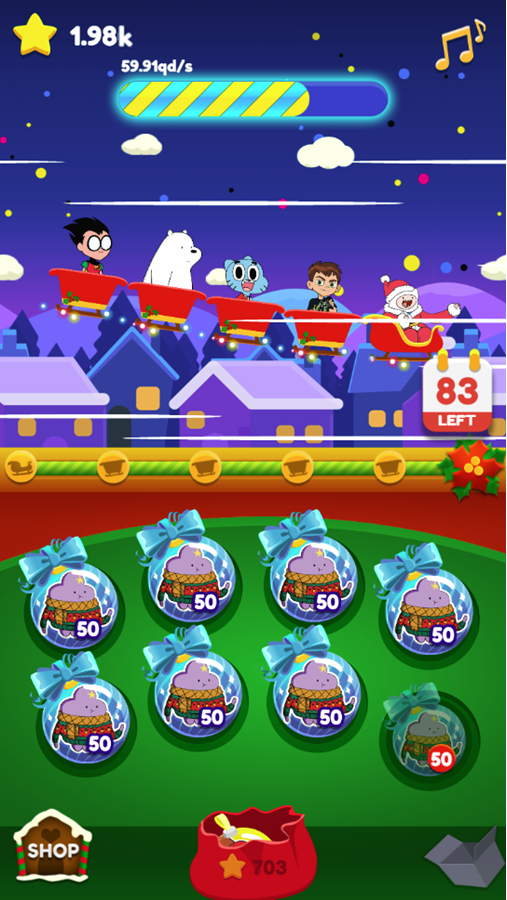 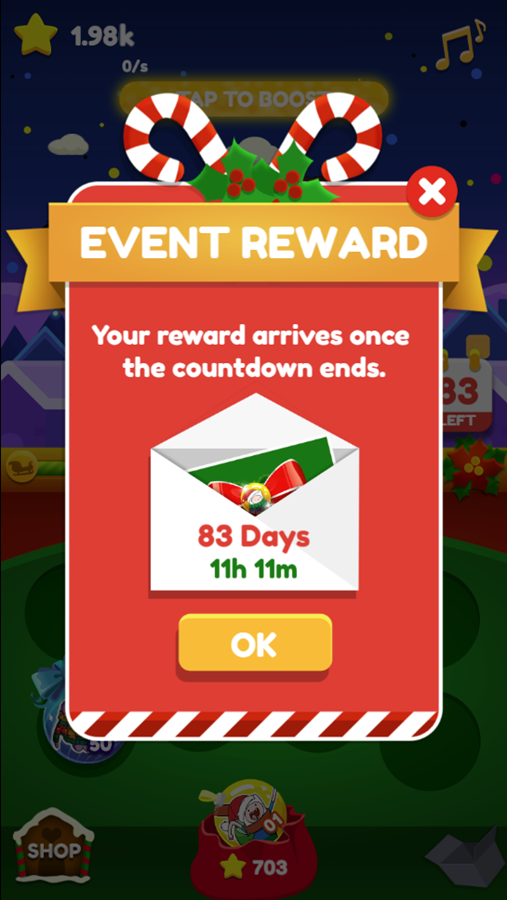 This game was published in these categories: Christmas, Merge. You can visit any of them to select other fun games to play.