This is a Halloween themed survival shooting game where you play a Jack-o’-lantern in a graveyard.

Children and parents can play this Halloween shooting game by clicking in the window below.

Alternatively kids and adults can play this graveyard skeleton shooter survival video game for free as a web application here.

Move around the graveyard while avoiding & shooting skeletons. Use your coins to purchase gun upgrades. See how long you can survive.

Like This Game? Review This Survival Shooting Video Game for Young Girls & Boys 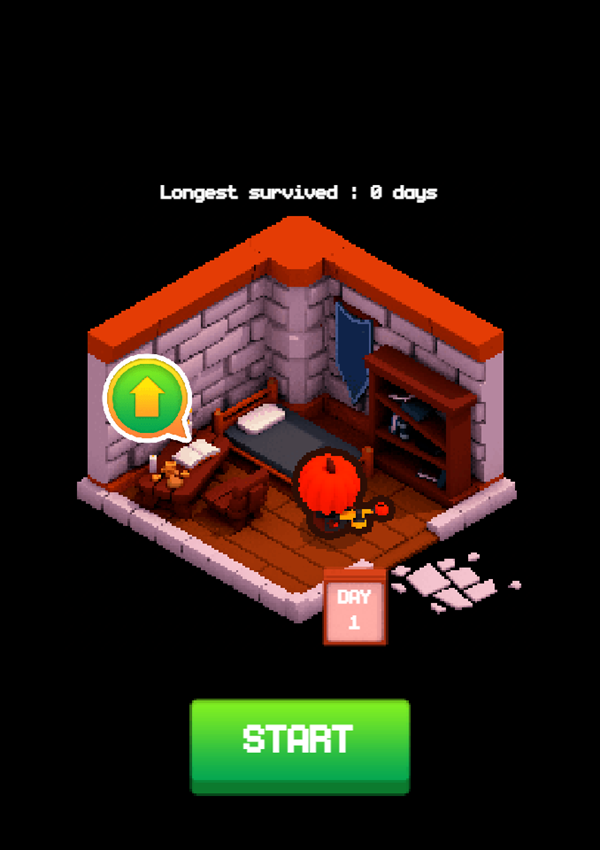 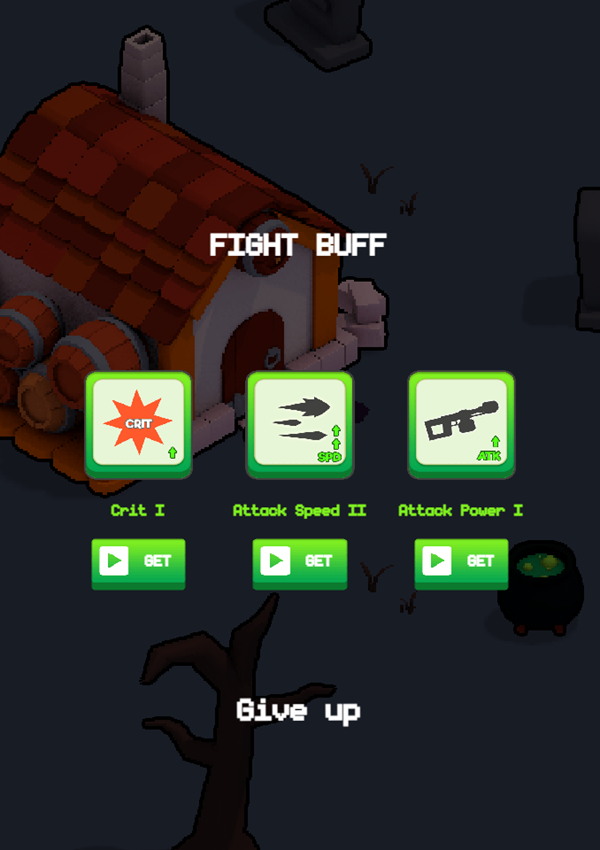 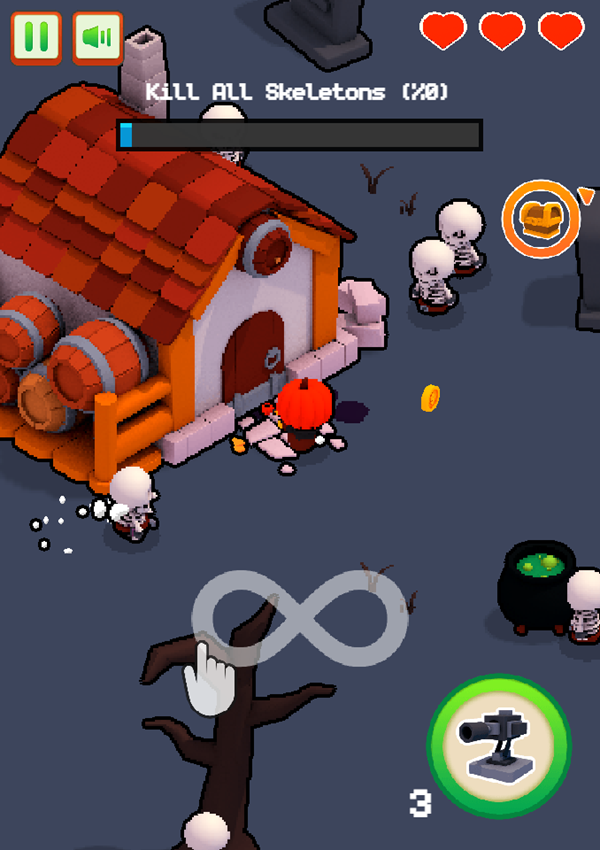 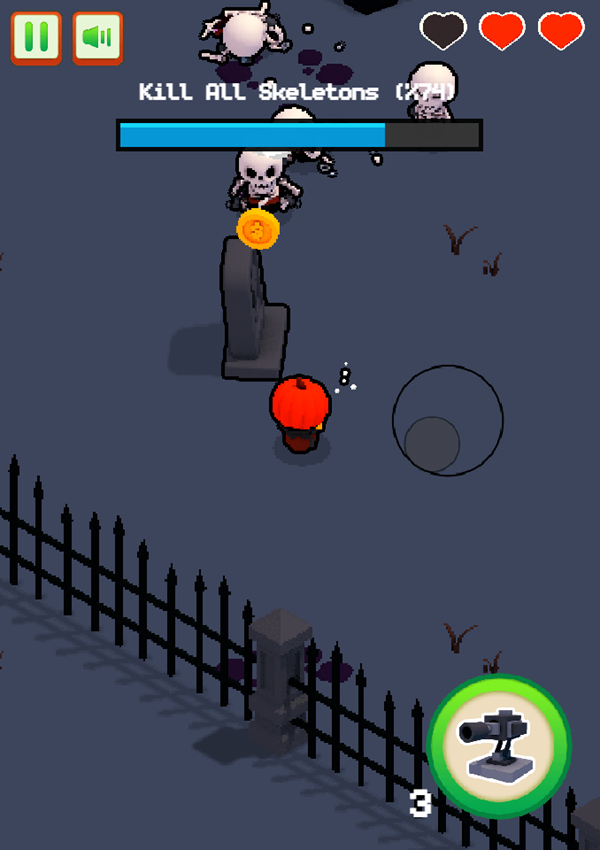 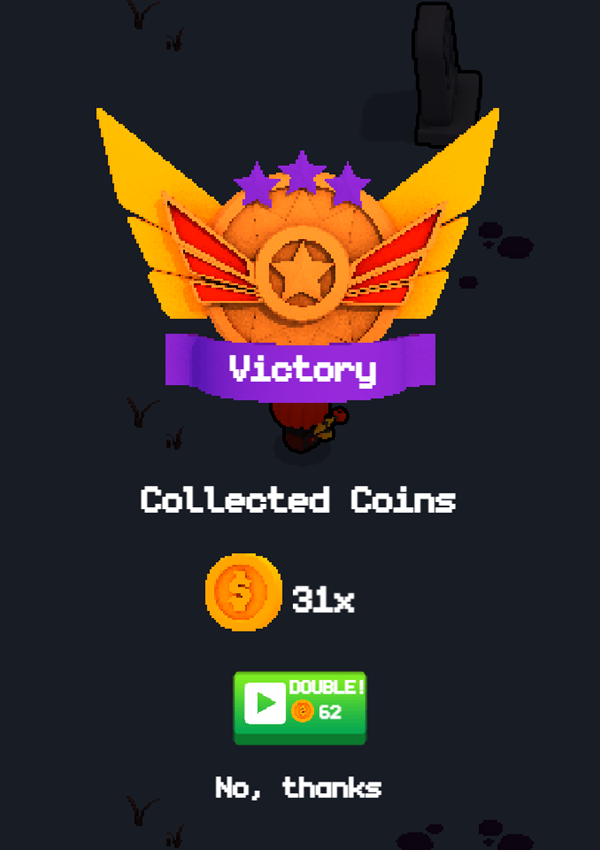 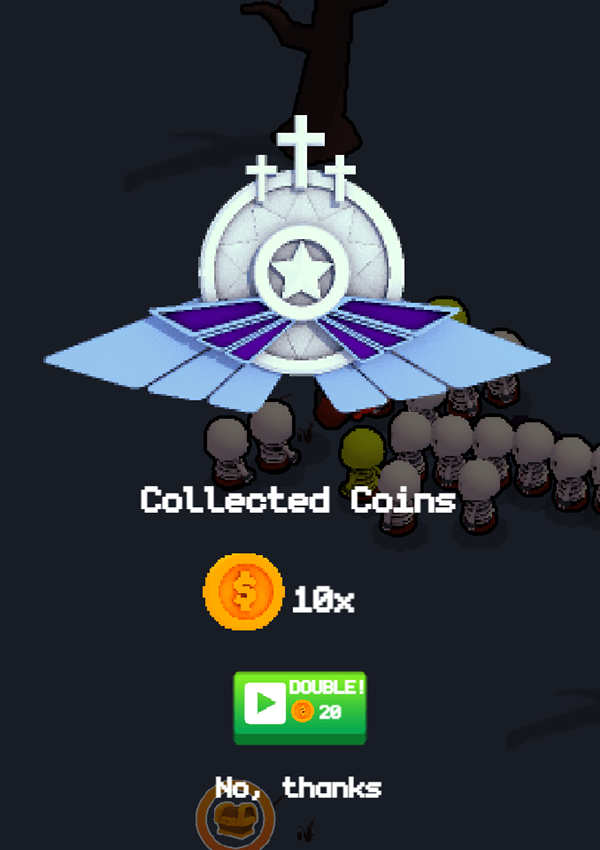