This is a single player online Euchre game which allows you to choose between playing American or British versions of the game.

Children and parents can play this single player Euchre game by clicking in the window below.

Alternatively kids and adults can play this American or British Euchre card video game for free as a web application here.

Call trump, take tricks, and be the first team to 10 points to win. 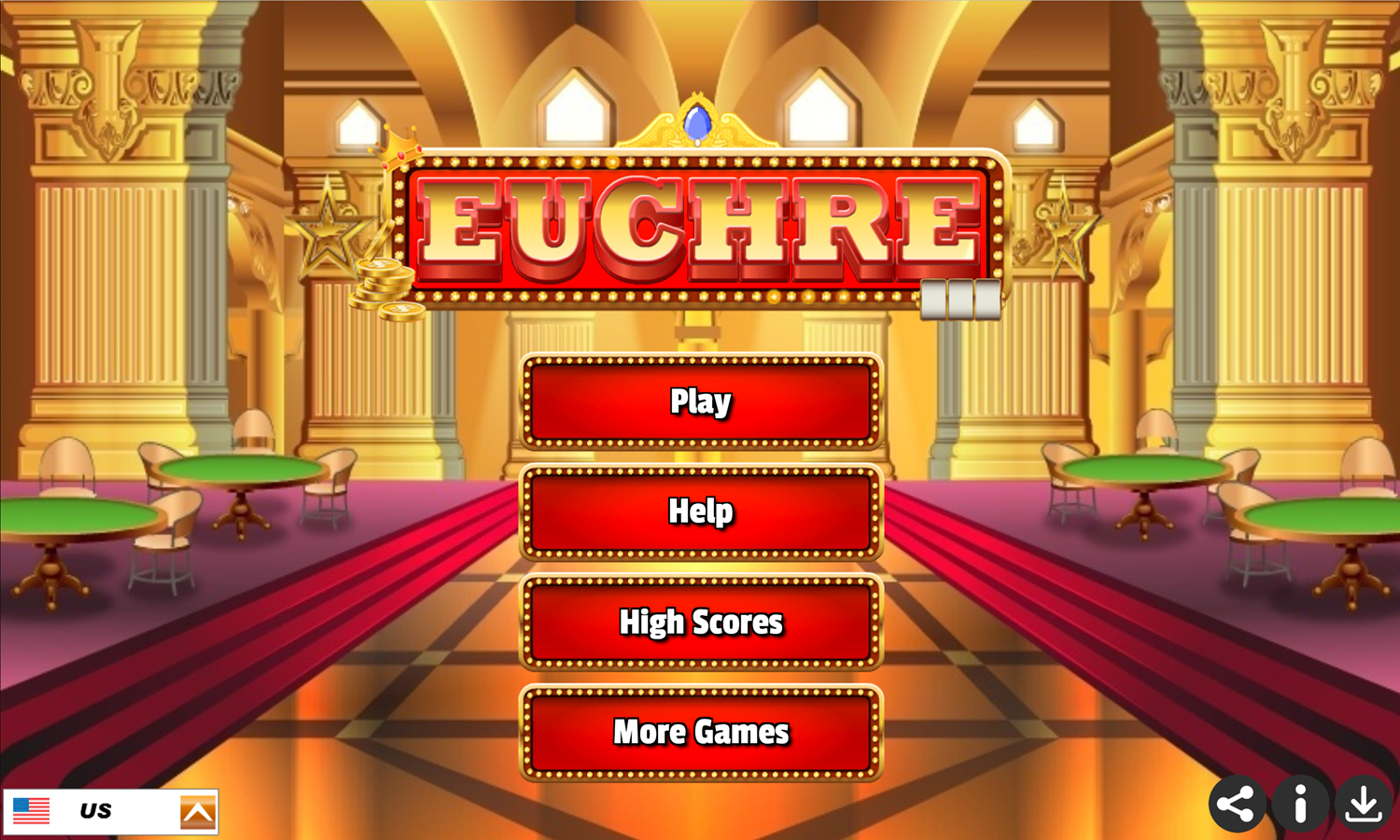 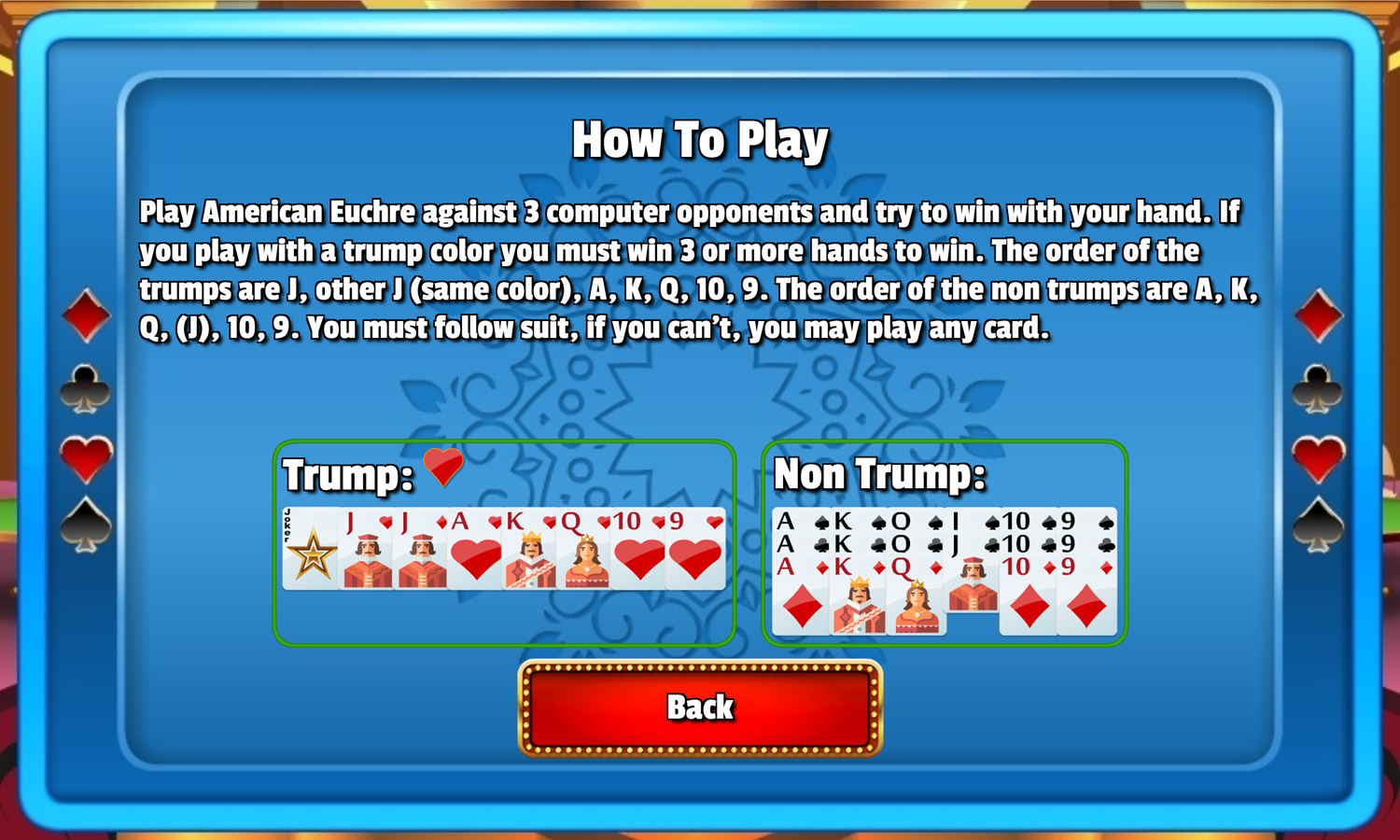 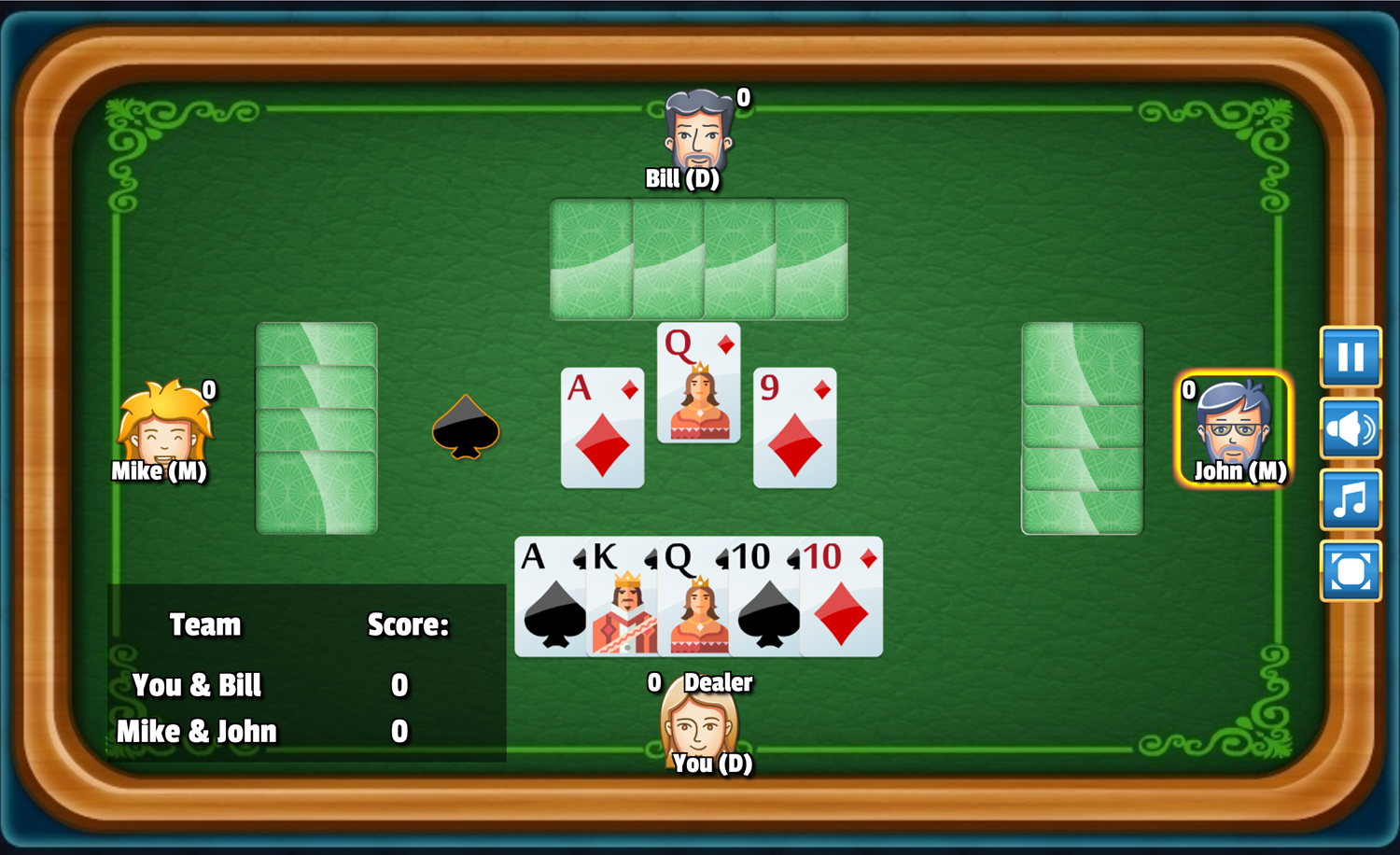 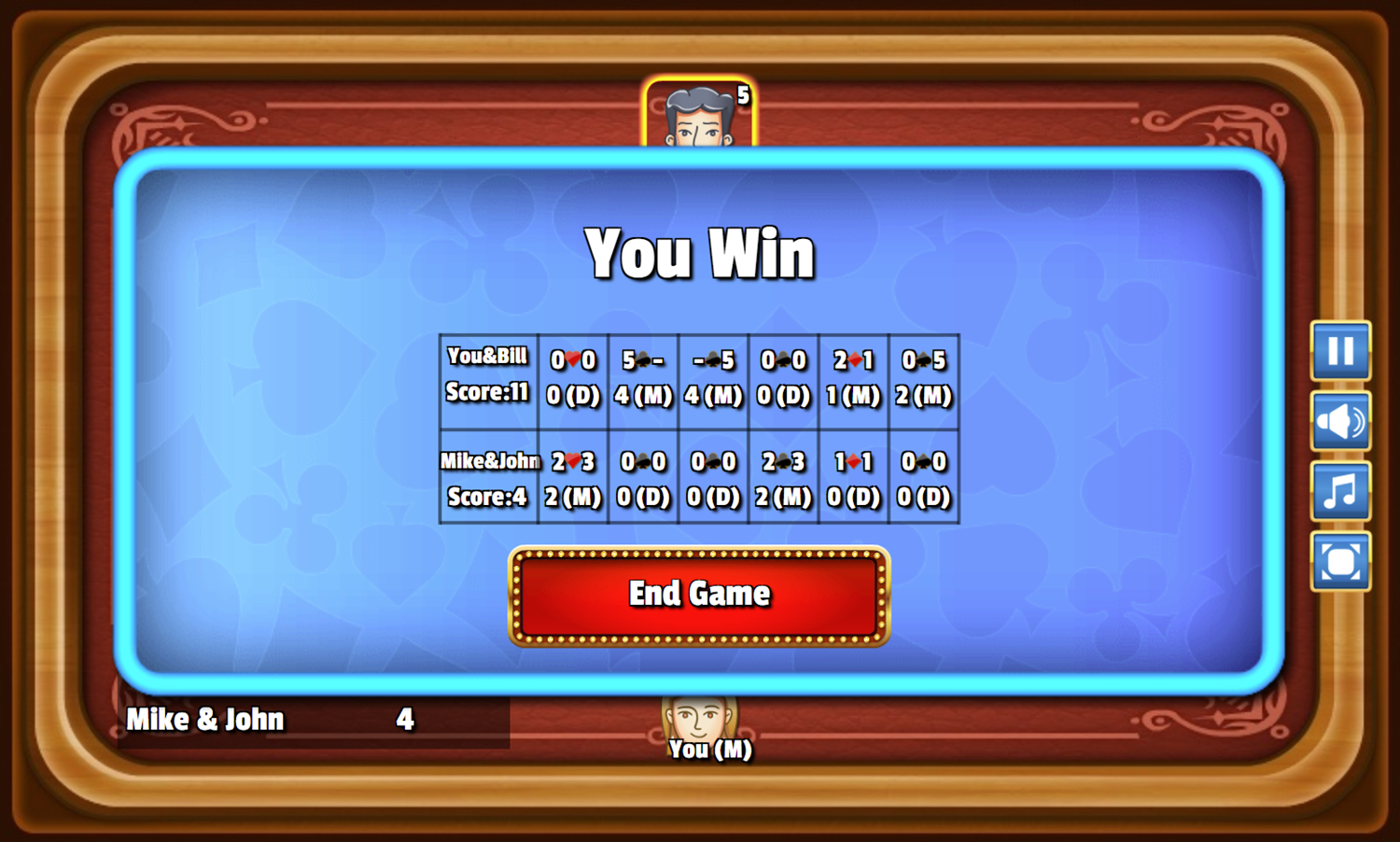 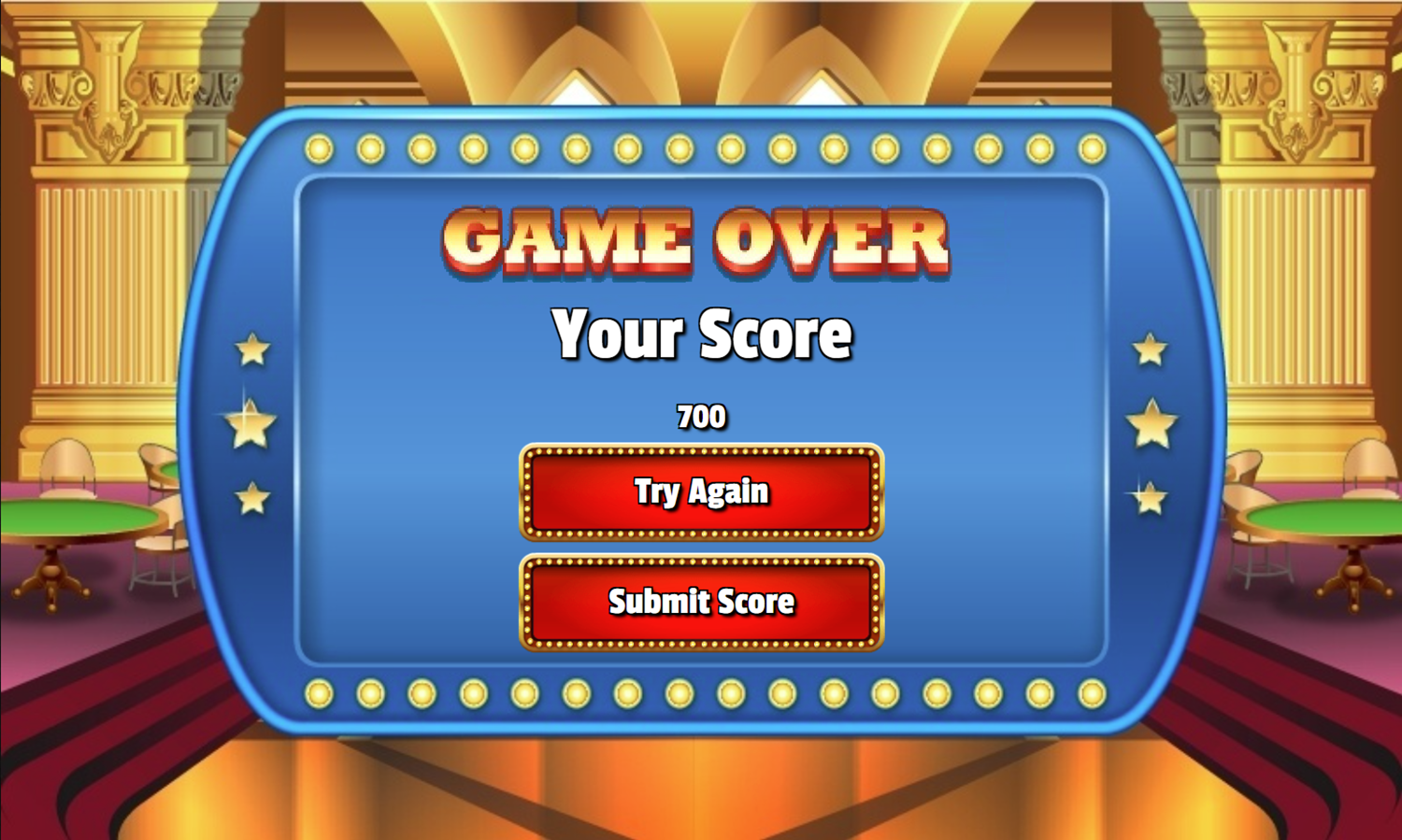