Yeehaw! Take out as many brain-eating varmints as you can. But be warned! You only have a few bullets on you!

Children and parents can play this zombie shooting game by clicking in the window below.

Alternatively kids and adults can play this bullet ricochet zombie shooter video game for free as a web application here.

Take out all the zombies in the level using a limited number of bullets. 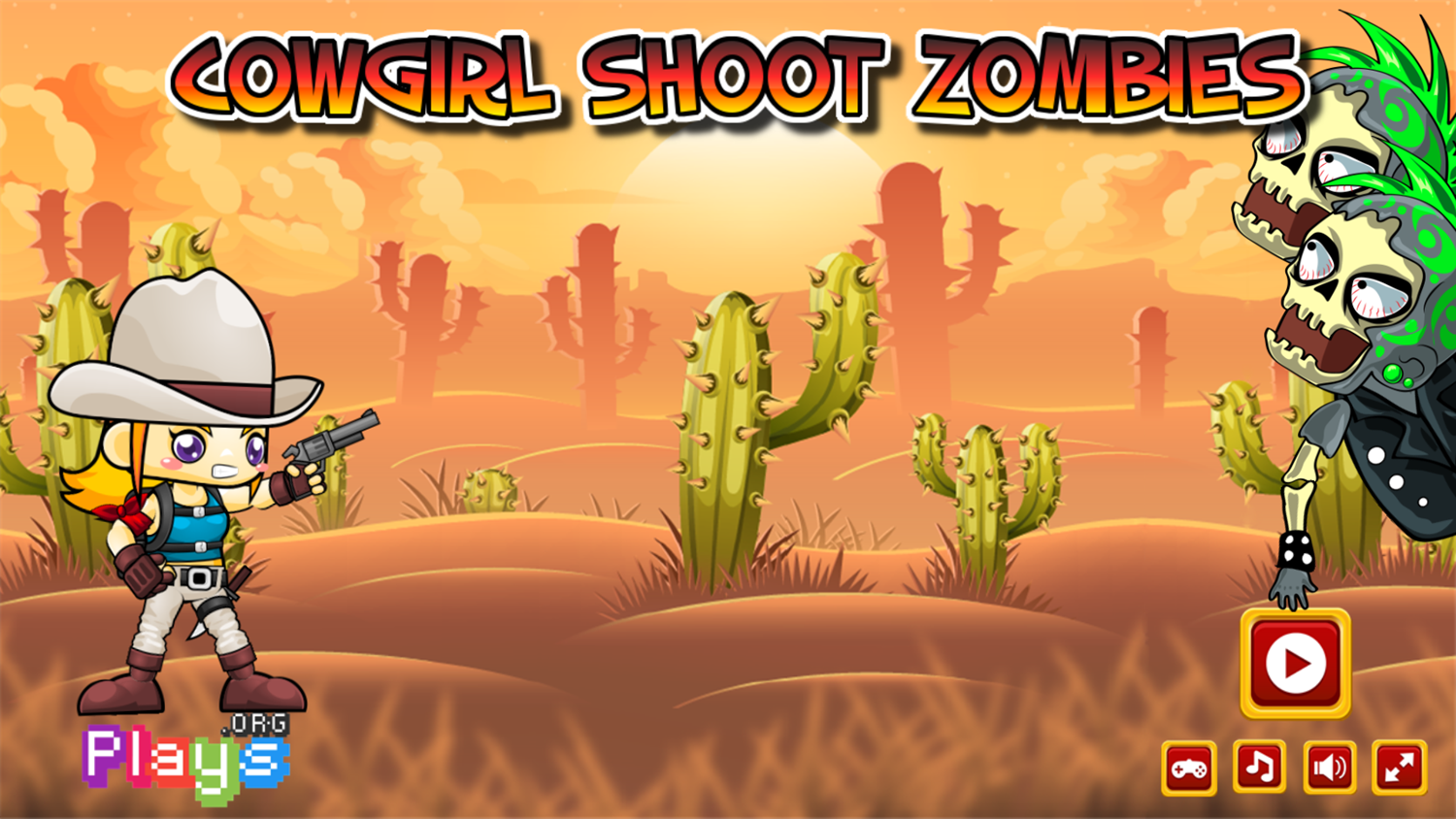 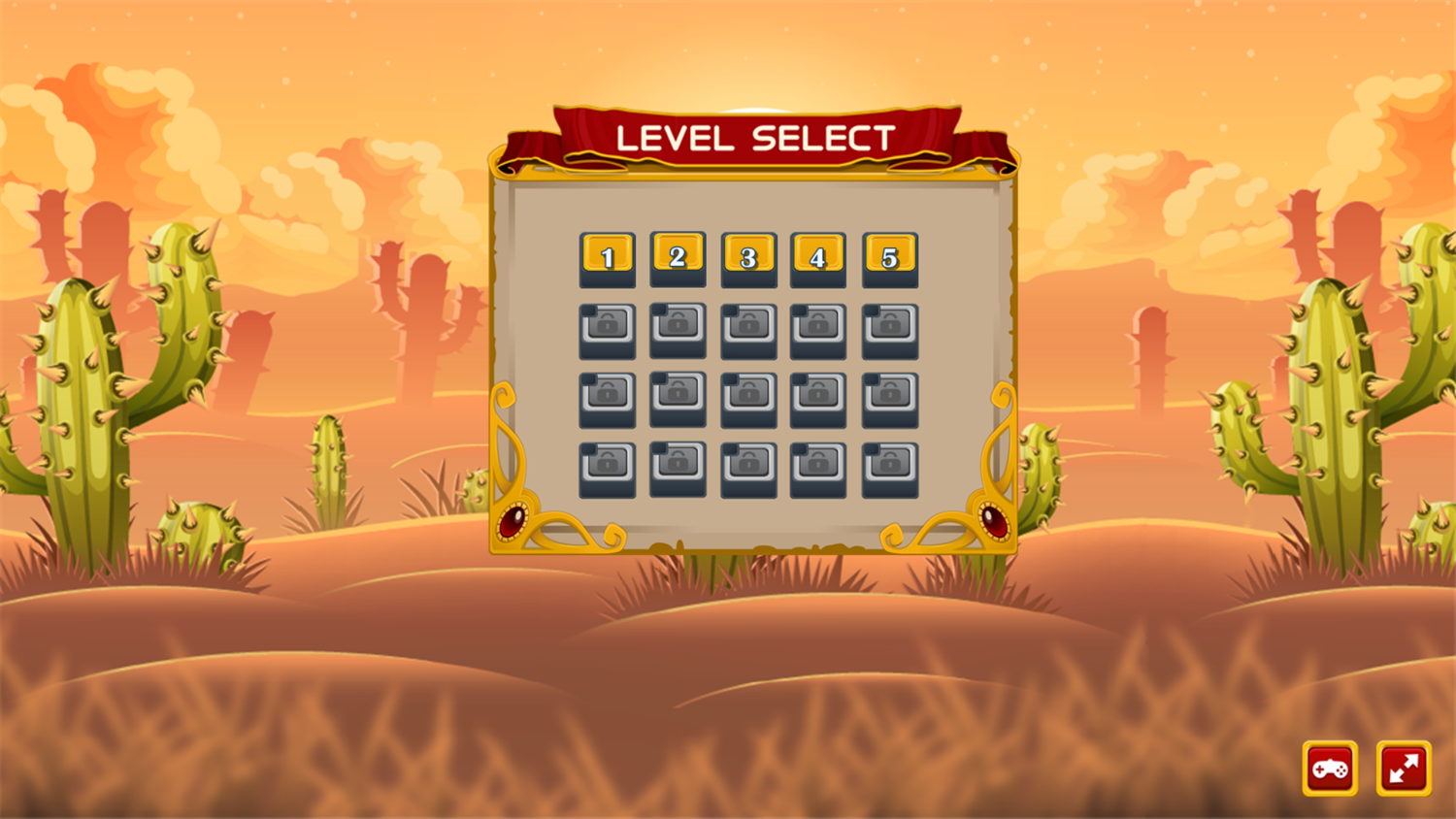 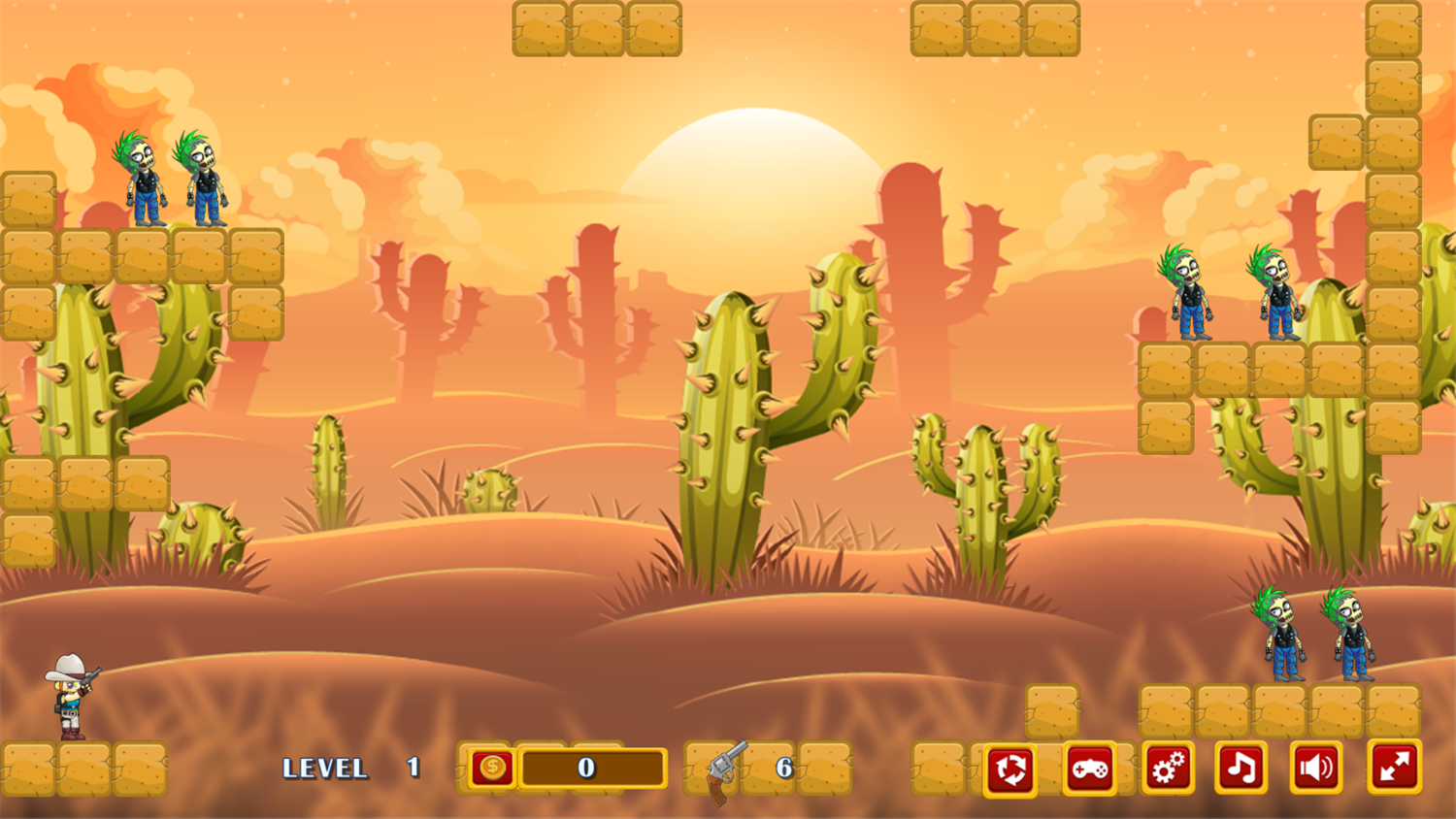 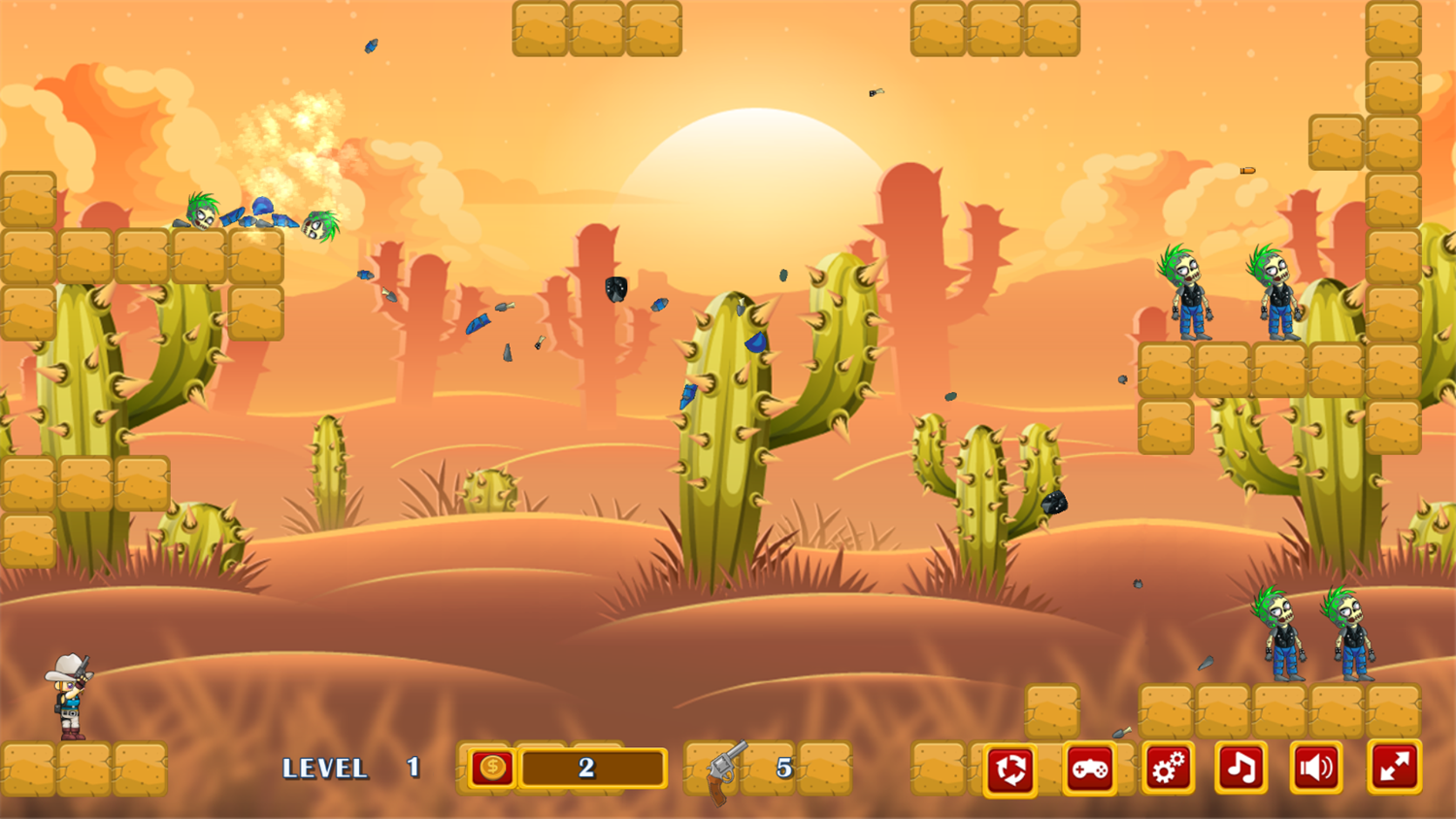 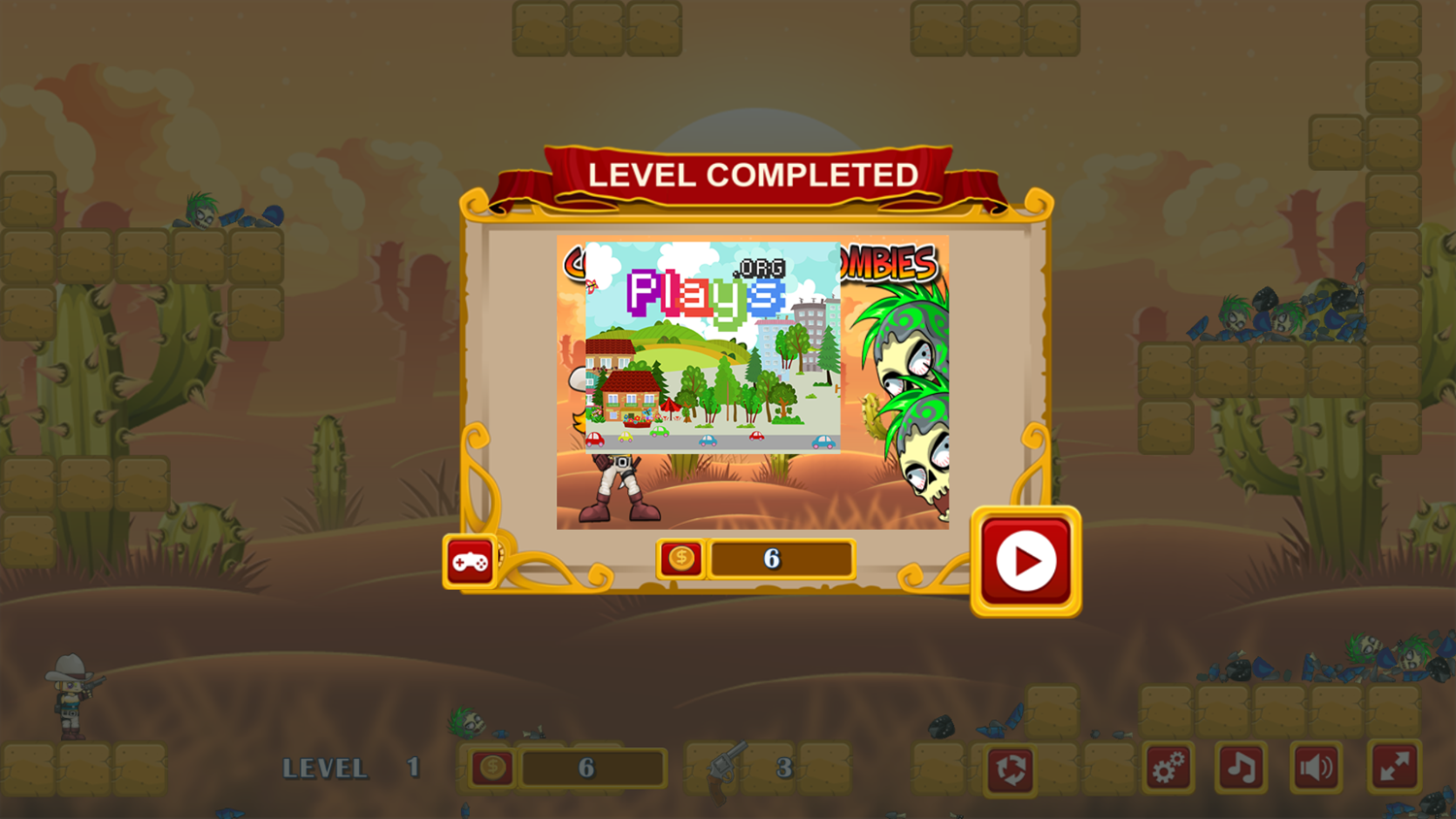 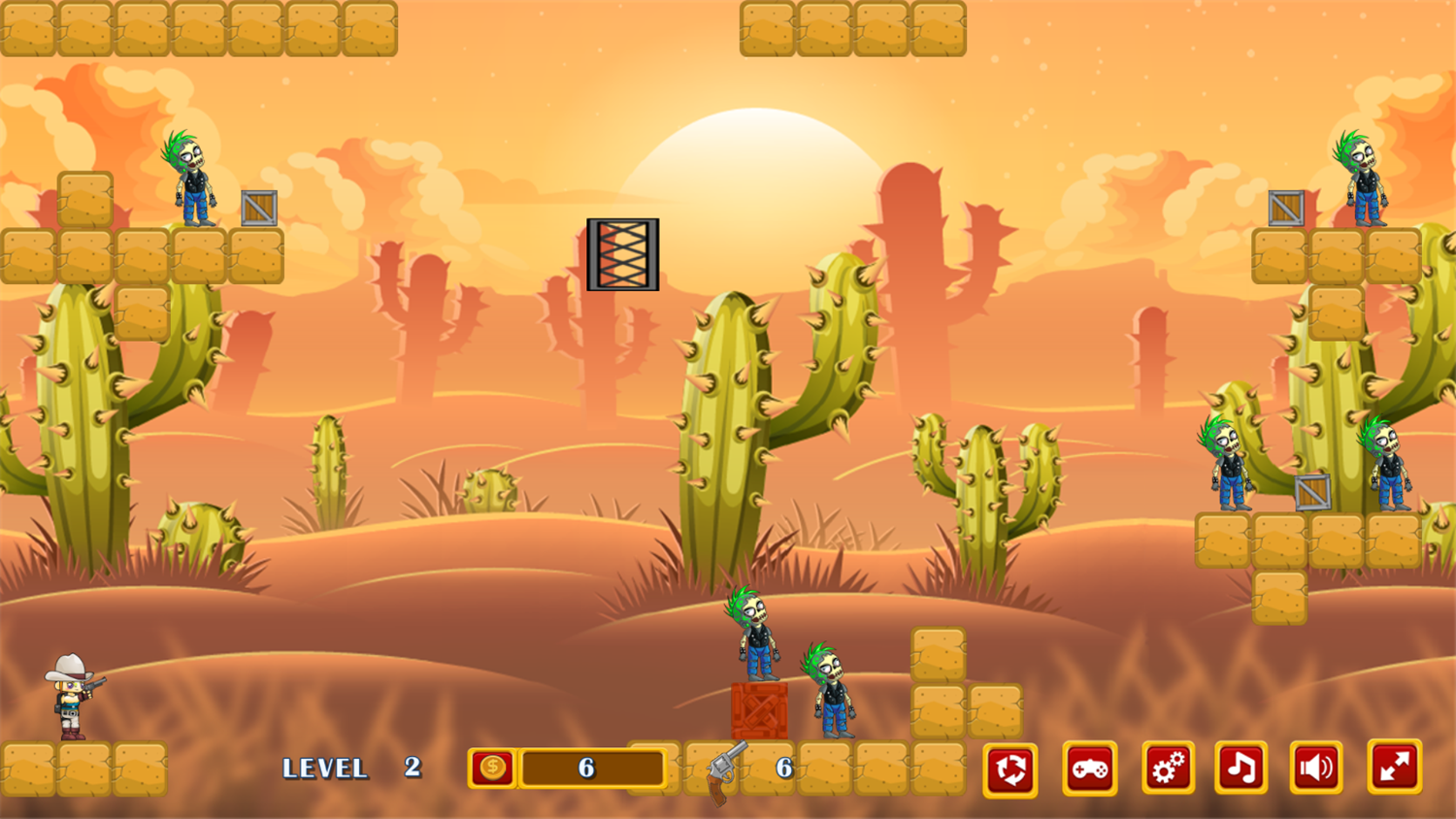 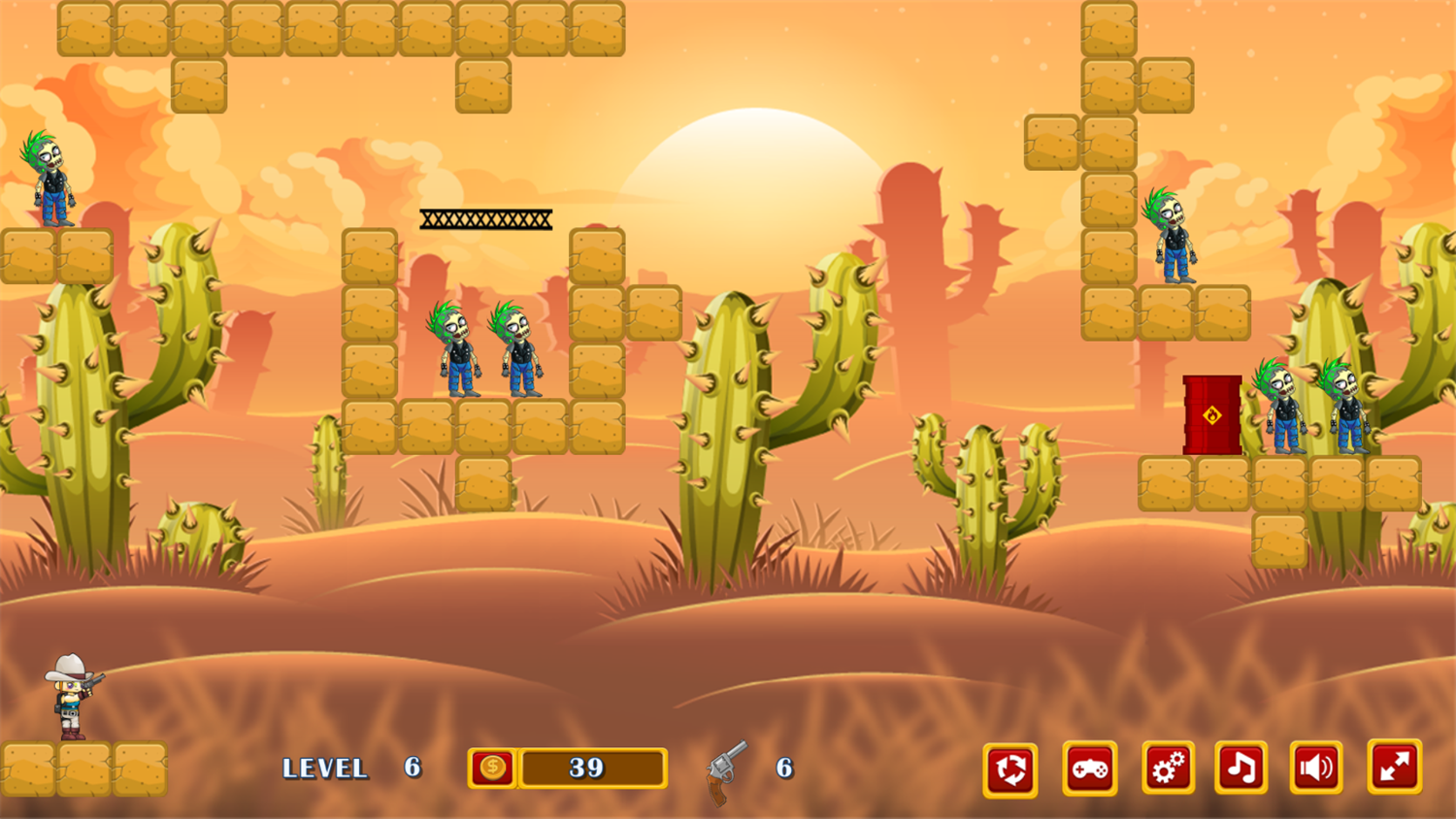 This game was published in these categories: Cowboy, Gun, Zombie. You can visit any of them to select other fun games to play.