Checkers for Kids Online Board Game vs Computer

This is a simple, classic checkers game. Play against the computer where each player attempts to capture your opponent’s pieces. Block your opponent’s moves and force them into mistakes to win the game.

Children and adults can play this simple, classic checkers game by clicking in the window below. This checkers game is exclusively against the computer AI player. If you would like to play a 2-player game of checkers check out Master Checkers.

Alternatively kids and adults can play this classic checkers game for free as a web application here.

A single checker can only move and jump forward. A kinged checker, which is a single checker that has reached the opponent’s end of the board, can move both forwards and back.

Like This Game? Review This Classic Online One Player Checkers Board Game 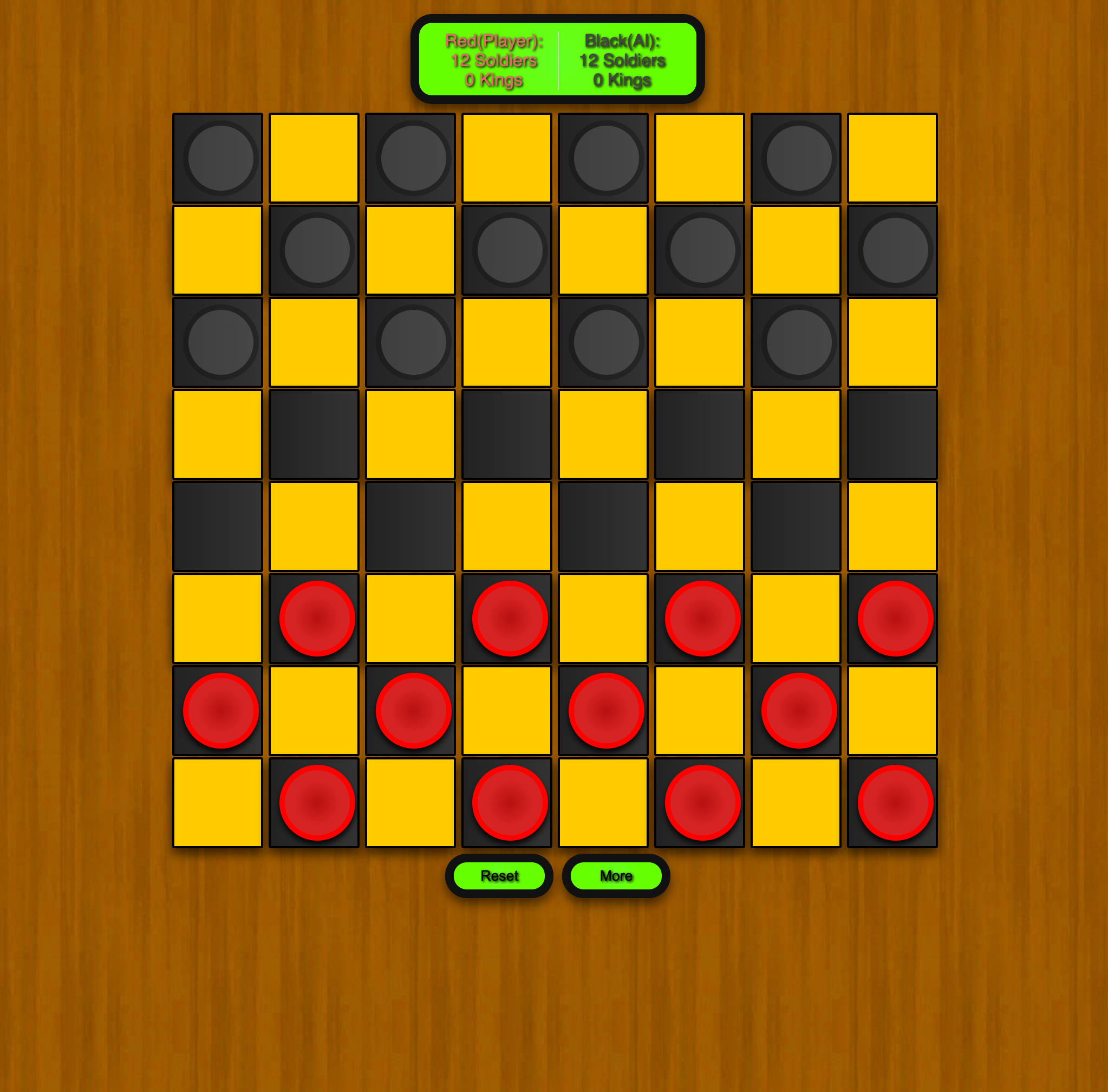 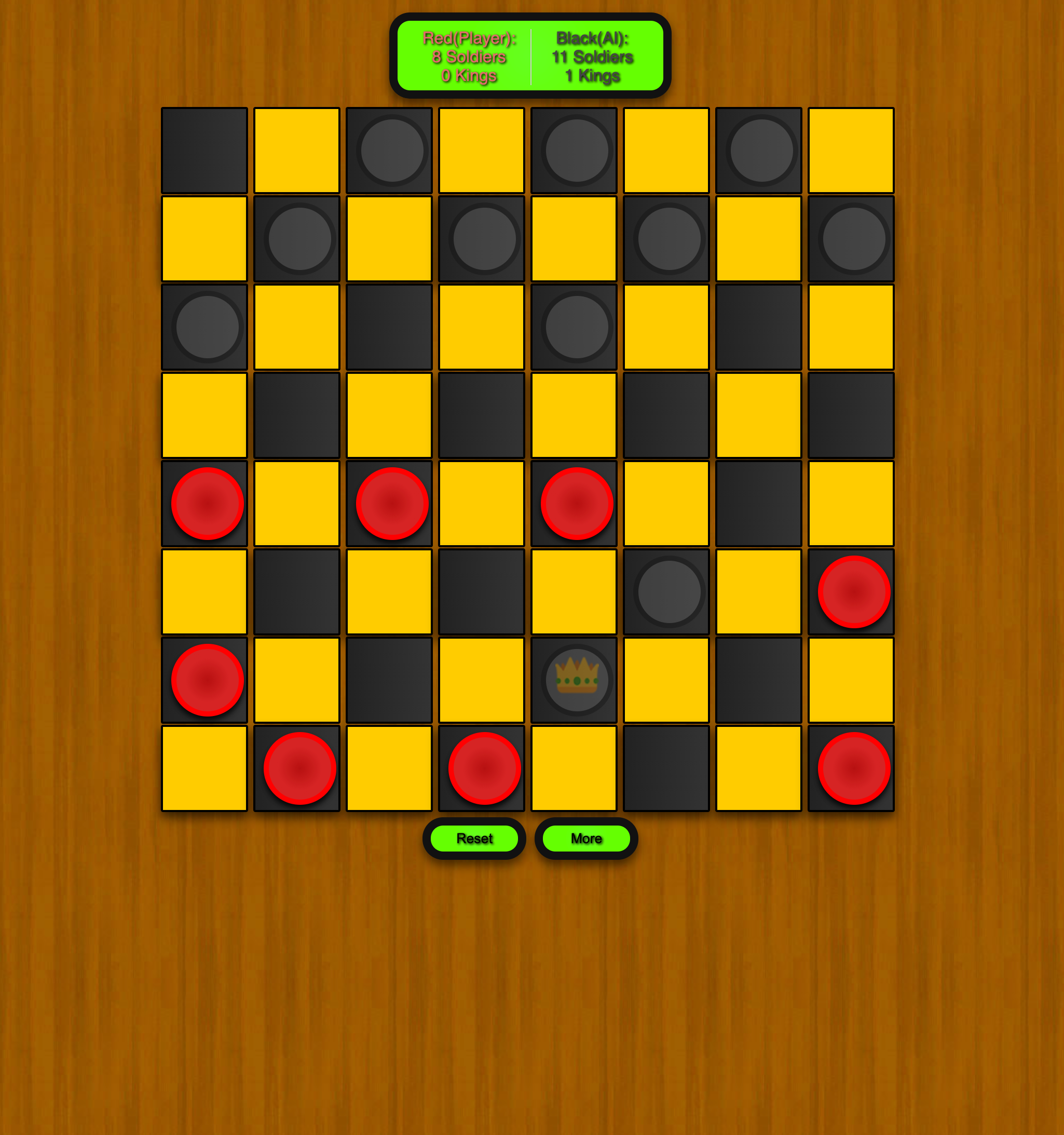 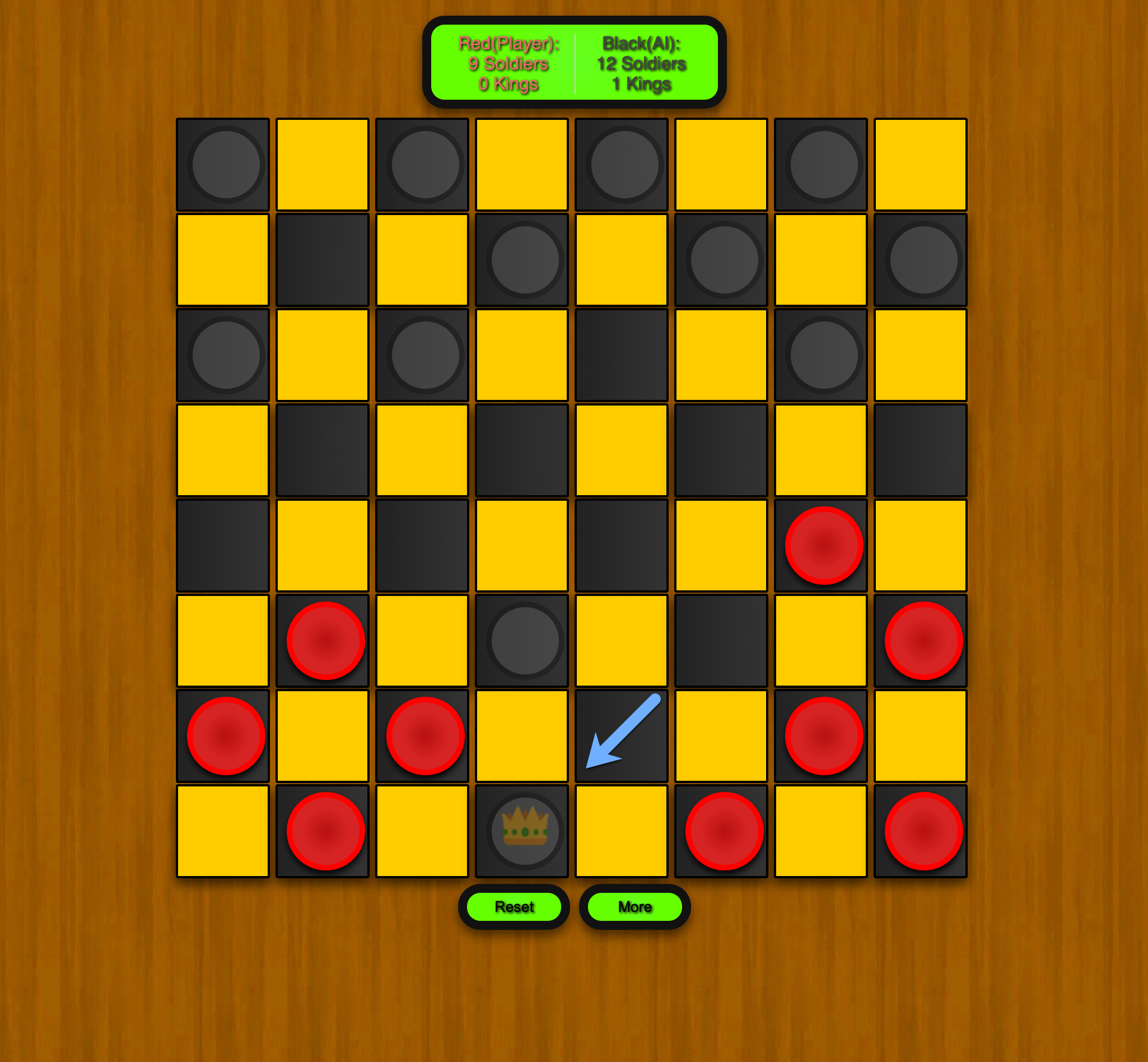 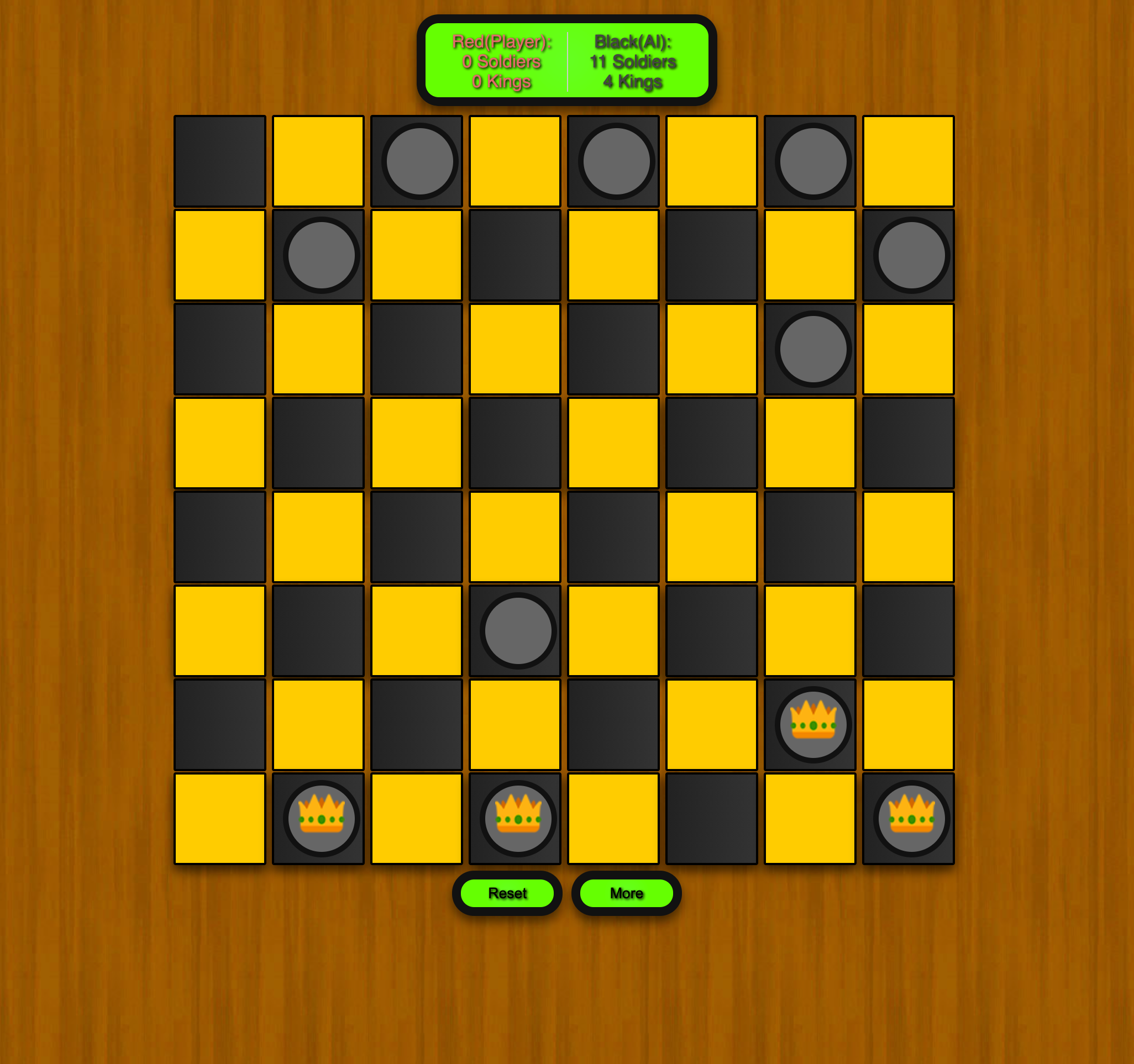