This is a Ben 10 version of a game inspired by the arcade classic Breakout. The game is fun while it works, though in some web browsers it gets stuck near the end of level 3 in story mode and level 4 in free play mode.

Children and parents can play this cartoon brick breaking game by clicking in the window below.

Alternatively kids and adults can play this modern remake of the arcade classic Breakout video game for free as a web application here.

Move Ben 10 left and right to keep the ball in play. Avoid enemy fire and break all the bricks on each level. Collect power ups to advance more quickly. 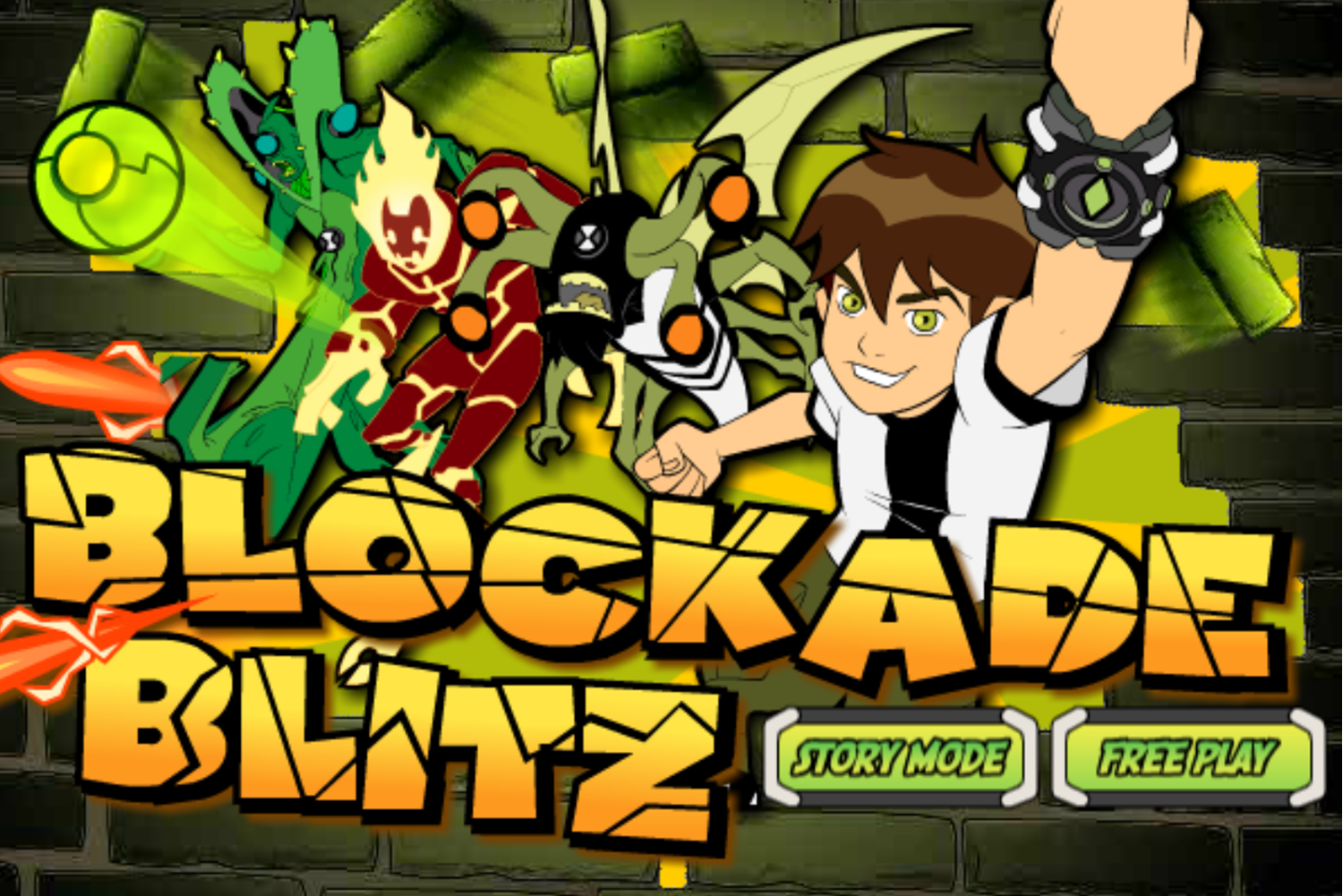 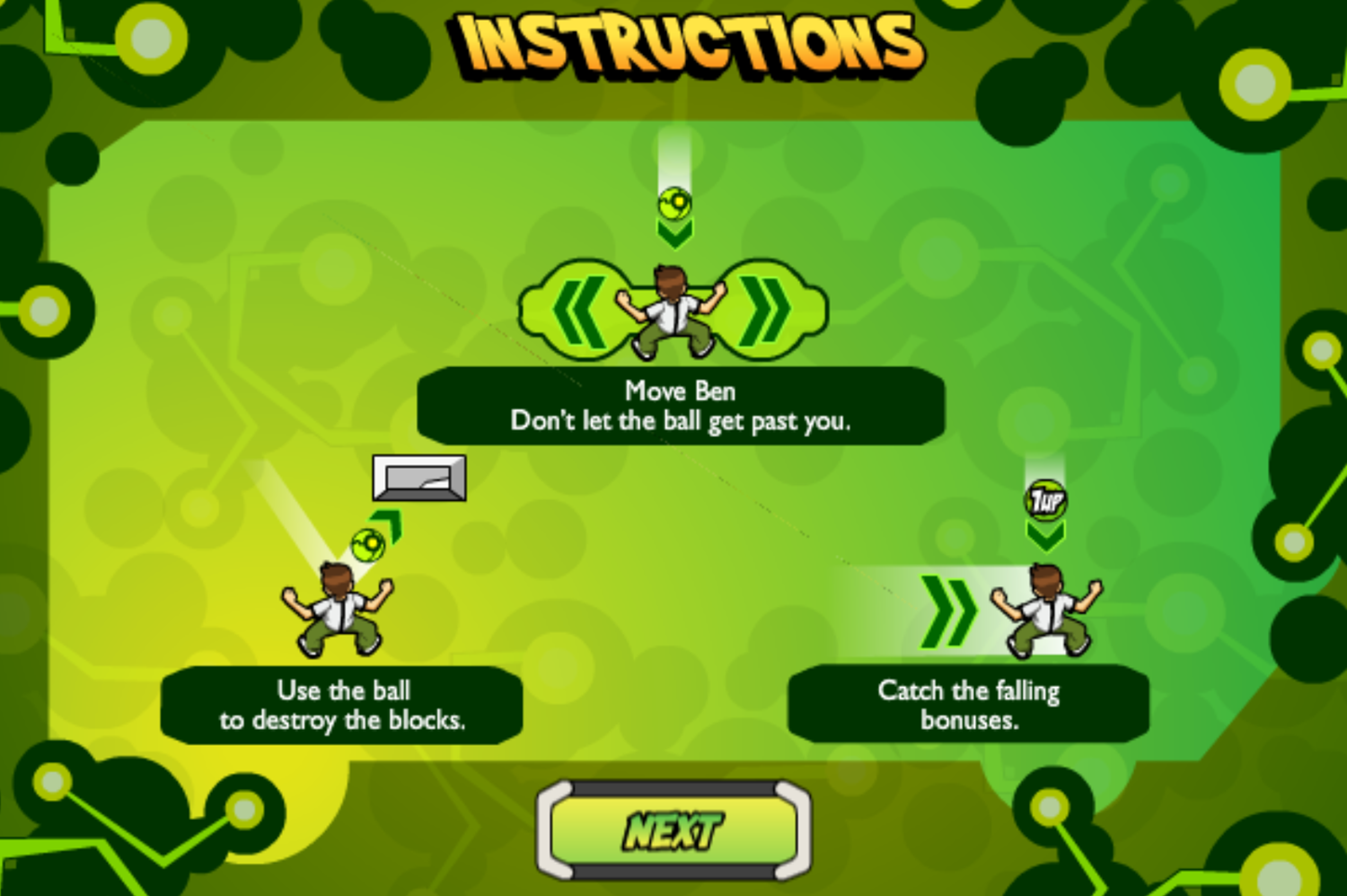 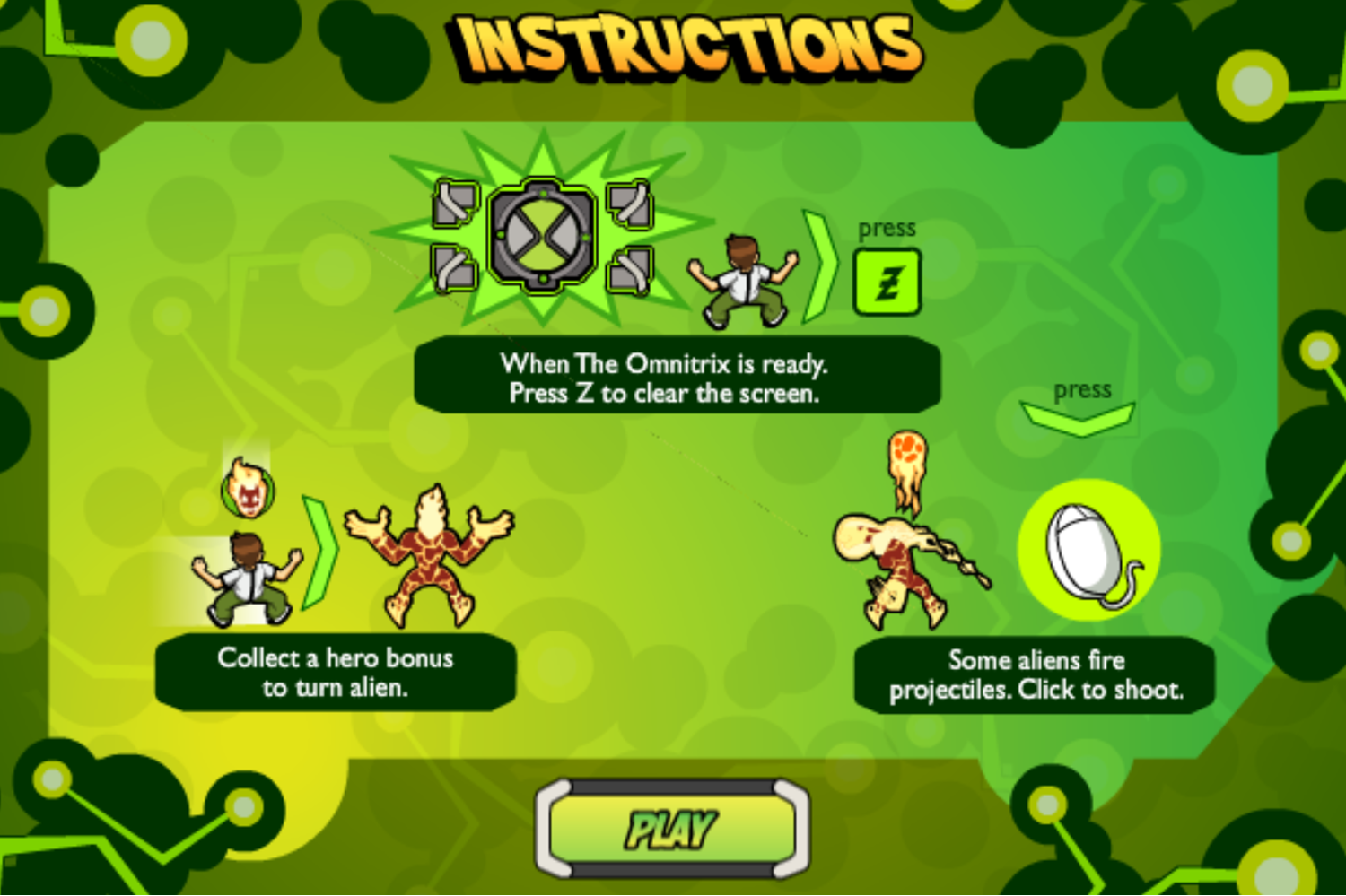 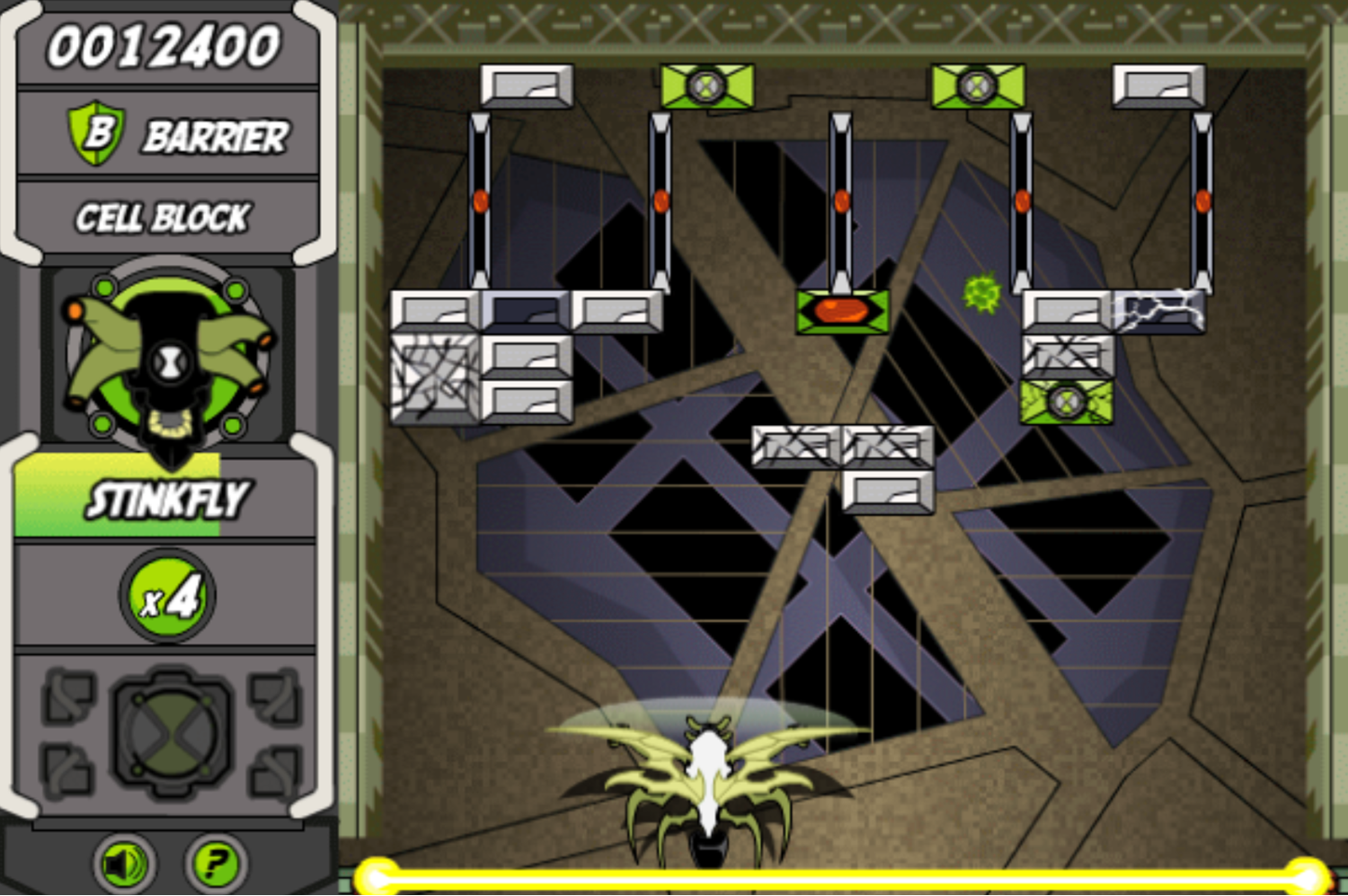 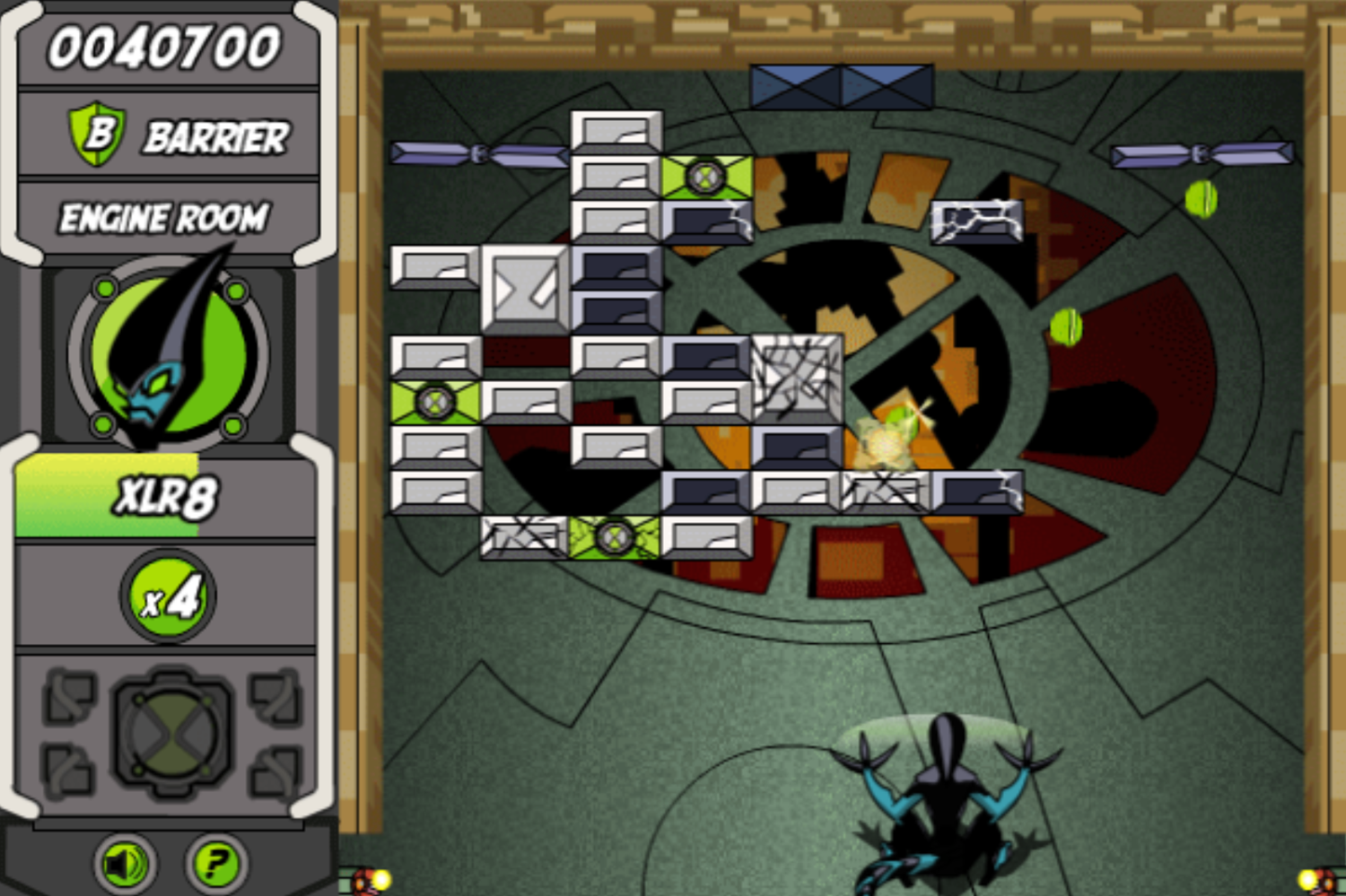 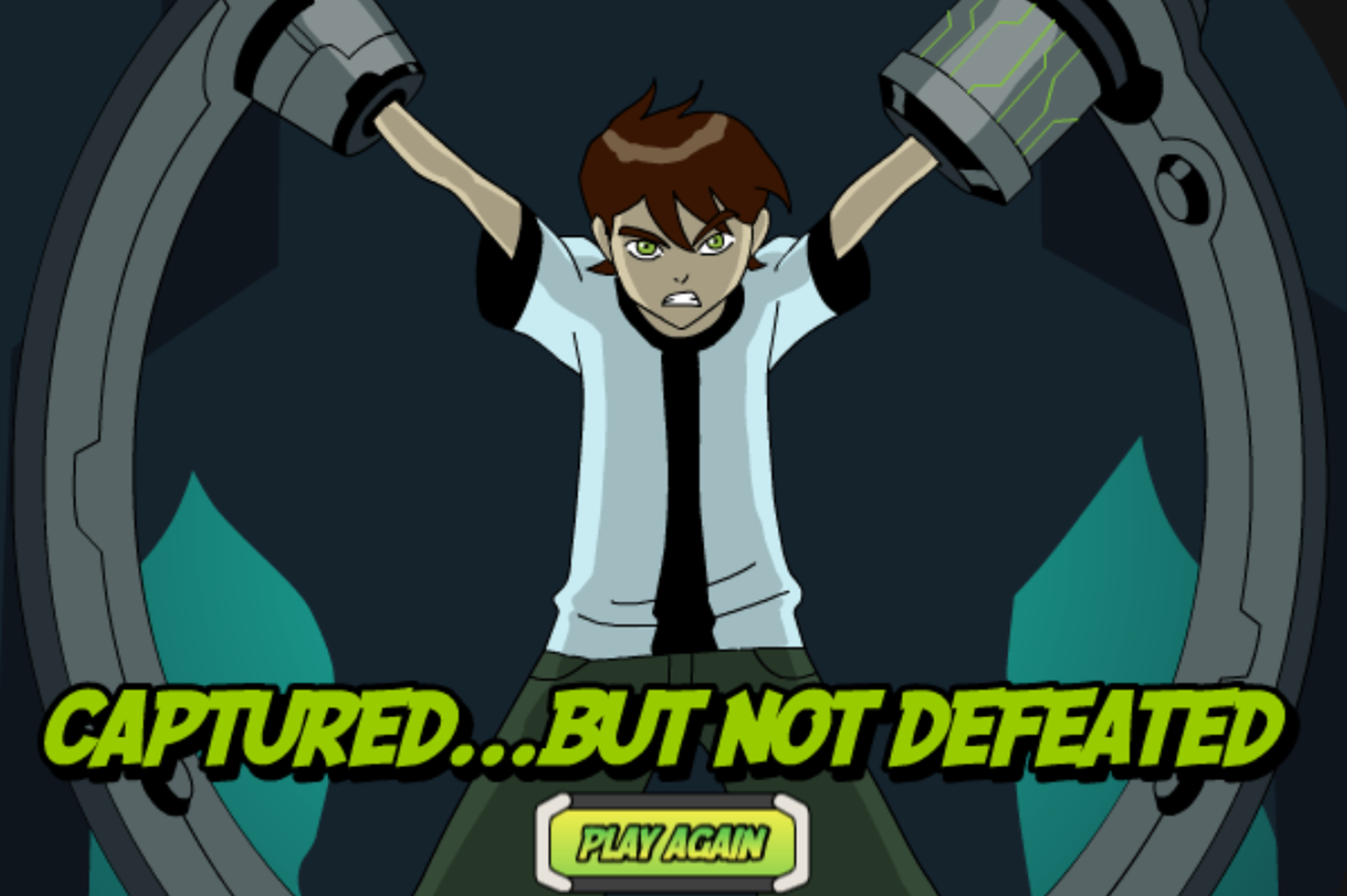 This game was published in these categories: Ben 10, Brick Breaker. You can visit any of them to select other fun games to play.