This is an exciting infinite sports running and dodging video game for kids and adults. Players must control the character left or right while continuously running on the field. Dodge standing and pursuing football players and make sure to outrun some crazy fans. Collect stars to fully charge the turbo meter in order to run faster. Run as far as you can and get the highest score possible.

Children and parents can play this infinite running and dodging video game by clicking in the window below.

Alternatively kids and adults can play this challenging endless running sports game for free as a web application here.

Control the character’s direction while running and avoiding other football players and/or fans present on the field. Collect 30 stars to run on turbo mode. Survive as long as possible and get the most points. 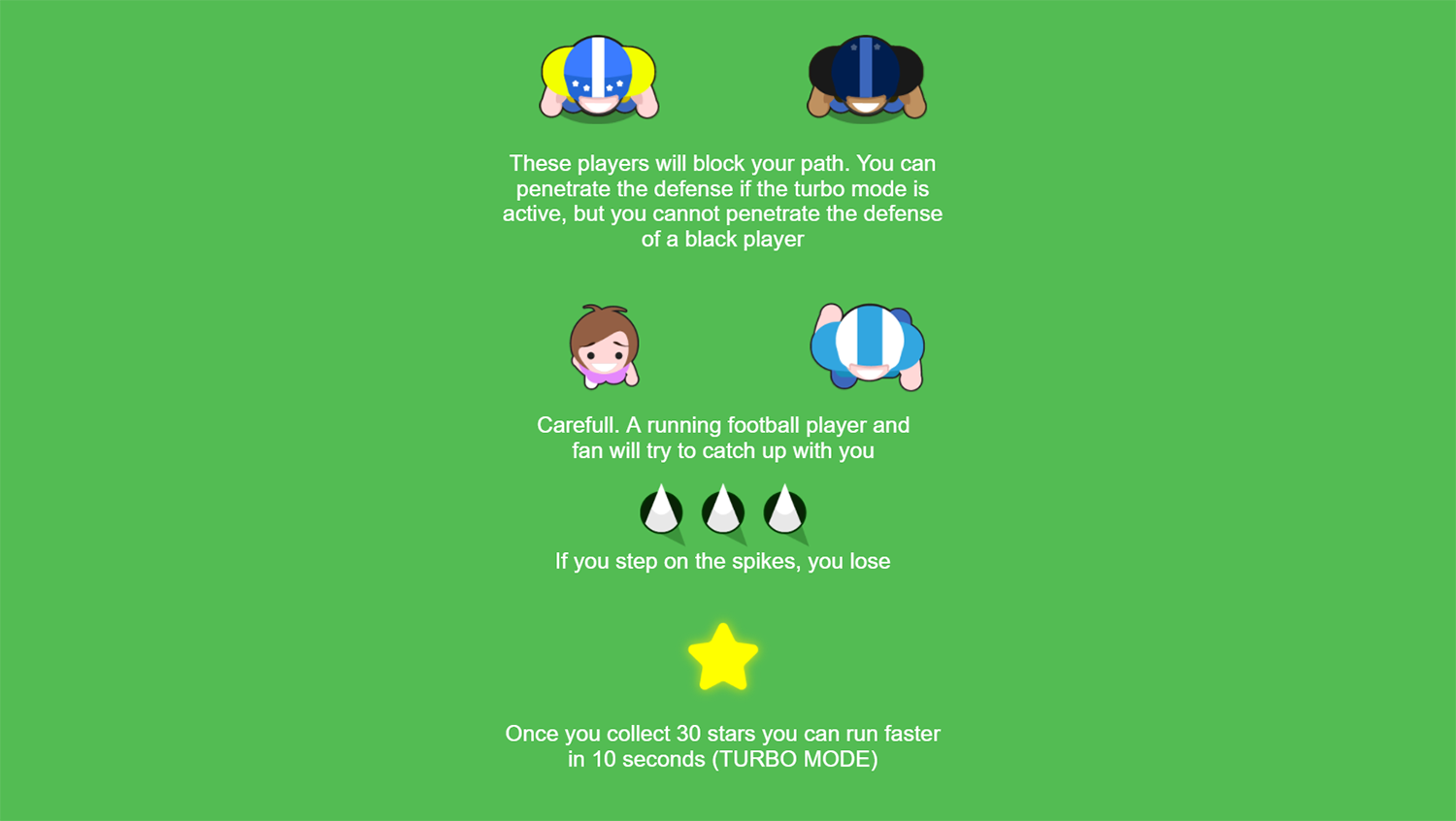 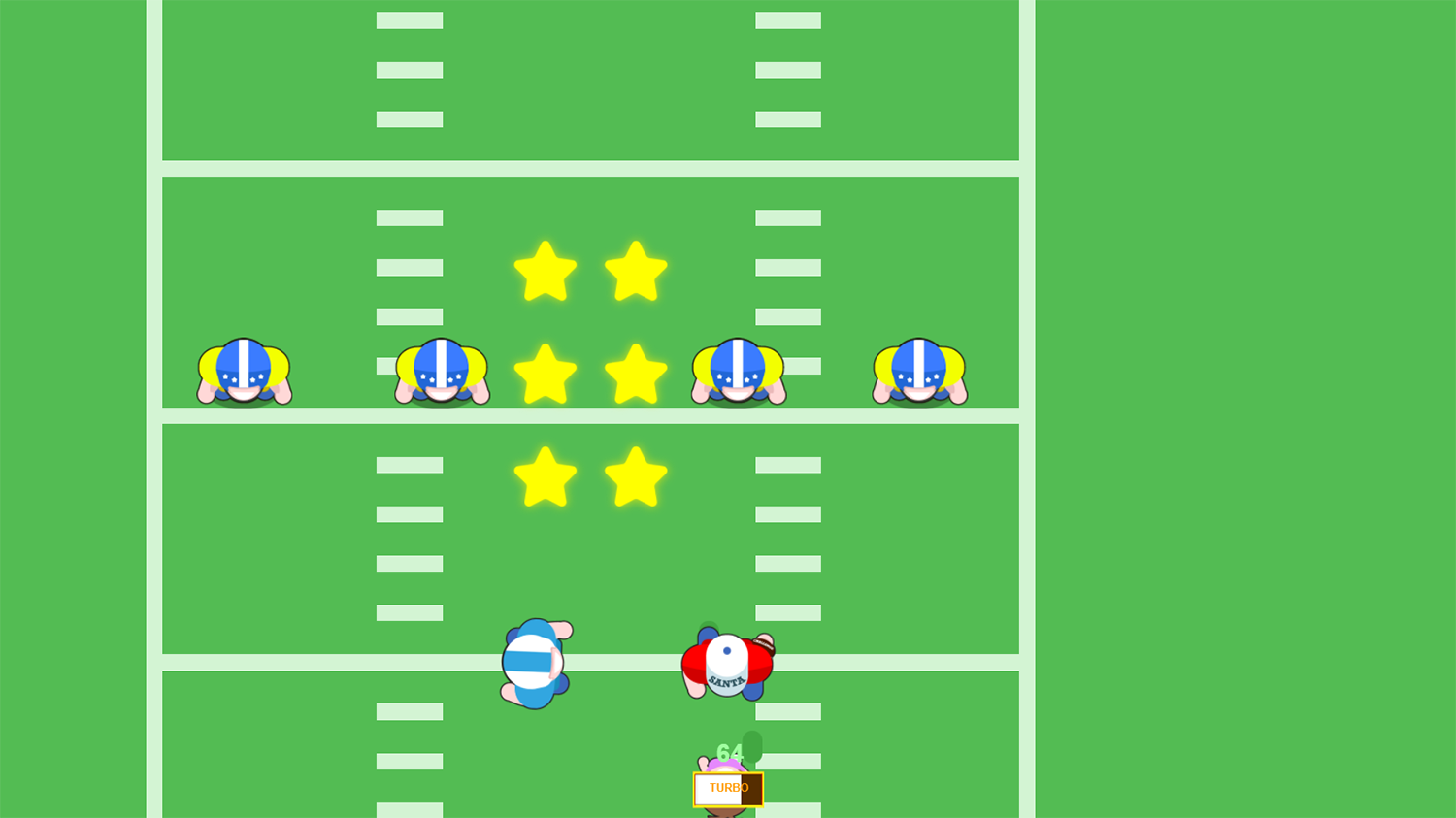 This game was published in these categories: Christmas, Football, Idle, Running. You can visit any of them to select other fun games to play.