Control Marceline to defend Finn and Jake from the Ice King’s penguins by strumming mean chords on your guitar.

Children and parents can play this simple guitar tap mobile rhythm game by clicking in the window below. We are troubleshooting this game playing in Microsoft Edge, but it should work in most other web browsers like Mozilla Firefox & Google Chrome.

Alternatively kids and adults can play this music battle game for free as a web application here.

Play your guitar to send out sound waves warding off penguins & avoid getting hit by the Ice King’s magic attacks.

Like This Game? Review This Online Rock and Roll Battle Game for Young Girls & Boys 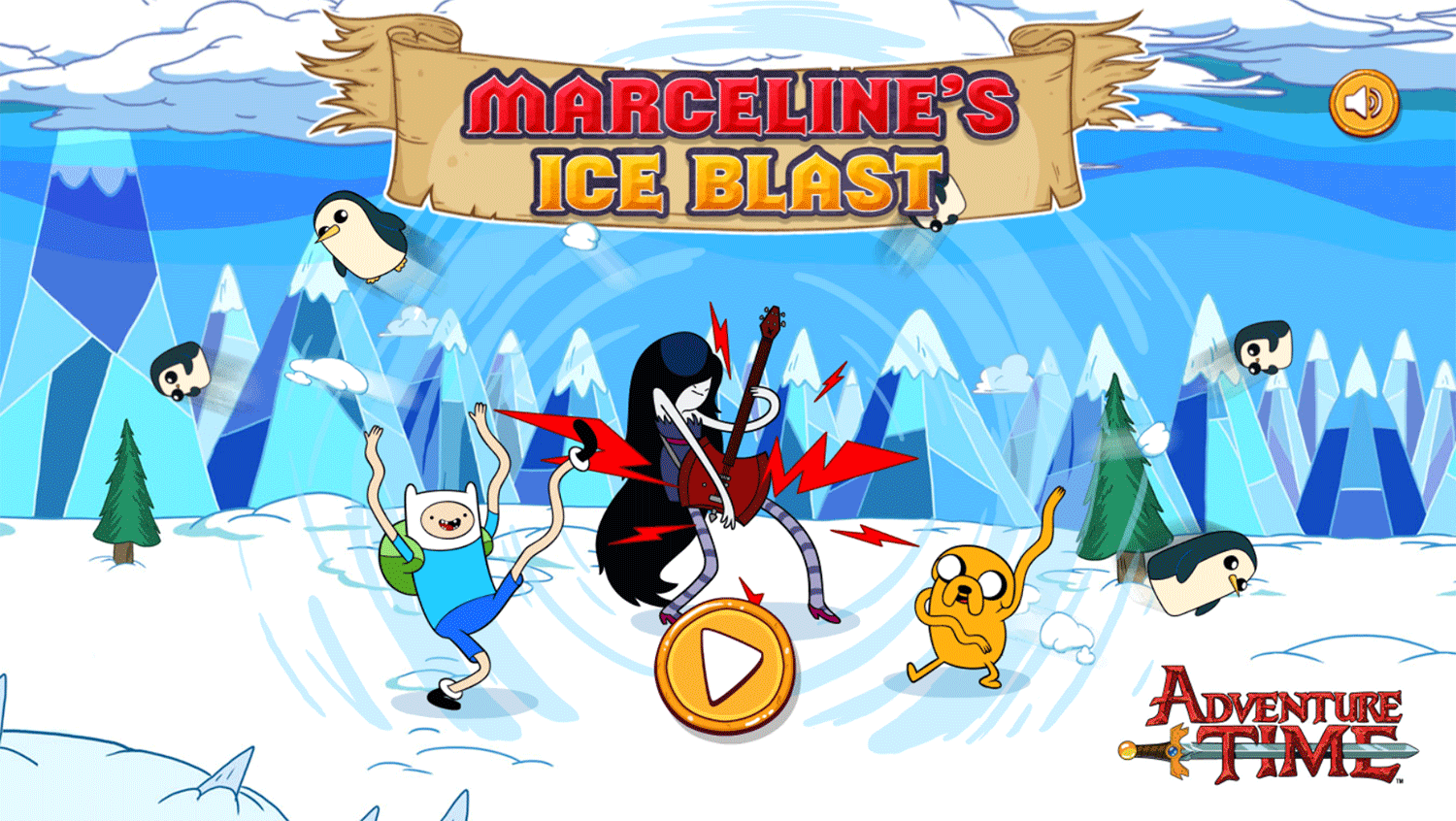 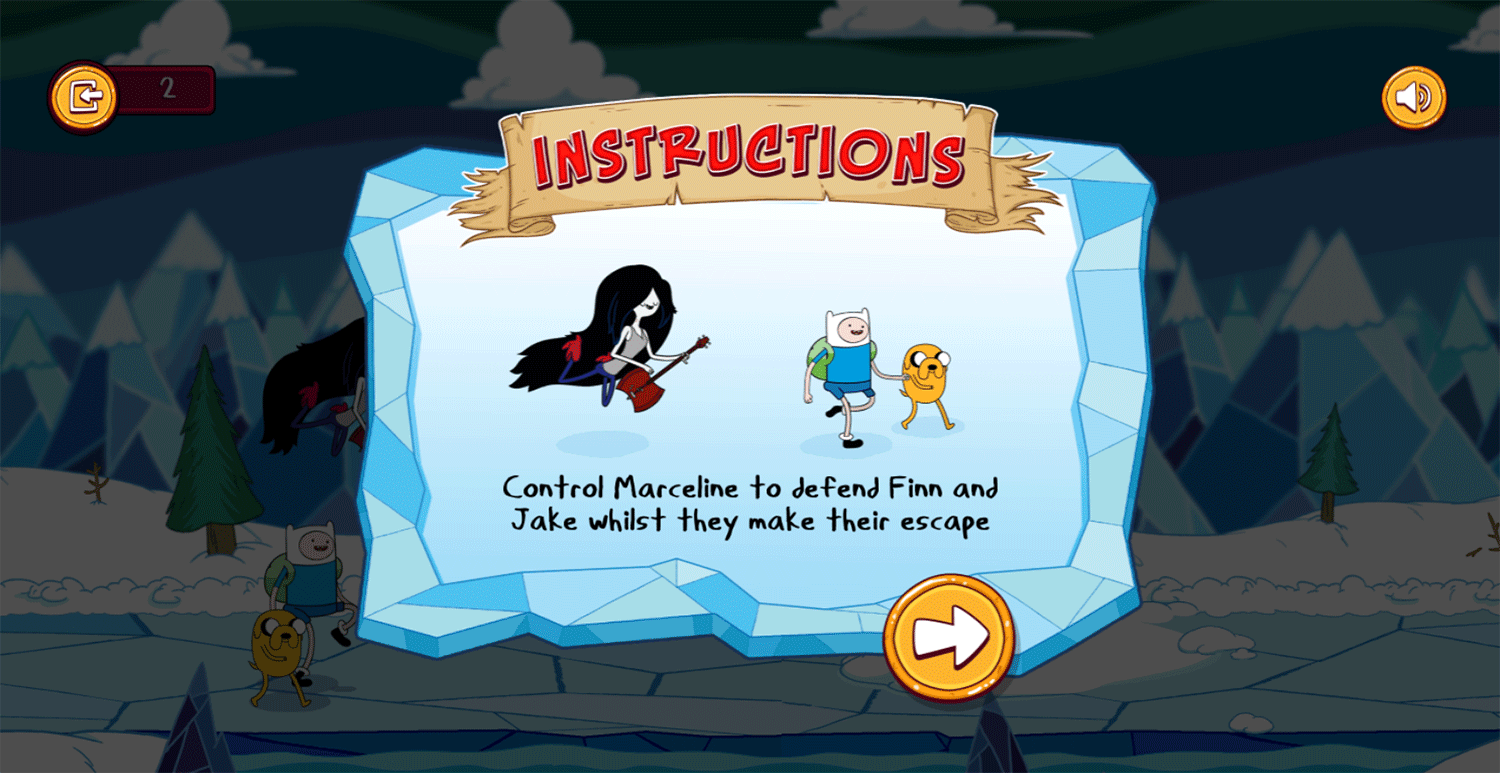 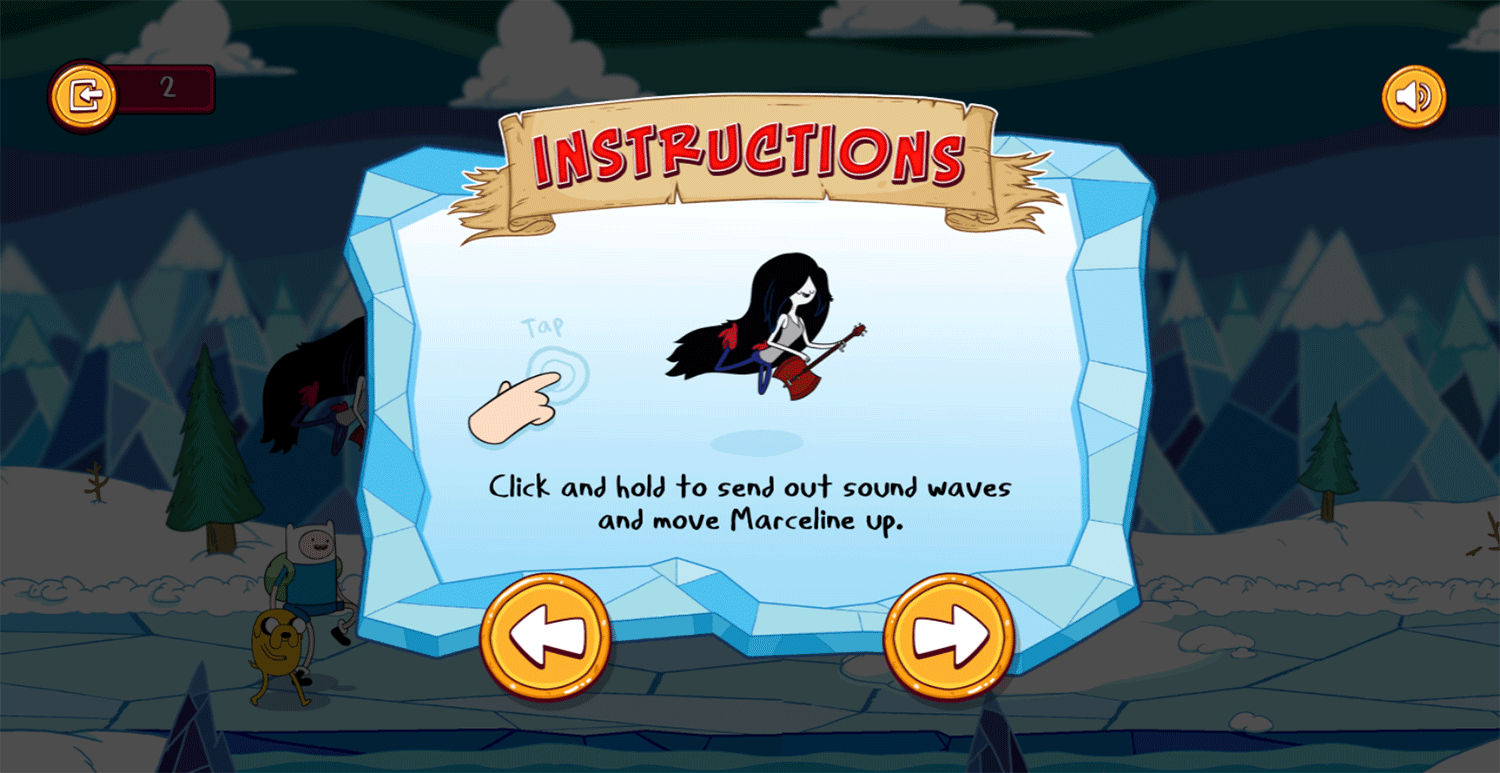 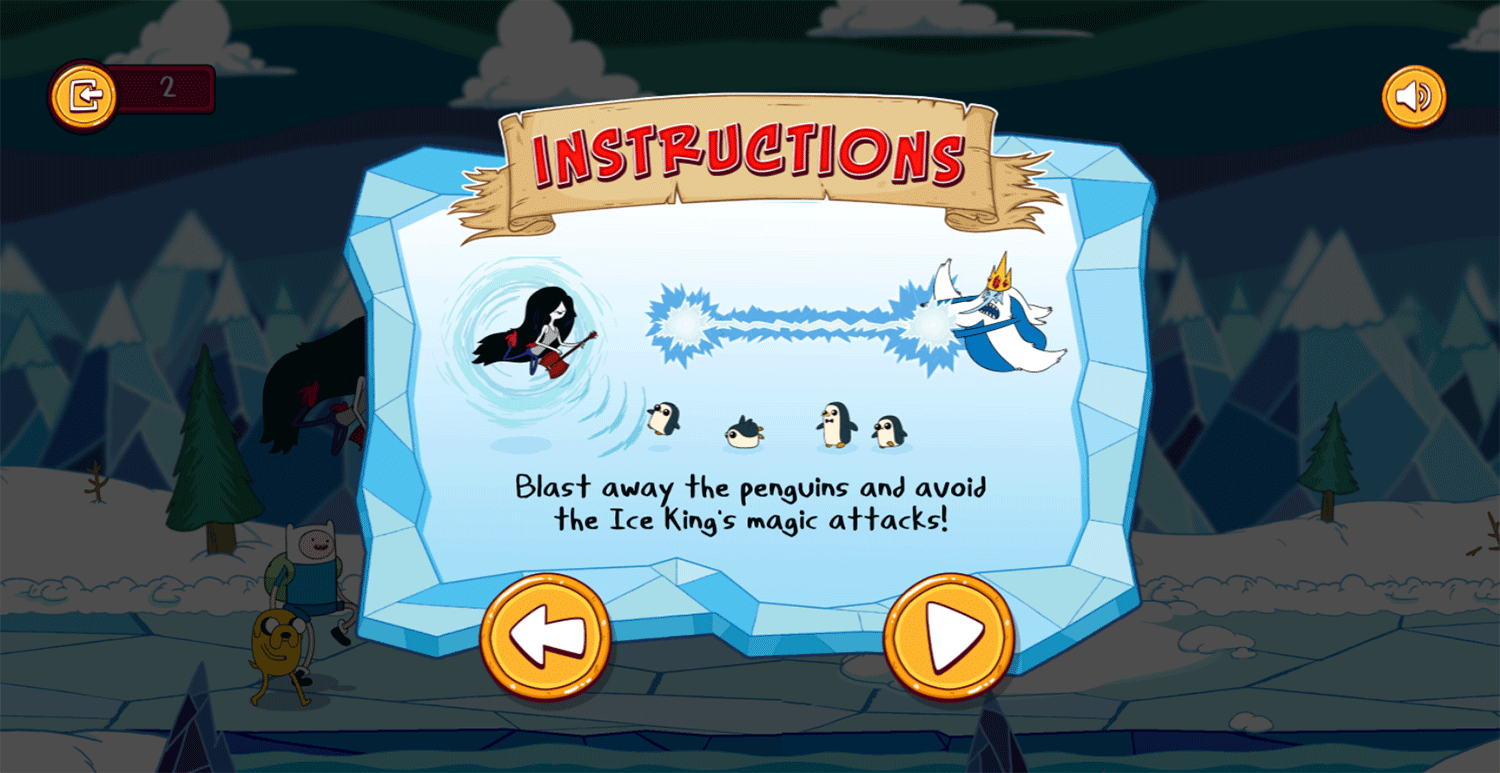 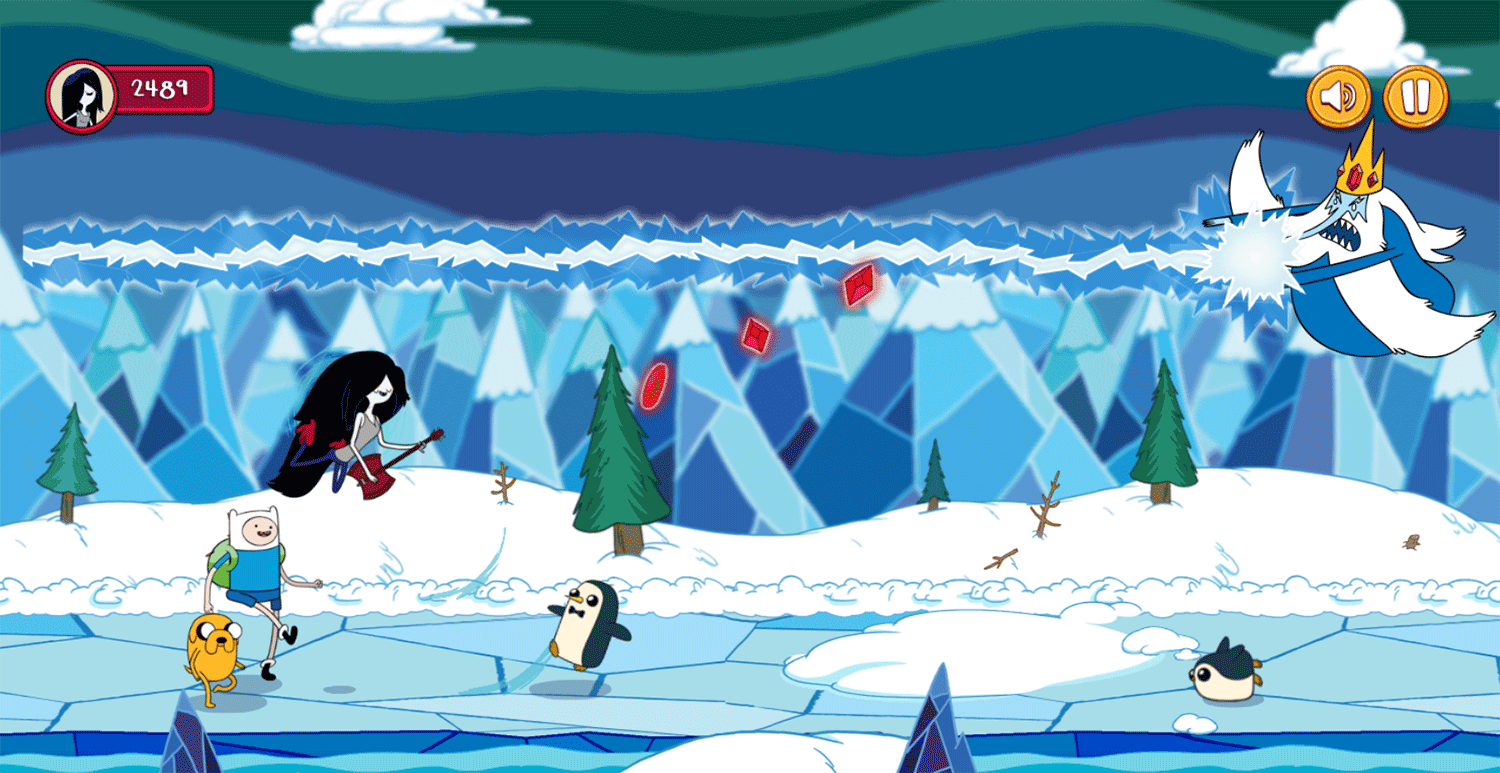 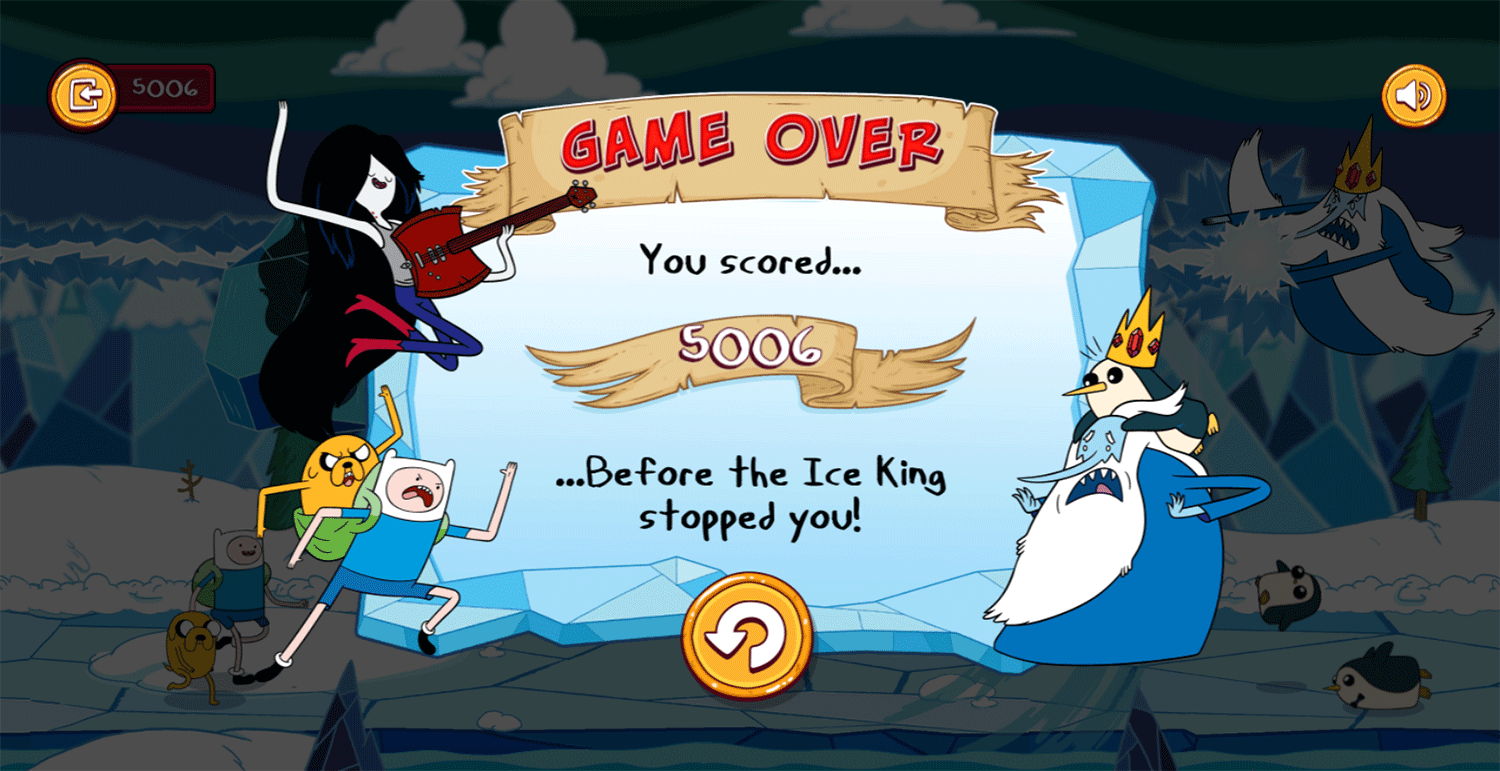 This game was published in these categories: Adventure Time, Music, Tap. You can visit any of them to select other fun games to play.