It’s time to take out the walking dead. As a lone cop, take out as many zombies as you can. But you’ve got a big problem on your hands. You can only shoot at them safely from the most inconvenient of places. This calls for a little brainpower.

Children and parents can play this zombie shooting game by clicking in the window below.

Alternatively kids and adults can play this level destruction physics shooting video game for free as a web application here.

Take out as many zombies as you can by bouncing bullets across the level. 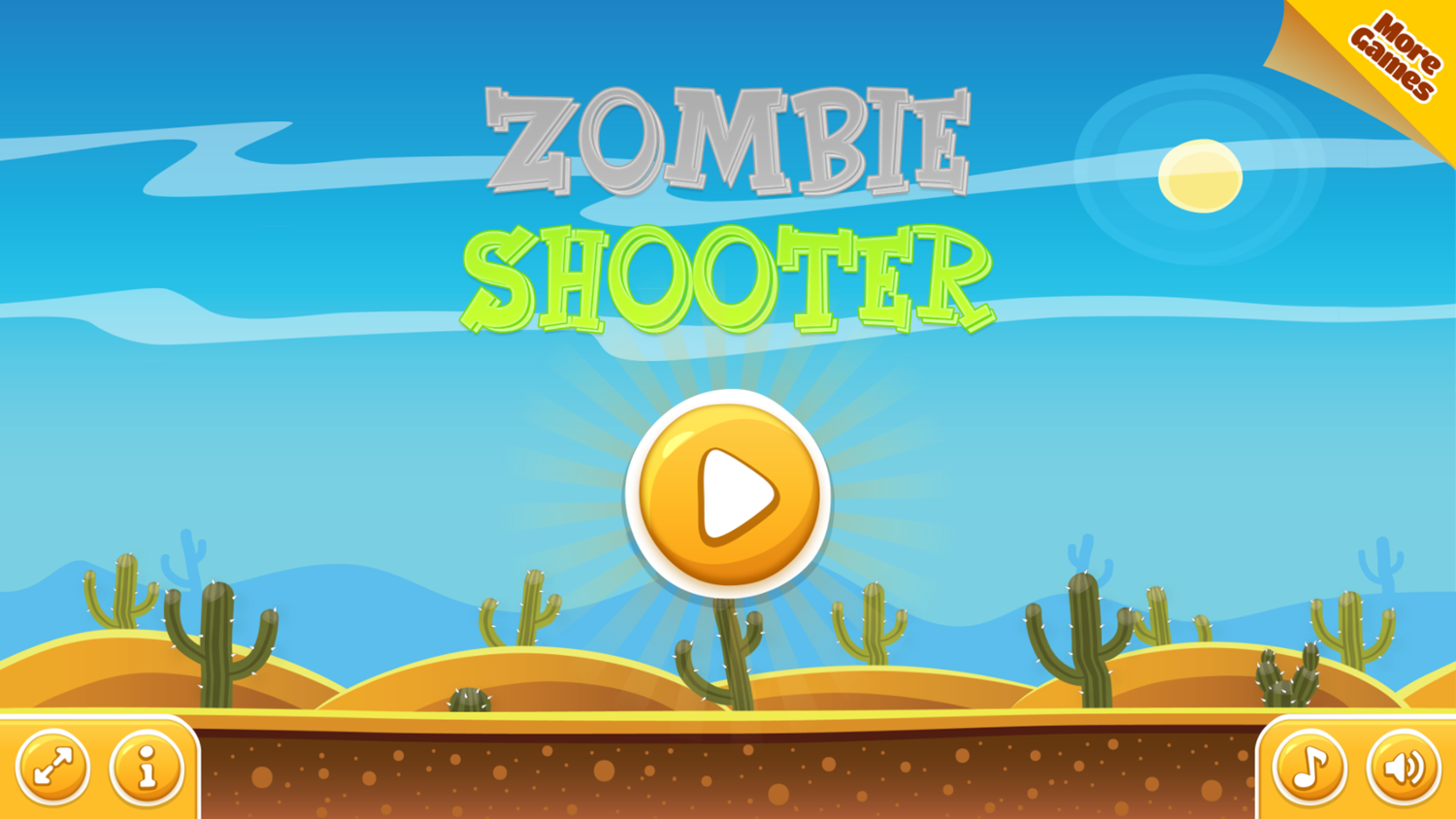 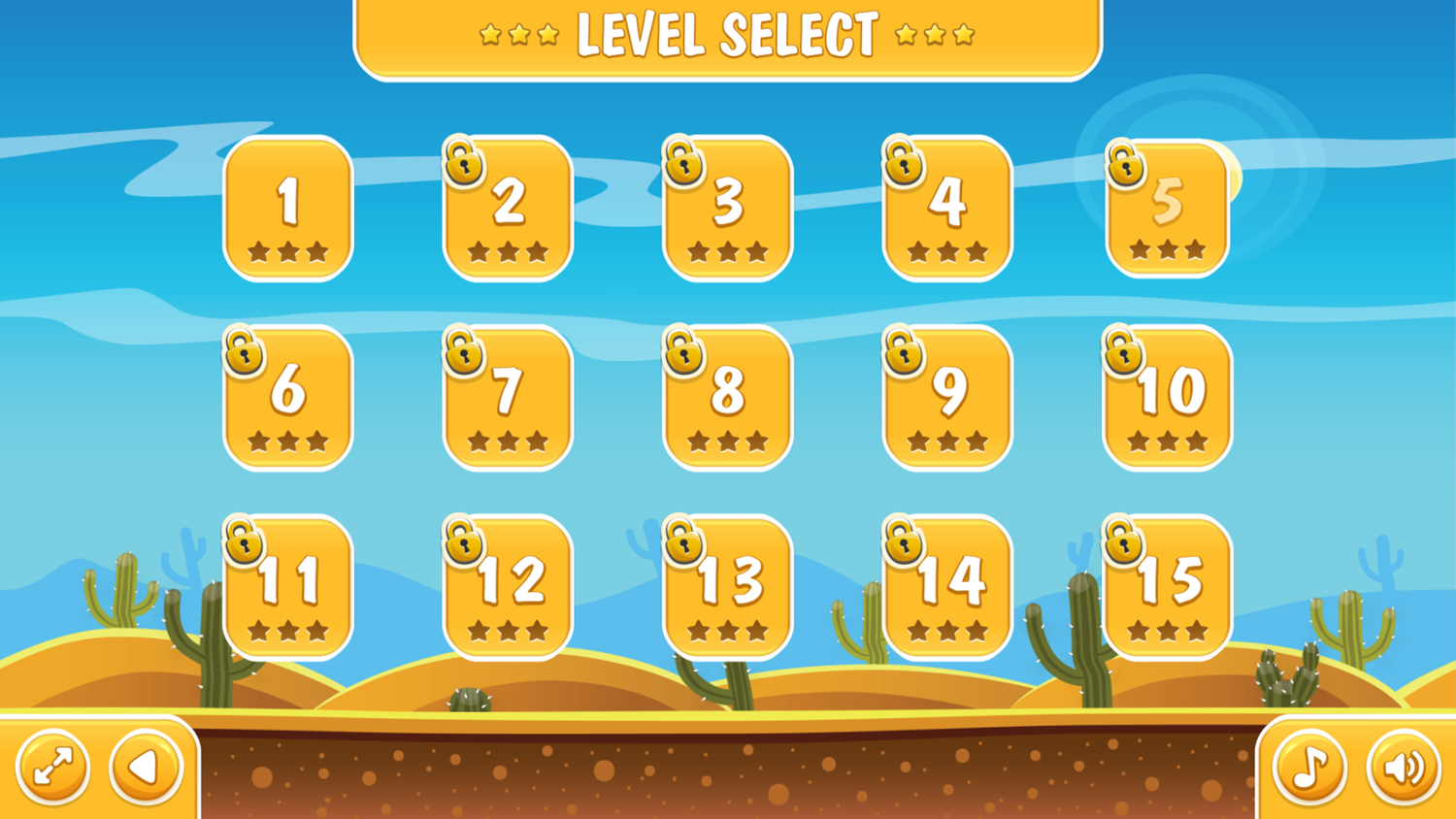 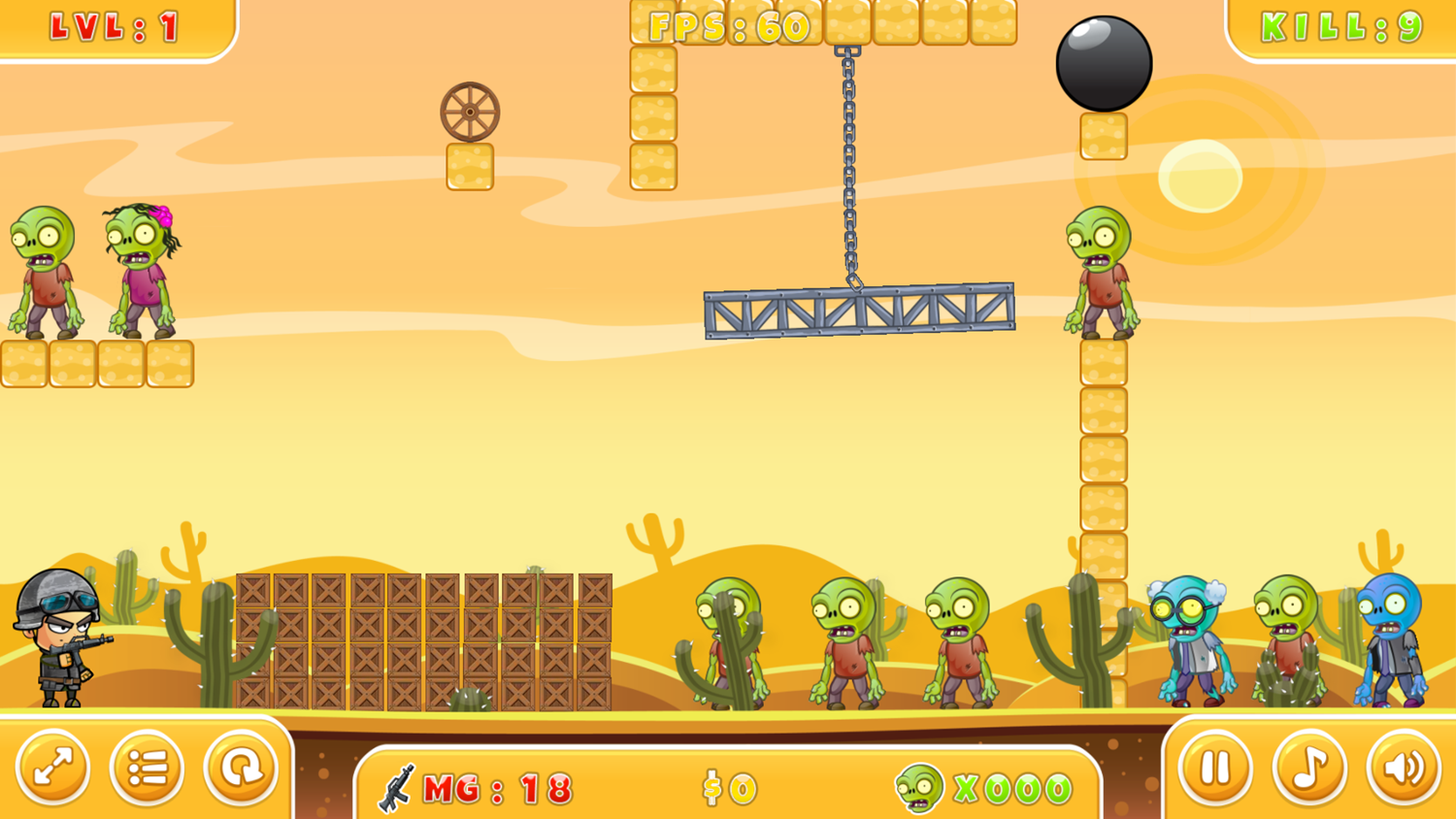 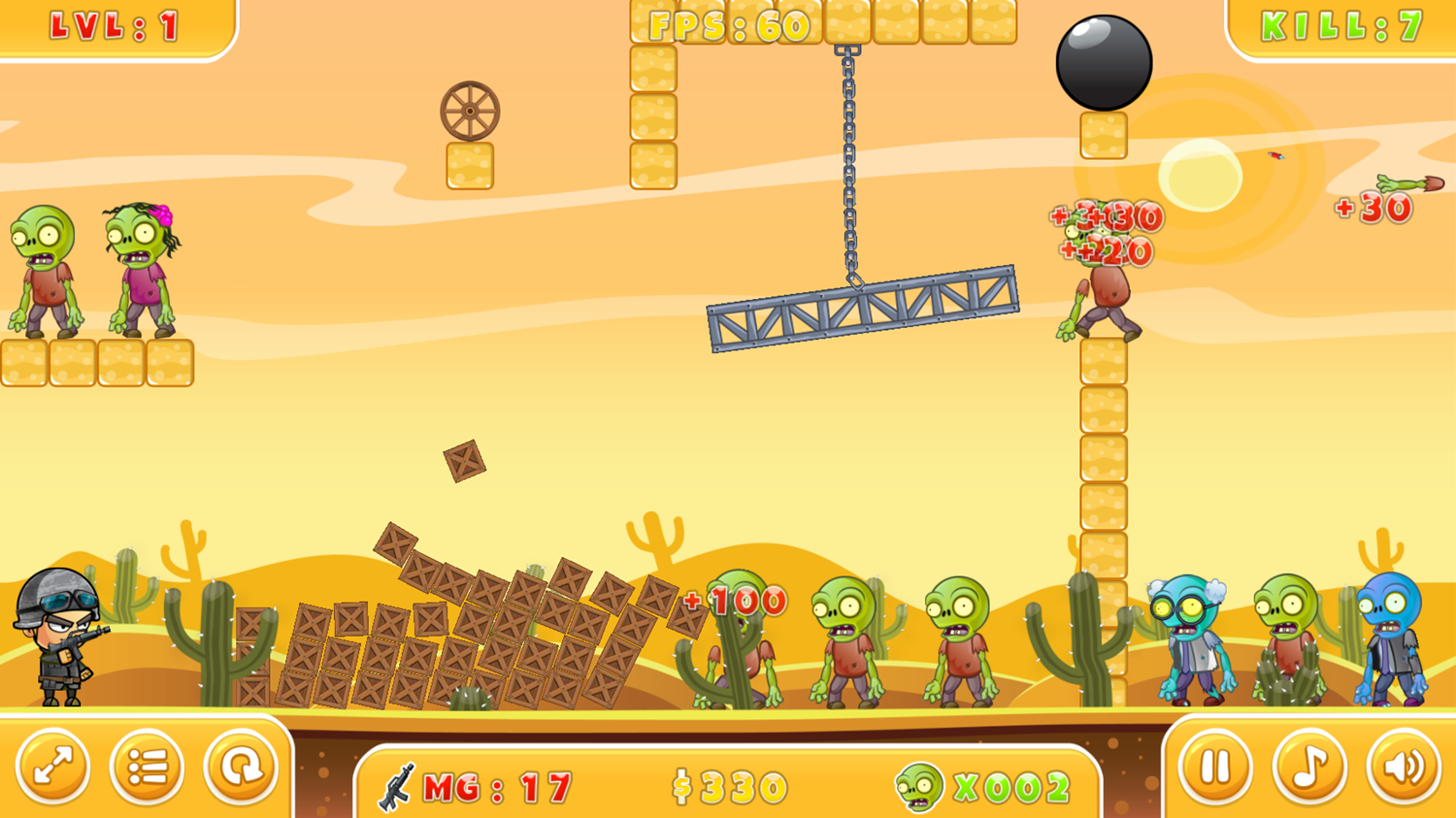 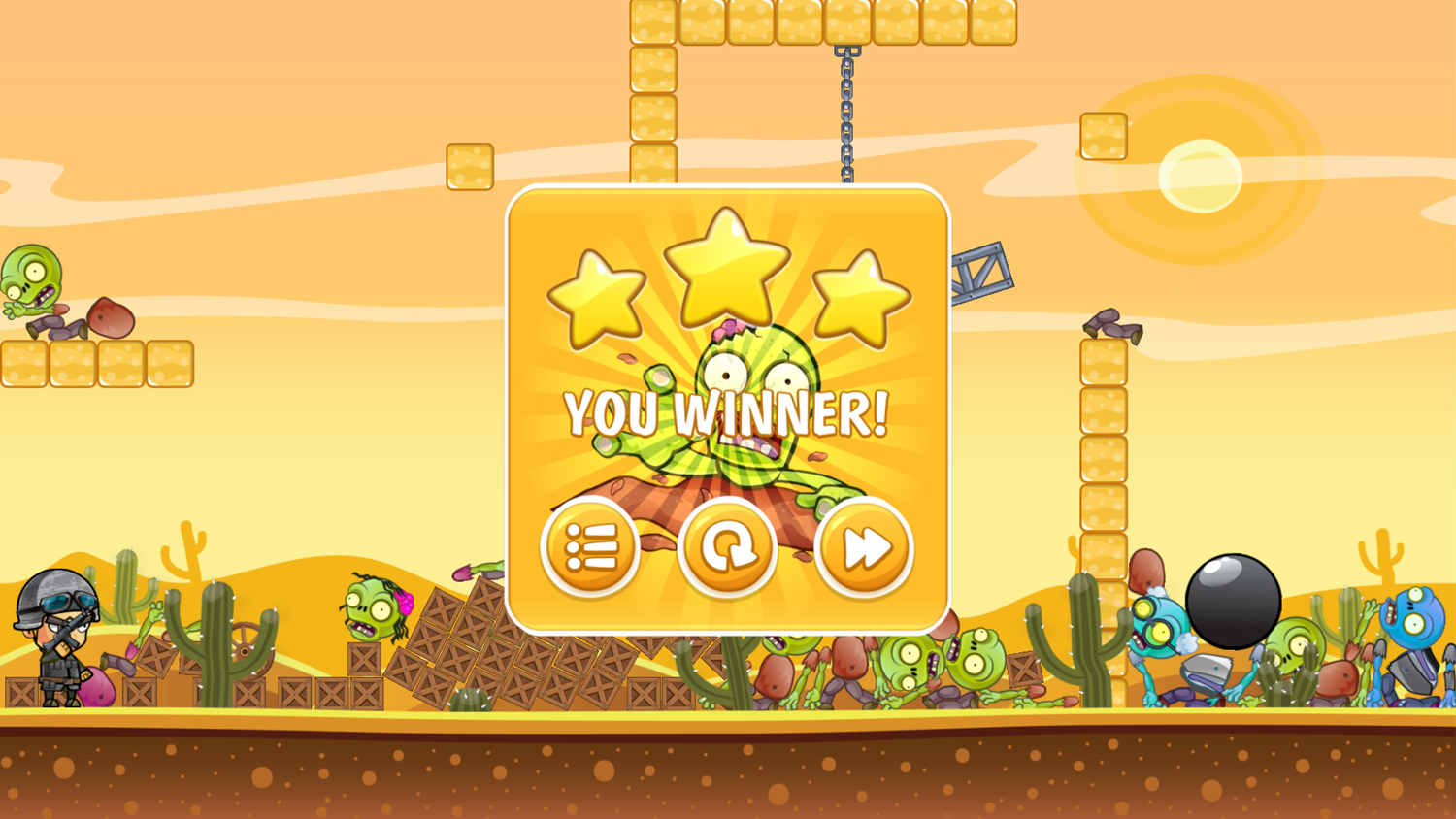