This is a 60-level western themed logic puzzle game where you play a cowboy kid who moves boxes scattered across a level into an organized collection at the end of the level.

Children and adults can play this box organization logic puzzle game by clicking in the window below.

Alternatively kids and parents can play this fun logic game as a web application here.

Push boxes around the playing field and get them stacked in an organized fashion at the end of the level. 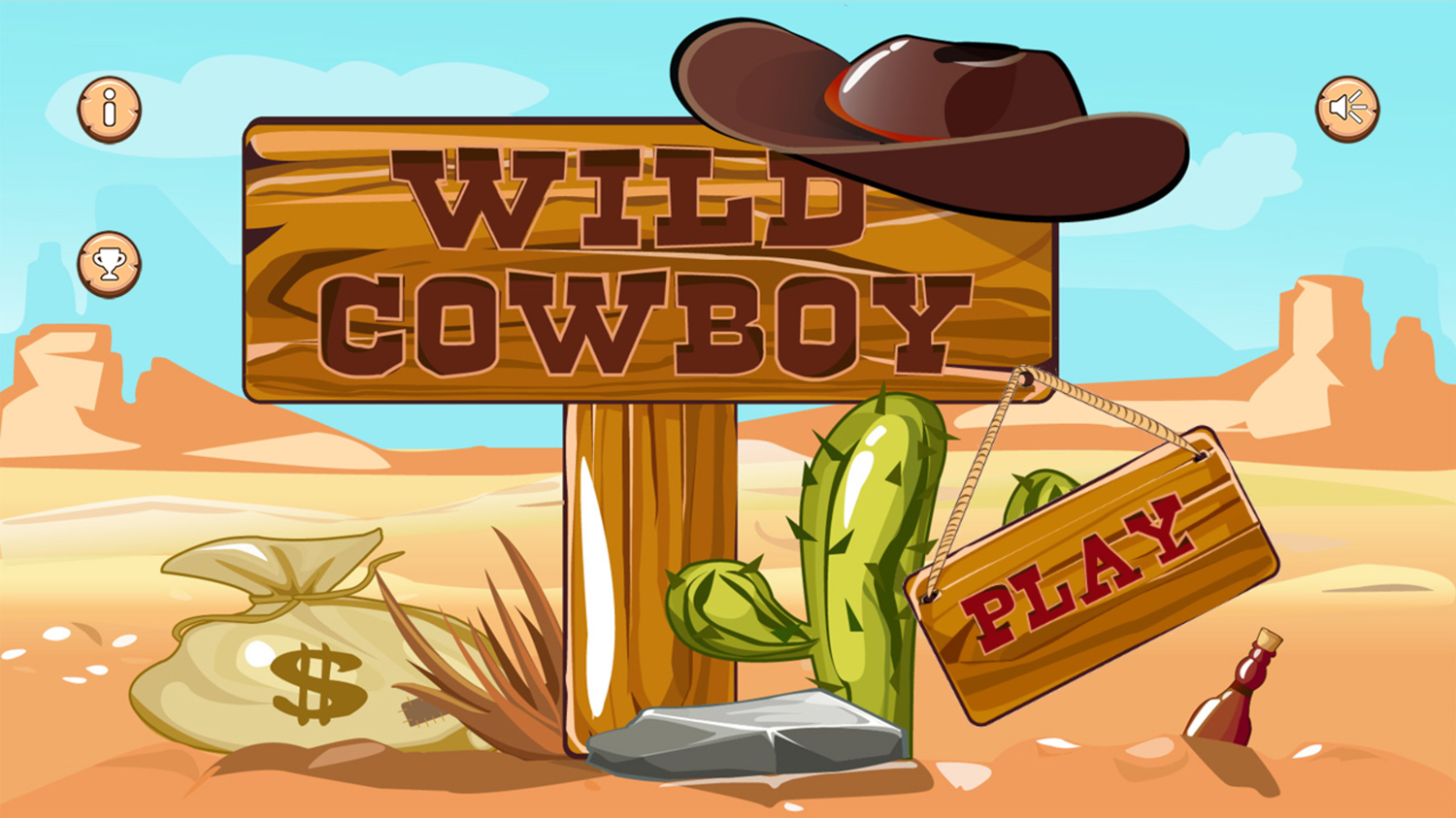 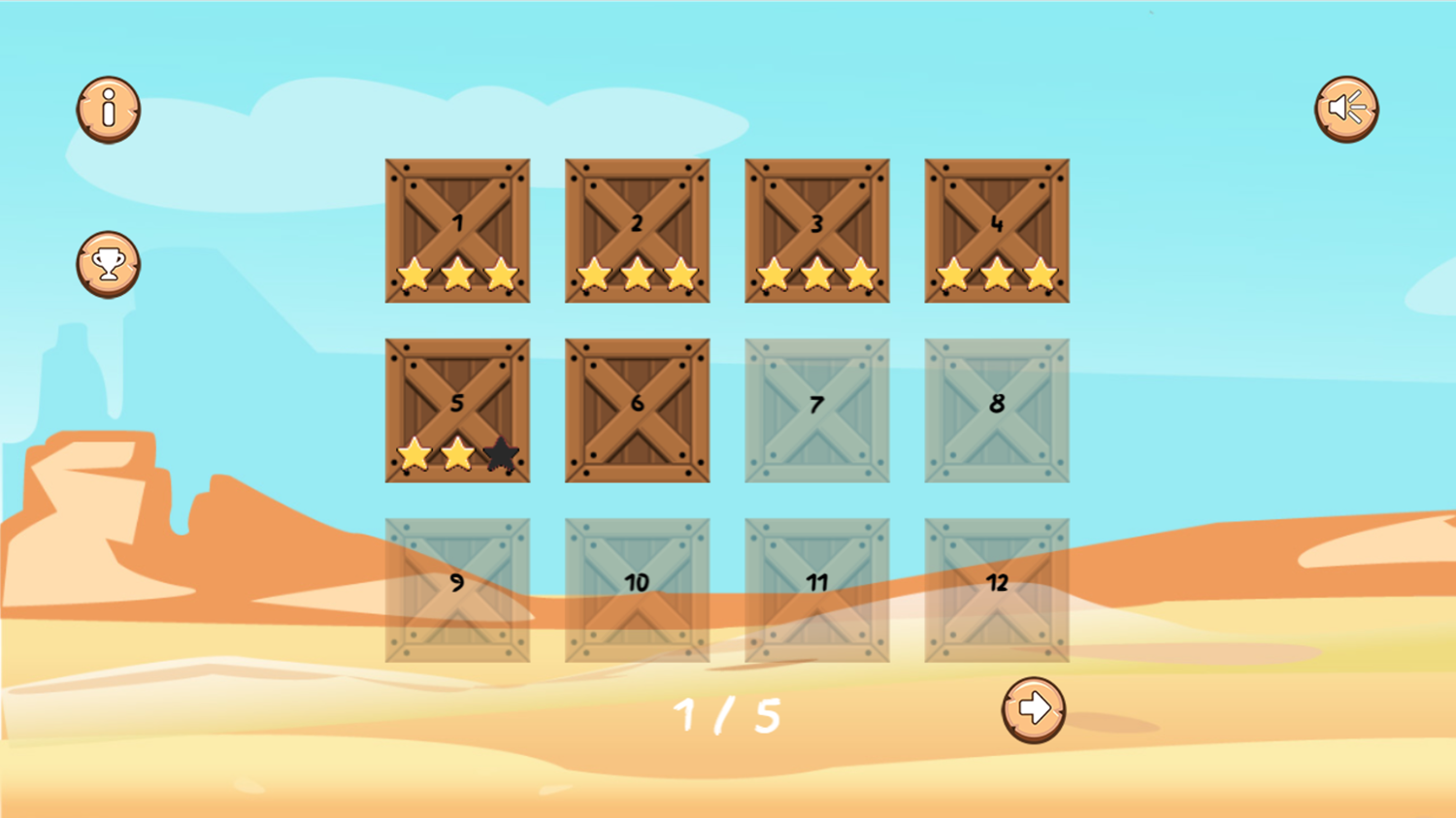 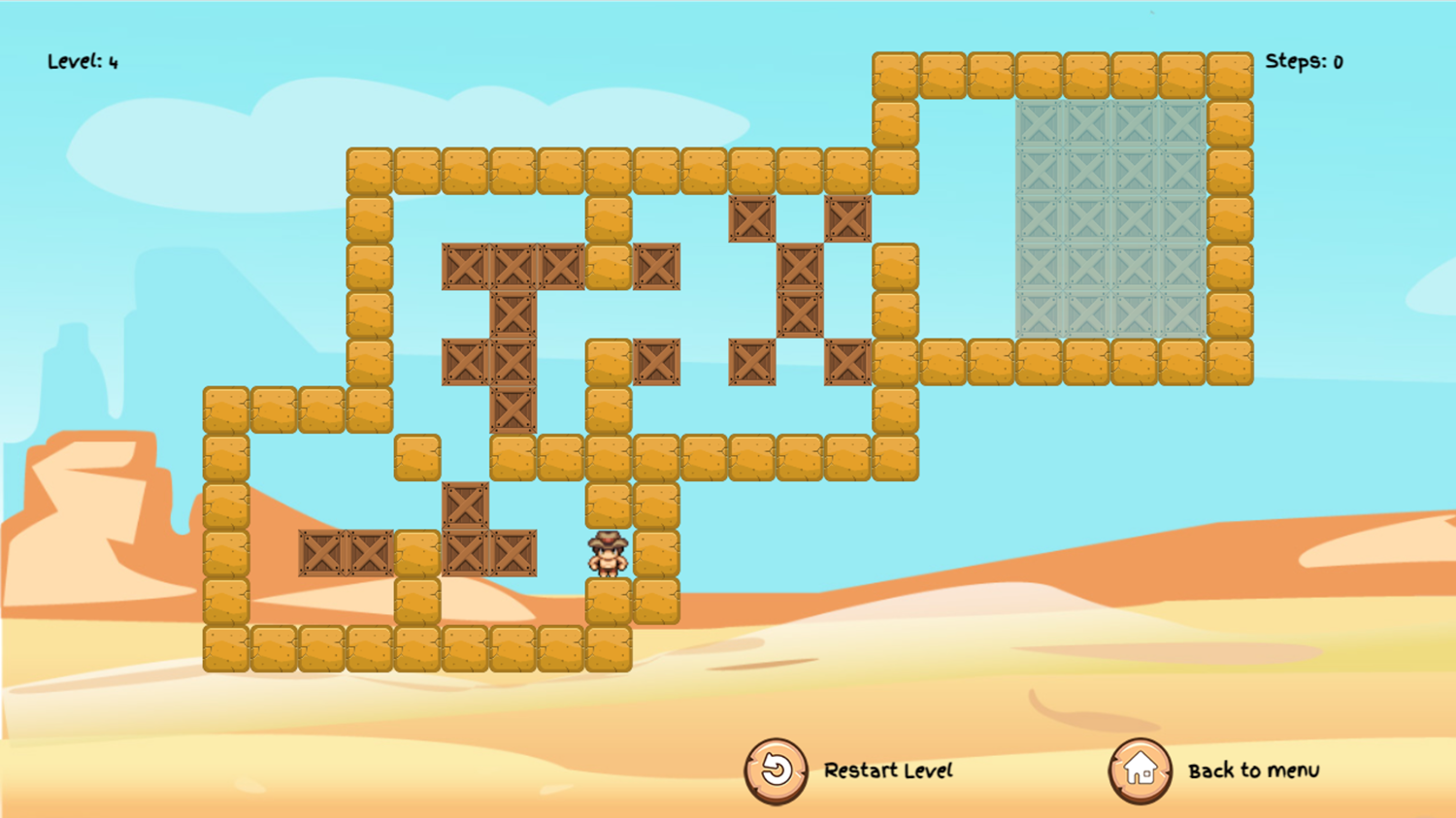 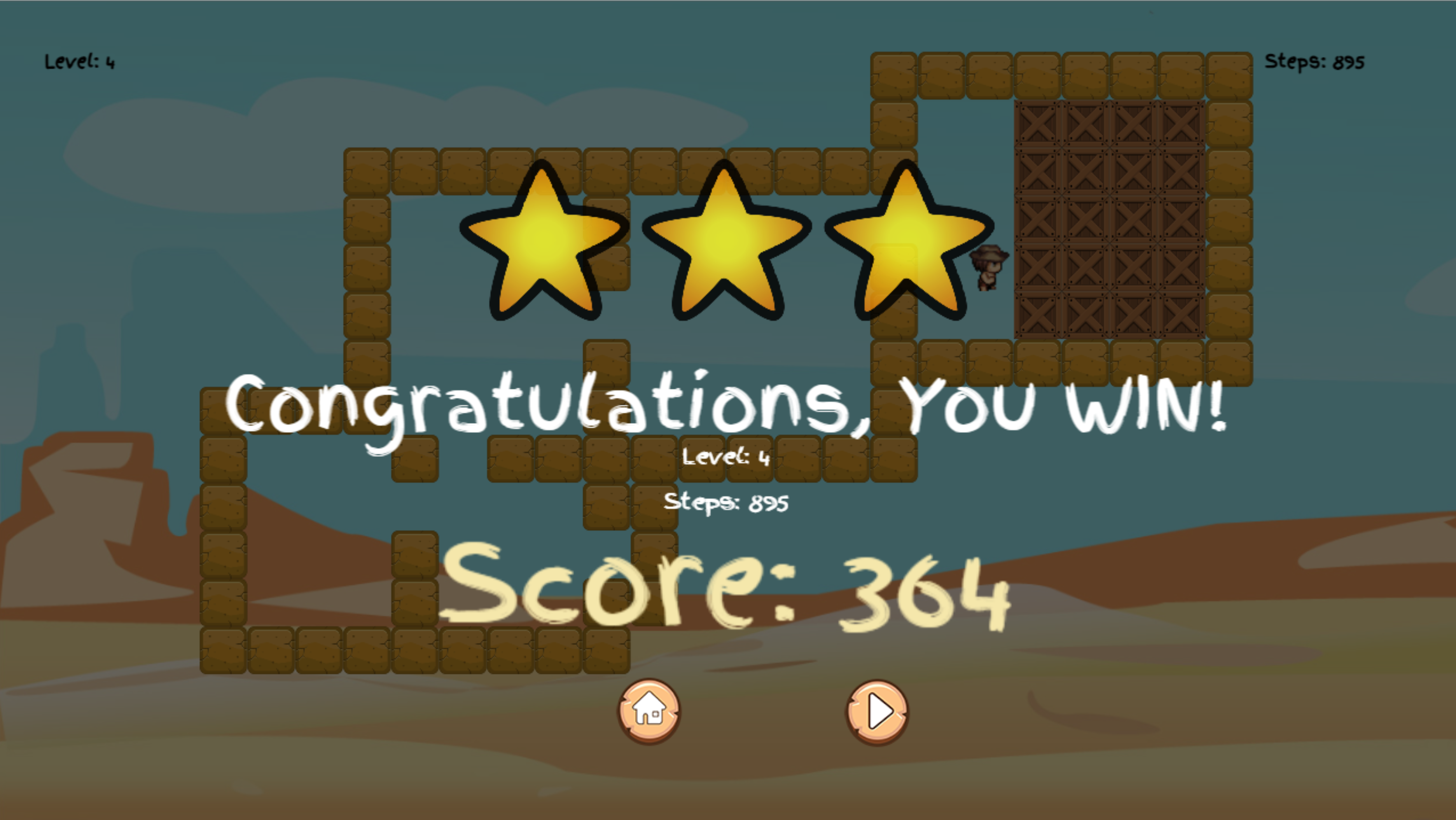 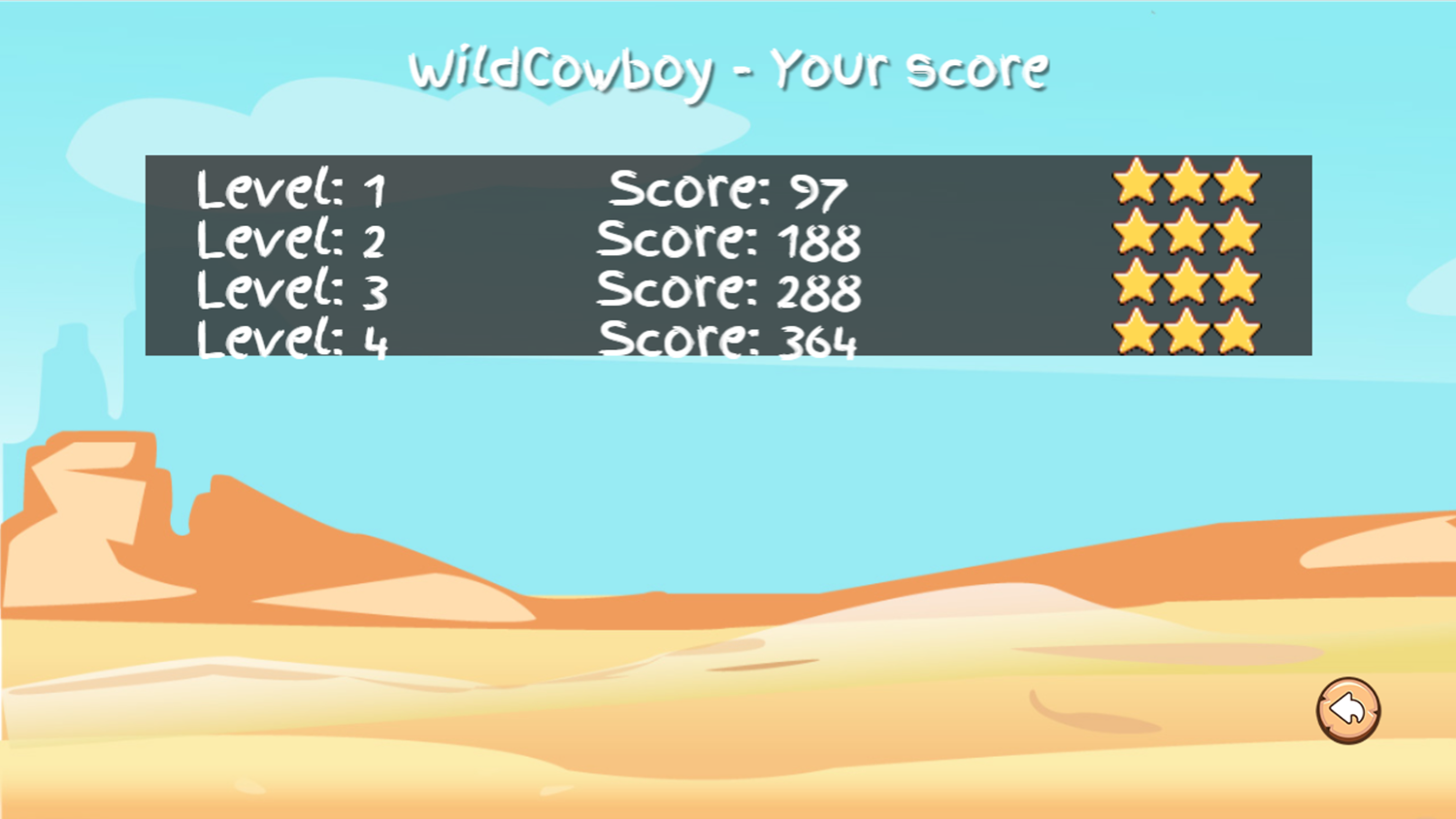 Plays.org published this Cartoon Cowboy Sokoban on May 31, 2021 / 2 Comments

This game was published in these categories: Cartoon, Cowboy, Sokoban. You can visit any of them to select other fun games to play.