This is a 30-stage level escape game where you repeatedly switch states of items on the playing field to enable safe passage to the coin at the end of the stage.

Children and parents can play this pixelated level escape platforming game by clicking in the window below.

Alternatively kids and adults can play this idle clicker room escape video game for free as a web application here.

Time the switch between states for elements of each stage to enable your green slime to safely make it to the coin at the end of the level. 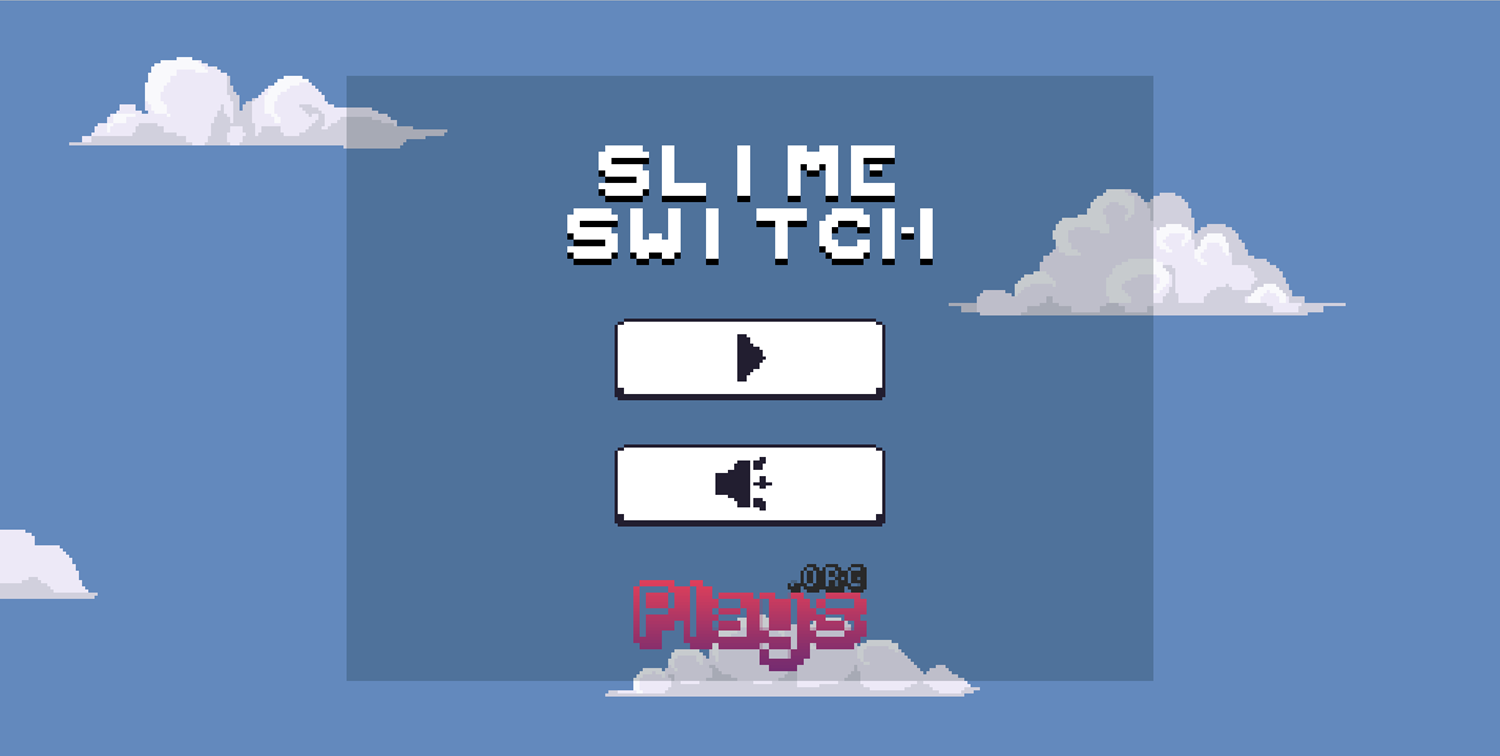 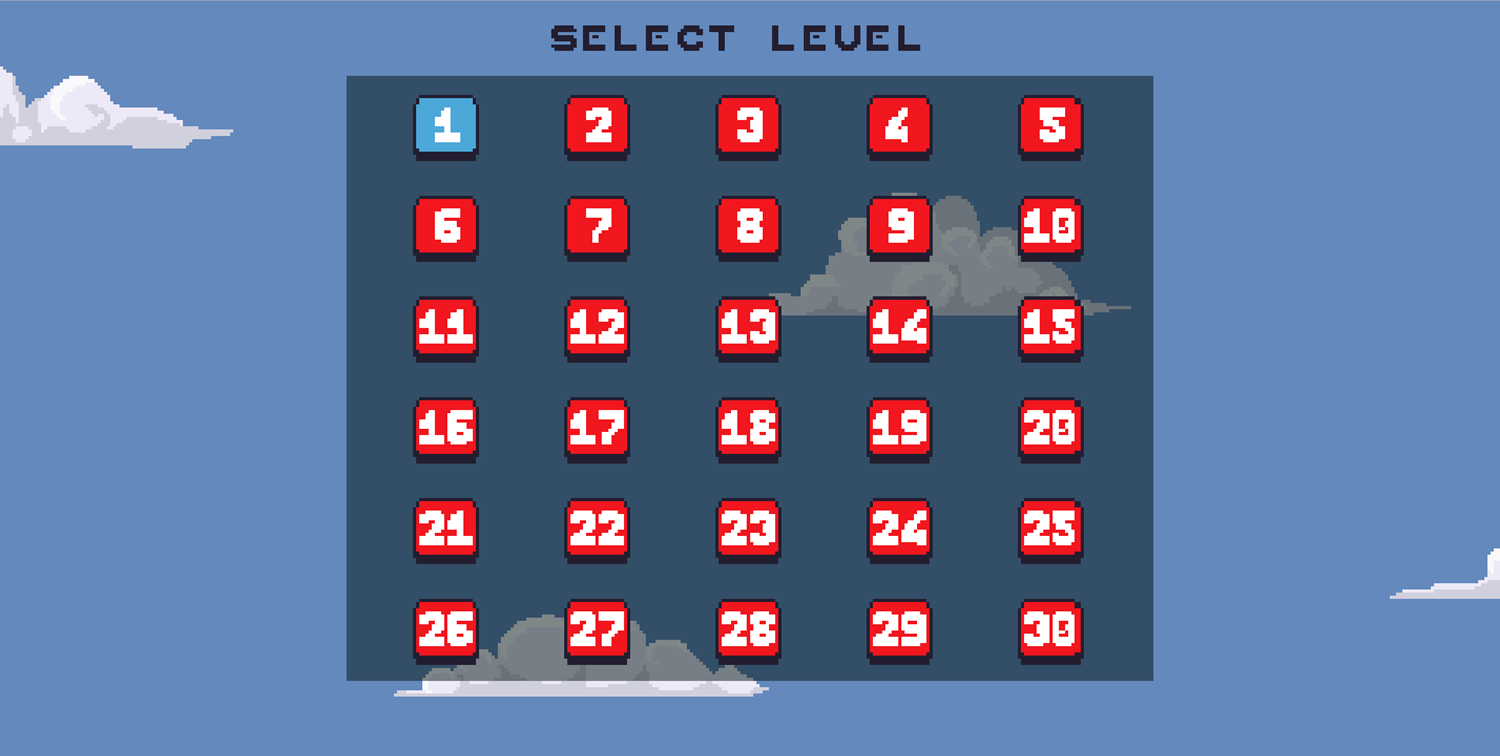 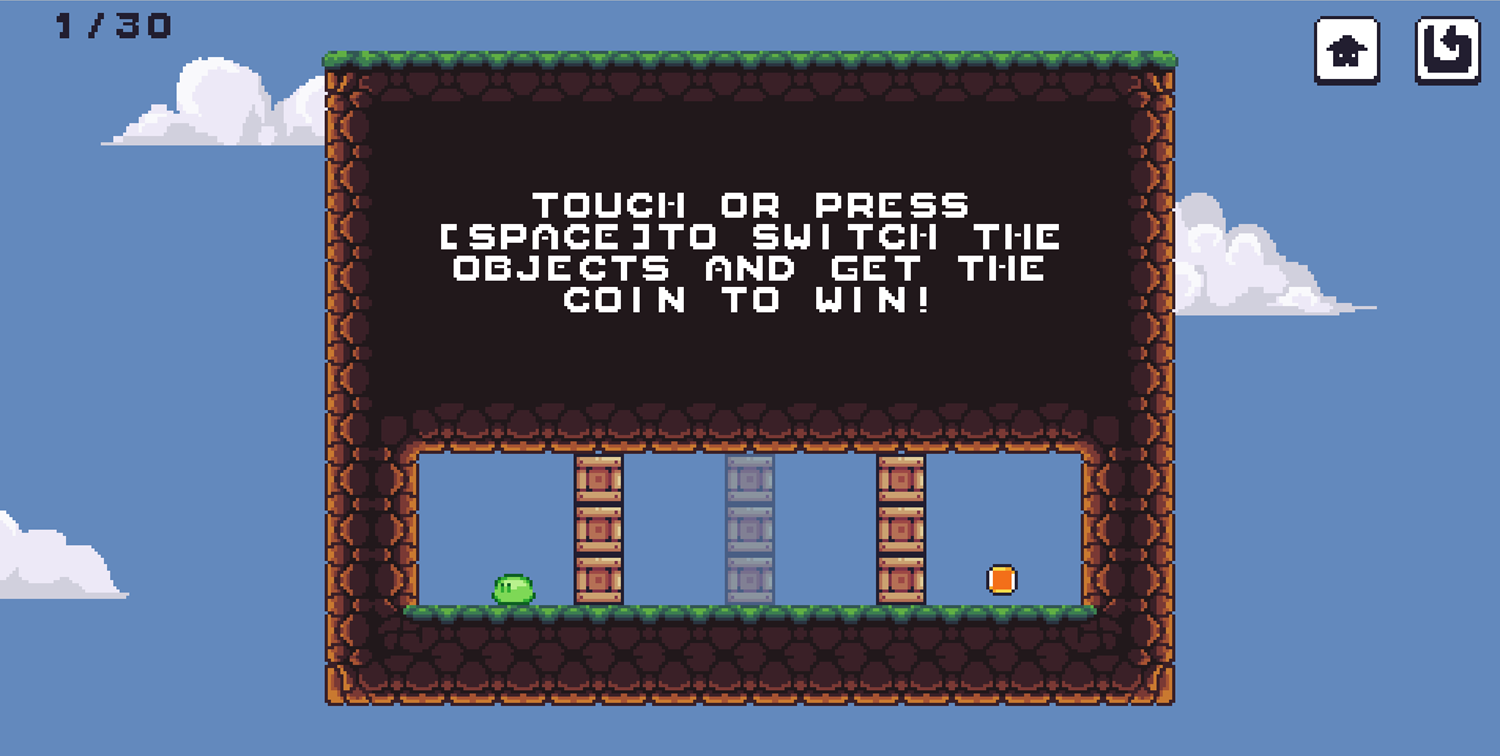 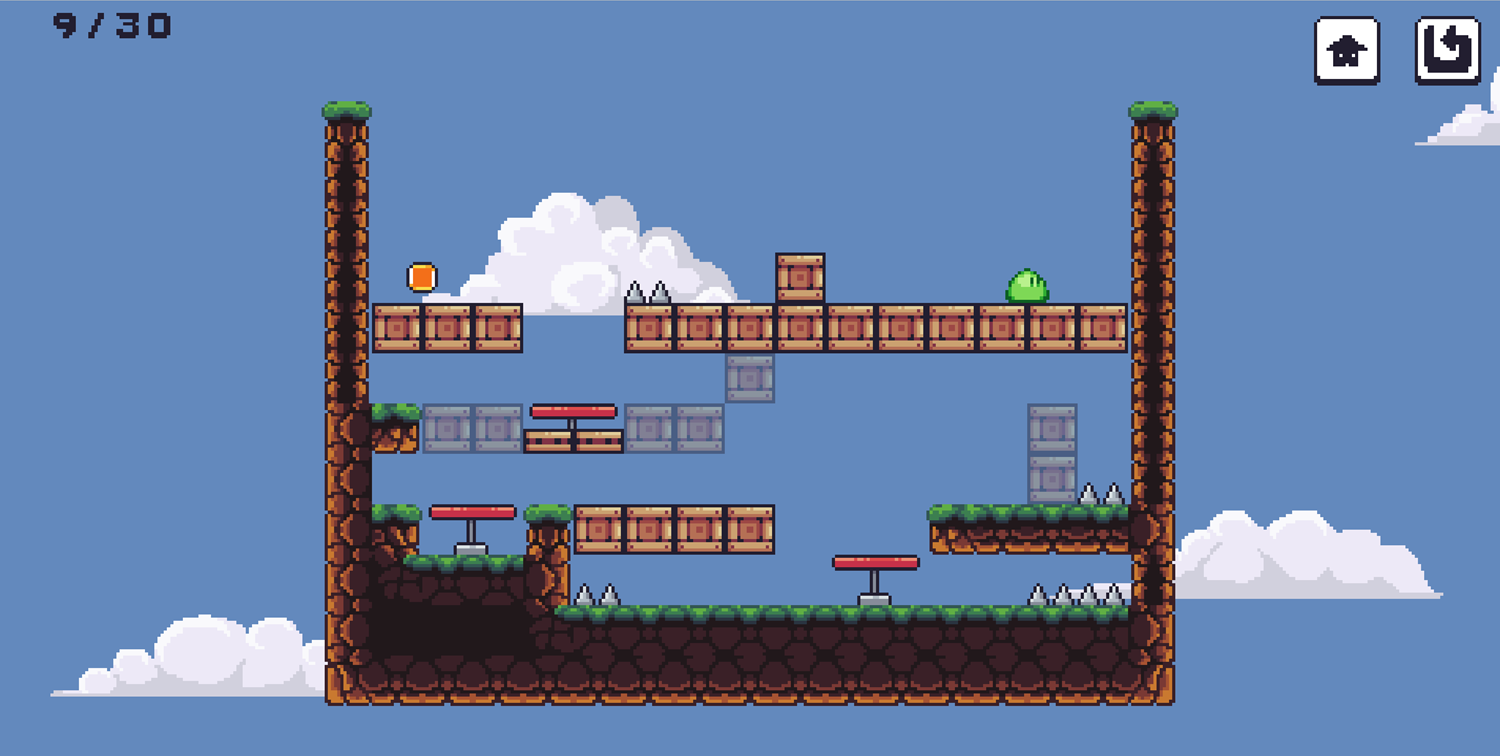 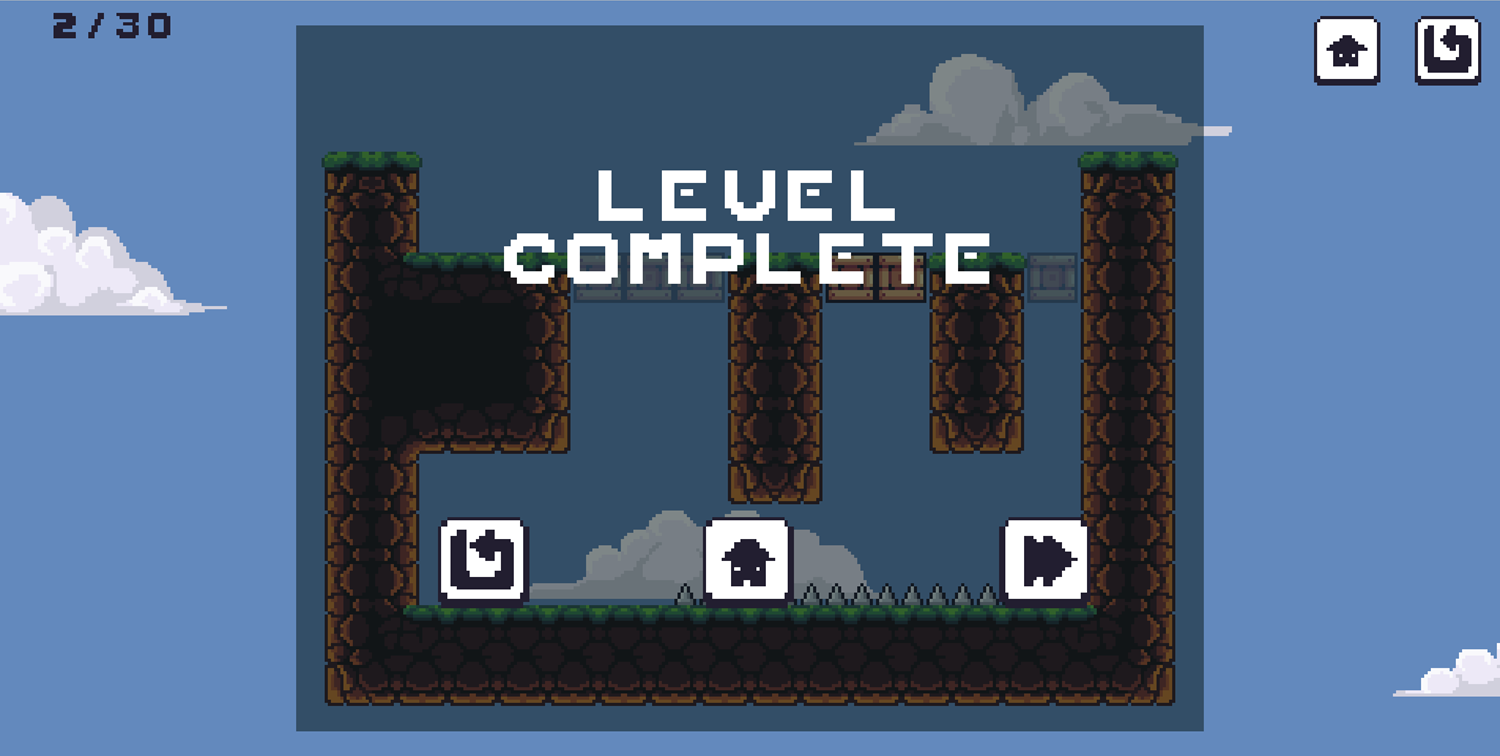 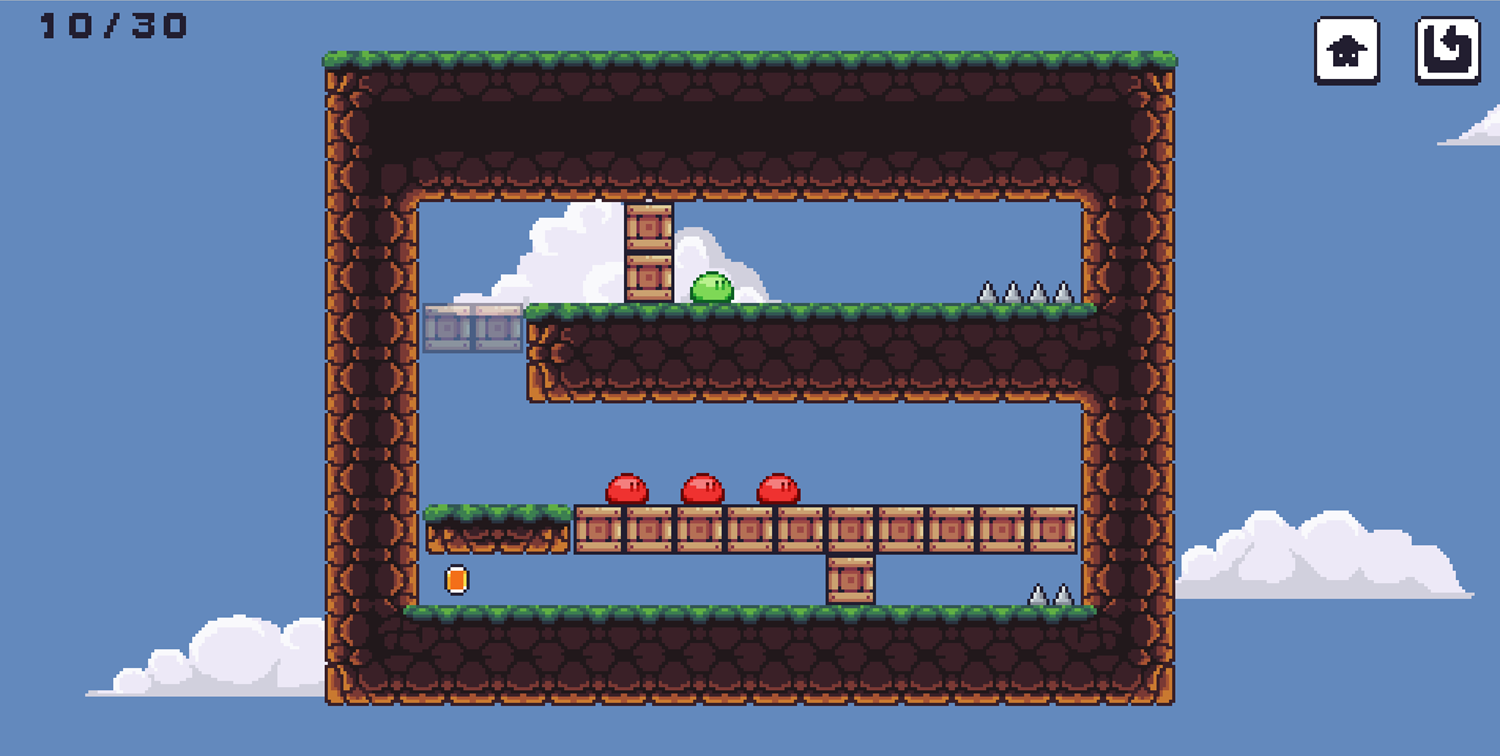 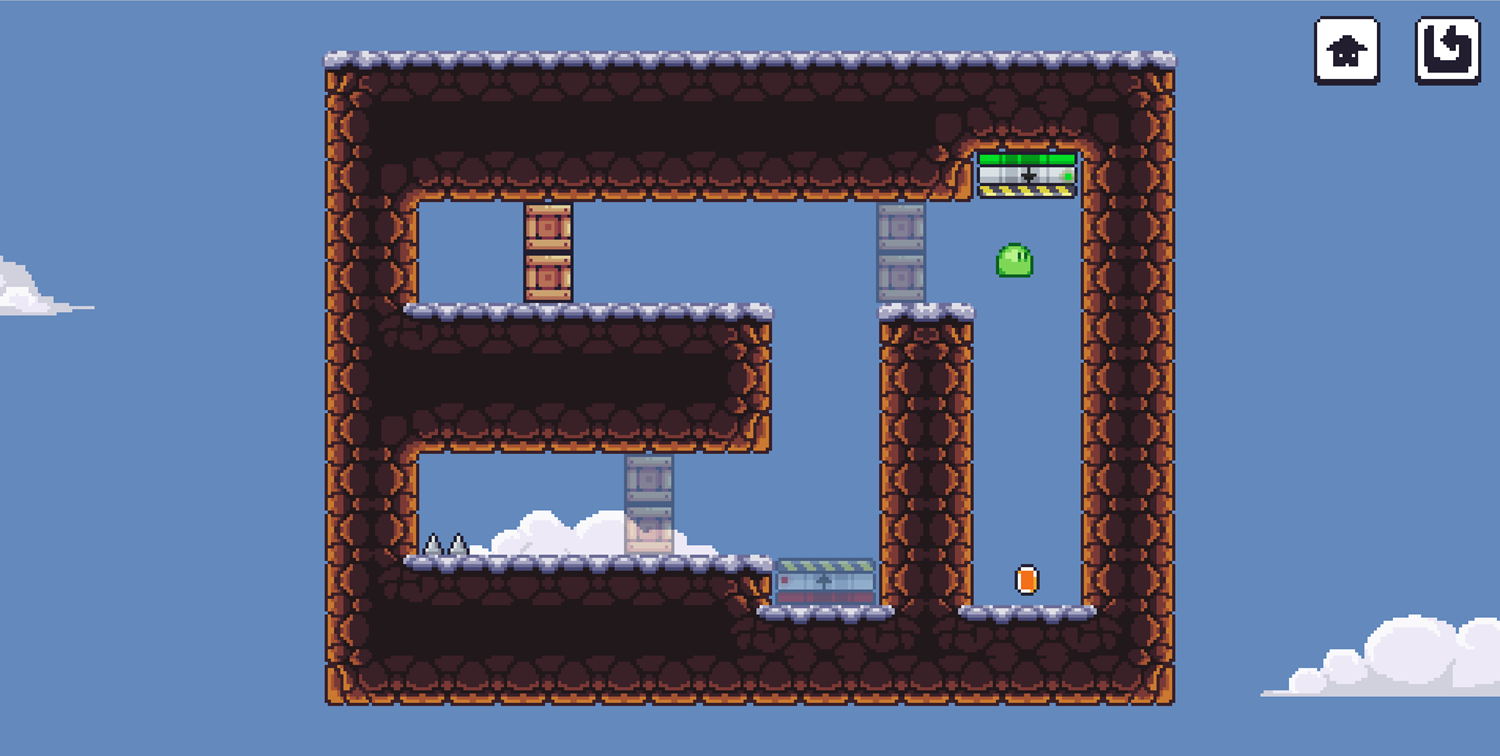 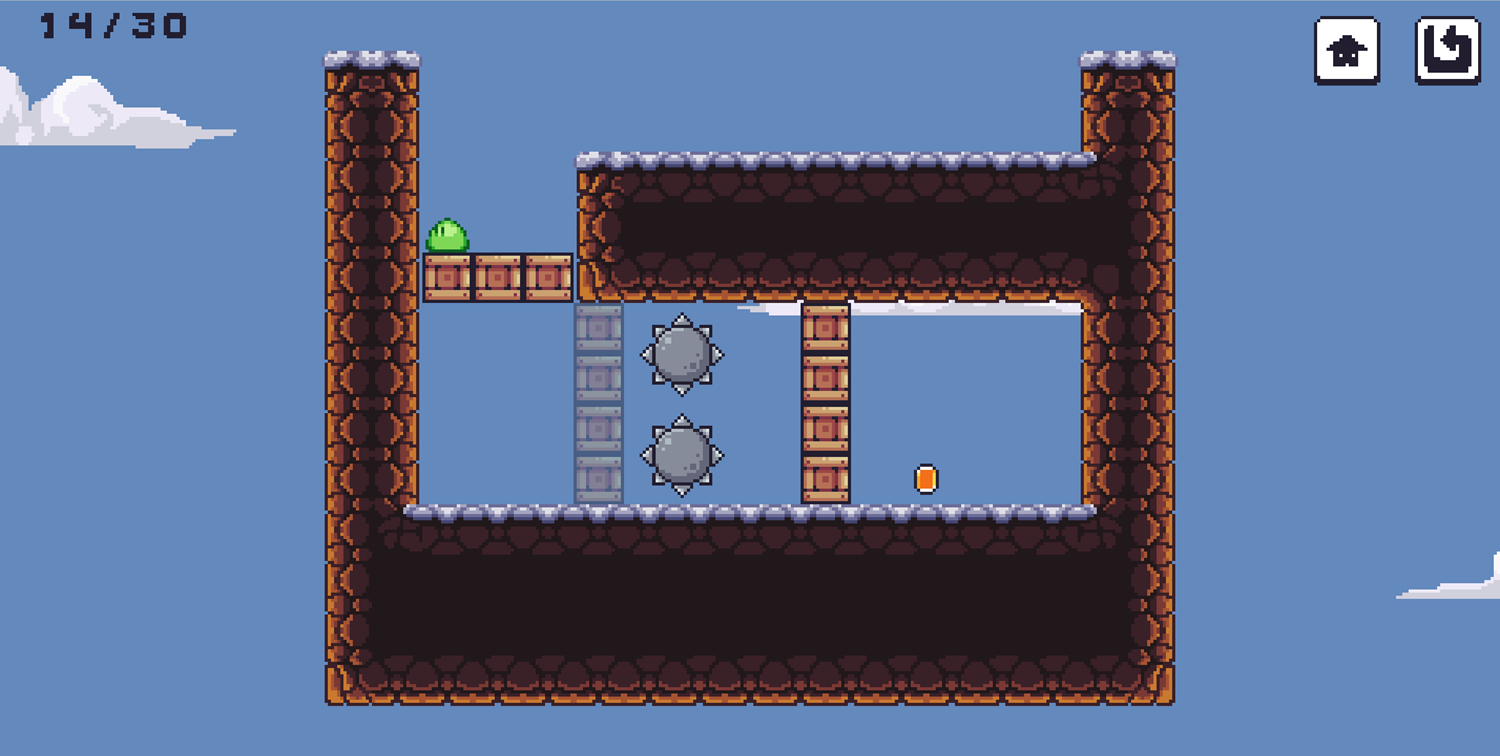 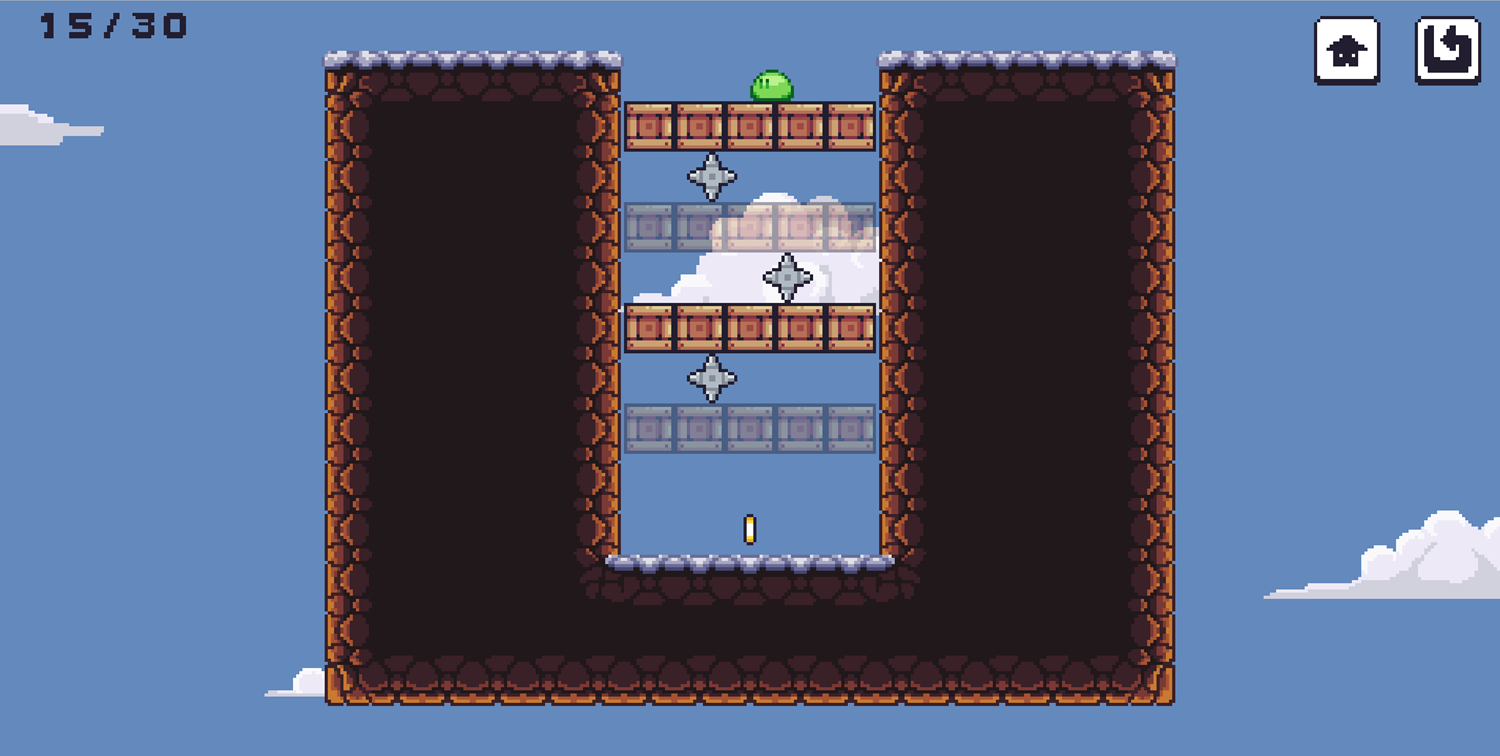 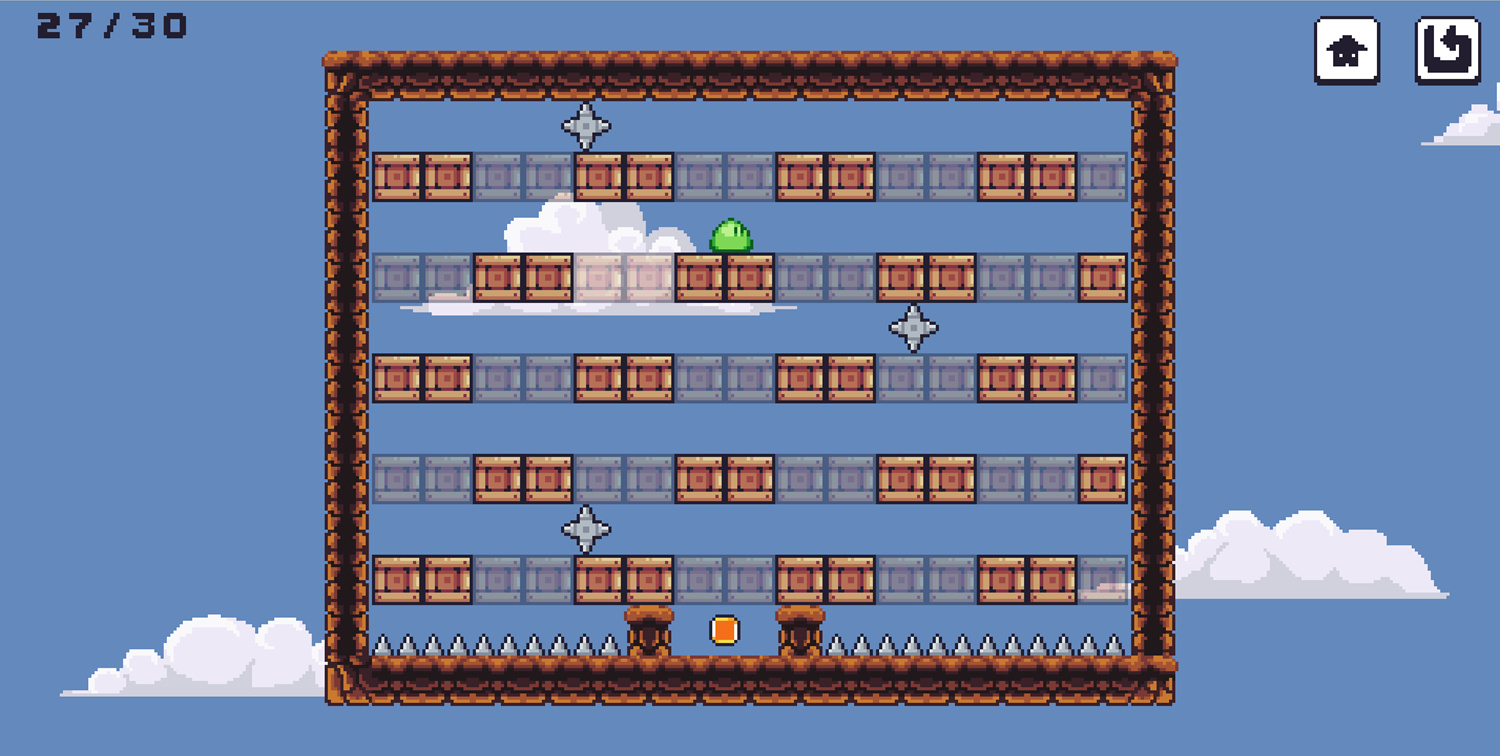 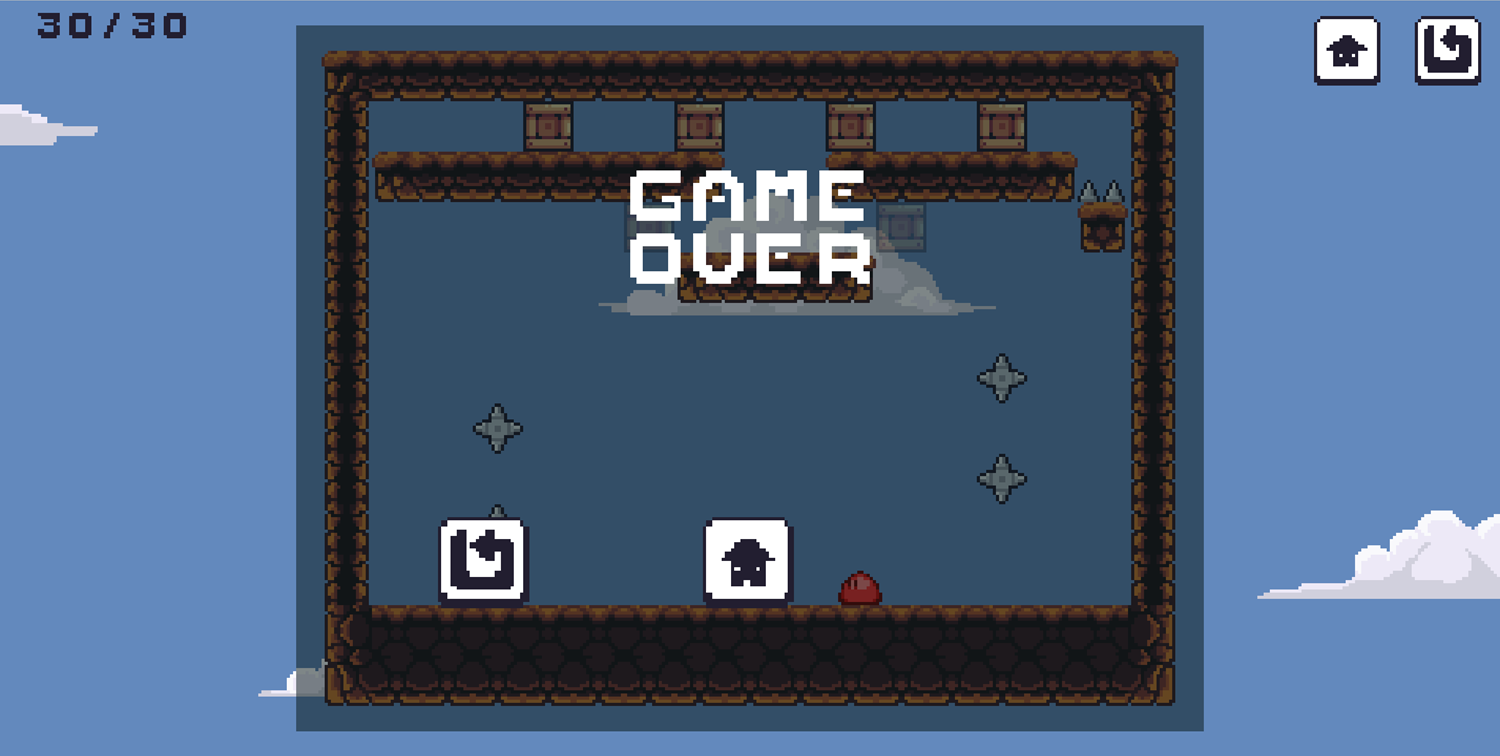 This game was published in these categories: Clicker, Escape, Idle, Pixel, Tap. You can visit any of them to select other fun games to play.