This is a simple math logic puzzle game where players try to get 3 of the same fish in a row.

You can play this math puzzle game inside this webpage below by tapping on the screen or clicking your mouse.

Push fish from the edge of the pool into the water to get 3 in a row. 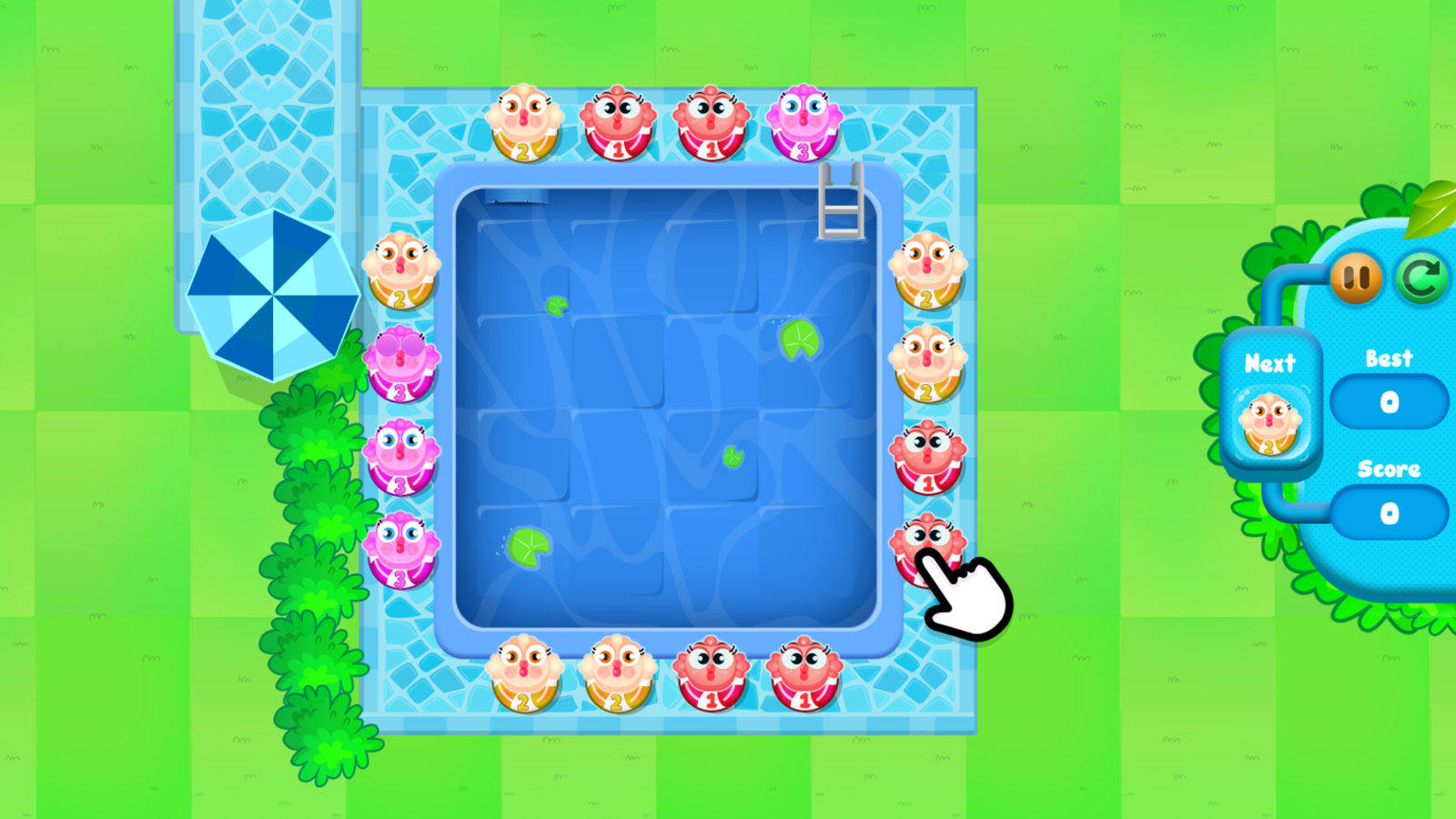 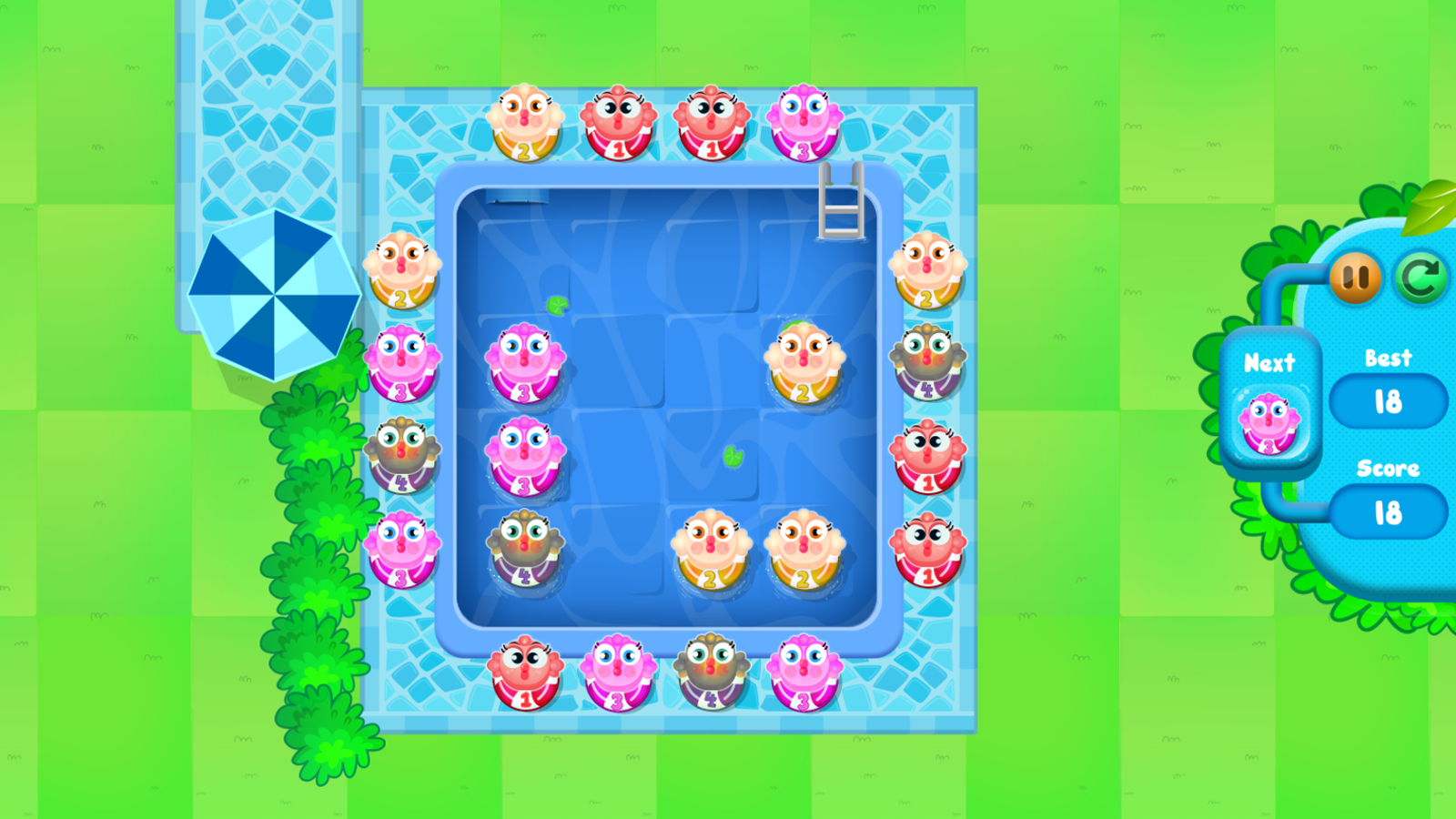