This is a card shedding game where the goal is to get rid of all your cards before the 3 competing computer players do. Each player is dealt 8 cards & must make a valid discard or pick up a card from the deck on each turn.

Children and parents can play this card shedding game by clicking in the window below.

Alternatively kids and adults can play this single player vs computer playing cards shedding video game for free as a web application here.

Make valid moves following suit or rank until you clear your cards from your hands or another player does. Try to have the fewest cards in your hand as possible with the lowest value possible when the hand ends. 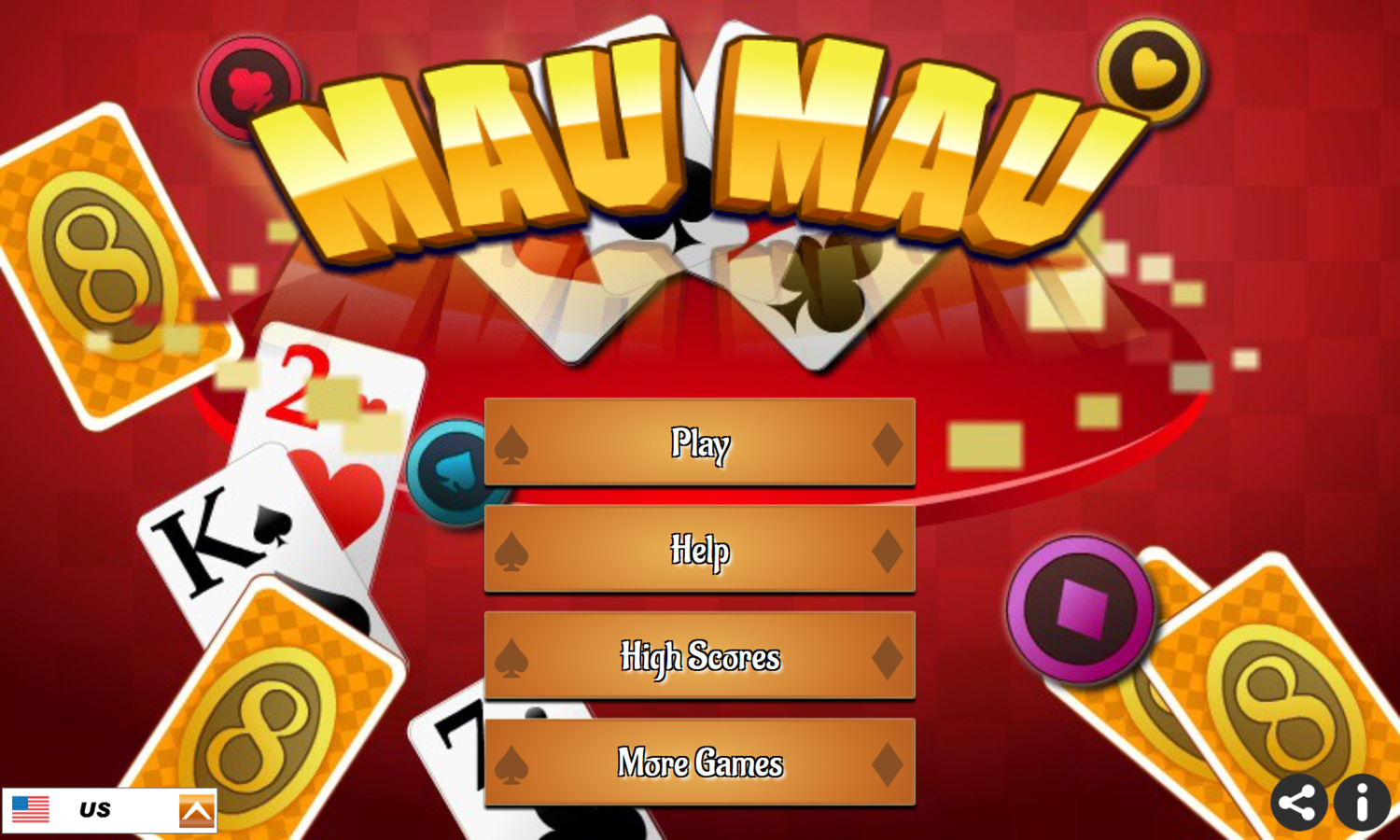 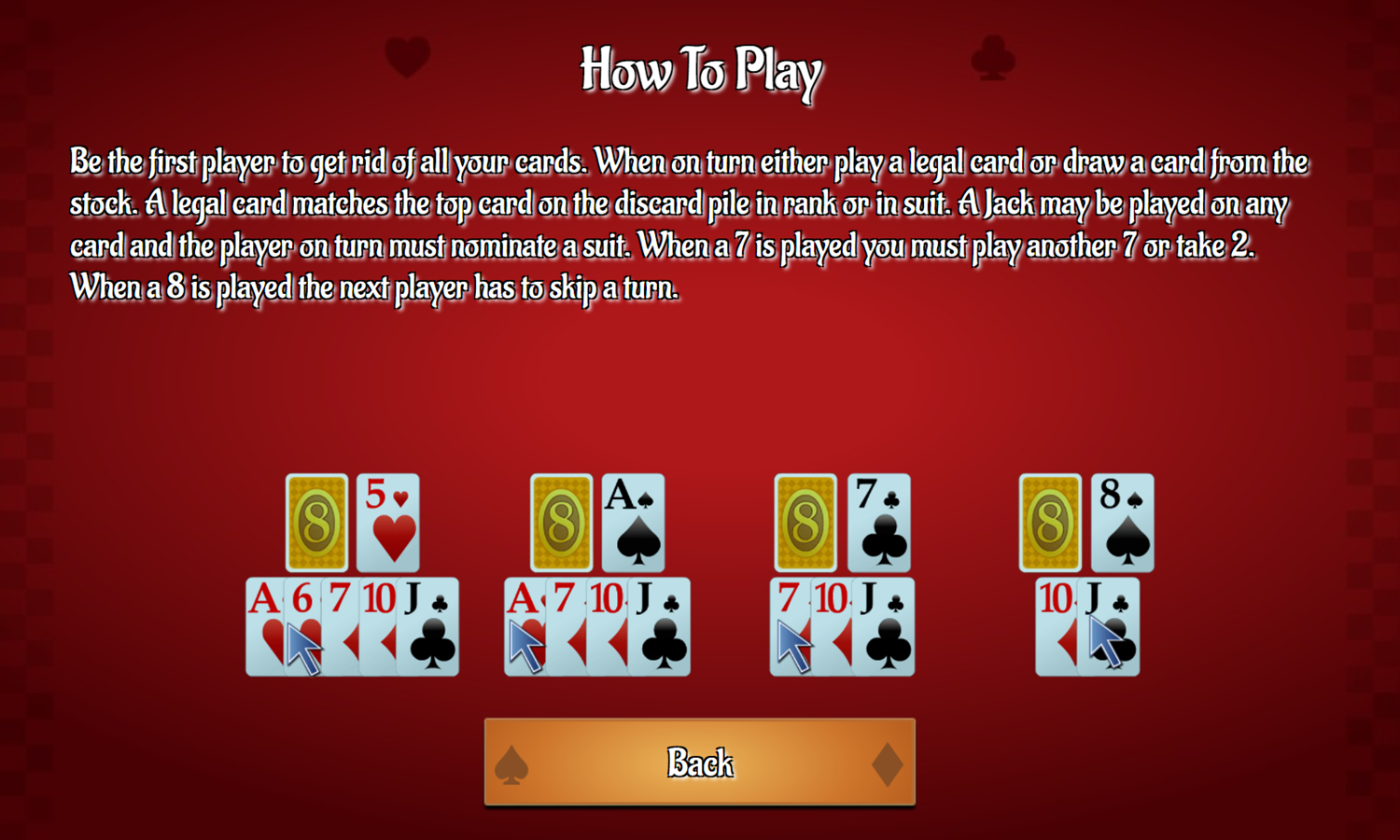 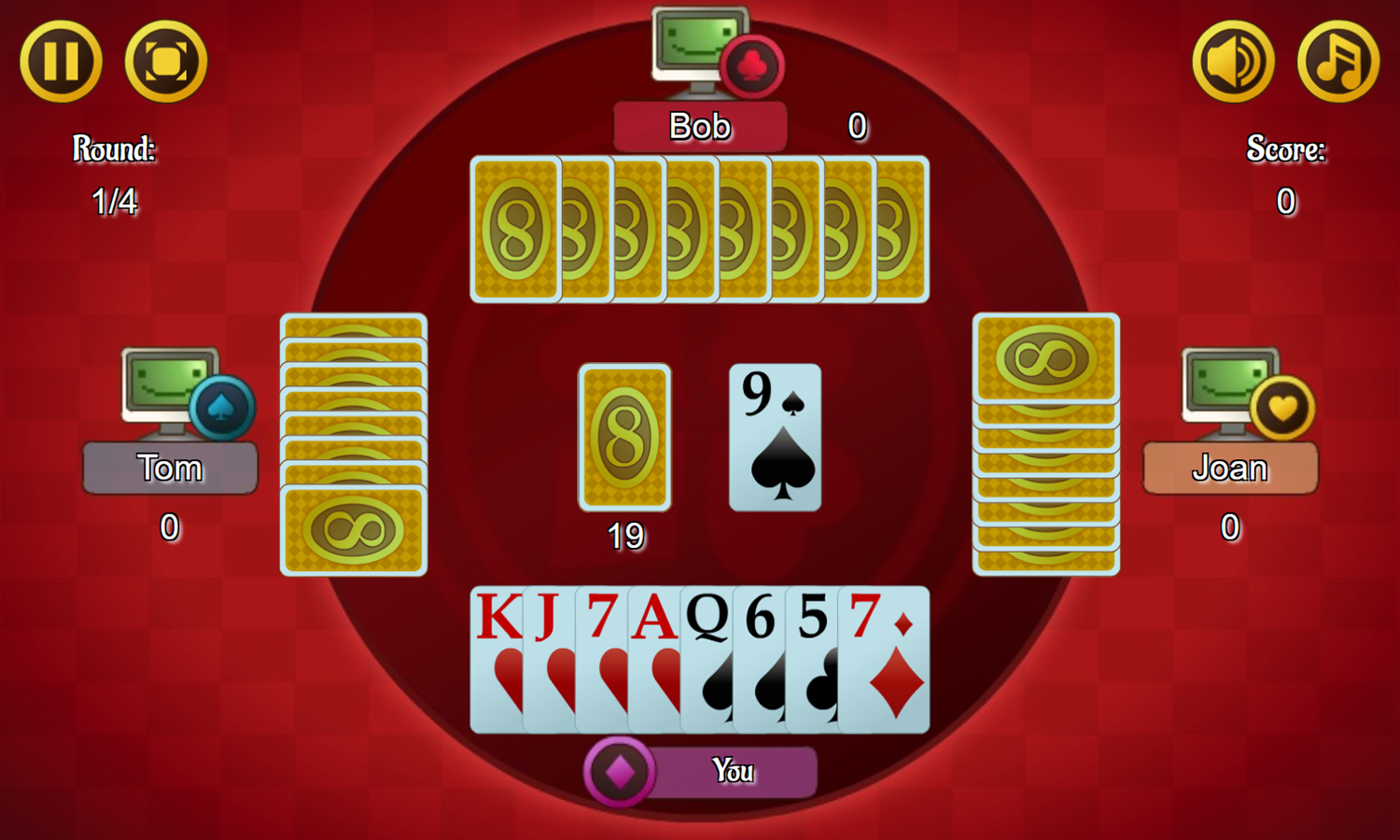 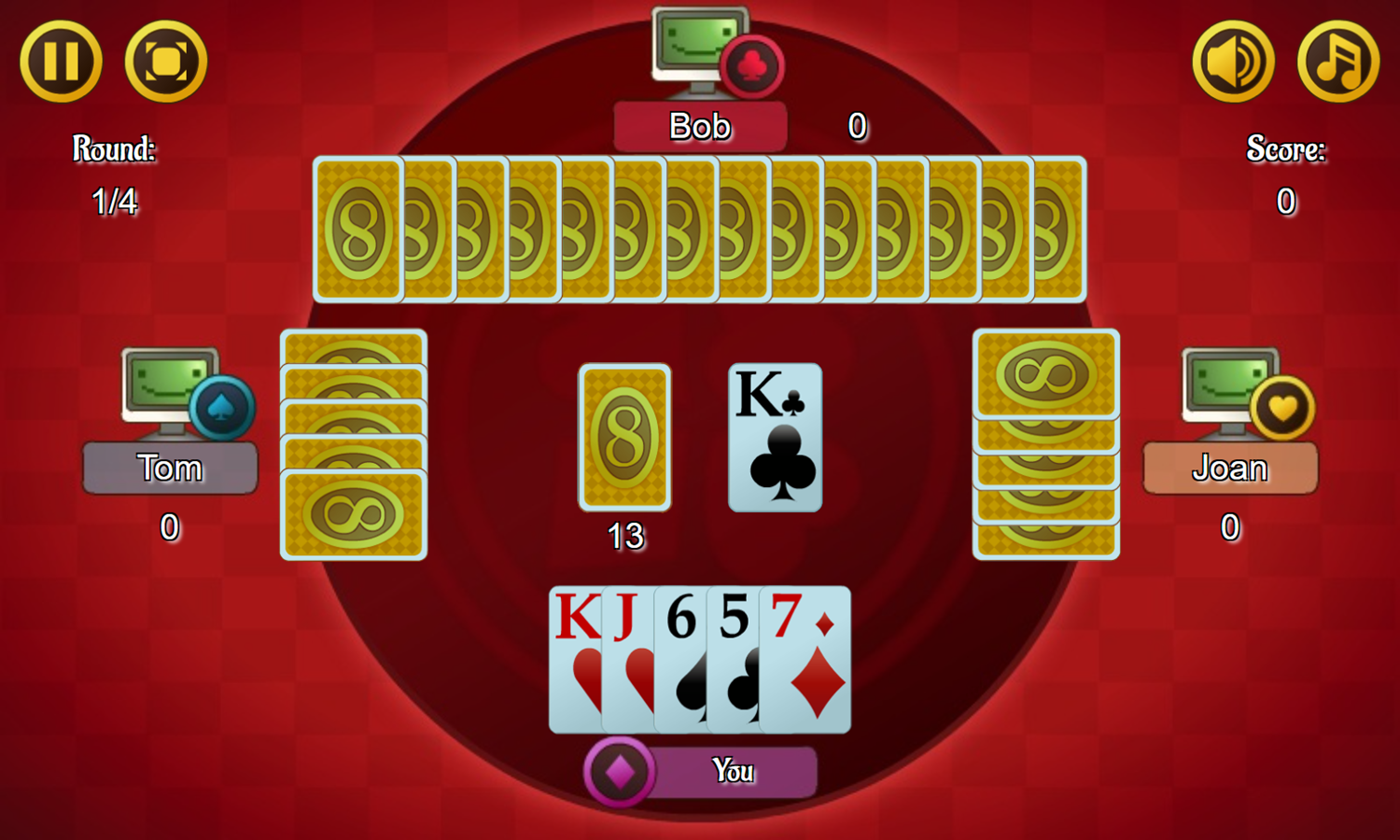 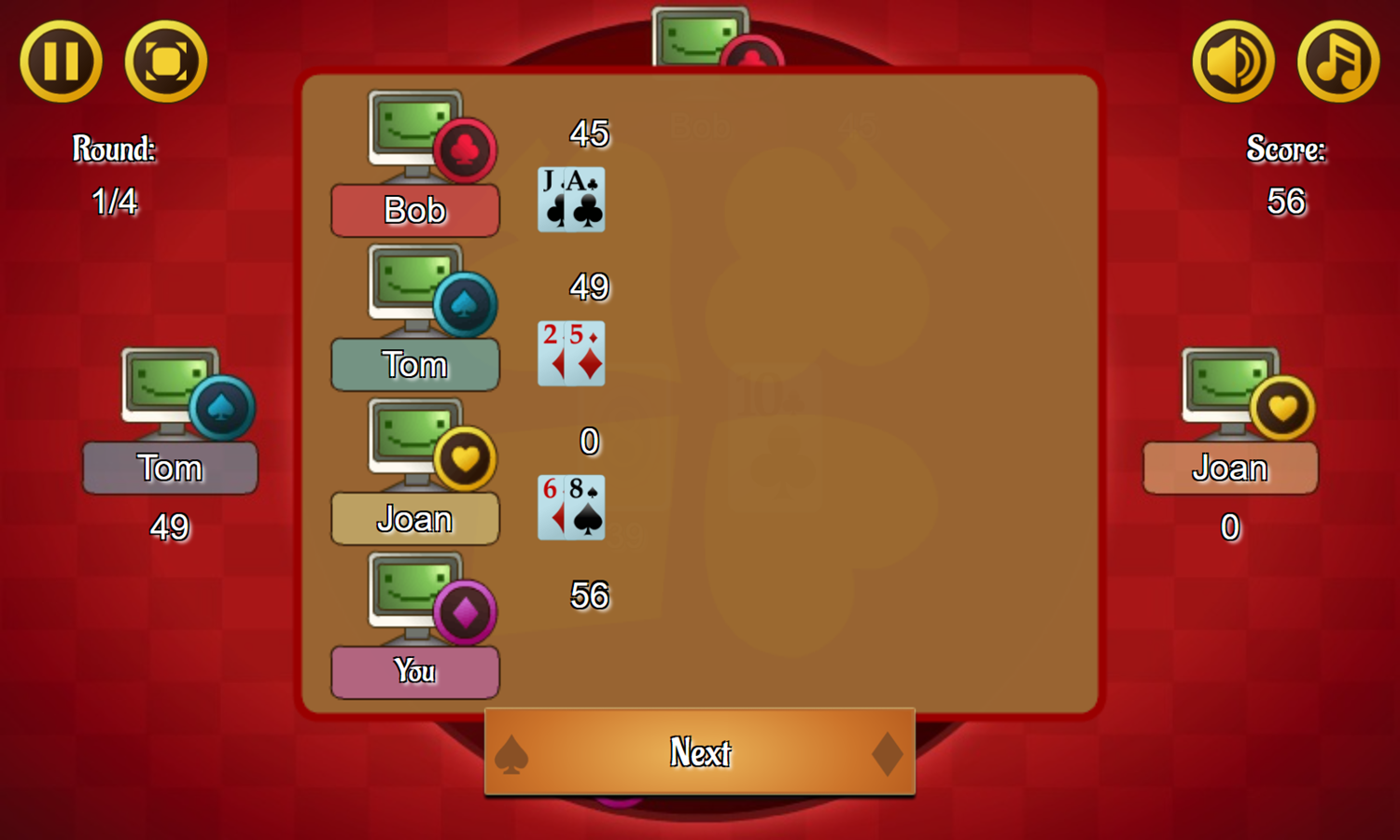 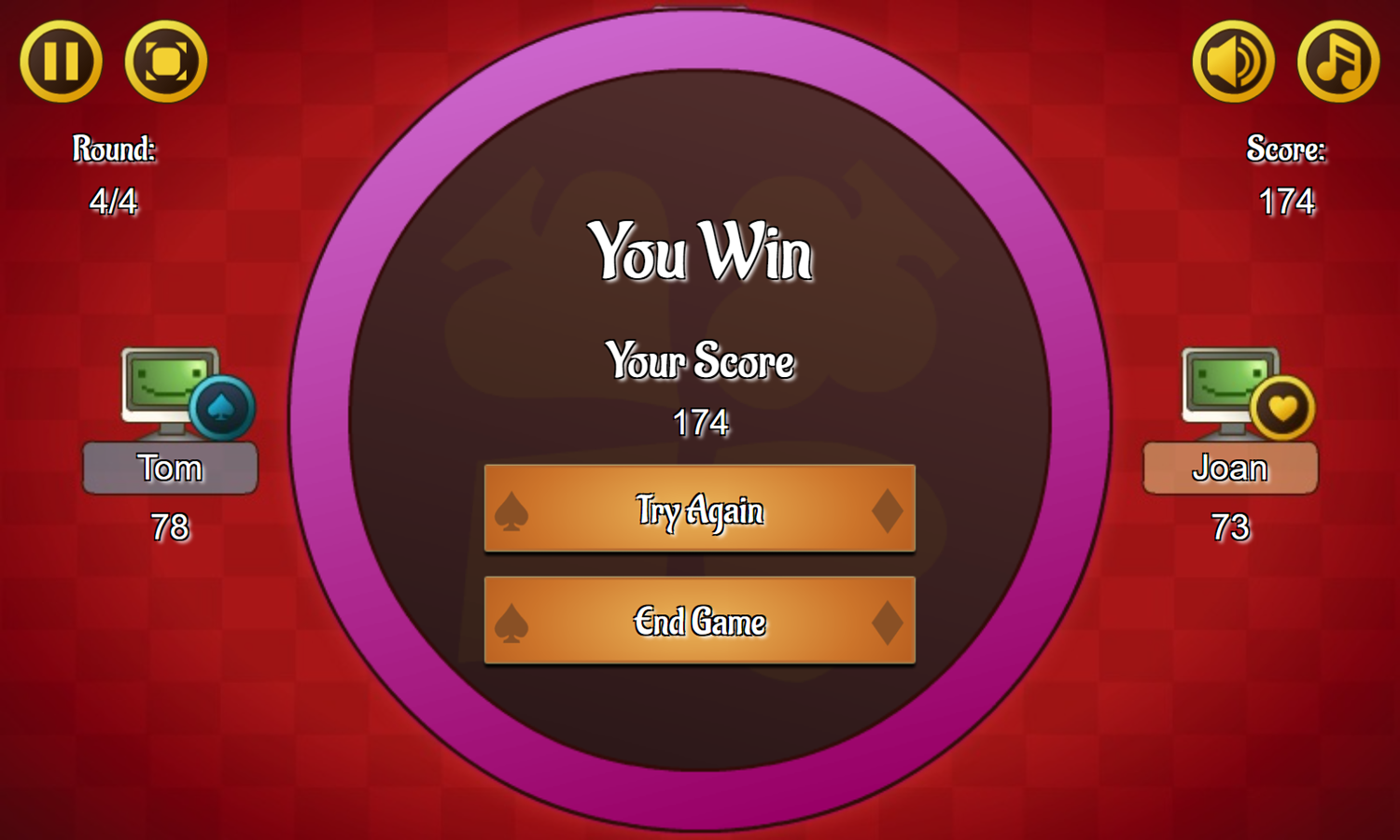