Help the vegan forces withstand the onslaught and carnage of King Bacon and his meaty minions. Pelt the incoming forces of unhealthy animal based foods to withstand the siege, all while our vile villain cracks corny jokes.

Children and parents can play this food fight game by clicking in the window below.

Alternatively kids and adults can play this food fighting video game for free as a web application here.

Defend the vegan stronghold against the forces of King Bacon by launching tomatoes at the oncoming invaders.

Like This Game? Review This Food Fighting Video Game for Young Girls & Boys 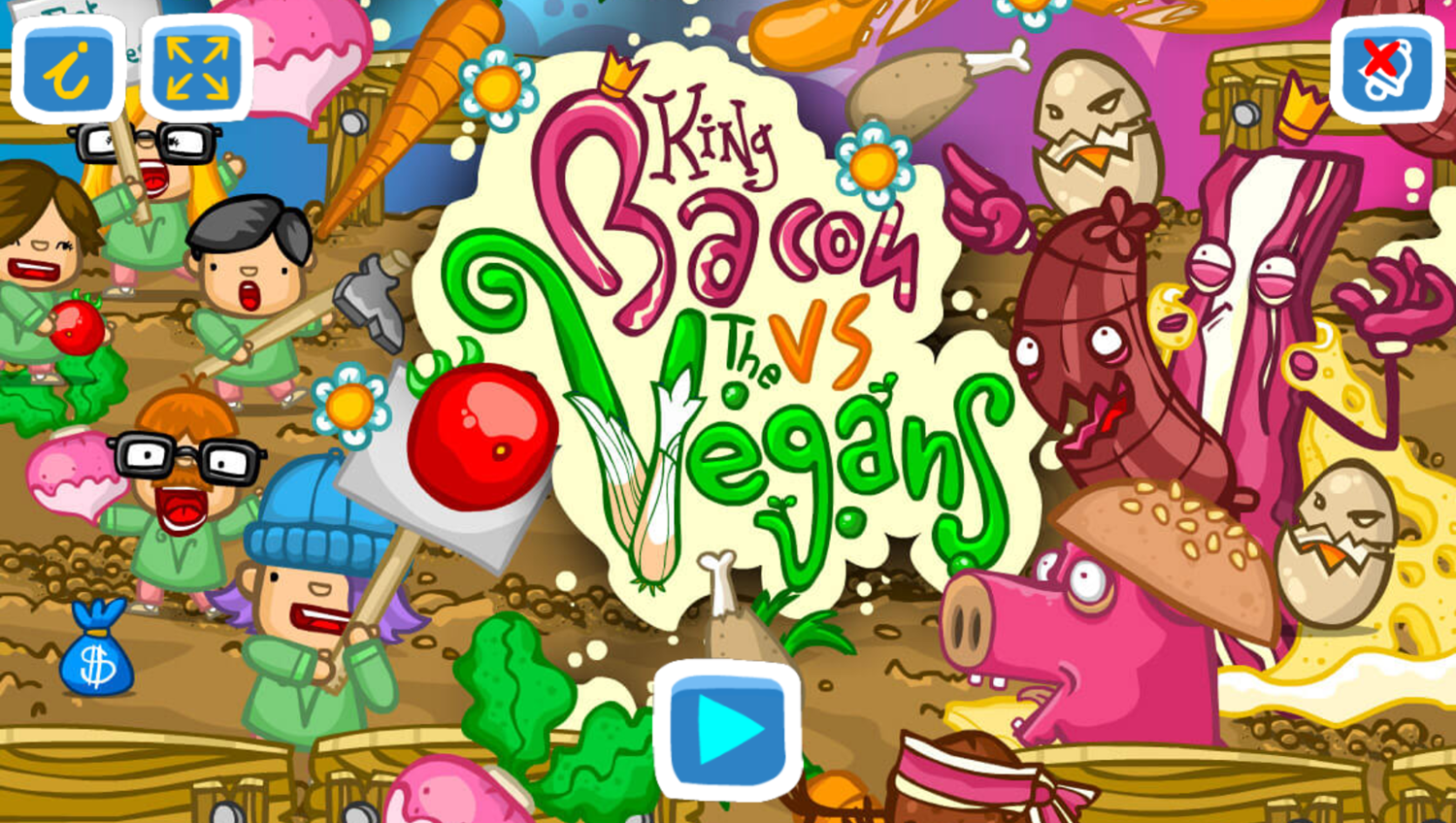 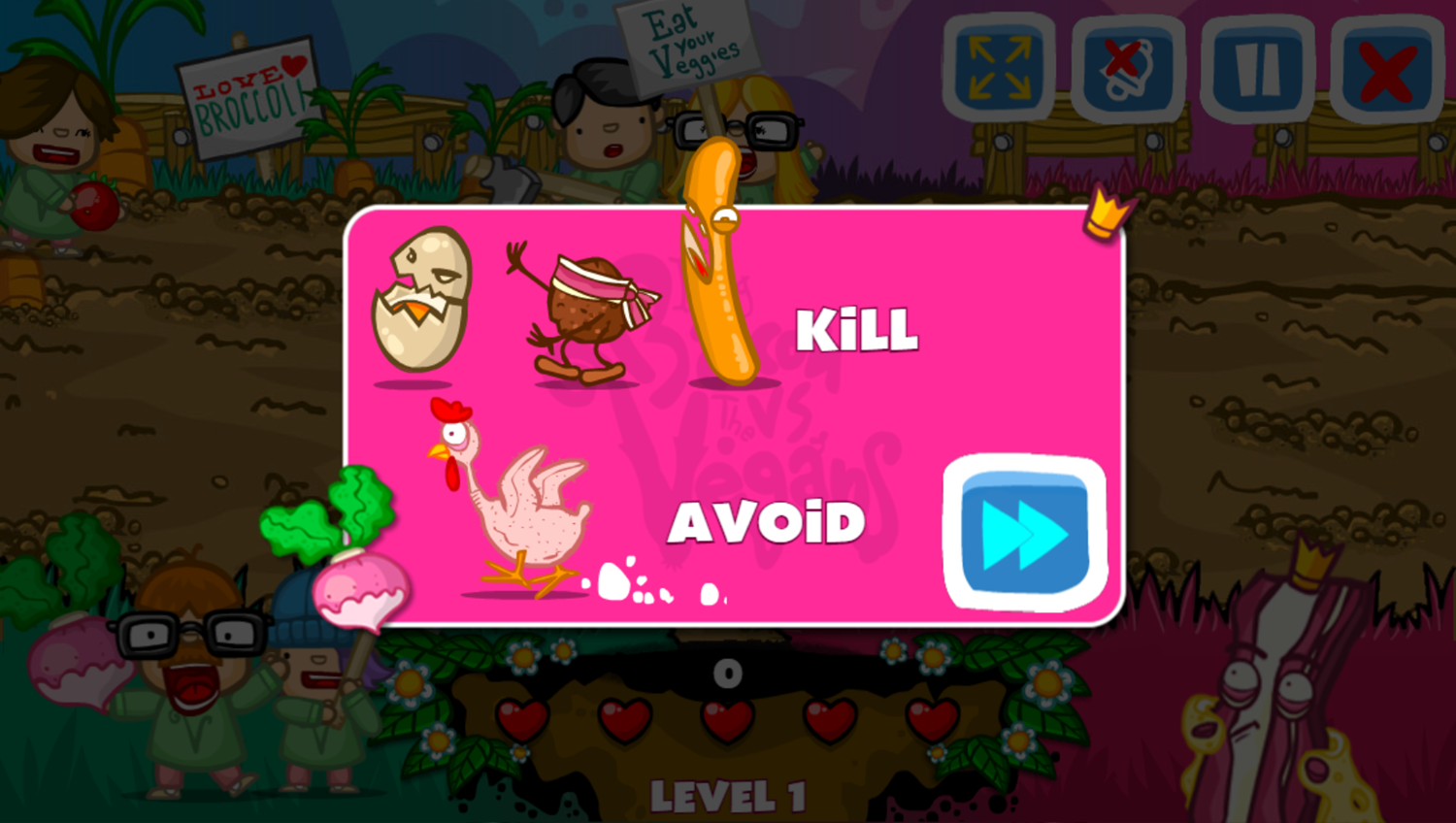 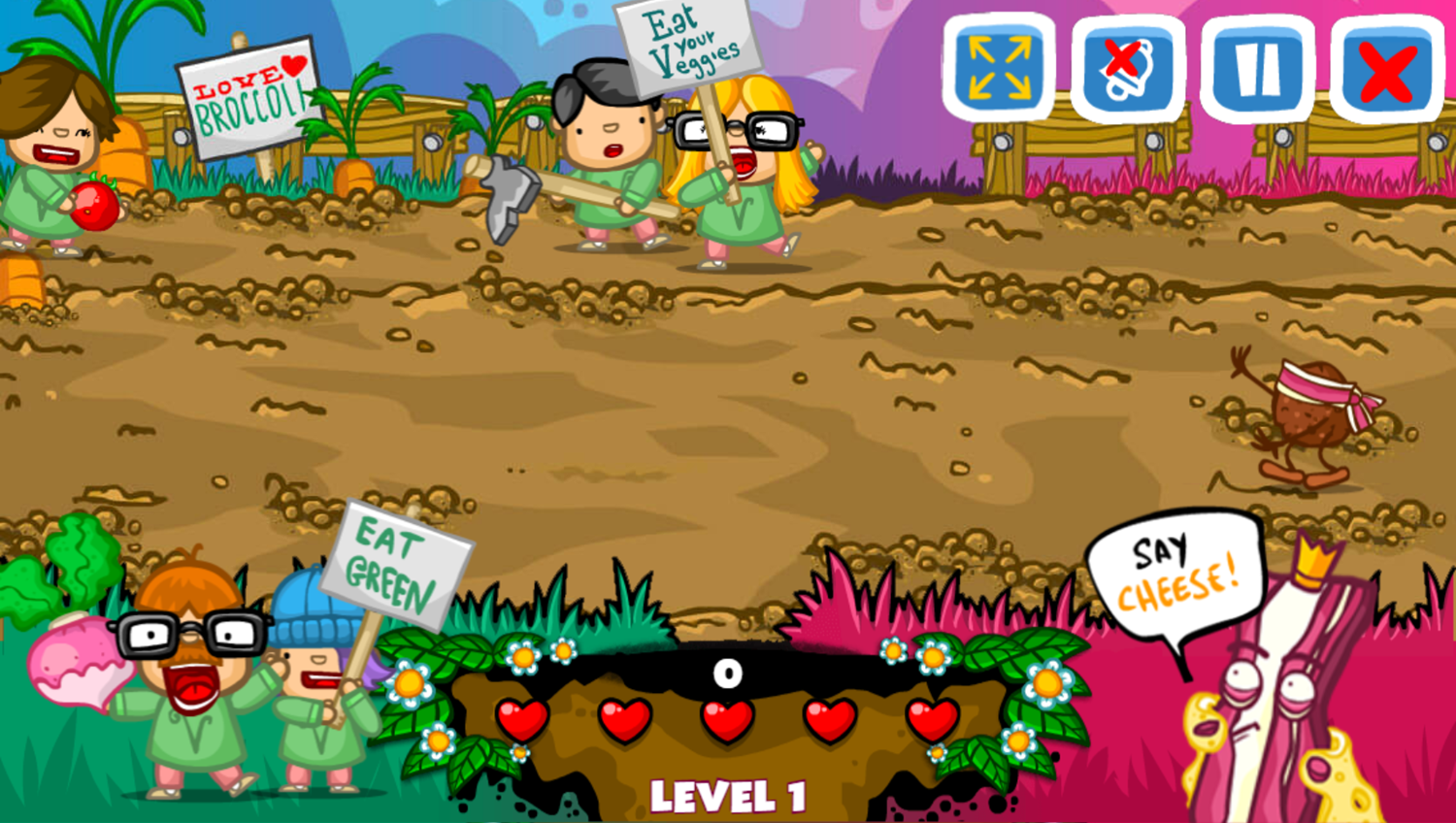 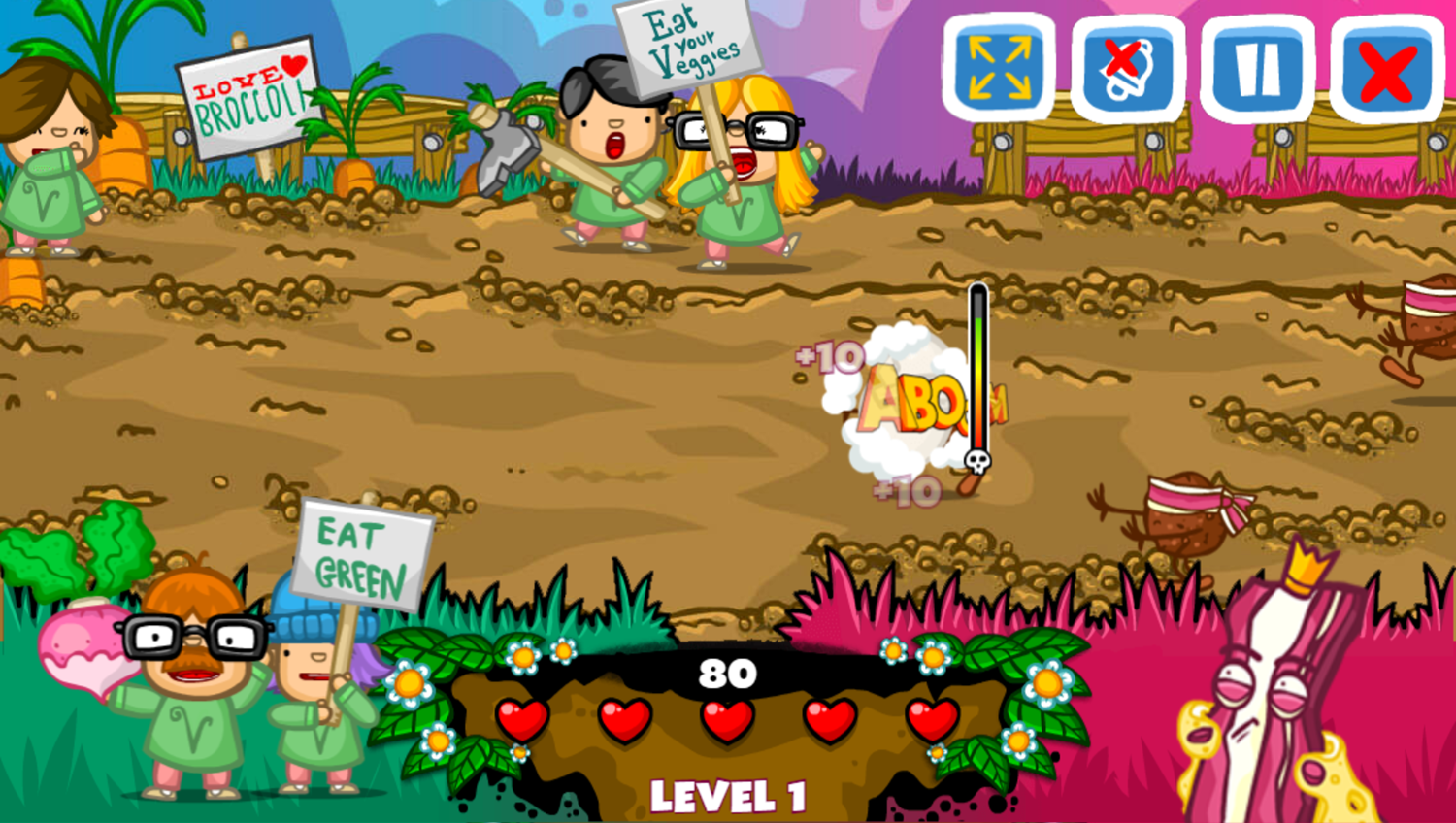 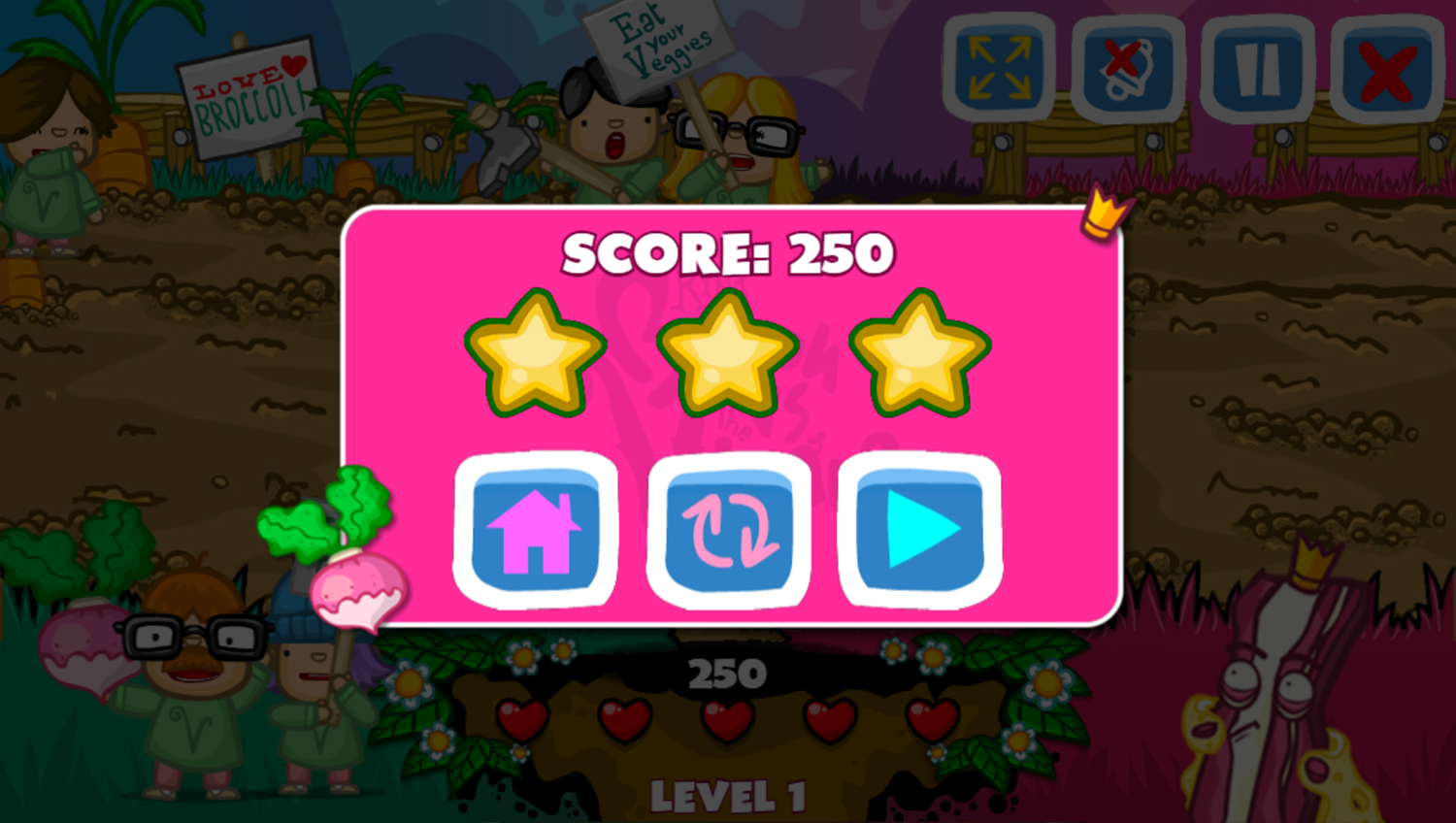