This is a 45-stage physics puzzle game inspired by minigolf. Rather than hitting the ball directly you set off an impulse near the ball and send it bouncing around the level.

Children and parents can play this mini golf inspired physics puzzle game by clicking in the window below.

Alternatively kids and adults can play this impulse ball bouncing video game for free as a web application here.

Set off impulses near the golf ball to push it around the level and into the hole. 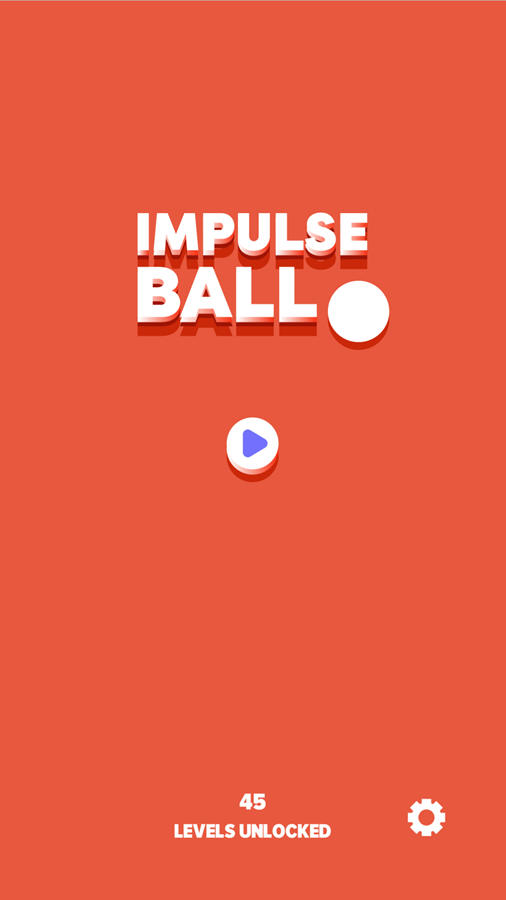 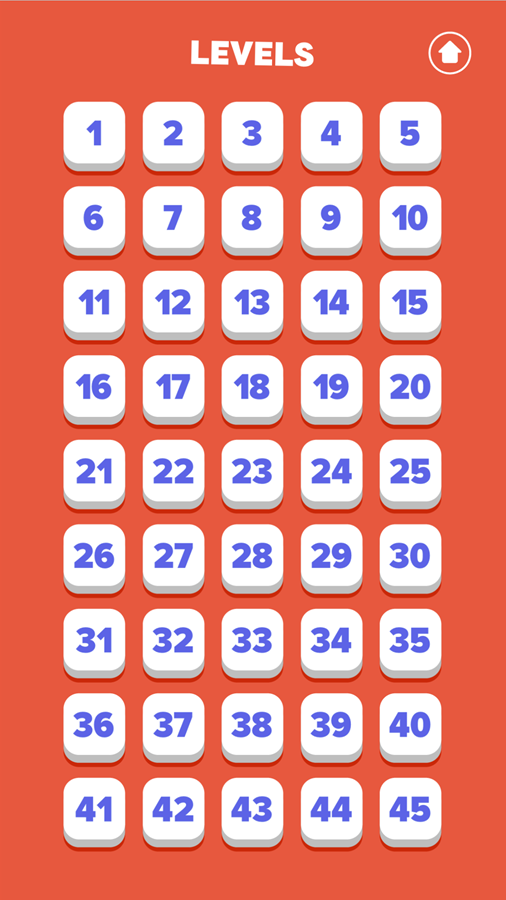 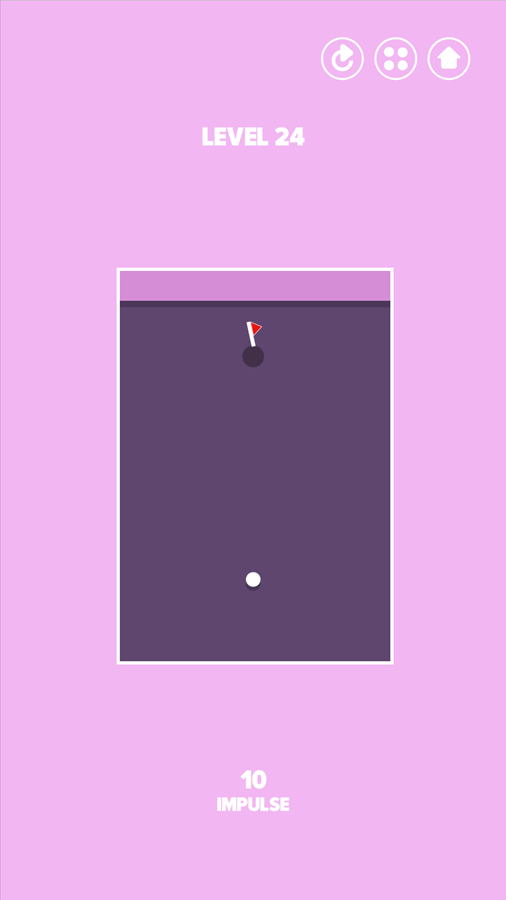 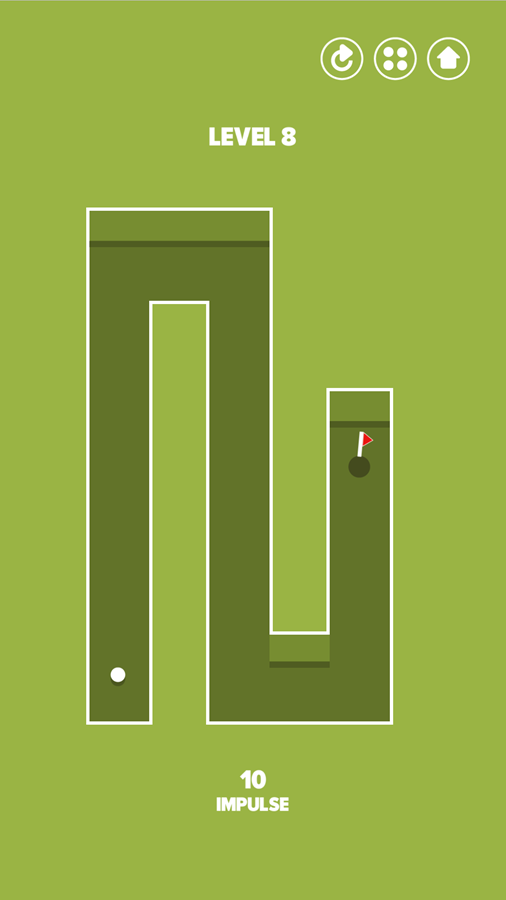 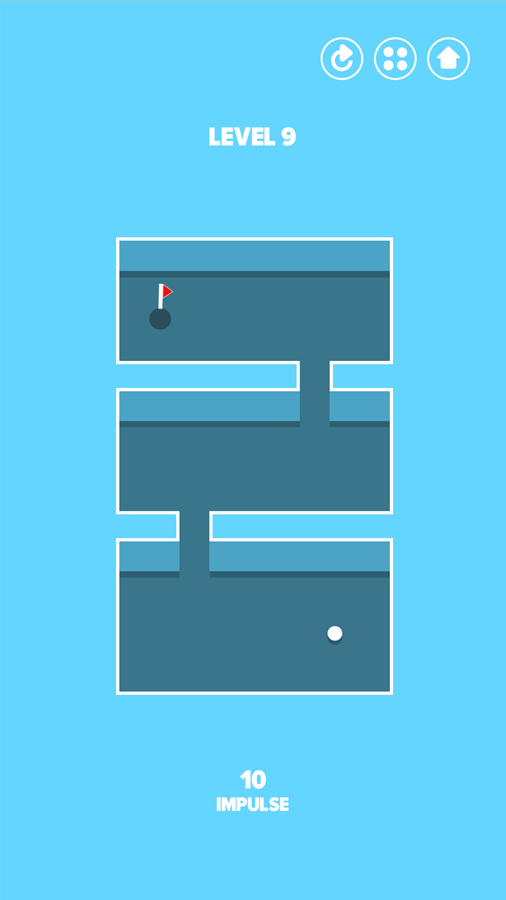 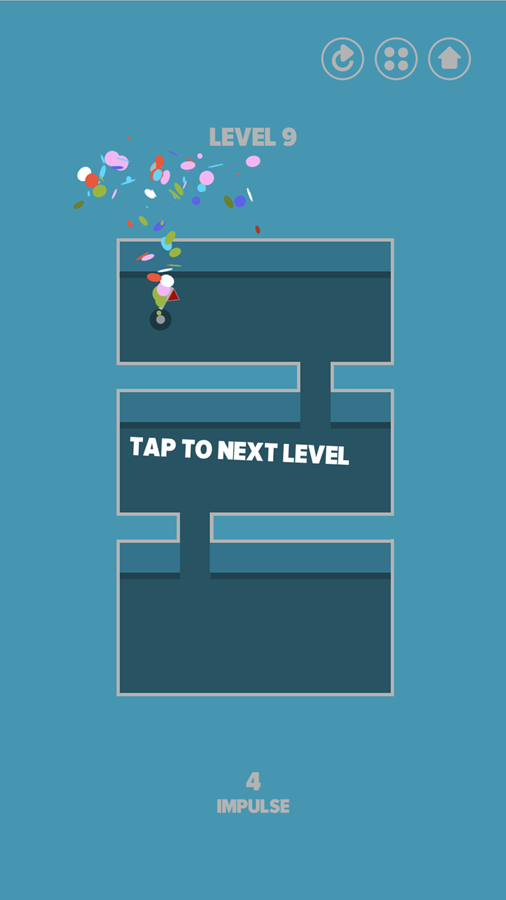 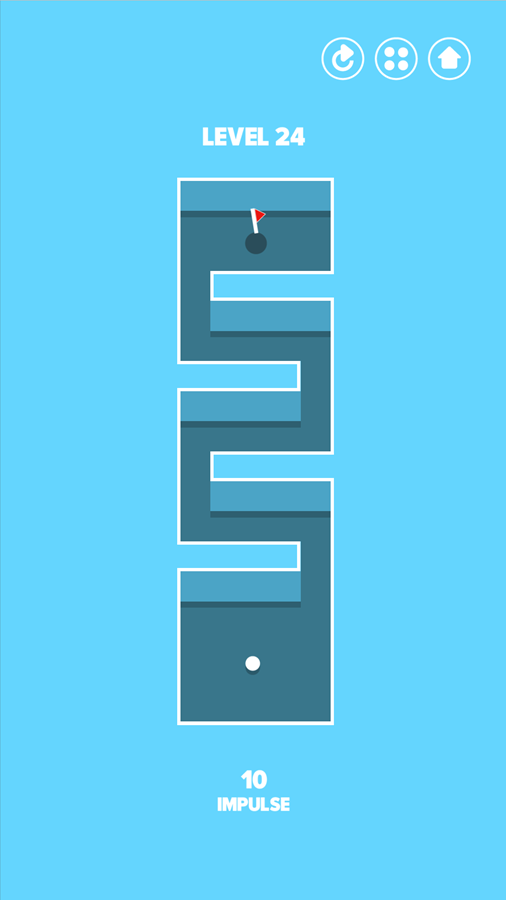 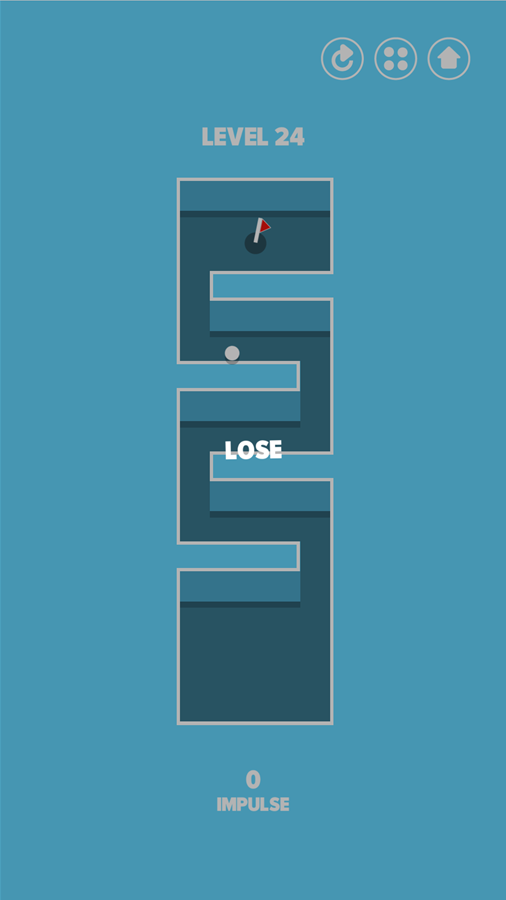 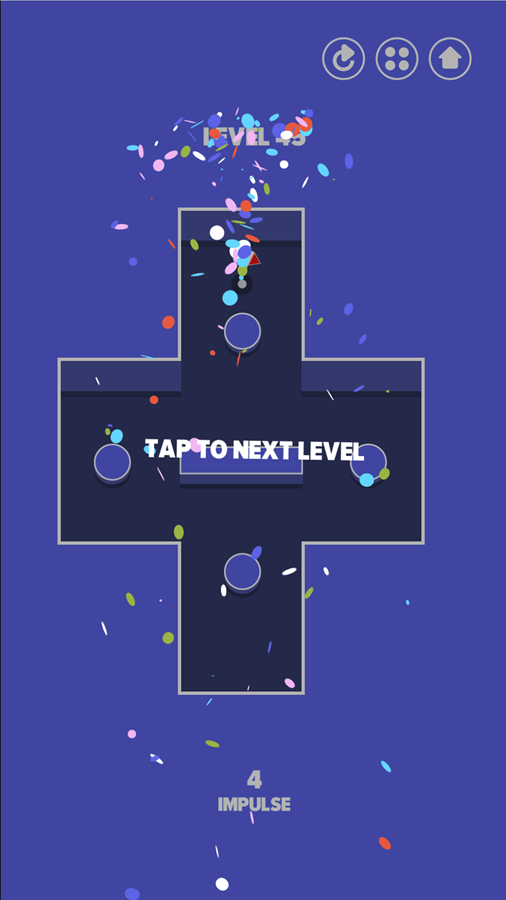 This game was published in these categories: Golf. You can visit any of them to select other fun games to play.