This game is a tropical vacation themed version of Freecell Solitaire. Players must build all 52 cards into suited ascending foundations to beat the game. The game has a 10-minute time limit. 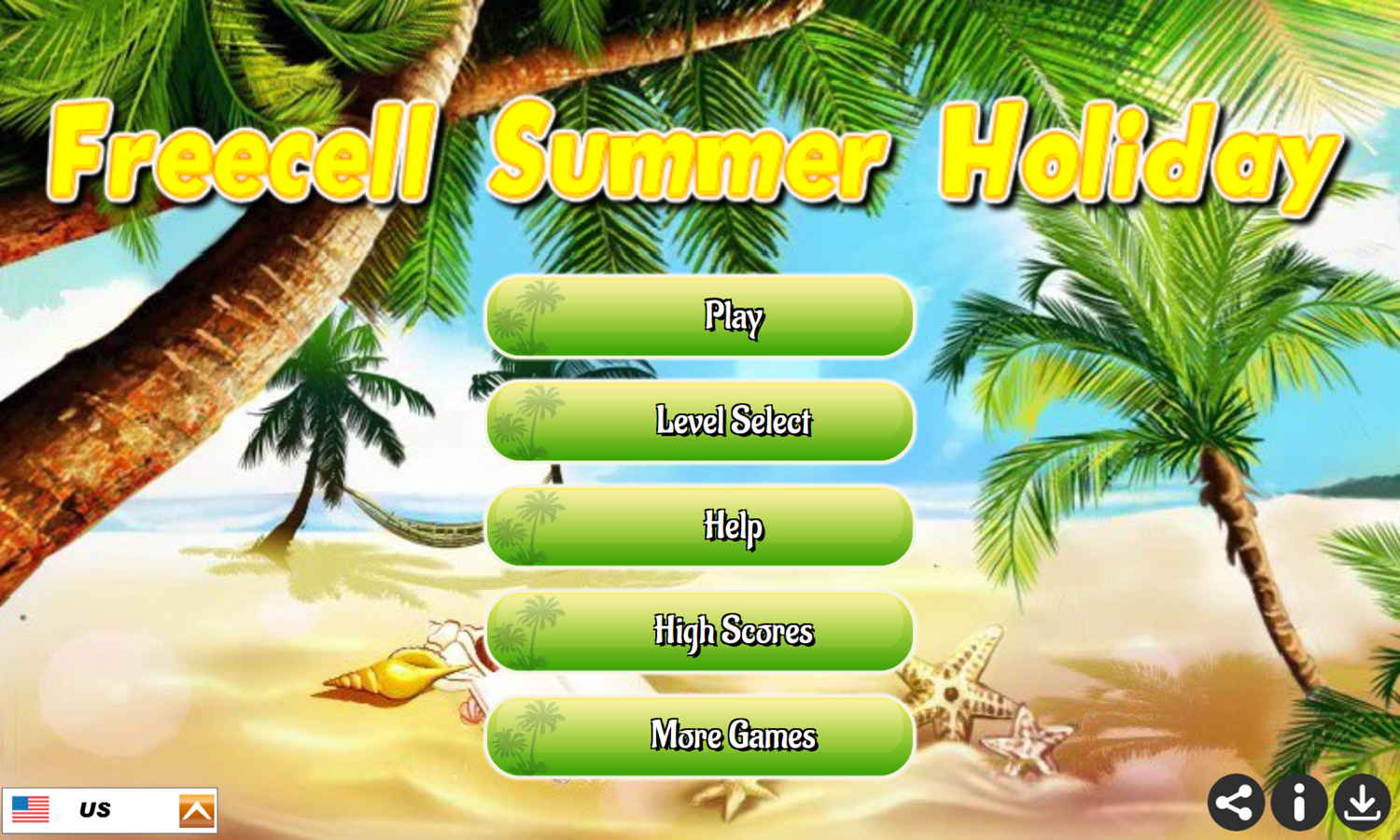 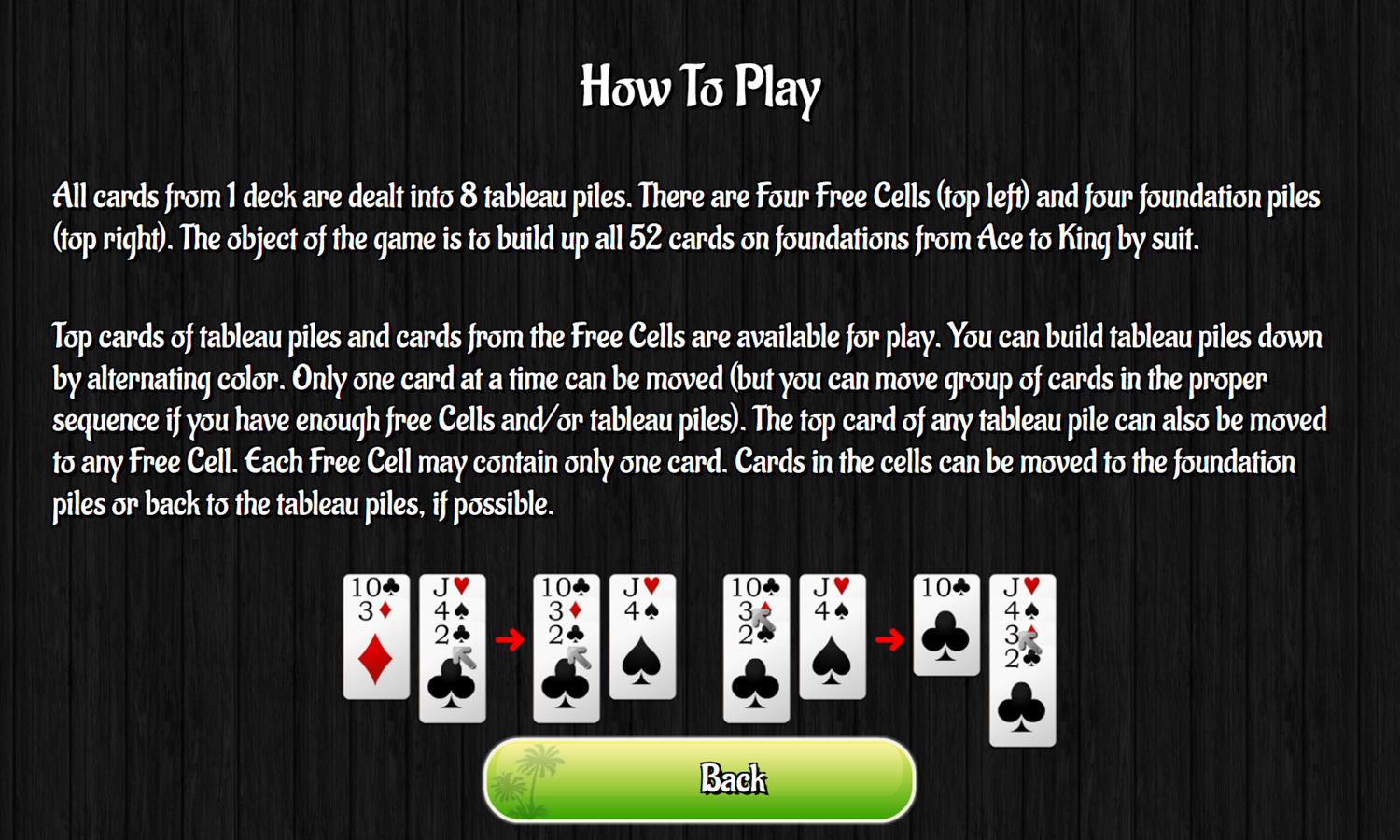 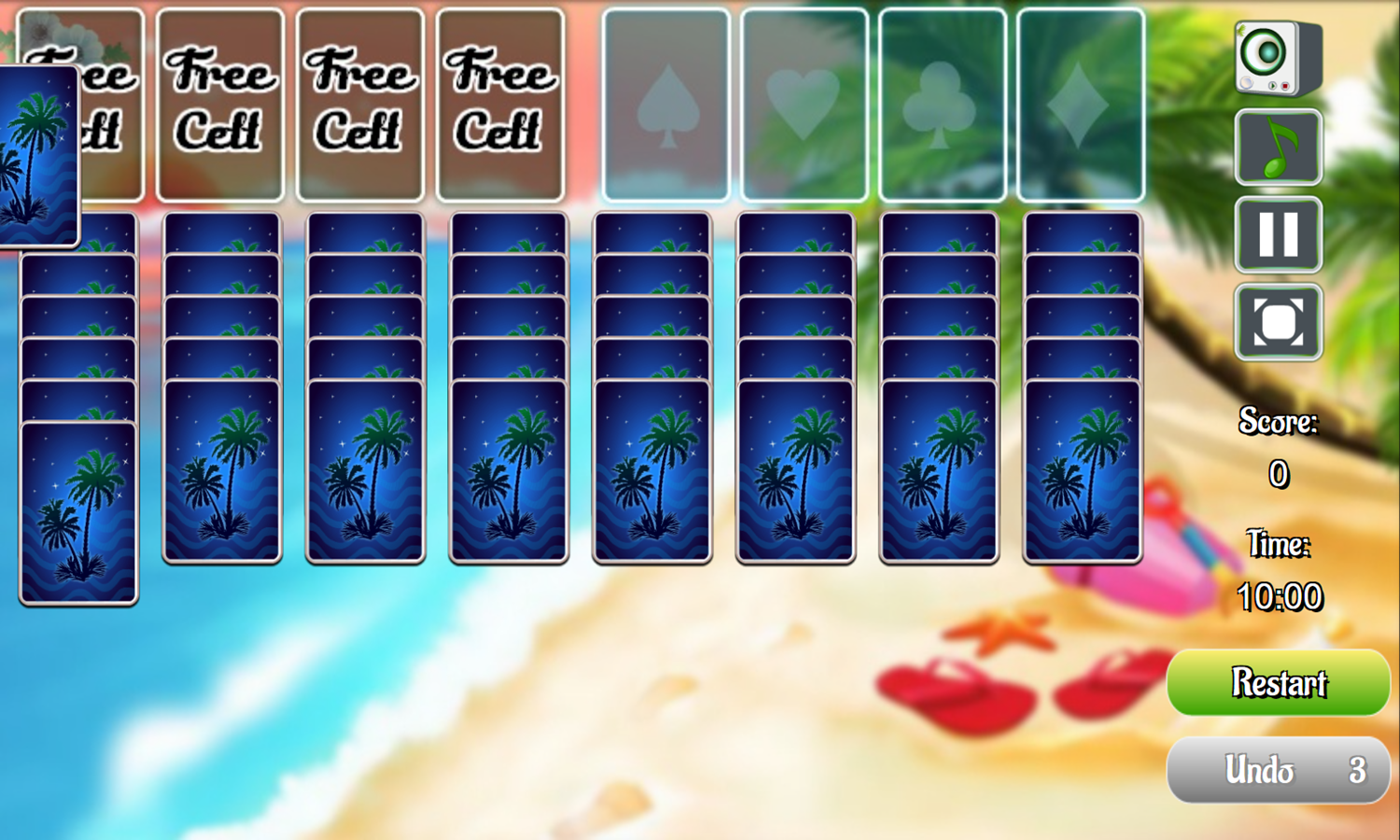 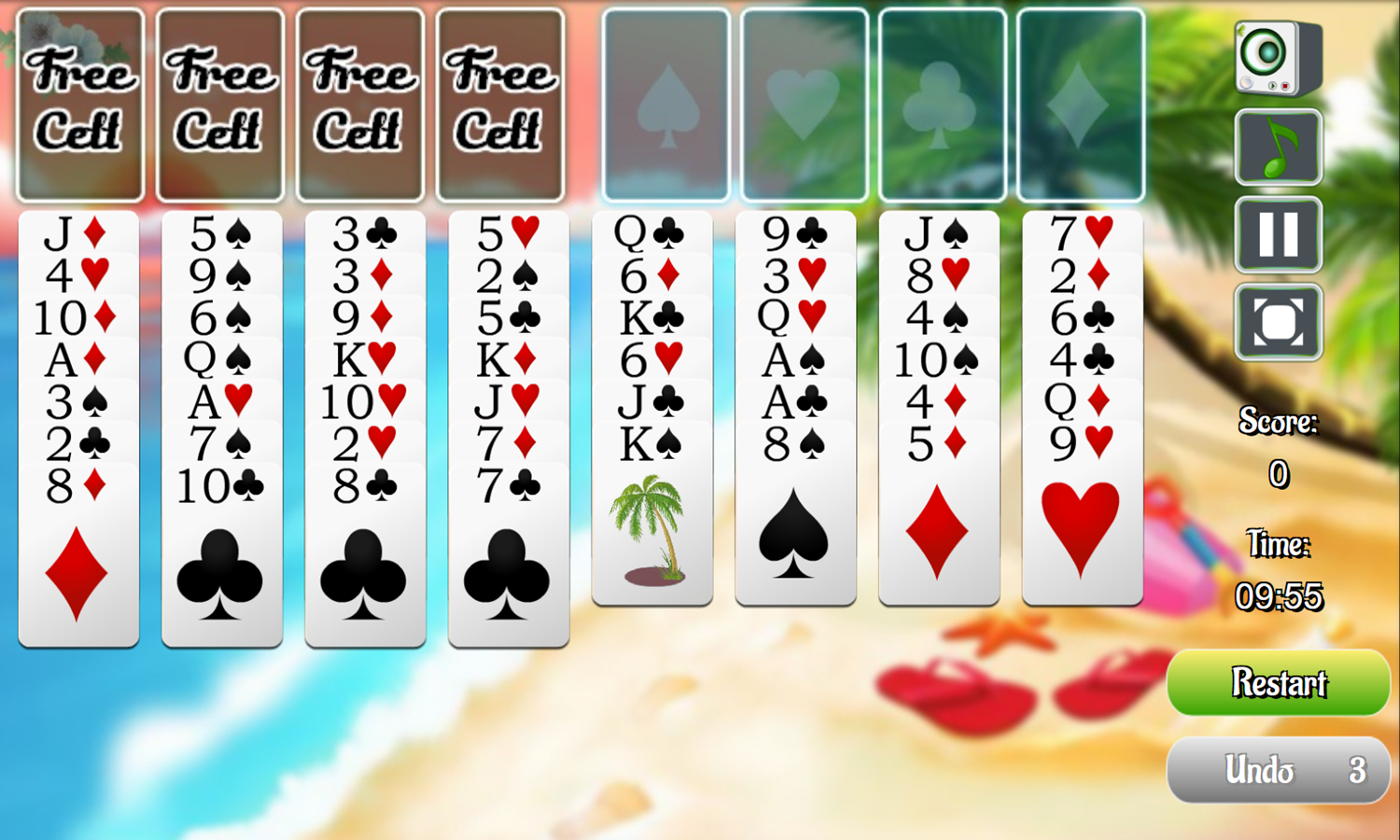 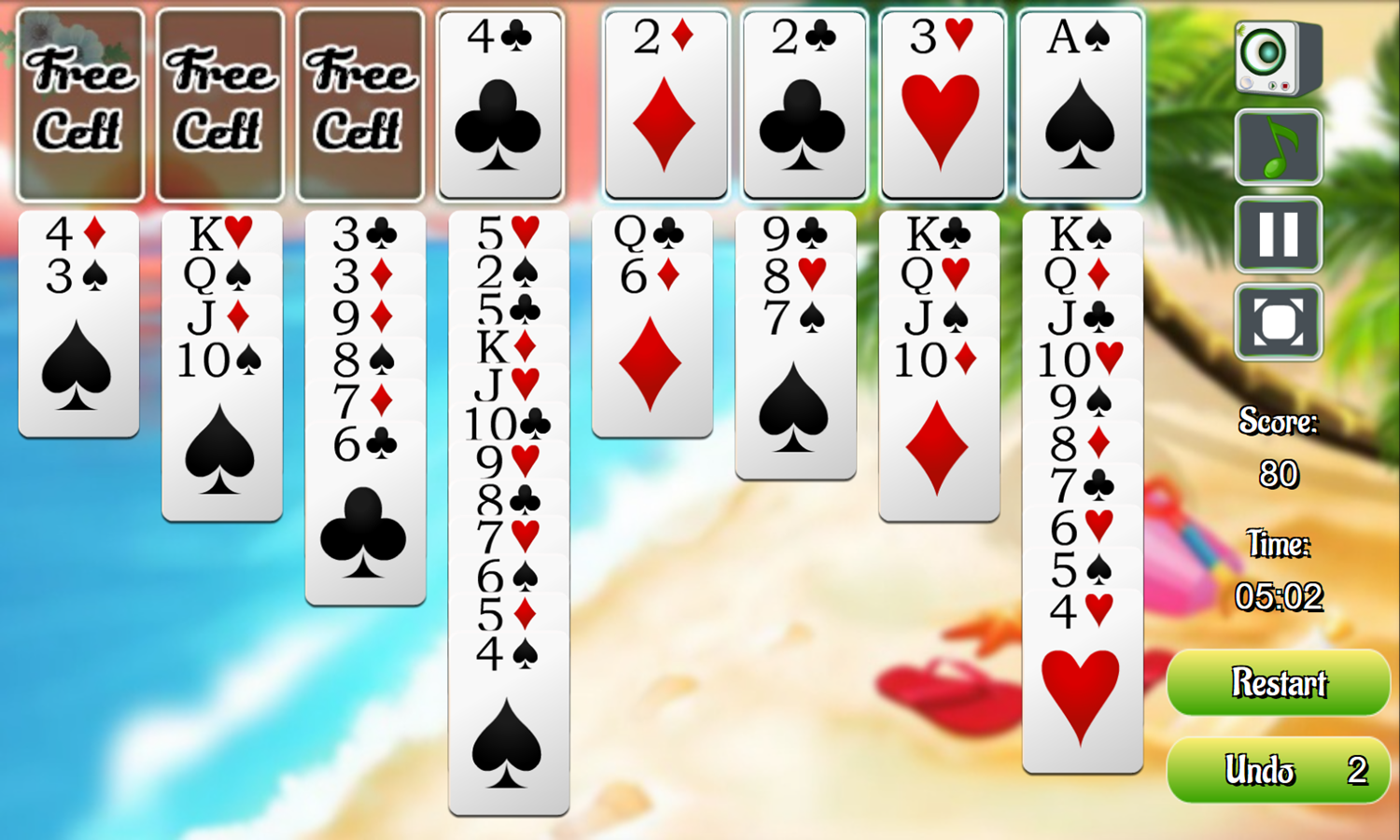 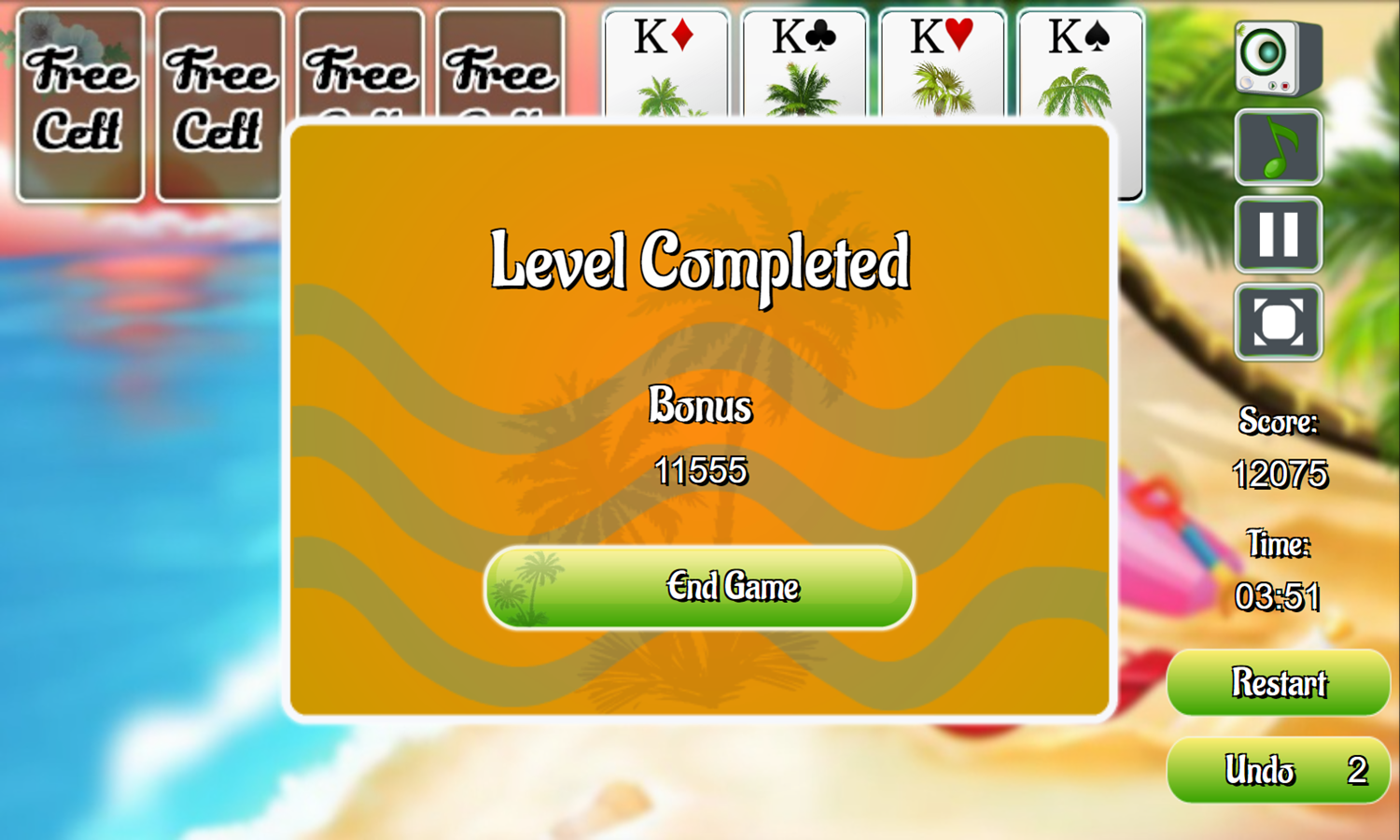 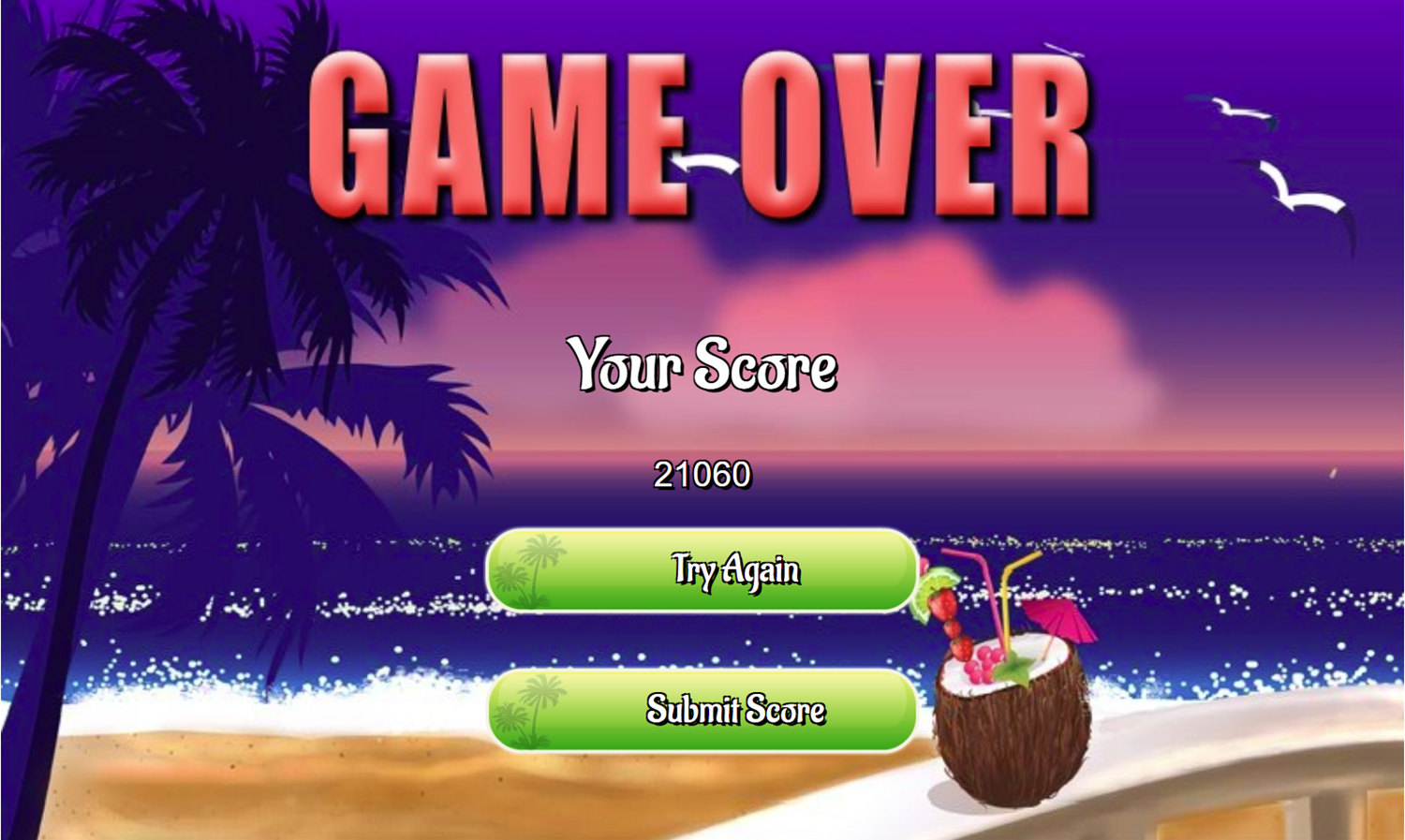