Gumball’s friends across Elmore are thirsty and can not seem to beat the heat. Play Gumball and Darwin to serve Banana Joe, Carmen, Carrie Krueger, Penny Fitzgerald and Tobias Wilson water in this 30-level physics and logic puzzle game.

Children and parents can play this water balloon shooting & rock throwing physics game by clicking in the window below.

Alternatively kids and adults can play this hydrating logic puzzle game for free as a web application here.

Help Gumball and Darwin aim their shots to cool off friends in dire need of water. 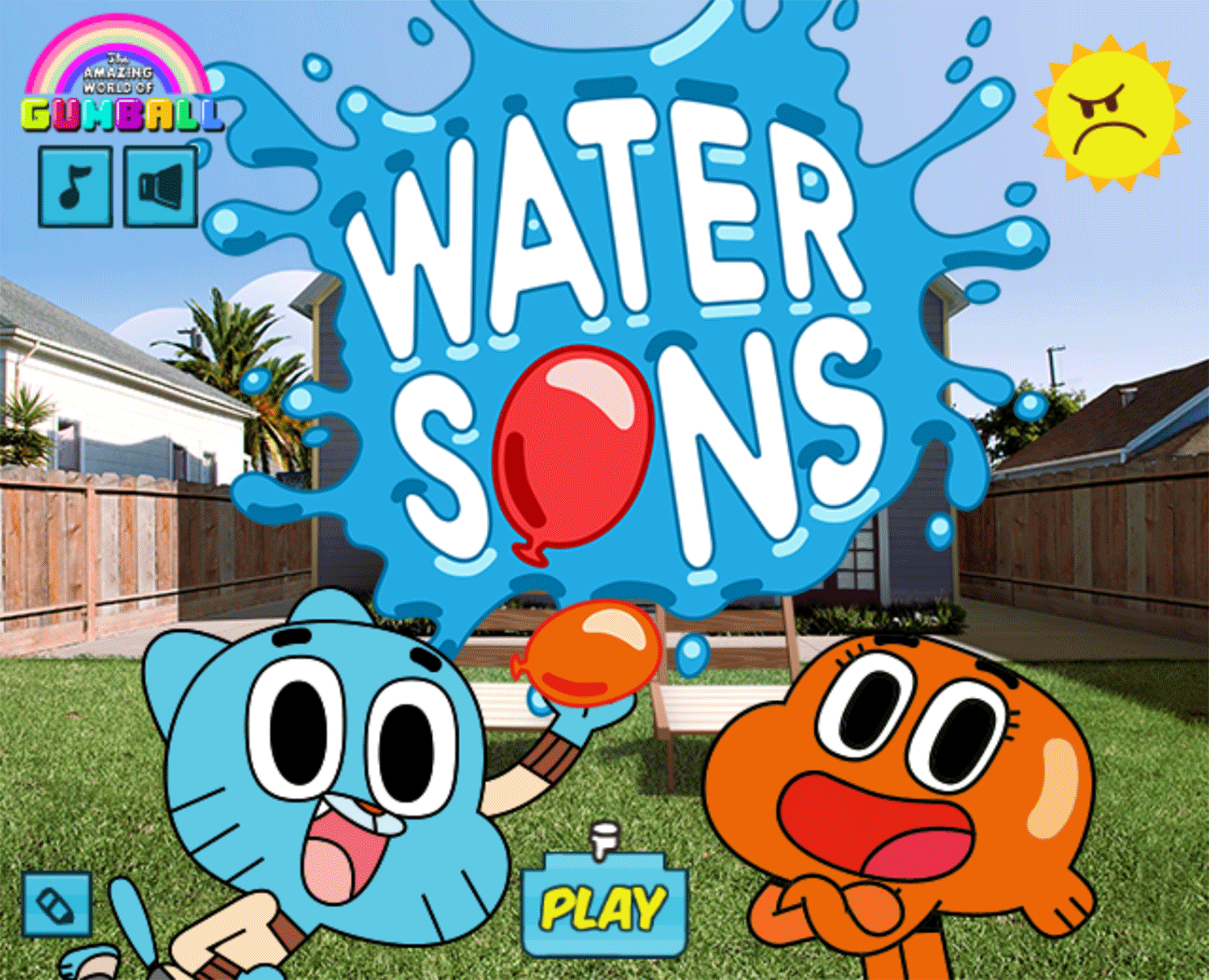 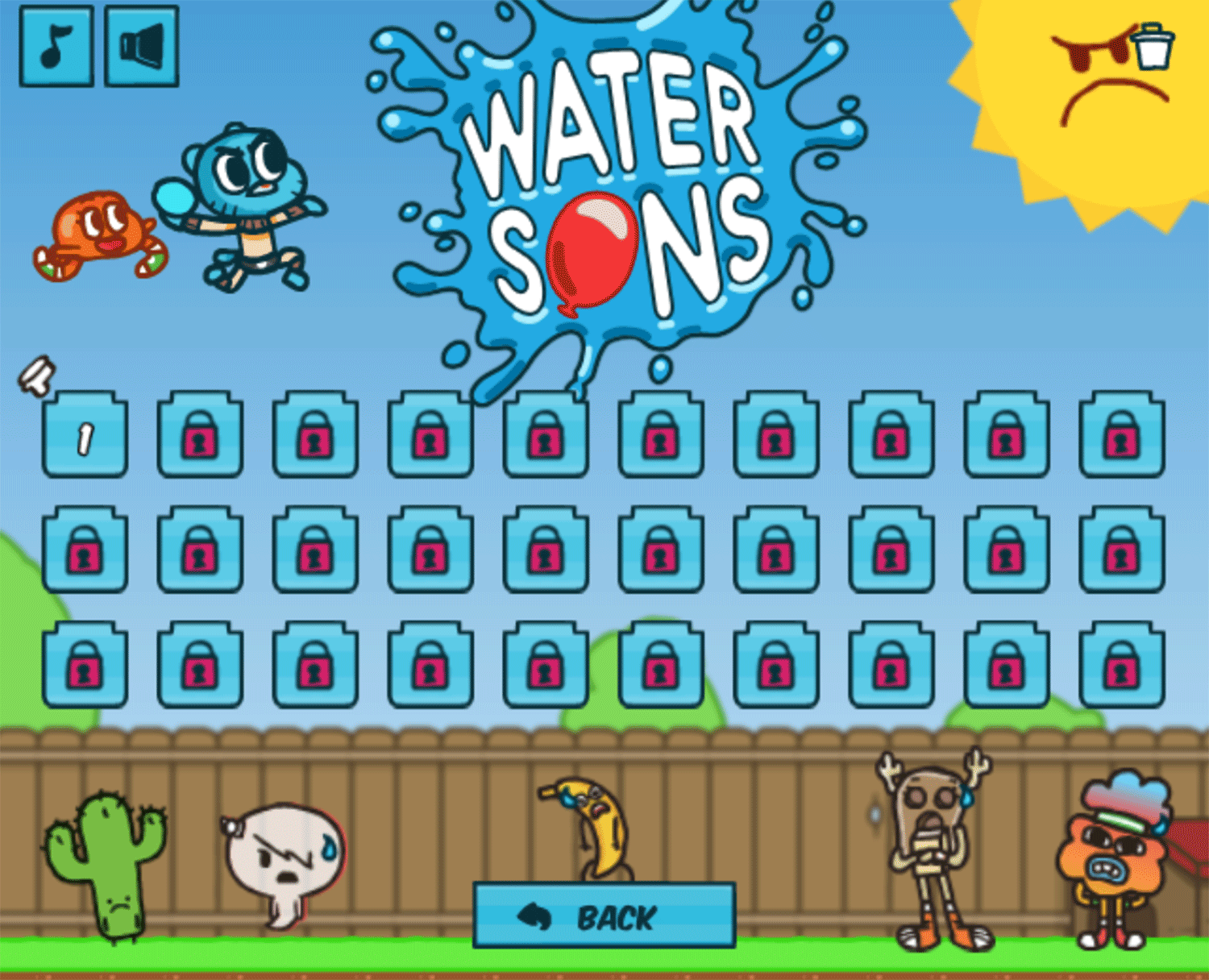 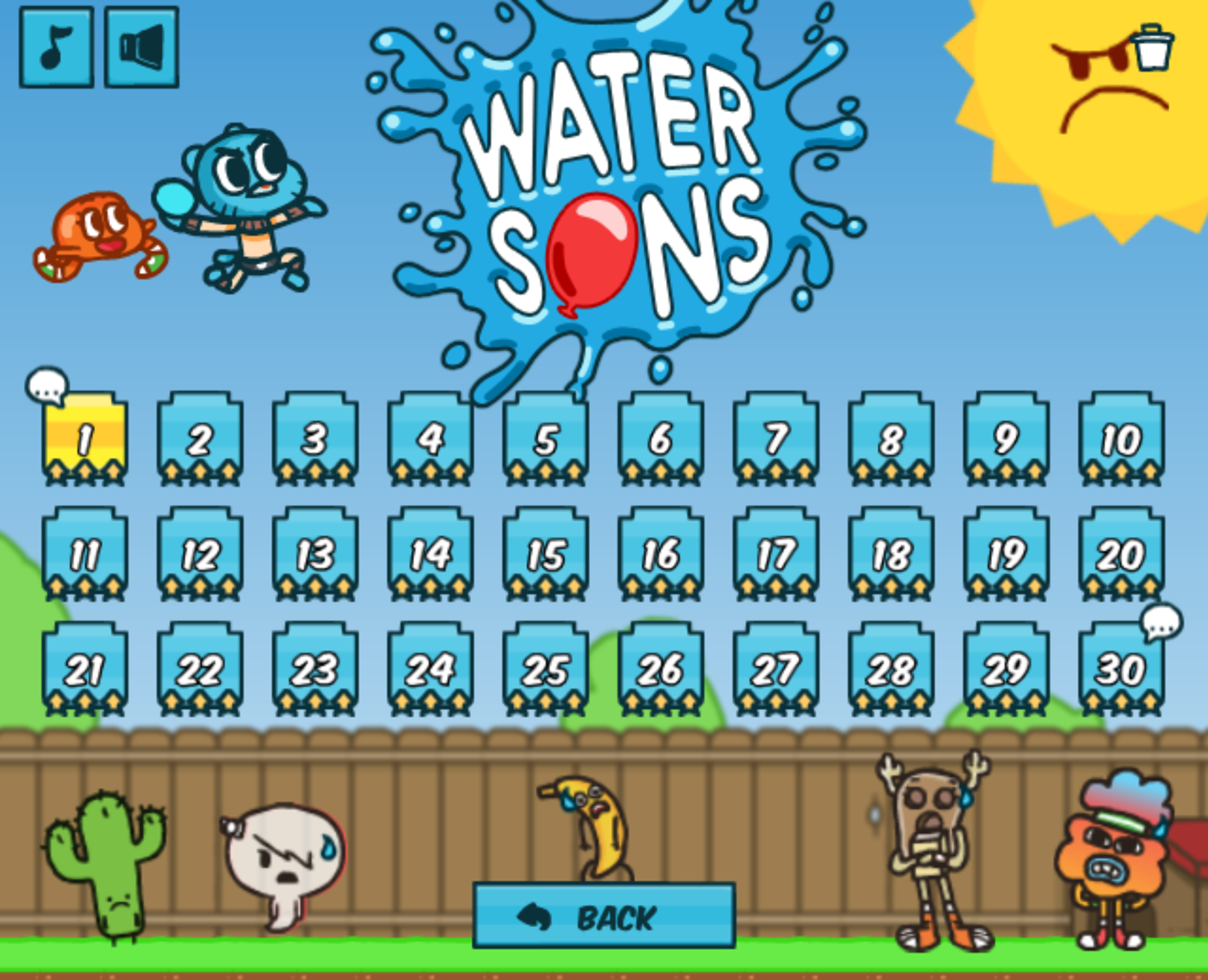 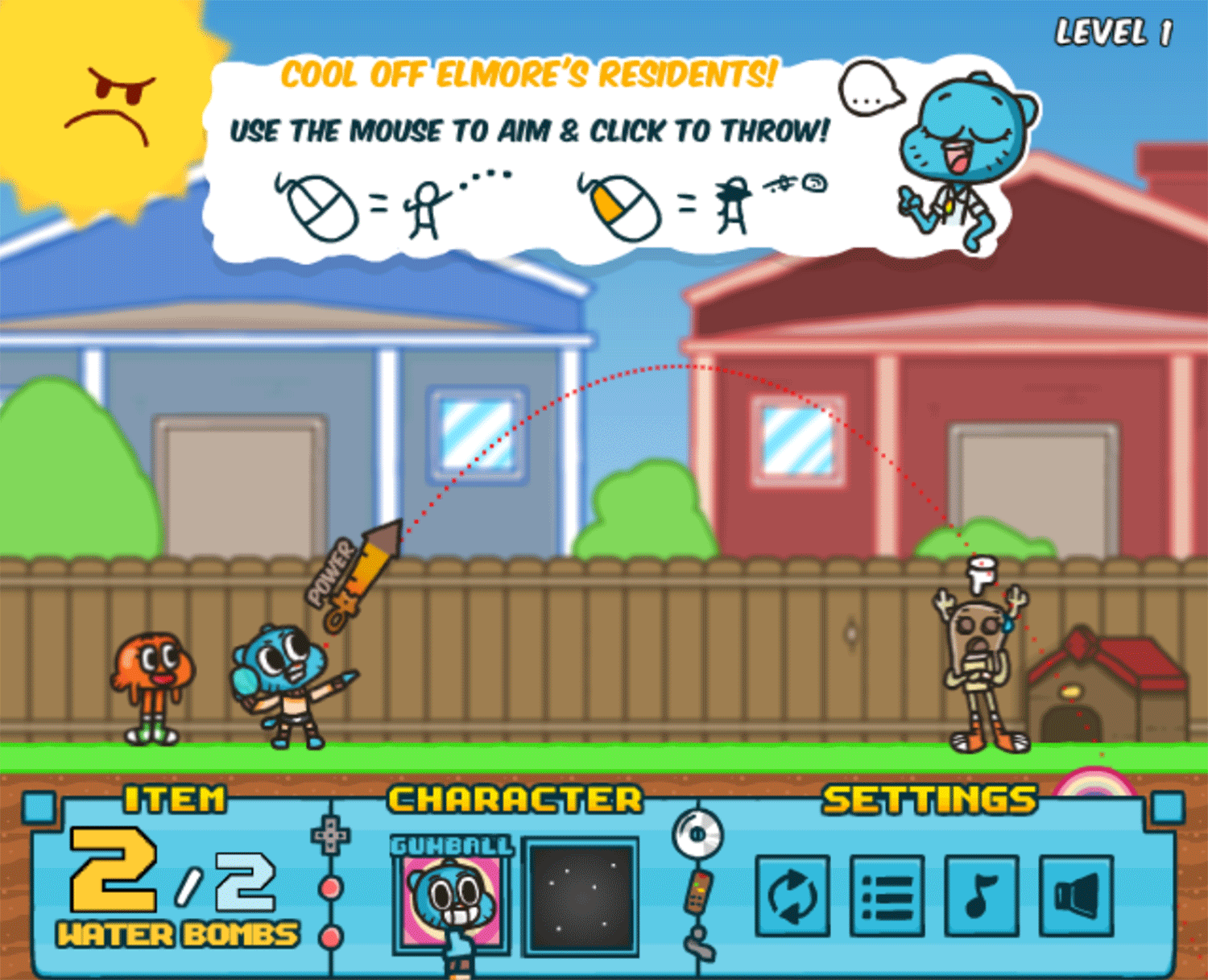 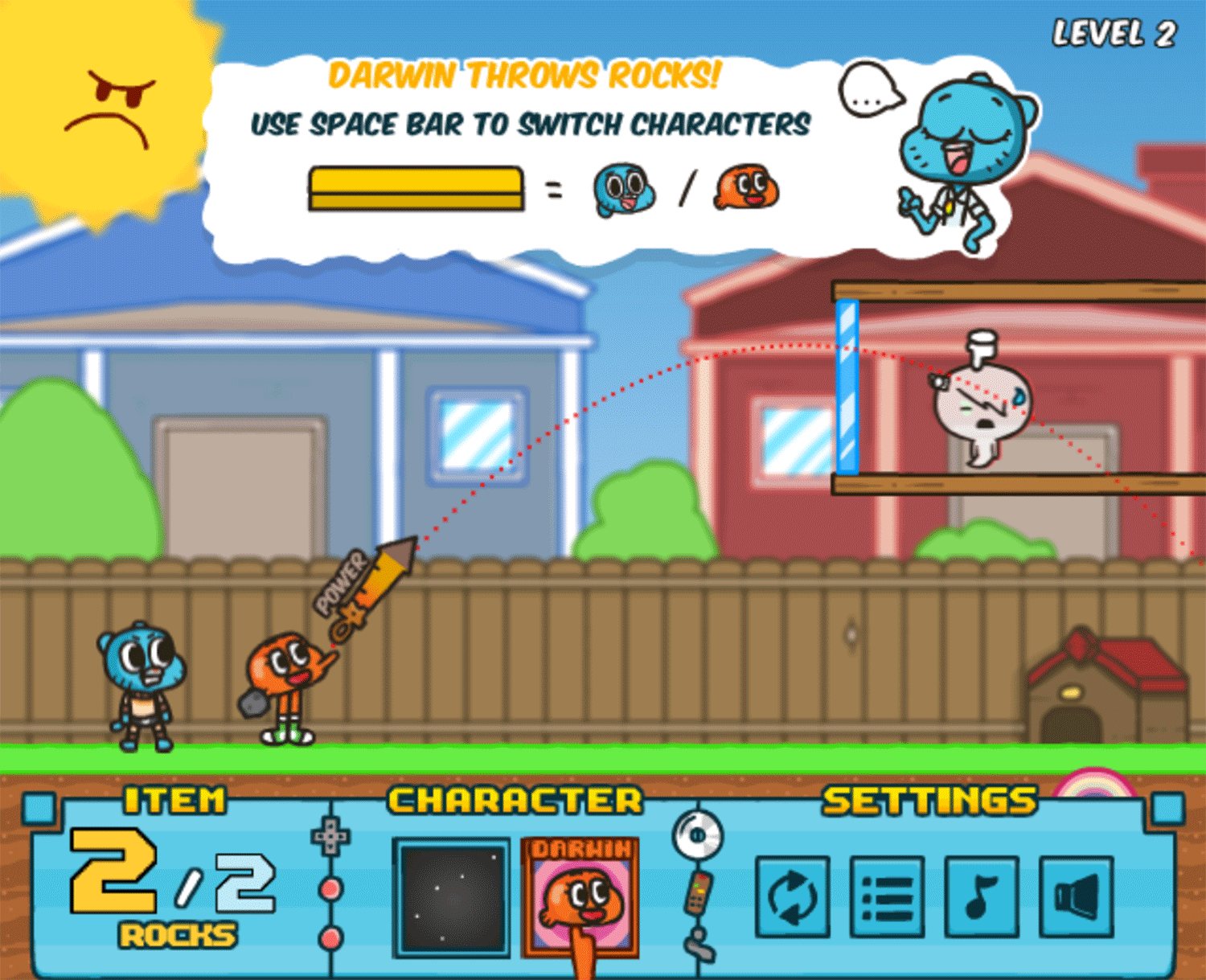 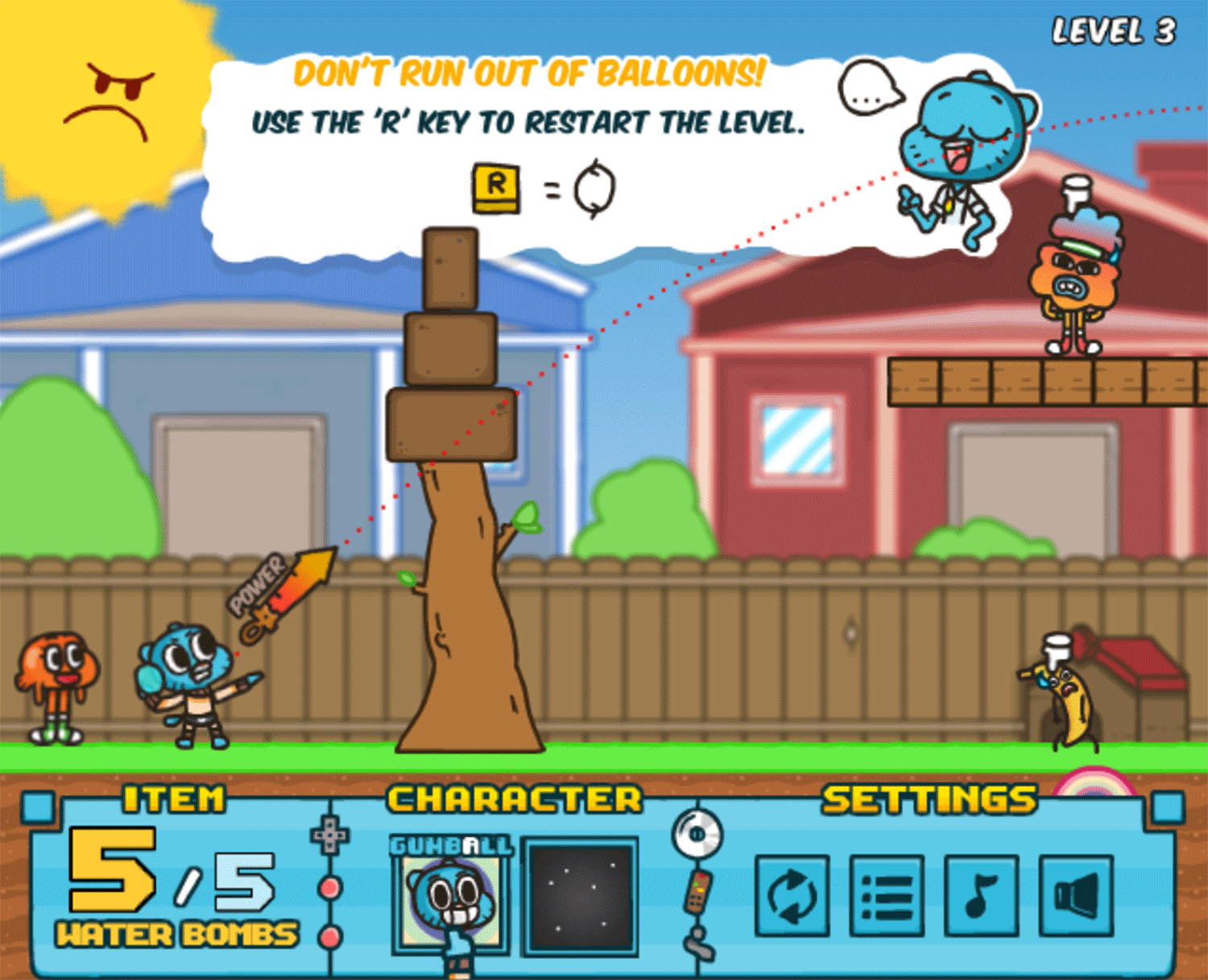 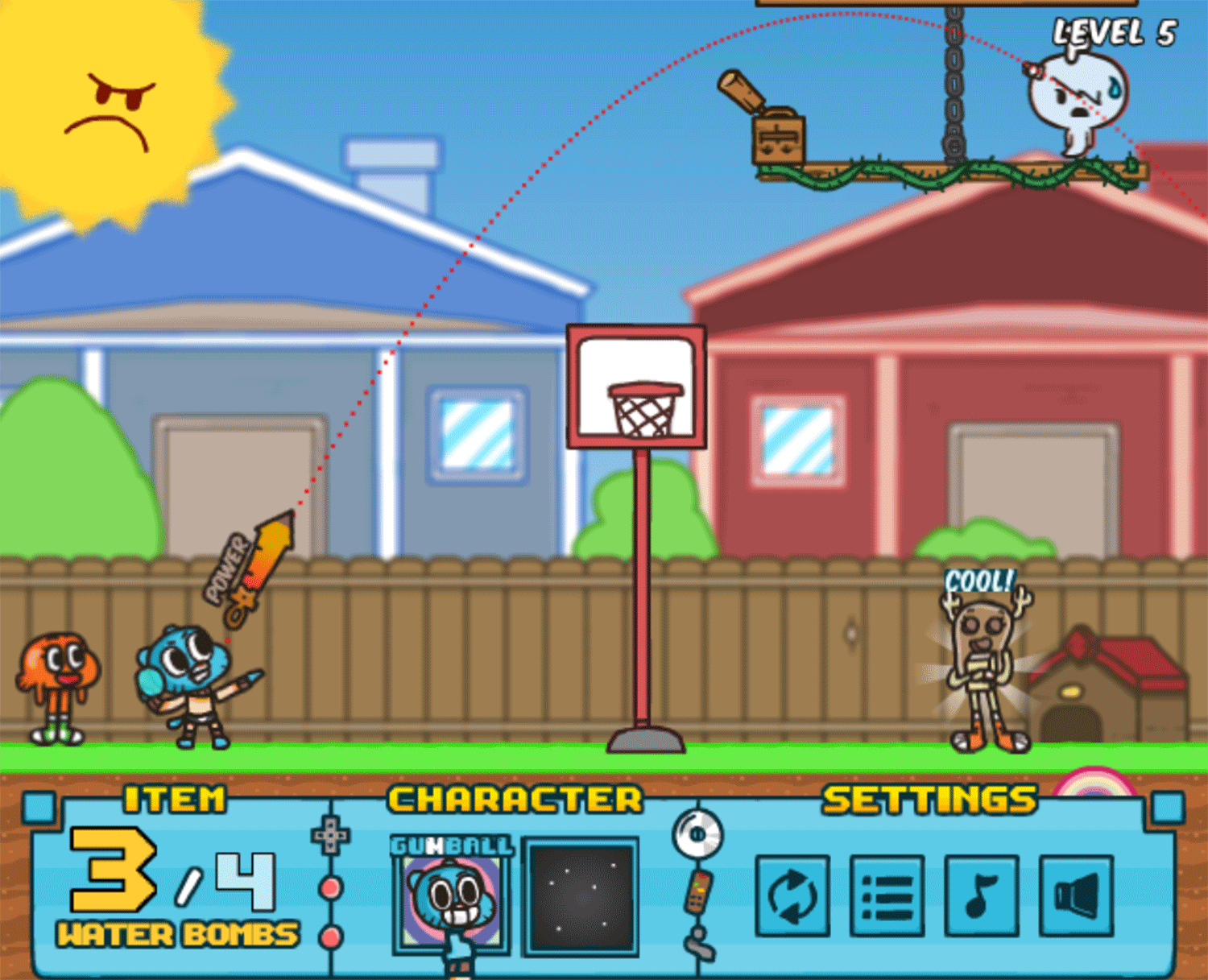 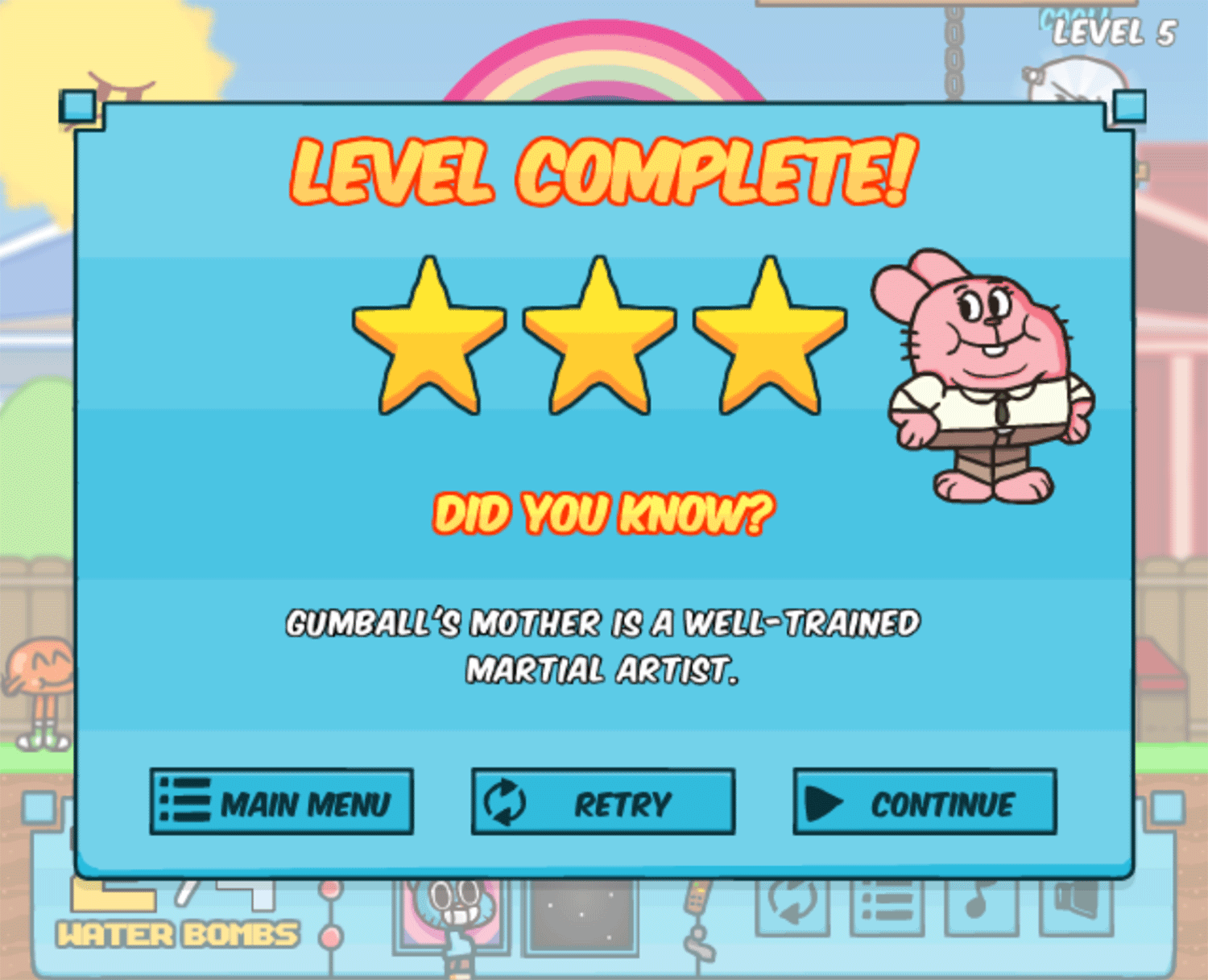 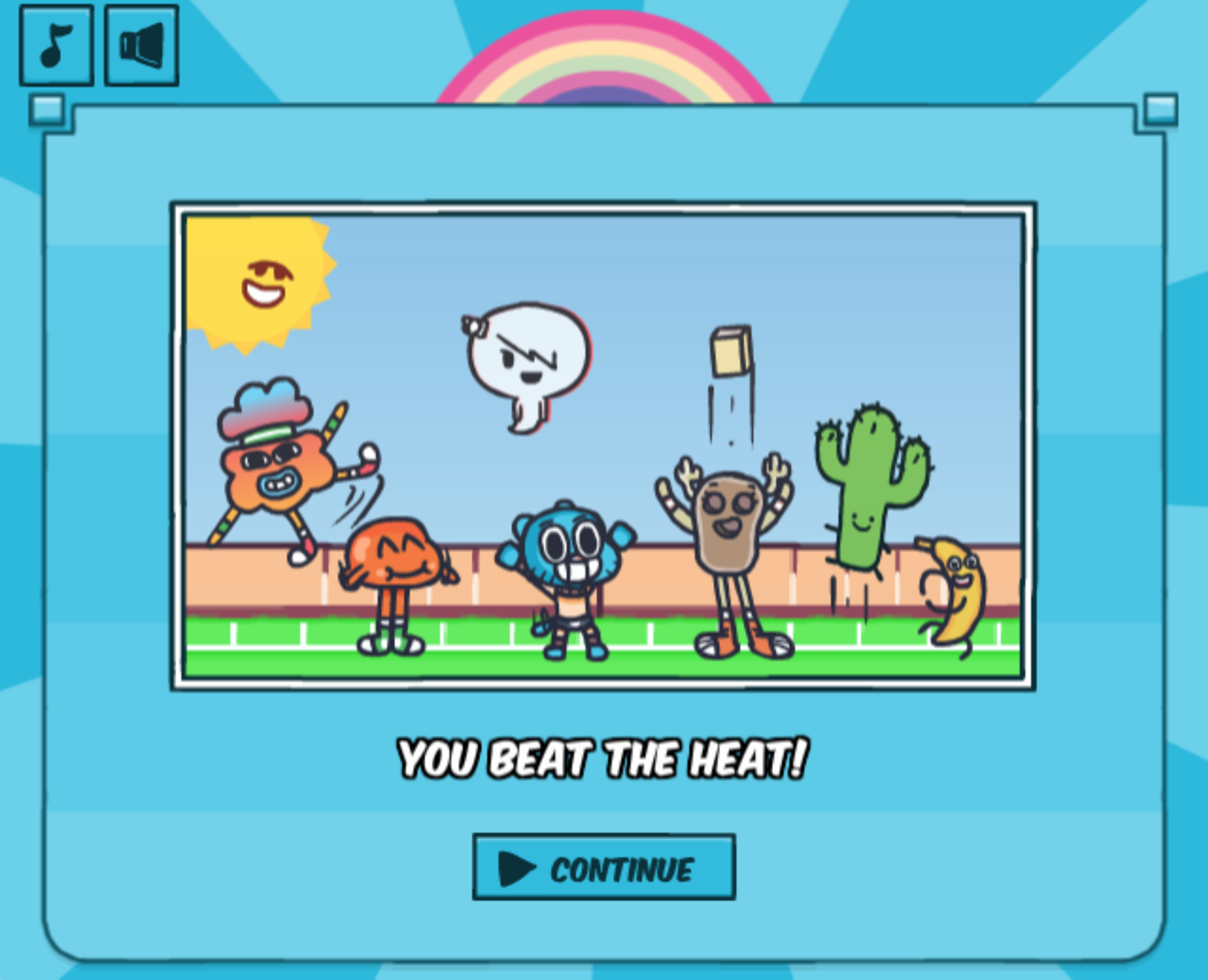 This game was published in these categories: Gumball, Logic, Physics. You can visit any of them to select other fun games to play.