This is a simple platforming puzzle game based on the hit Cartoon Network series. As Gumball and Darwin, get to the doors on the other side to meet their classmates for a photo-op session. Avoid violent enemies and the sinister Miss Simian.

Alternatively kids and adults can play this Gumball & Darwin logic puzzle video game for free as a web application here.

Help Gumball and Darwin navigate through each stage until they reach their classmate. Use switches to clear a path for them to reach the end of each stage. Avoid enemies like Ms. Simian.

Like This Game? Review This Gumball Coloring Video Game for Young Girls & Boys 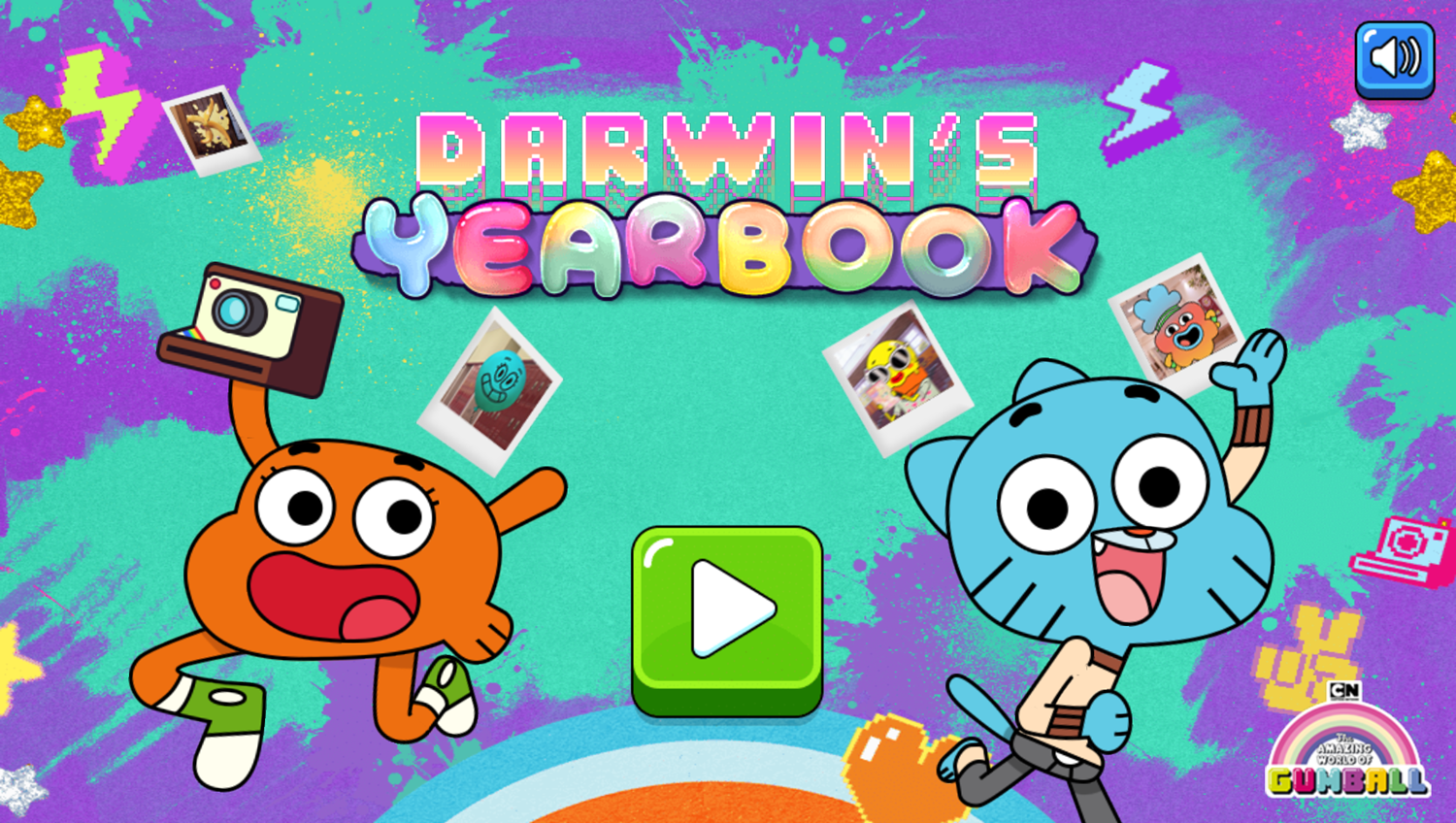 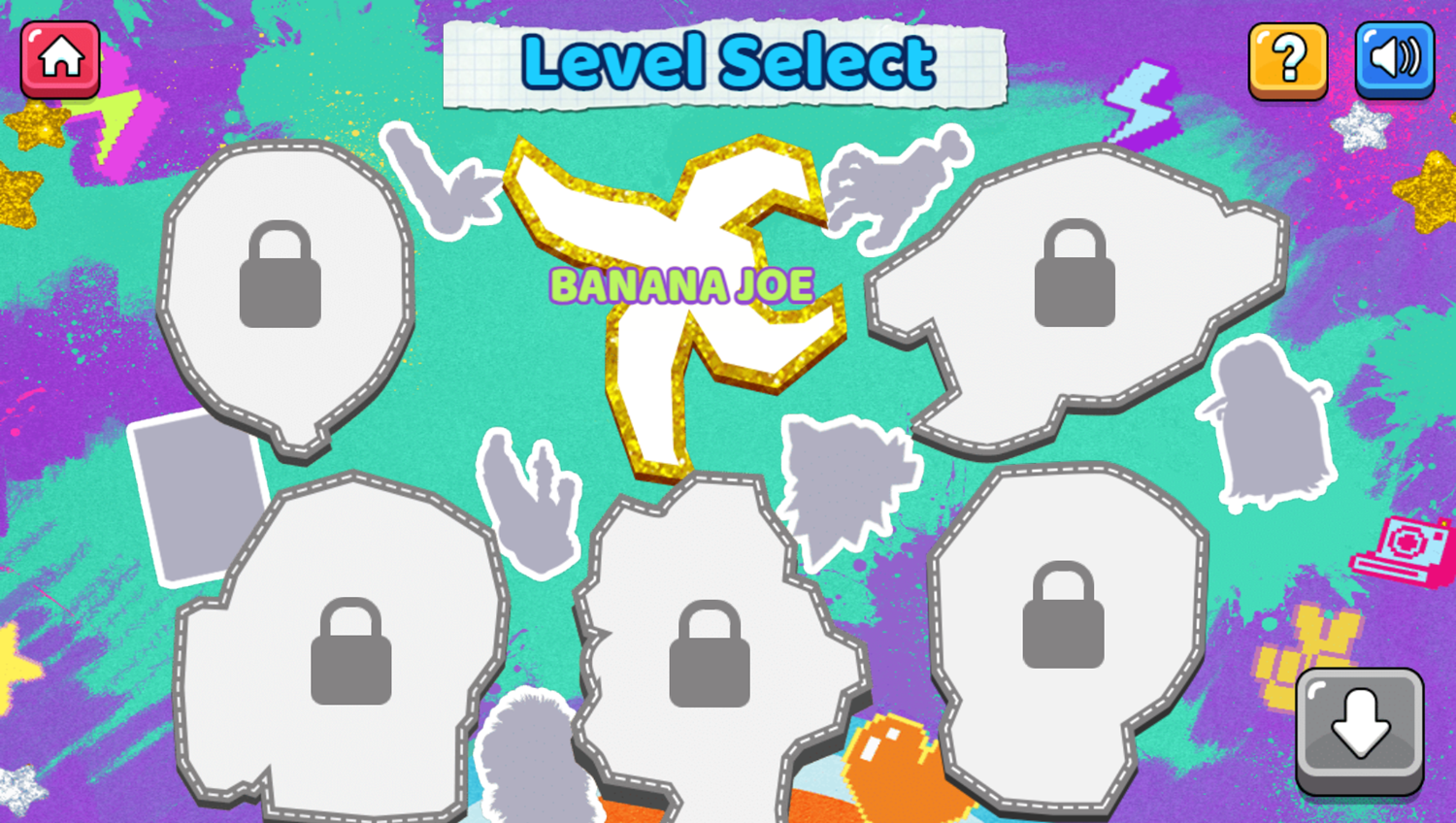 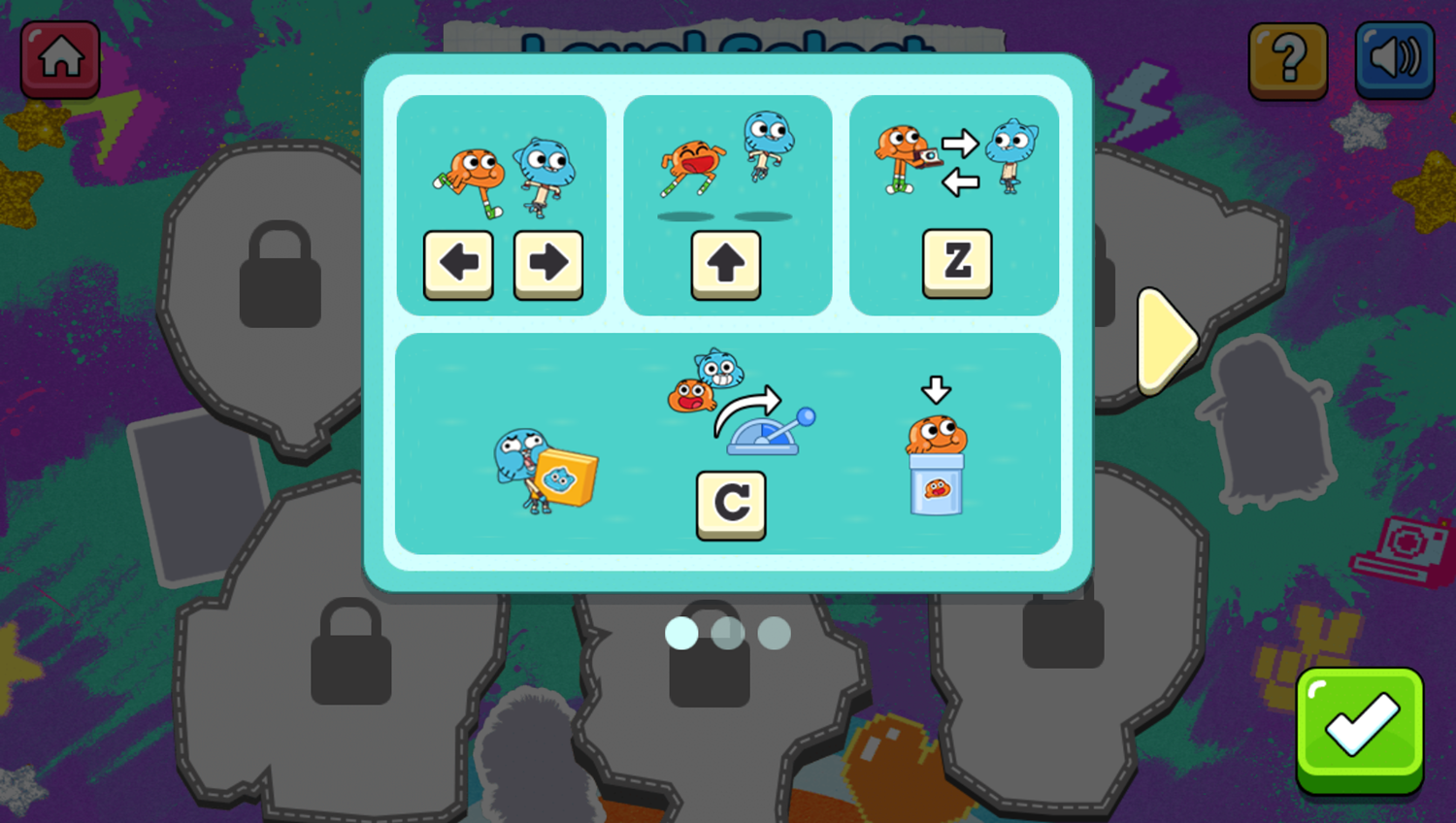 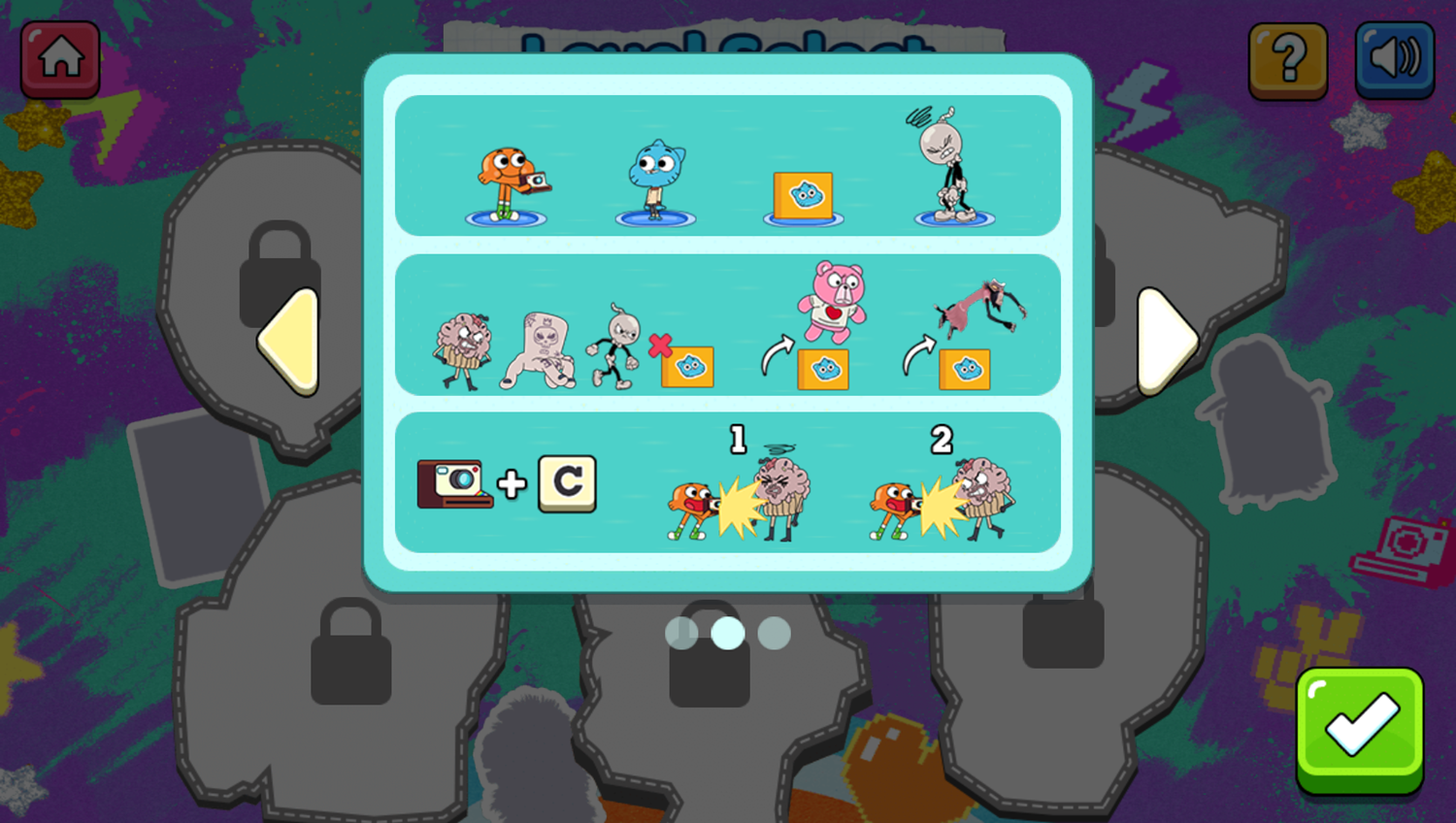 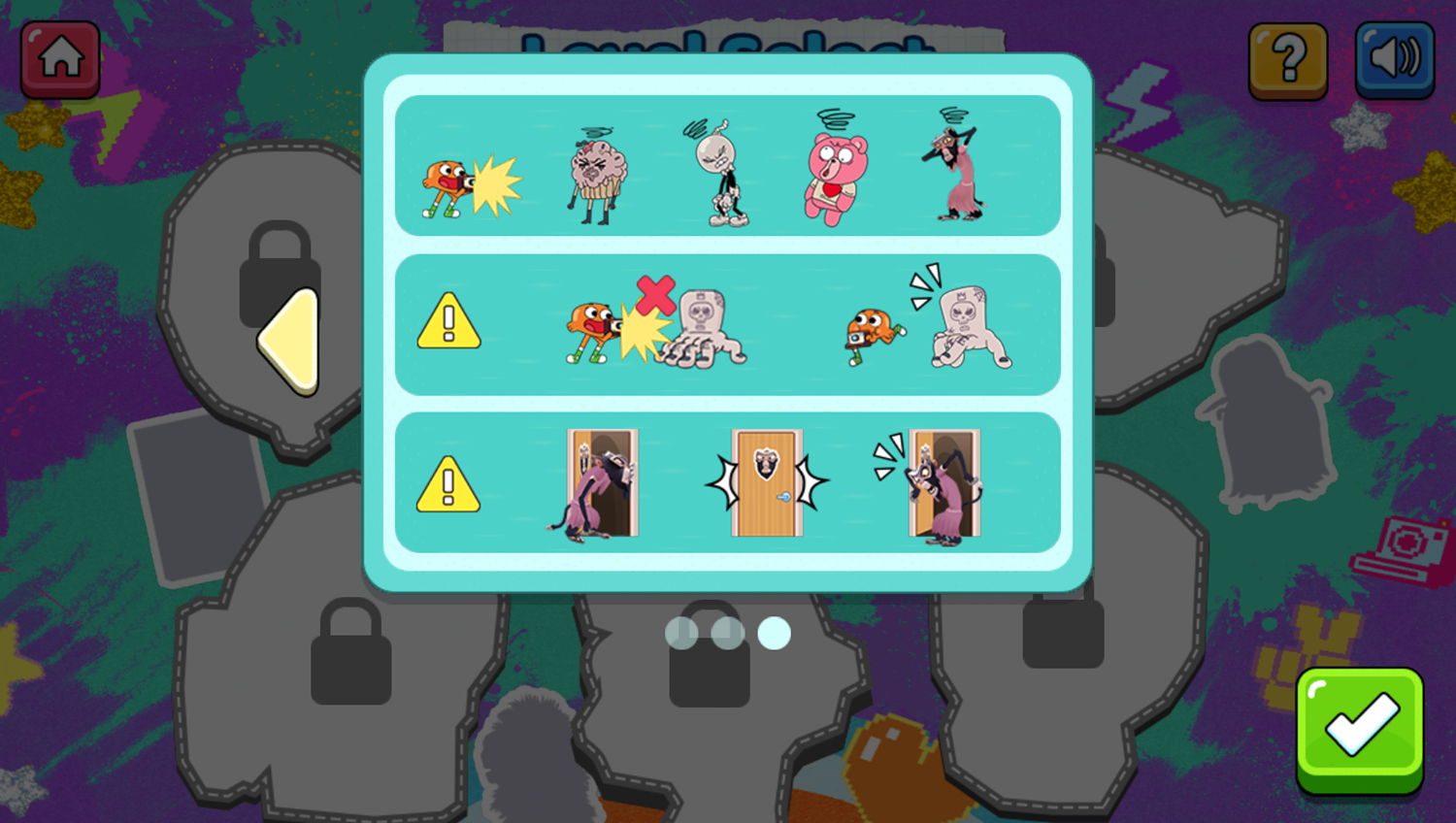 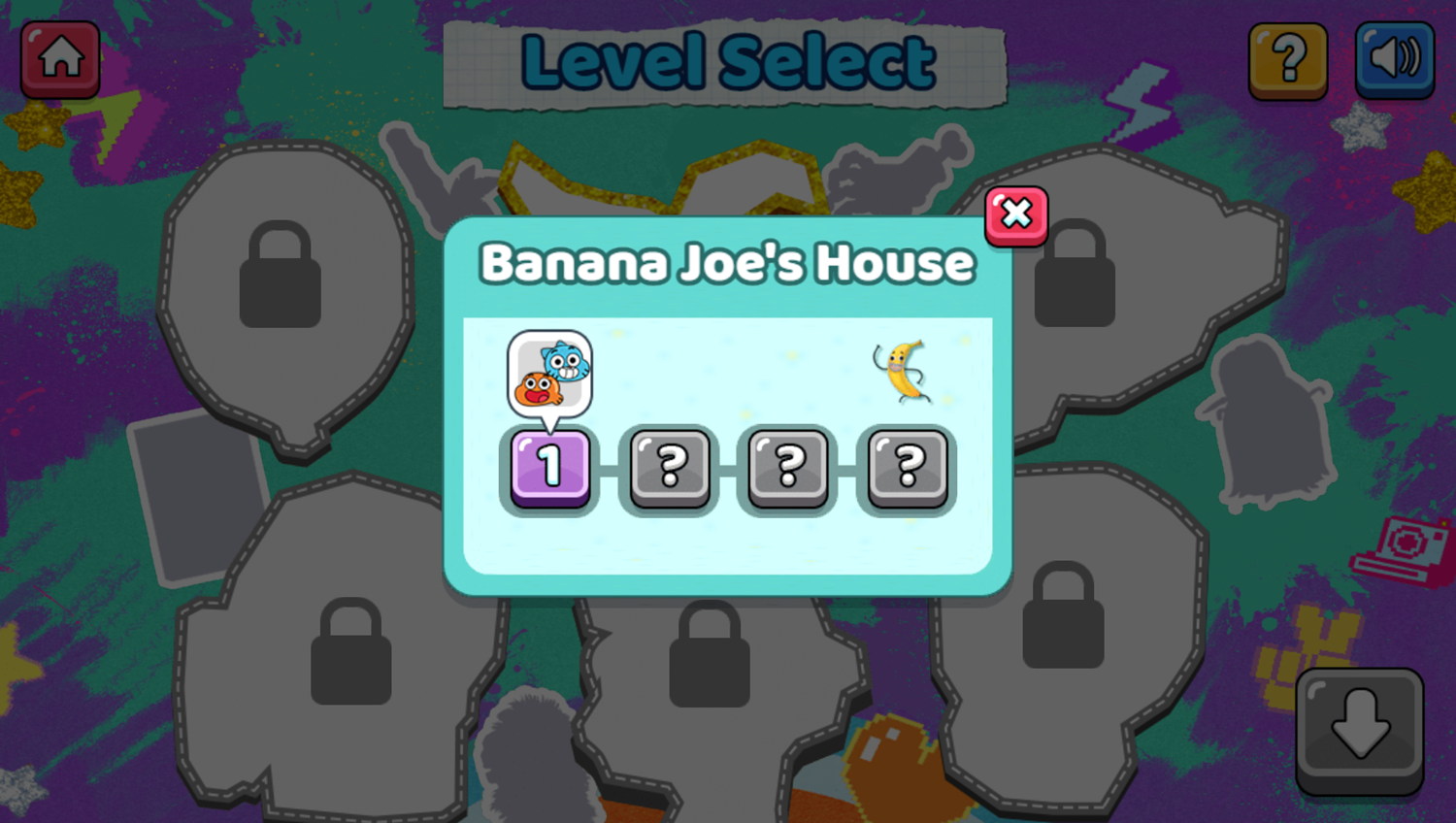 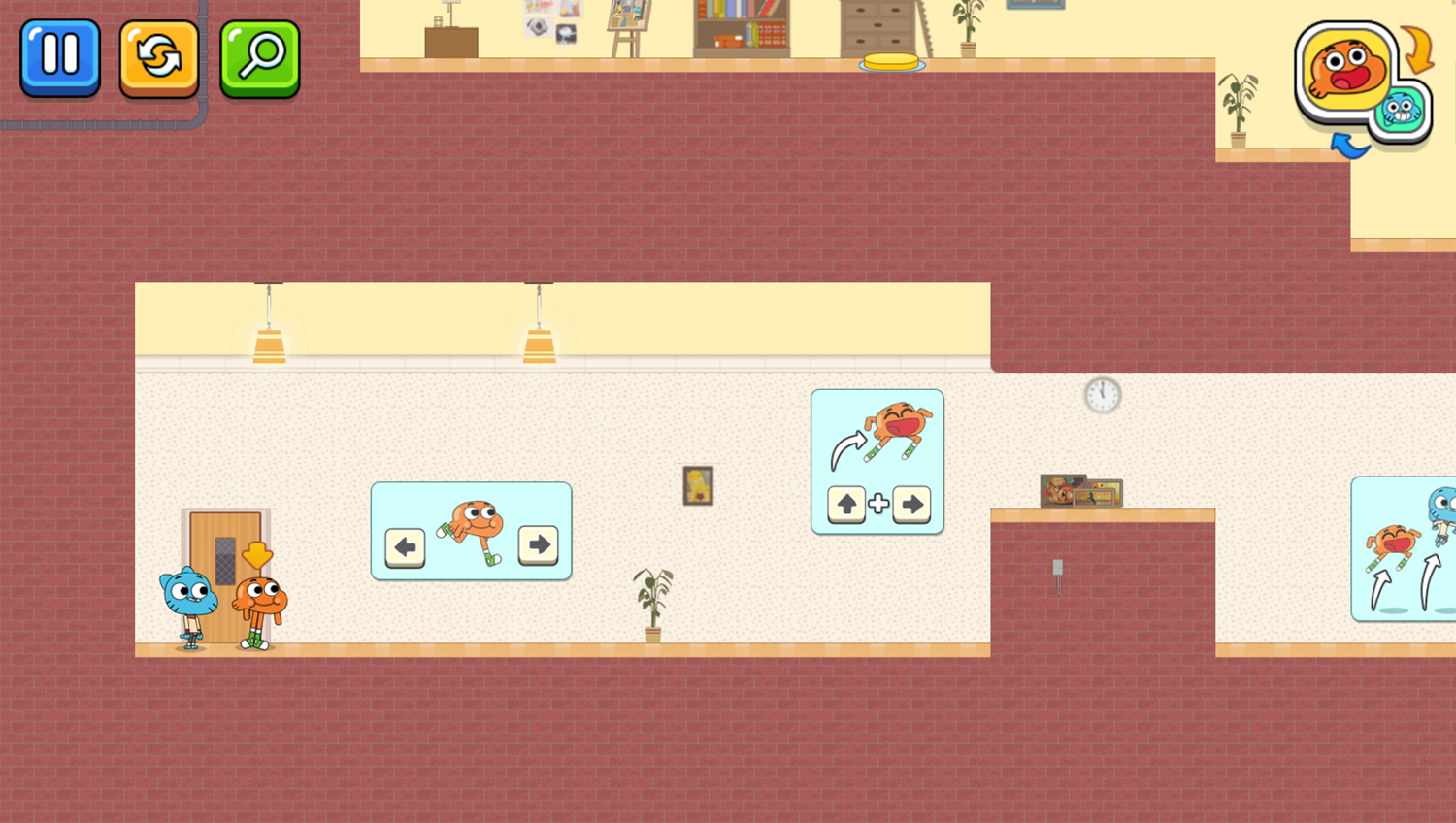 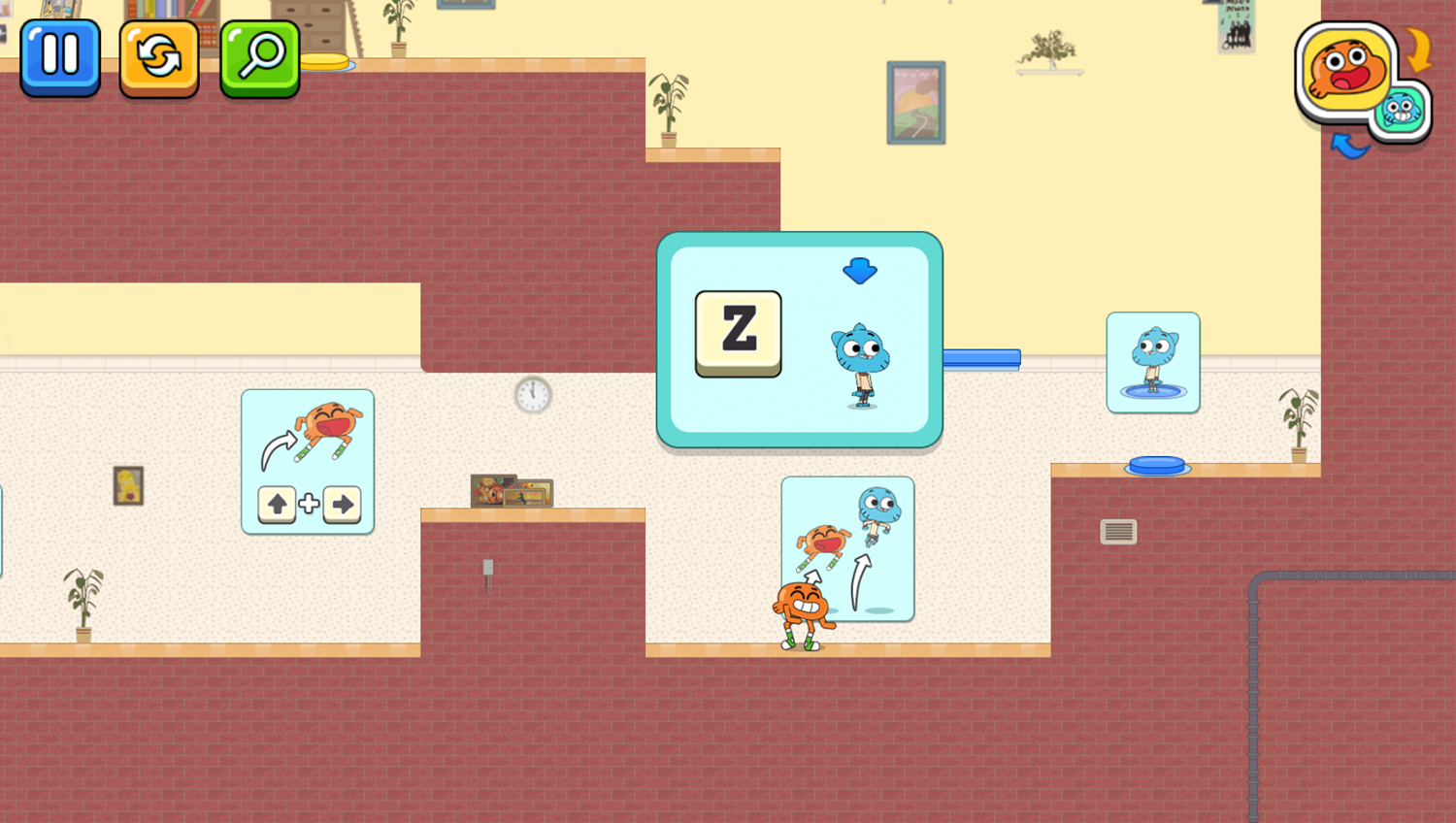 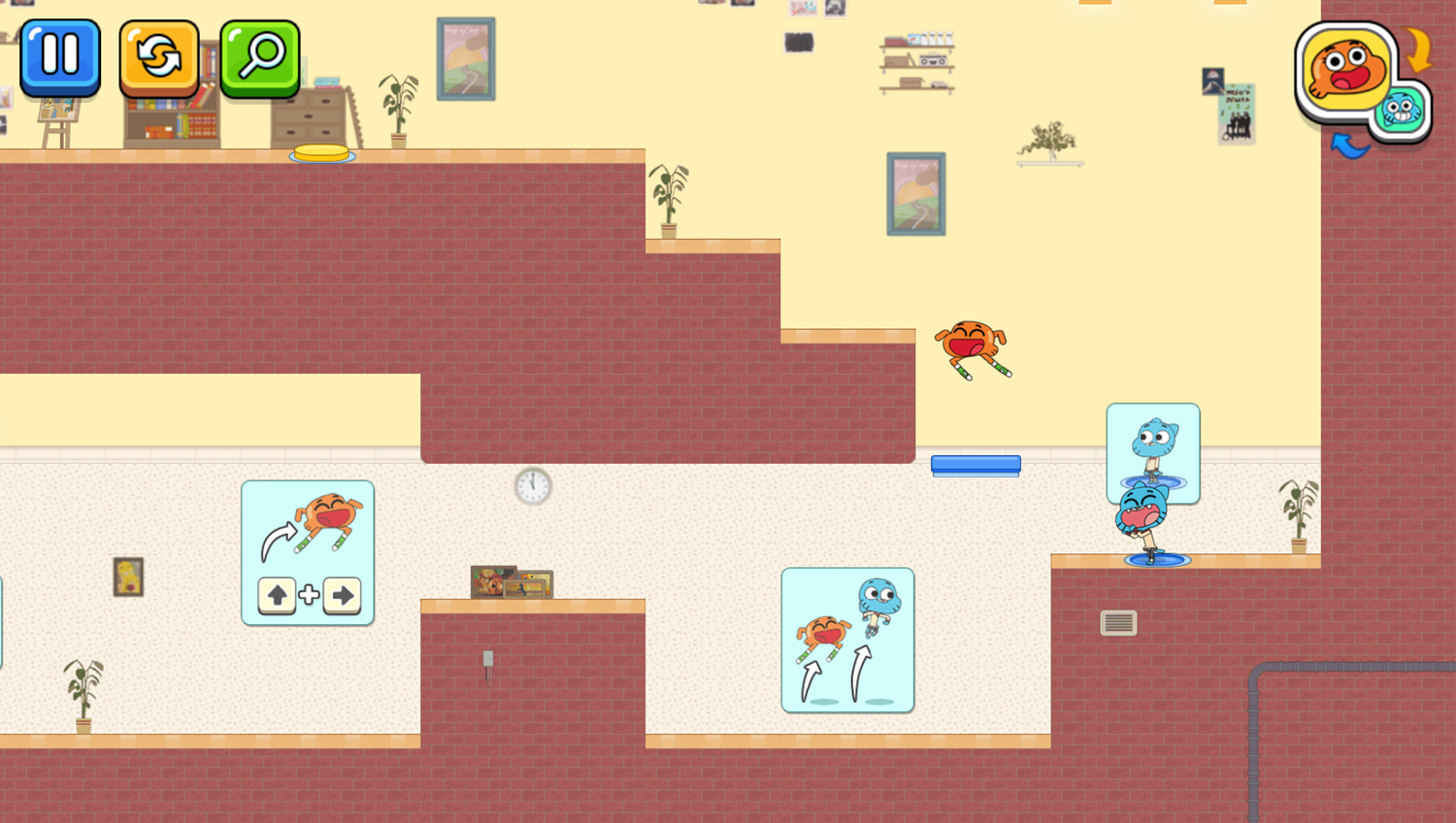 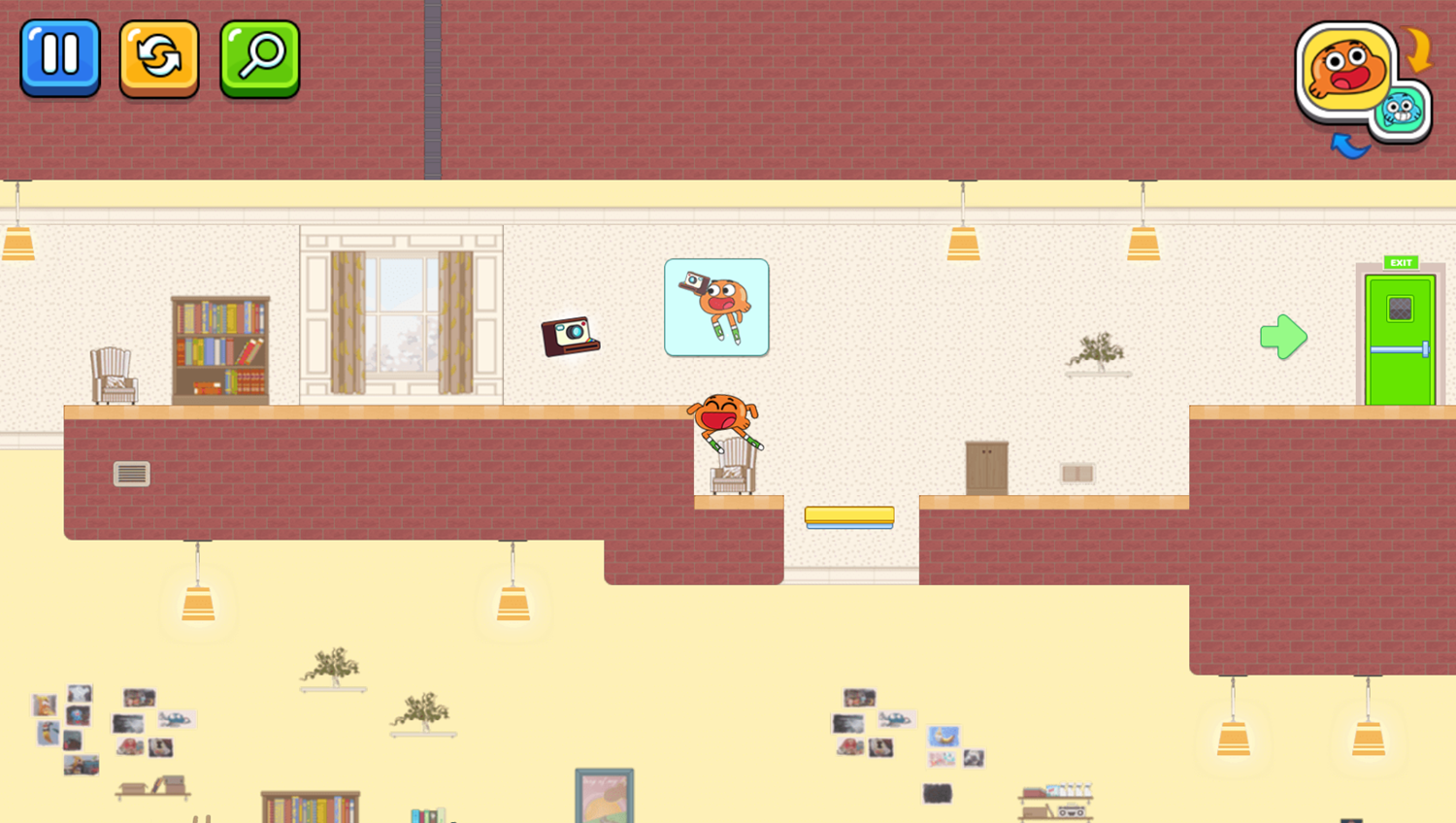 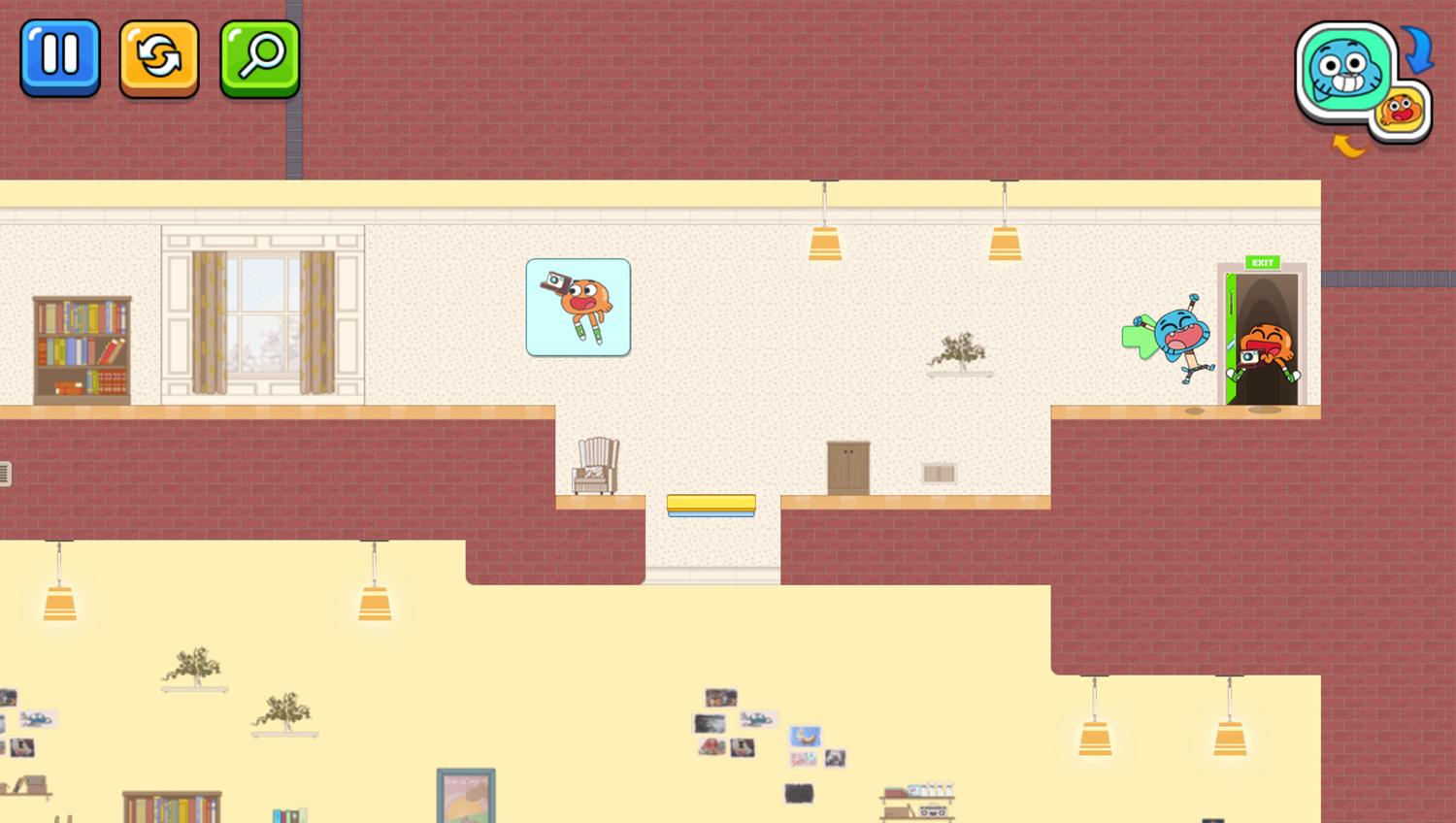 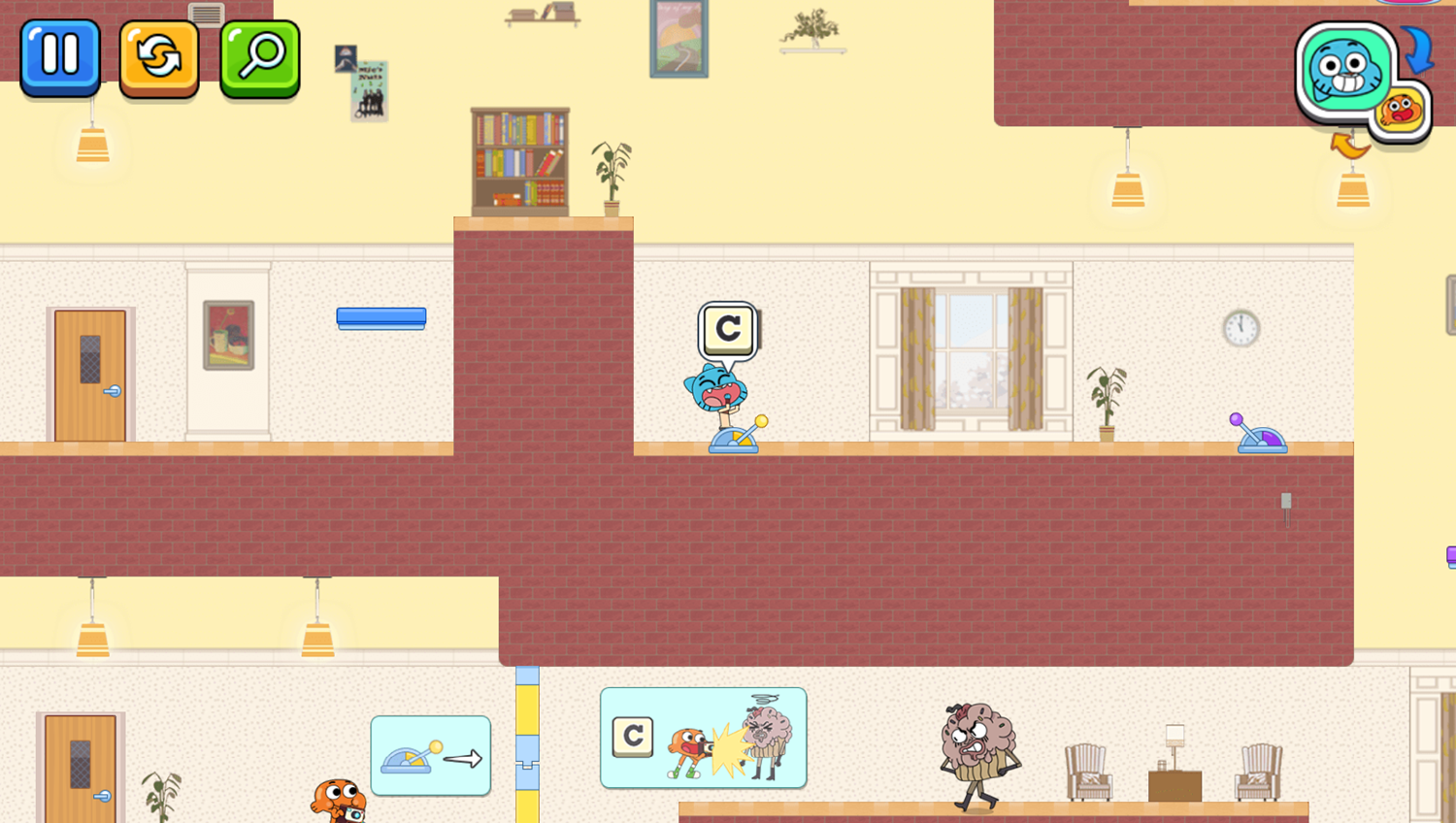 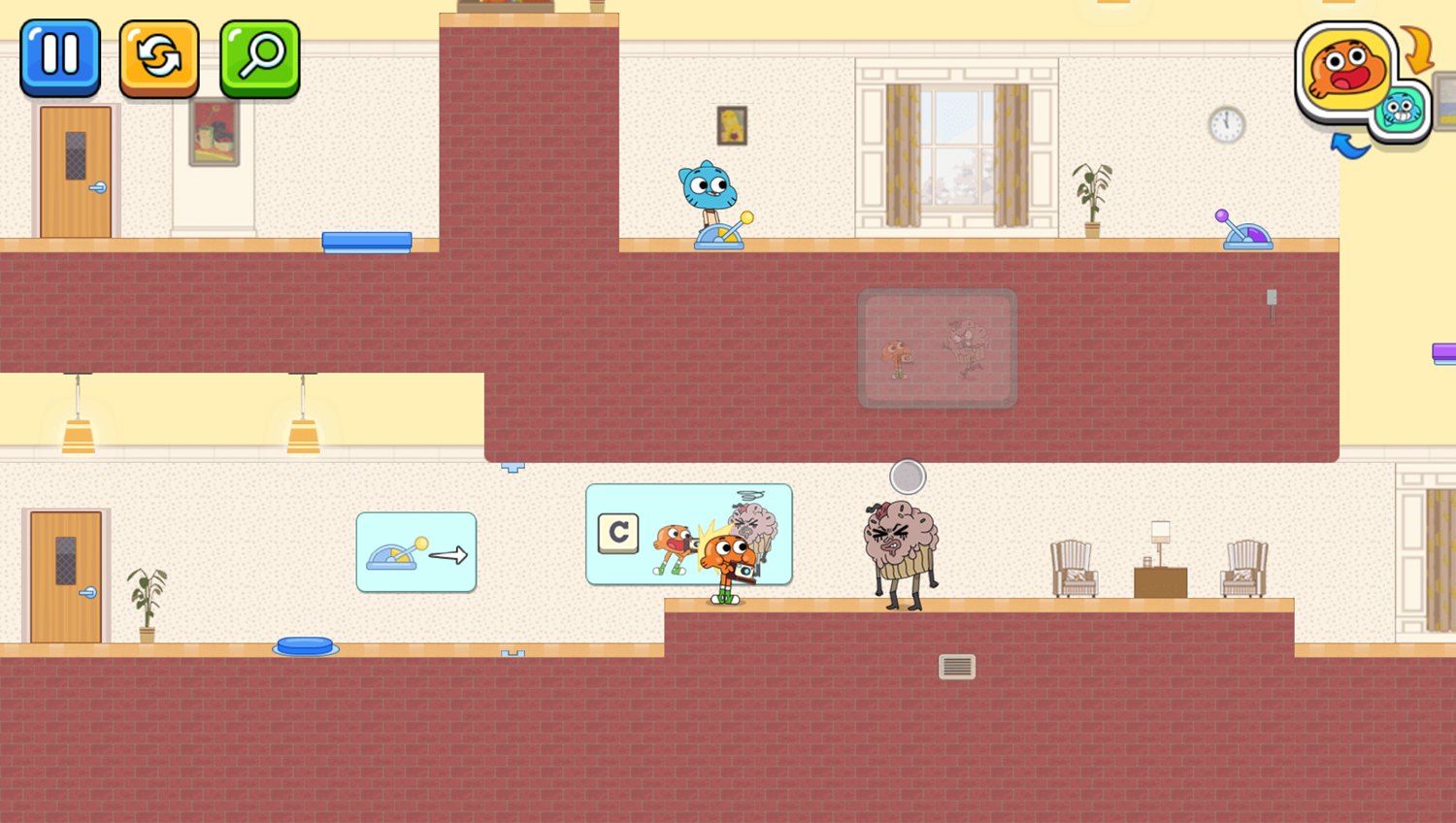 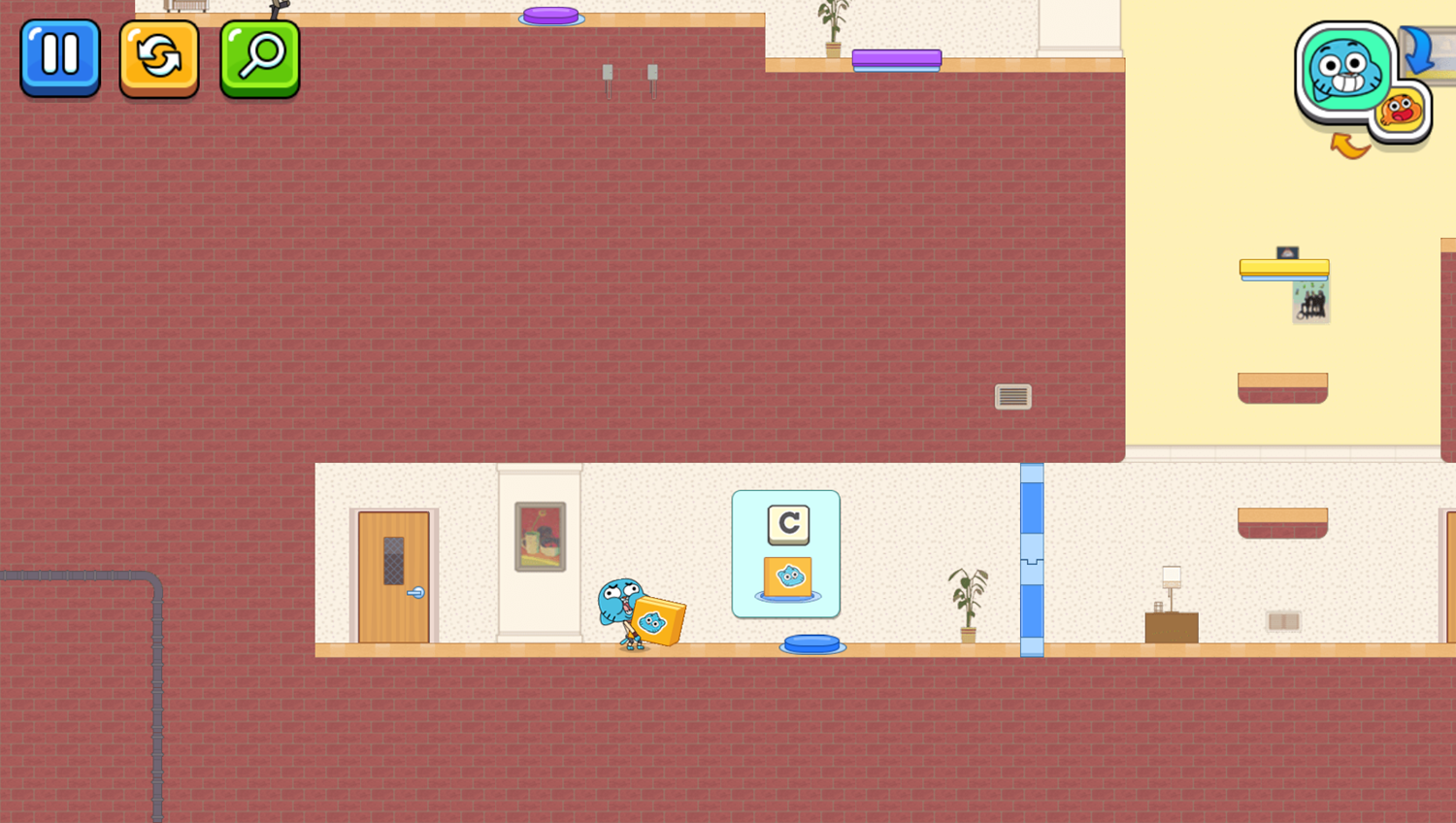 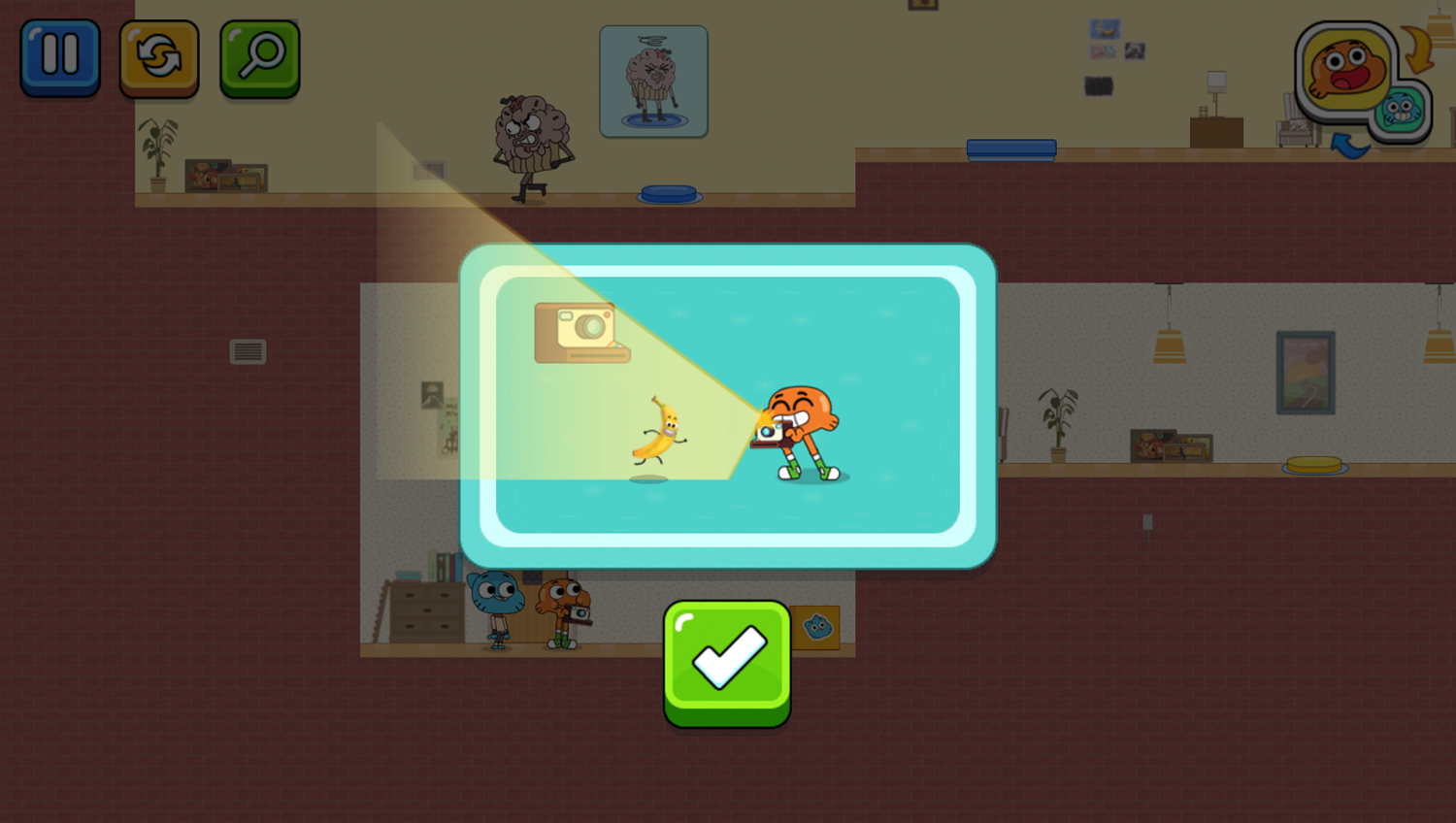 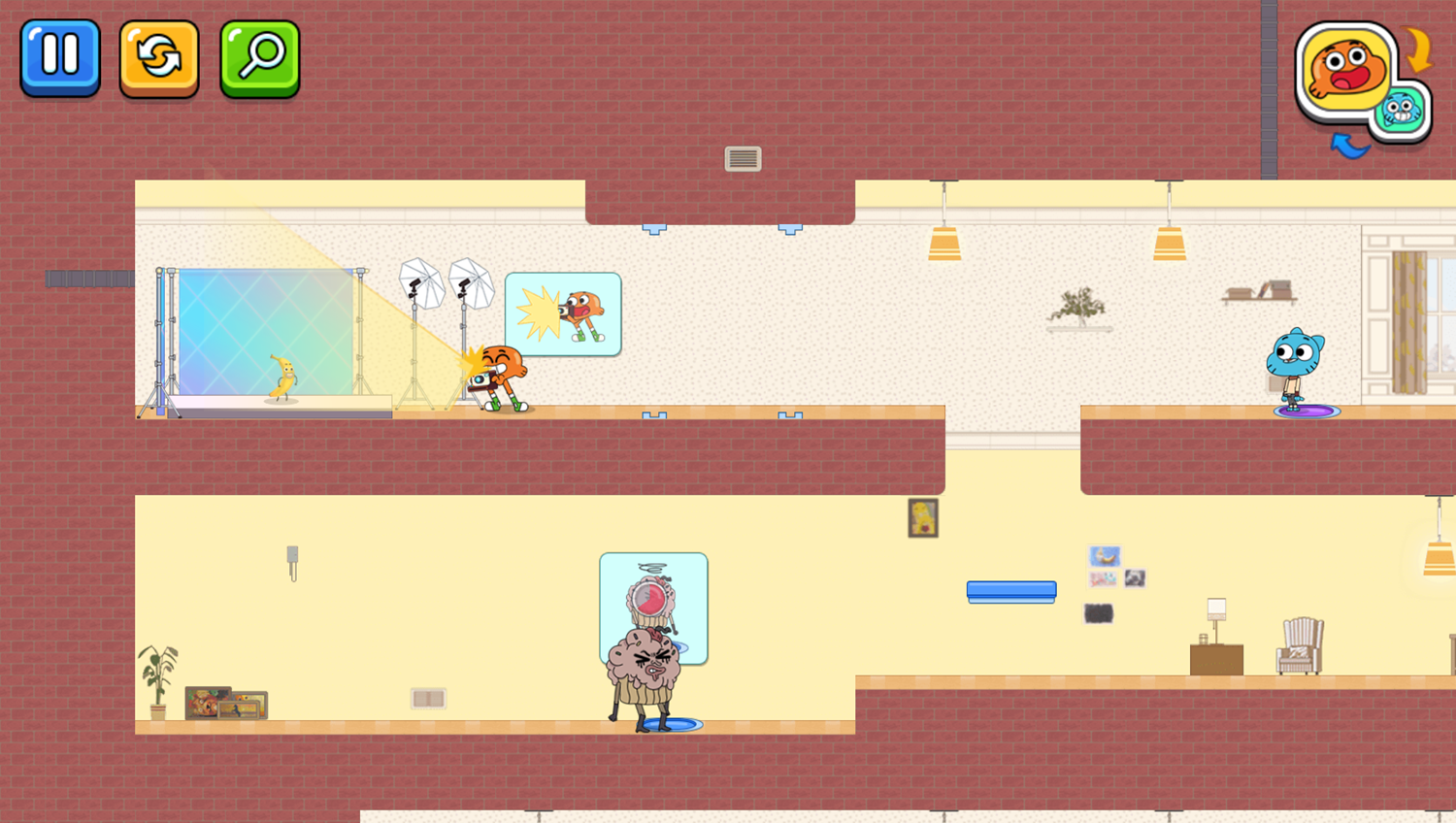 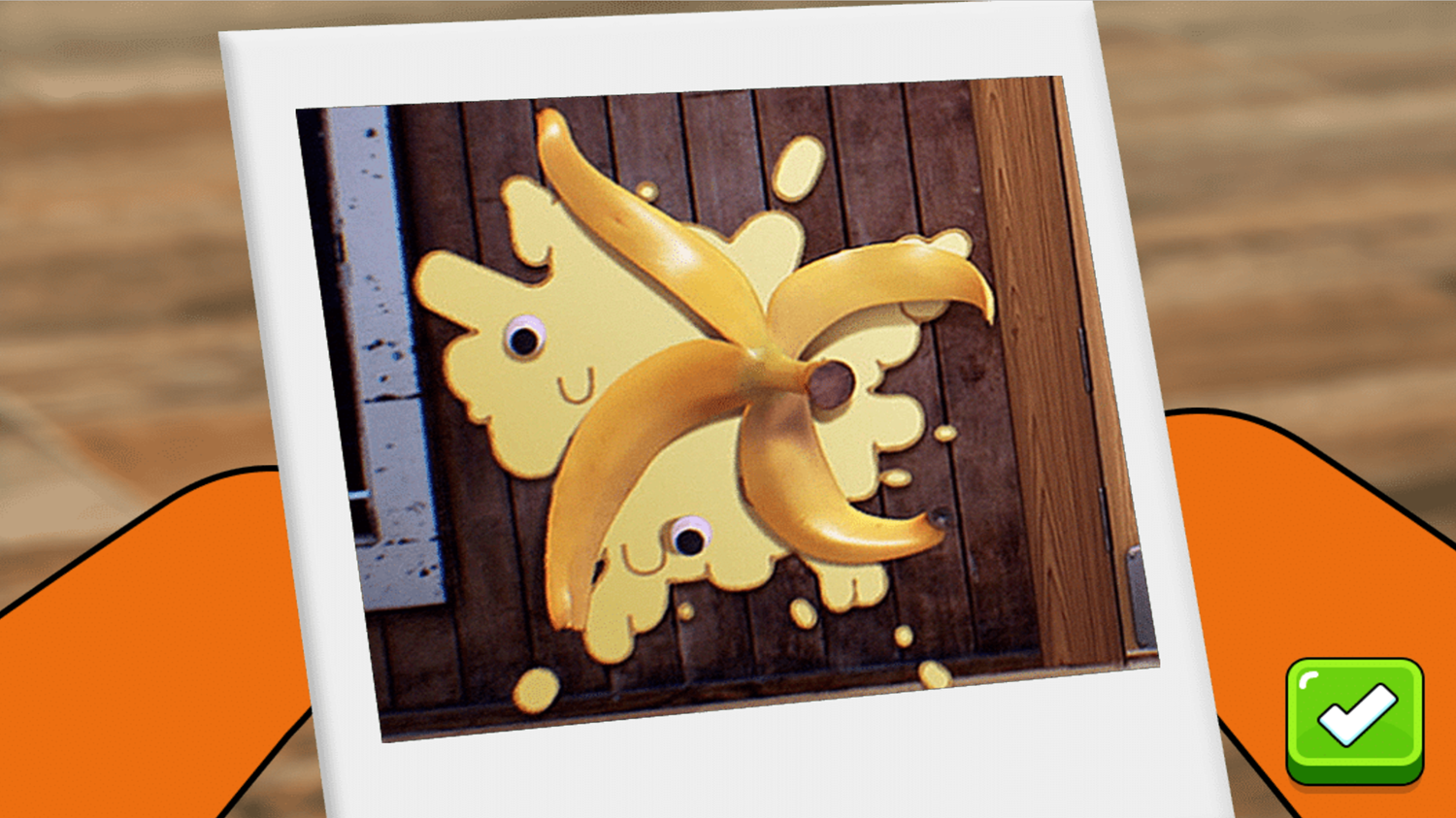 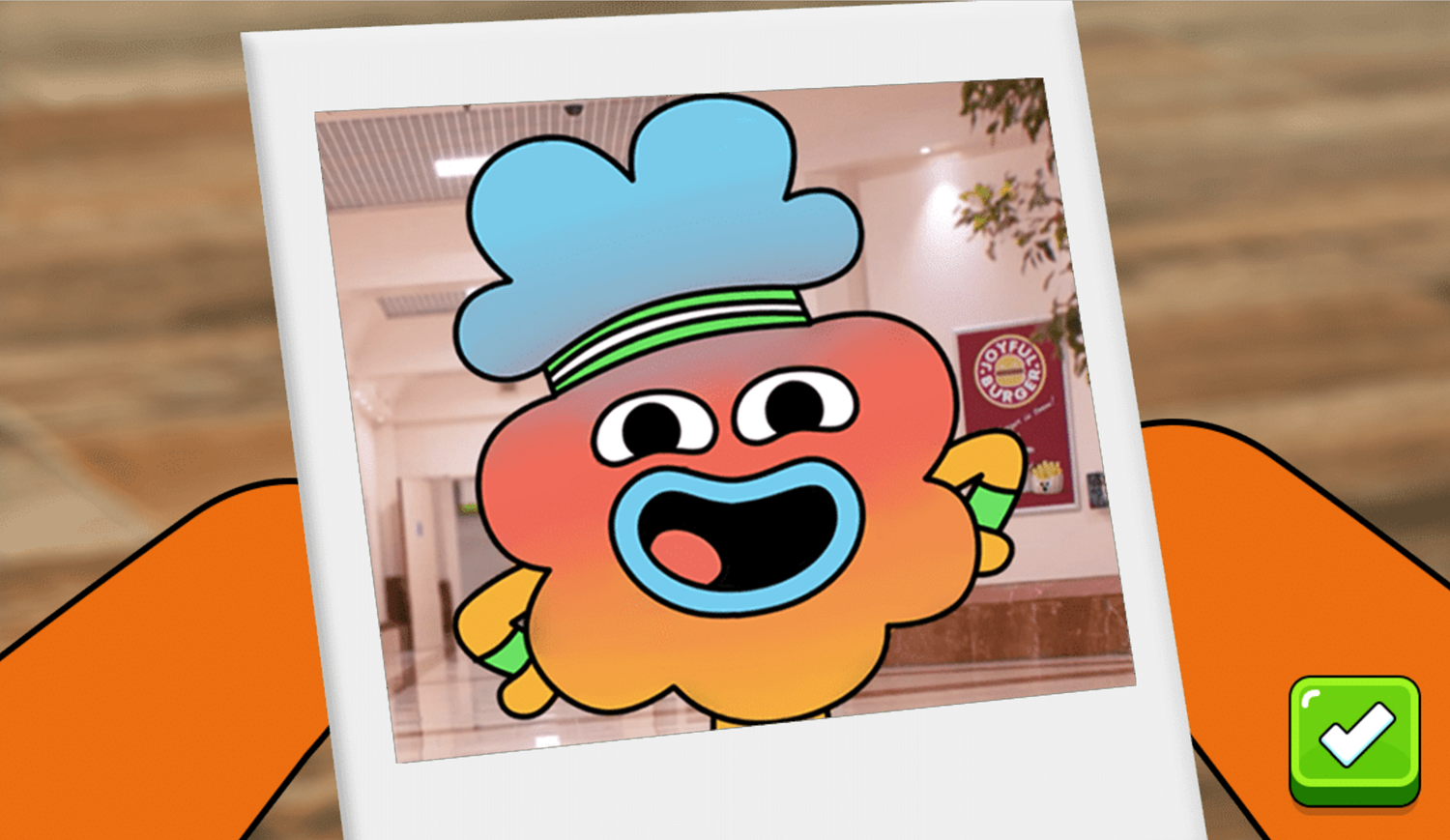 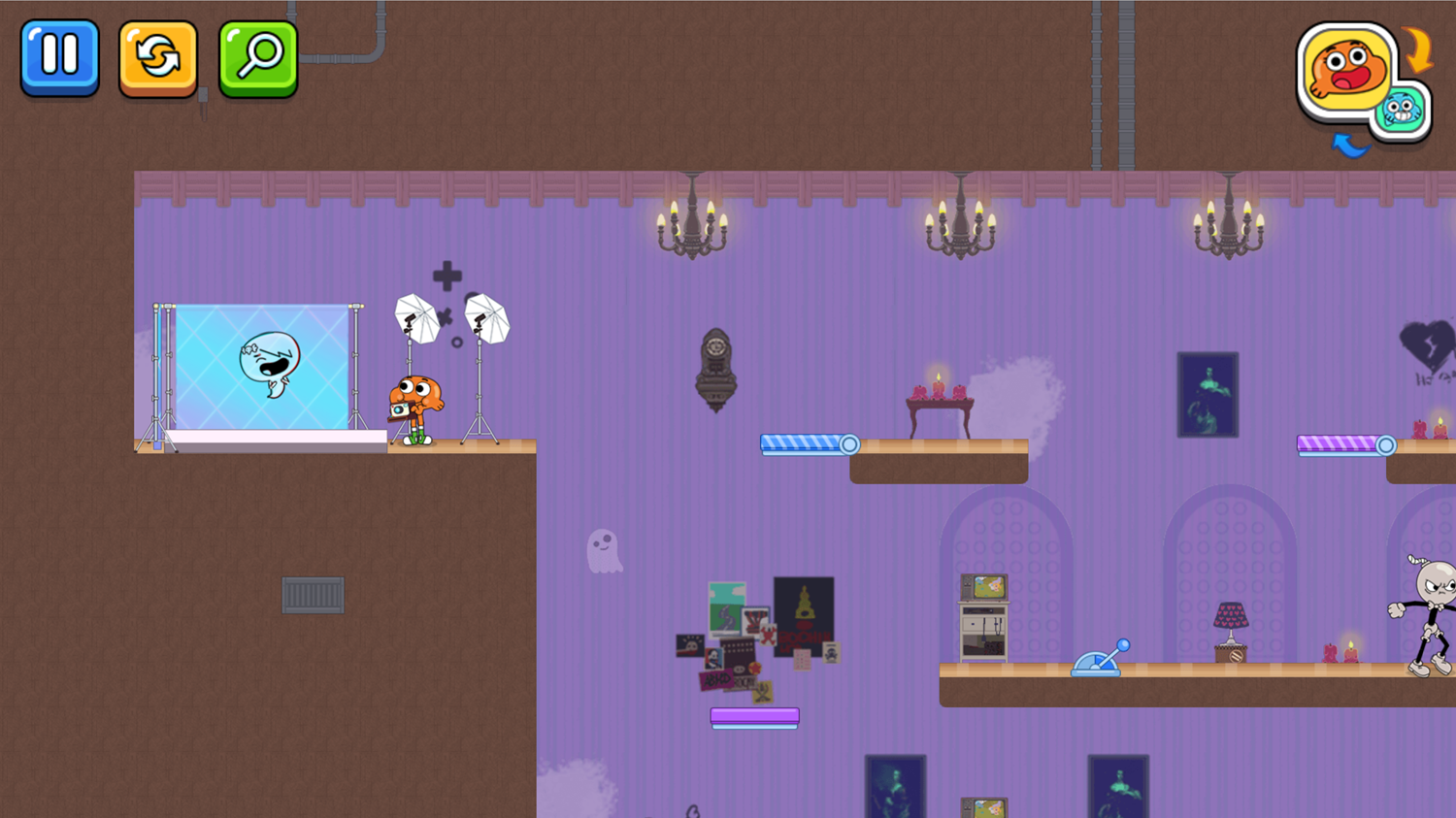 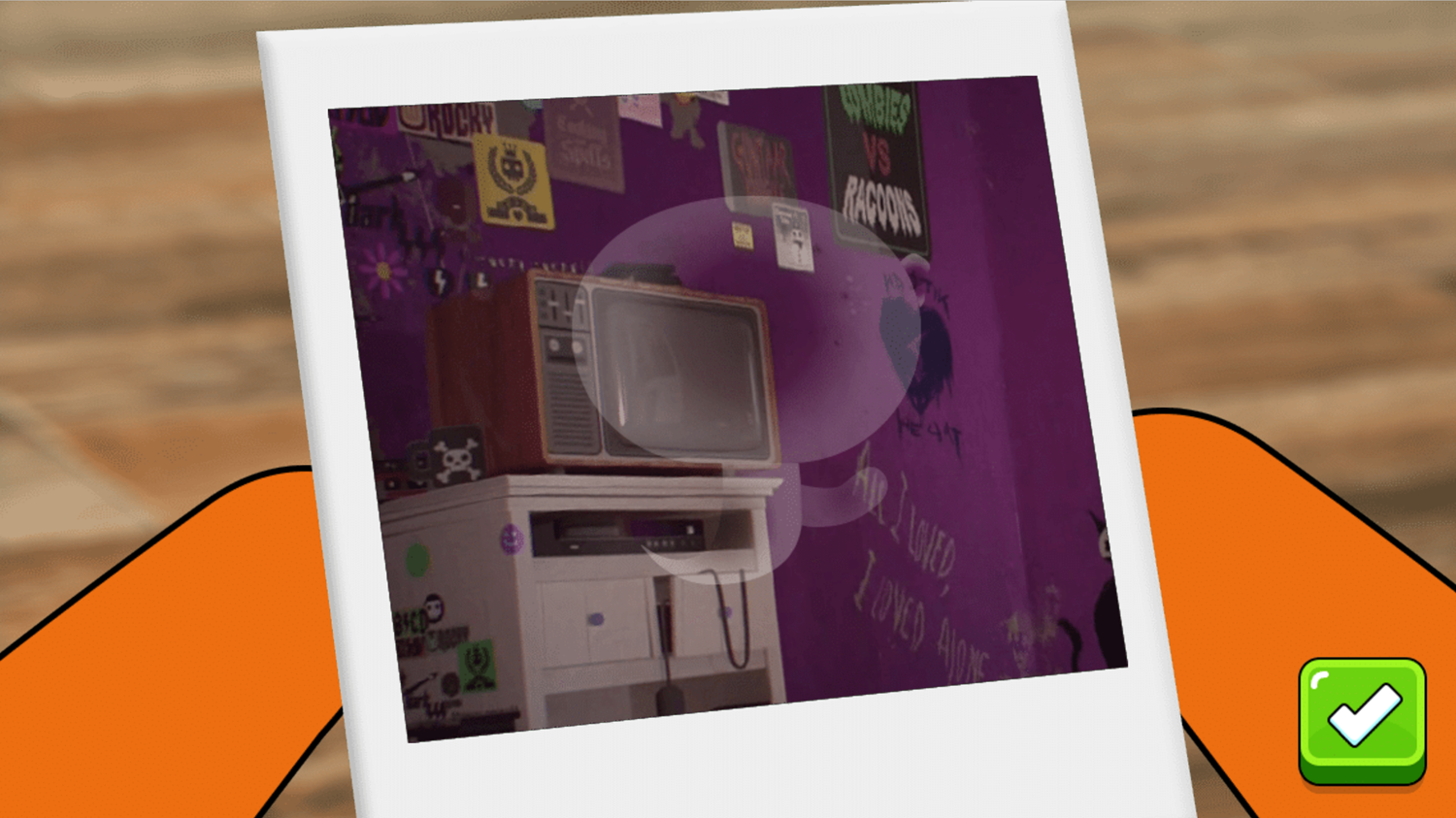 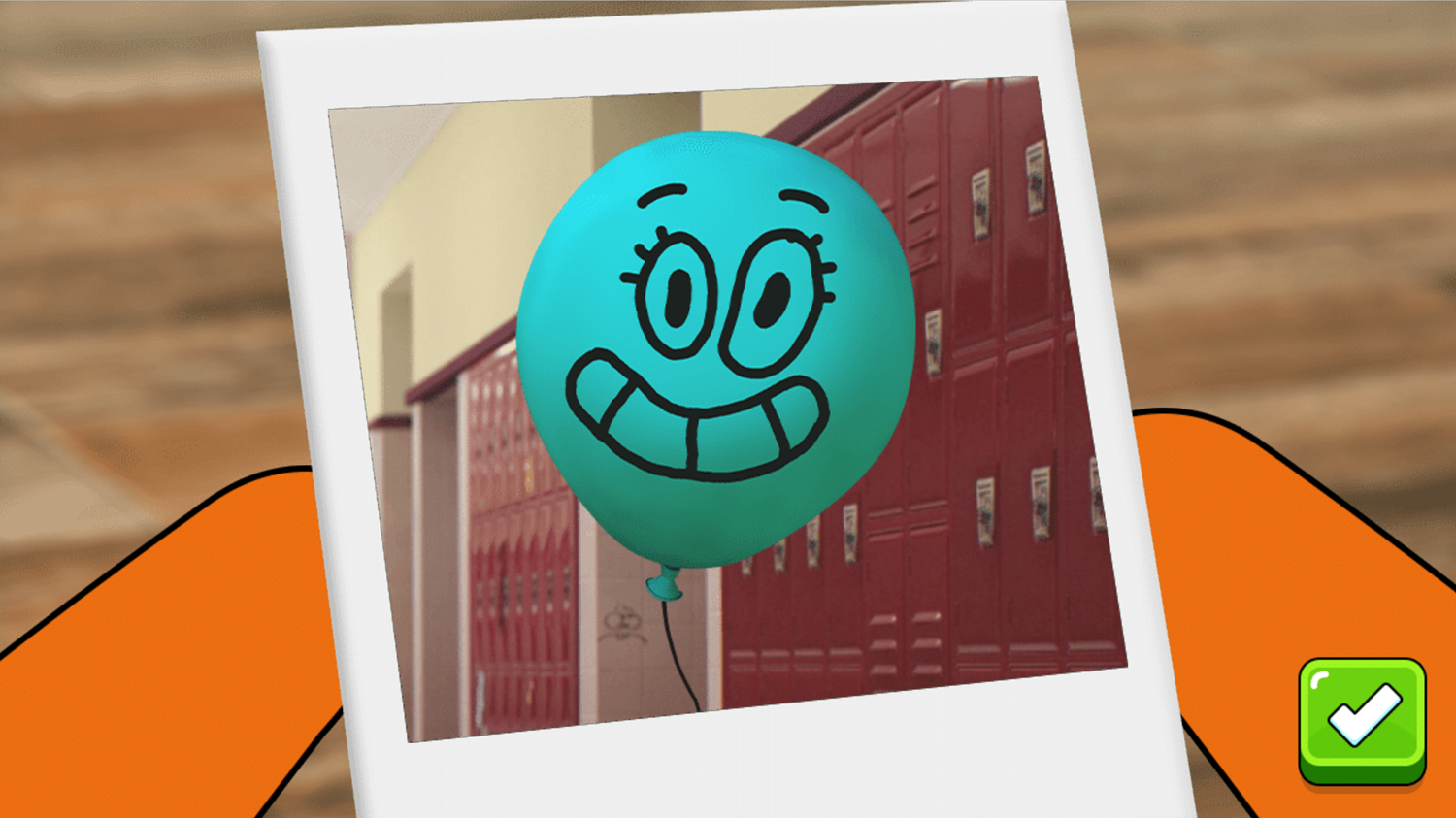 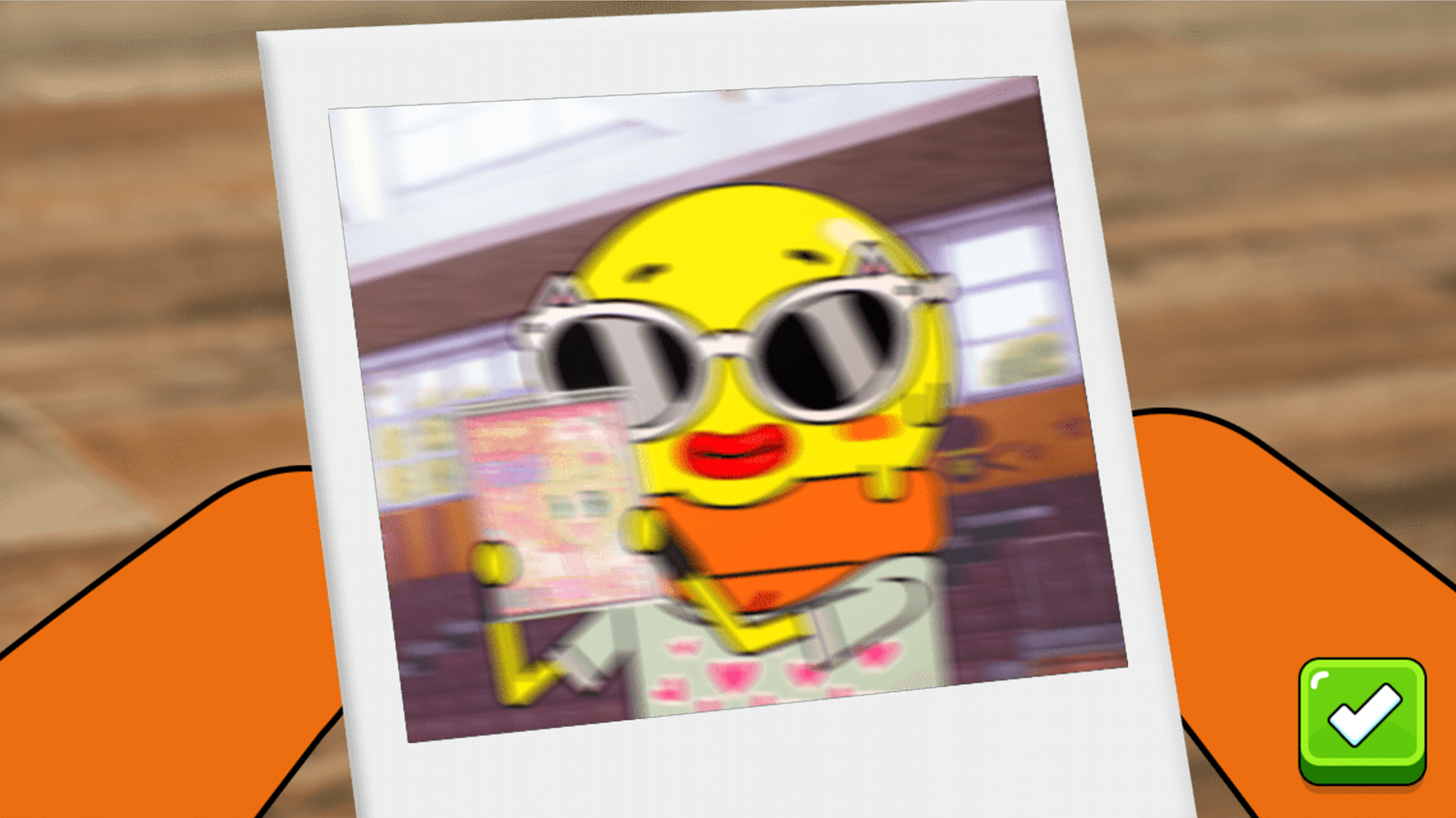 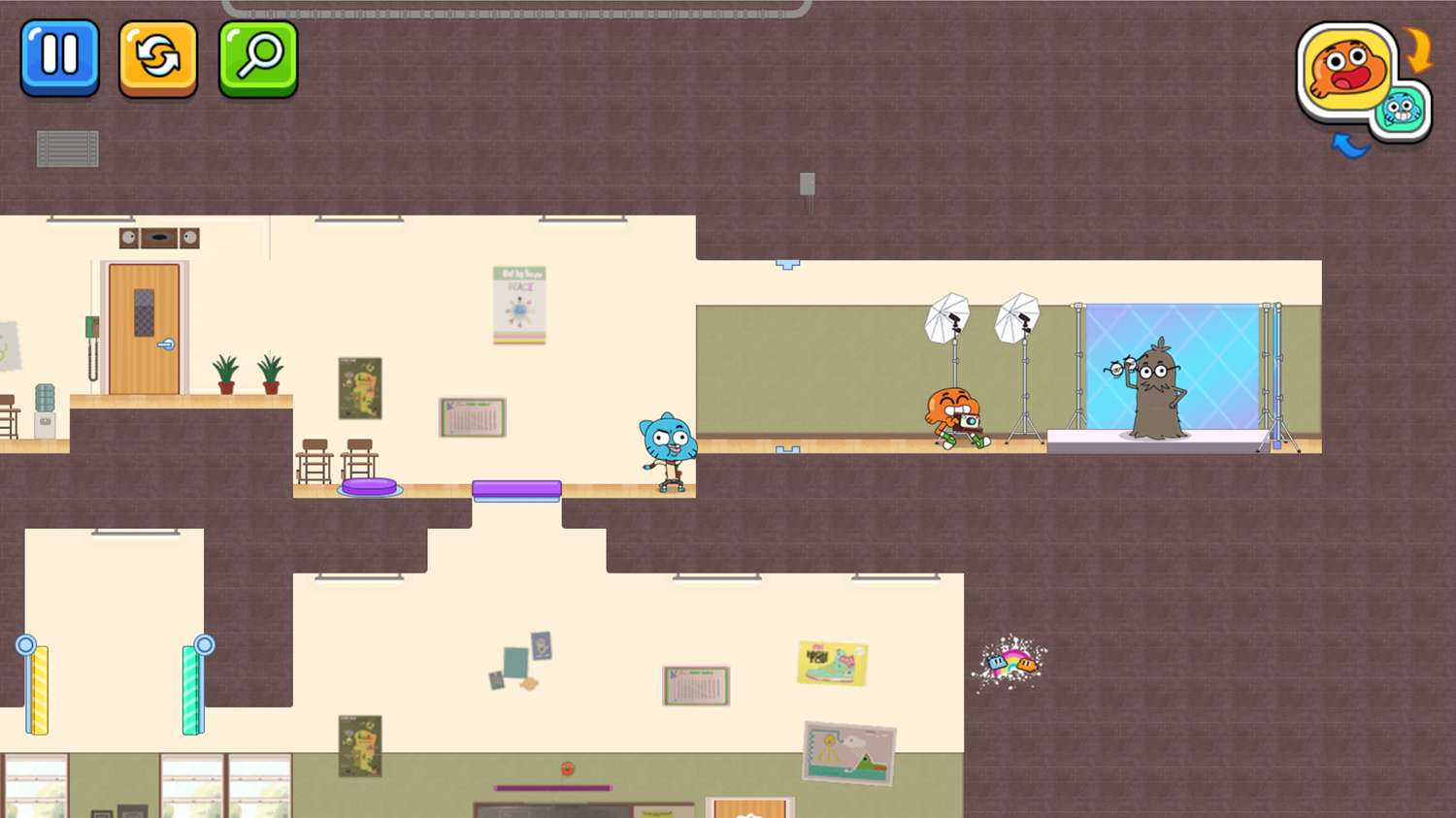 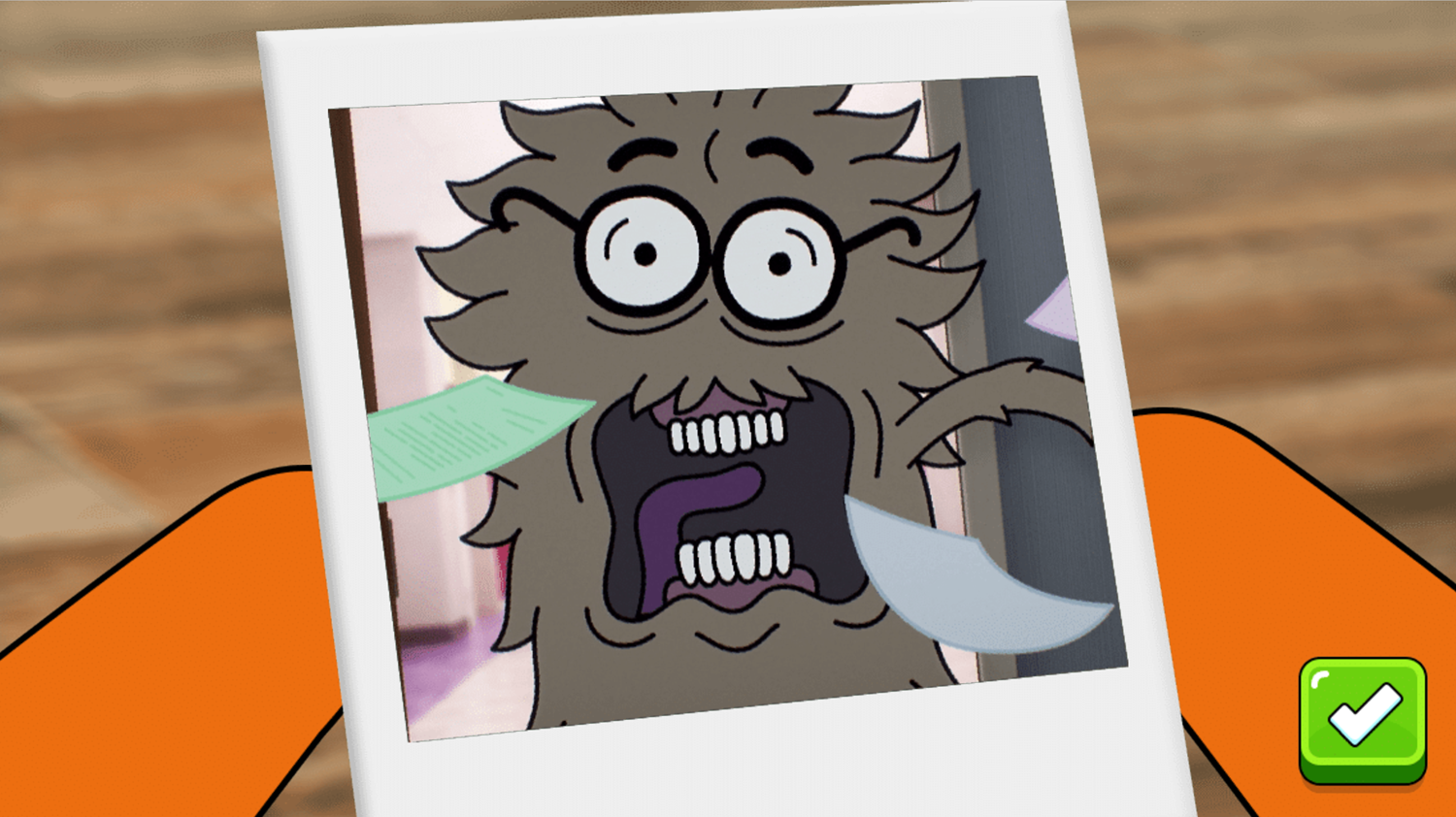 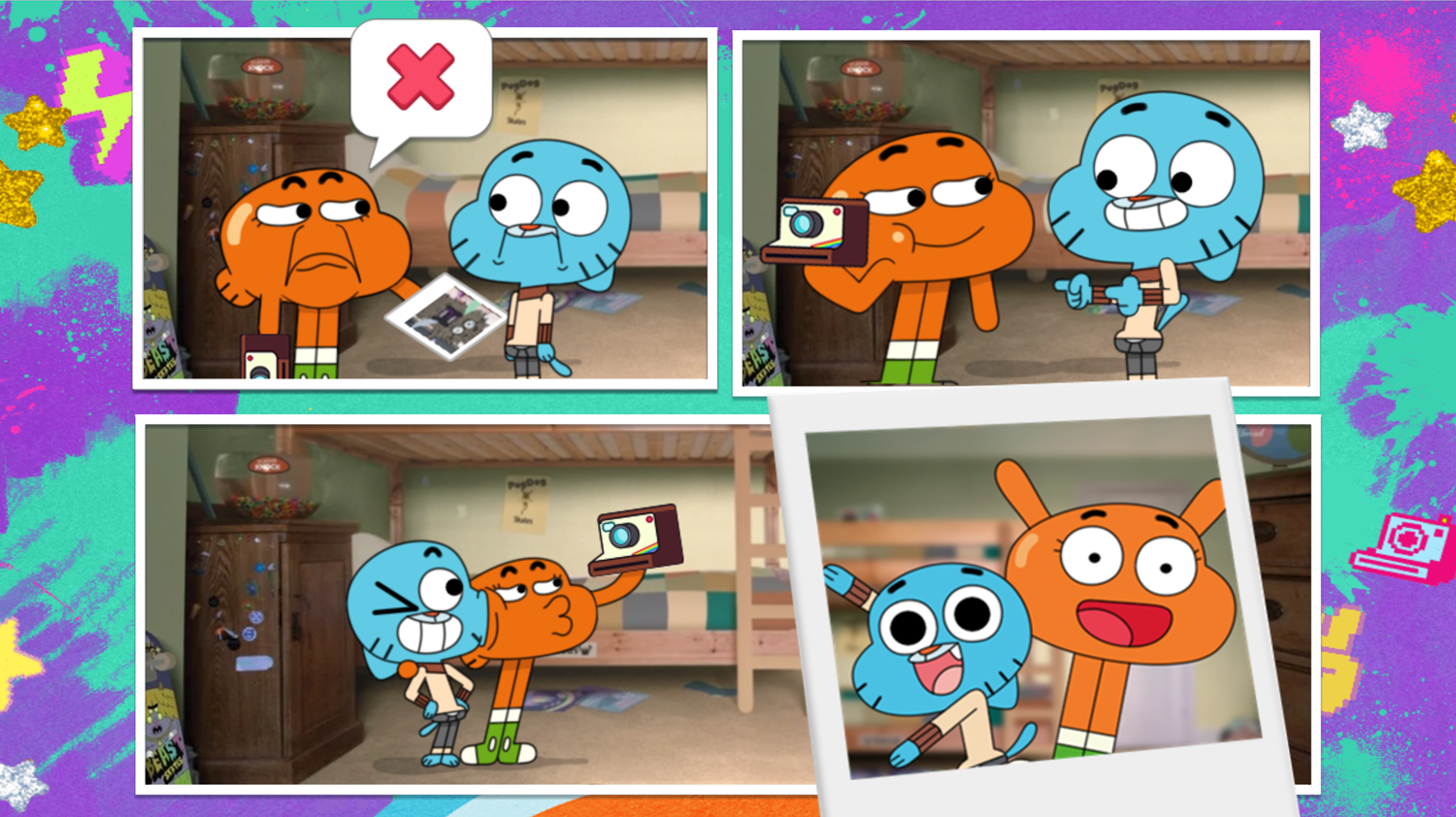 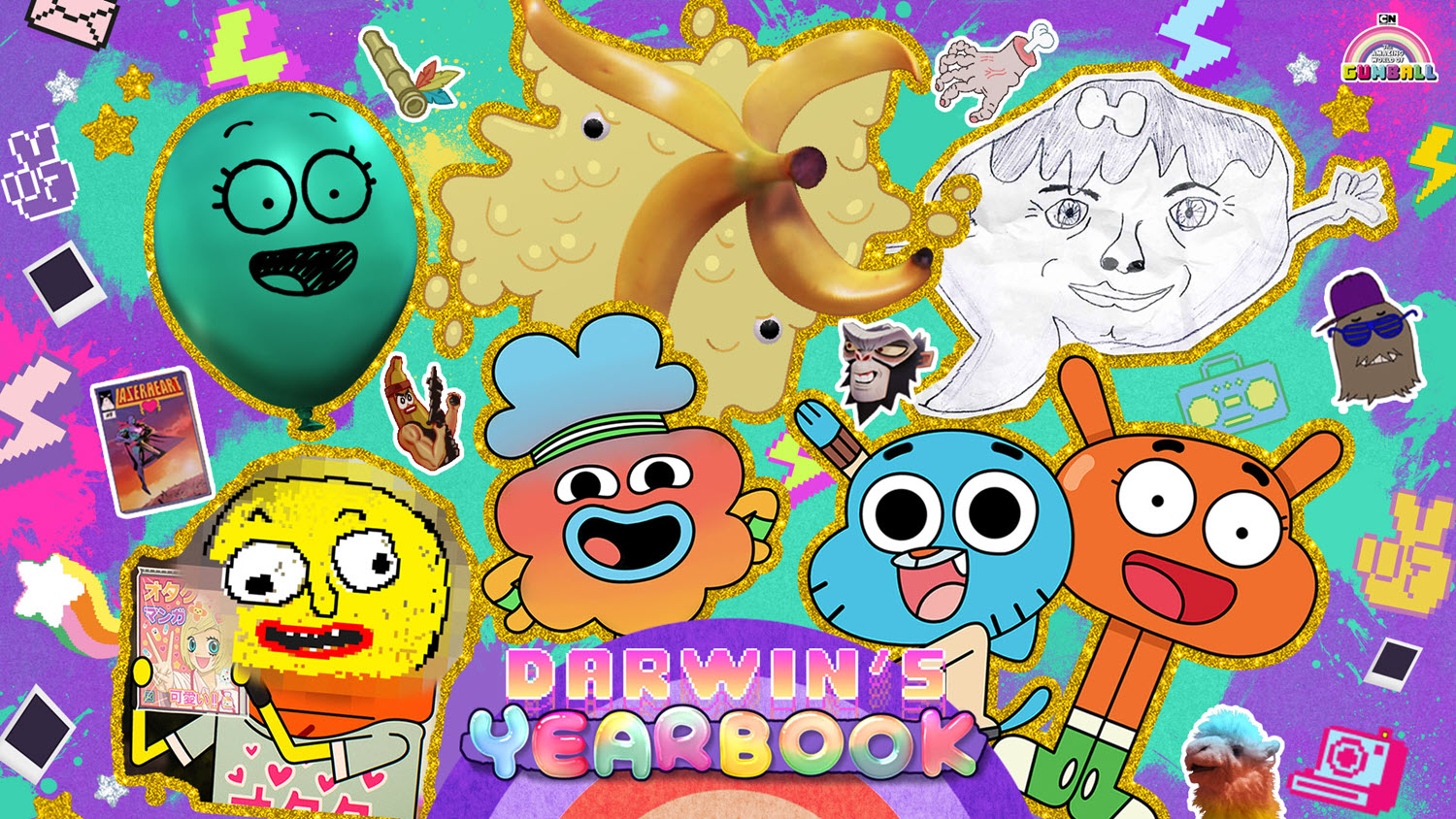