This is a pixelated 13-stage platforming game set in a dark tower.

Children and parents can play this black and white platformer game by clicking in the window below.

Alternatively kids and adults can play this online platforming video game for free as a web application here.

Jump on the spotlights and cannons shooting bullets at you. After beating all enemies in an area jump through the dashed line at the top to the next level. 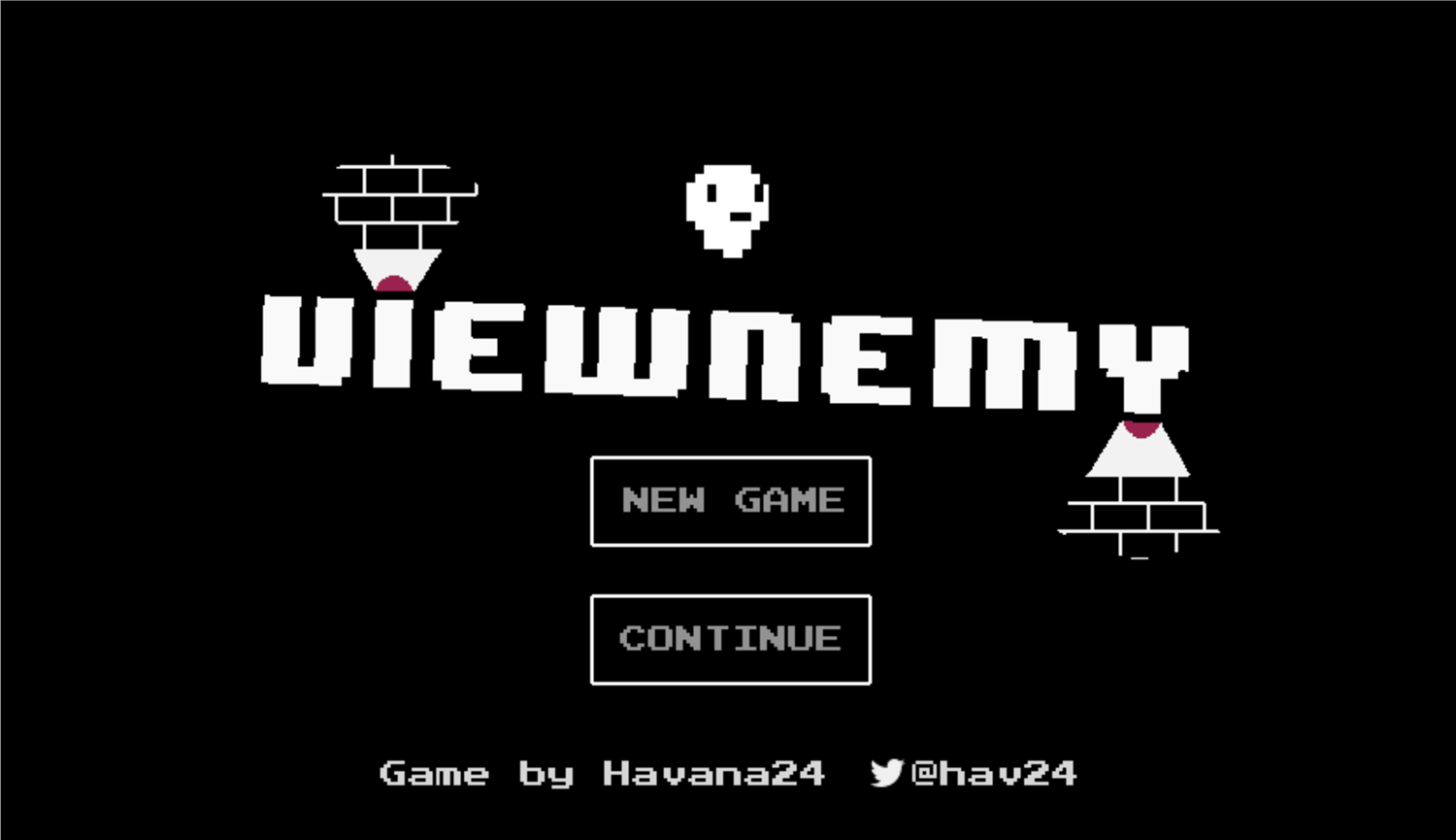 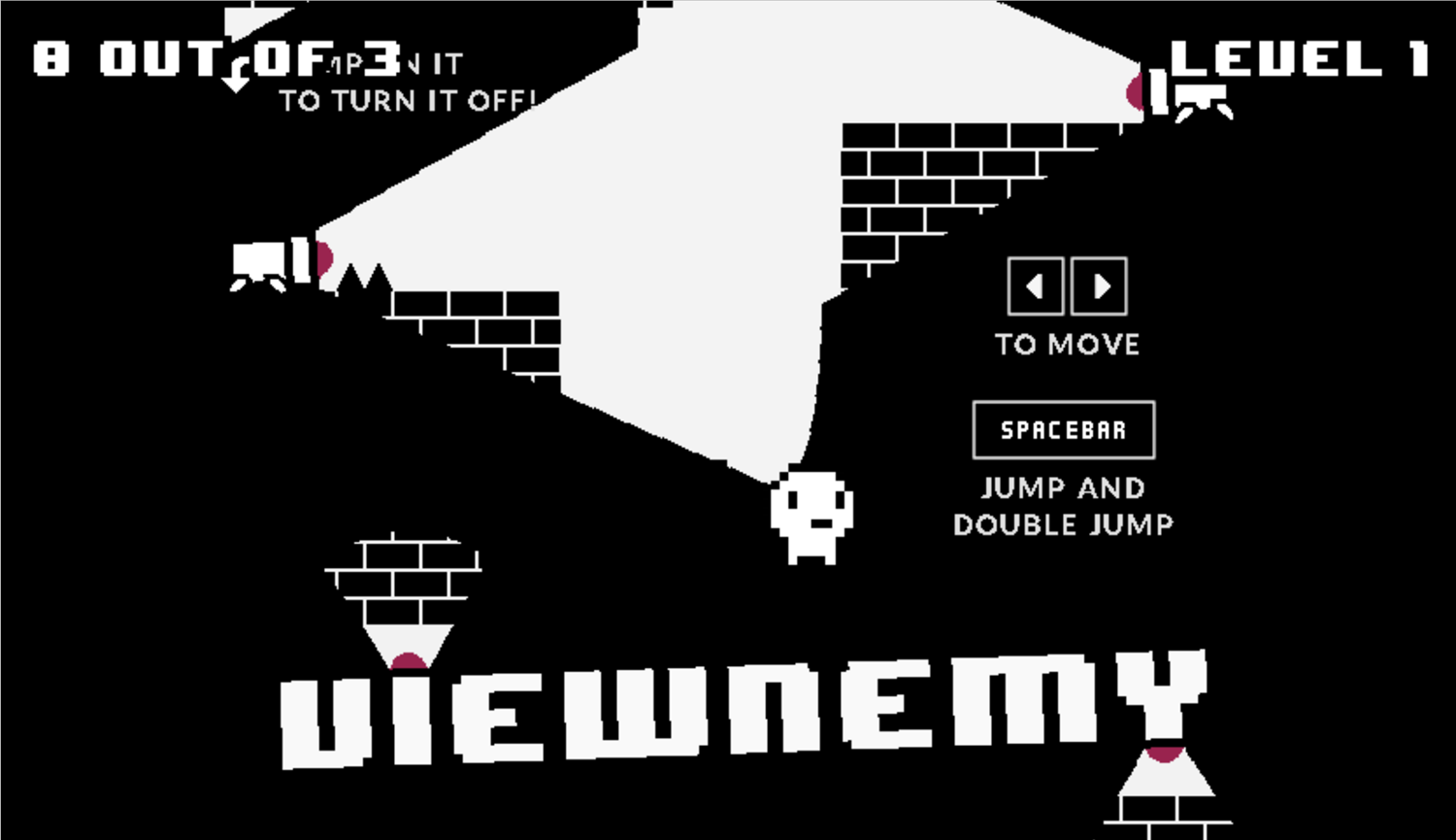 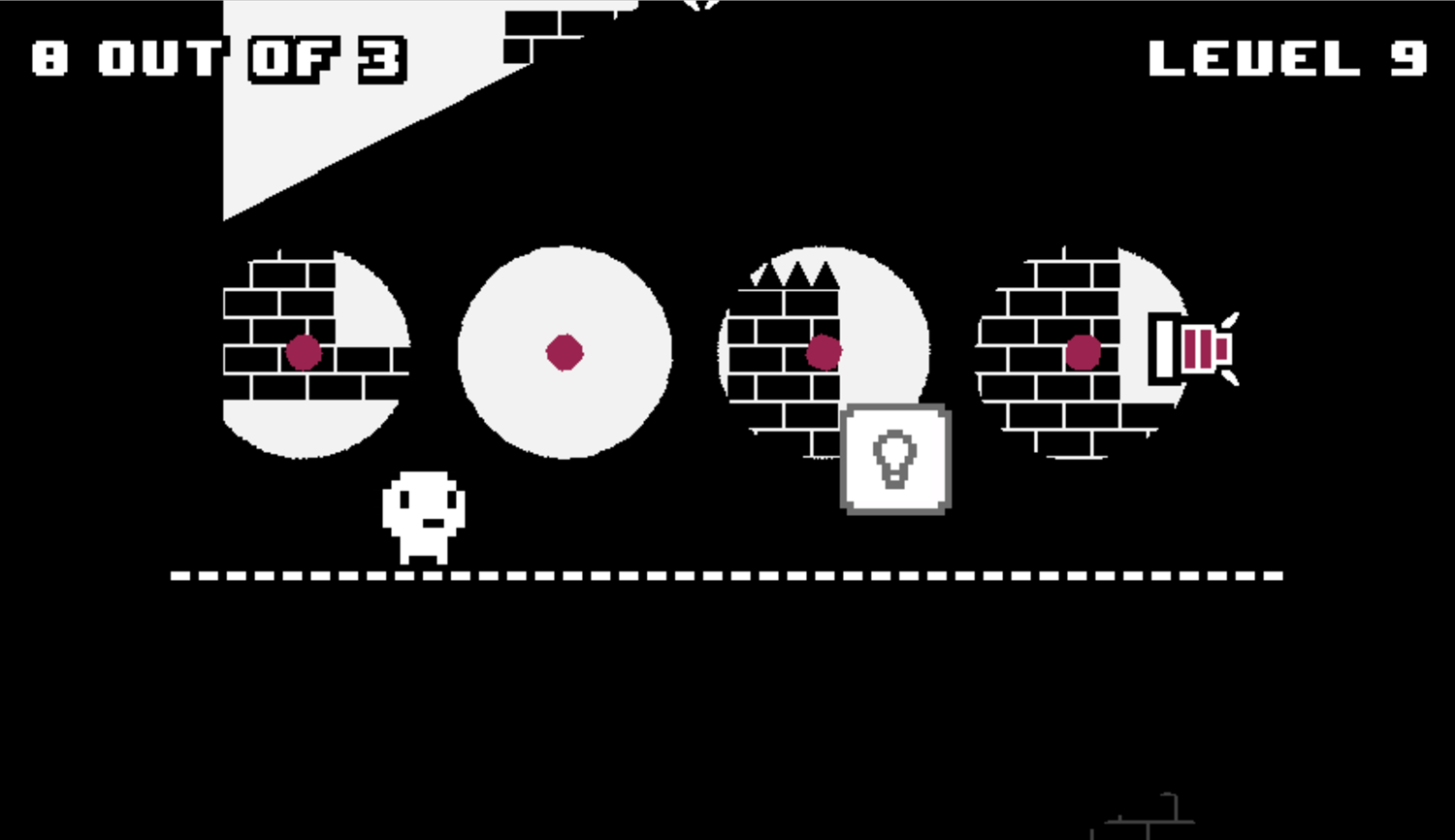 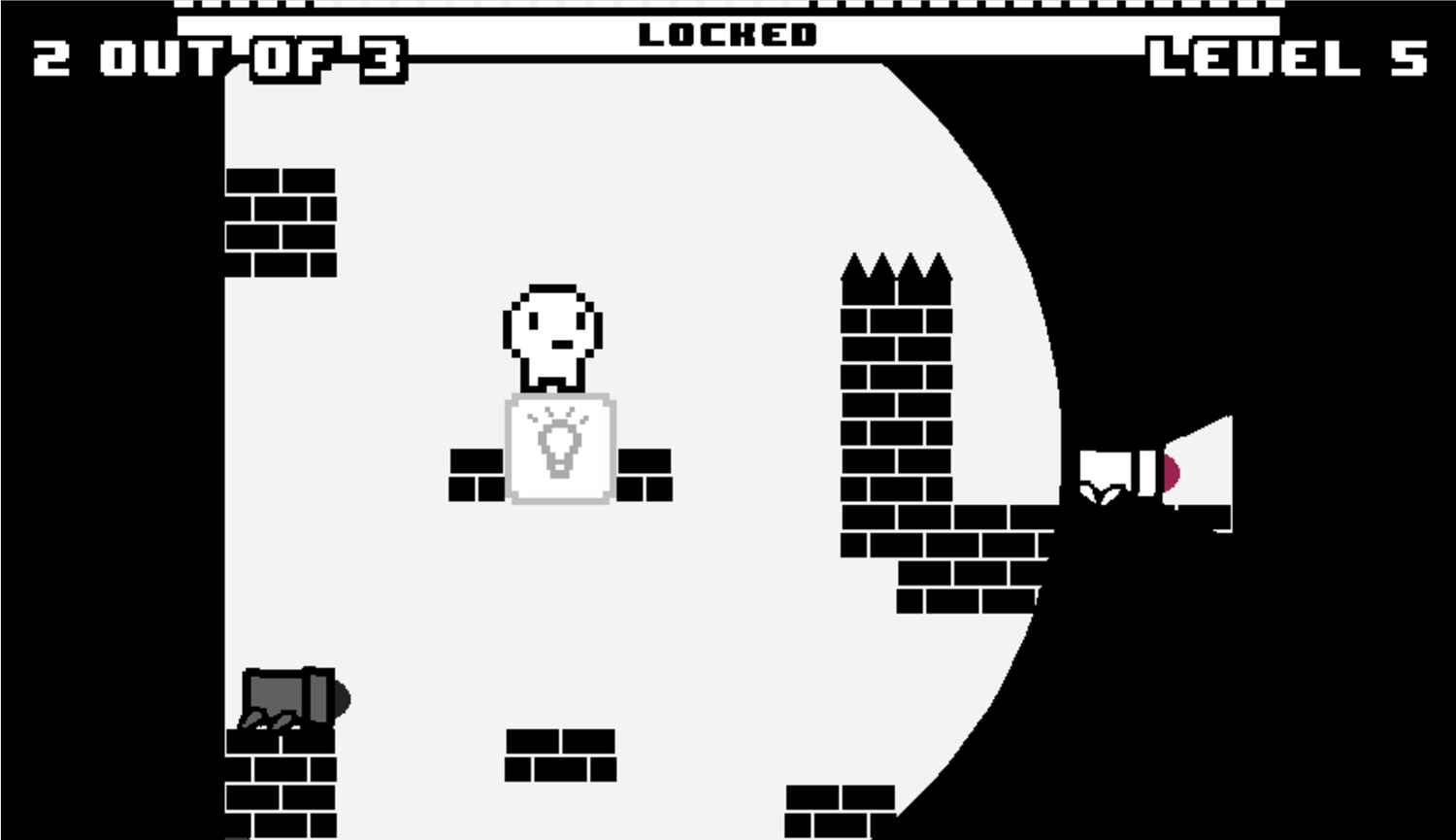 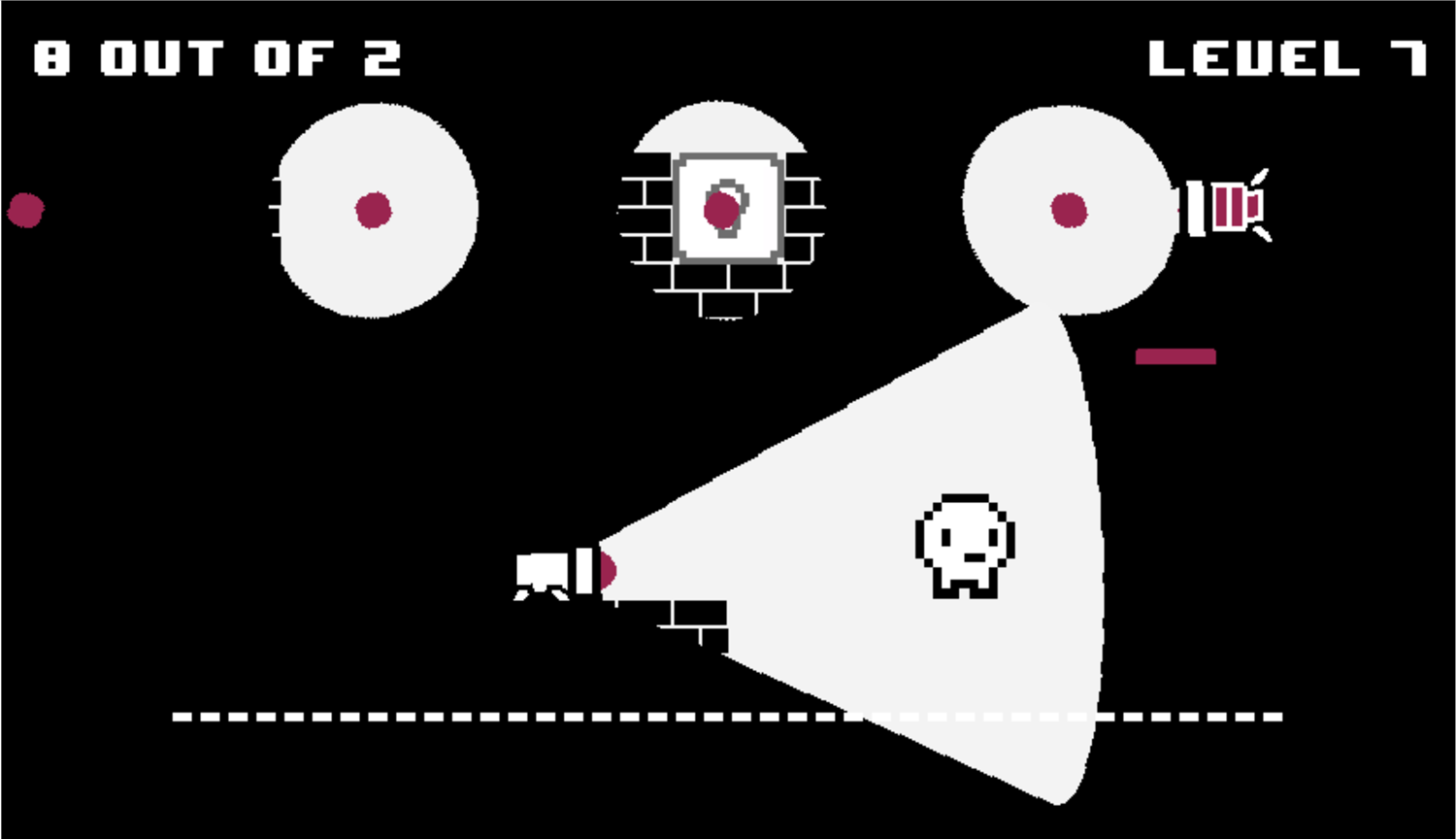 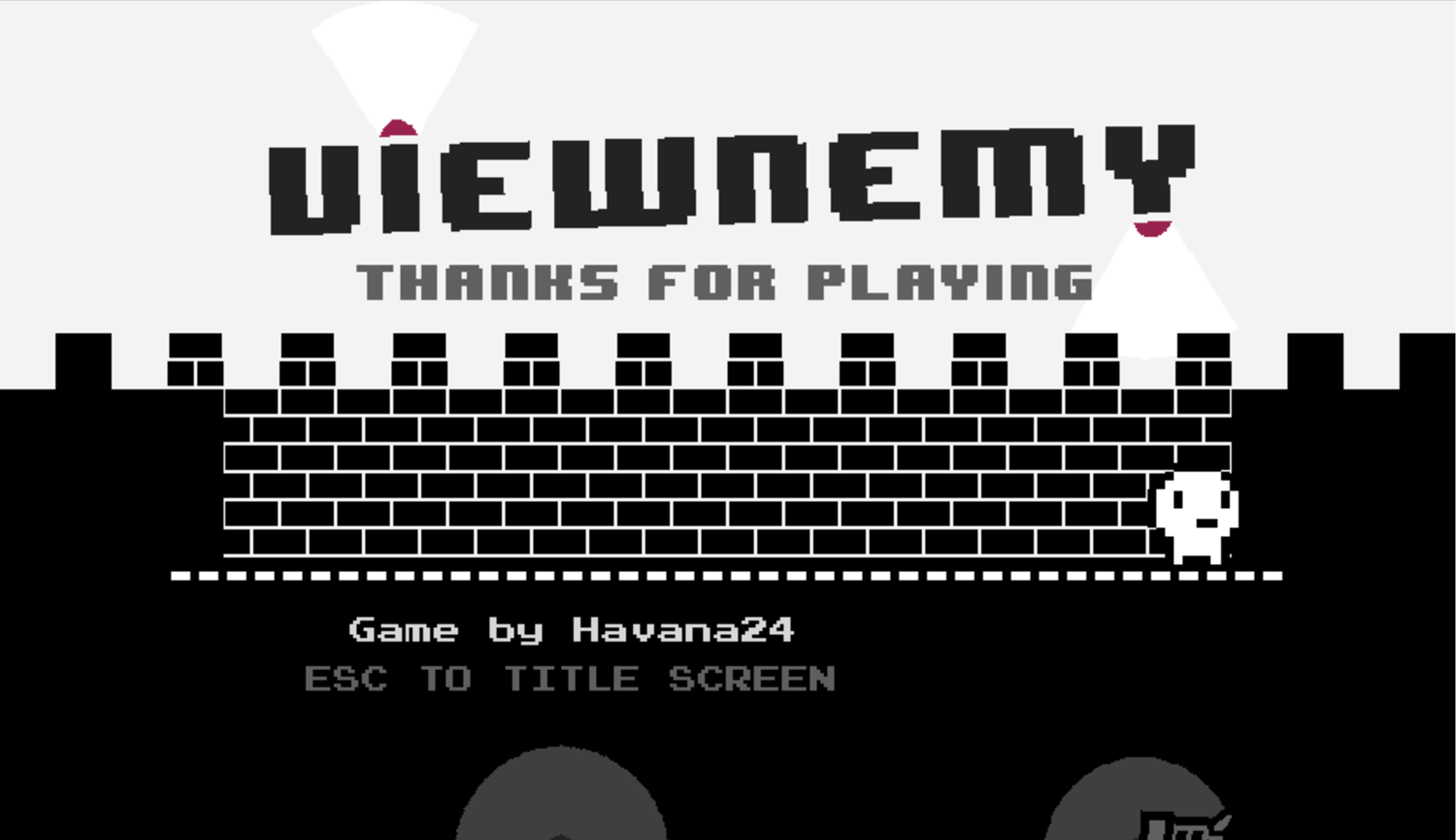