This is a modified game of Russian Solitaire with a 10-minute limit and free cells you can store cards in temporarily. This game has 4 levels, with each level offering one fewer free cell than the level prior. 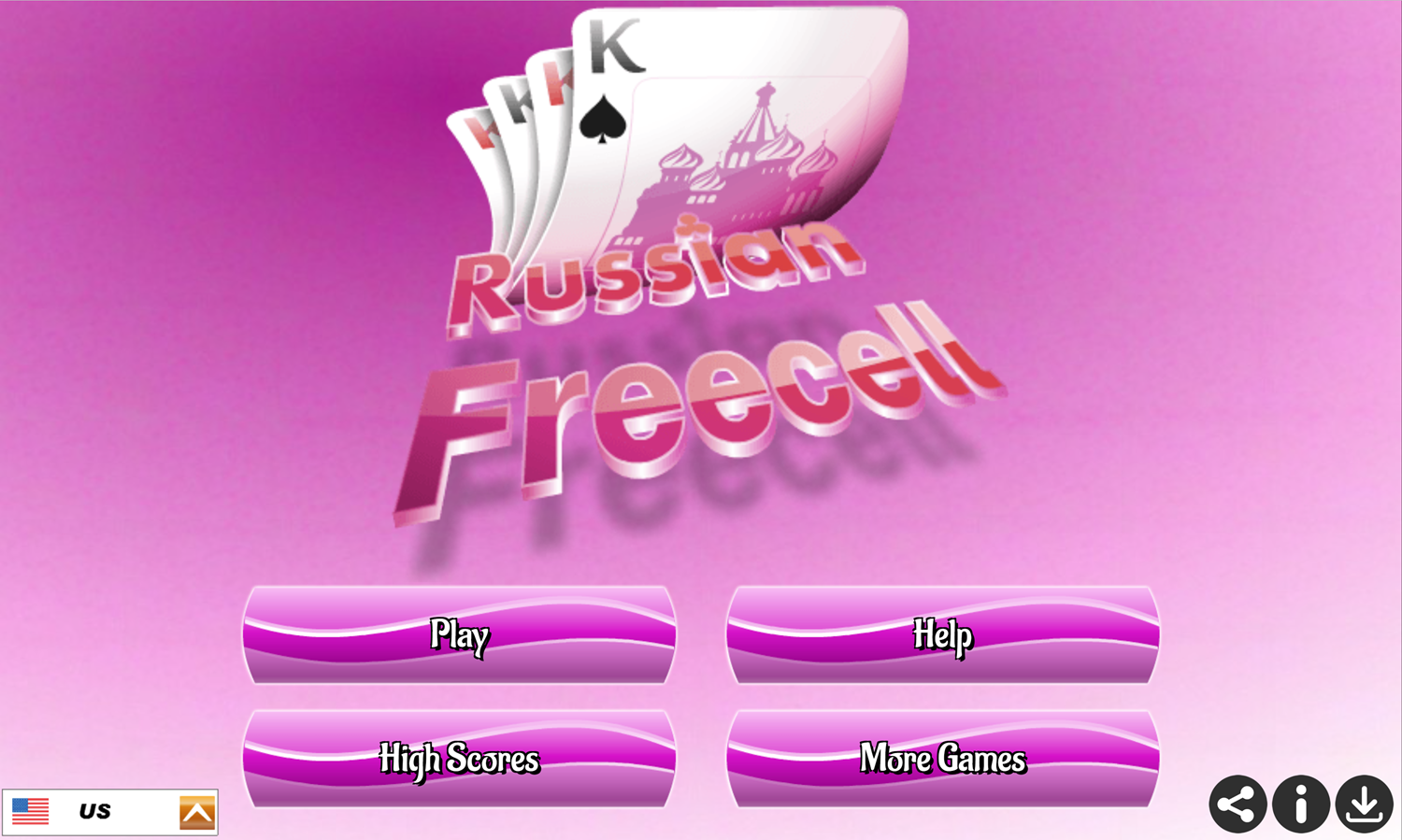 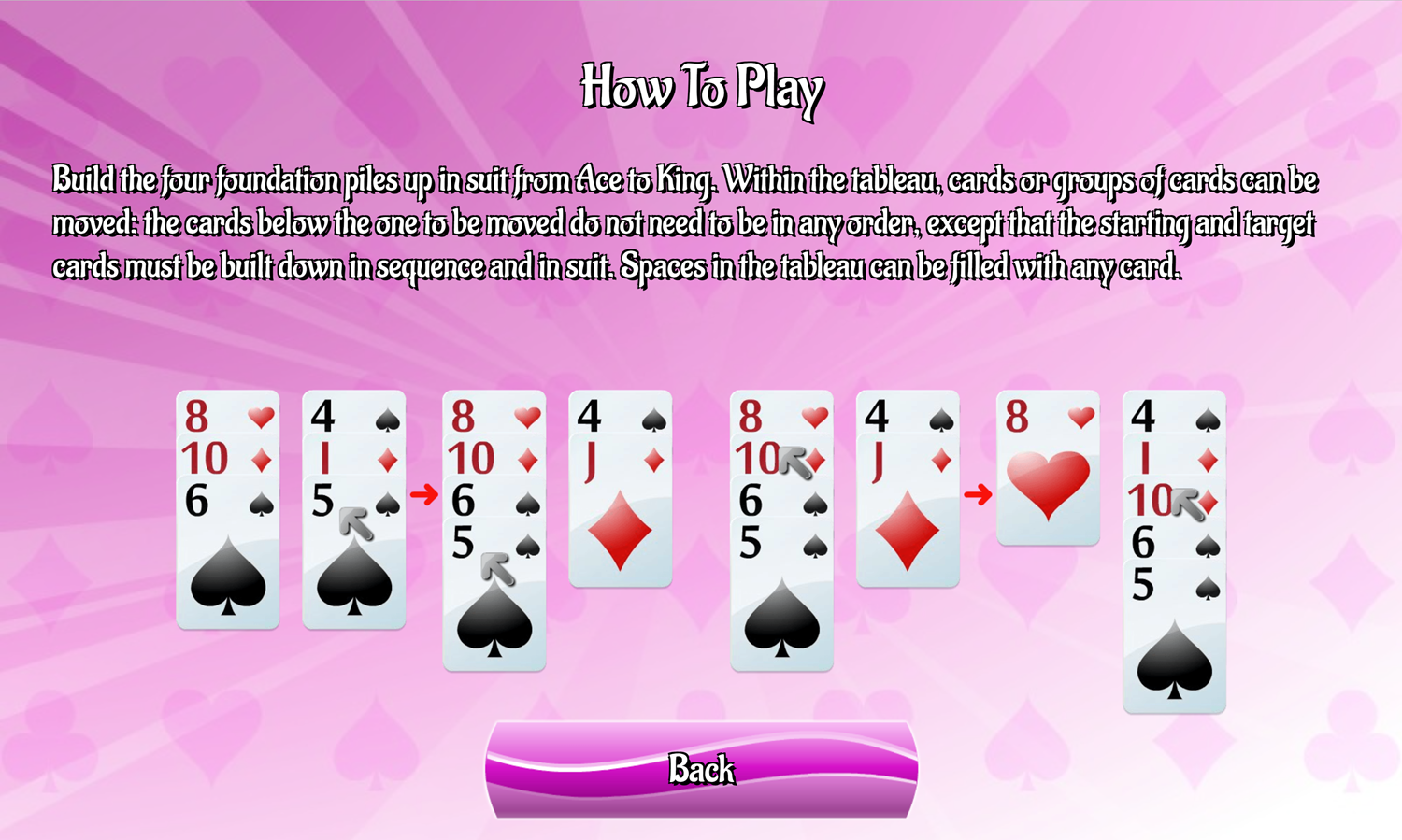 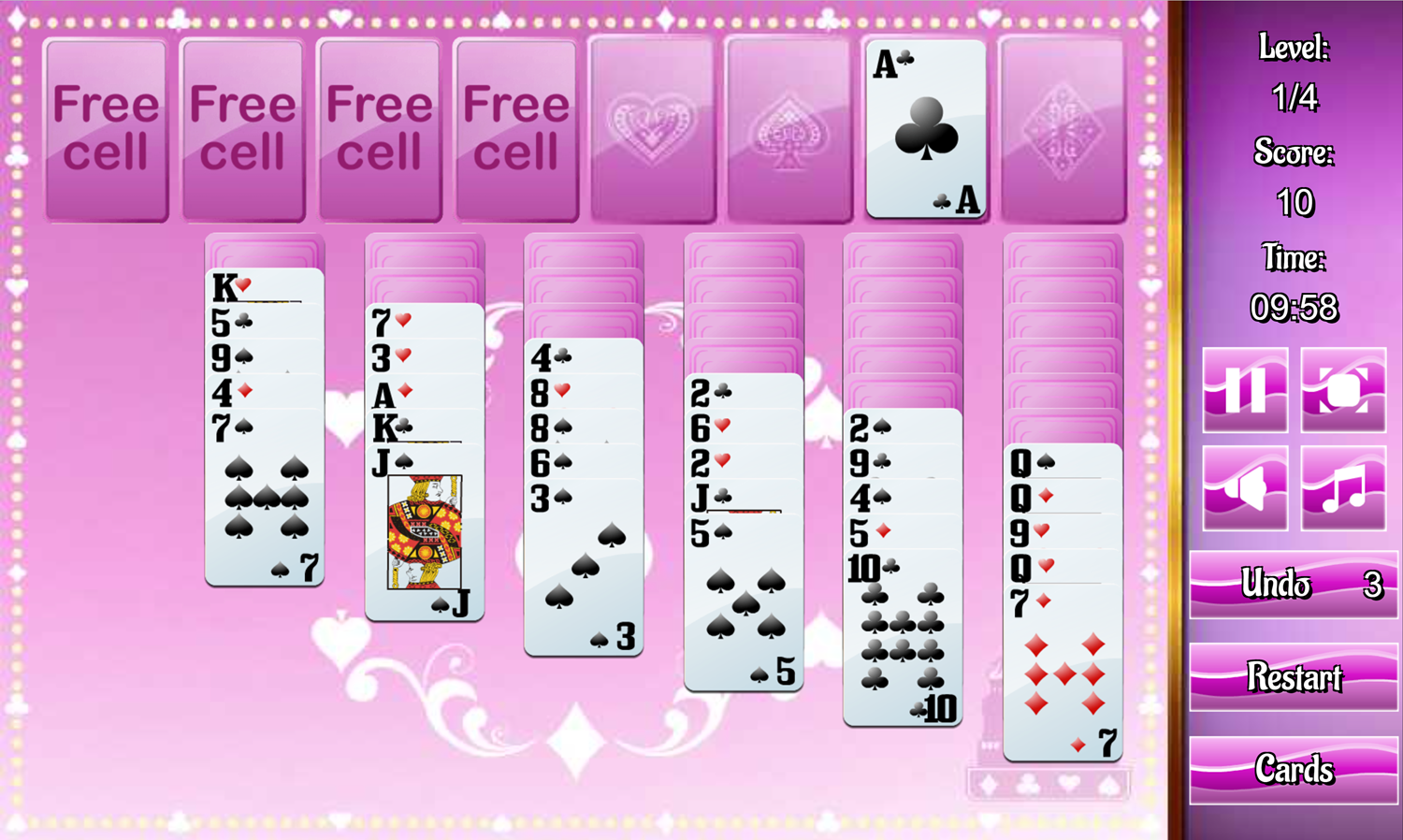 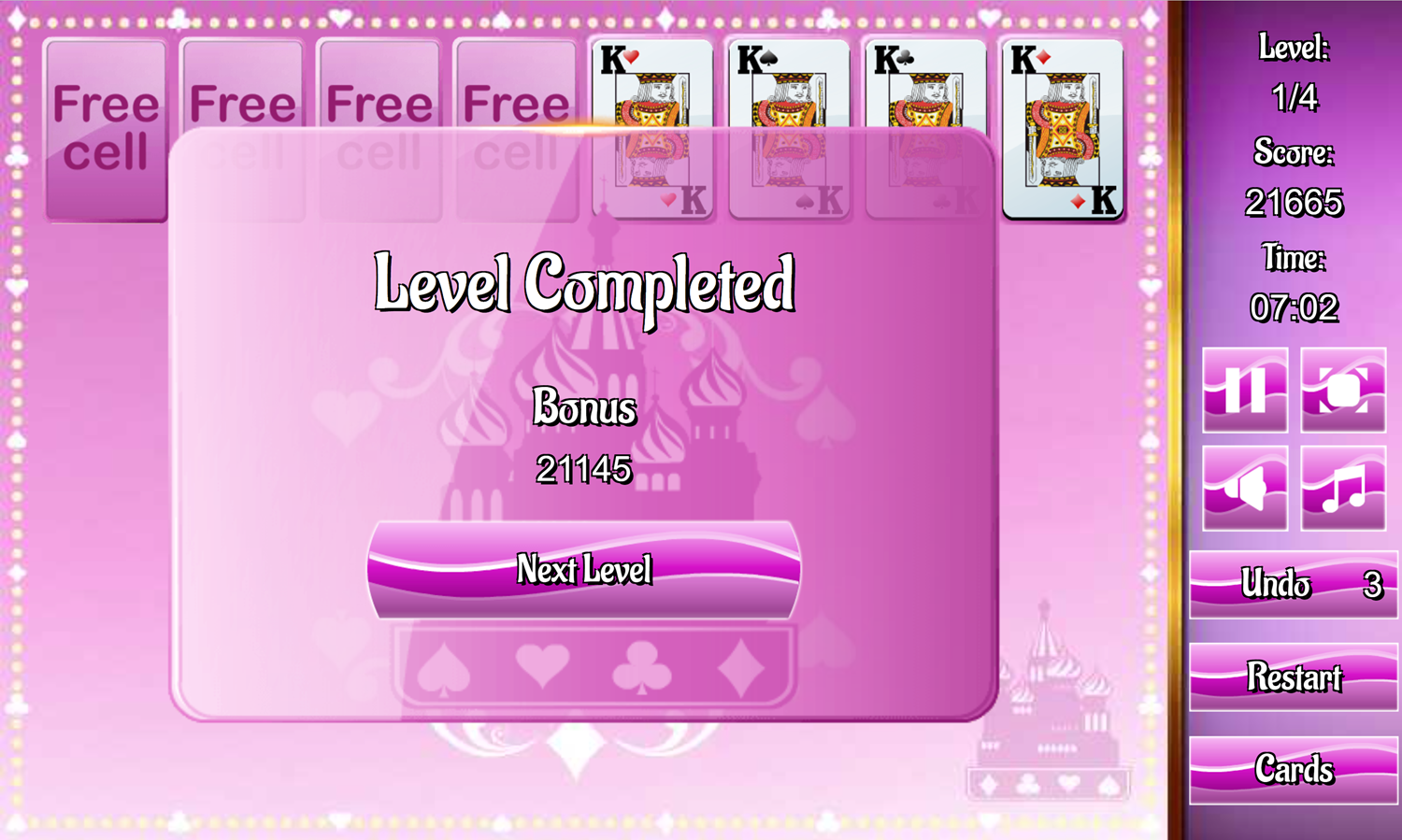 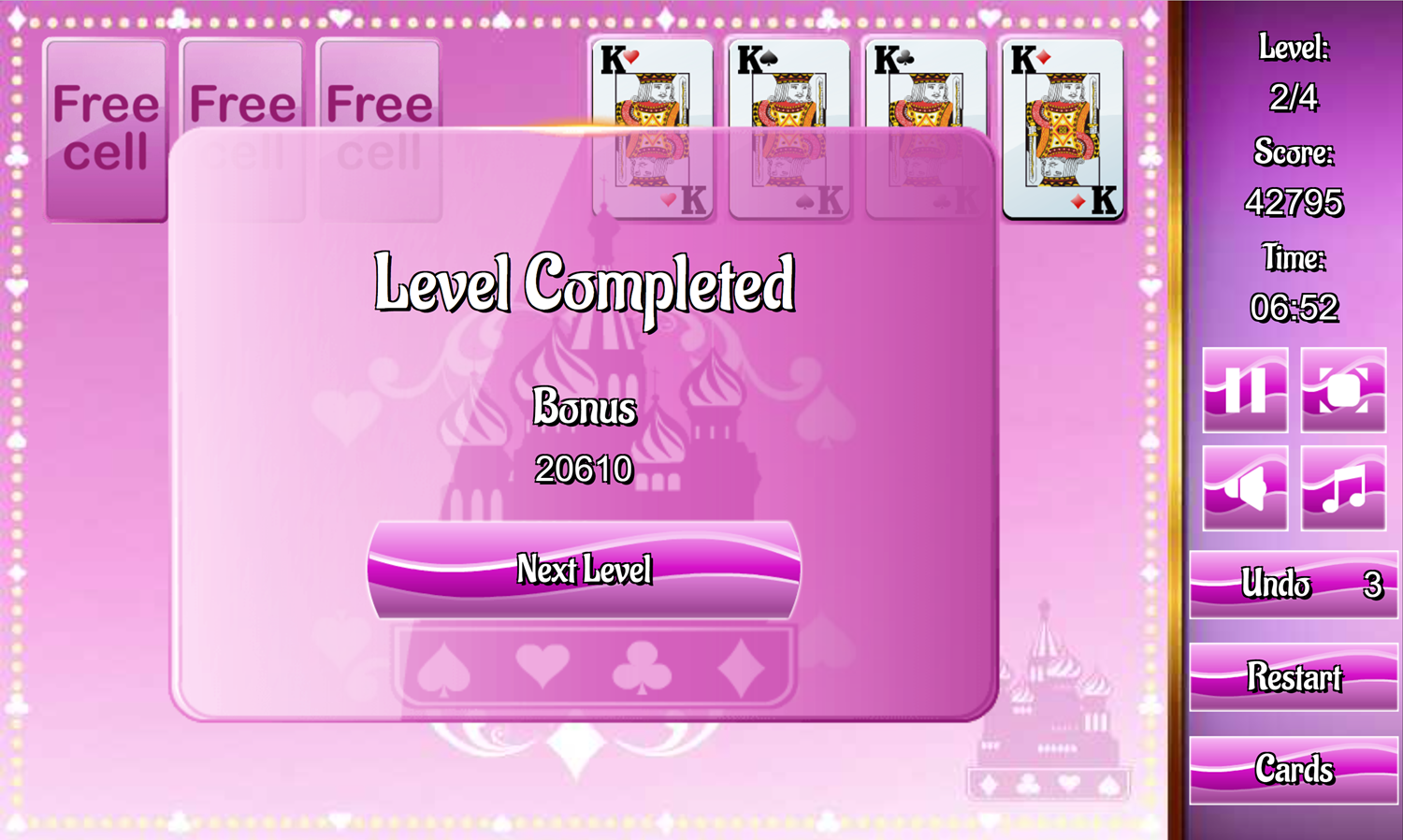 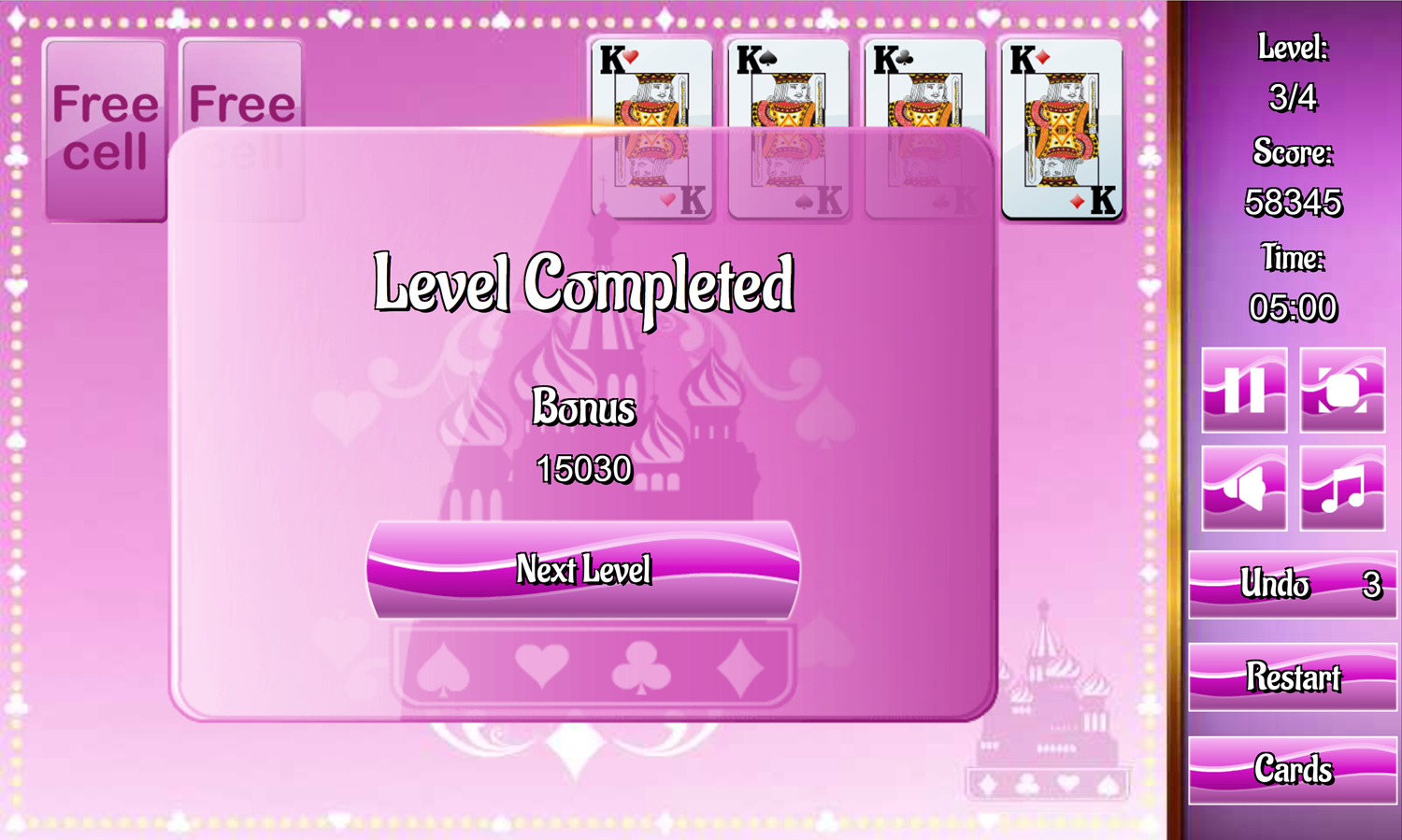 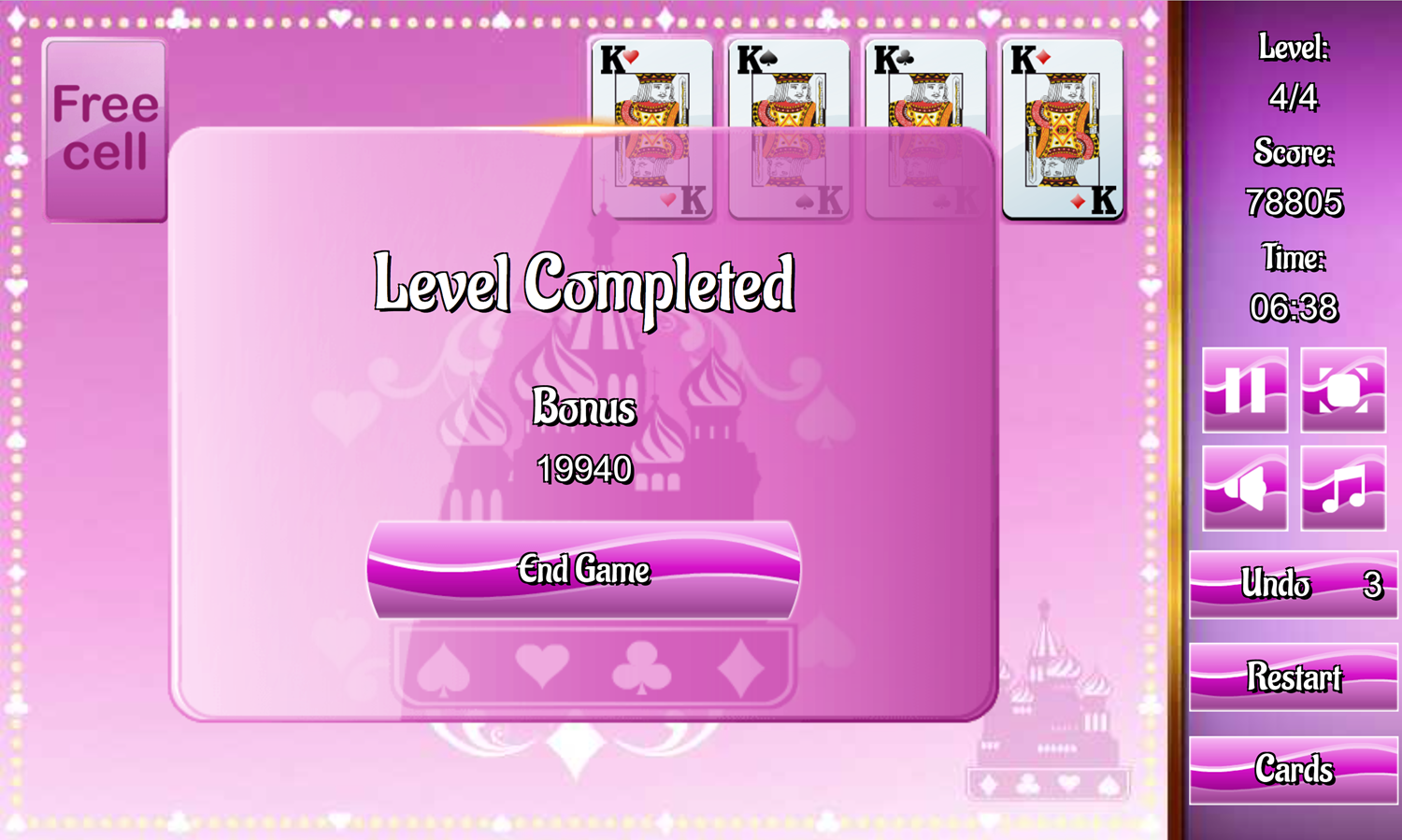 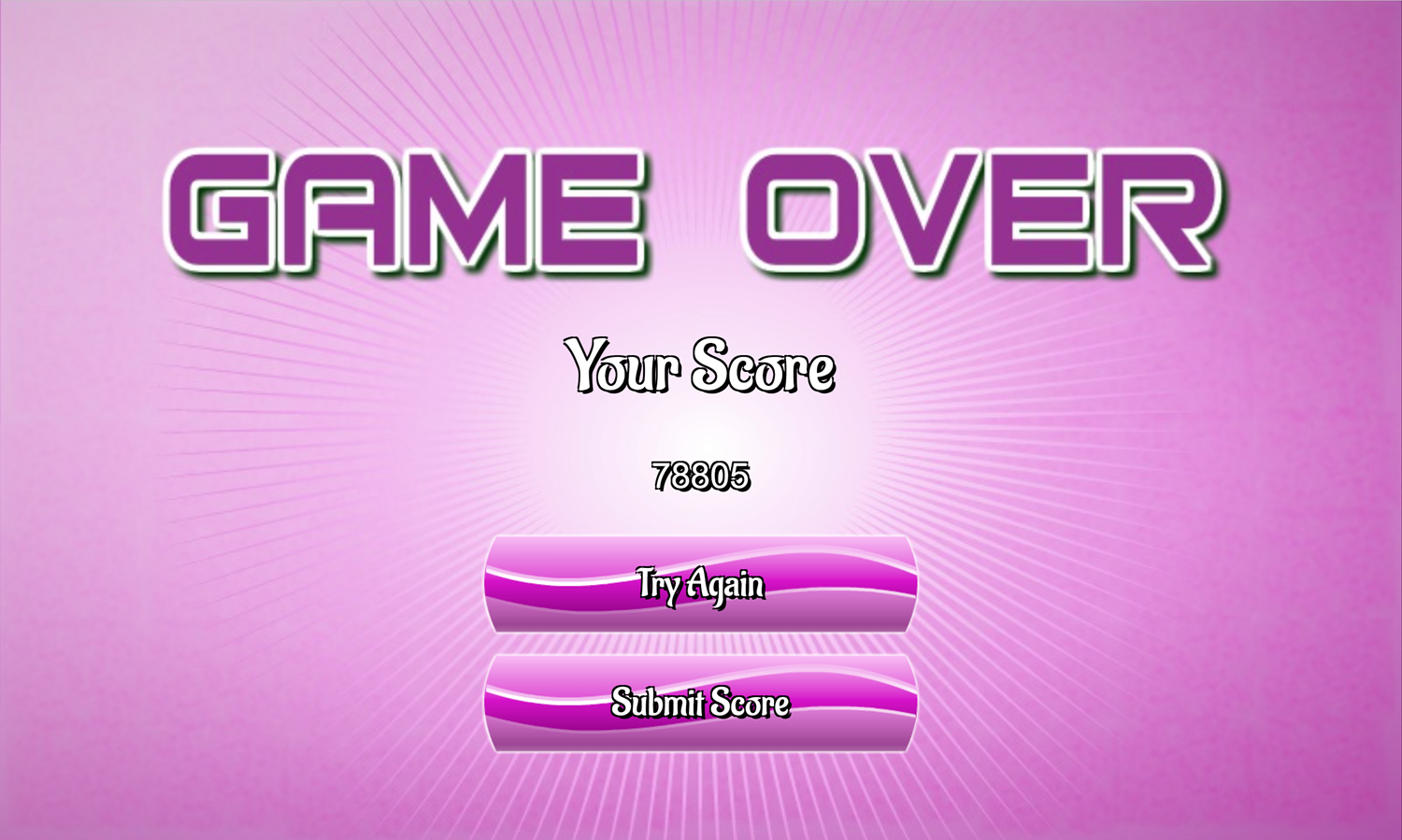