This is a 14-stage physics puzzle game which is a fusion of a bomb blaster and minigolf. Aim for an eagle and settle for a birdie!

Alternatively kids and adults can play this explosion logic platforming video game for free as a web application here.

Move your bomb around and blow it up to jump. Avoid falling off the screen or hitting sharp objects & shoot into the hole in as few strokes as you can to earn the best score. 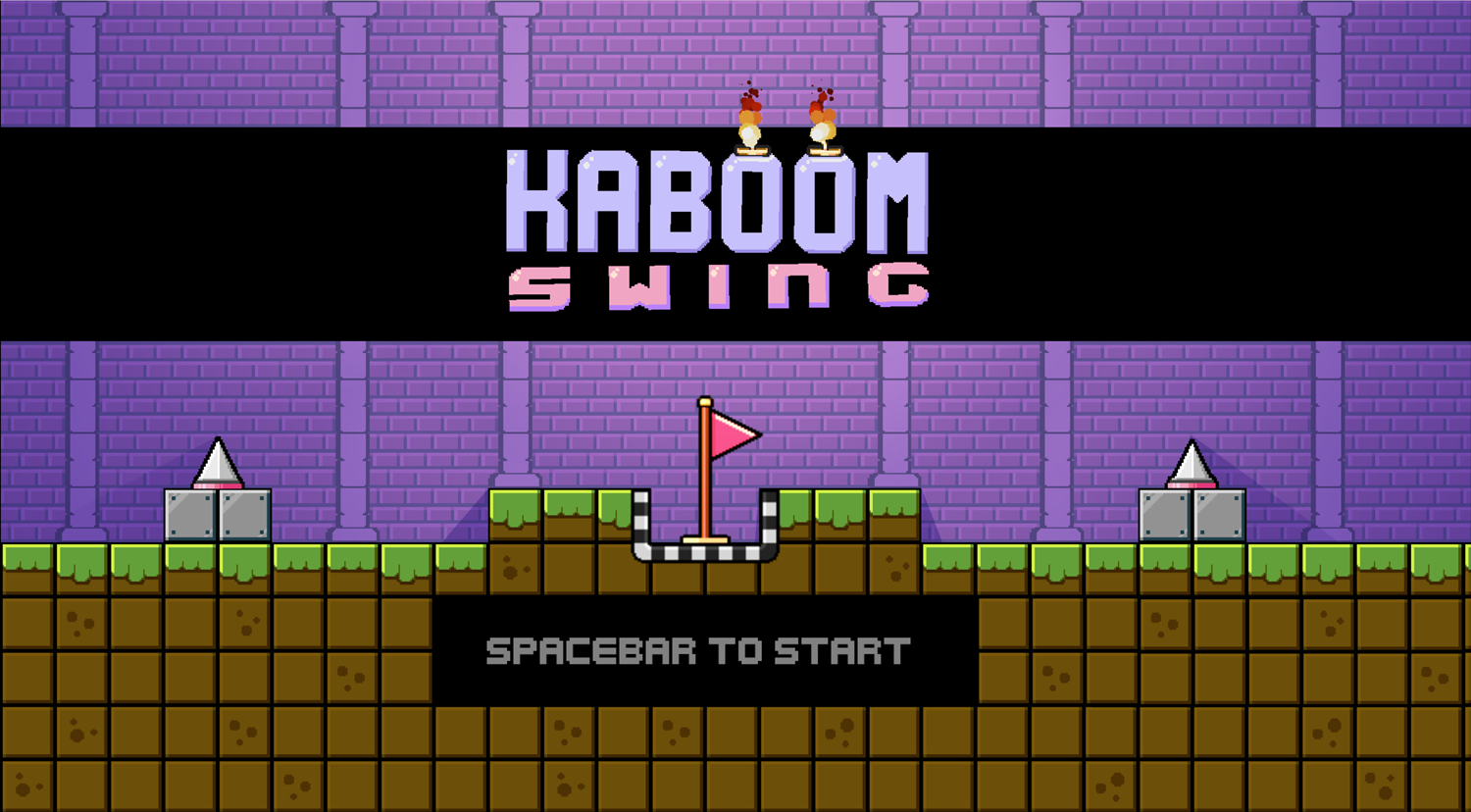 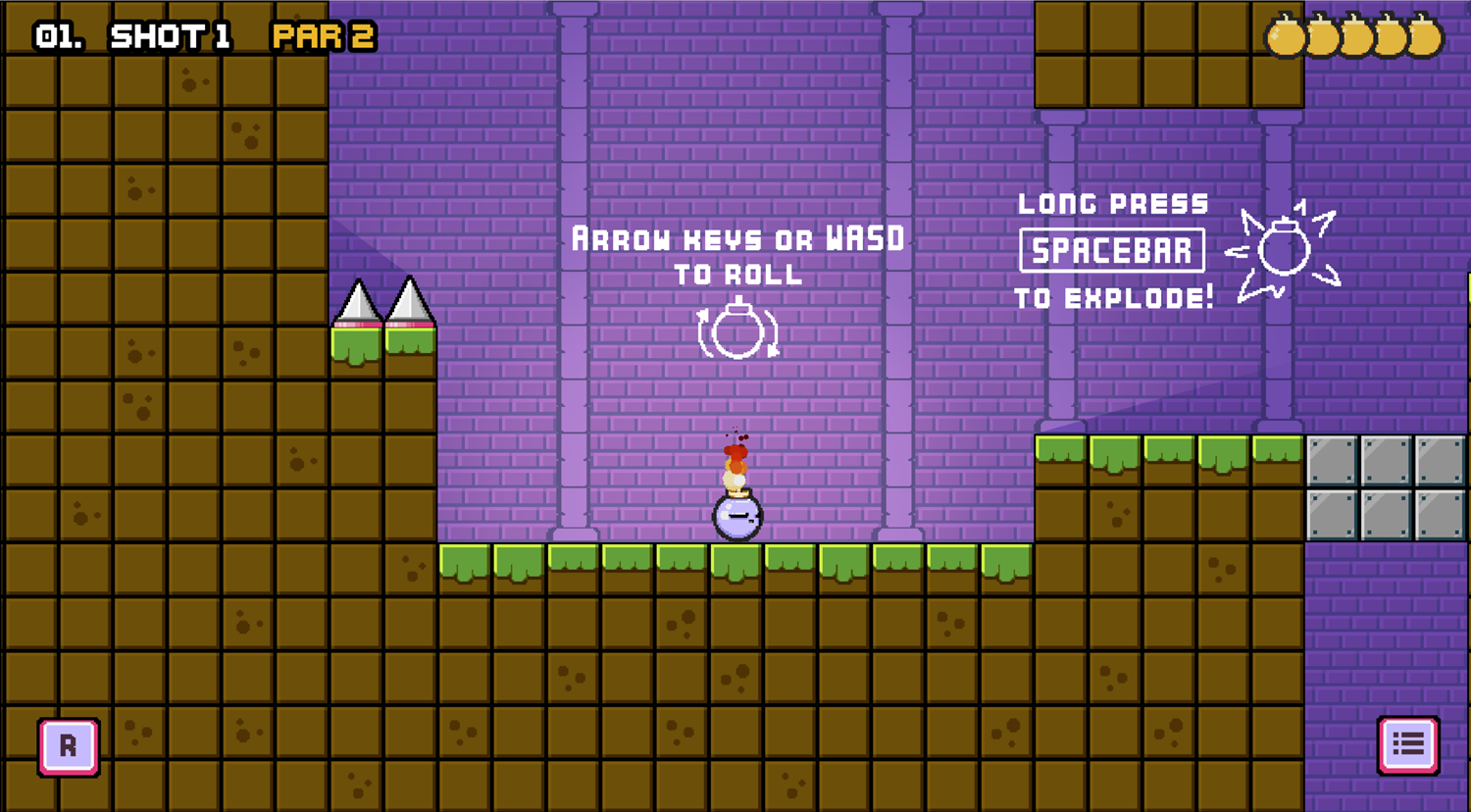 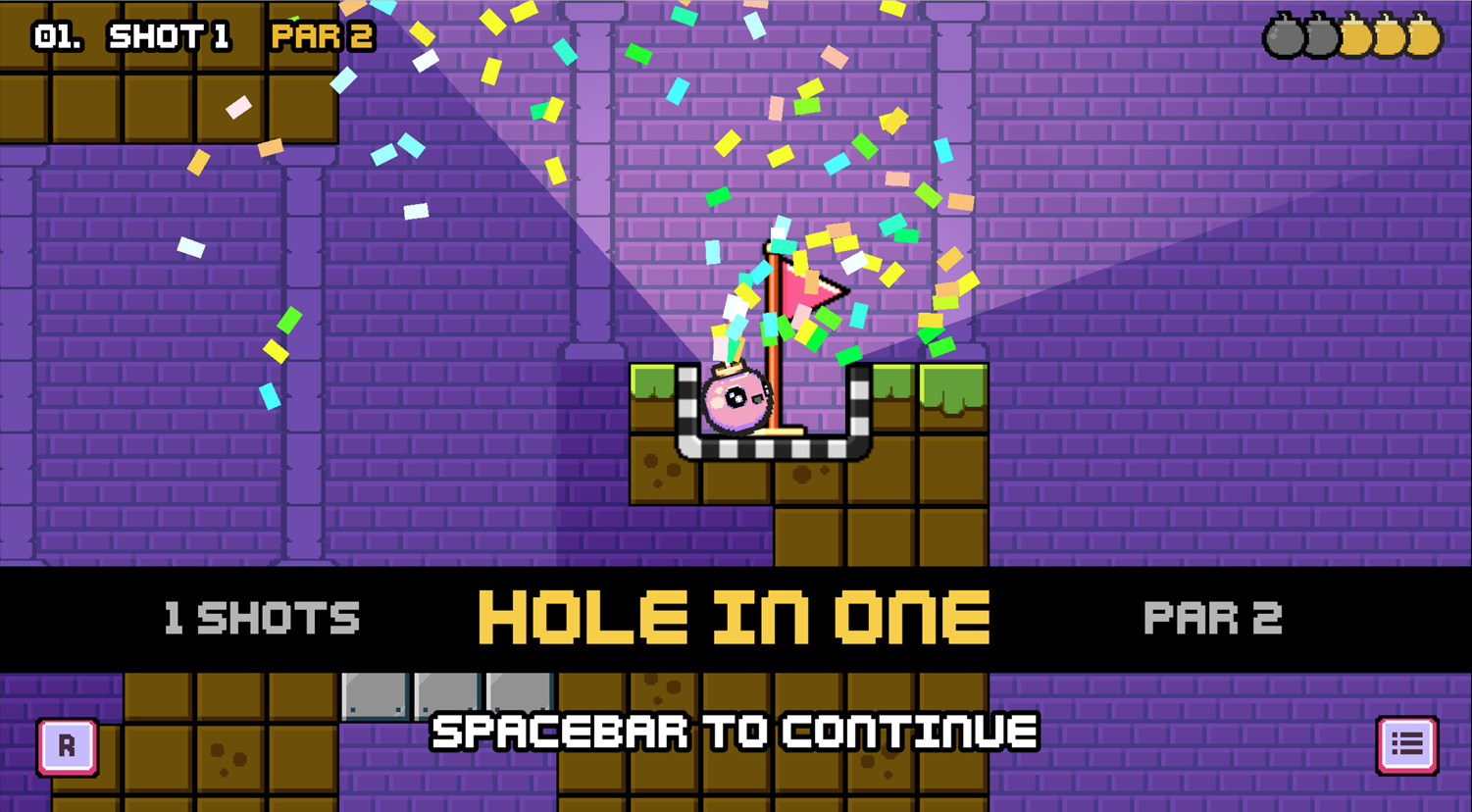 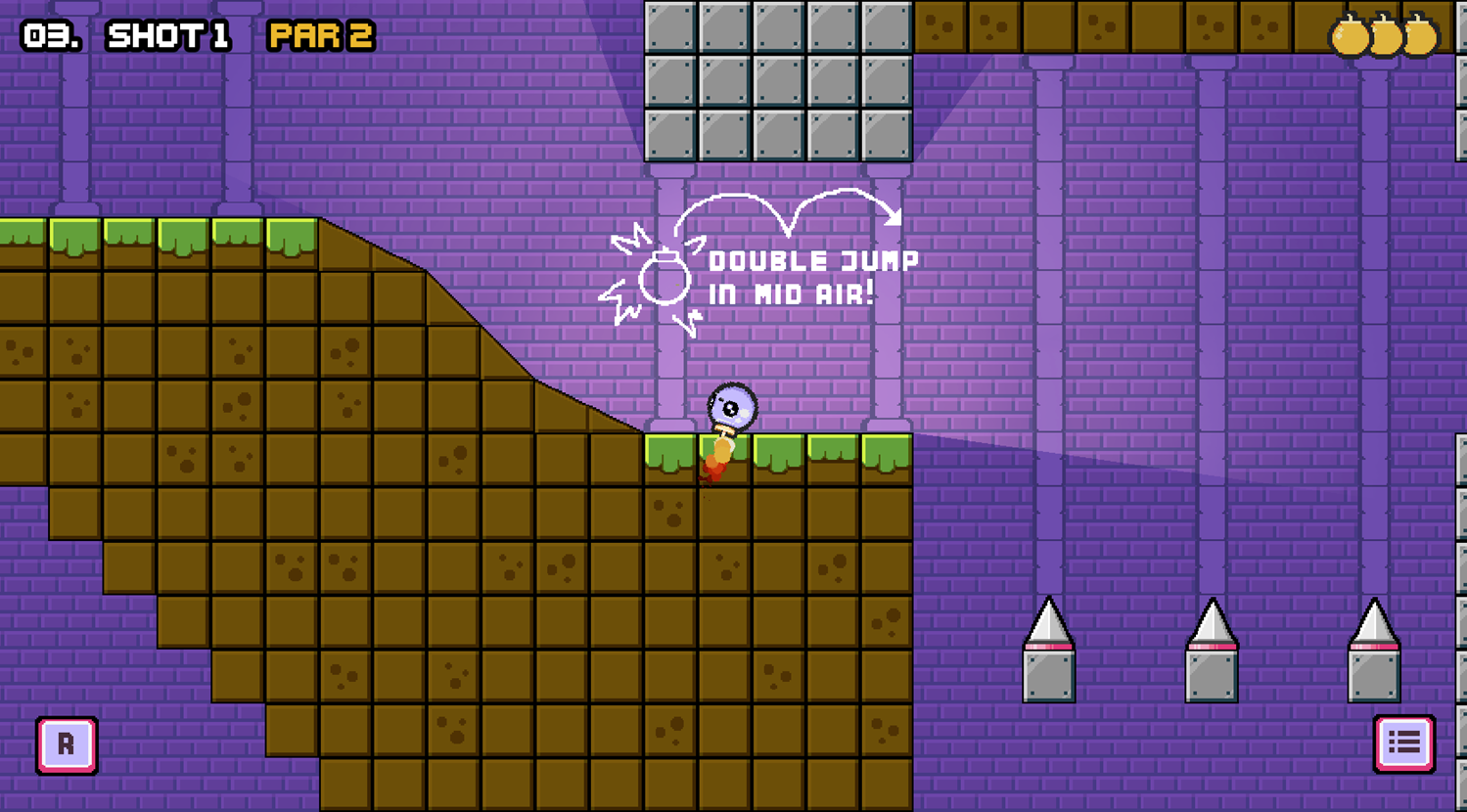 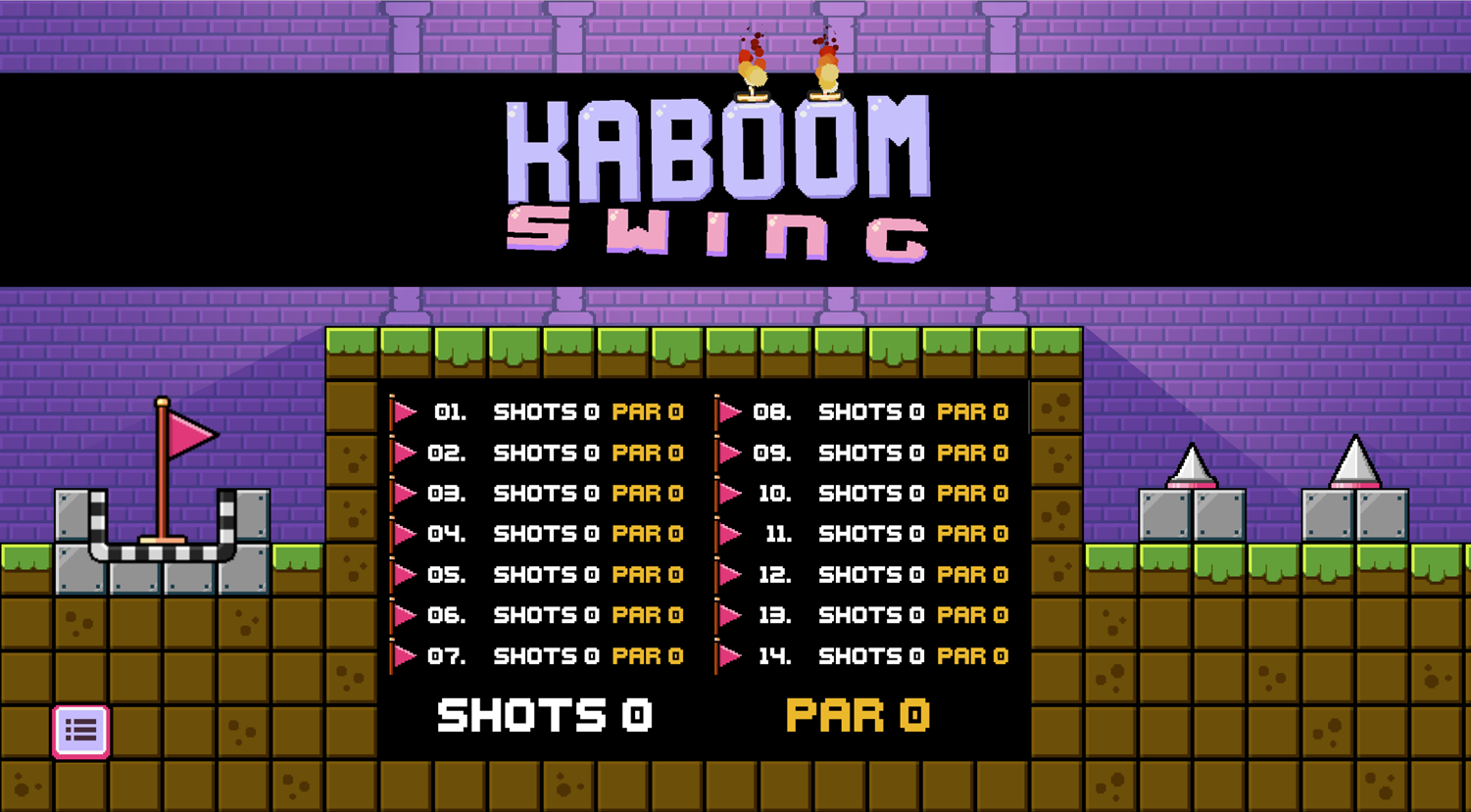 This game was published in these categories: Golf, Physics. You can visit any of them to select other fun games to play.