This game is the standalone companion to our Daily Freecell game. Players must build all 52 cards into suited ascending foundations to beat the game. The game does not have a time limit, but instead records how long it took you to beat it.

Children and parents can play this Freecell Solitaire game by clicking in the window below. 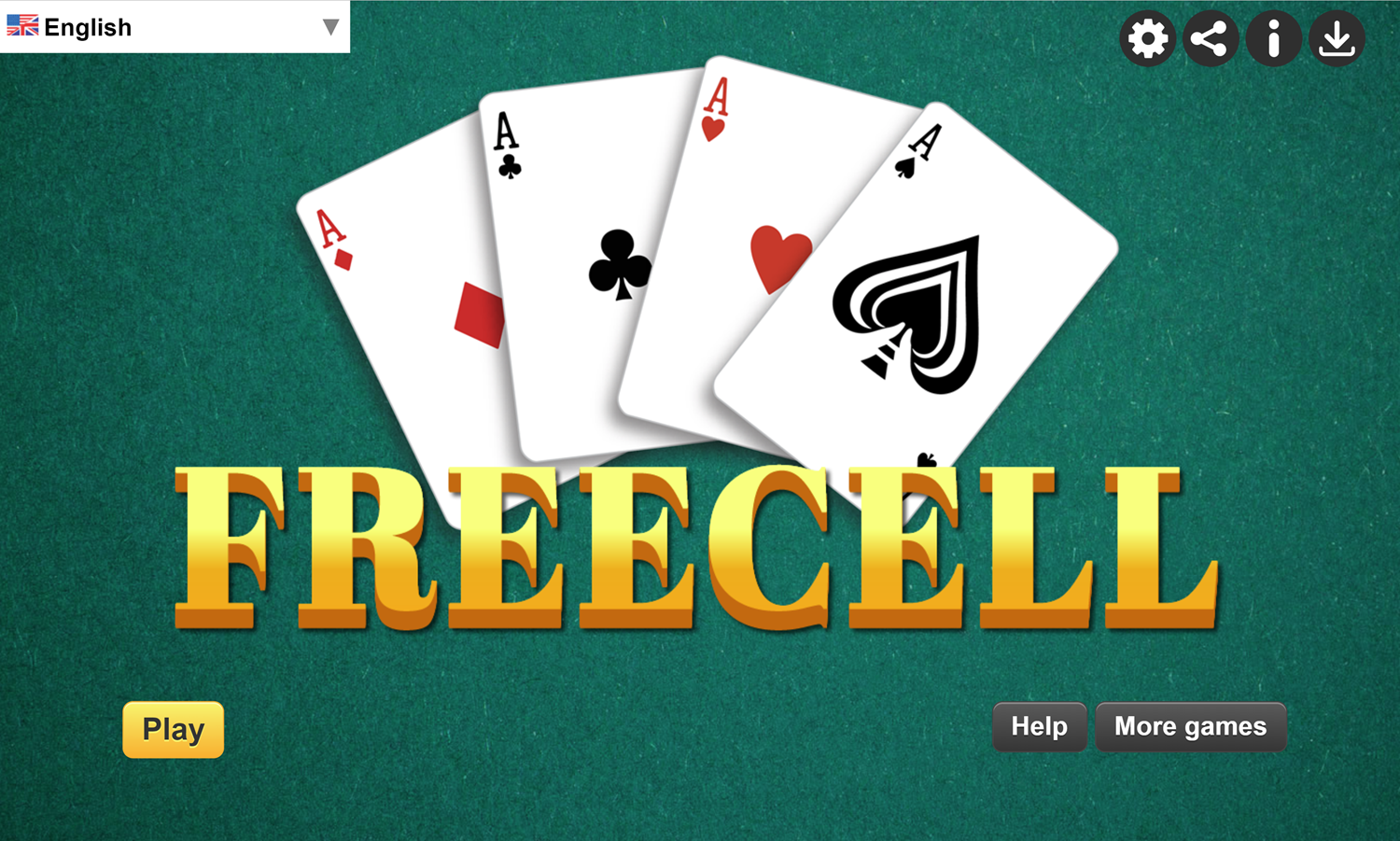 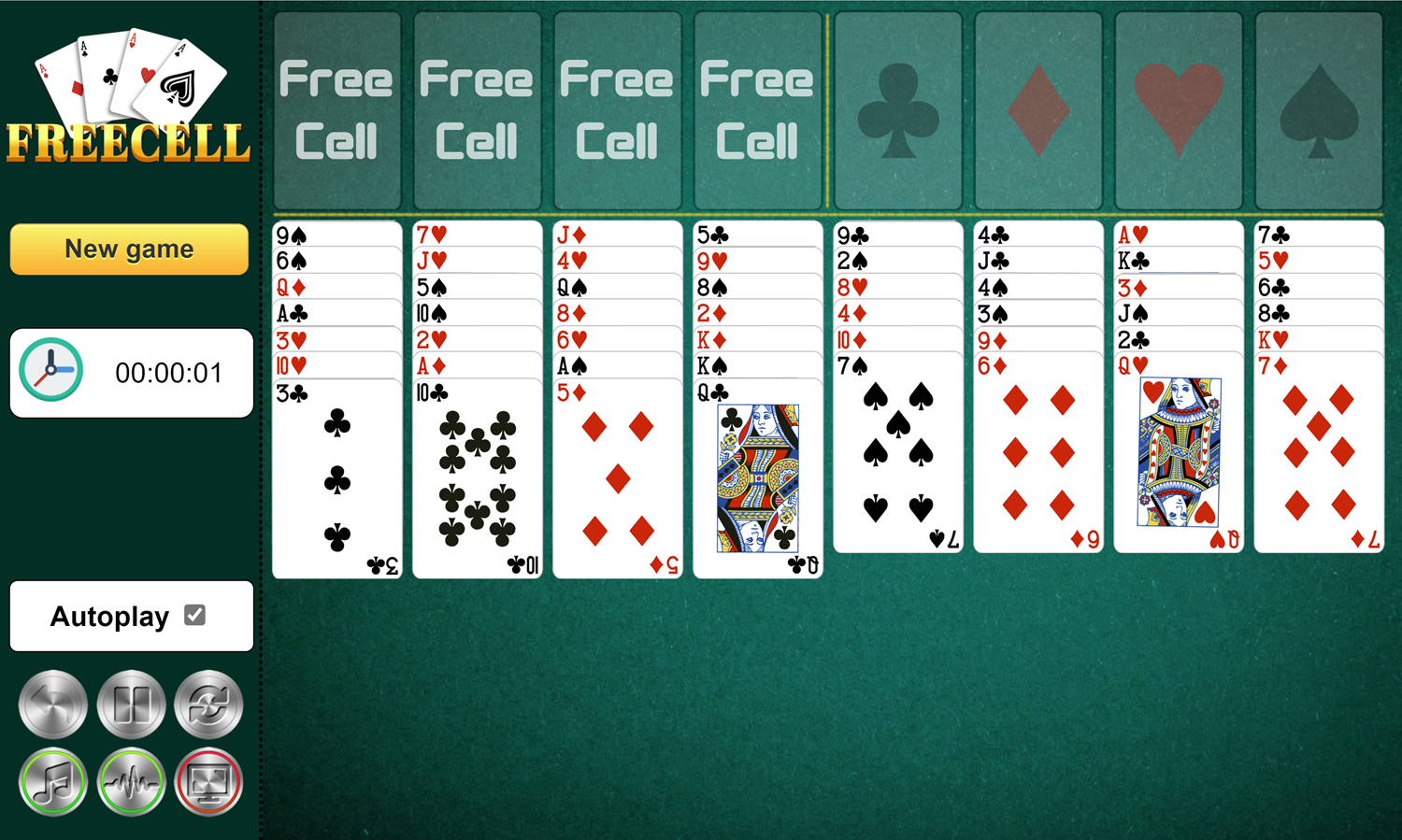 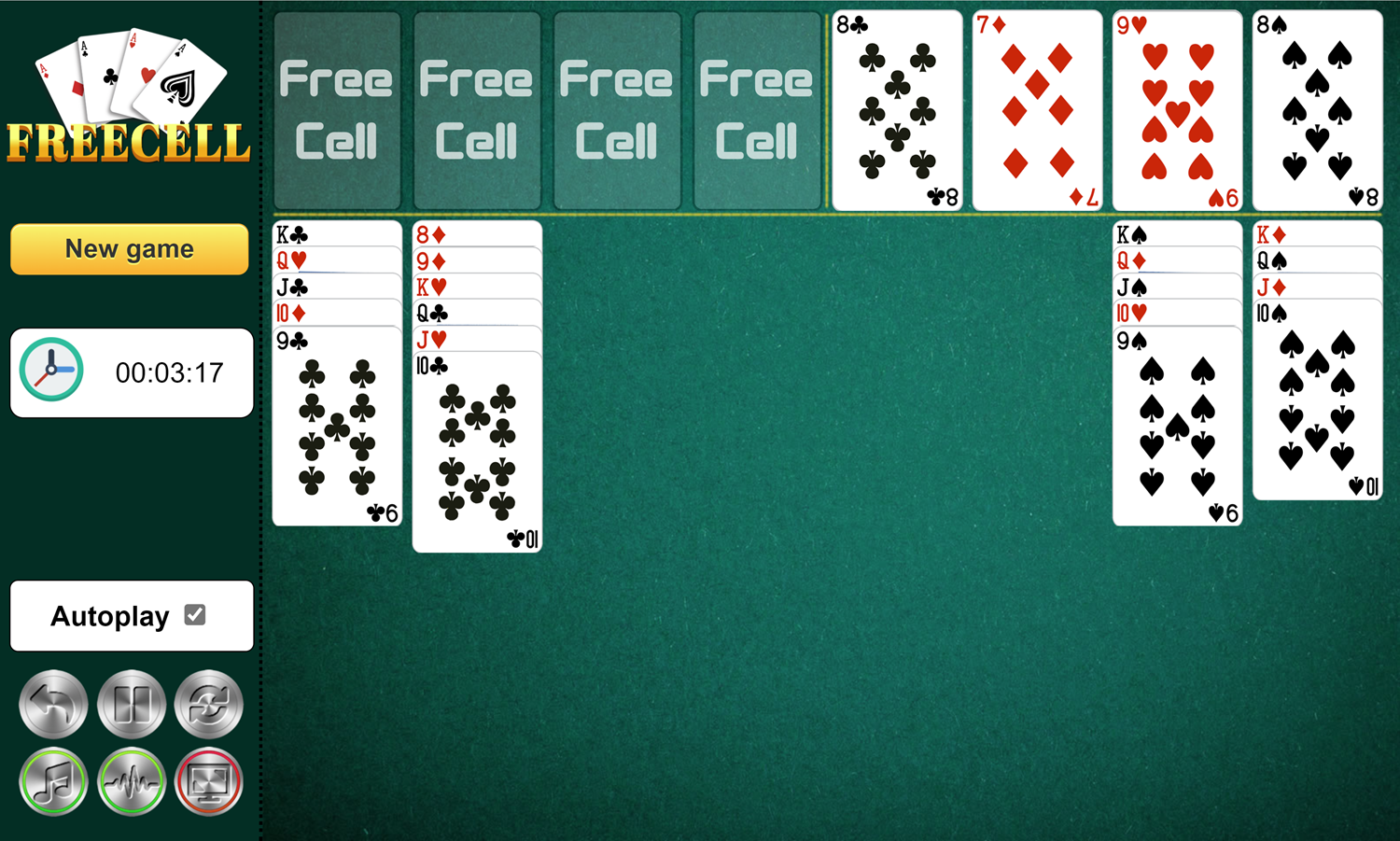 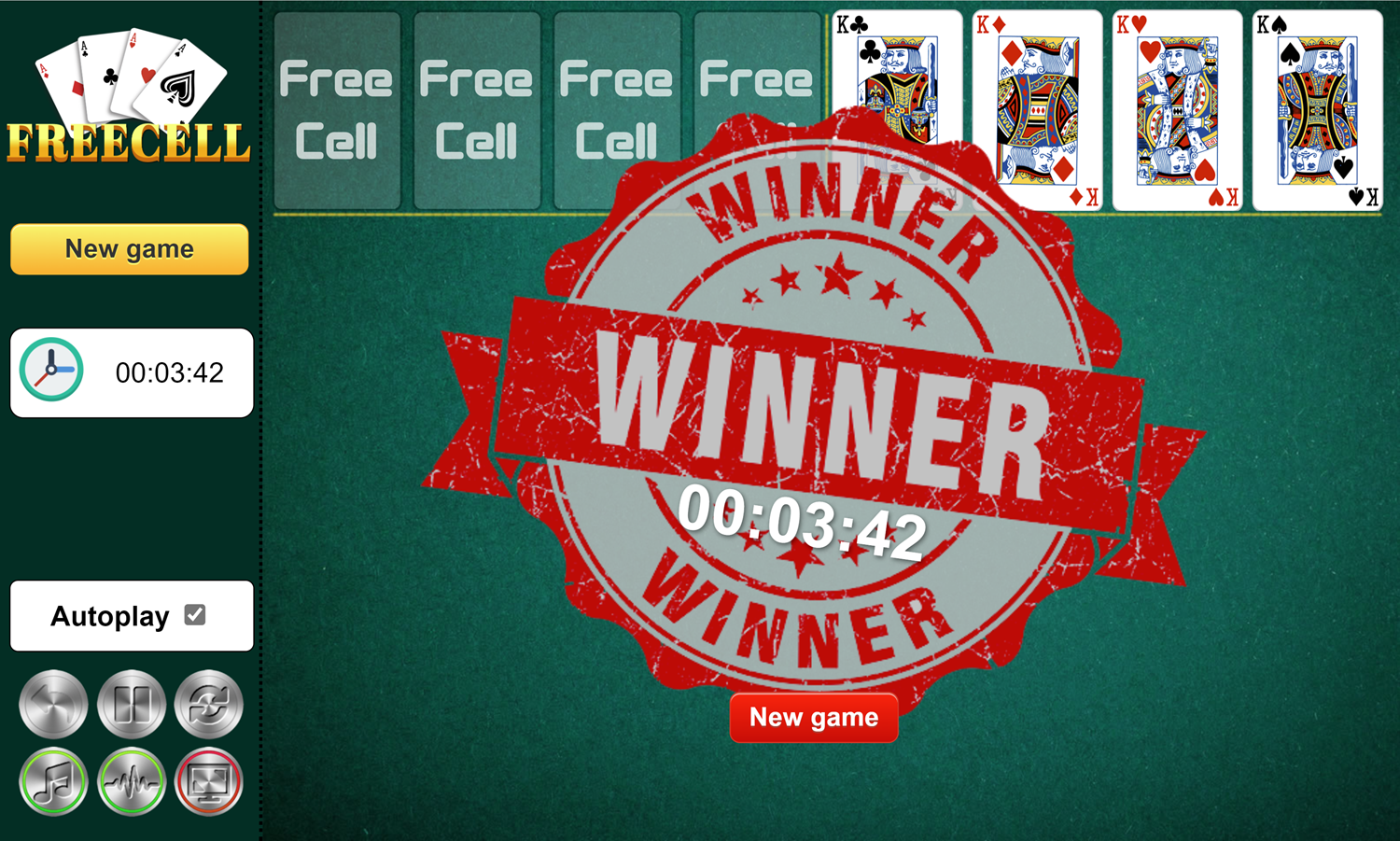