Help the monkey upgrade his coconut collection to a delectable banana in each of the 15 levels.

Children and parents can play this level escape platforming game by clicking in the window below.

Alternatively kids and adults can play this coconut monkey platformer video game for free as a web application here.

Help the monkey make it to the banana on each stage. Throw coconuts to knock things loose or create temporary platforms. Flatten the coconuts out by jumping on them to create arrows which can fire further or can be used to create ladders to climb high.

Like This Game? Review This Fighting Simulation Video Game for Young Girls & Boys 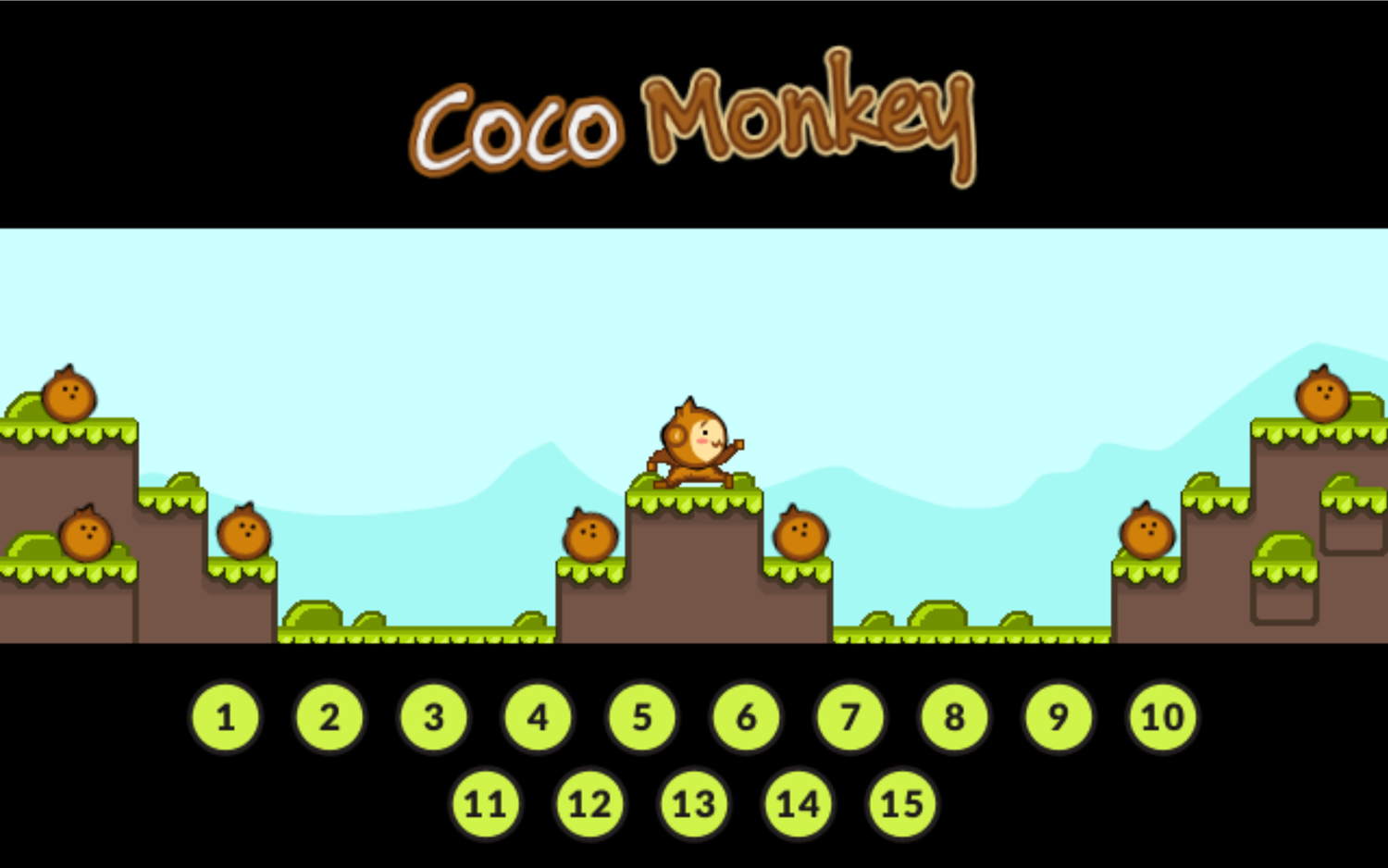 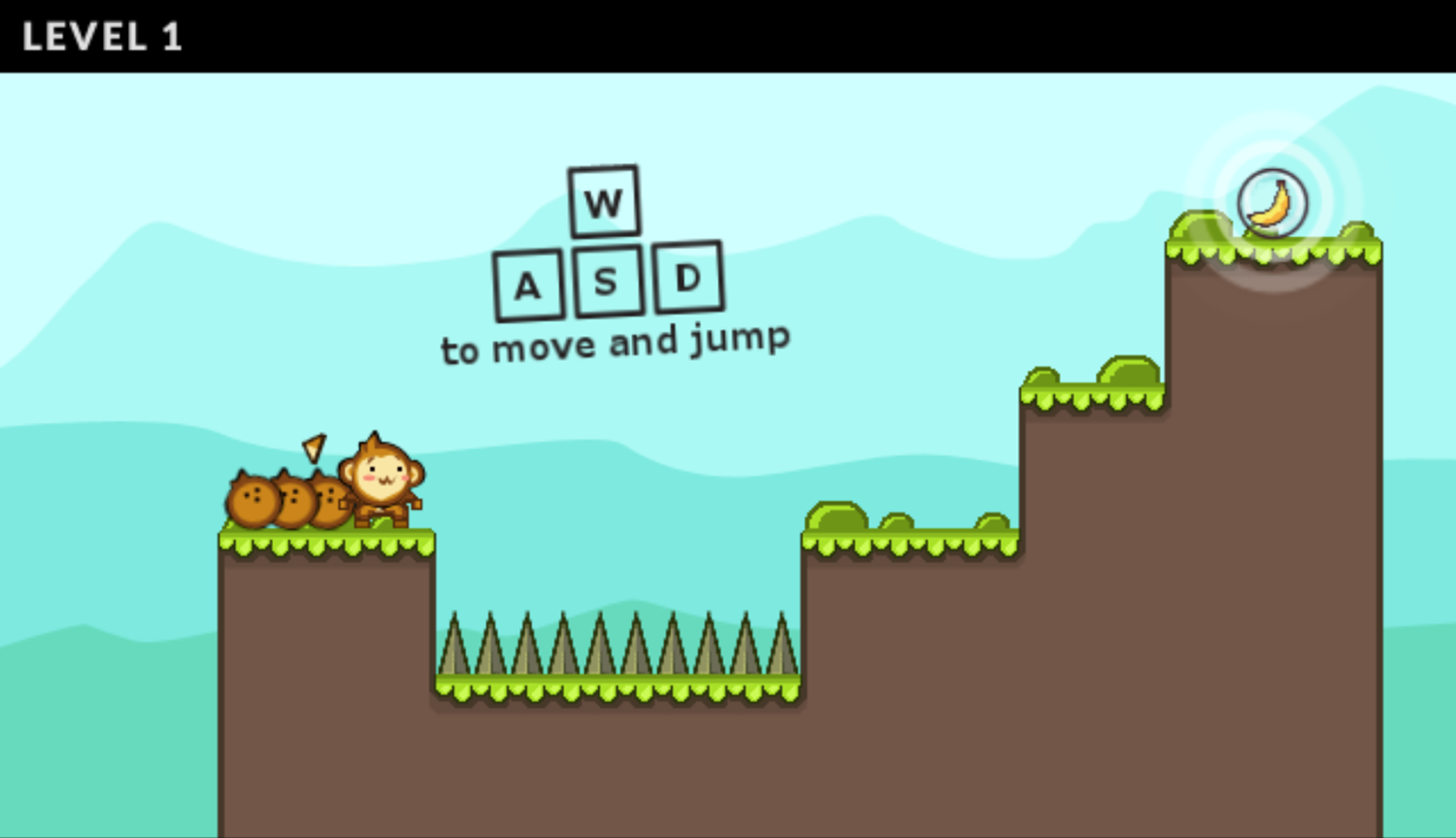 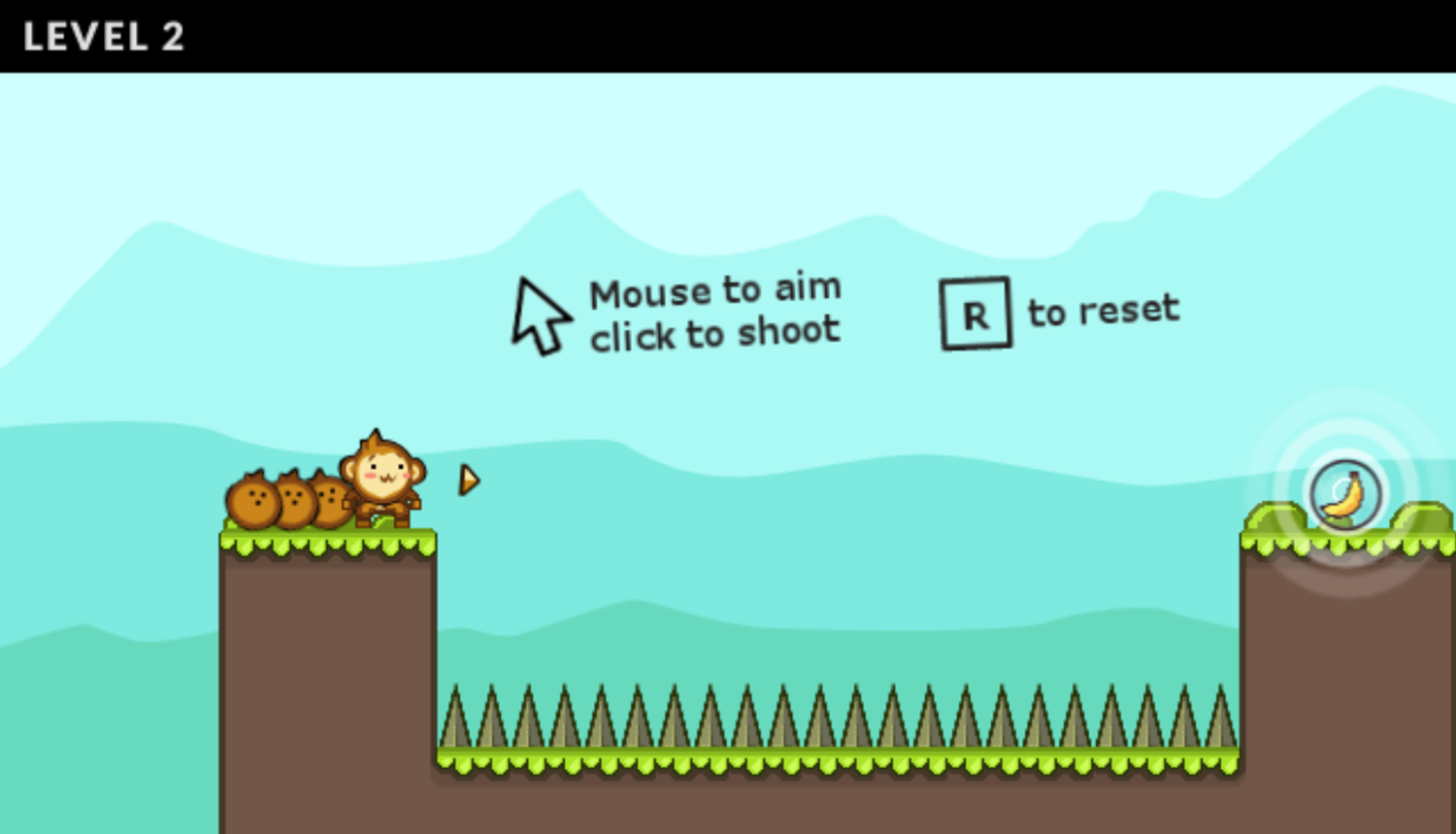 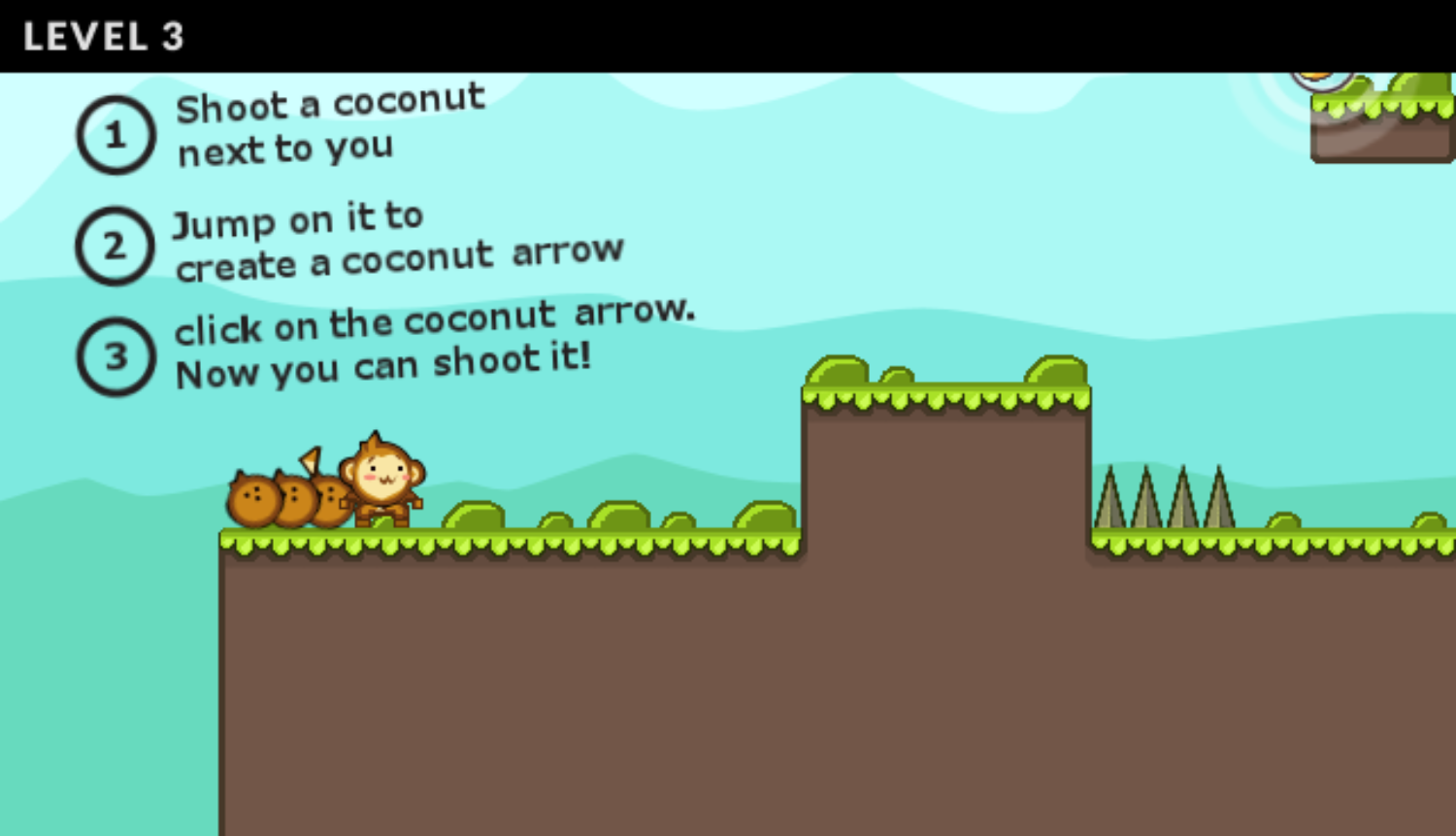 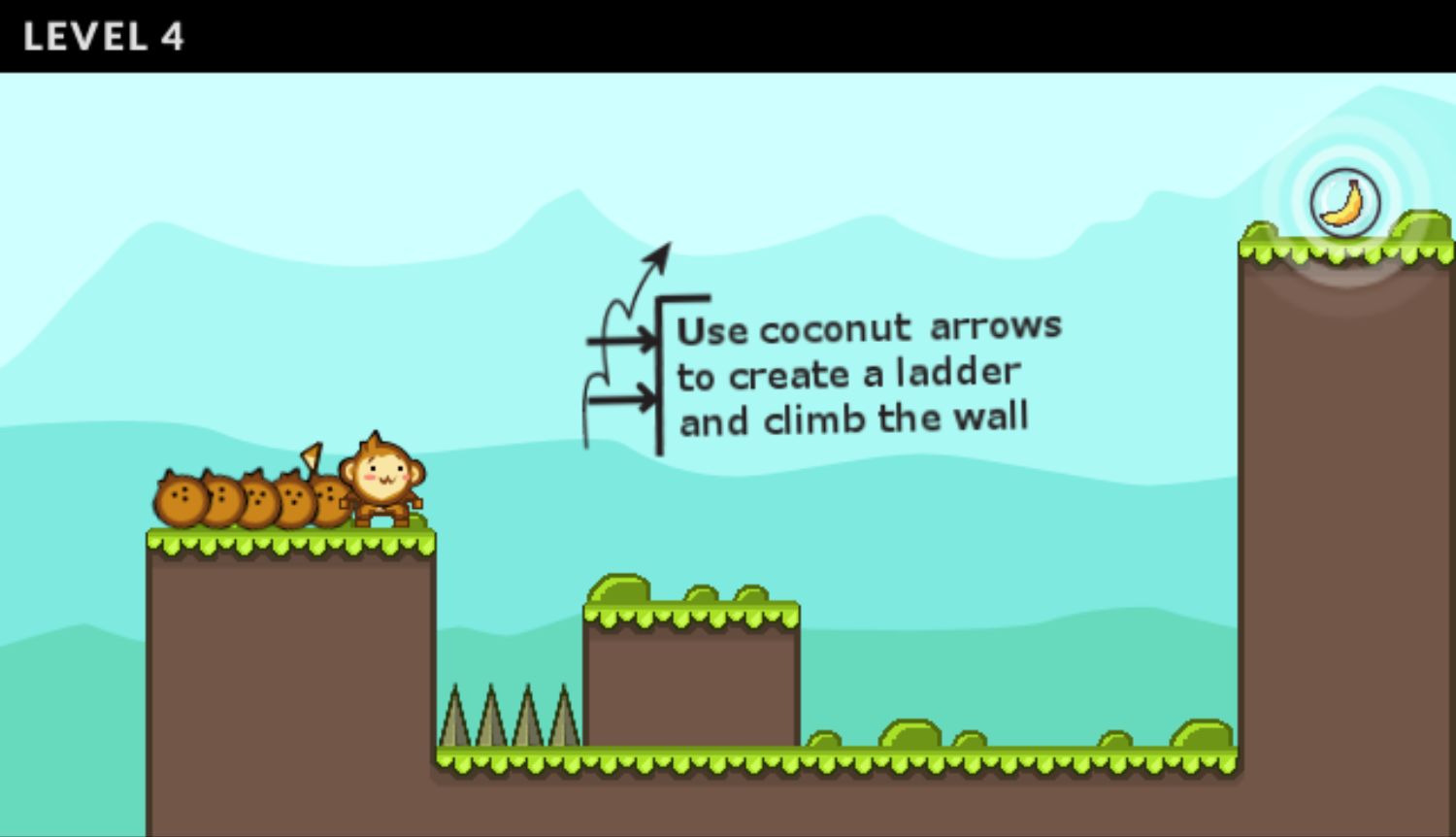 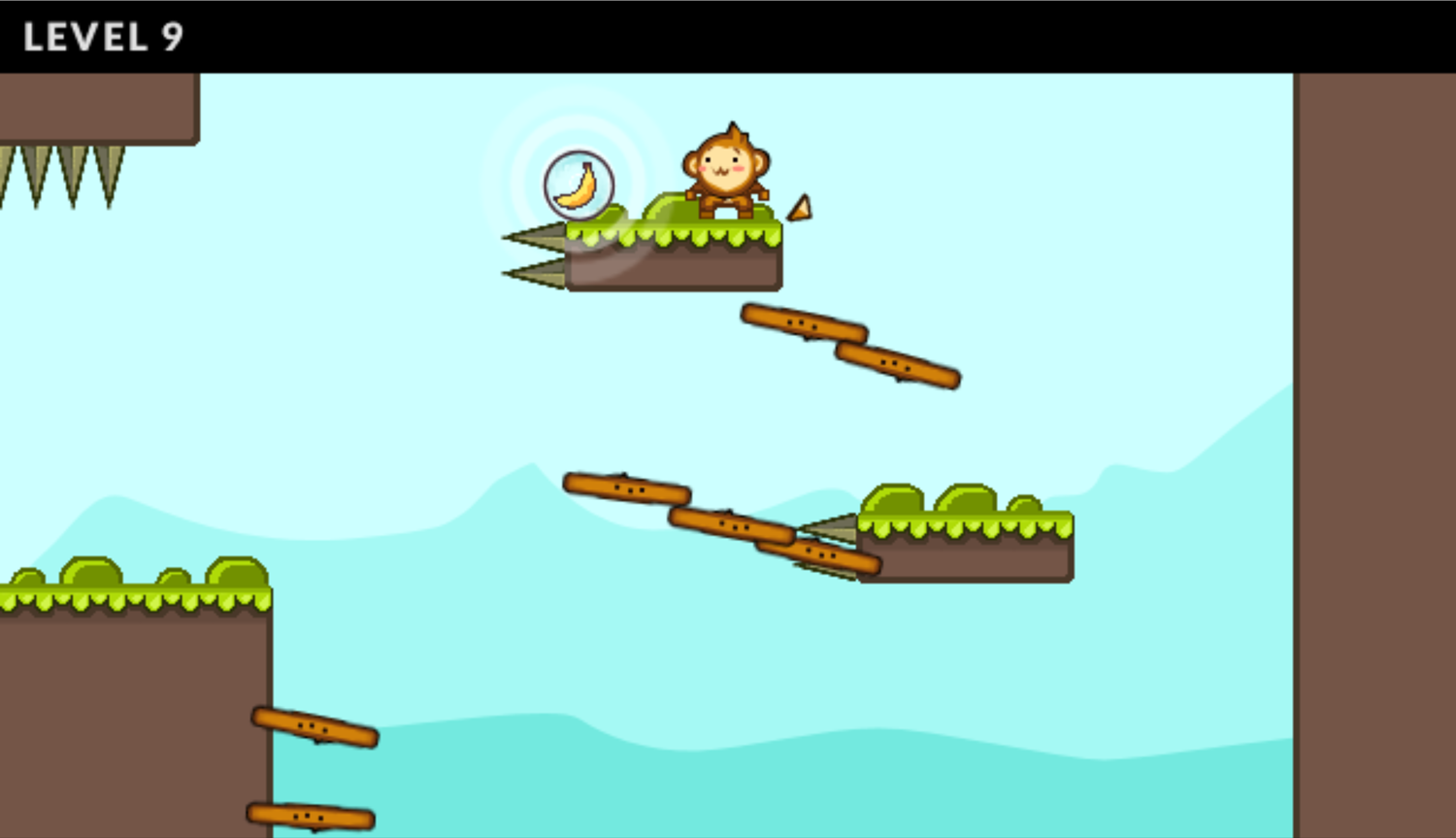 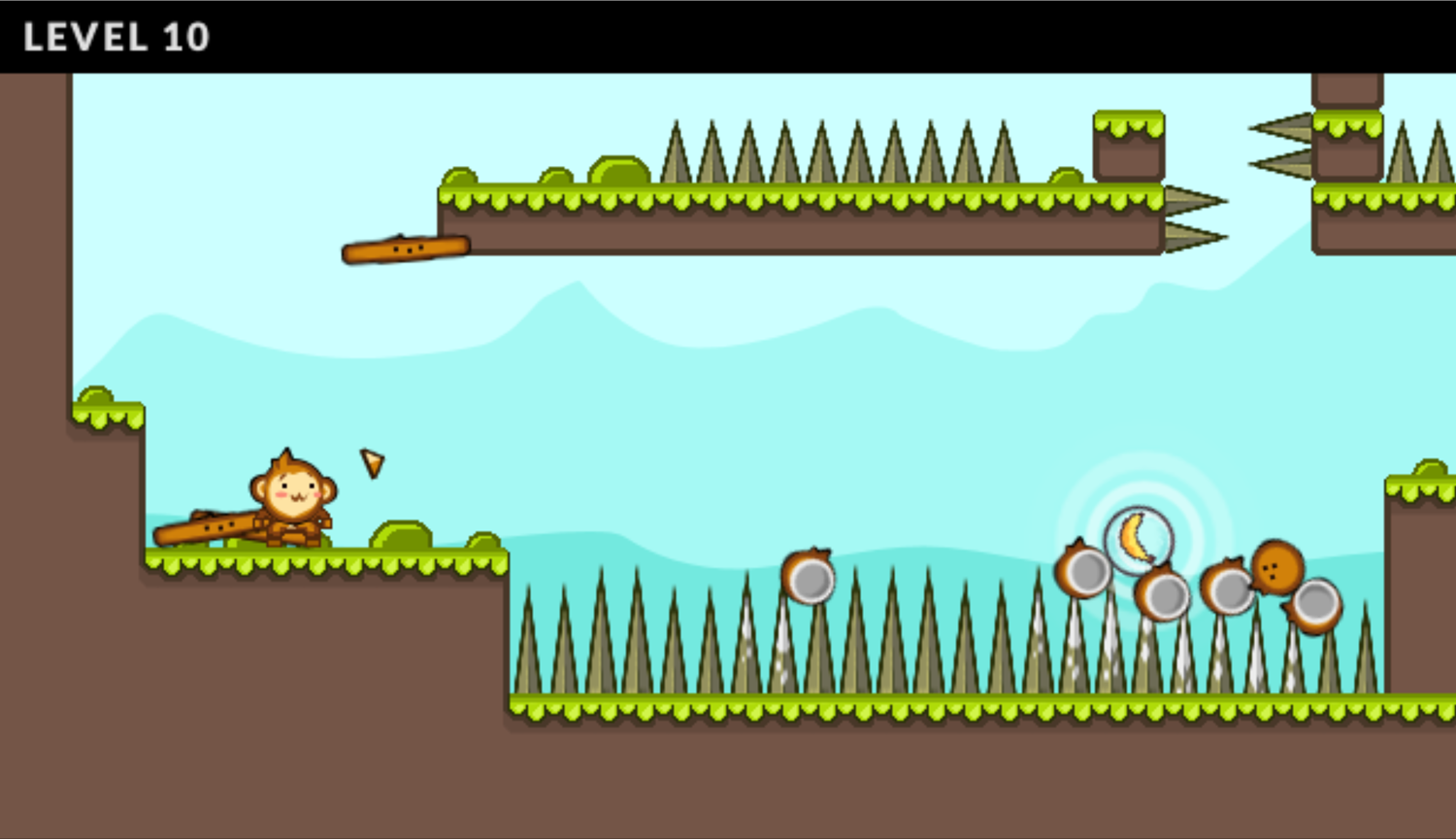 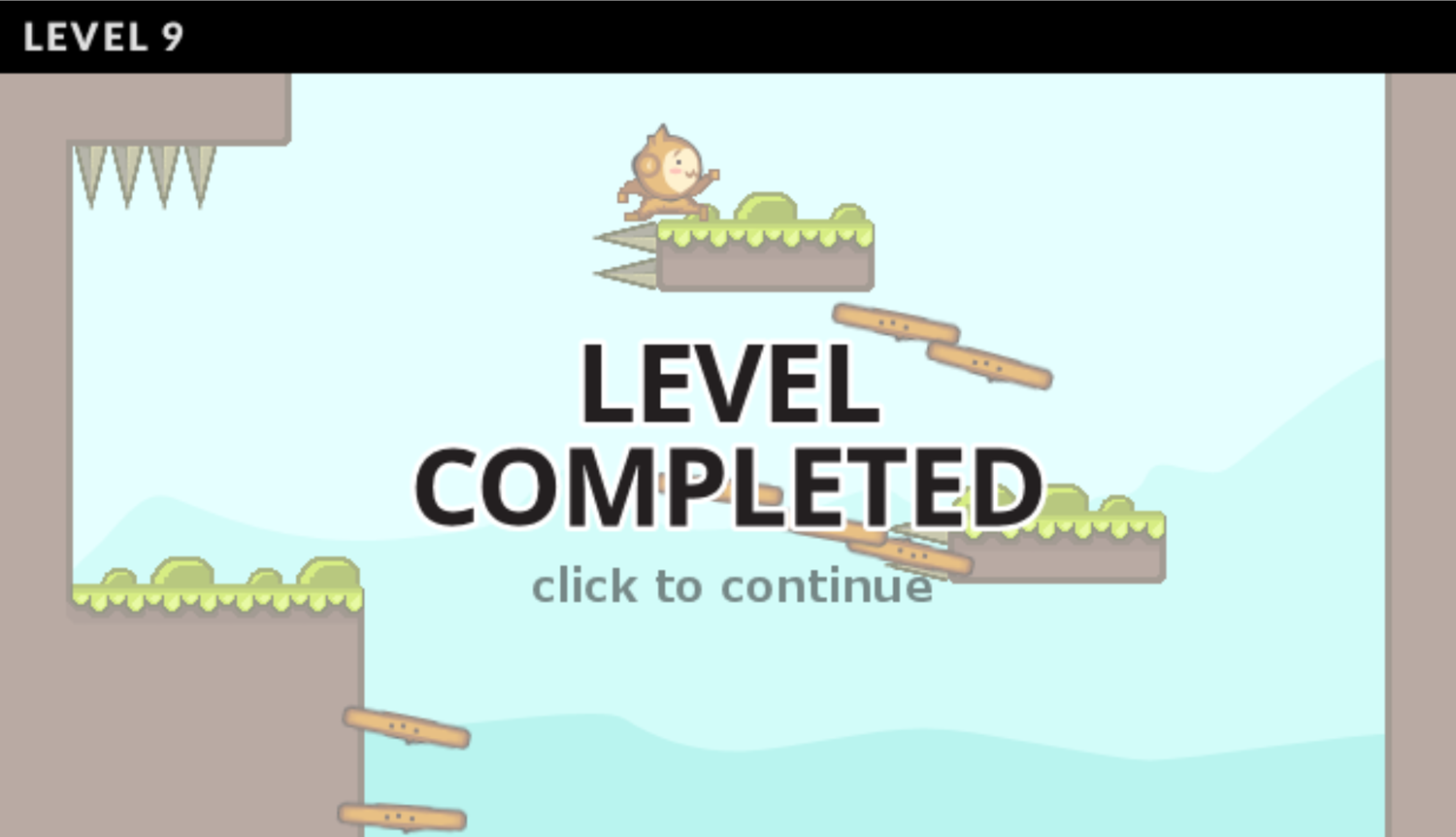 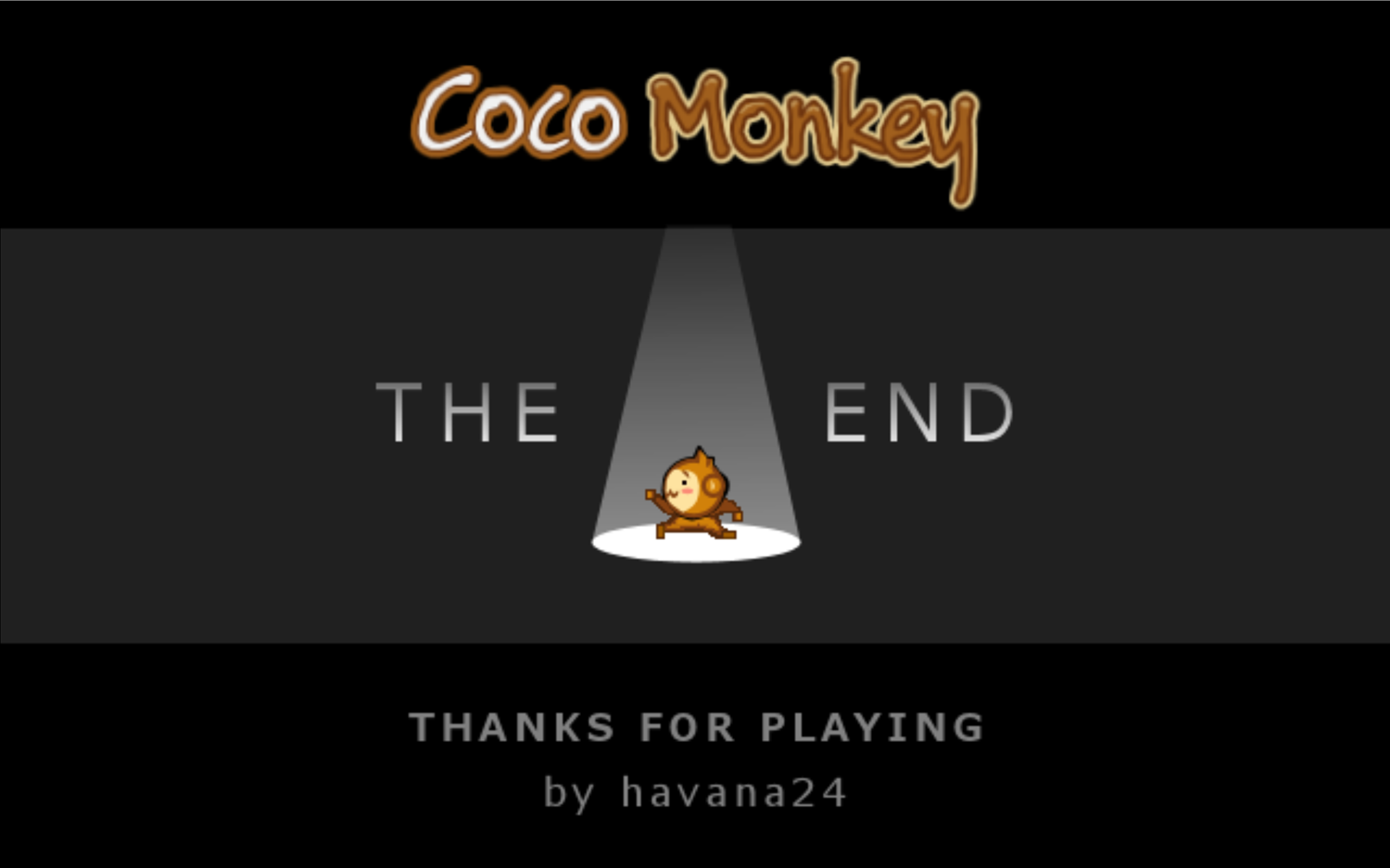 This game was published in these categories: Animal, Escape, Pixel, Platform. You can visit any of them to select other fun games to play.