This is a modern remake of the original minesweeper game with simple graphics.

You can play this simple minesweeper game by clicking in the window below.

Use the mouse or touch your screen to remove squares from the playing field and cover all squares with bombs with a flag. 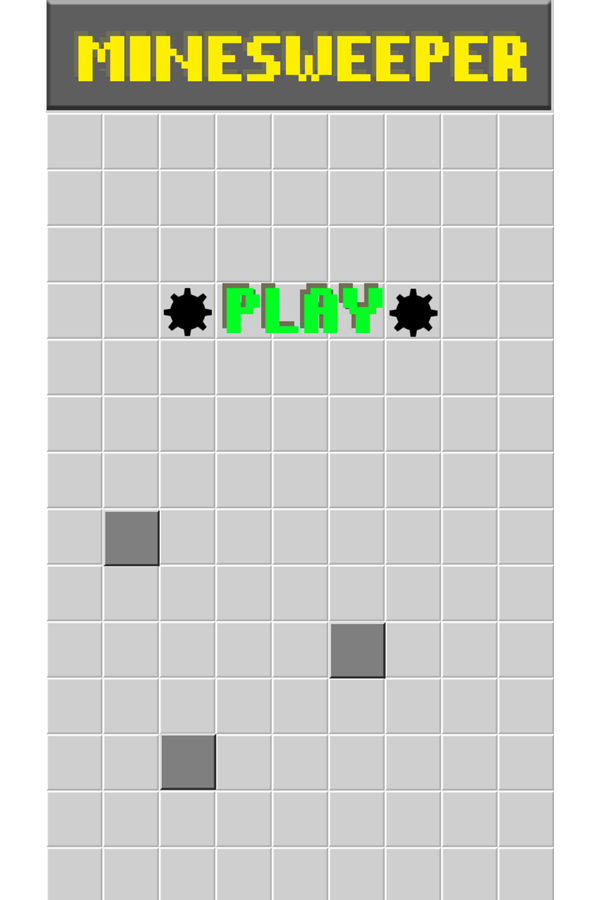 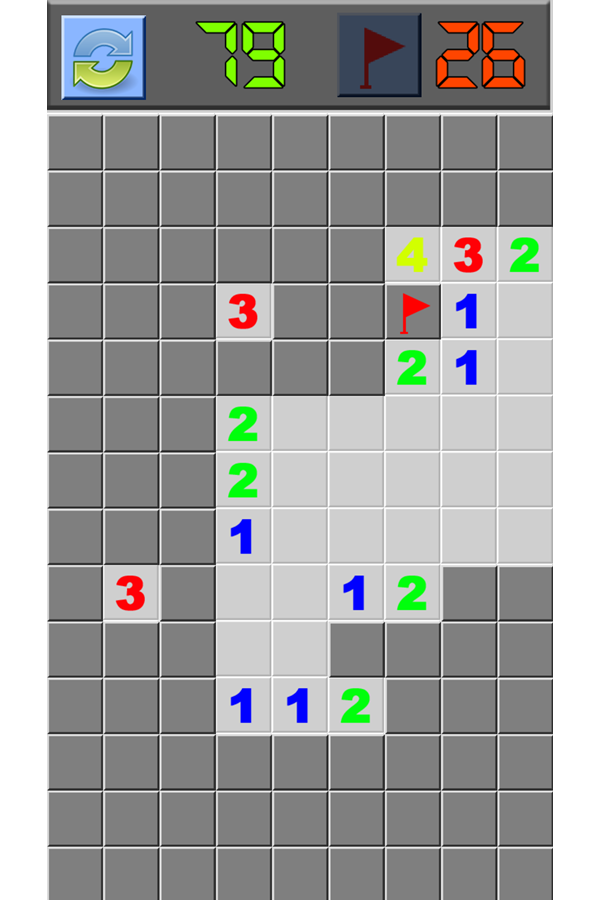 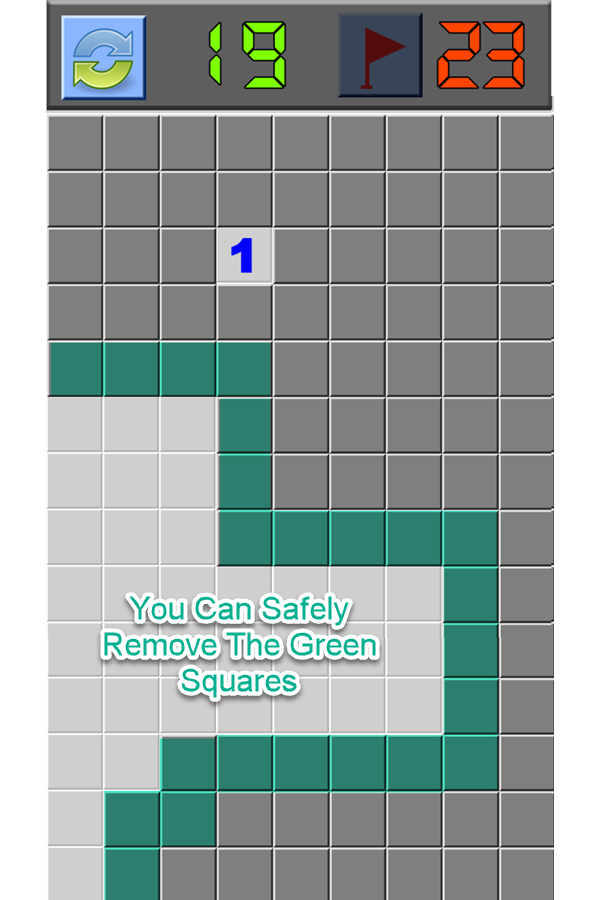 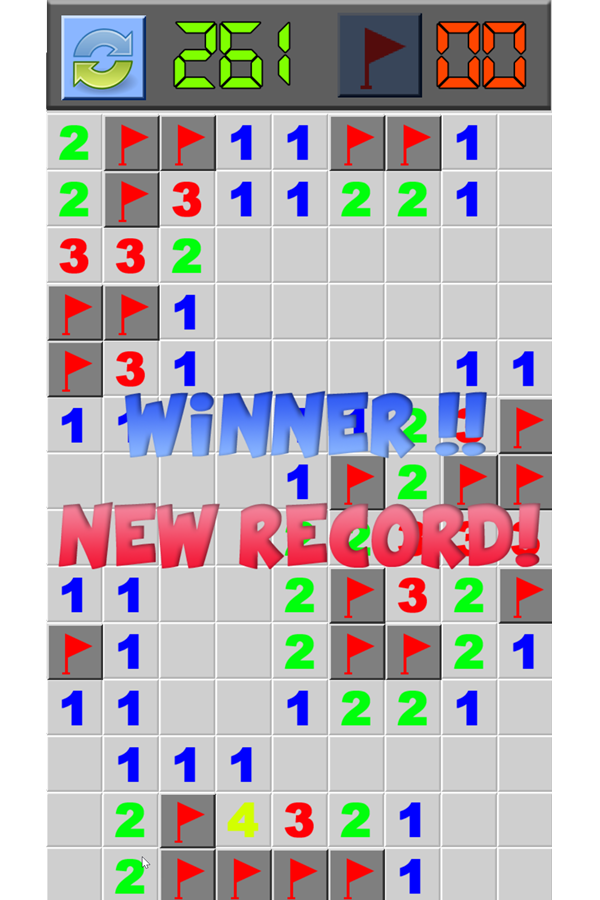