This game combines the aesthetic of Hong Kong Phooey with the modality of Ricochet Rabbit. In this 120-level game you control kung fu chicken Chuck Adoodledoo, helping him to take out the bad guys with magical eggs. This game is based on the 52-show Flash animated TV series which ran in 2010 and was created by Animasia Studios.

Children and parents can play this magical egg shooter game by clicking in the window below.

Alternatively kids and adults can play this ninja chicken egg shooting game for free as a web application here. 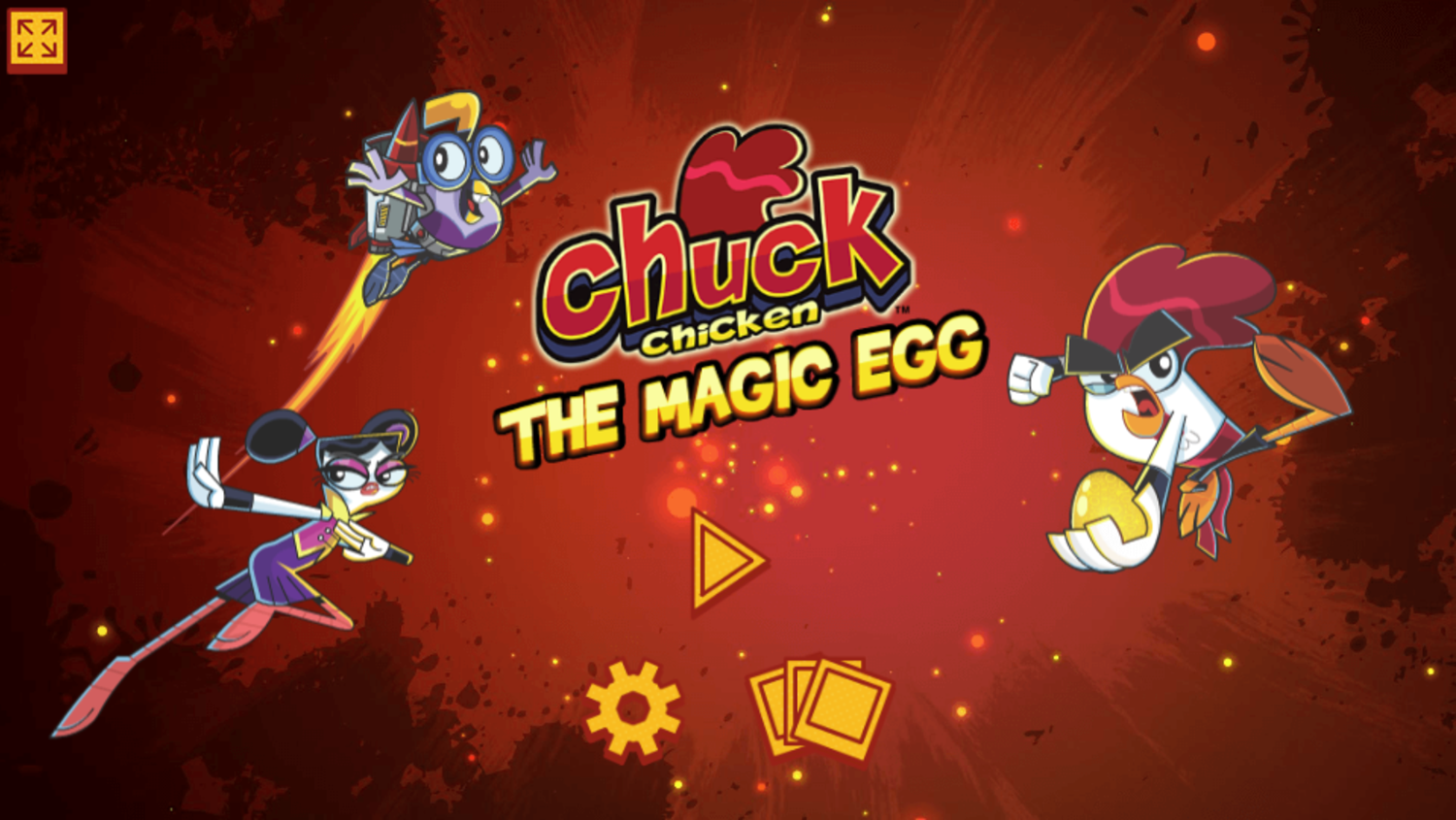 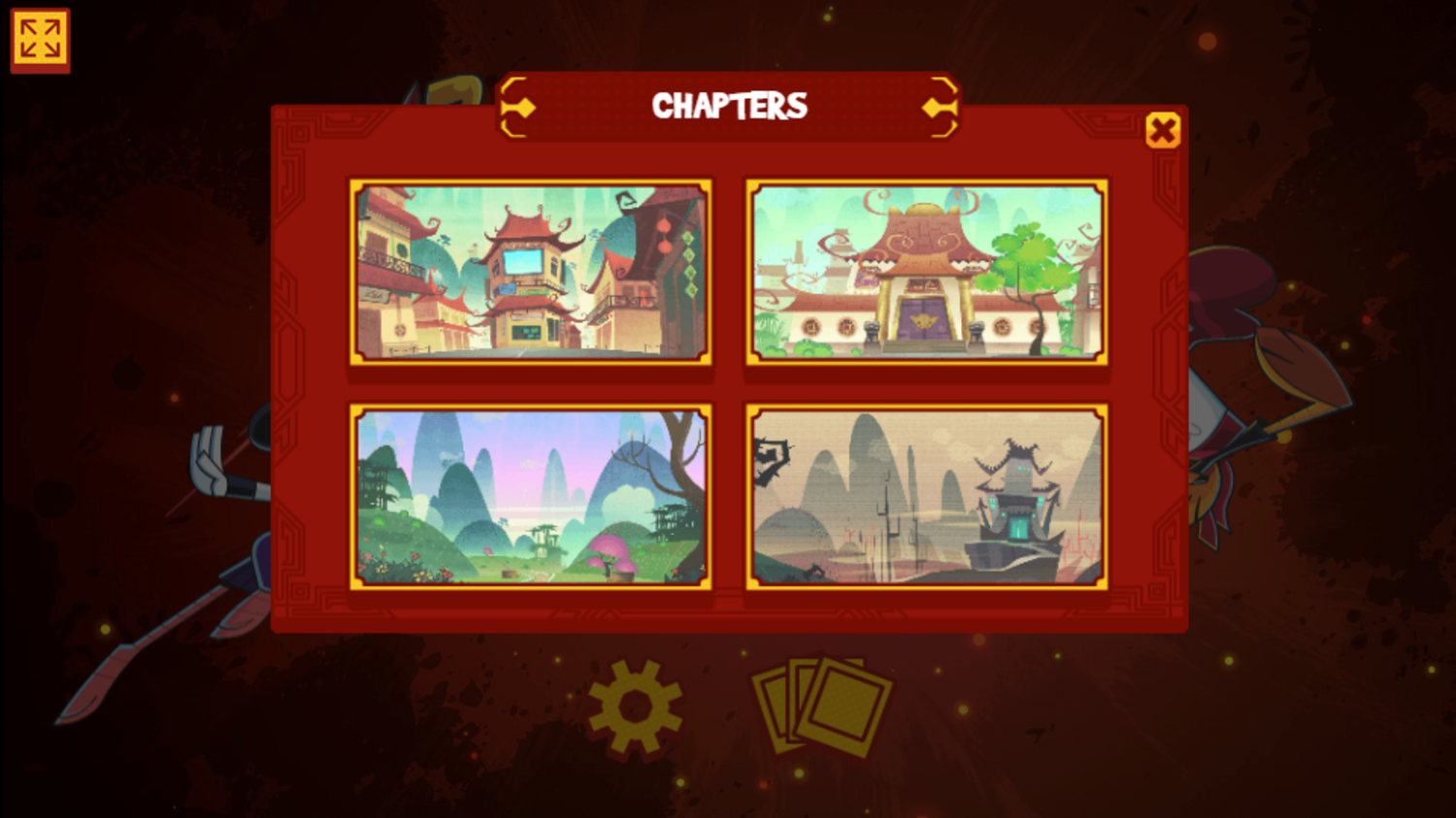 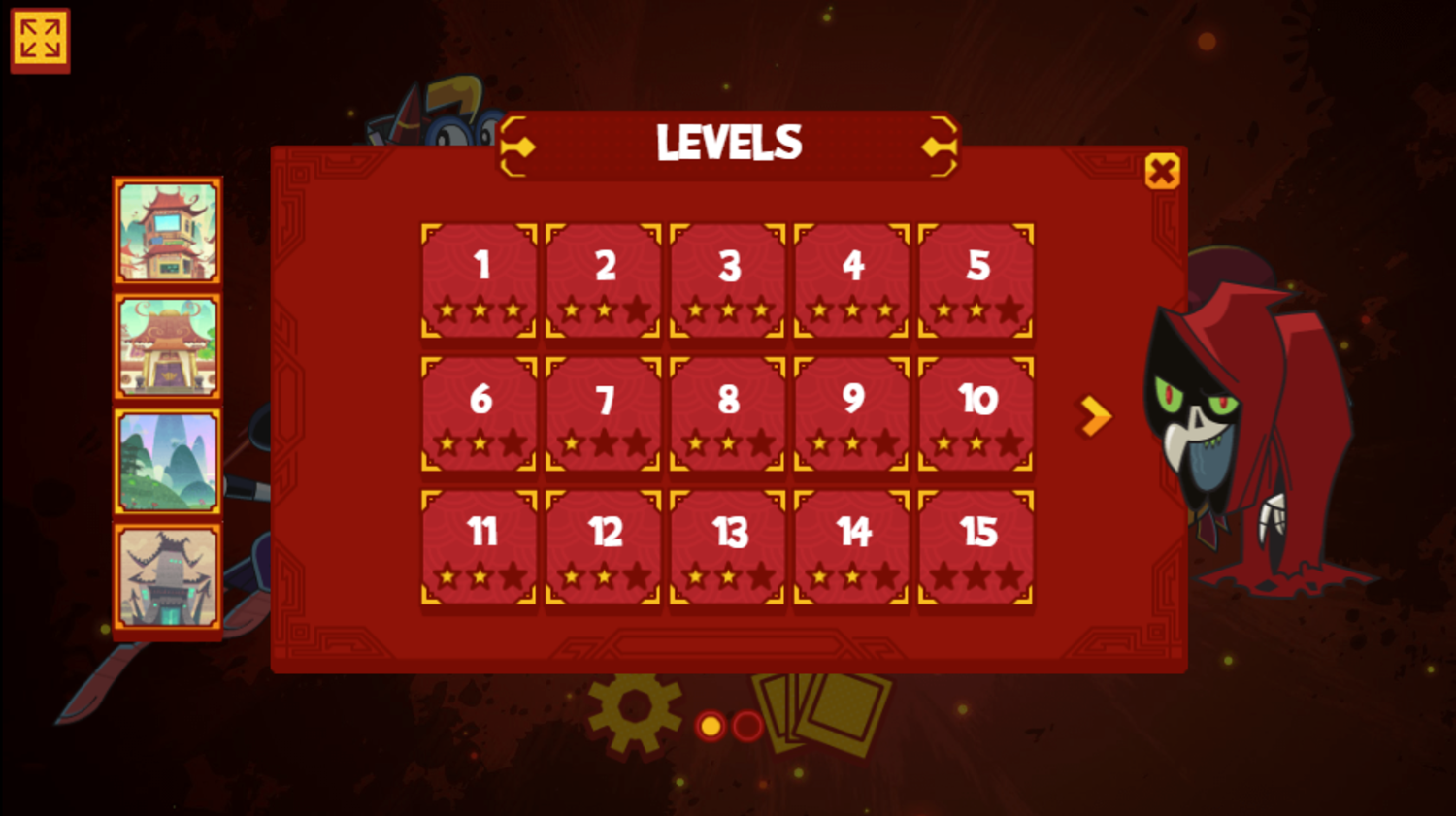 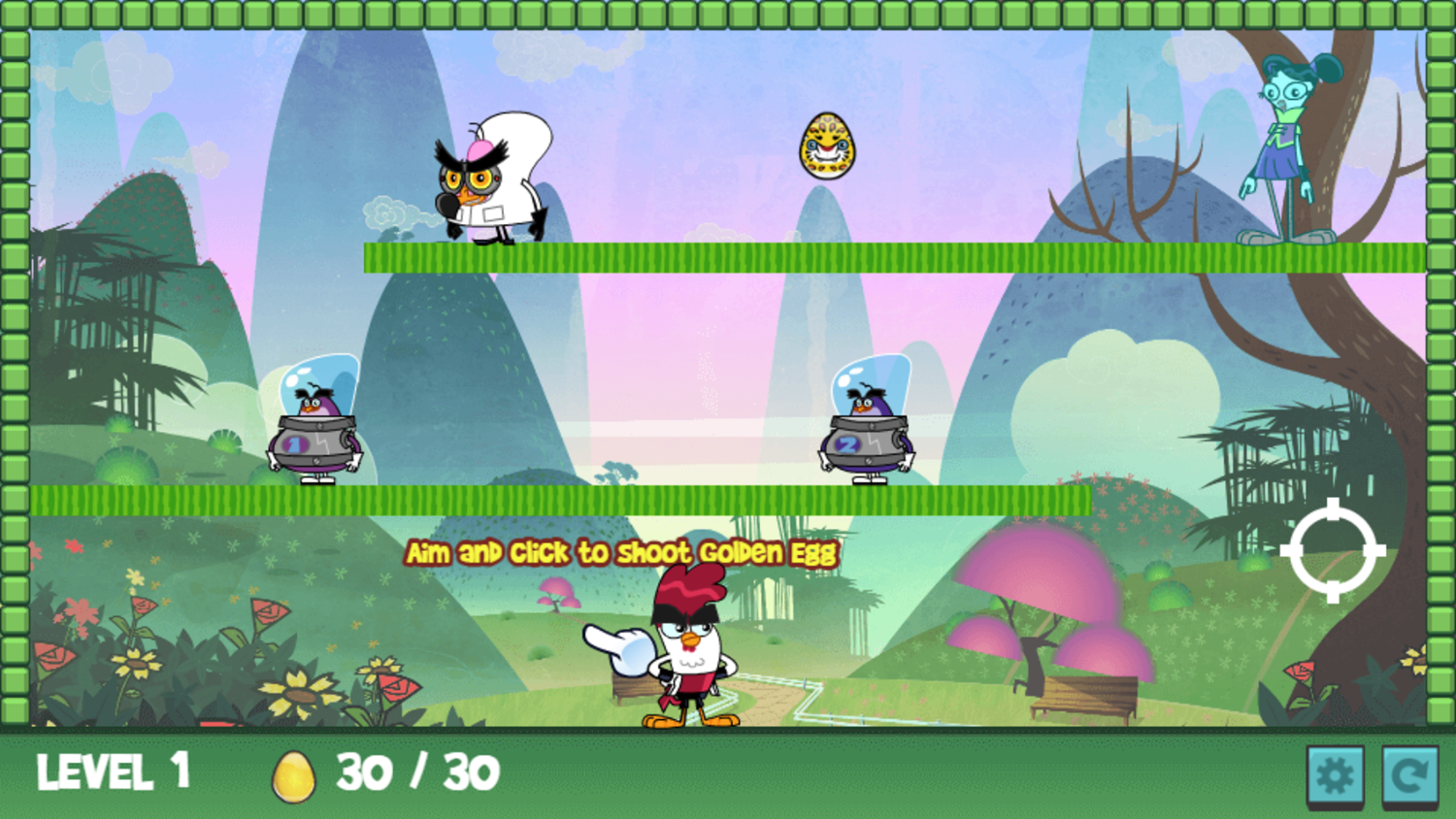 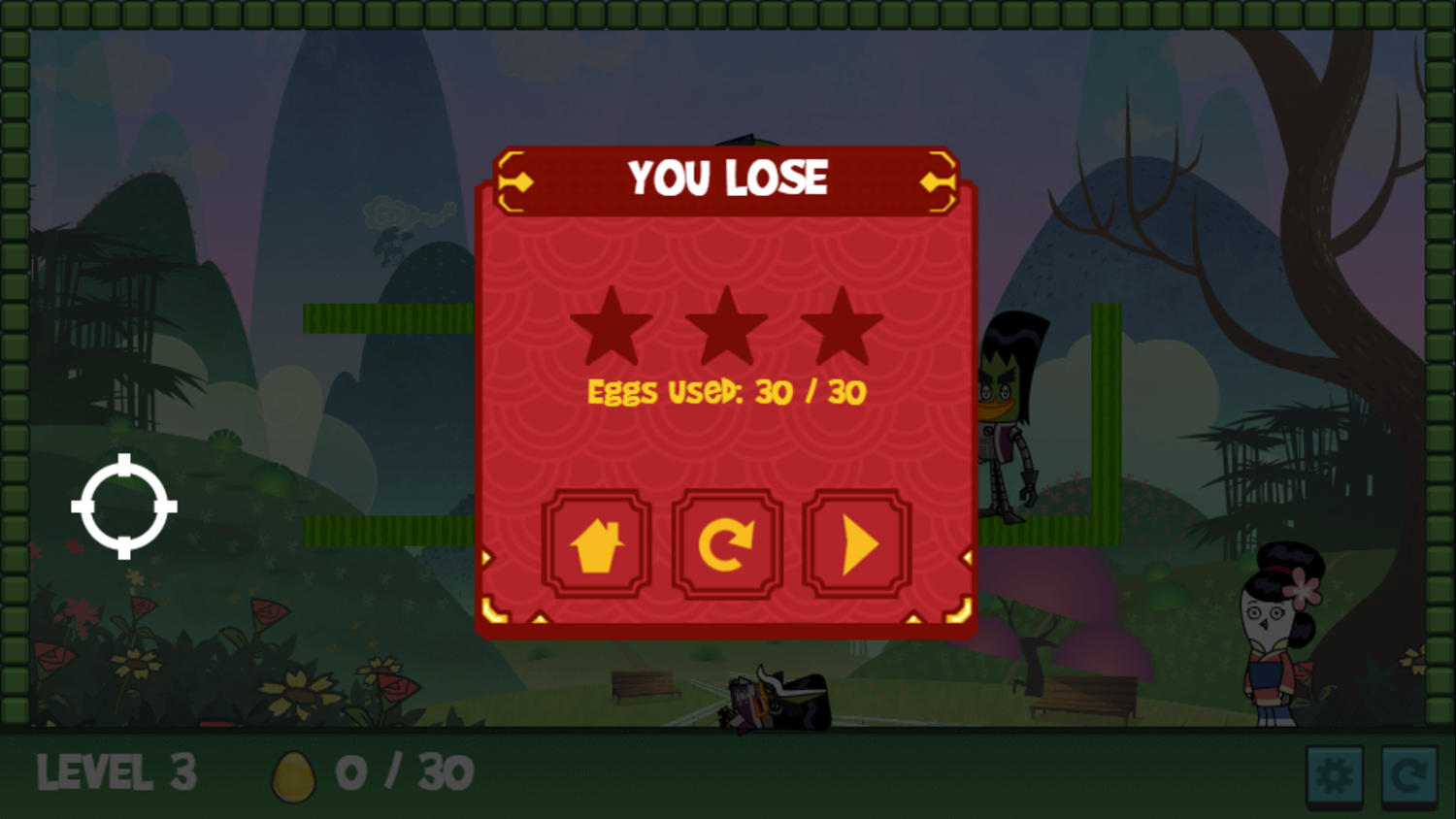 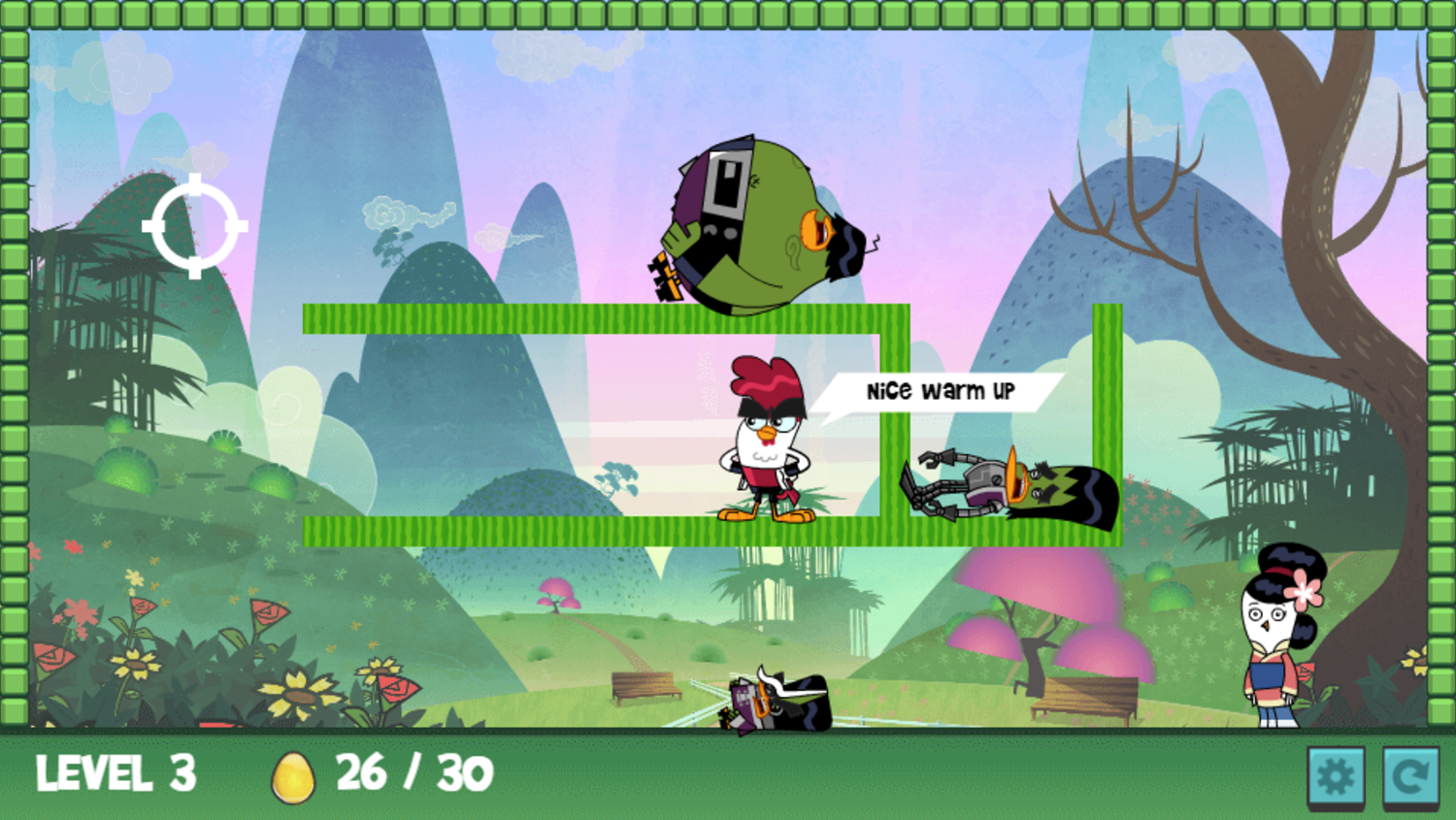 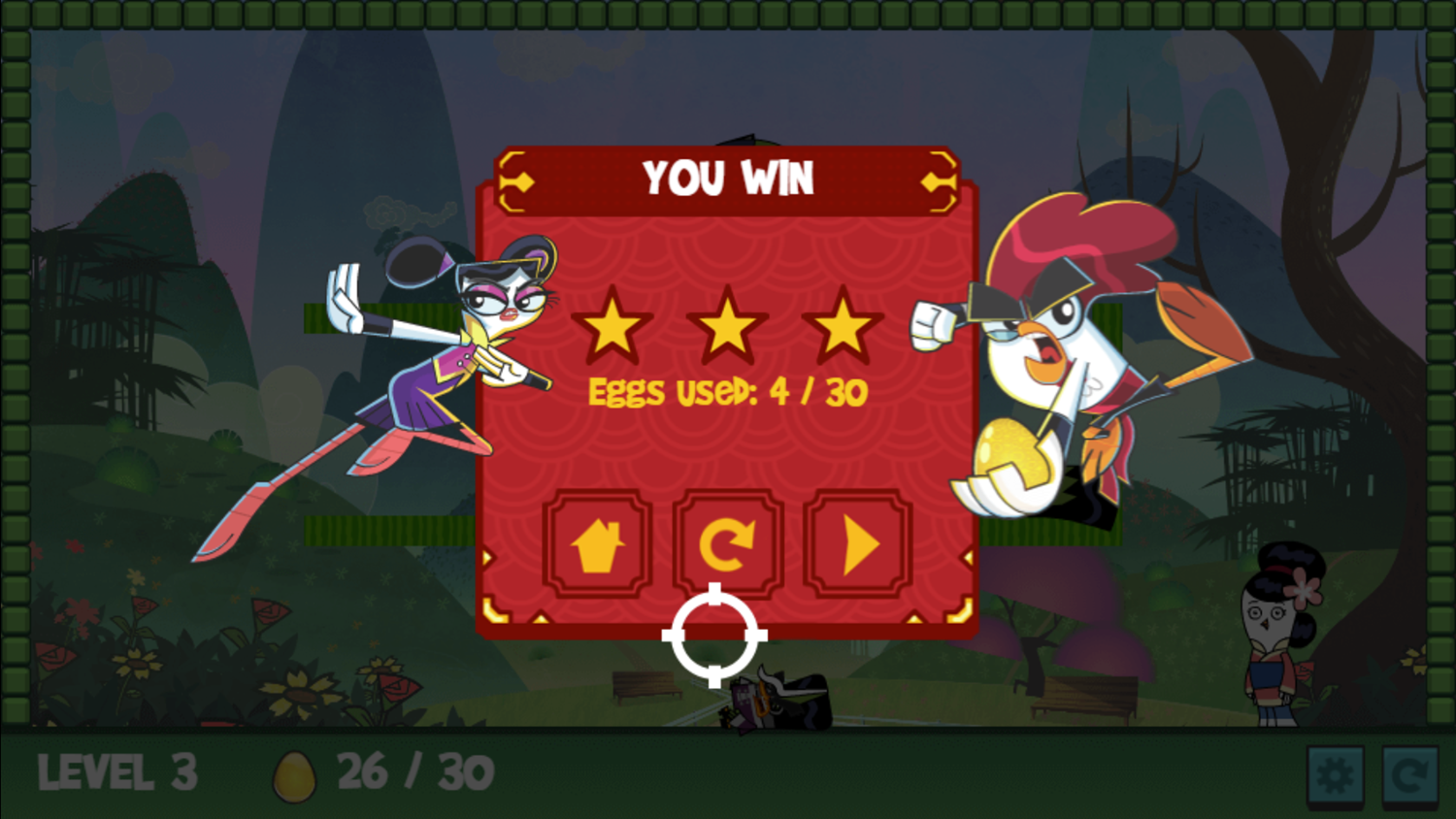