This is a challenging variation on Tripeaks Solitaire patterned after Ancient Rome. Remove the entire tableau 1 card at a time within 10 minutes – be forewarned the tableau is tall & grows taller on each subsequent level of the game. Each card must be one value higher or lower than the face card on the bottom right corner.

Select the card that’s one value bigger or smaller than open card. Keep removing cards until you clear the entire stack. 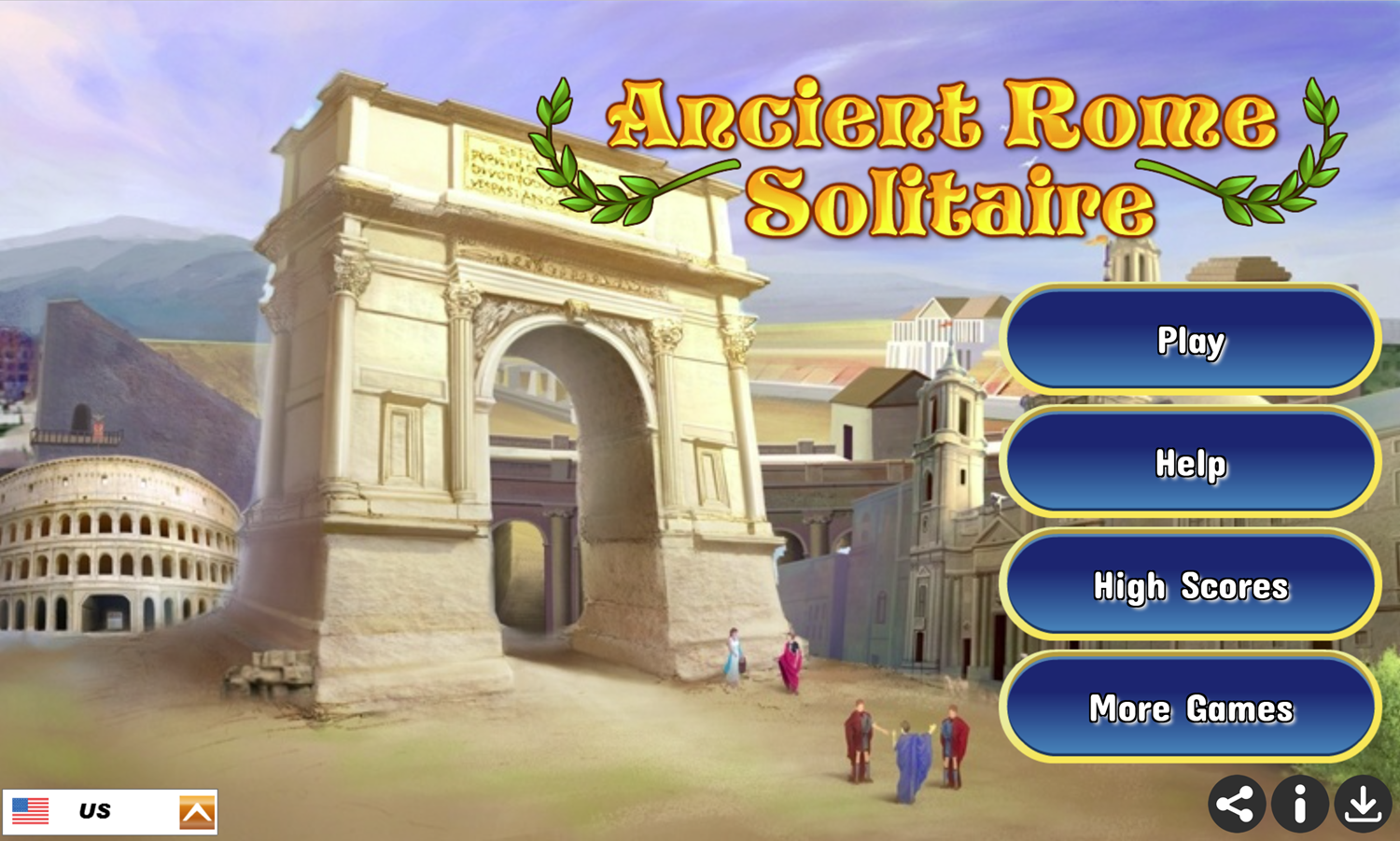 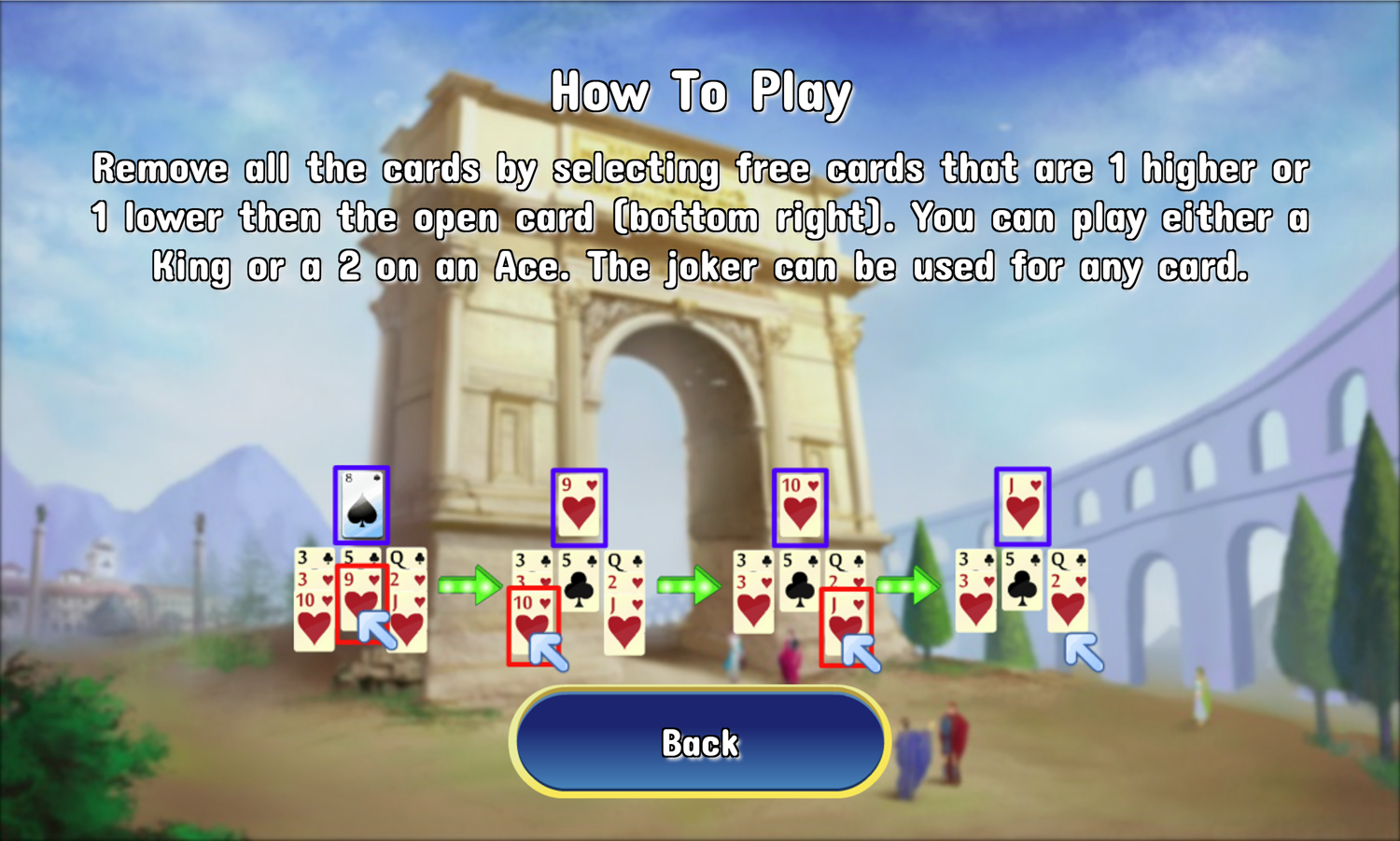 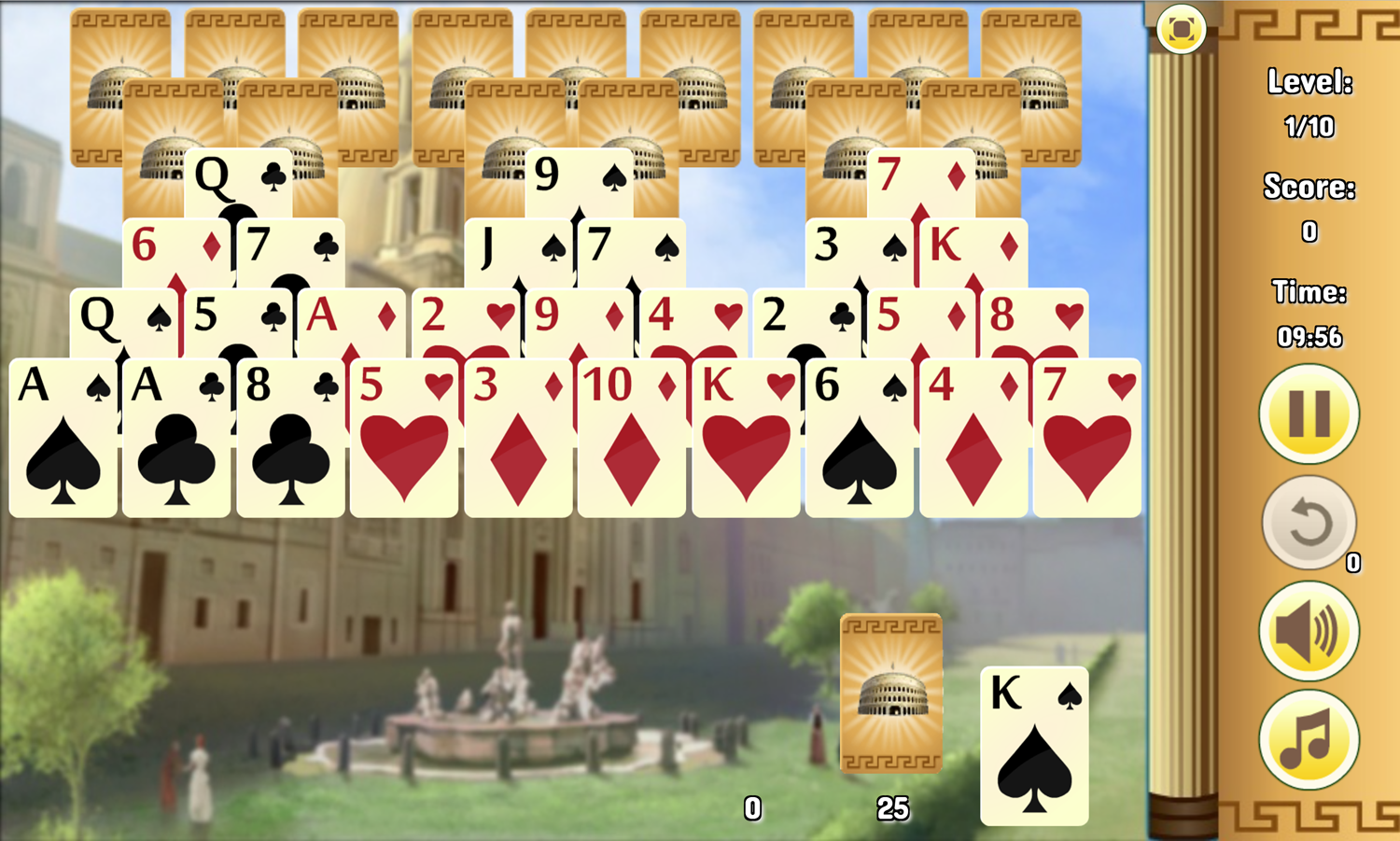 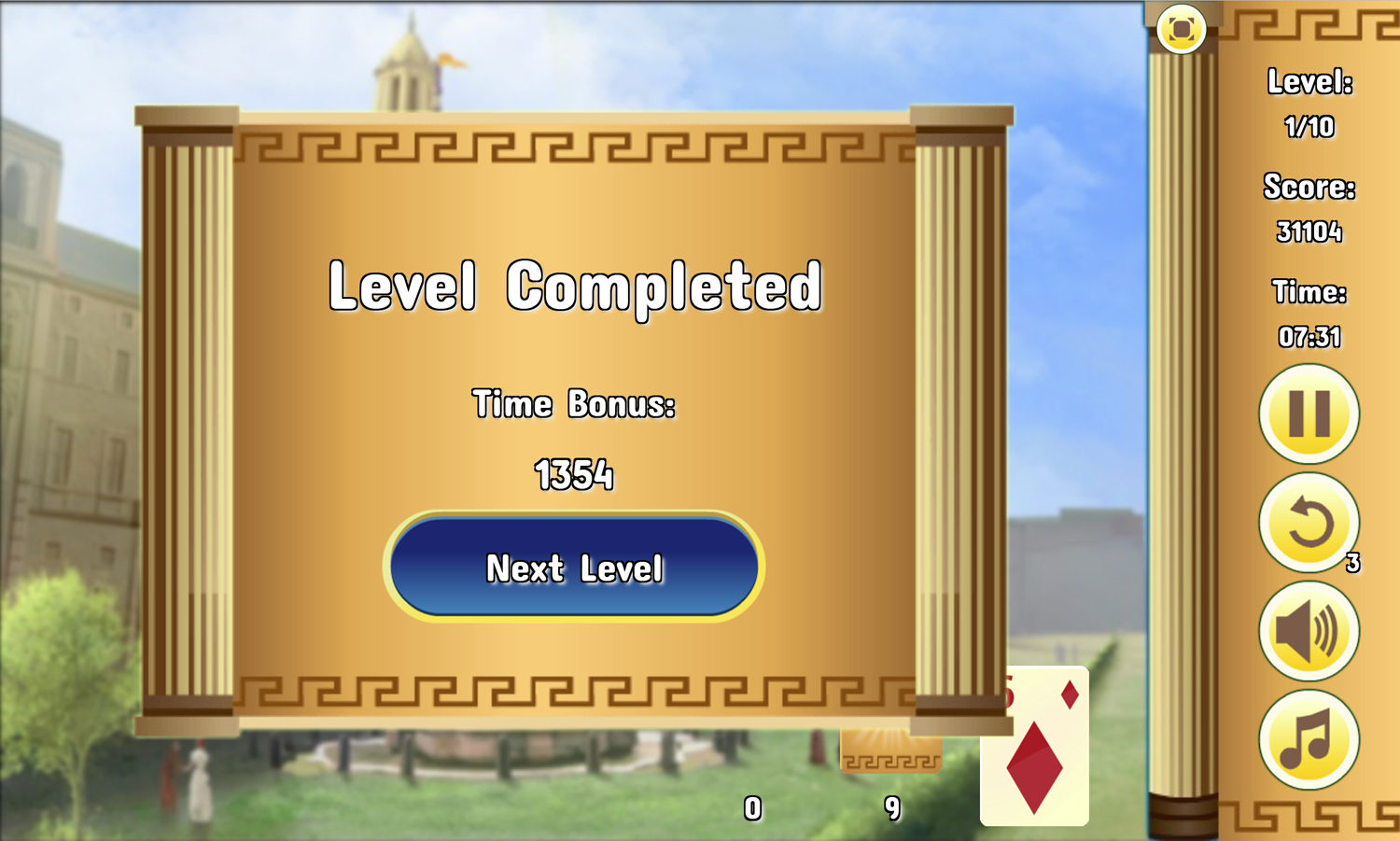 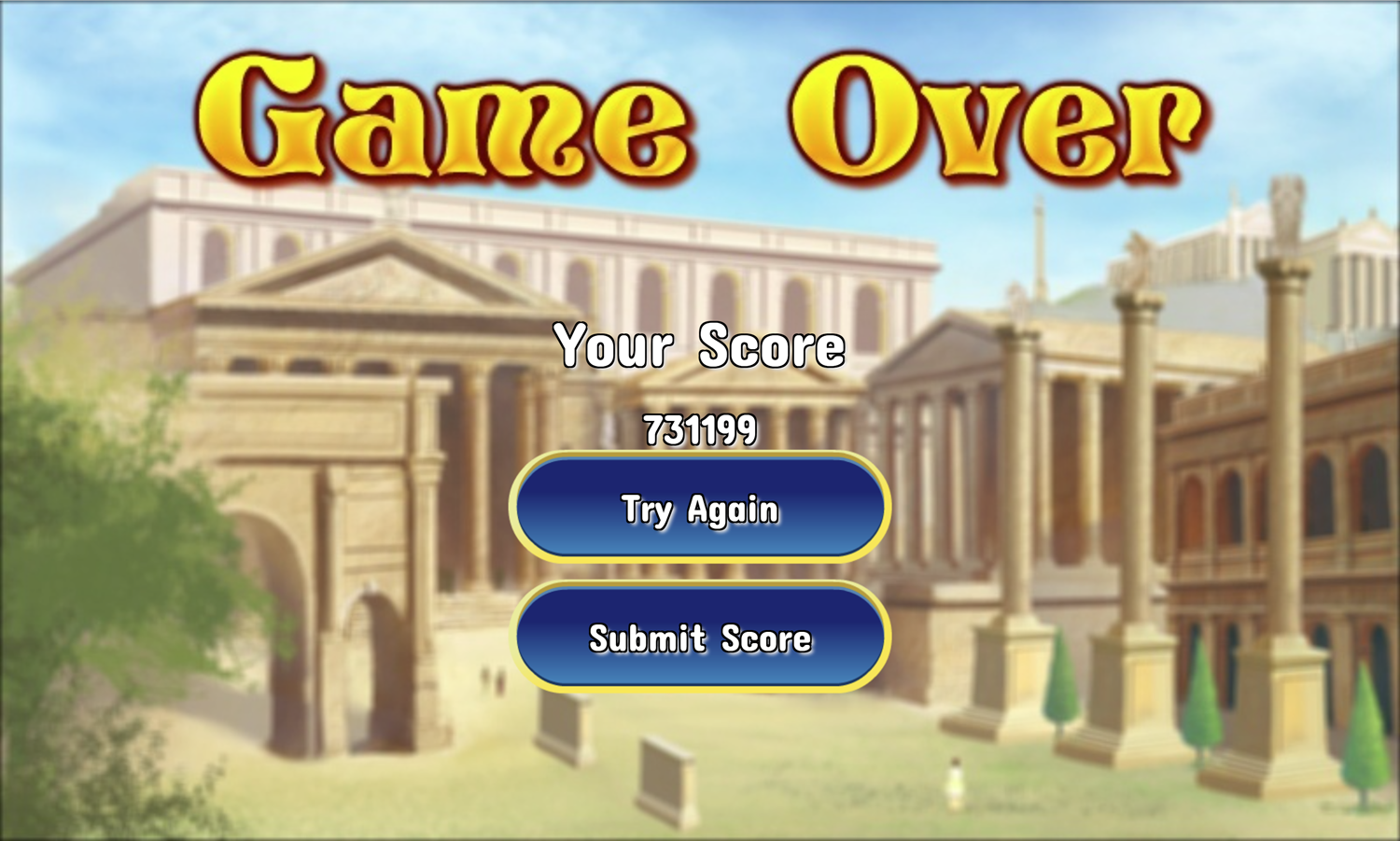