This is an American western or cowboy themed 10-stage game of Pyramid Solitaire. All cards on the tableau are dealt face up. You can only go through the reserves once & there is a free cell.

Remove card pairs summing to 13 and clear the tableau before the level timer reaches zero. 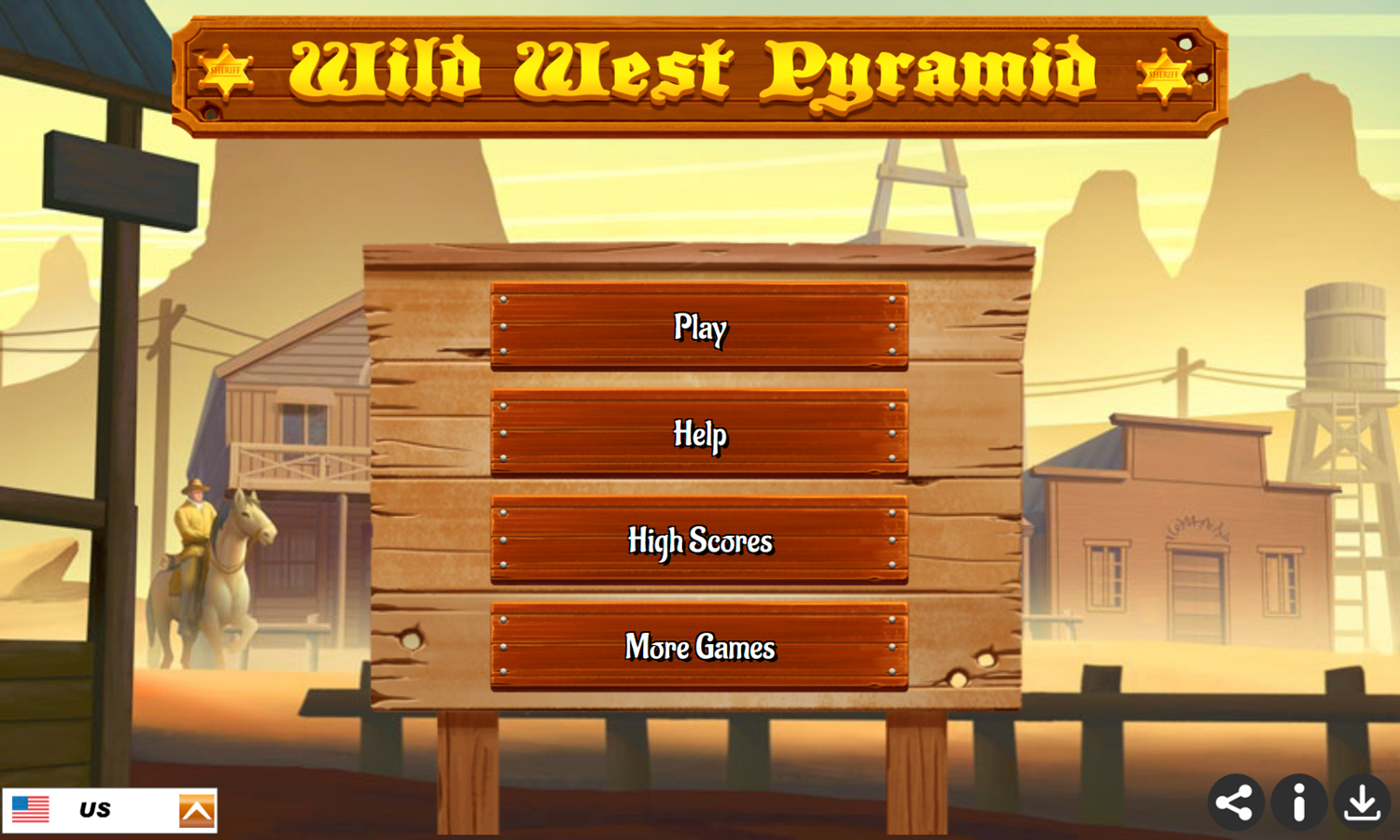 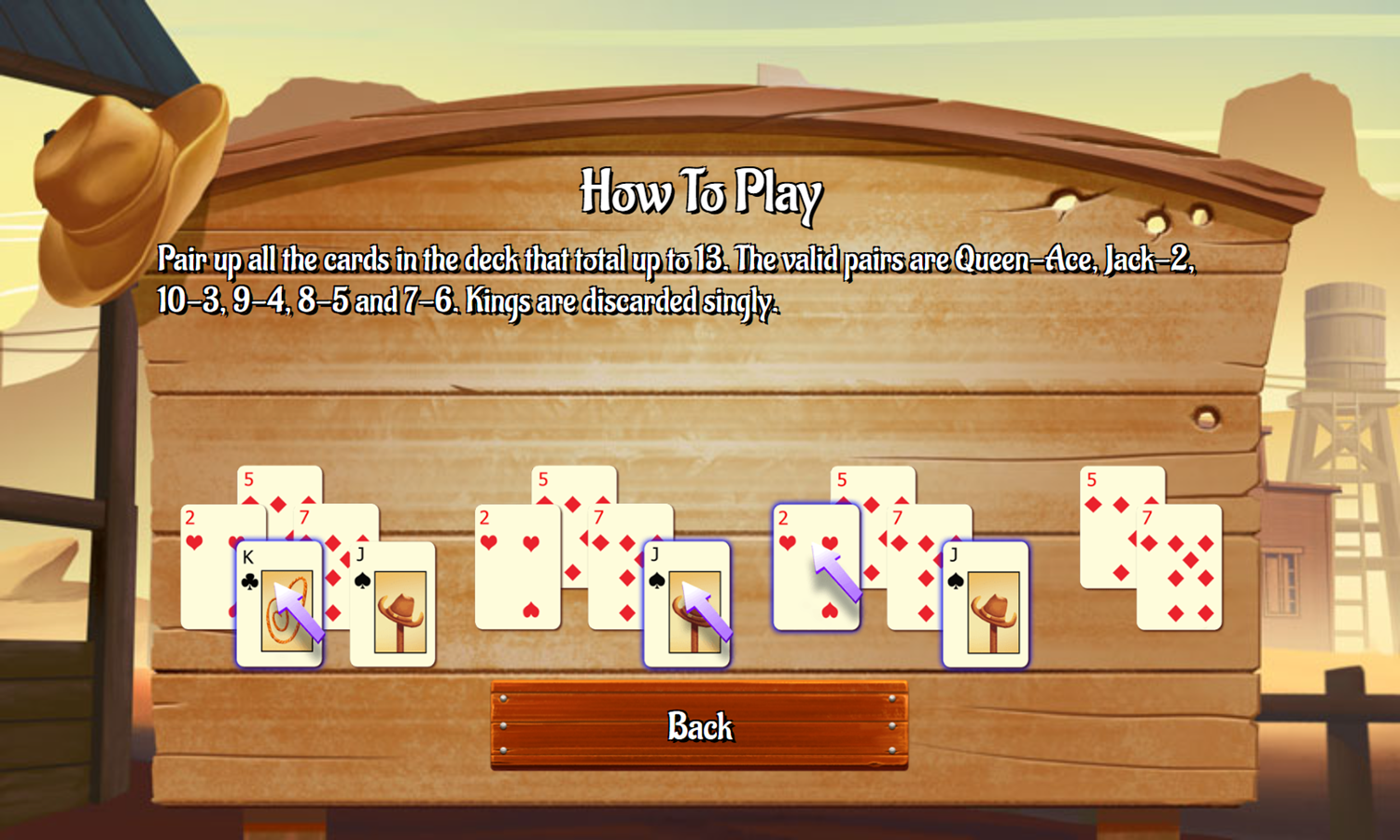 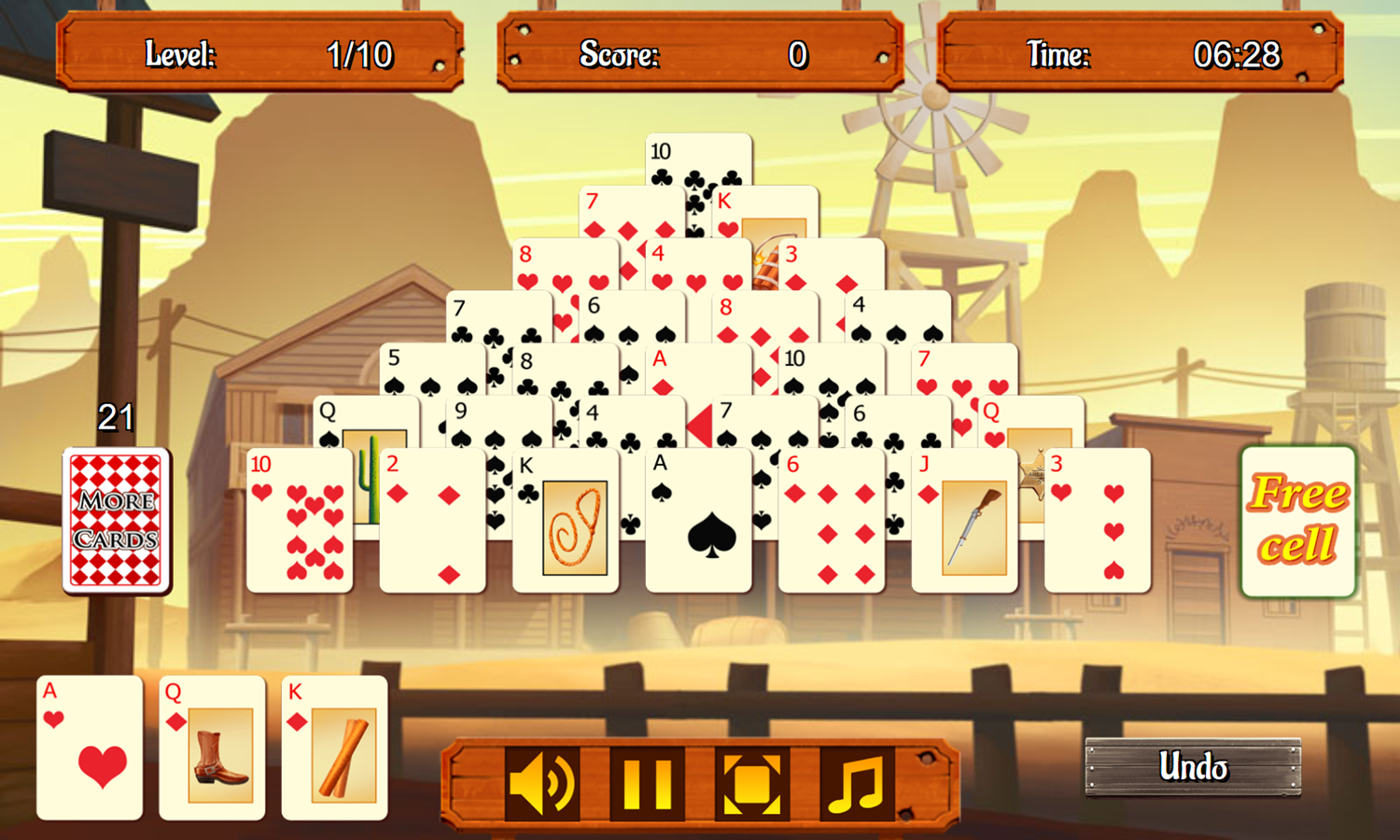 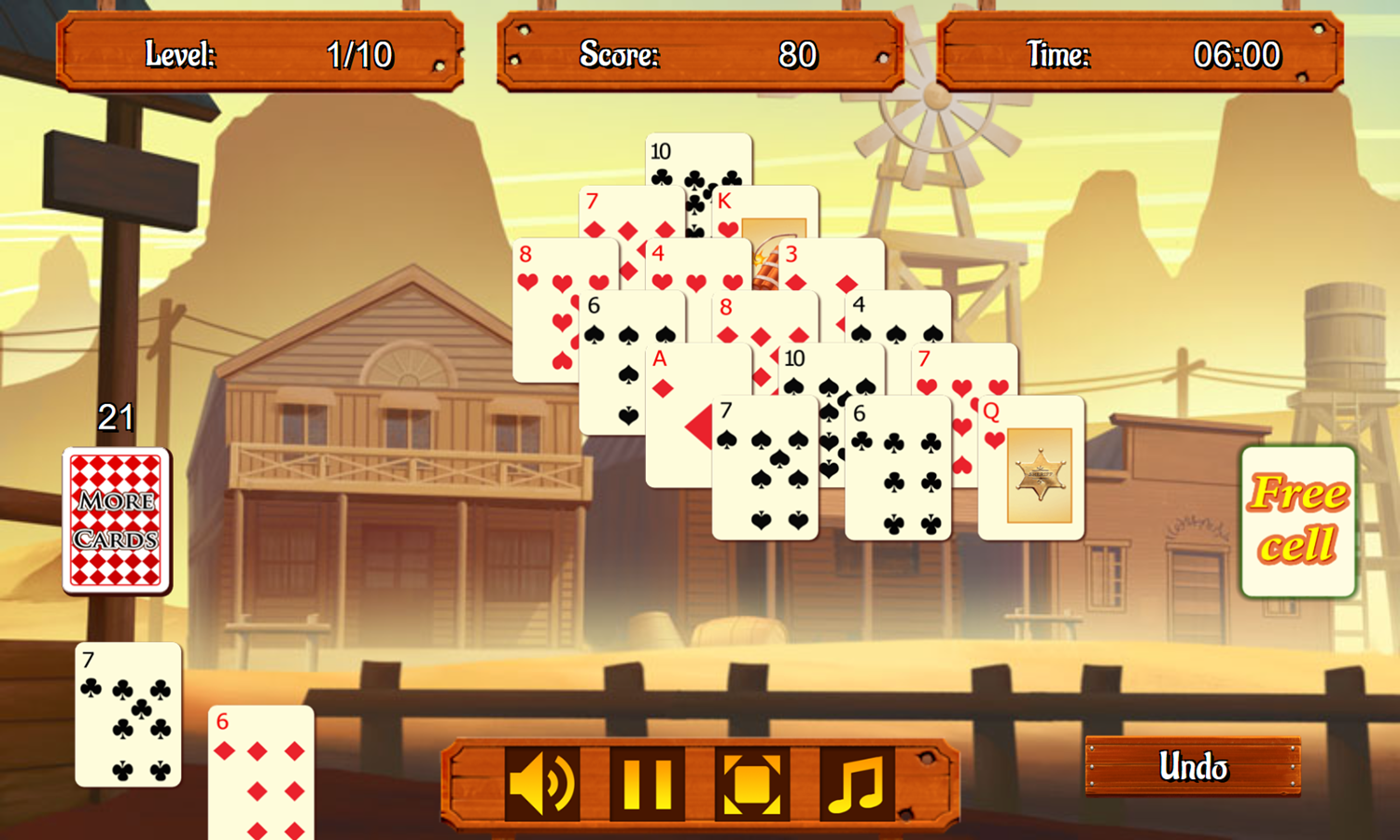 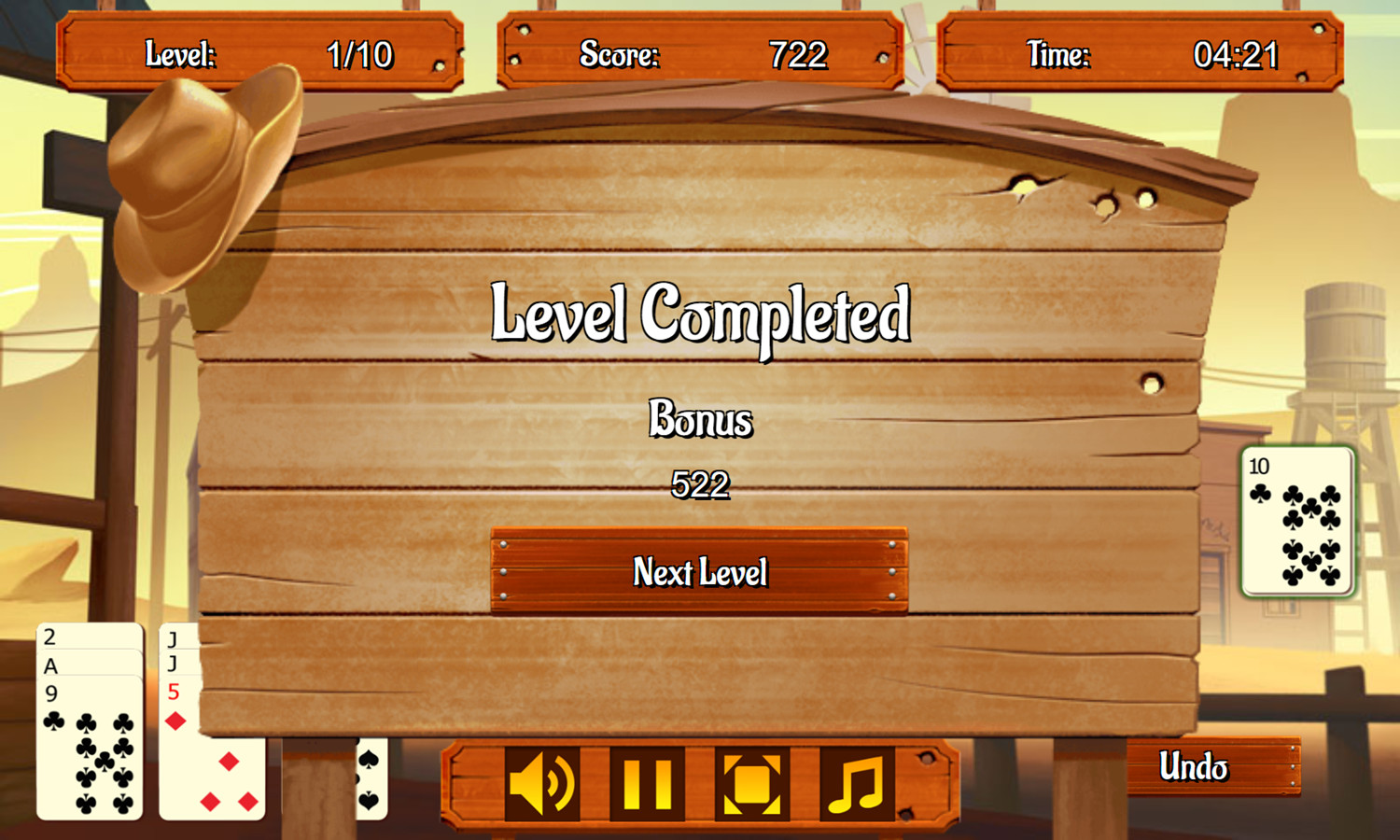 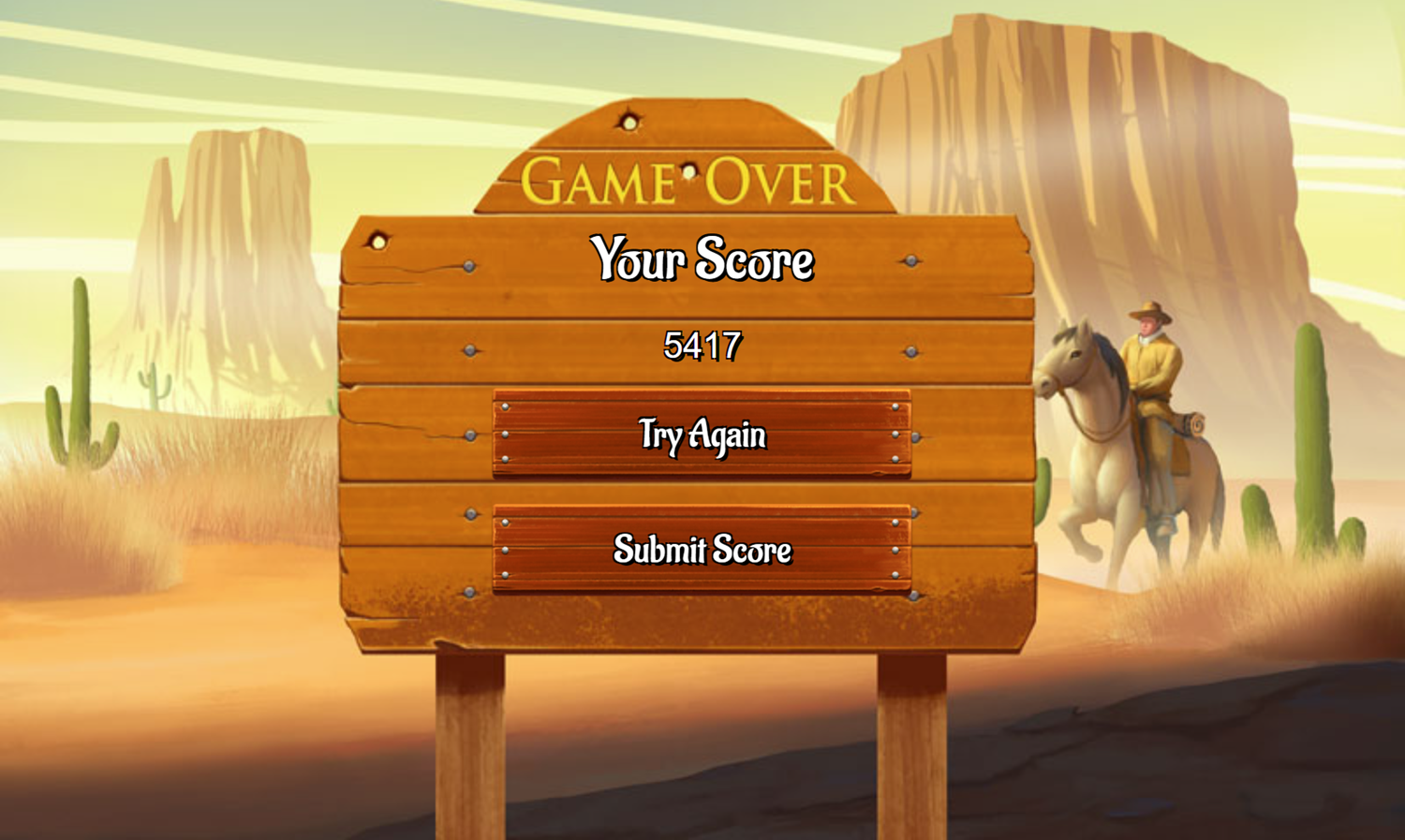 This game was published in these categories: Cowboy, Freecell Solitaire, Pyramid Solitaire. You can visit any of them to select other fun games to play.