It’s lunch rush at the Krusty Krab! As SpongeBob, serve up Krabby Patties to a torrent of waiting hungry customers before the crowds go out of hand! This is a surprisingly difficult game inspired by Plants vs. Zombies and other tower defense games and a subtle callback to SpongeBob’s debut episode.

Kids and adults can play this online SpongeBob SquarePants food throwing game by clicking in the window below.

Serve customers by throwing food at them before they reach the register.

How About Some Music?

If you’re not feeling the game’s audio, try zoning out to Tiny Tim’s Livin’ in the Sunlight, Lovin’ in the Moon Light. This song famously played in the very first episode of SpongeBob SquarePants, “Help Wanted”, which first aired in the U.S. in 1999. 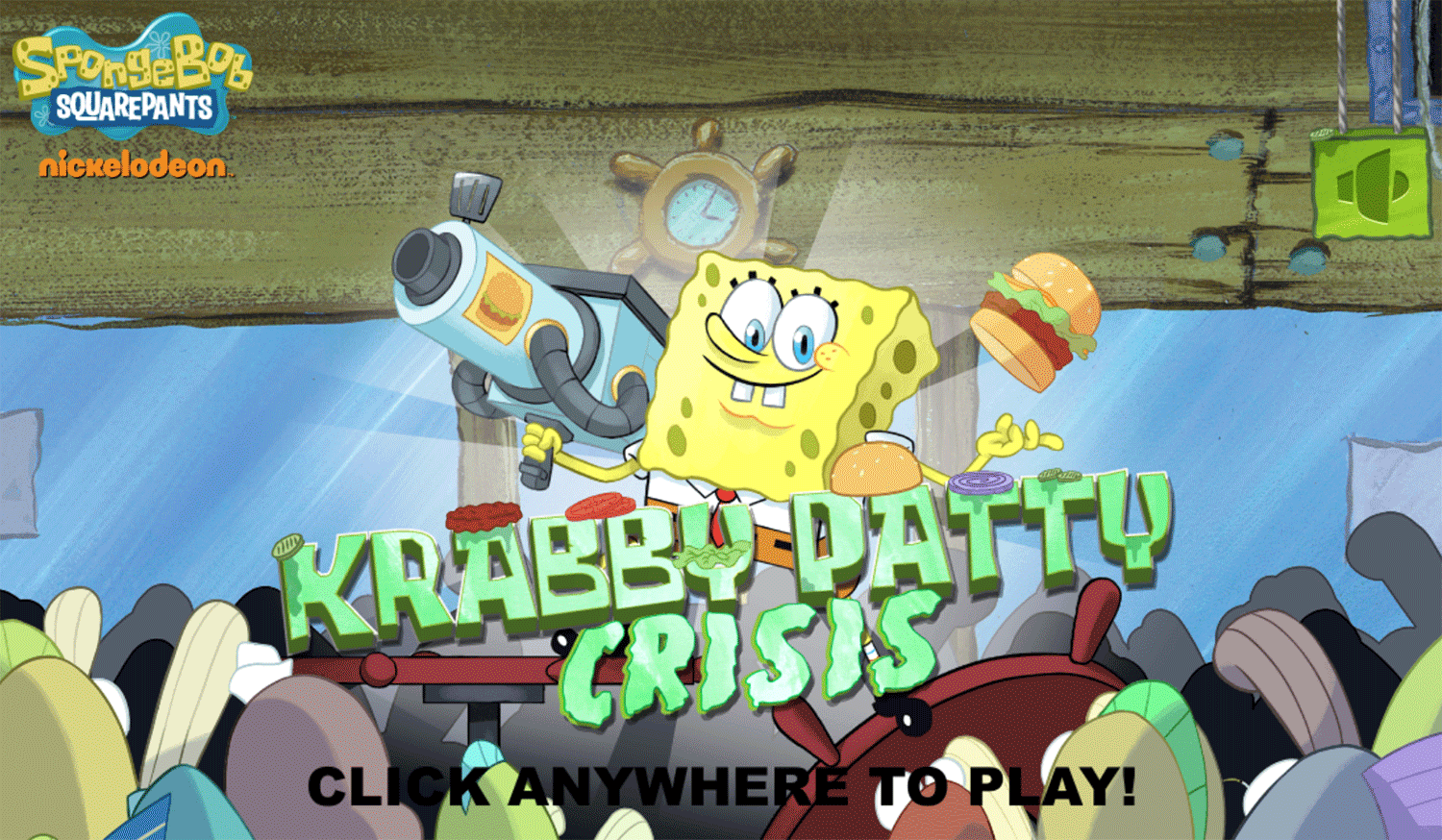 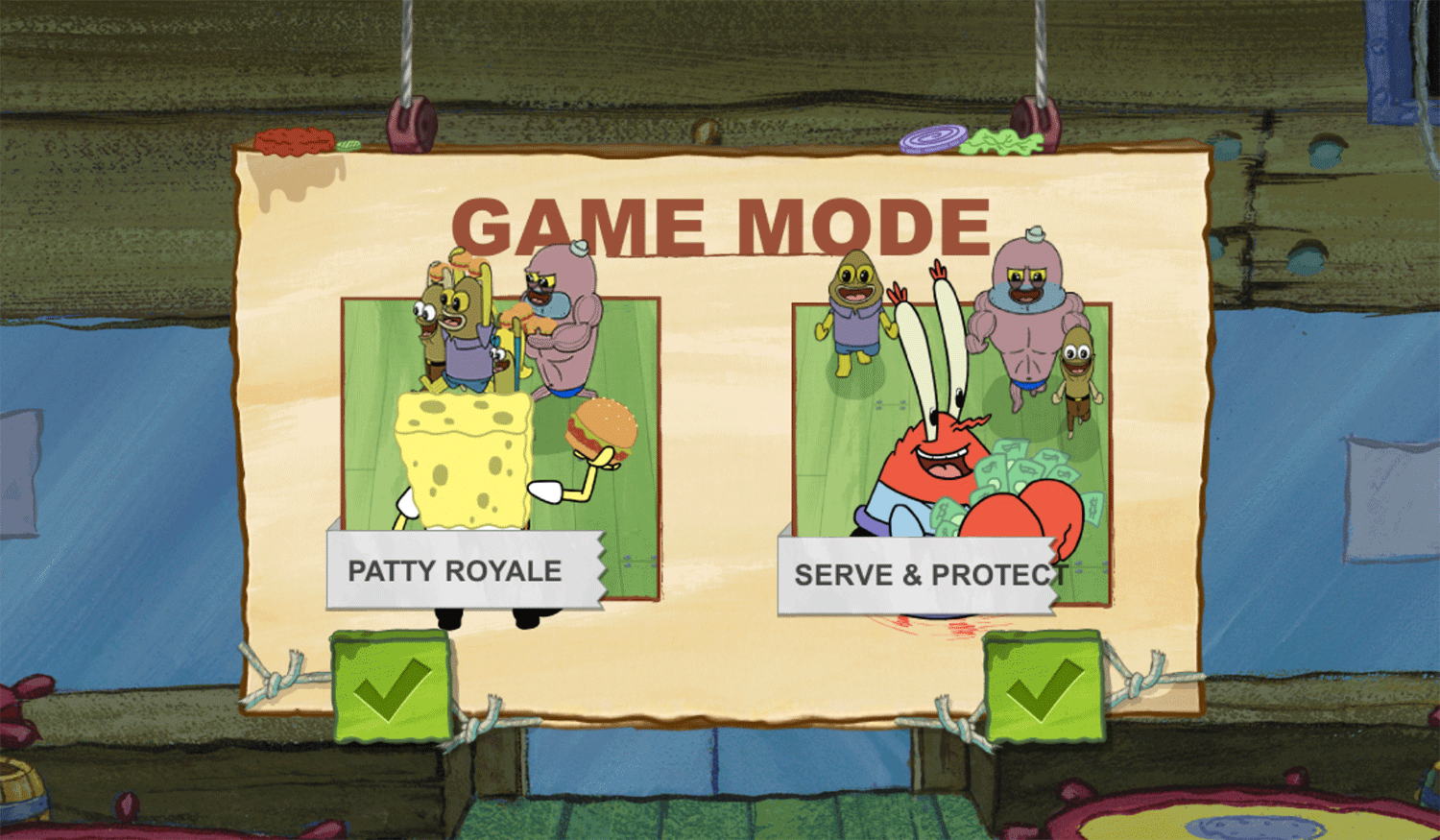 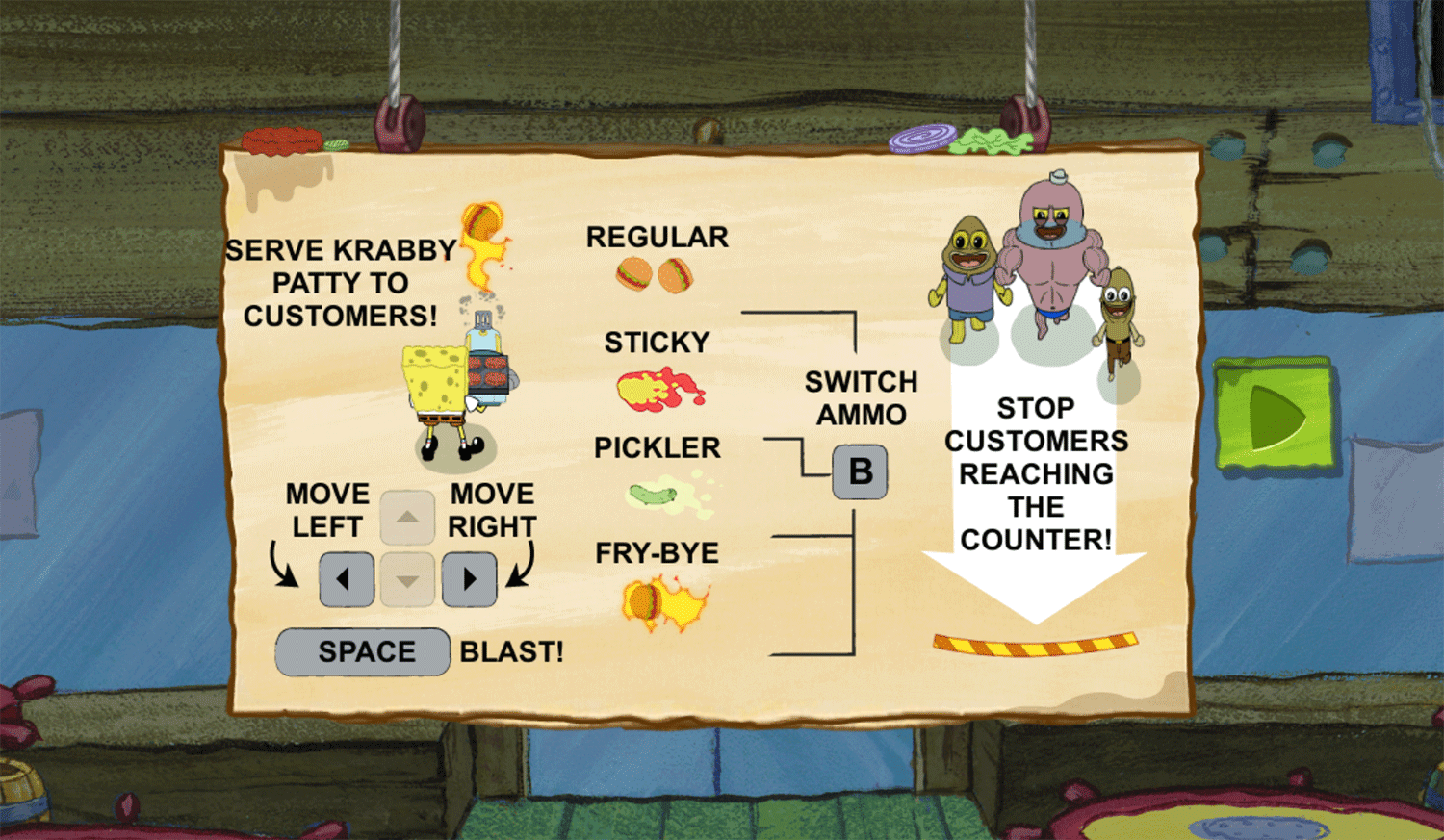 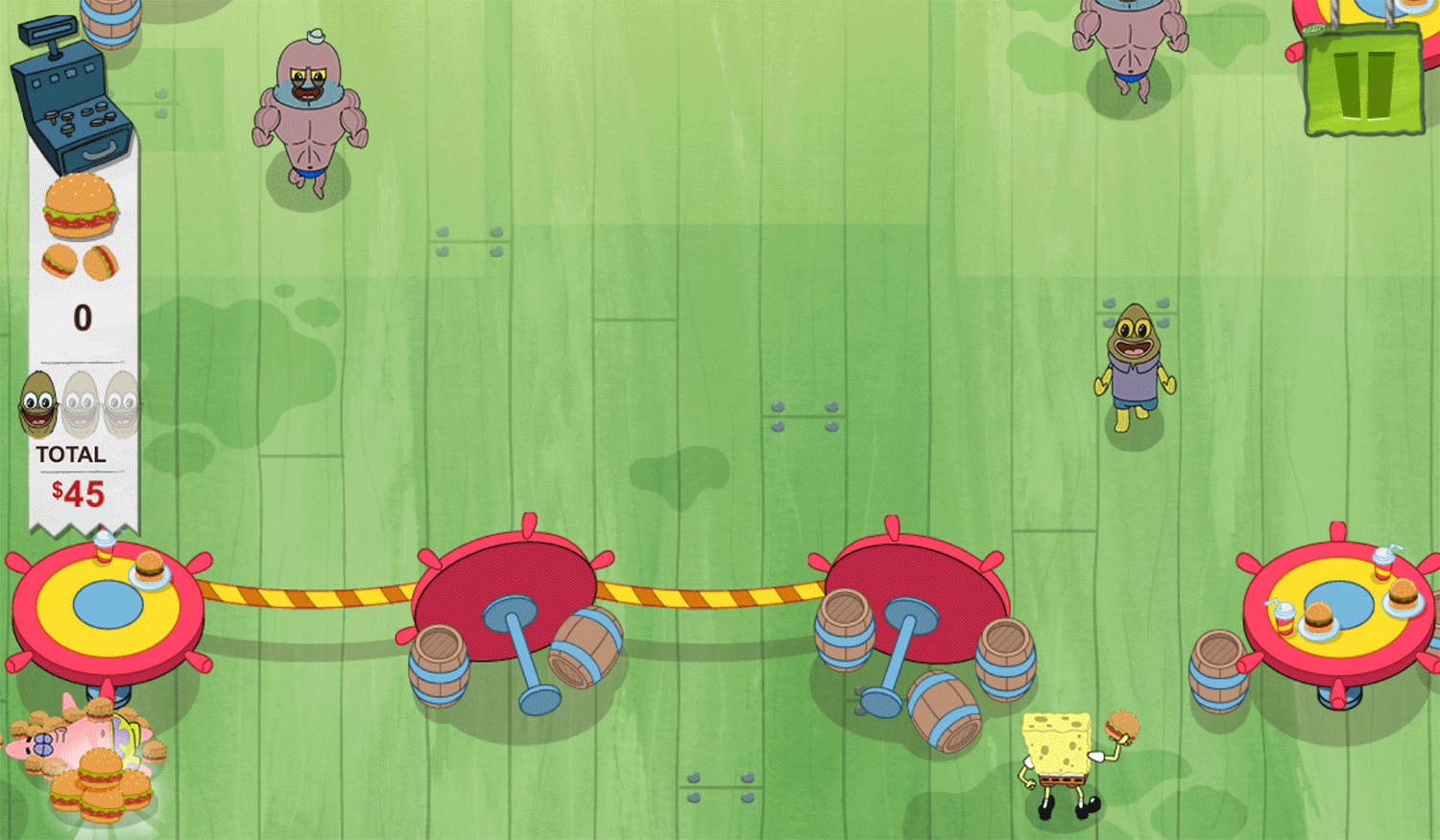 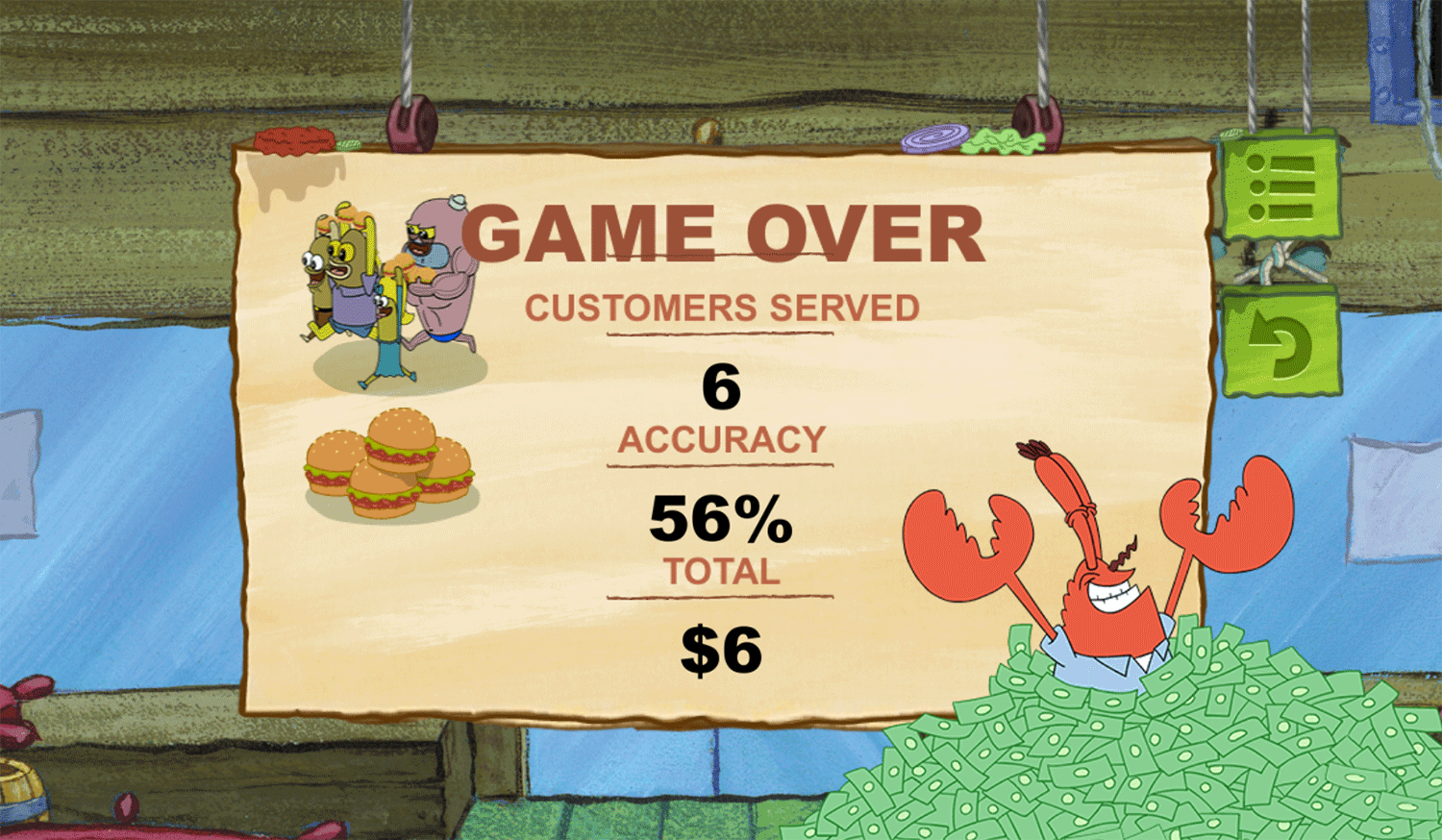 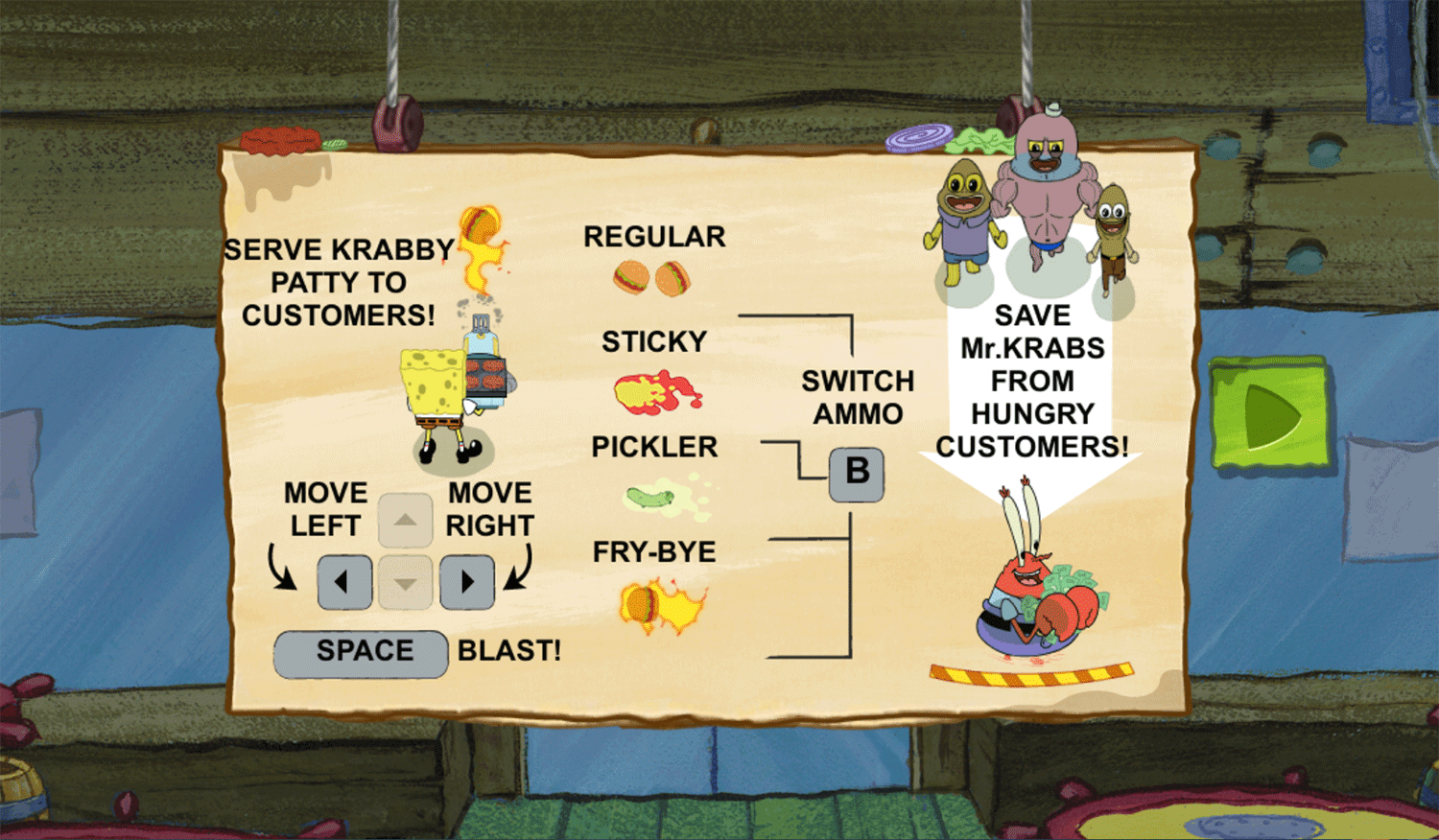 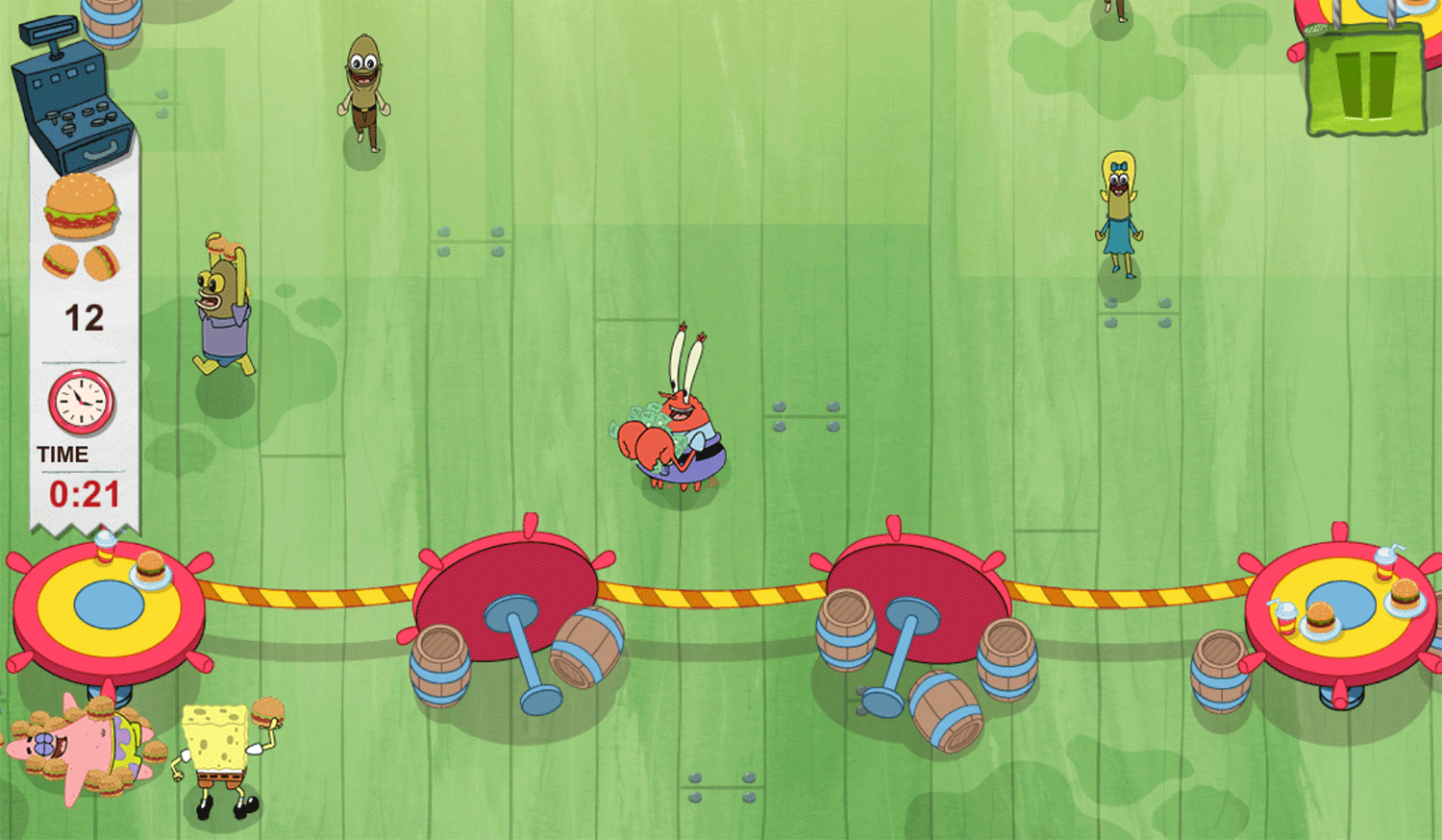 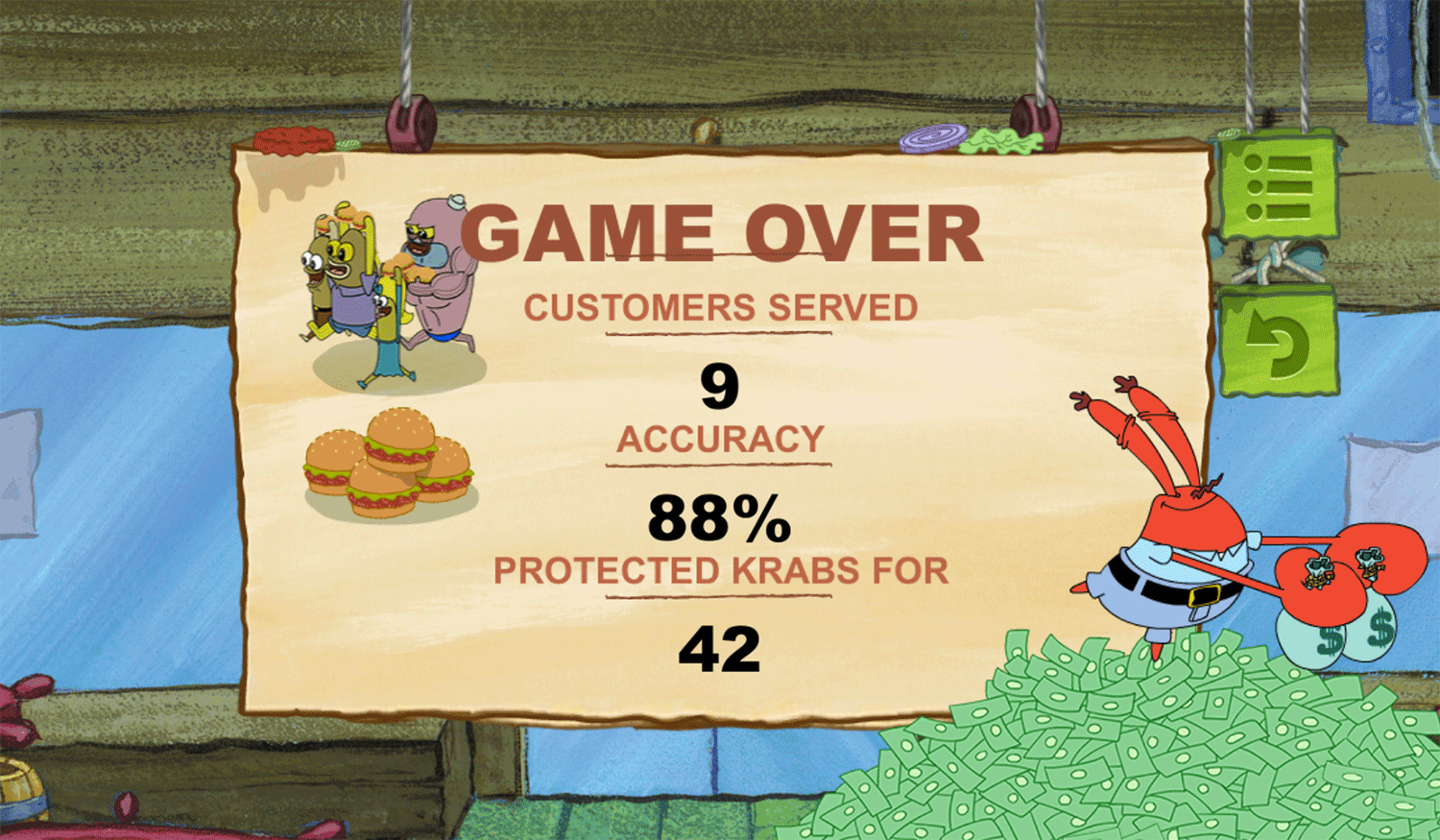 This game was published in these categories: Food, SpongeBob. You can visit any of them to select other fun games to play.