Play Poop In The Pumpkin Patch as a stand alone web app.

This is a timed whack-a-mole inspired smashing game based on the Beano cartoon series Dennis & Gnasher. Help Dennis clear out the pumpkin patch of the haunted creepy carved pumpkins that have possessed it on Halloween. But do avoid the unfortunate guys dressed as rutabagas who got caught up in this mess.

Children and parents can play this fun whack em all game by clicking in the window below.

Alternatively kids and adults can play this pumpkin smashing video game for free as a web application here.

Hit the pumpkins with a mallet as they emerge. Avoid hitting people dressed like rutabagas. 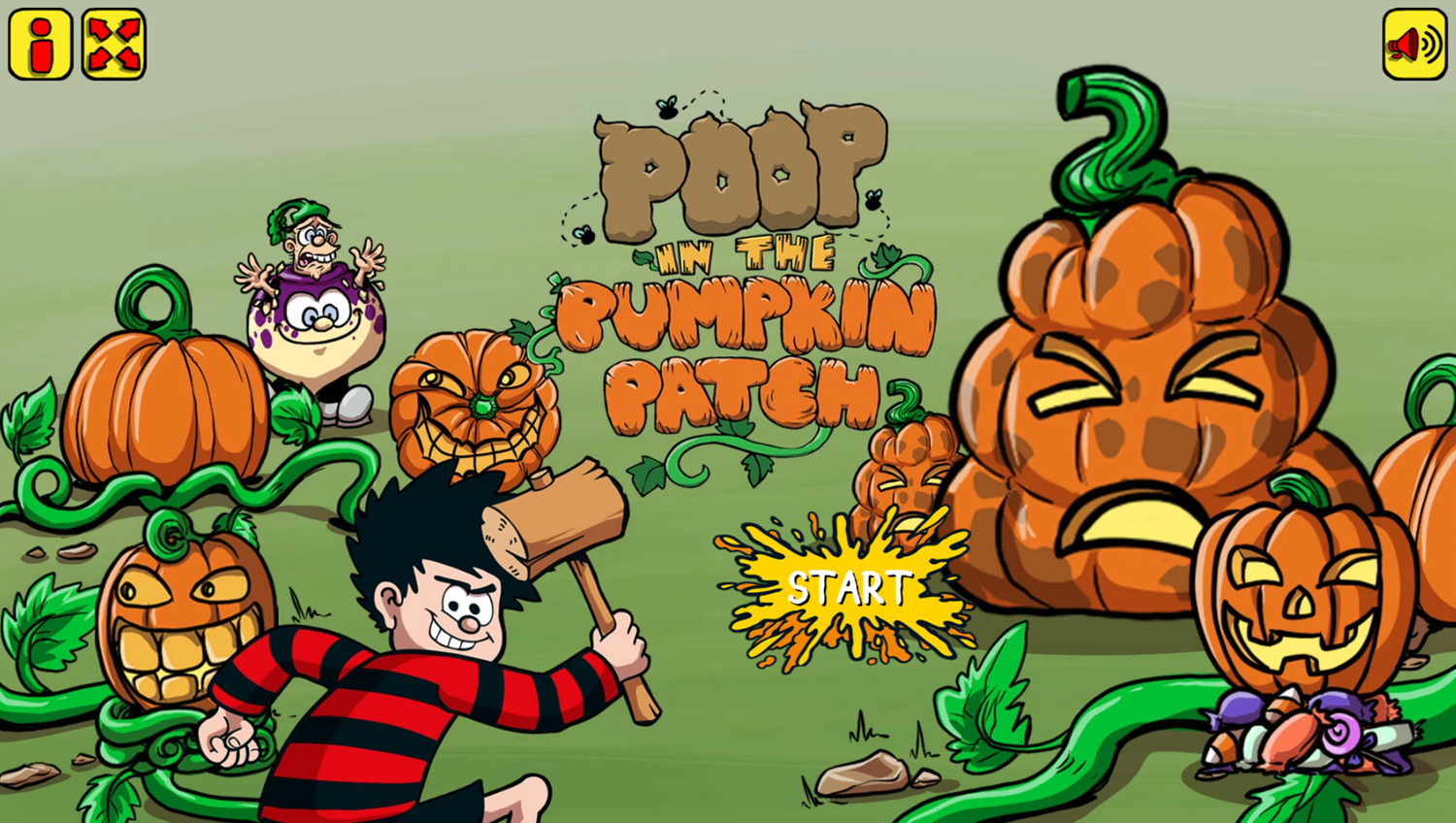 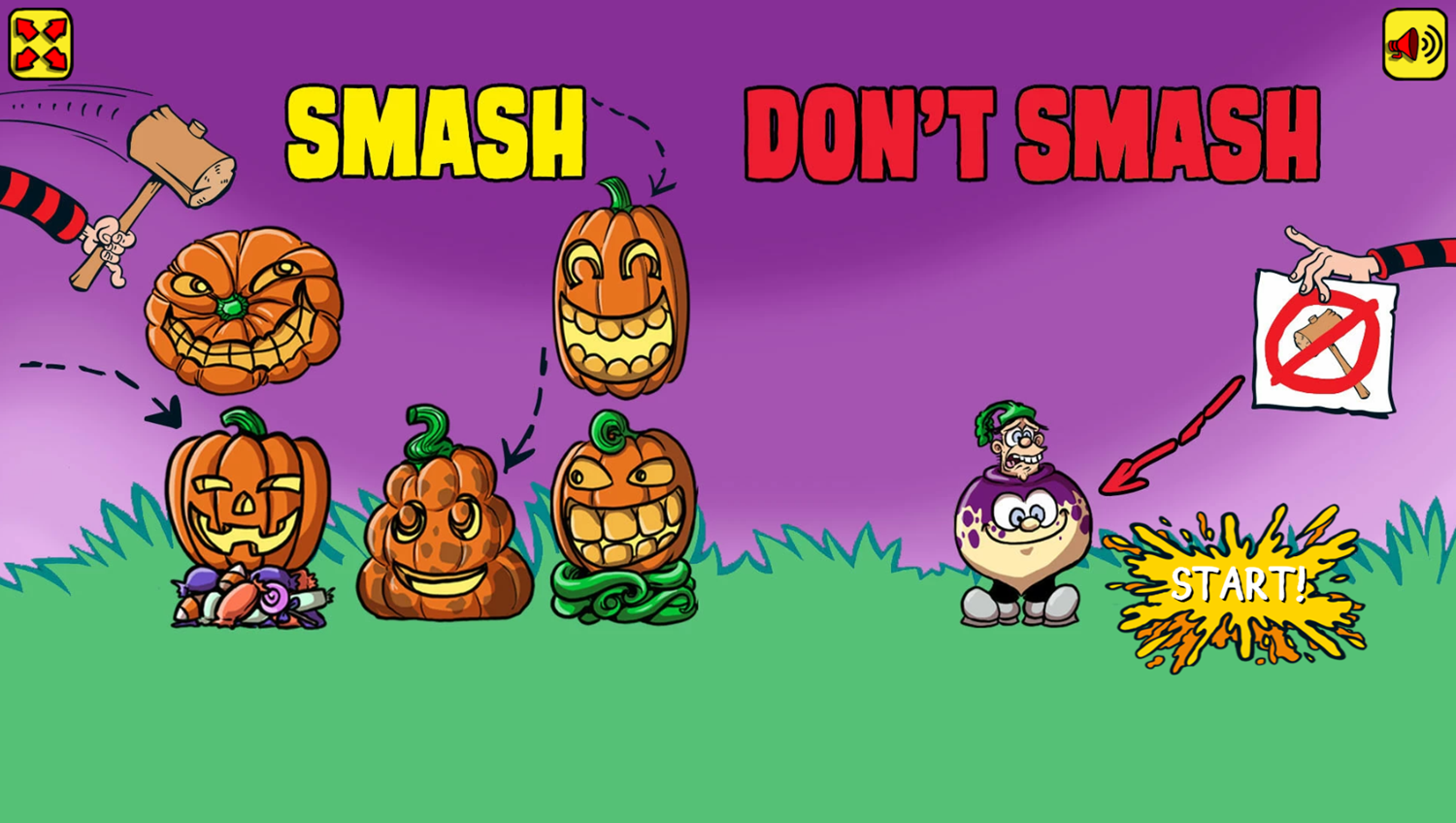 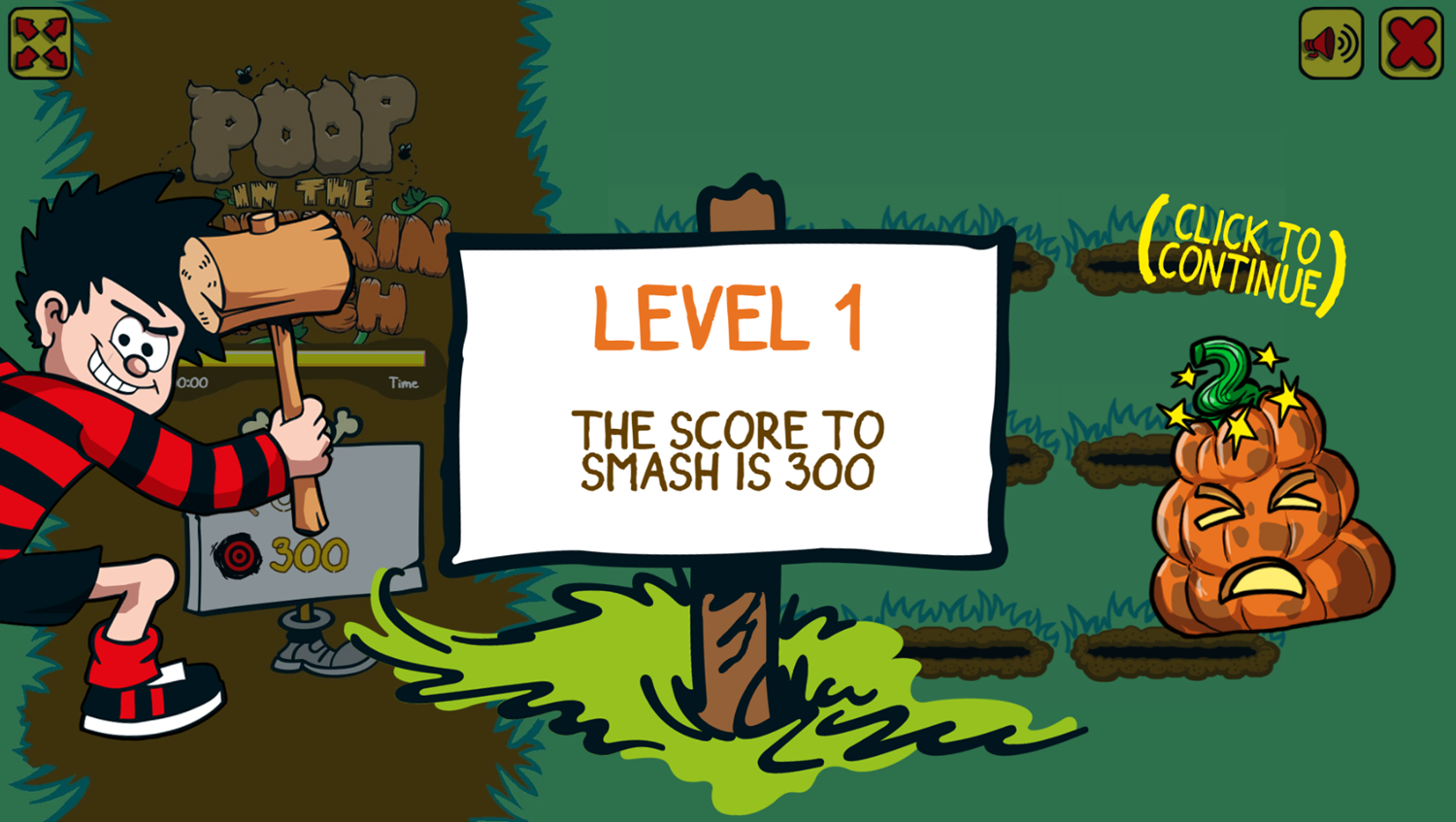 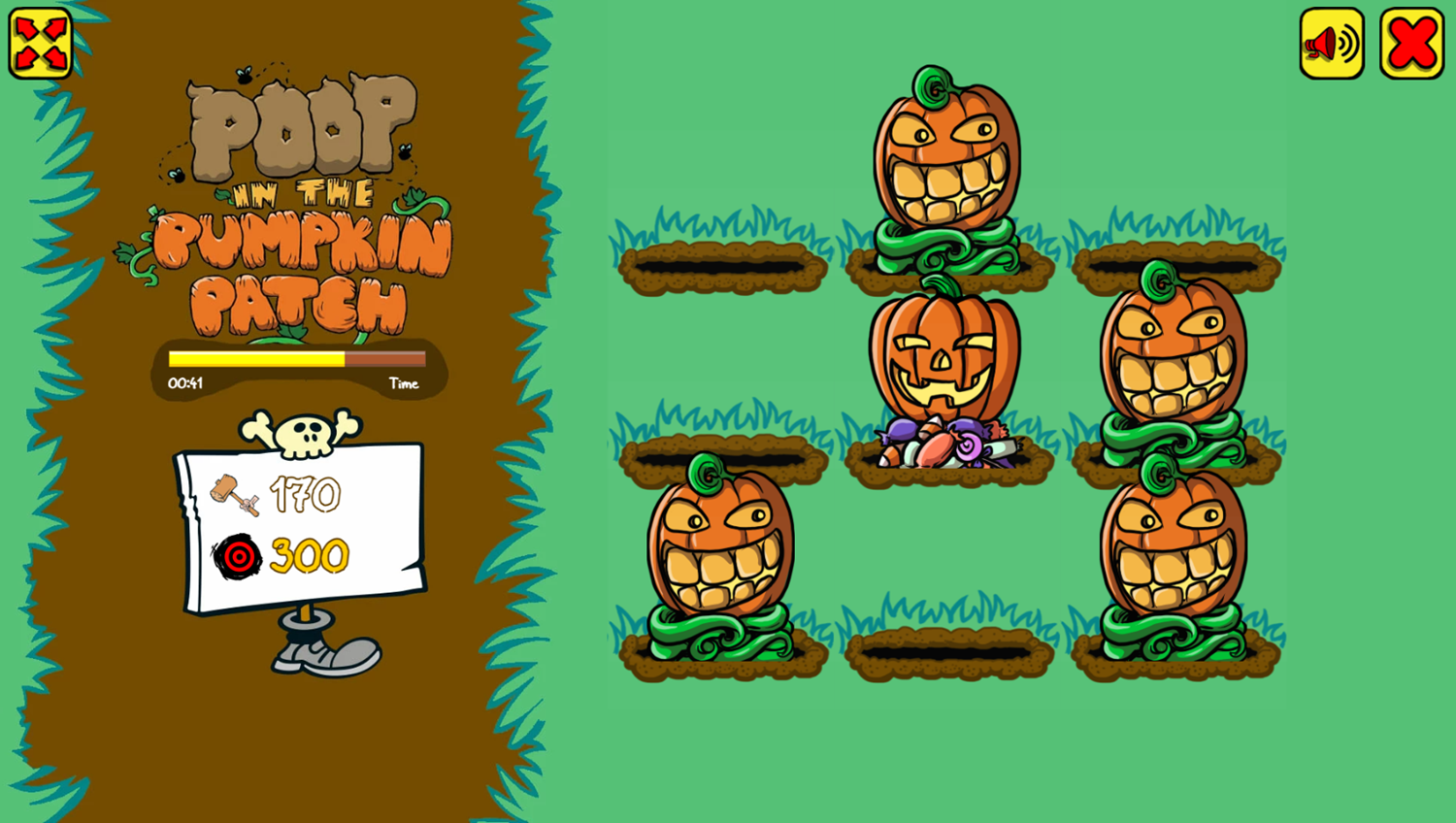 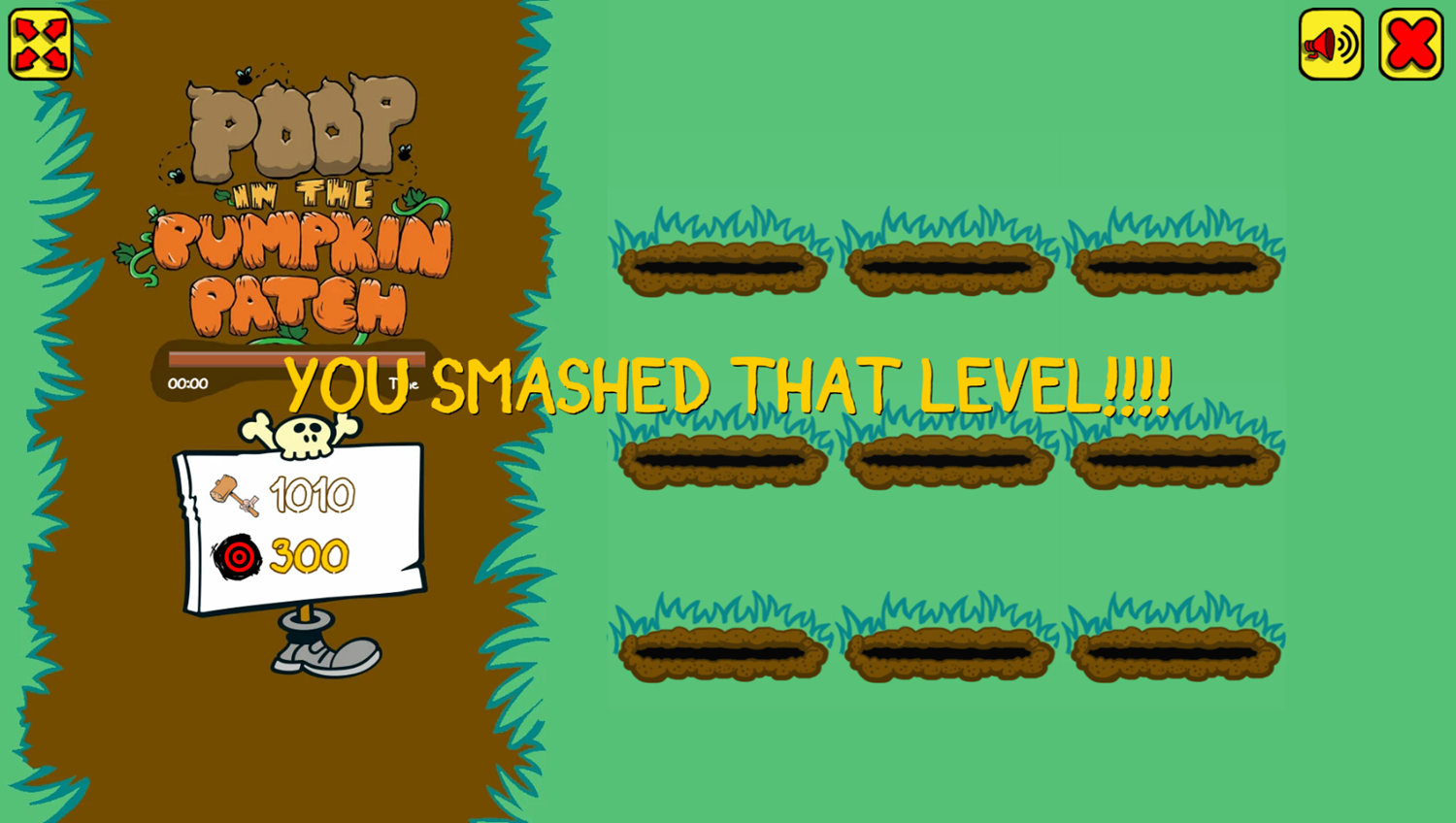 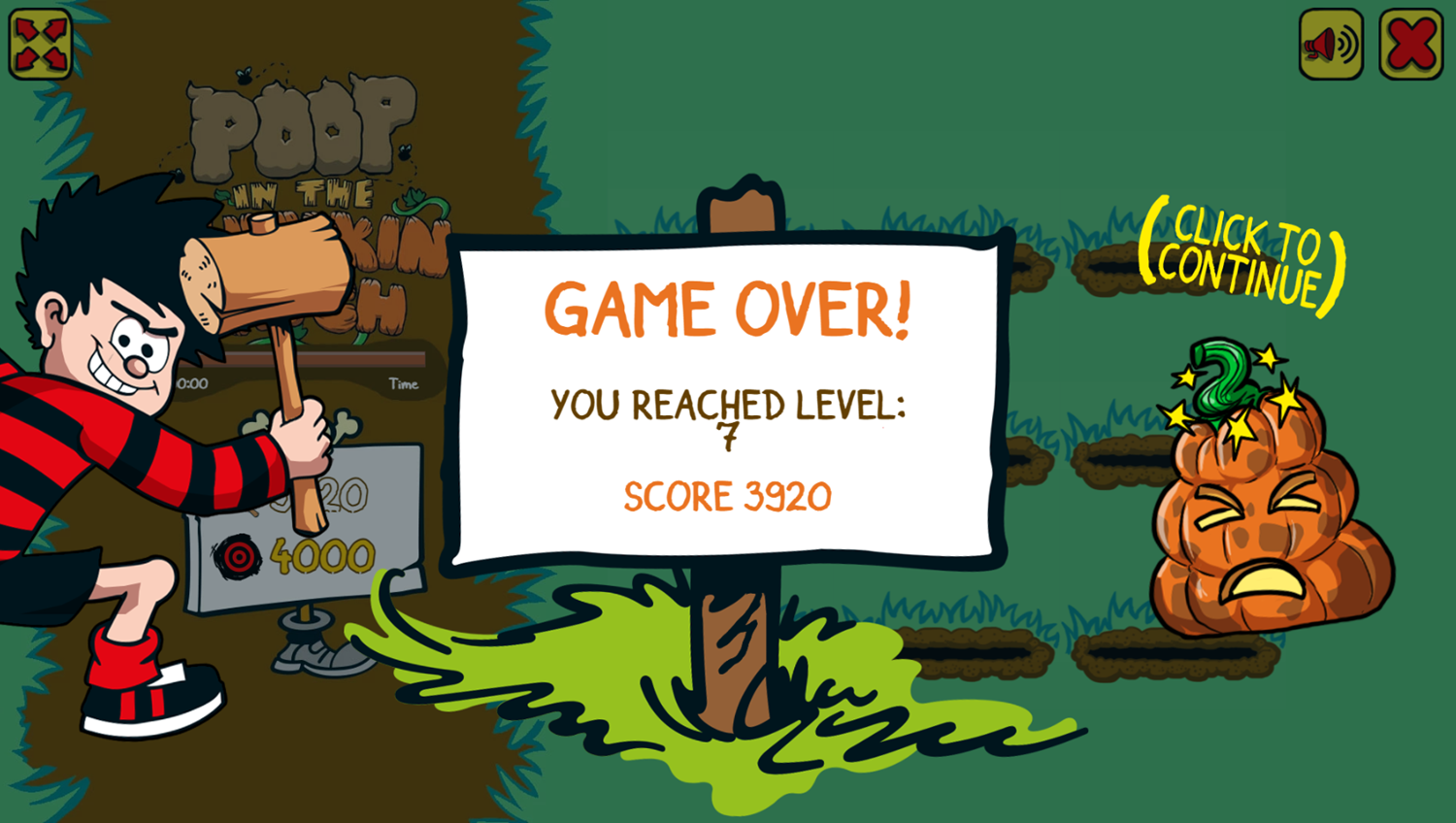 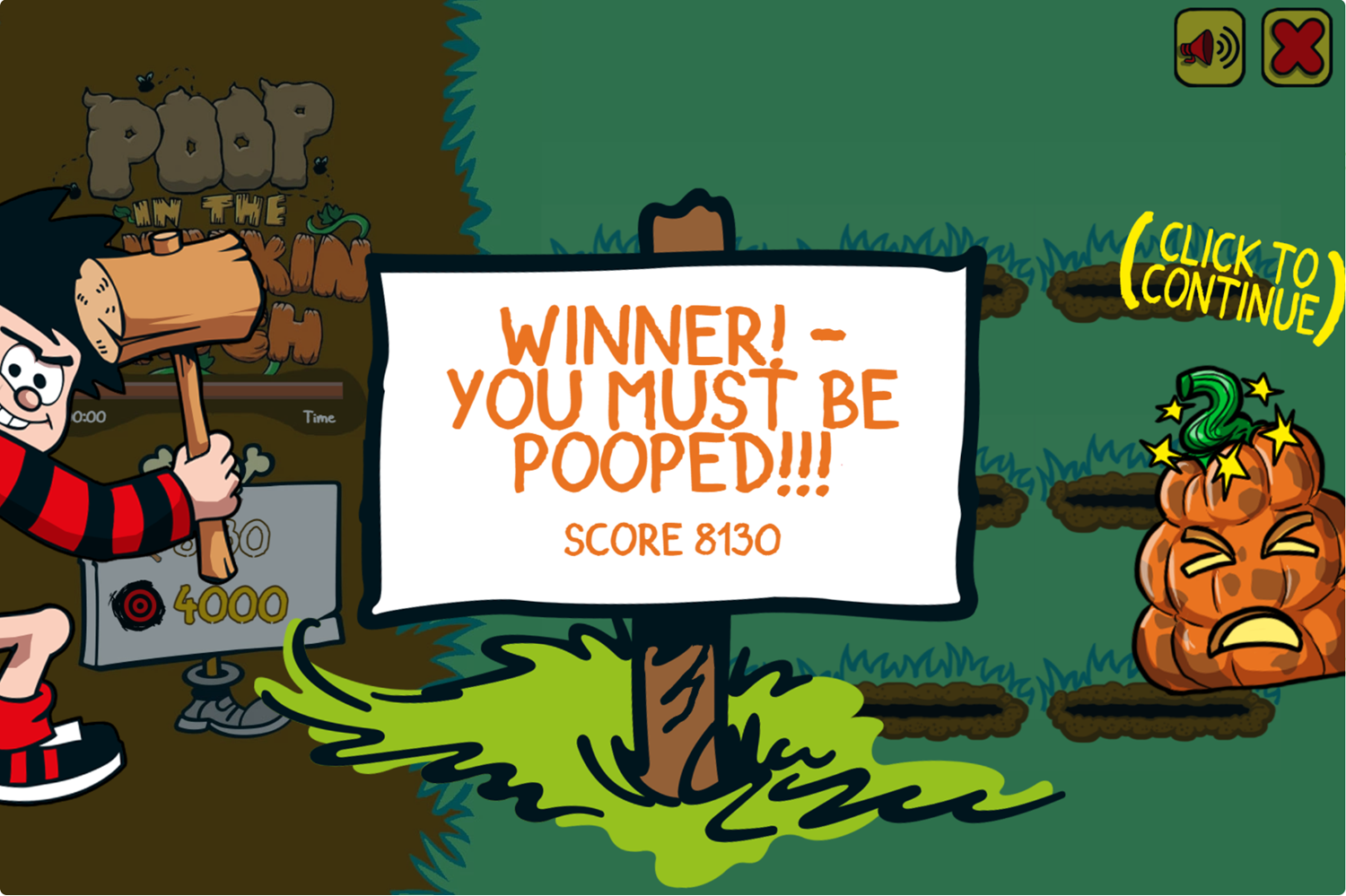 This game was published in these categories: Dennis & Gnasher, Idle, Tap. You can visit any of them to select other fun games to play.