This is a simple ascending game where you play as a llama, a mountain creature known for its sure-footedness. Ascend through the heavens and go as high up as you can. Be careful, though, as it’s a long way down.

Children and parents can play this vertical platform jumping game by clicking in the window below.

Alternatively kids and adults can play this llama jump video game for free as a web application here.

As a llama, ascend through the clouds as high as you can while picking up novelty hats. Avoid falling down or getting hit by scissors. 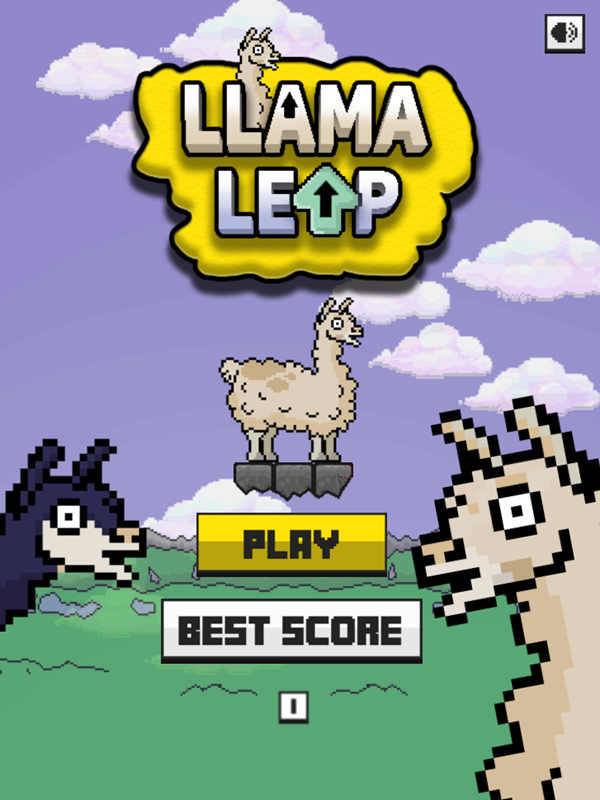 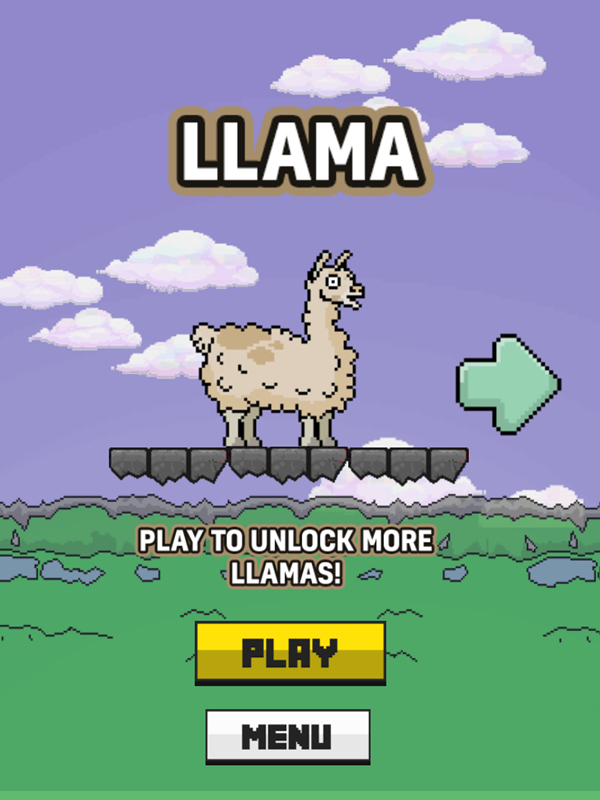 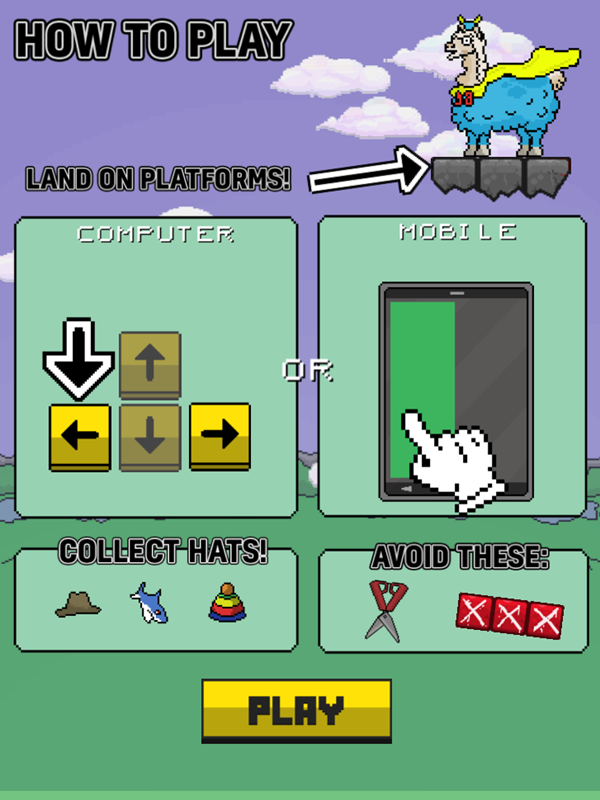 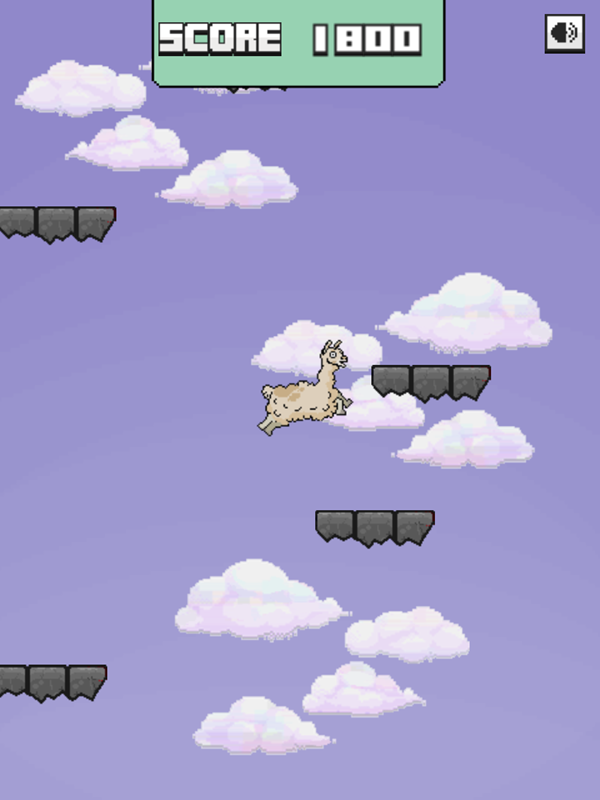 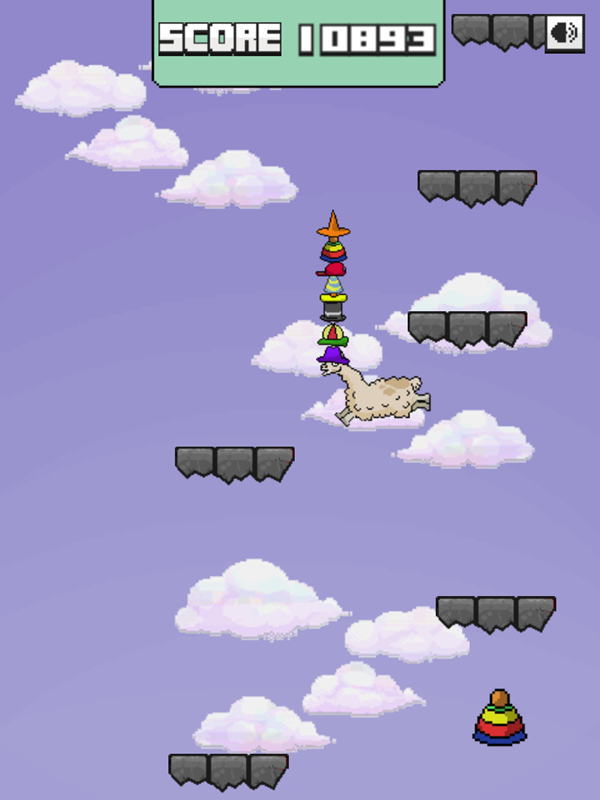 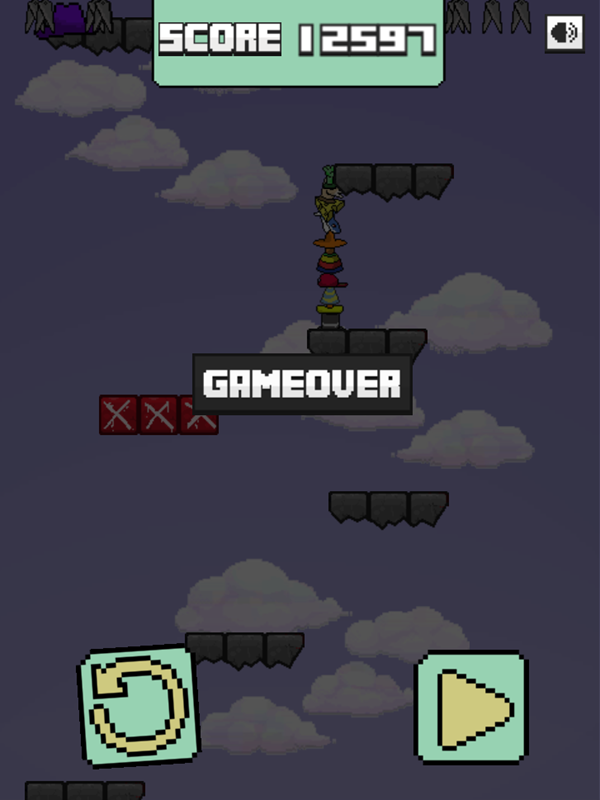 This game was published in these categories: Animal, Idle, Jumping. You can visit any of them to select other fun games to play.