Play Daily 15 Up as a stand alone web app.

Children and parents can play this number logic puzzle game by clicking in the window below.

Alternatively kids and adults can play this numerical grouping puzzle video game for free as a web application here.

Group the numbers into regions whose sum equals 15. 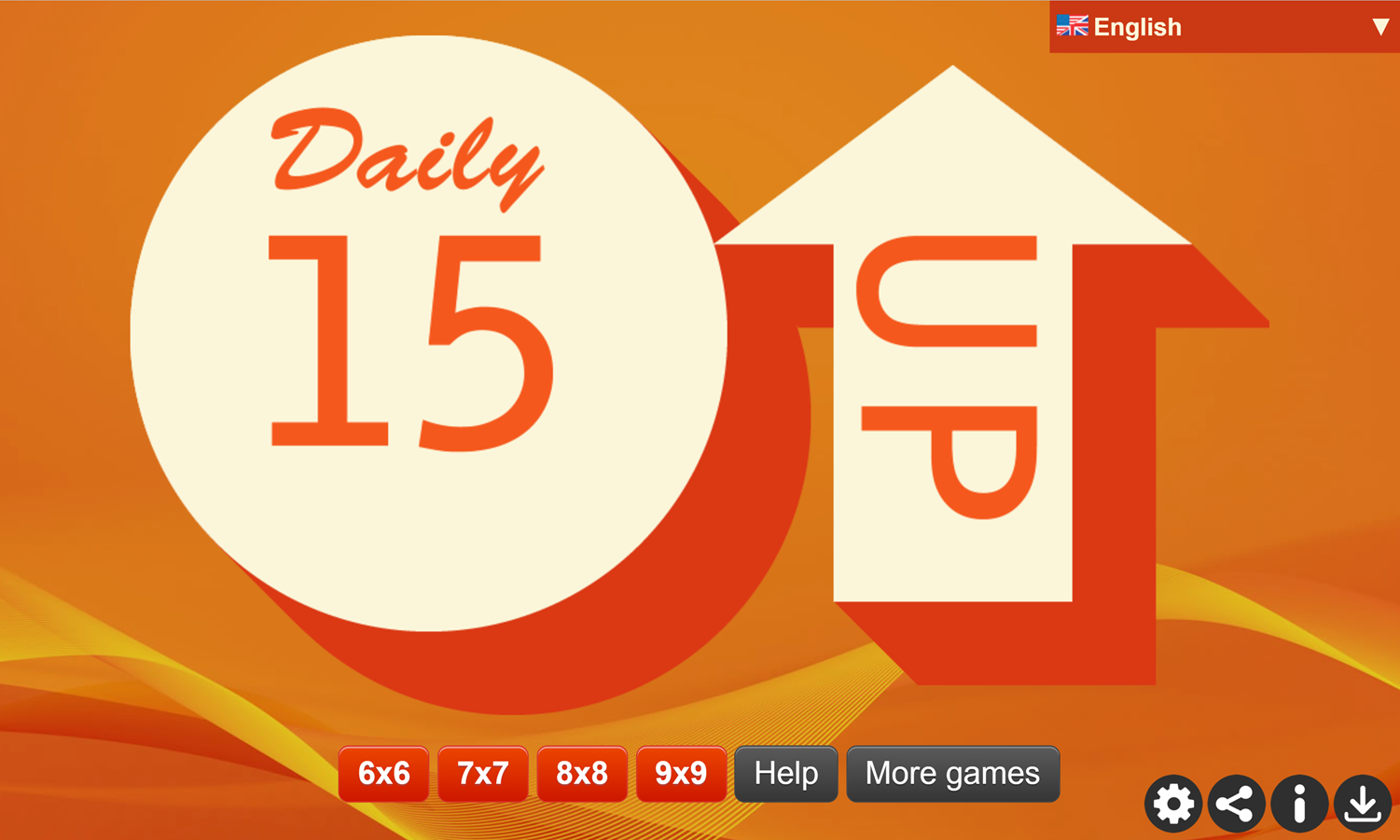 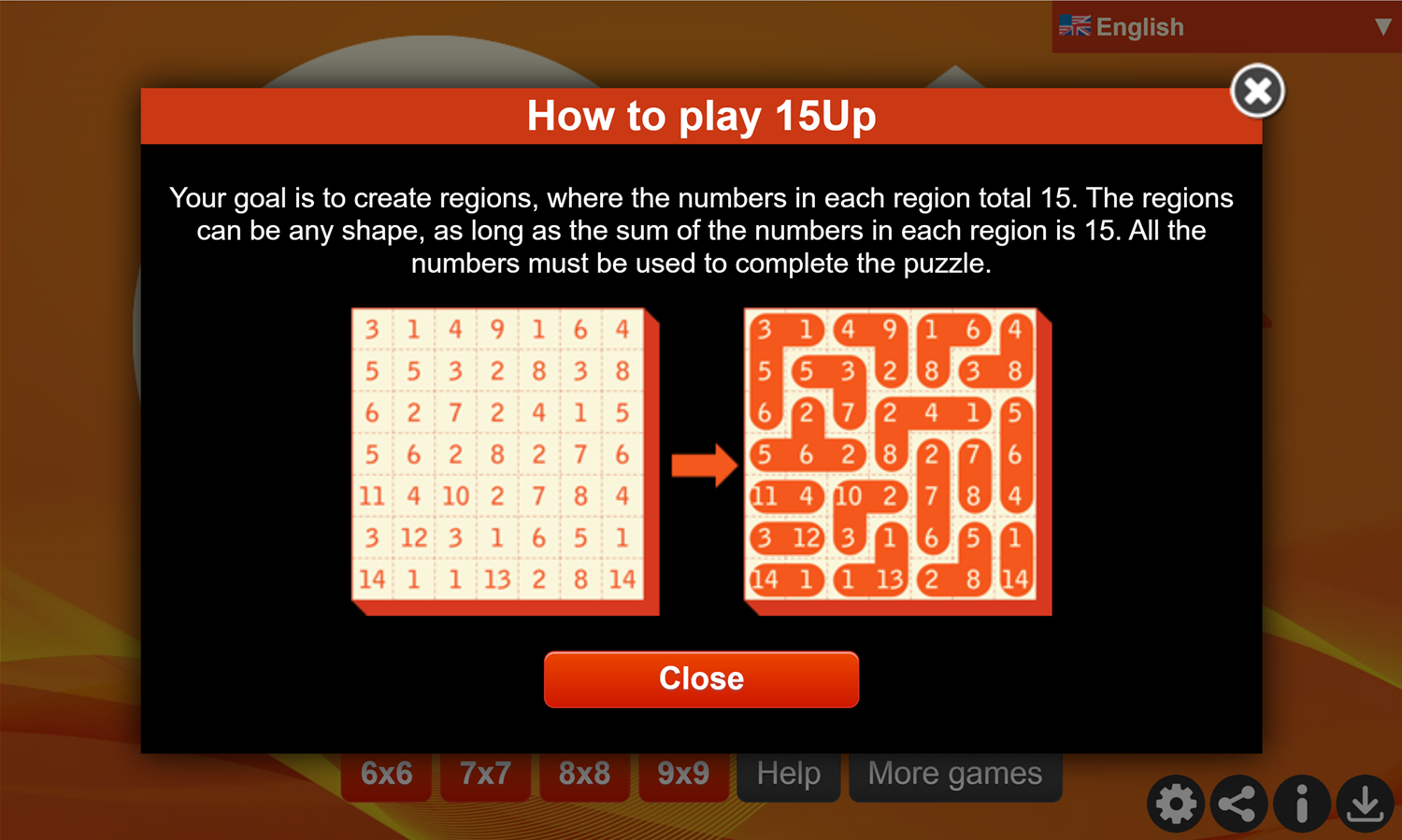 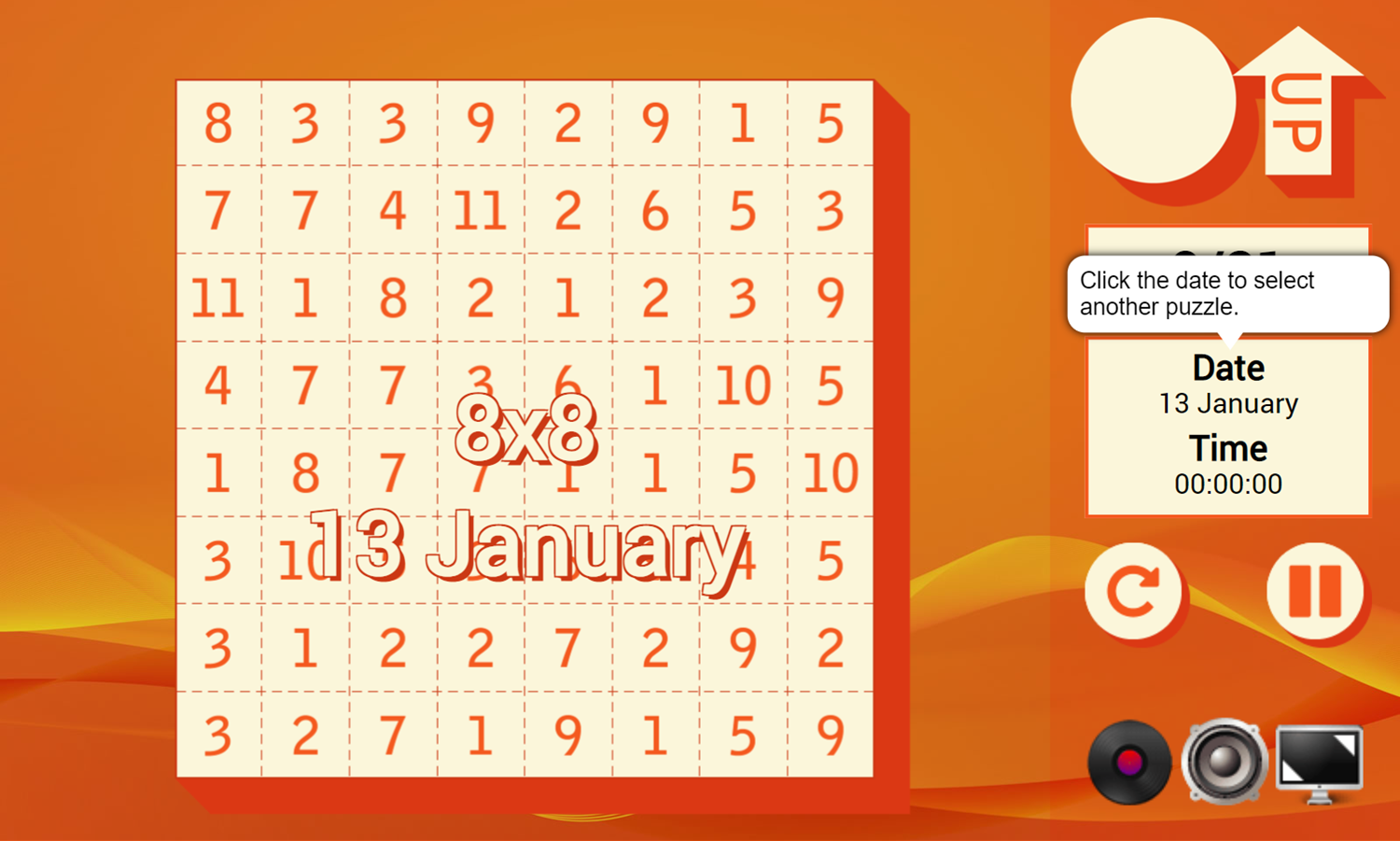 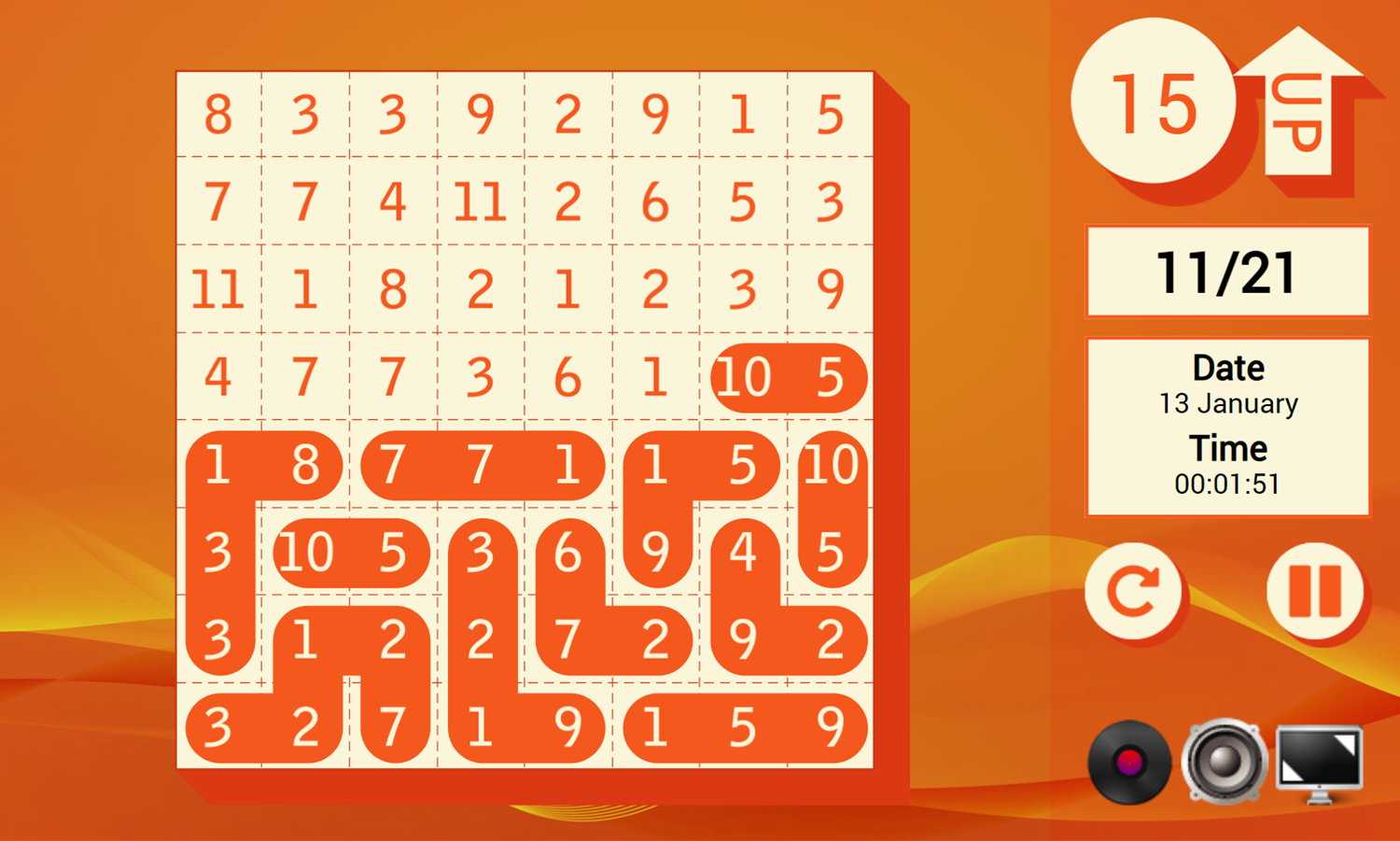 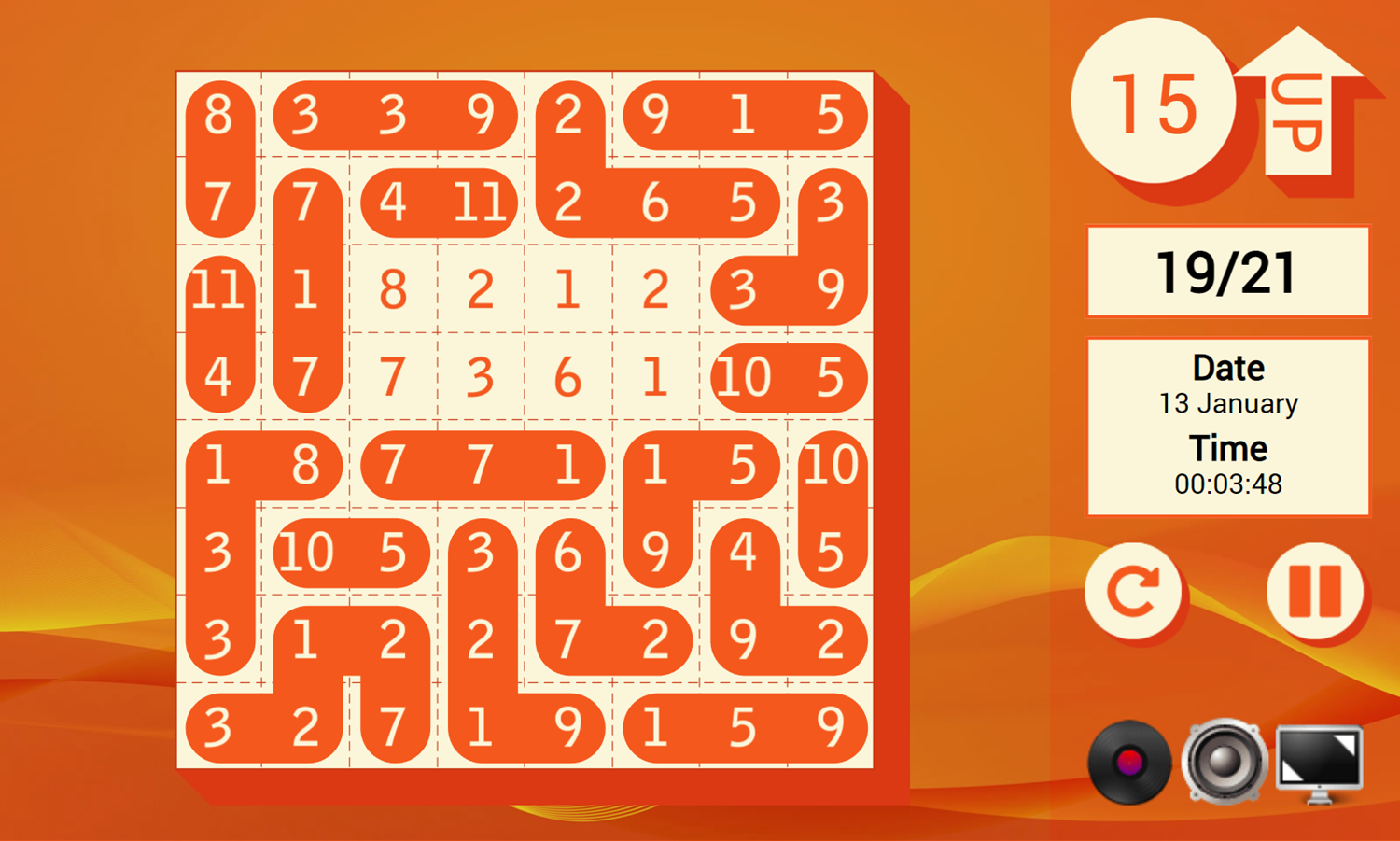 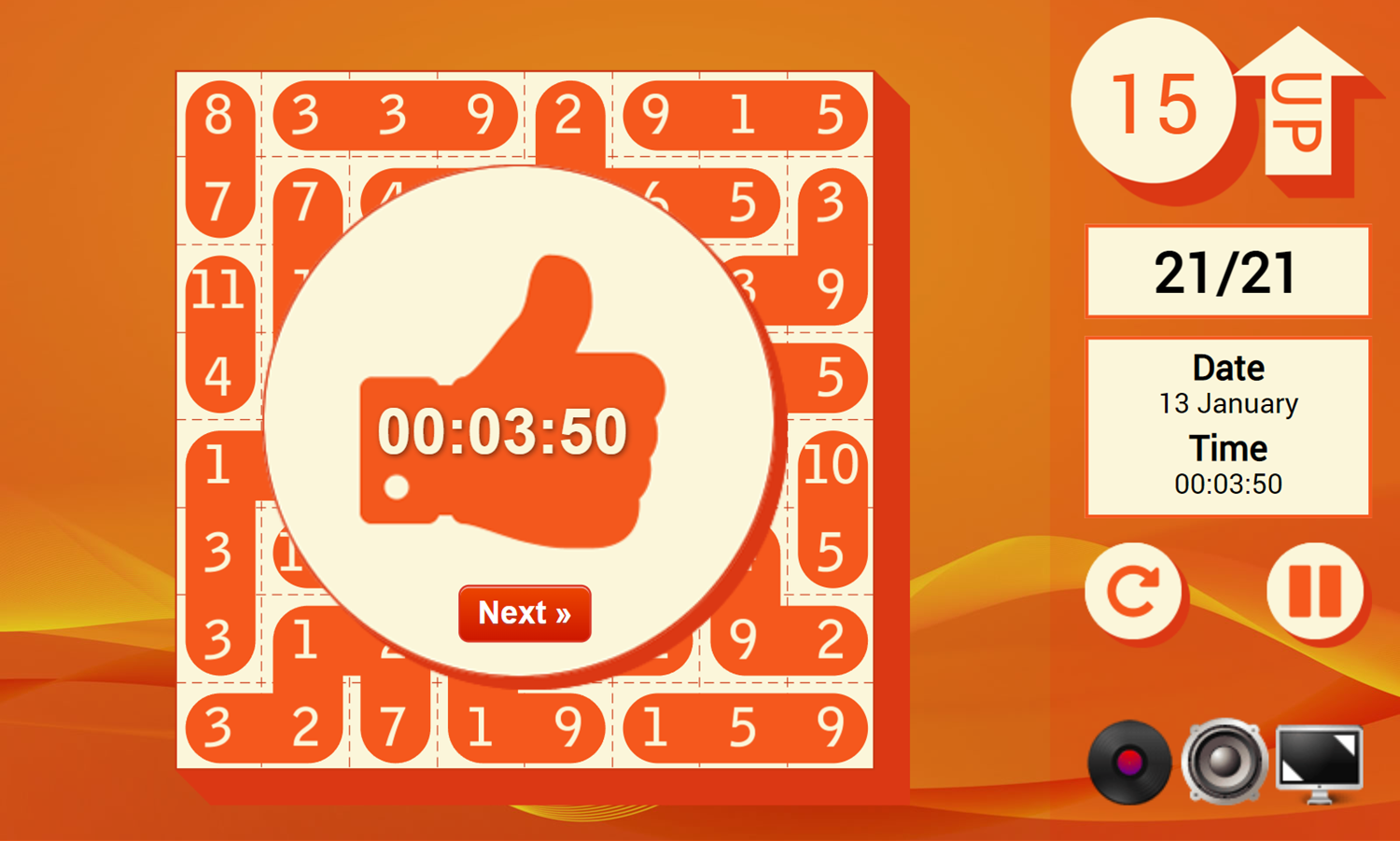